It's the end of January, which means it's nest-building time for Red-Tailed Hawks around the city. Just as we're hitting mid-winter, the birds are sensing a change coming and are gearing up for another breeding season.

This last week, I observed Christo and Amelia busily assembling their (2) nests in Tompkins Square. They have put a lot more effort into the nest site in the Locust tree by the Temperance Fountain, which is where Christo and Dora nested in 2017. If you look back at that post, you'll see the details are nearly identical.

Except this time, we have Amelia standing in for Dora. 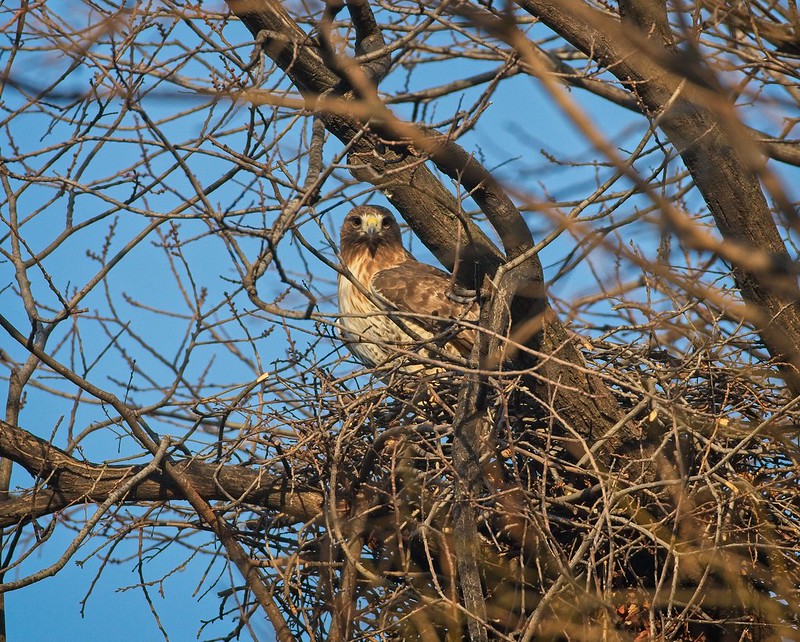 It's been interesting to watch Amelia work. She is full of energy and stamina, not slowing down a bit while she's collecting sticks and arranging them to her liking. 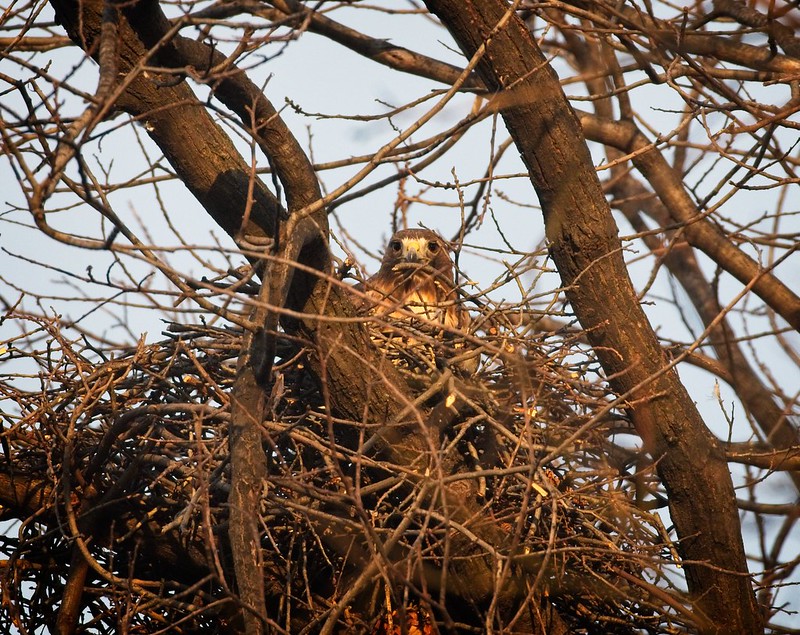 This shows the scale of the nest. It's significantly larger than it was two weeks ago. 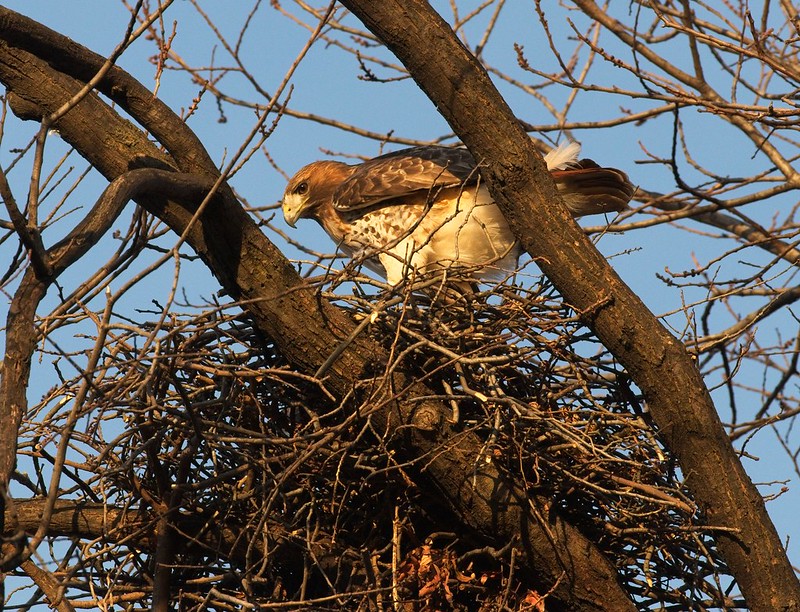 Christo flies in with a stick: 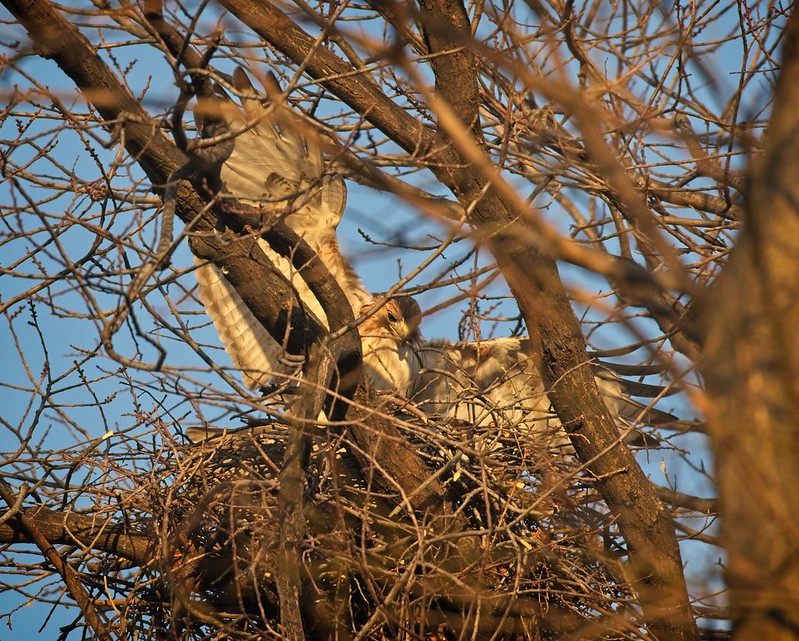 As is tradition, Christo gathers seed pods from a favorite Redwood tree. 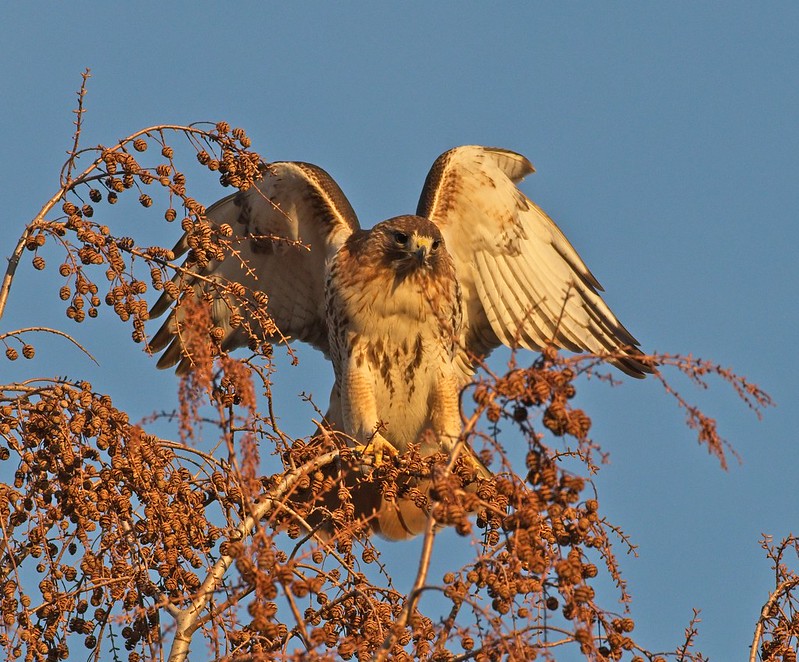 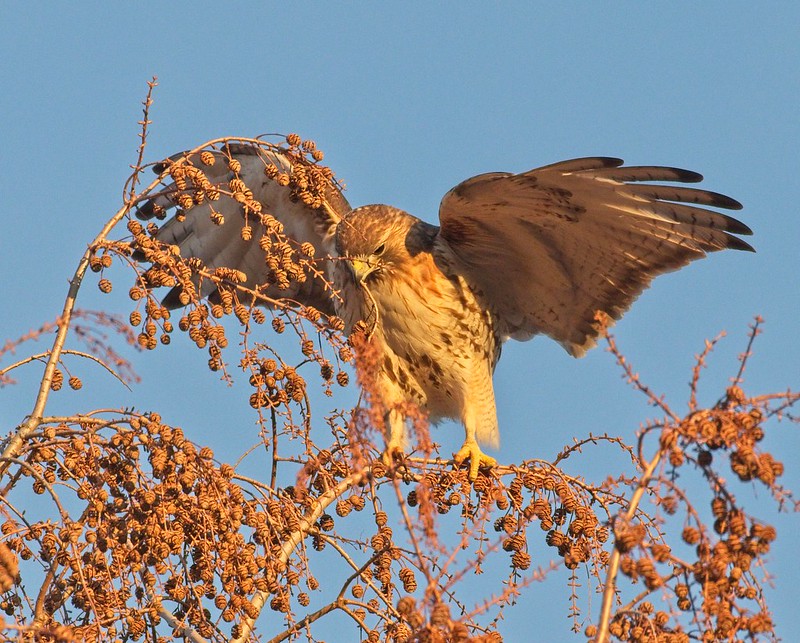 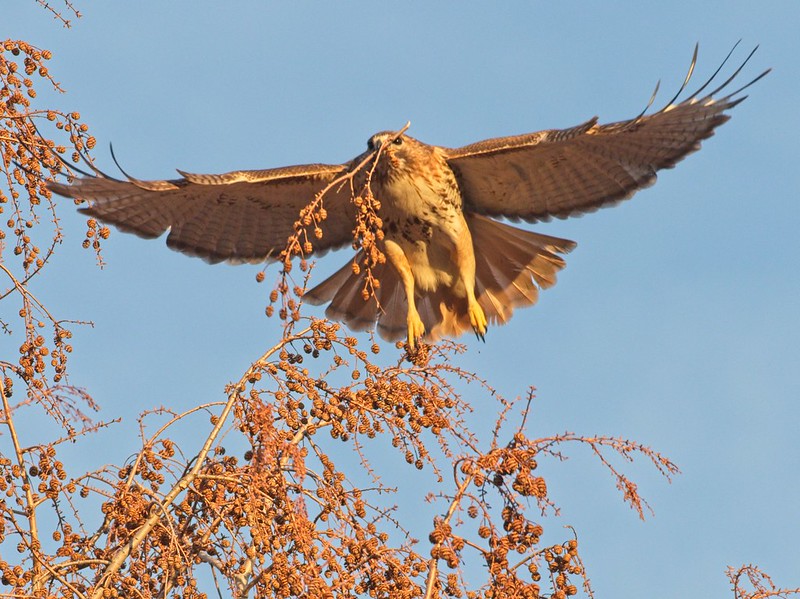 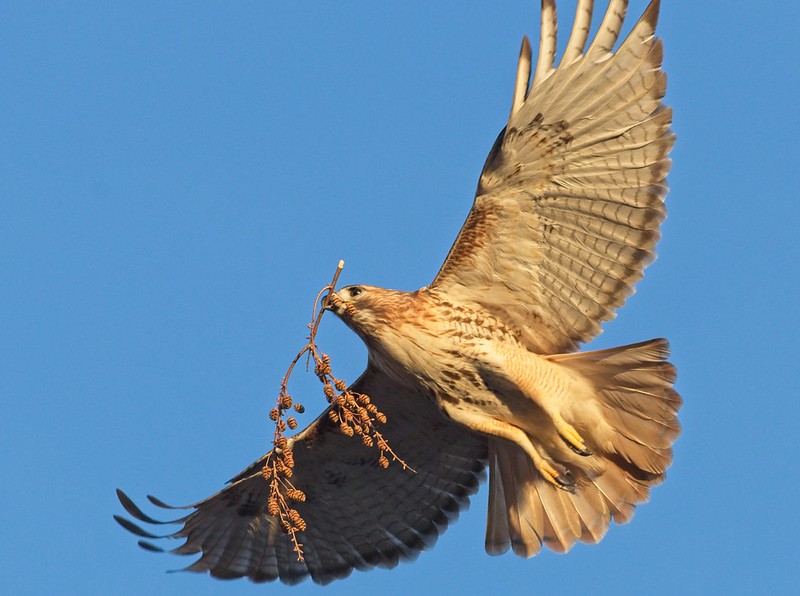 If this looks familiar, this is because Christo has done this every year he's had a nest in the park. Here he is gathering seed pods from the same tree in 2017: 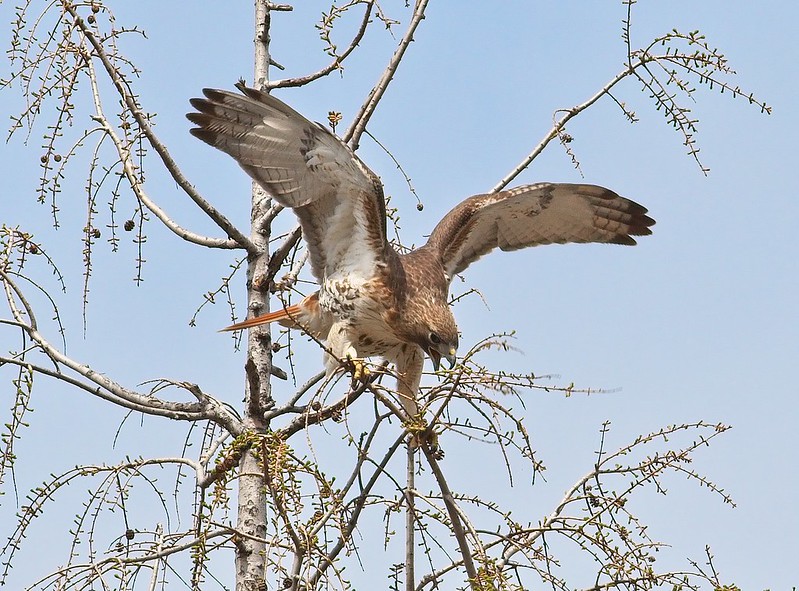 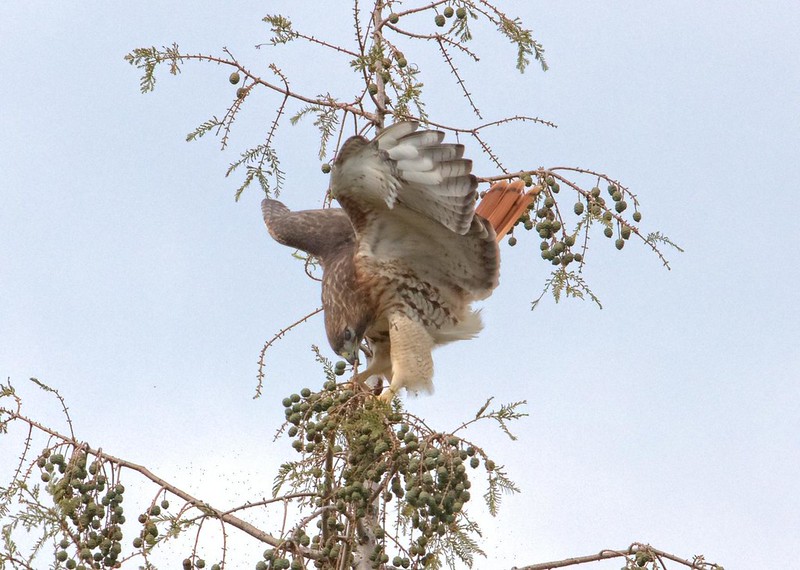 Some people say the hawks gather certain leaves and other nesting material that contain insect-repellent properties. I've tried researching the benefits of Redwood seeds and can't come up with anything definitive, so if anyone has any information, I'd love to hear it.

Similarly, Christo also takes bark from Chinese Scholar trees every year for his nests. The bark serves as a soft lining for the eggs and chicks, but may also contain aromatic or insect-repellent properties. 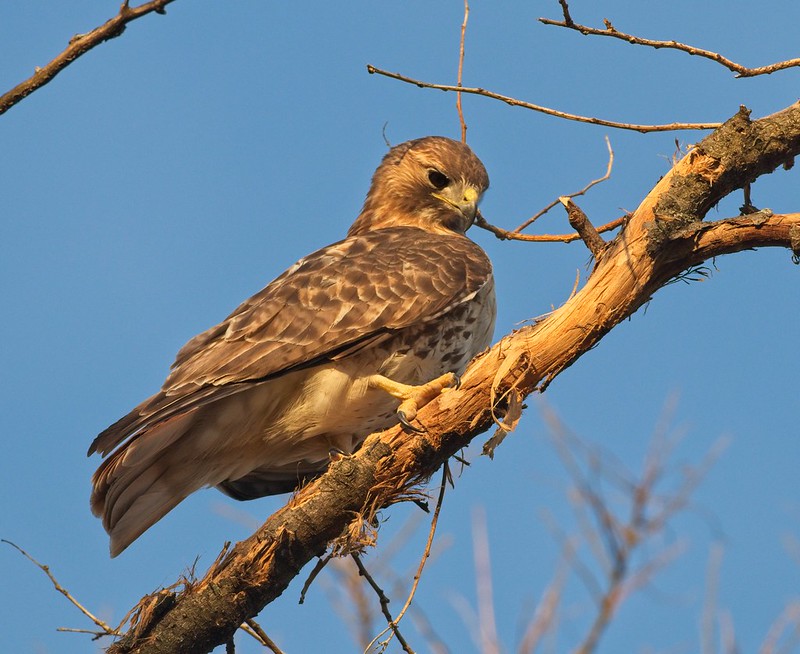 Christo tears the bark off the branch with his talon: 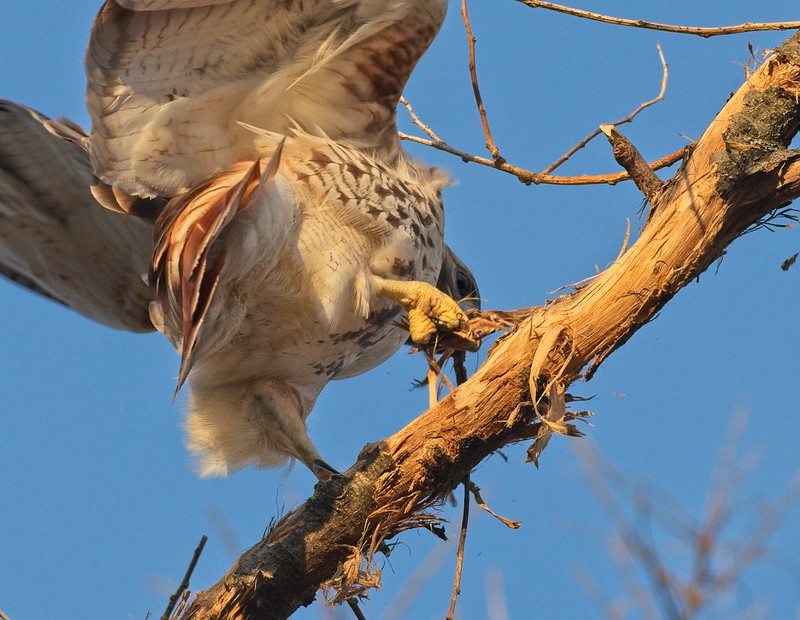 Christo removing bark from a Scholar tree in 2017: 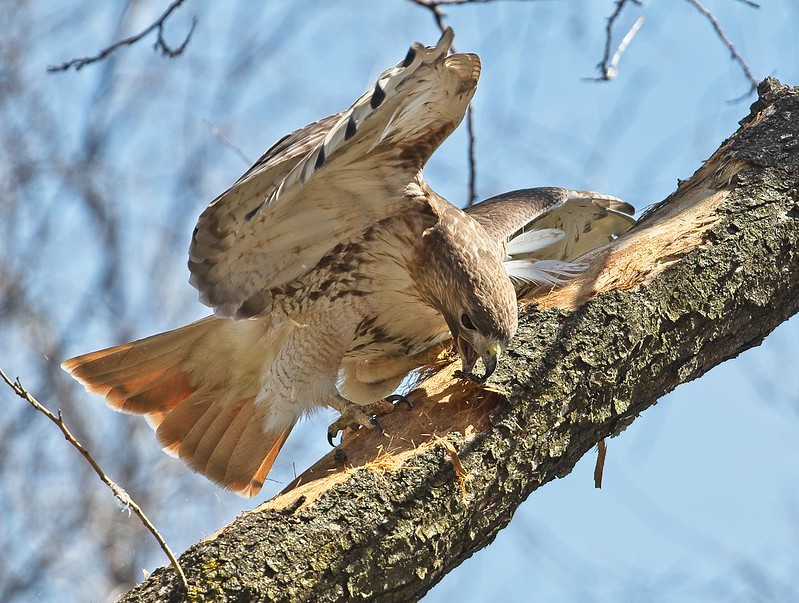 How to the hawks choose their sticks? I have no idea!

I have noticed, though, over the years, that if they drop a stick on the ground, they will not retrieve it. That seems like such a waste, especially after so much hard work goes into breaking the sticks out of the trees, as seen below as Christo hangs upside-down over the dog run to break off that one perfect stick. 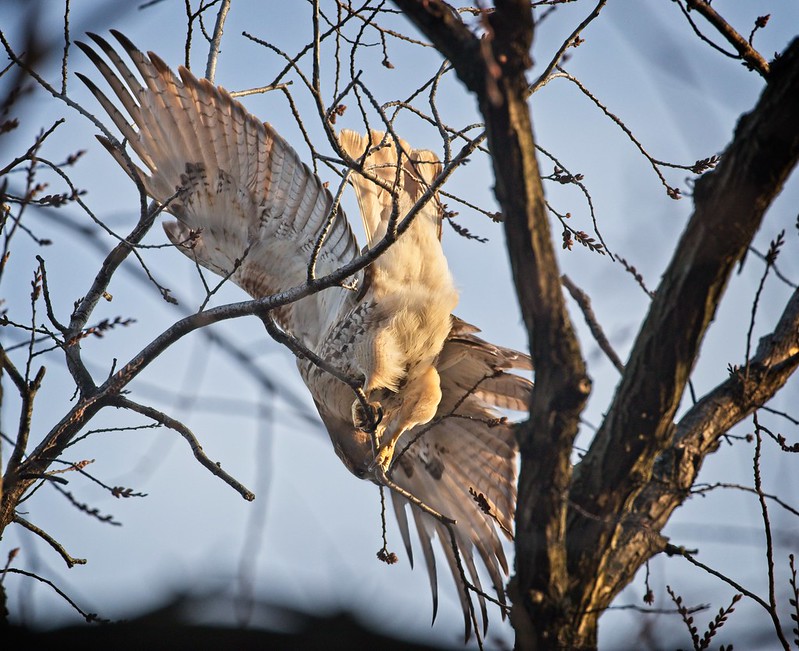 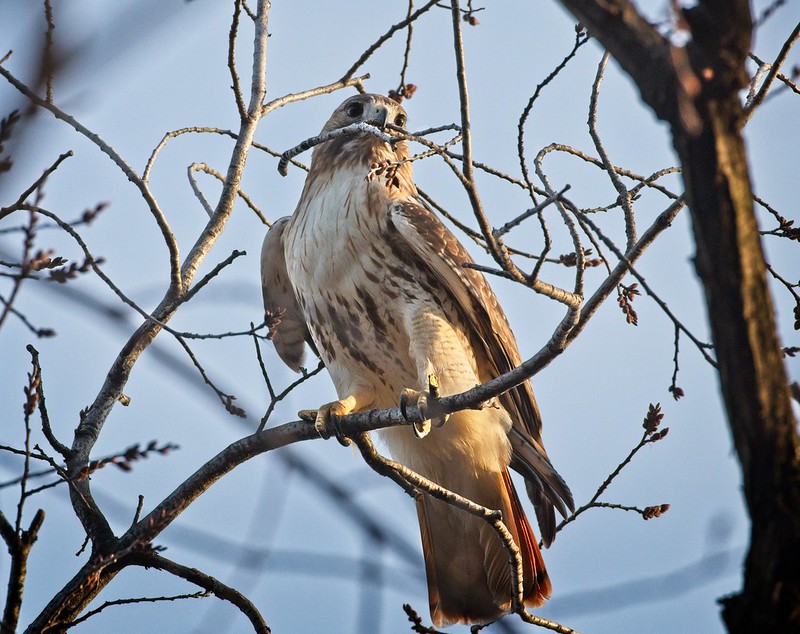 Meanwhile, Amelia was on the other side of the park collecting sticks from an American Elm tree. 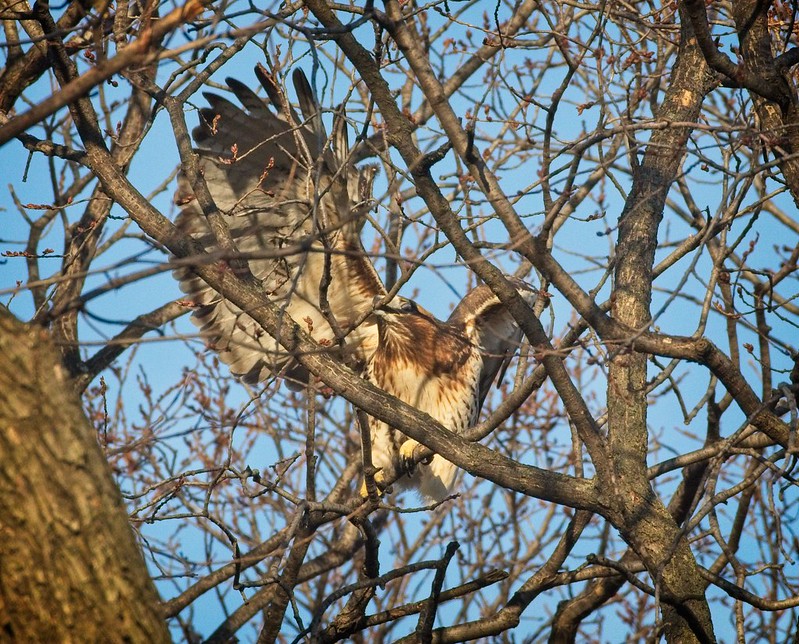 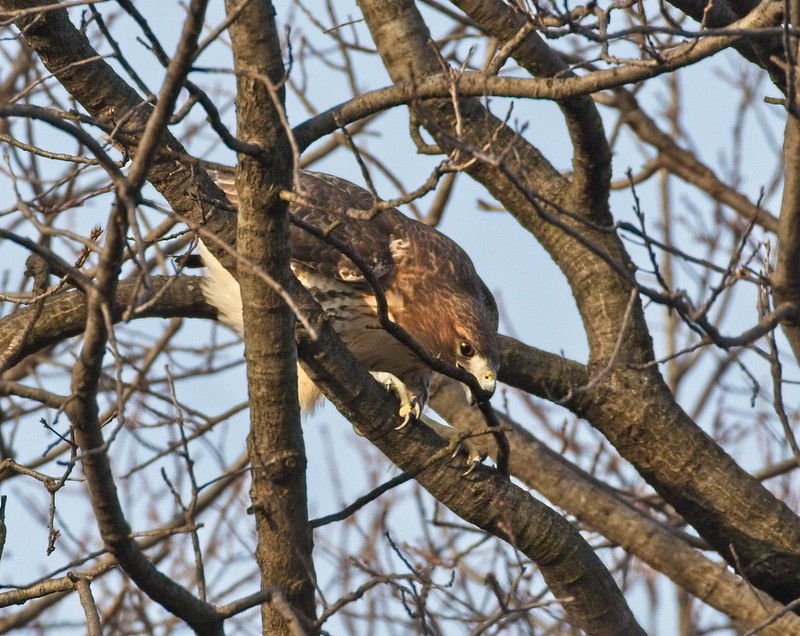 This is one of the larger sticks I saw her transport back to the nest. 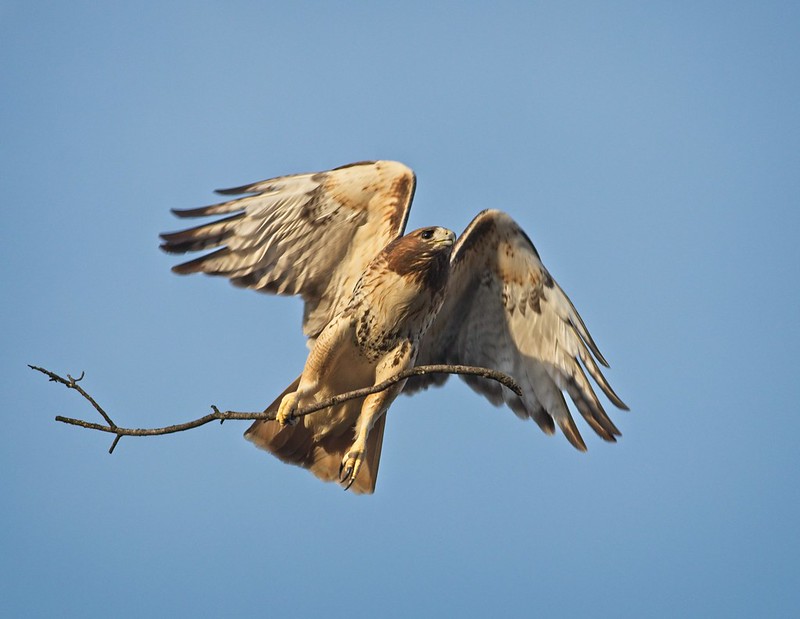 Does all this activity working on the Locust nest mean the hawks won't use the one in the Ginkgo? Not necessarily. It's not unusual for hawks to build more than one nest, then decide on the final location closer to egg-laying time. Then again, they may want a different location this year for what ever reason. I can only wonder if the loss of their chicks last year in the nest traumatized the pair in some way, but there's no way of knowing. As usual, we'll just have to wait and watch. 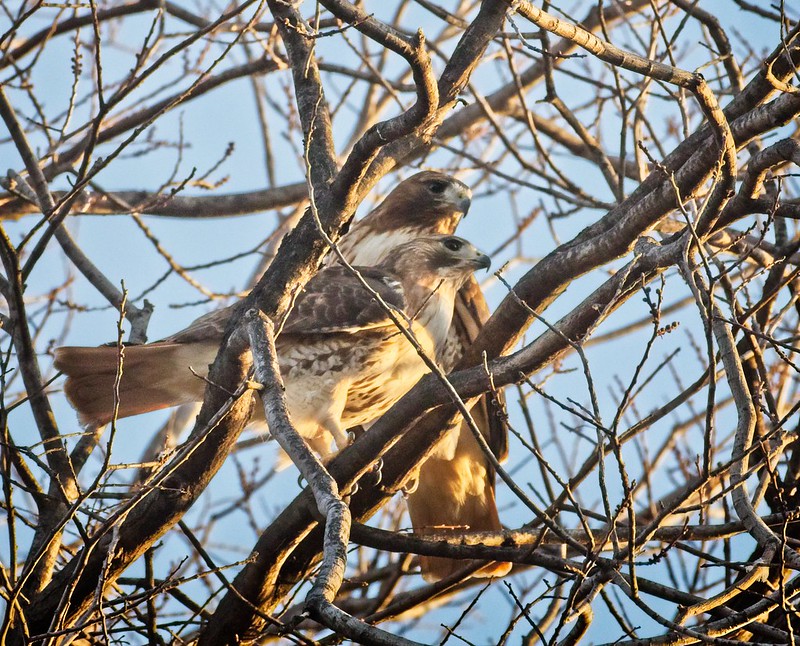 Posted by Laura Goggin Photography at 7:46 AM