As it's mid-January, it's time to check in on Tompkins Square red-tails, Christo and Amelia. Nesting season is coming up fast, so we should be seeing the hawks get more active in the park, where they have two nest sites (one in a ginkgo on the east side of the park, and one in a locust near the Temperance Fountain).

At sunrise, I found the pair on the cross of St Nicholas of Myra on Avenue A. 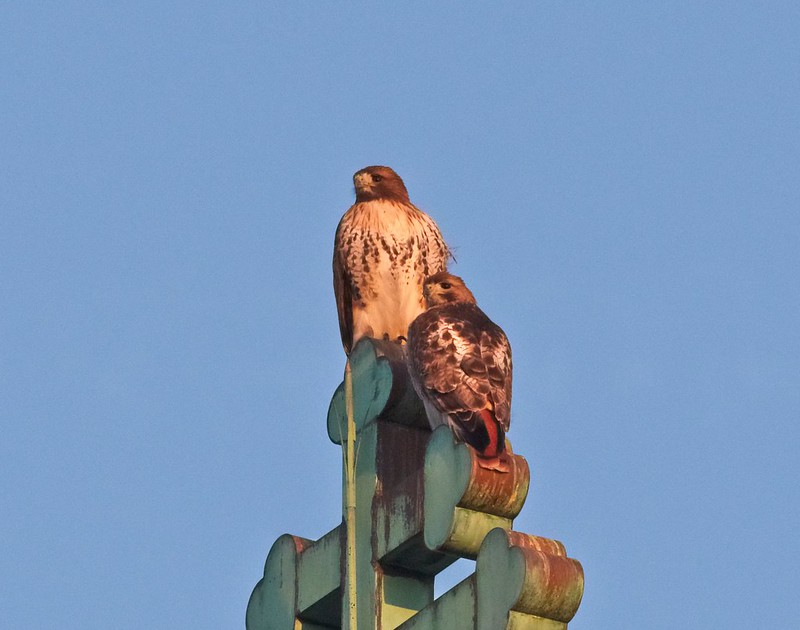 You can see the difference in their size and coloring. Amelia (perched on top of the cross) is larger with a broad chest and a darker head. Christo's head is more of a golden brown and he has more of a white patch on his throat. 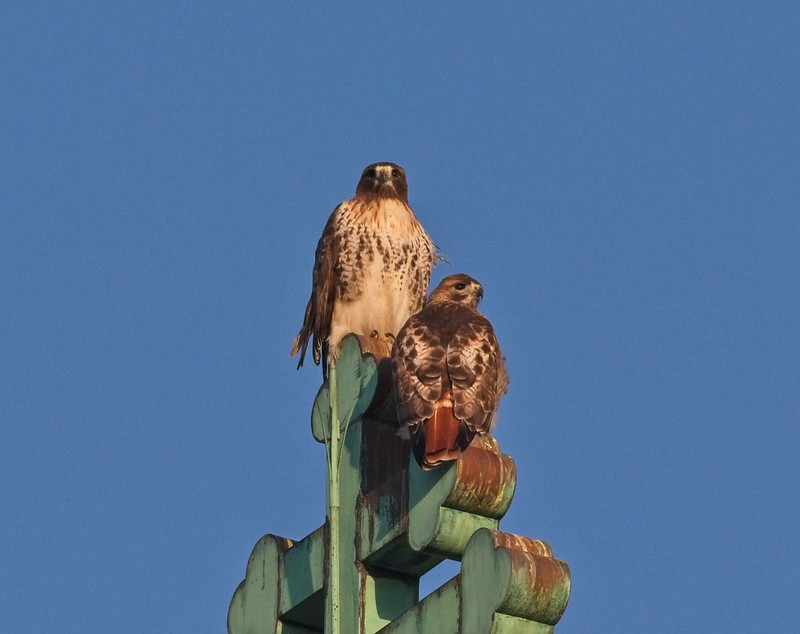 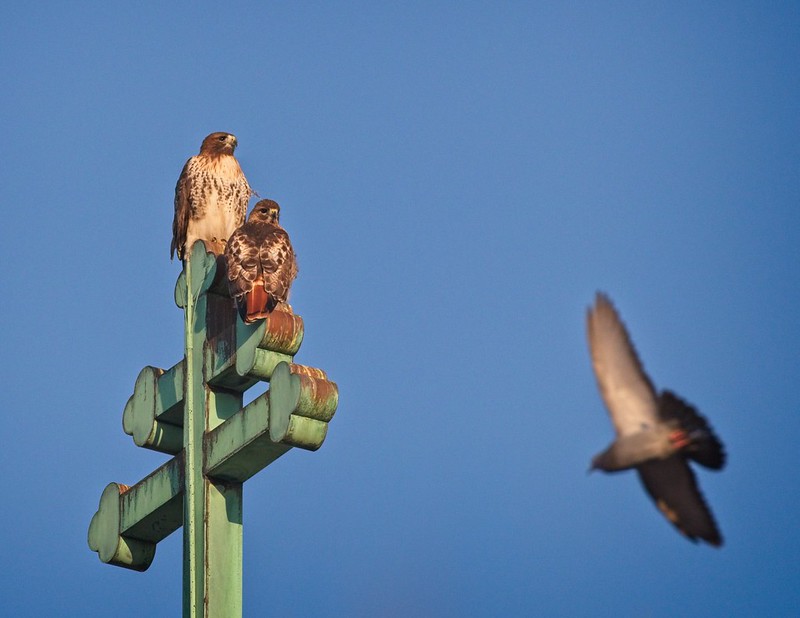 After Christo took off, Amelia observed a few tasty pigeons passing by, but something in the distance grabbed her attention. 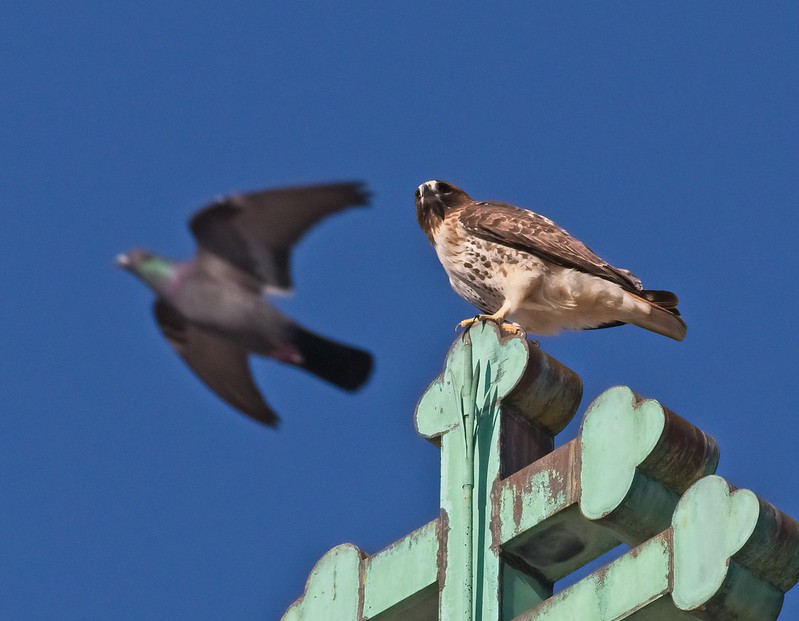 She took off from the church cross and headed into the park. 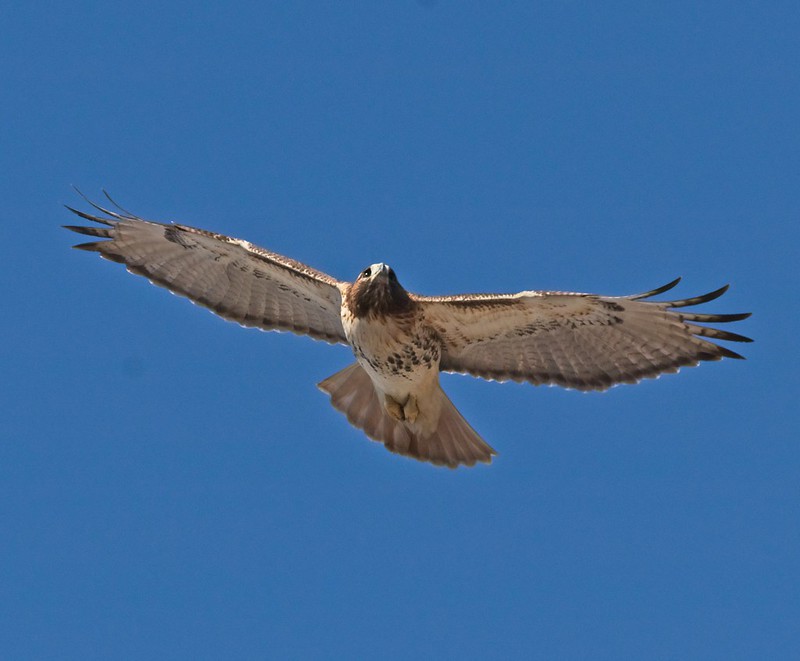 As I was still on Avenue A, I couldn't photograph what happened next, but I could see through the trees. Amelia headed straight for the Temperance Fountain nest and kicked out a squirrel that was messing with the sticks. This territorial behavior indicates nesting time is nigh.

This is the locust nest this morning: 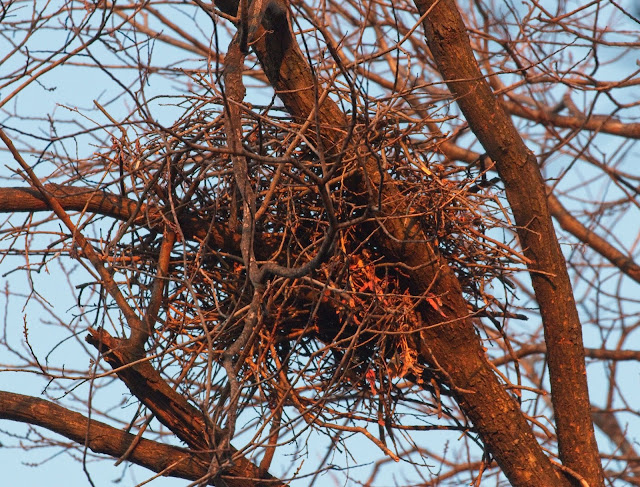 And this is the same nest back in November (photo taken from the other side of the branch): 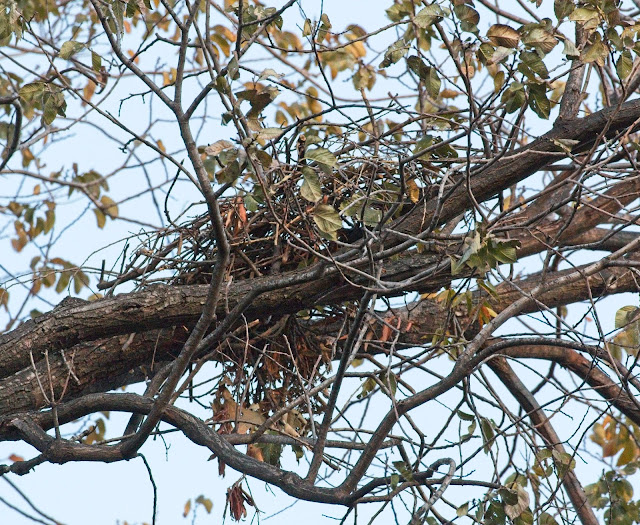 The hawks have added a lot of sticks recently and it will be interesting to see which nest site they decide to use. Personally, I prefer the ginkgo (in use last year) as the tree is strong and flexible. The locust is brittle and, back in 2017, a large branch broke off while Dora and her chick were in the nest. This particular locust tree is also home to several formidable squirrels.

Late in the day, I caught up with Amelia again as she perched on the top of one of the Village View buildings along First Avenue. 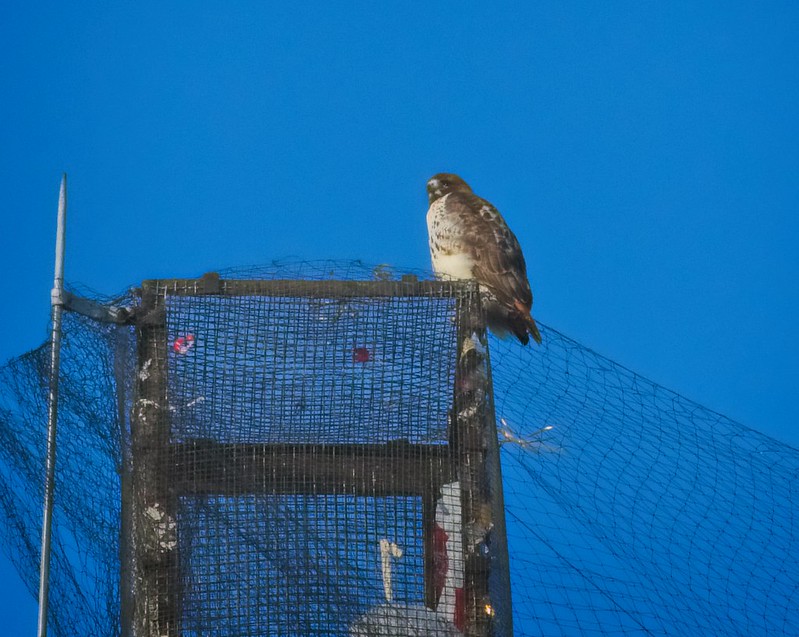 Later, just before sunset, Amelia and Christo occupied their respective ends of the Christodora roof. Amelia likes the north end while Christo prefers the south. They almost always face west. 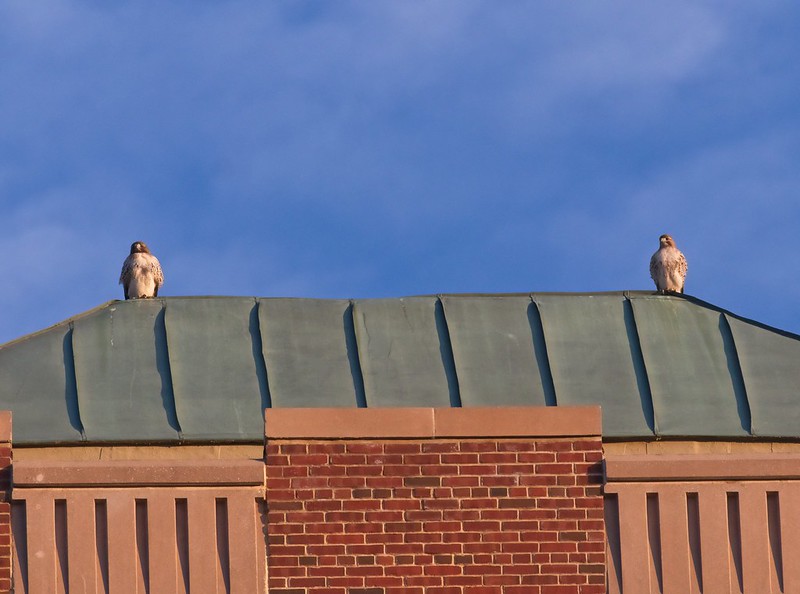 After the loss of both hawk chicks last season, I look forward to a new chance for this pair to enjoy some success.
Posted by Laura Goggin Photography at 8:15 PM