The superstars of Manatee Springs, Florida

Last December, I visited Manatee Springs State Park, in northwest Florida. I was hoping to see manatees in the wild, which I did, but the real stars of the park turned out to be something else entirely.

The park is absolutely beautiful, and the spring is surrounded by a cypress swamp. 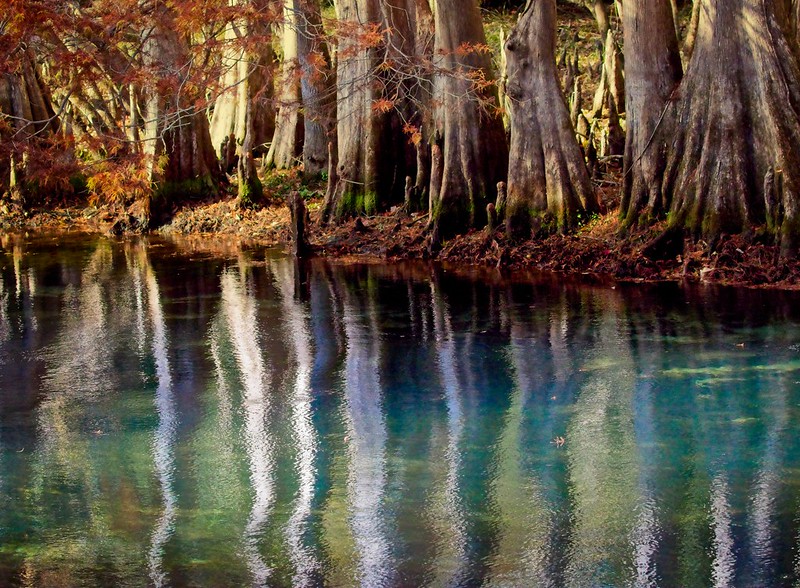 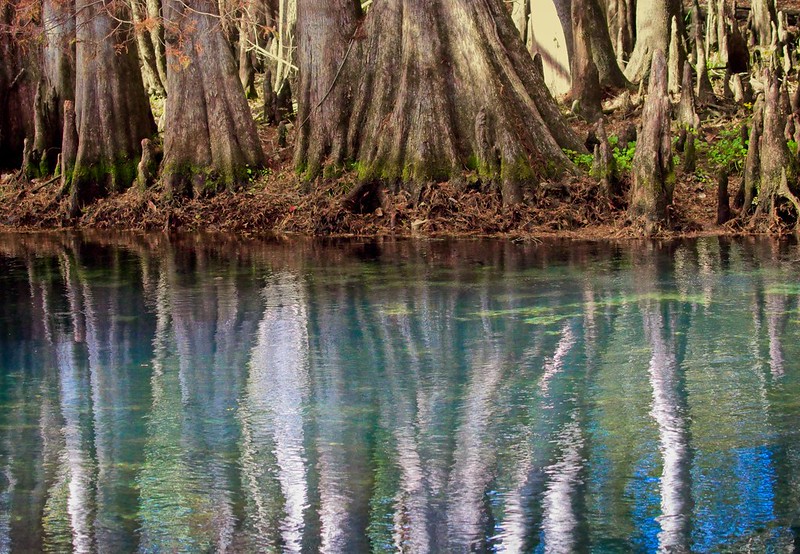 The vociferous calls of a Pileated Woodpecker filled the surrounding forest, and it didn't take long to find the source of all the racket. 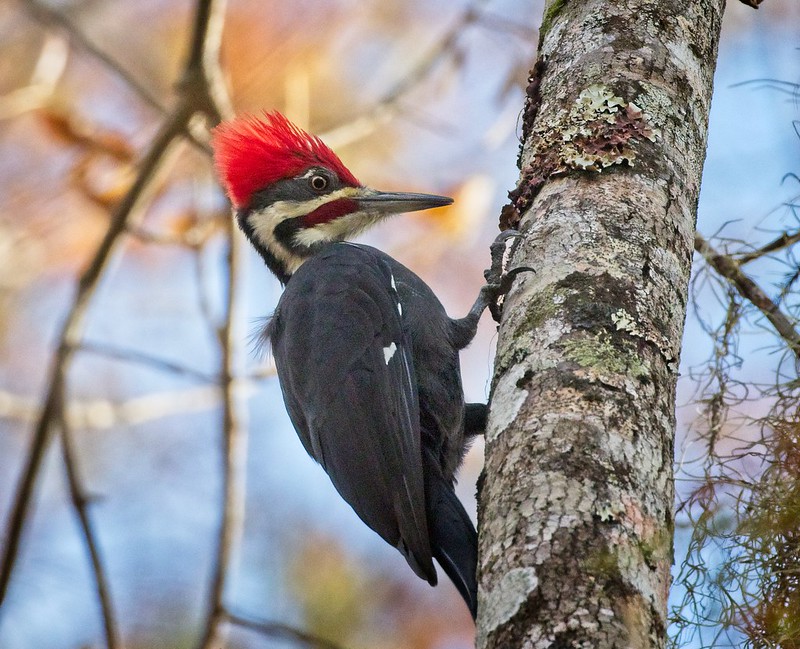 Pileated Woodpeckers are fairly common in New York, but they are rarely found in Manhattan, so I was really exited to see this one. 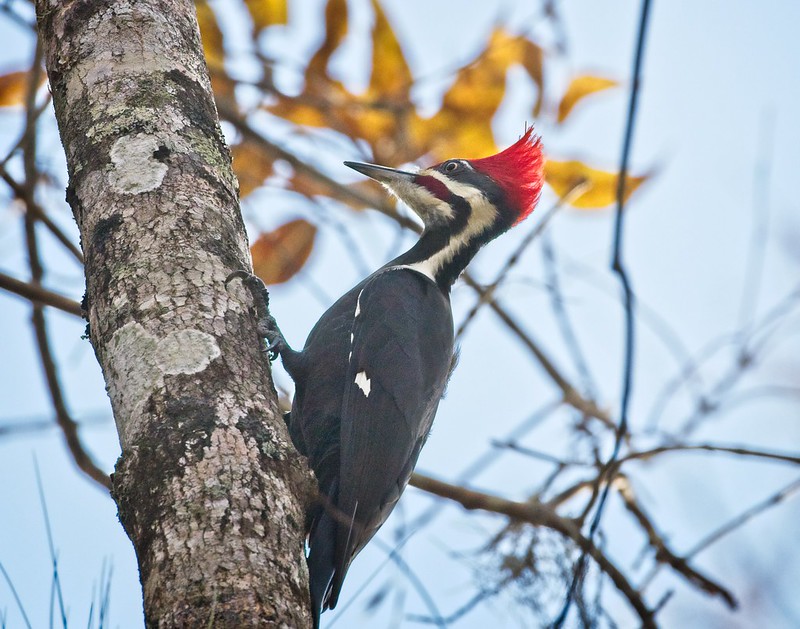 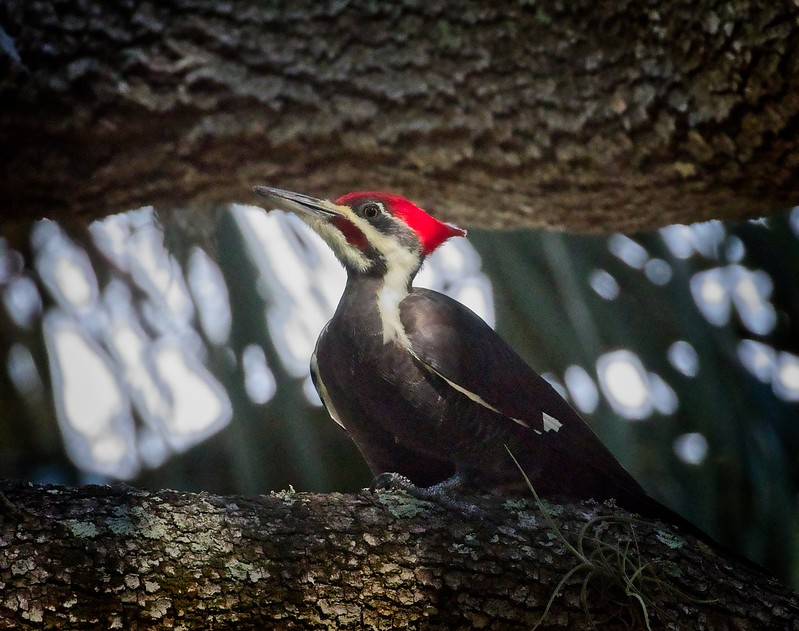 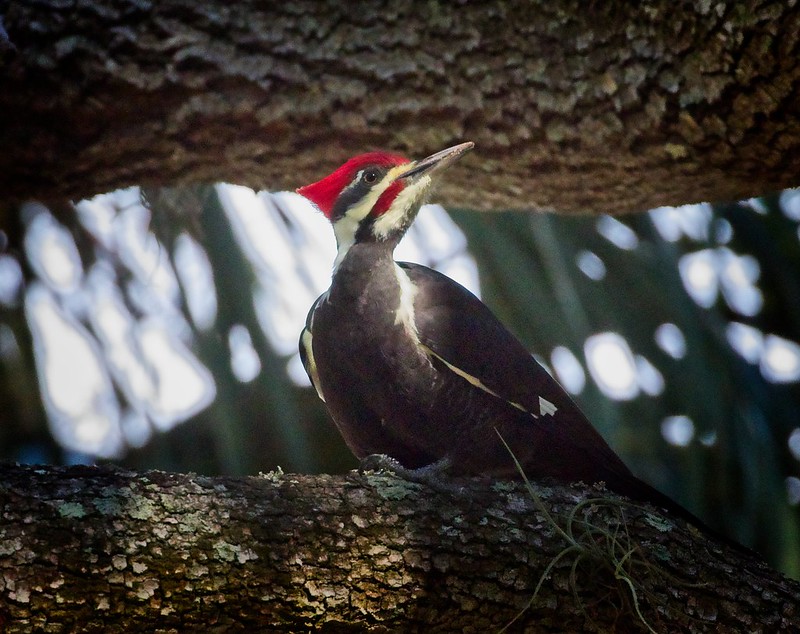 That blazing red crest lit up the shadows of the forest canopy. 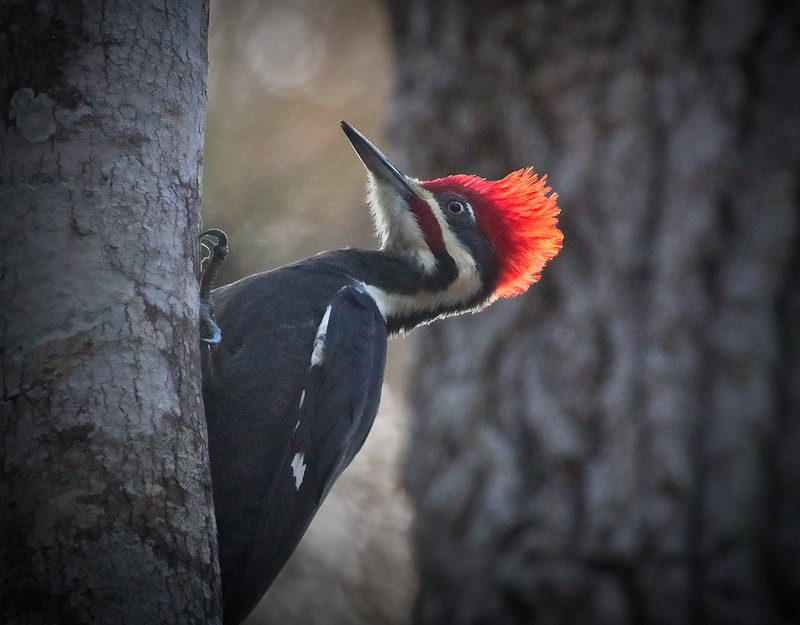 There is a boardwalk through the swamp that runs from the spring out to the Suwannee River, where there is a viewing platform.  This is where I did see some manatees lurking in the water, but the real surprise was the sheer number of Turkey and Black Vultures who dominated the area. 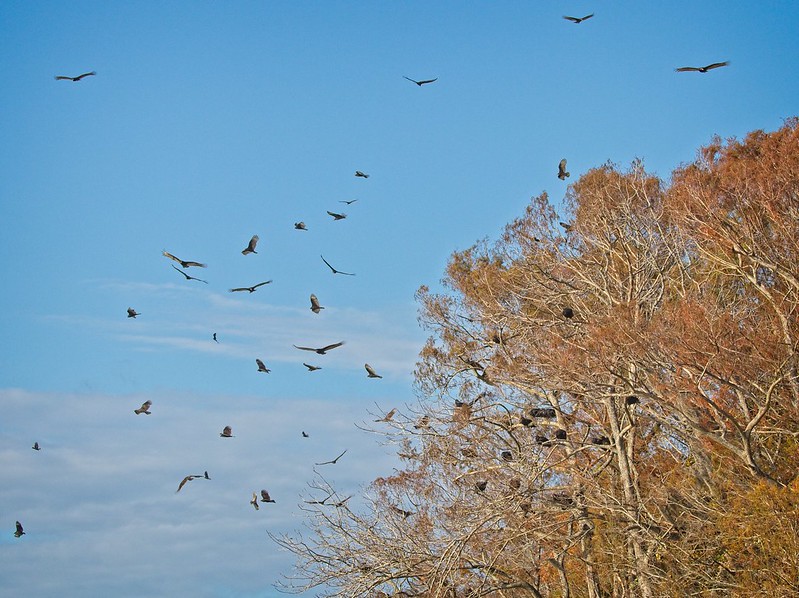 I tried to count them, but there were hundreds. They perched in the trees and formed huge swirling kettles in the sky. 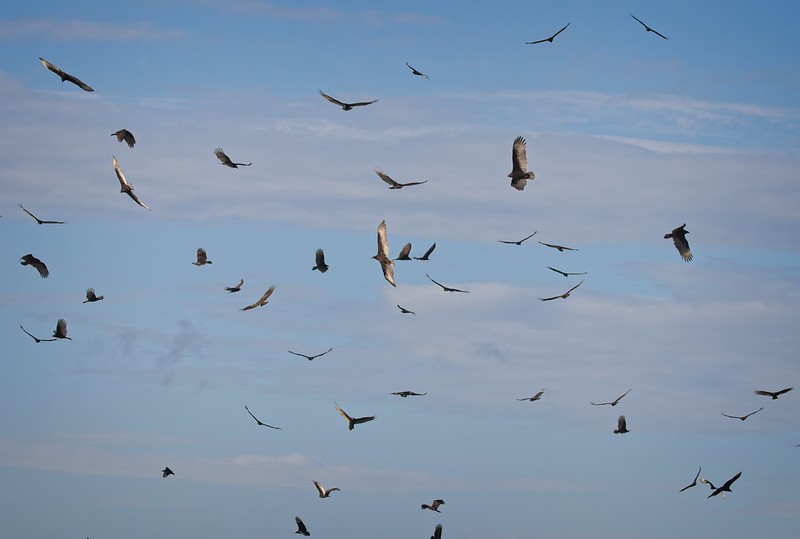 There were so many, these photos really don't do them justice. 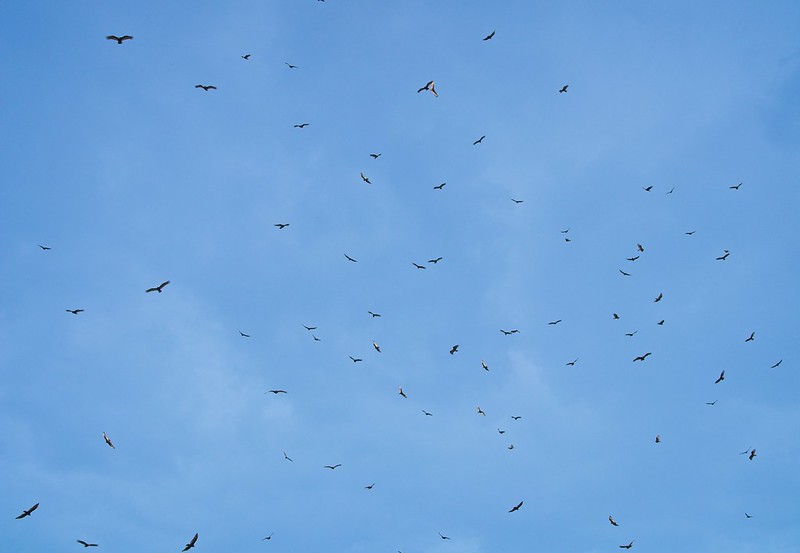 Most incredibly, the vultures were absolutely silent. They don't have vocal cords, so they just circled gracefully with the wind.  I found this video of the vultures taken from the same viewing platform in 2013 that gives you an idea of the spectacle.

Turkey Vultures outnumbered Black Vultures on this day by 50 to 1, so I tried my best to get some photos of the Black Vultures. Like the Pileated Woodpecker, they are numerous, but are not often seen here in the city. 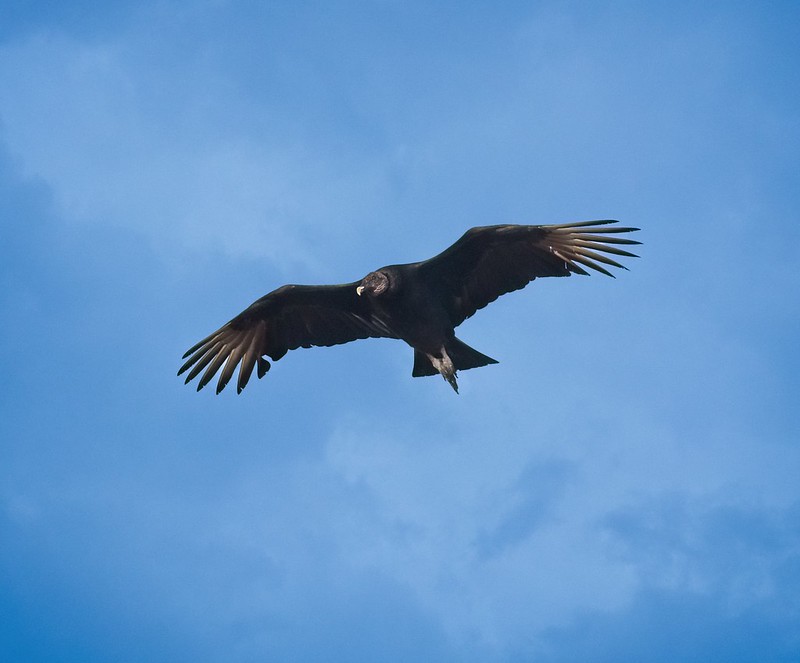 You can tell them apart from Turkey Vultures in the air by the colors of the wings. The Black Vulture has silver wingtips. 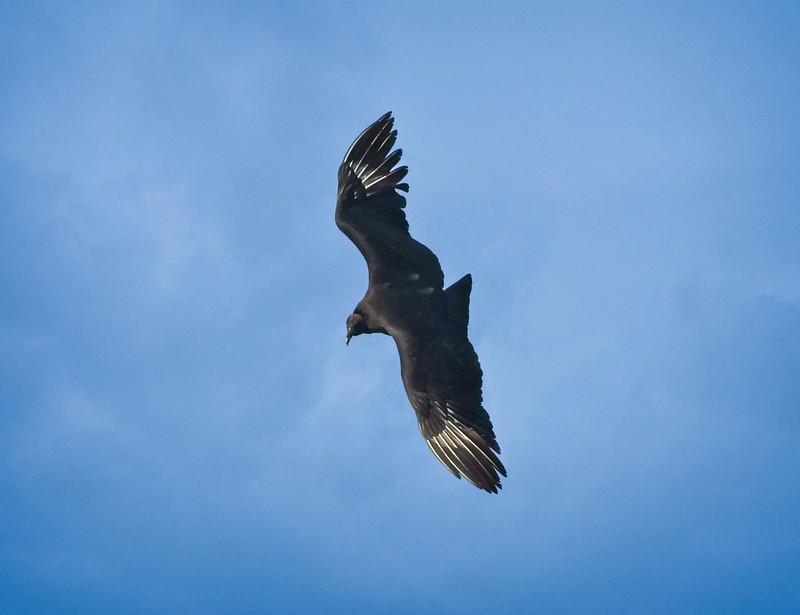 The Turkey Vulture (below) has silver on the undersides of its wings. 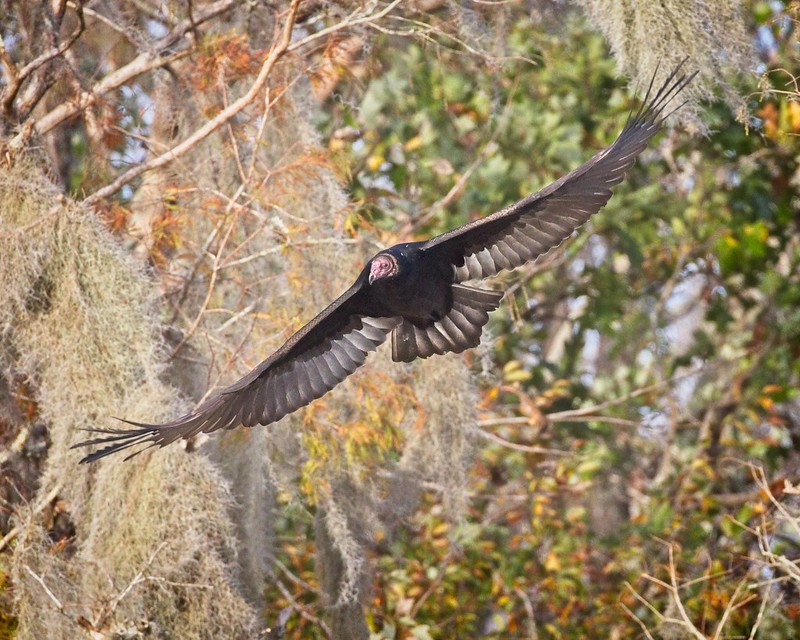 The vultures were quietly curious and would fly very close over the viewing platform. 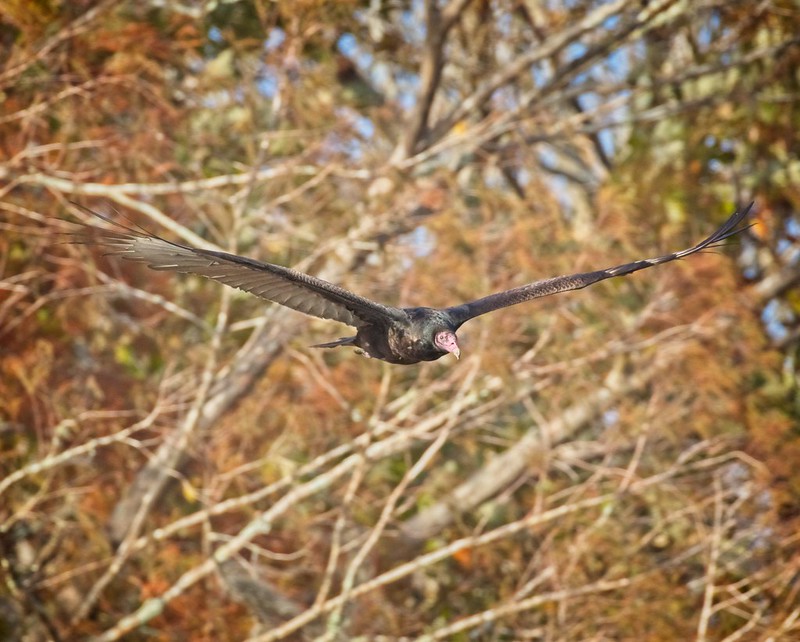 Although I'd intended to document manatees at the spring, I came away happy to have seen the woodpecker and vultures. Watching the soaring vultures was so soothing and calming, I ended up putting the camera away and just watching them for two hours. I highly recommend spending some quiet time with the Manatee Springs vultures to de-stress and relax. 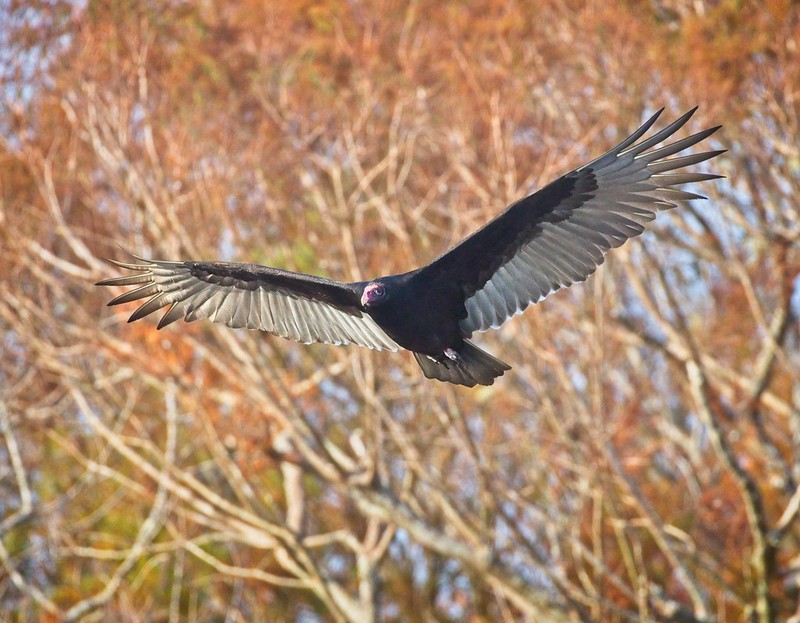