We had to wait so long to catch a glimpse of the red-tailed hawk chicks in Tompkins Square, and now that they're big enough to be seen easily, they look huge! 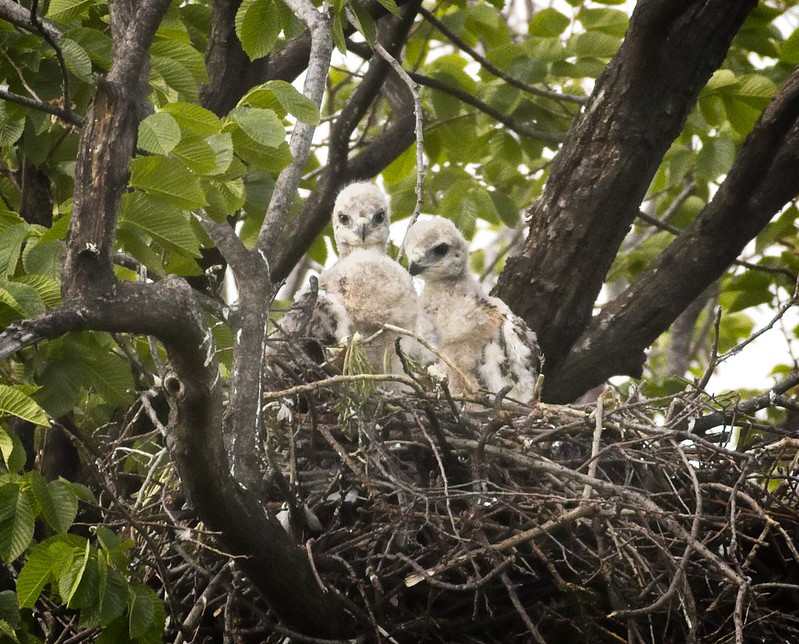 These are two of the three chicks, seen today. The third was not being cooperative, staying low in the nest.

The photo below shows the hawks' ears, which are those little holes below their eyes. When the fuzzy white down is replaced with brown juvenile feathers, those ears will be covered up. 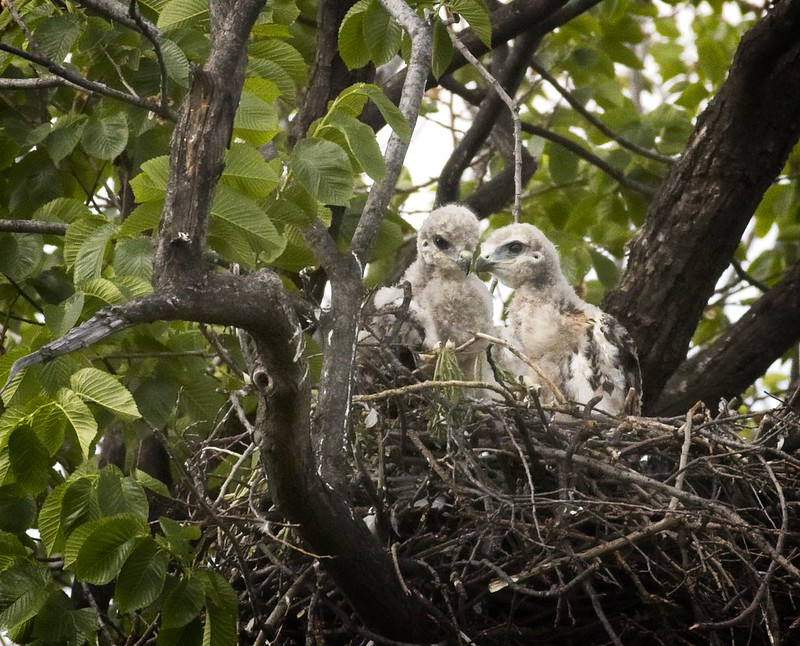 One of the chicks showed off their ginormous talon - check out that big yellow clown foot! 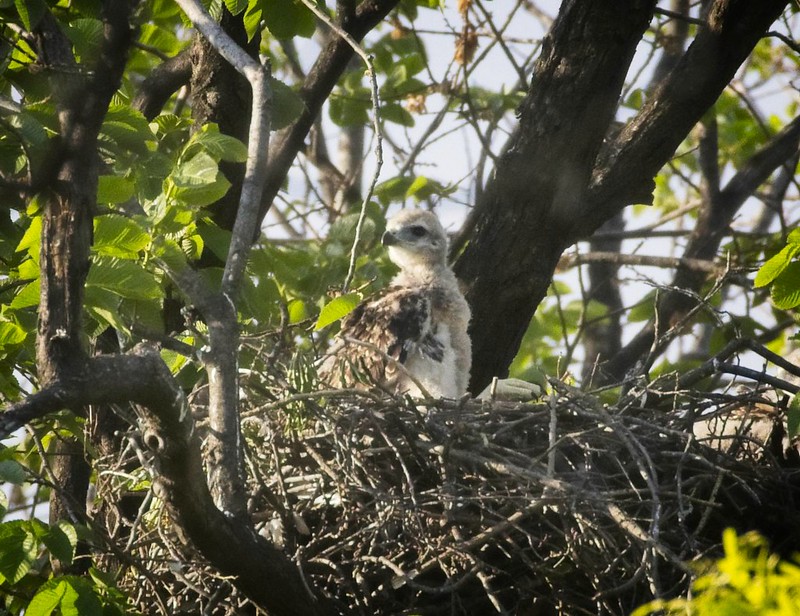 The most obvious changes taking place are to the wings. You can see how long the pin feathers are already. 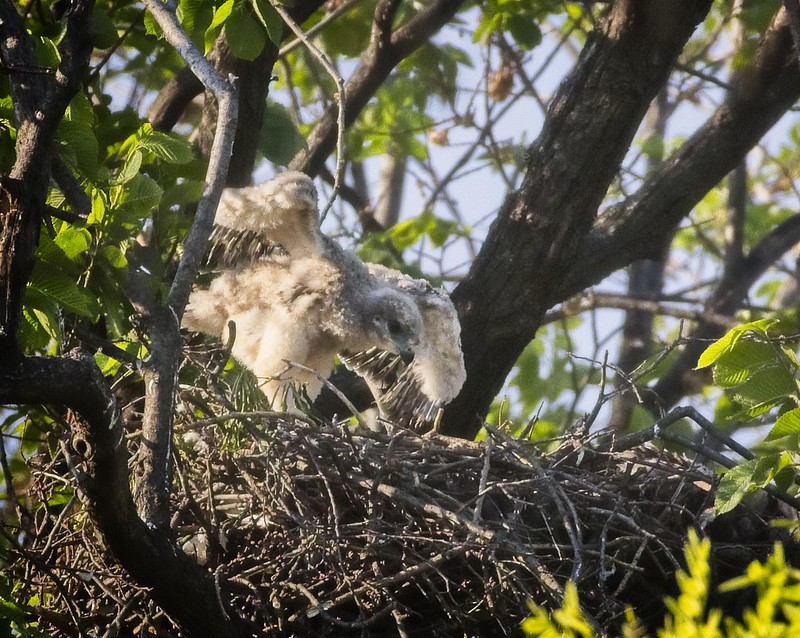 From another angle, looking at the top of the wing, we can see the brown juvenile feathers coming in nicely. All that white fuzzy down will be preened off before the bird fledges the nest. 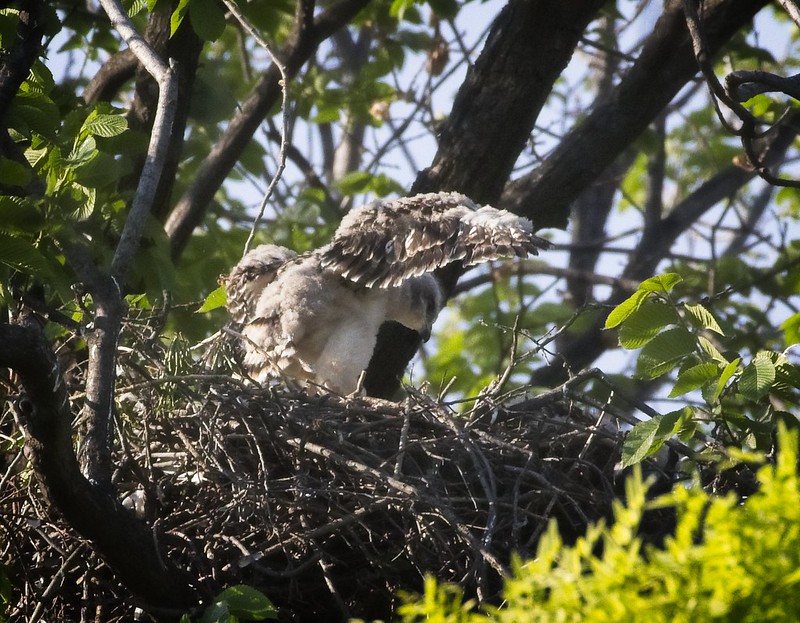 We can see how long the wing is as the chick does some flapping exercises. 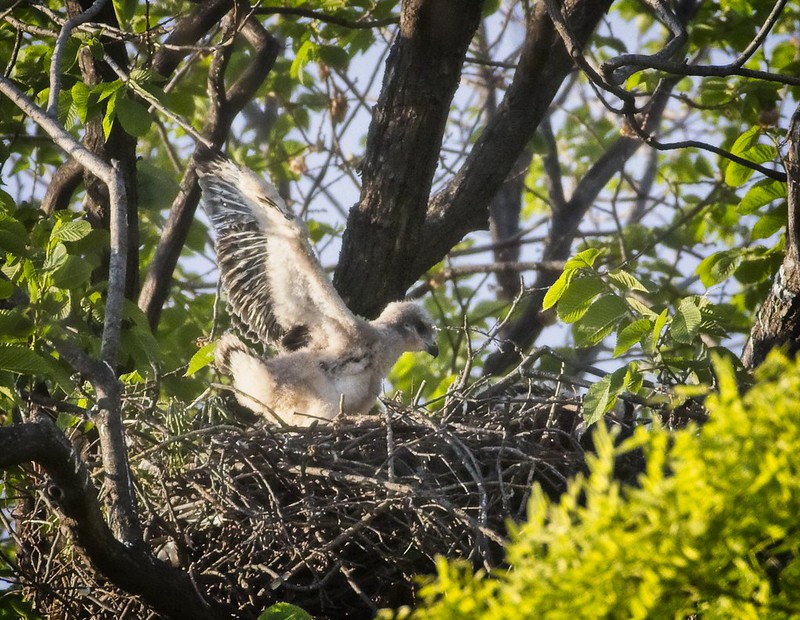 Below, the chick on the right shows us its tail feathers. You can already see the brown banded pattern that will later help us identify the individuals. In this photo, I believe Chick #1 is on the left, #2 is on the right, and #3 is hidden in the nest. 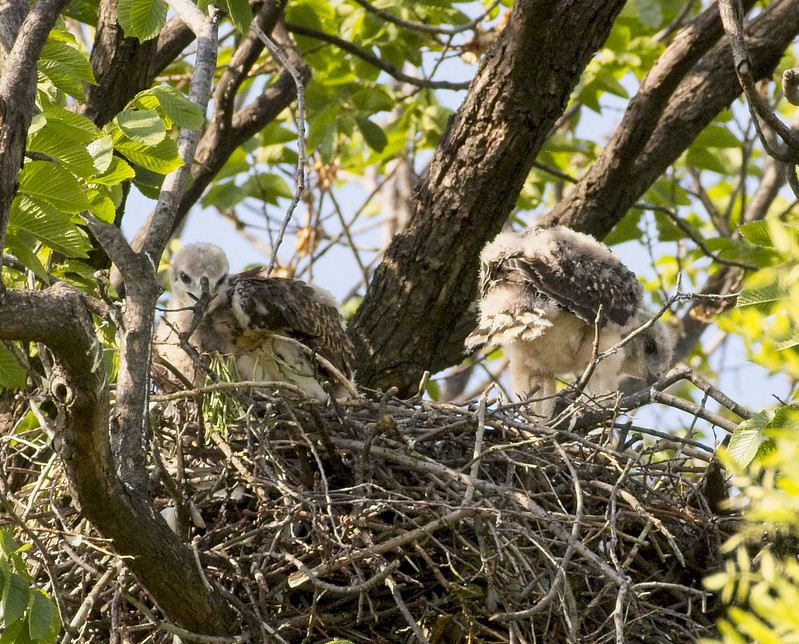 The kids are growing well because they're eating well. Check out the bulging crop on the chick below on the left. When I fist looked at the photo, I thought it was the head of the third chick, but nope, that's the remains of lunch. 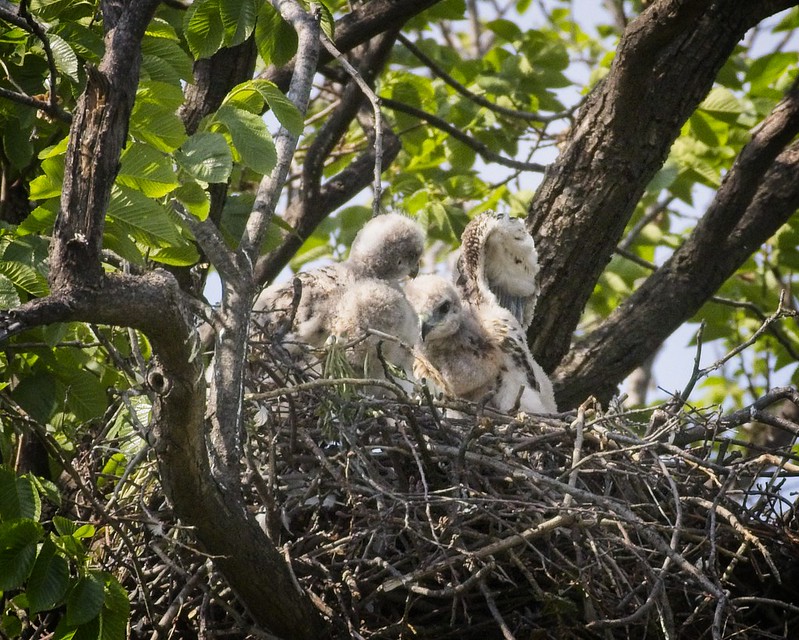 The nestlings are still small but they're very active and alert. They take in all the activity in the park and seem to like watching what ever is going on down on the central lawn. This afternoon, people had their dogs, a cat and a rabbit out there that captured this little guy's attention. 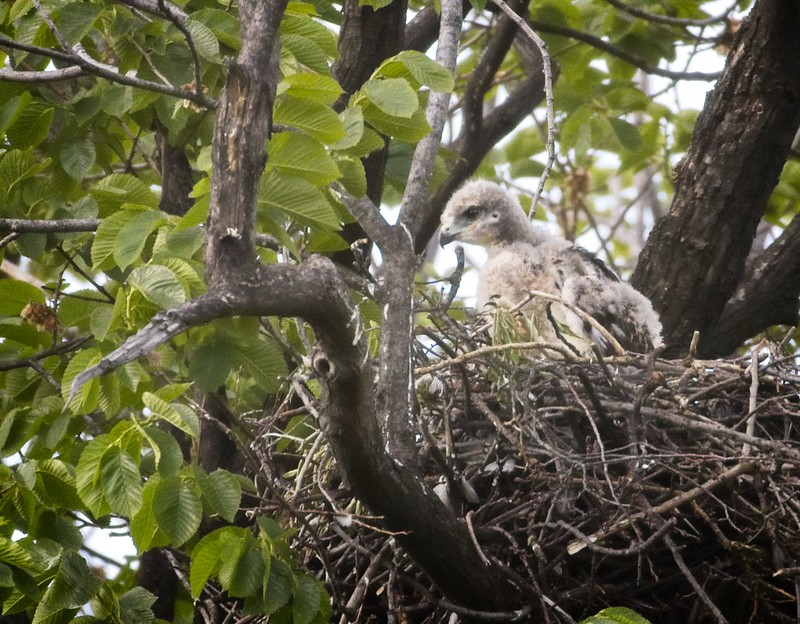 Checking my notes from last year, the hawk chicks all fledged the nest the first week of June. The next two weeks should be interesting as the nestlings continue to develop their immature plumage and start exploring the branches around the nest.