We will start with the bad news. It appears one of the Tompkins Square red-tailed hawk chicks has died.

This is our last known photo of all three chicks, which was taken on May 12: 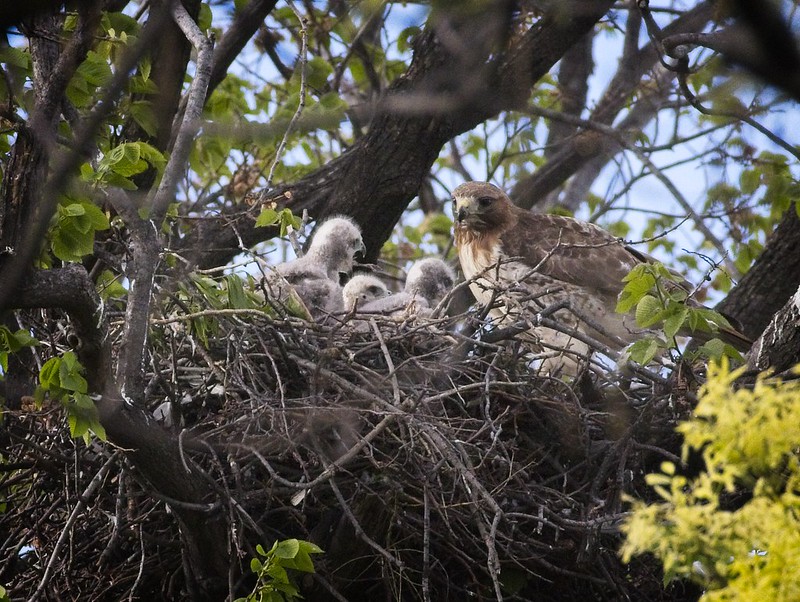 [Yes, the chick on the left is horking down a pigeon foot.]

Unfortunately, we have no idea what happened, when exactly the chick passed away, or where the body is now. It's likely still up in the tree, but there is no way to check up there and, without a body, no way to know what caused the chick's death. Any stories floating around the park are pure speculation. The last time we observed the chick, it appeared fine, but they were all still too small to be able to get a really good look at them. Of course, we're watching the remaining two chicks closely.

This is not the first time resident red-tail, Christo, and his mates, Dora and Amelia, have experienced loss. Looking back through our records, we know of three definite deaths, as well as the death of a foster fledgling, and another fledgling who showed signs of illness. There is also the possibility that there were chicks that hatched, then died, without anyone knowing. Here's a run-down of past years:

All is not lost, however, as there are still two hawk chicks and one of them has (technically) branched!

This is mom Amelia with one of the chicks on Tuesday. 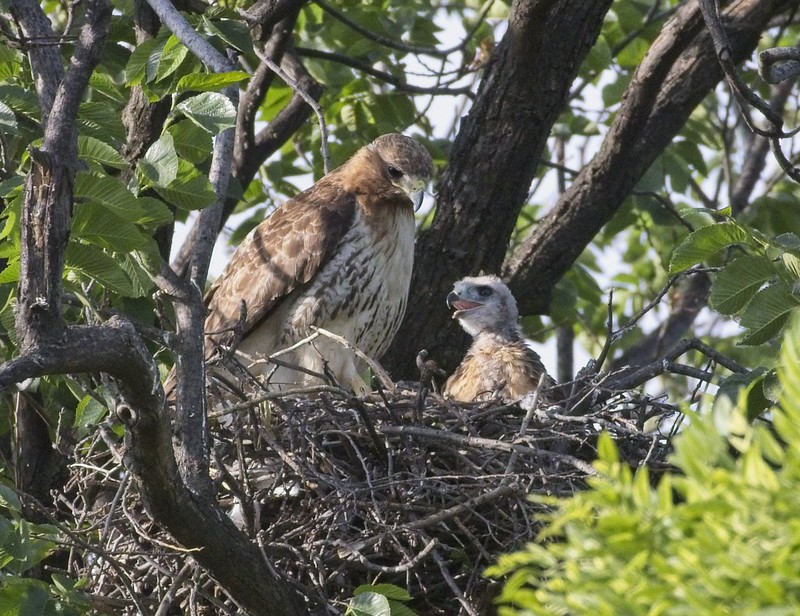 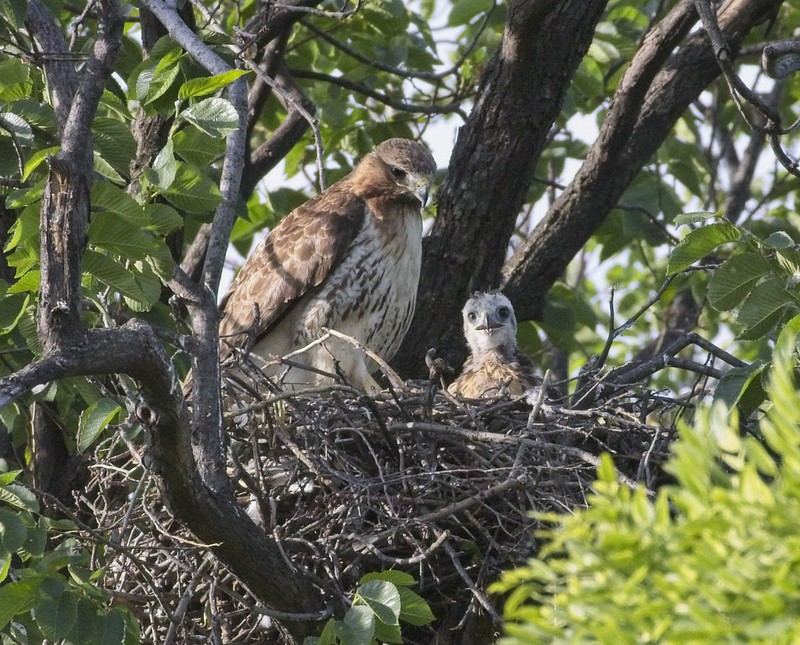 It's looking crowded in the nest as one of the nestlings stretches its wings. 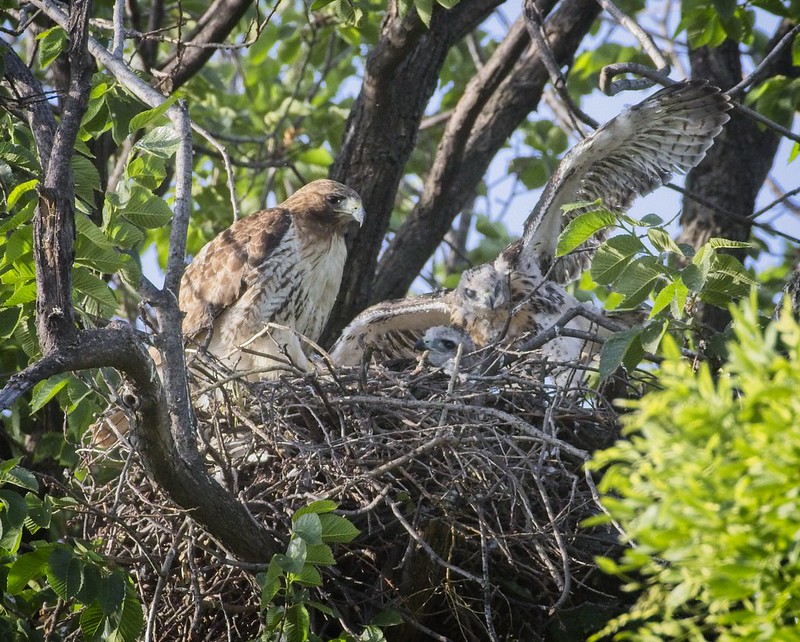 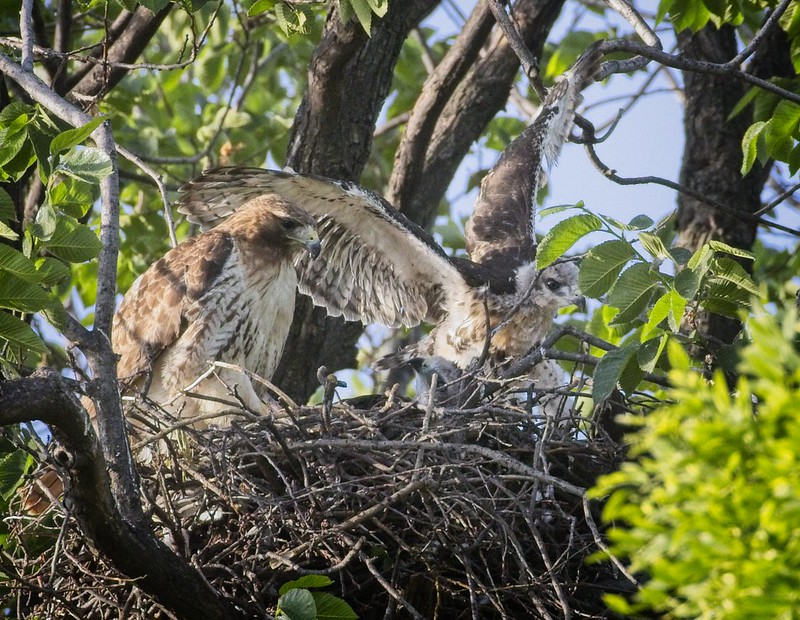 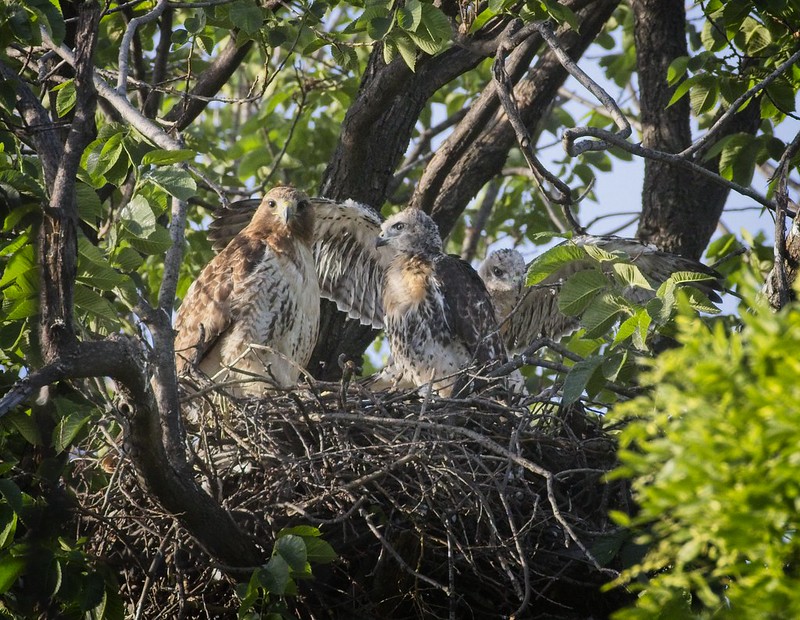 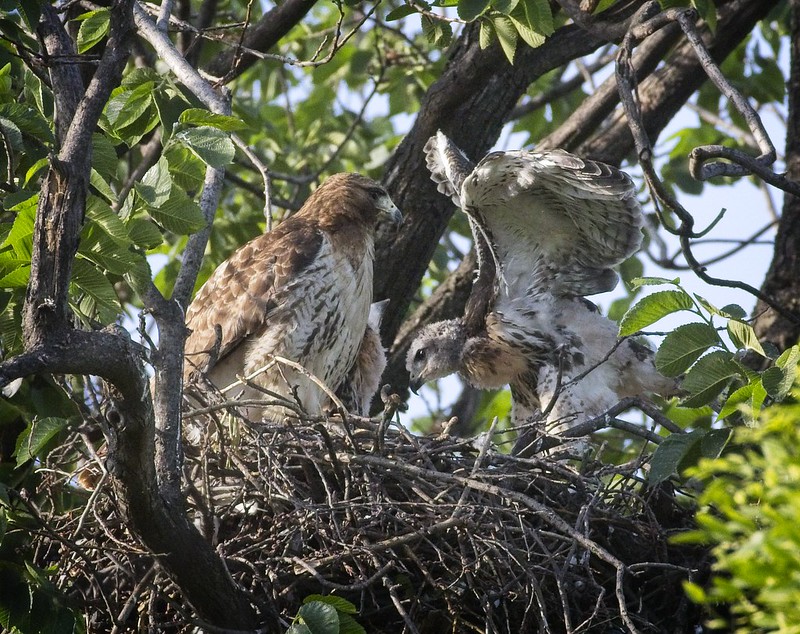 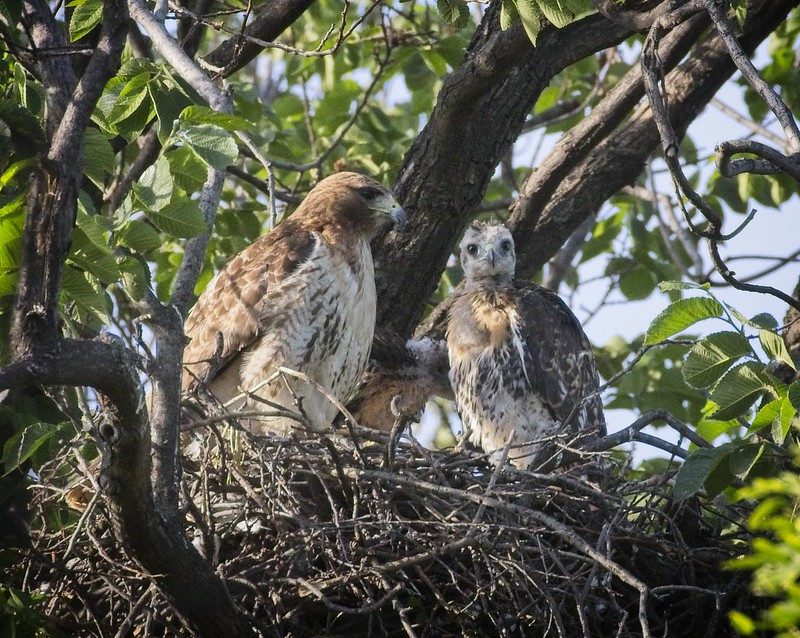 This morning, we caught Chick #1 perched on a branch above the nest. As it is not sitting within the nest, we're calling this 'technical' branching. Also note the brown feathers growing in on top of the head, replacing the white down. 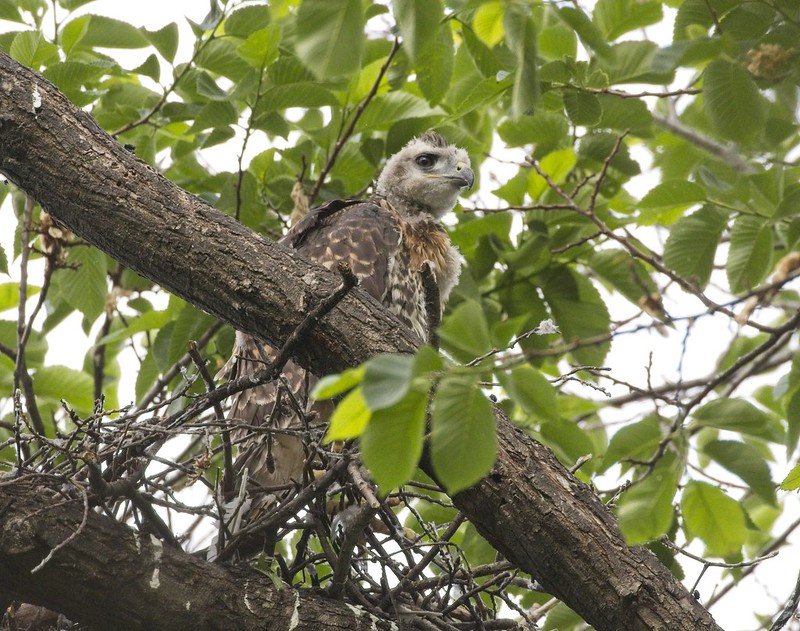 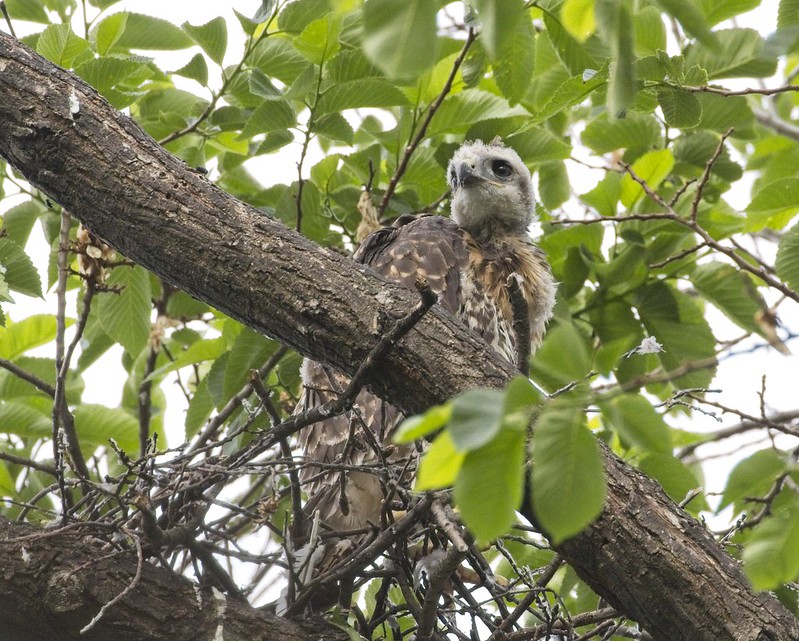 This is Chick #2, showing some nice peachy color on its chest. 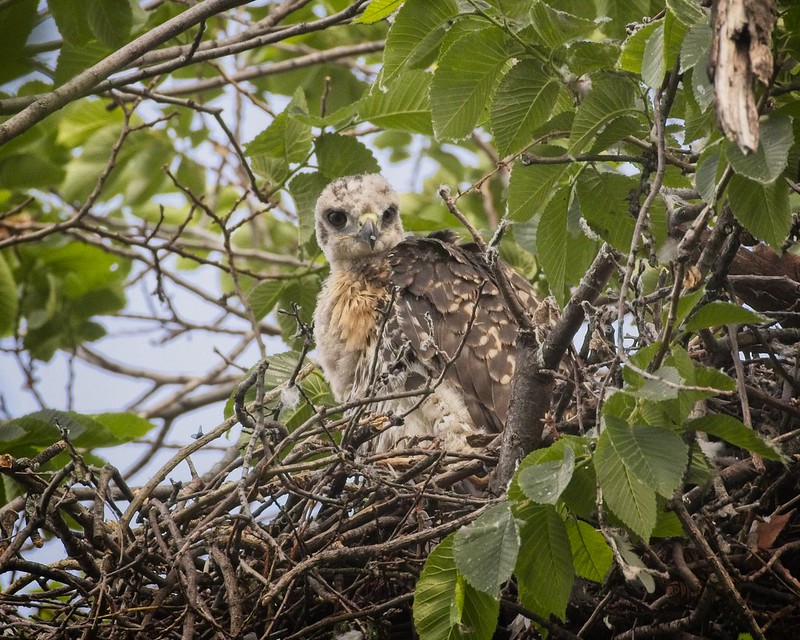 If all goes well, the chicks will start exploring the nest tree.

For an intimate look of what goes on in a red-tailed hawk nest, we recommend tuning in to the Cornell Red-tailed Hawk Cam where parents Big Red and Arthur are raising three youngsters in Ithaca, New York. They are several days younger that the Tompkins Square chicks, so still look white and fuzzy.

Closer to home, check out the 55 Water Street Peregrine Falcon cam to see two chicks being raised on a skyscraper in Lower Manhattan.