After several days of minimal hawk interaction, one of the Tompkins Square fledglings made my day when it spent an entire afternoon buzzing around the park. 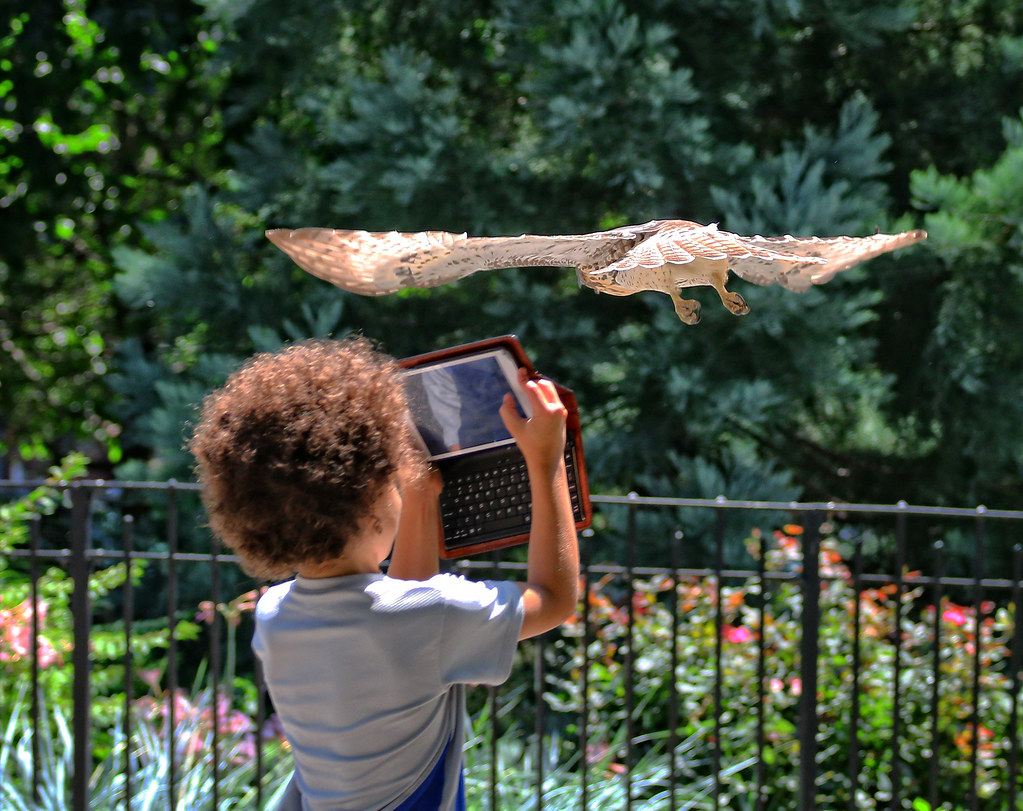 I have no hard proof, but I believe this one is the youngest, Number Three. My guess is based on the size of the bird (the third one looks bigger than the older two) and its personality and behavior. It also makes sense that it might still be in the park as it has been slower to develop and is still being fed by dad Christo.

After eating a pigeon snack, it put in a little workout in the ball court... 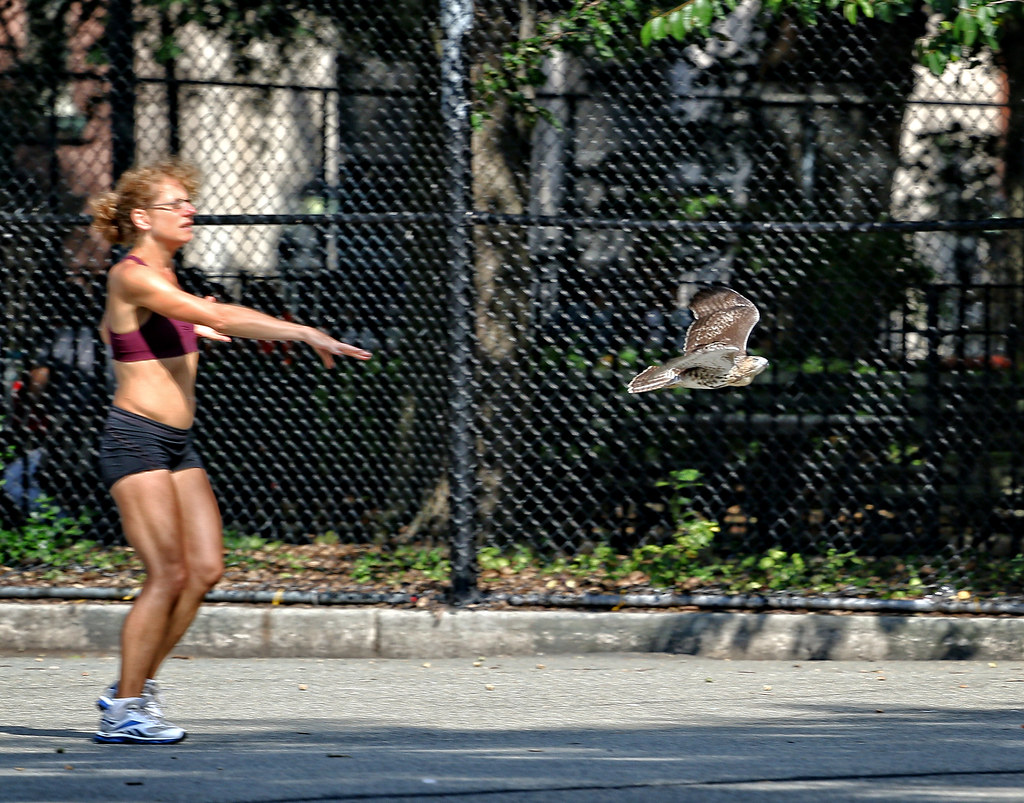 ...and caught up with a couple of friends. 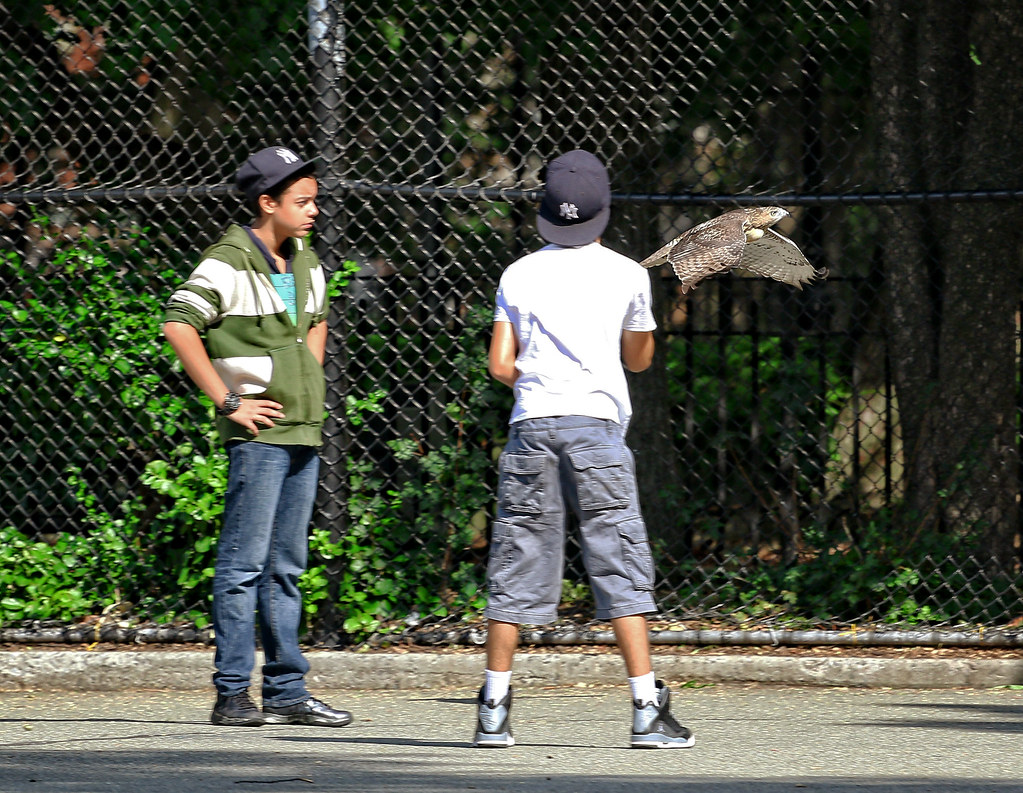 Then off to frolick on the fire escapes across from the park on E 7th Street. This reminds me of the last days on the nest. 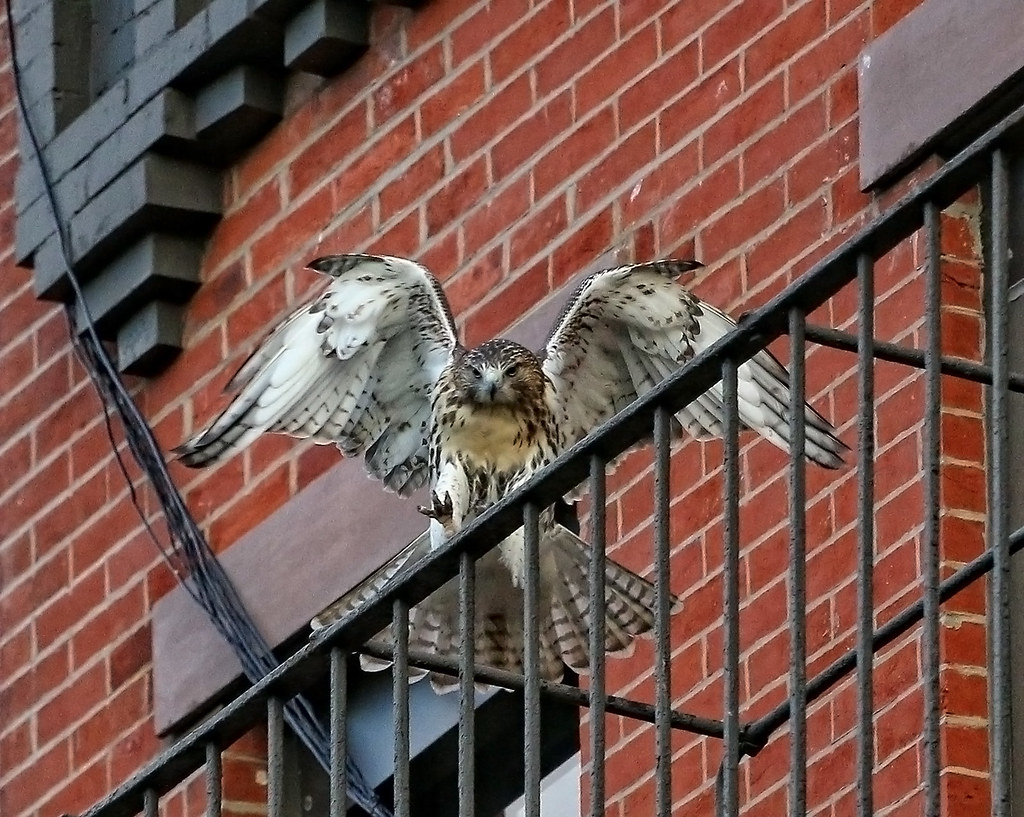 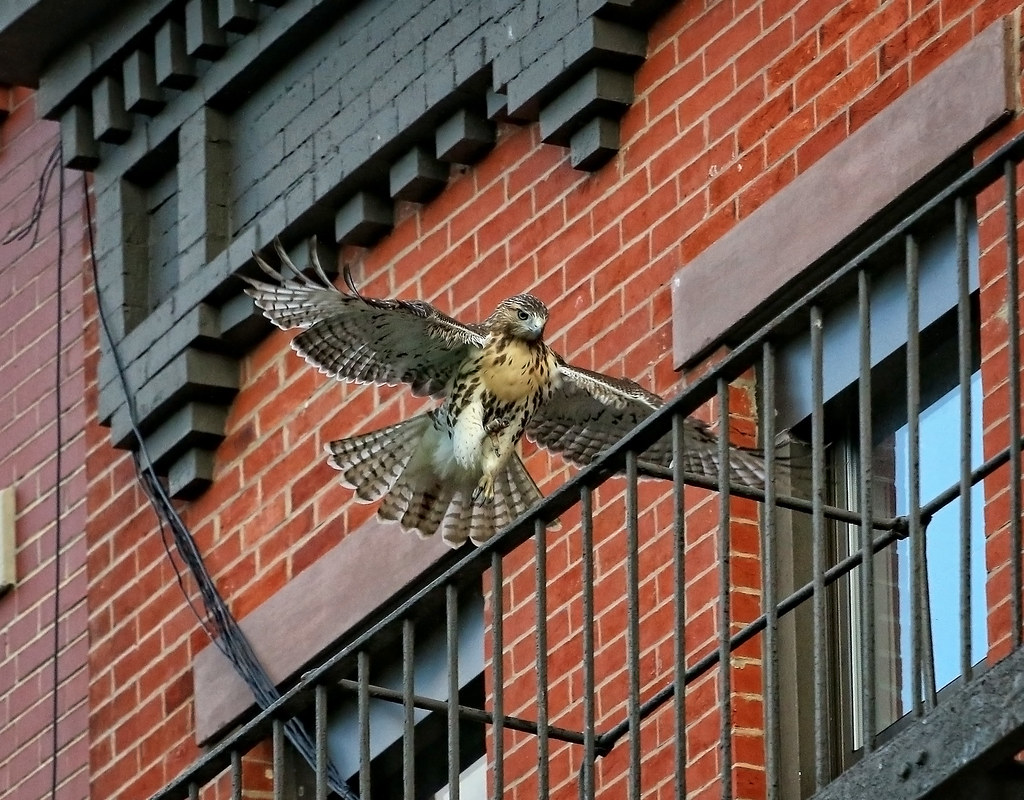 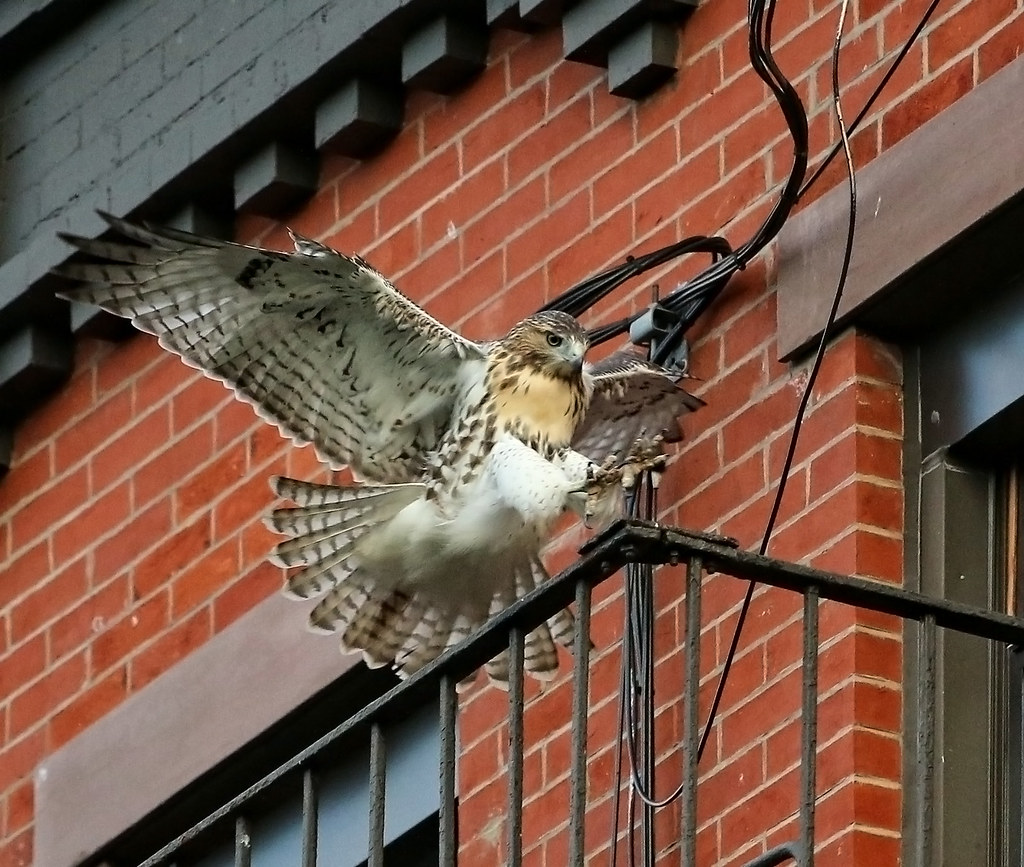 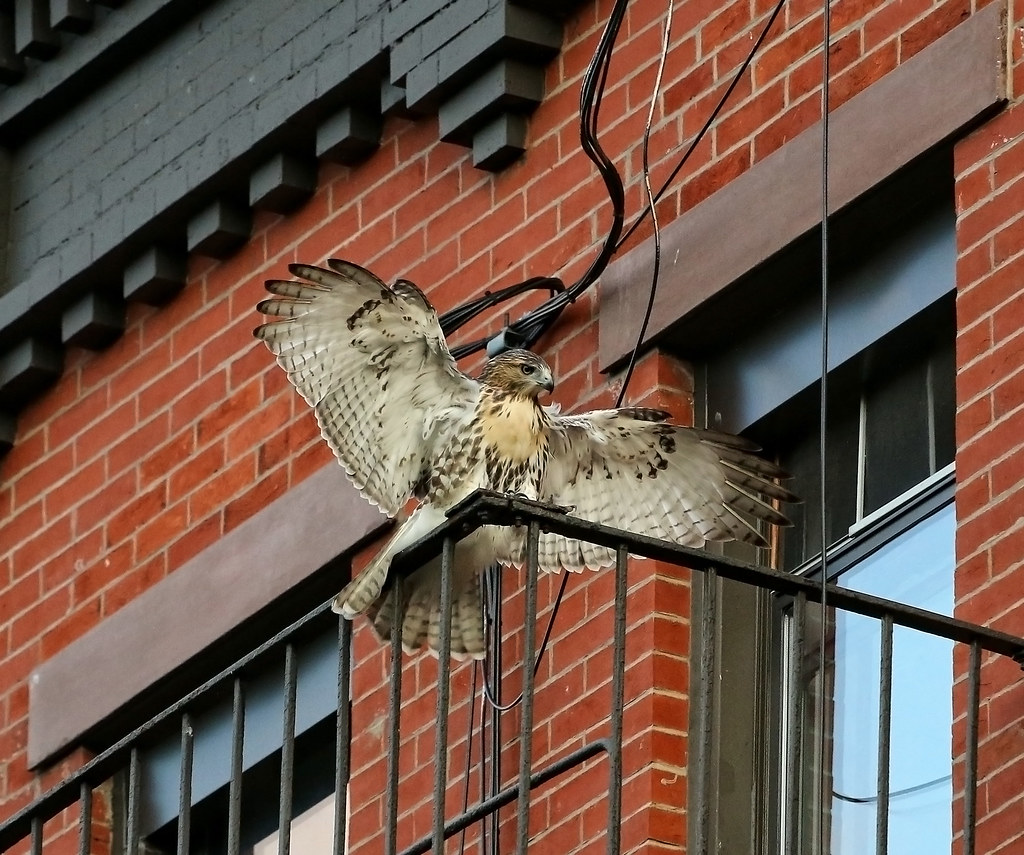 I hope we continue seeing the young hawks around the park before they fly off into the world. They're now just over three months old and ready to soar. 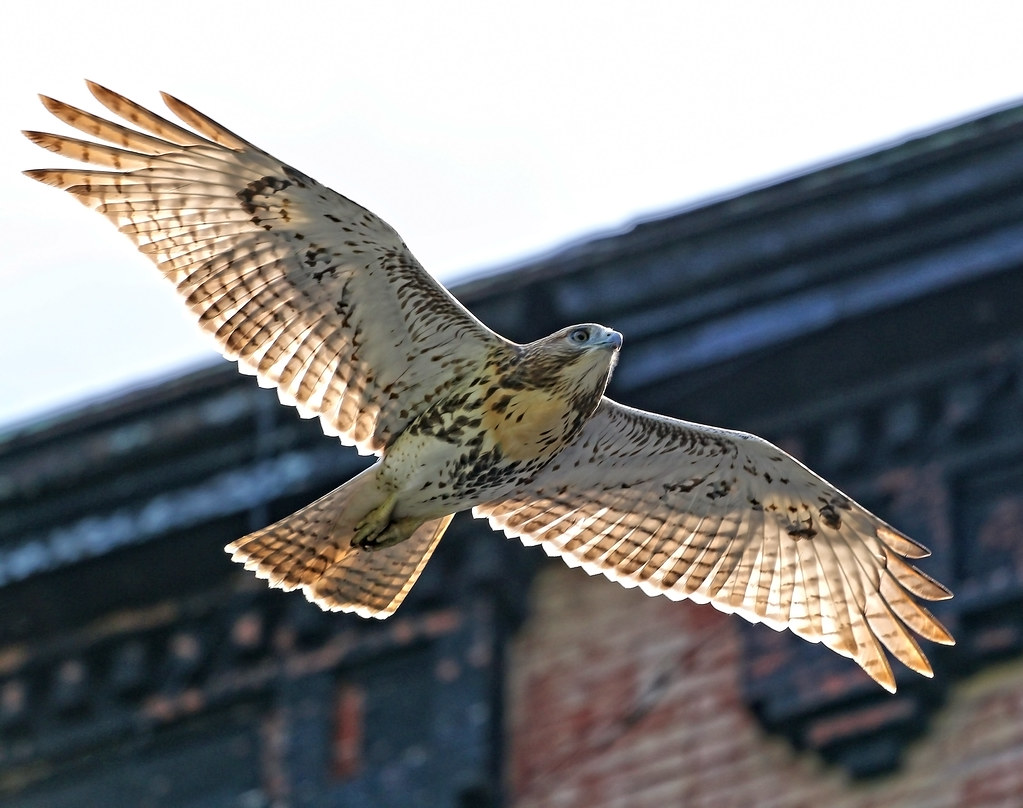 Previously.
Posted by Goggla at 12:31 AM