Avenue A hawk activity is picking up as we approach the big day when the lease is up on the Frigidaire air-conditioner and the hawklets take to the air.  All three are clearly visible from the street when they stand up and flap their wings.

I caught up with dad Christo the other evening in Tompkins Square. I was happy to see him back at his old habit of hunting for dinner in the area behind the park offices.  Is it me, or is he looking more distinguished this season? 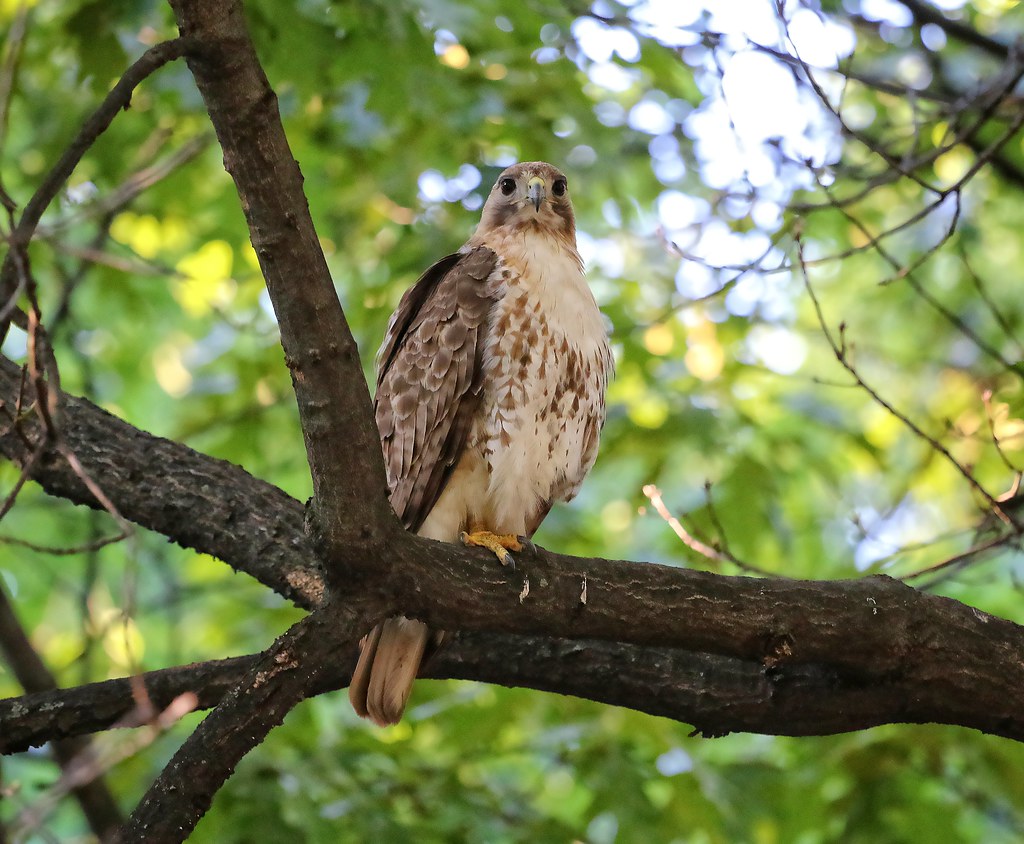 Within minutes, he expertly served up a healthy-looking rat. 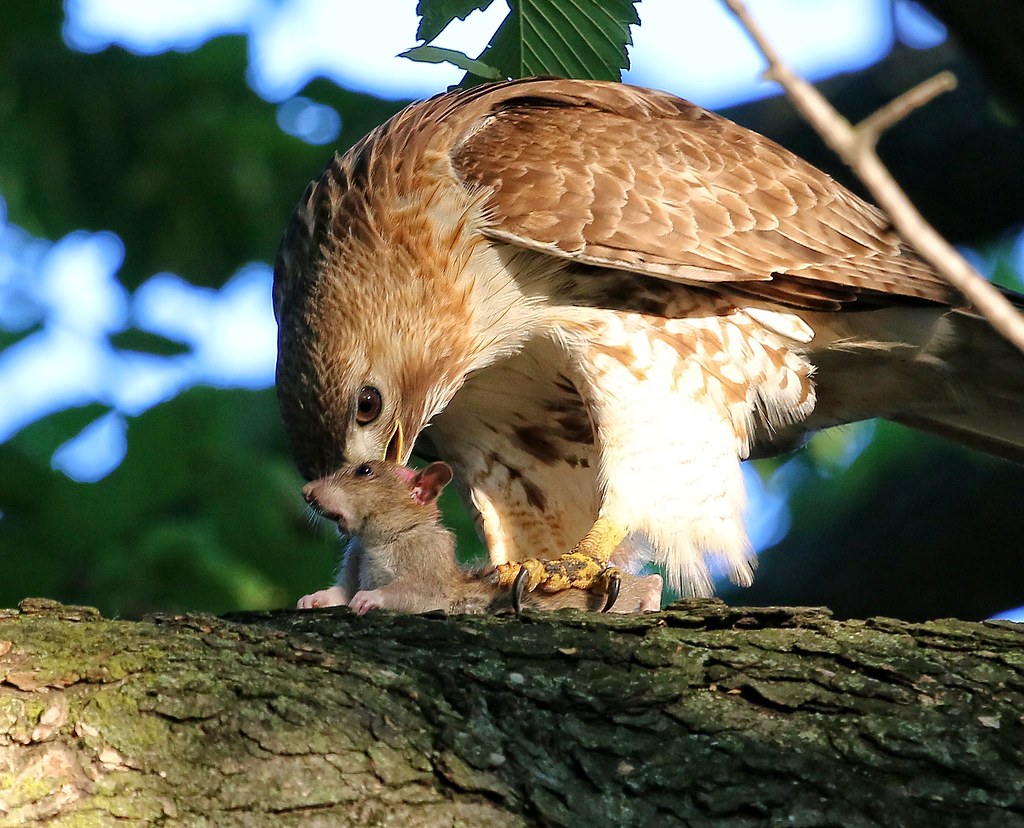 After chomping off the head and savoring the tastiest part for himself, he flew the body back to the kitchen table, otherwise known as the cross at Most Holy Redeemer church on E 3rd Street.

Christo and Dora have been using the cross as a spare apartment as the kids now take up so much room on the nest. 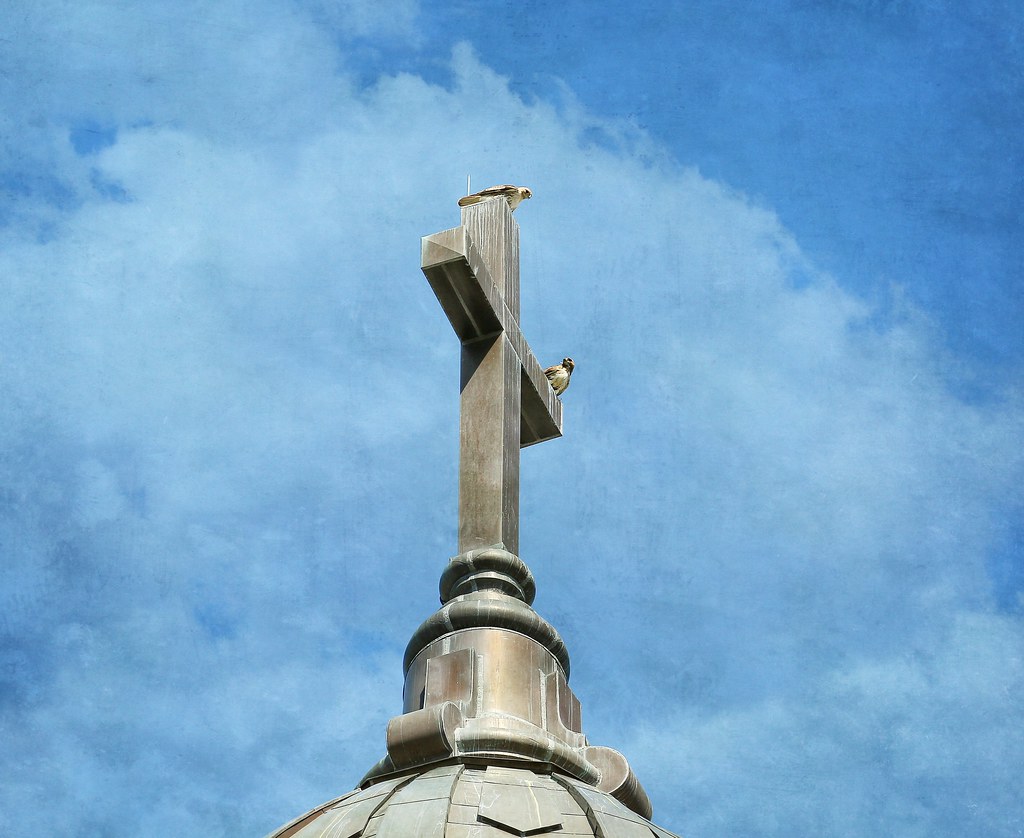 Two of the three hawklets check out the paparazzi.  I can't tell who hatched first, but in the photo below, the one in front looks older than the one in back. 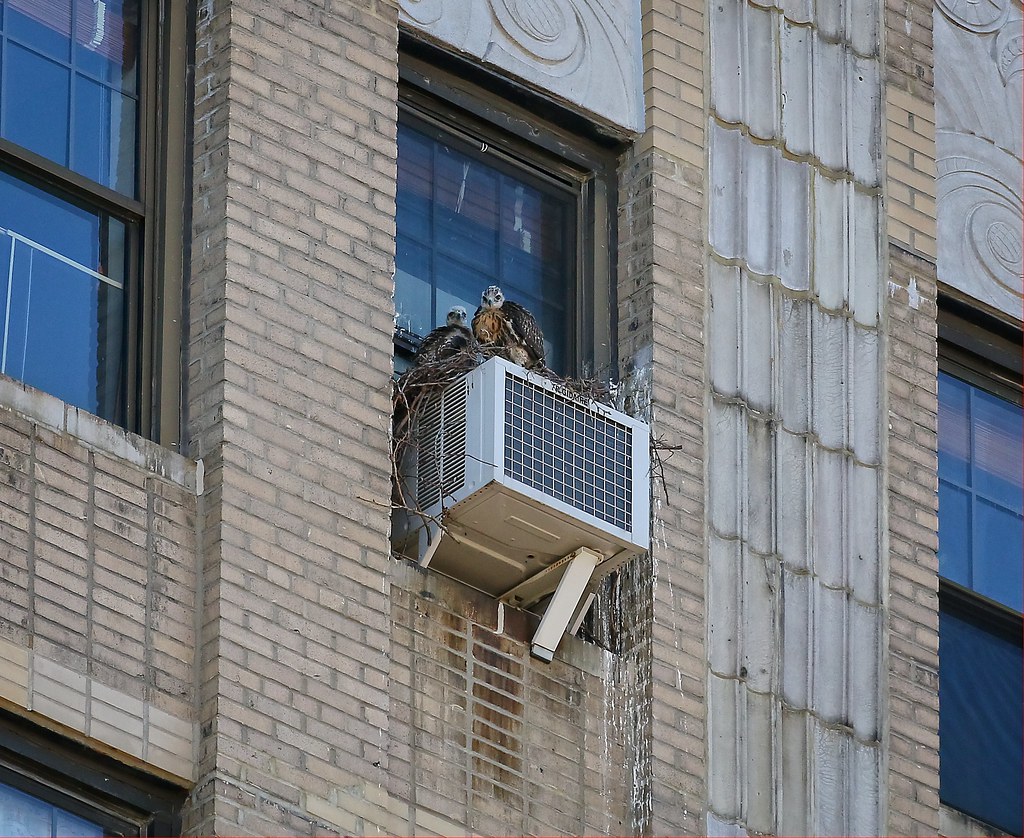 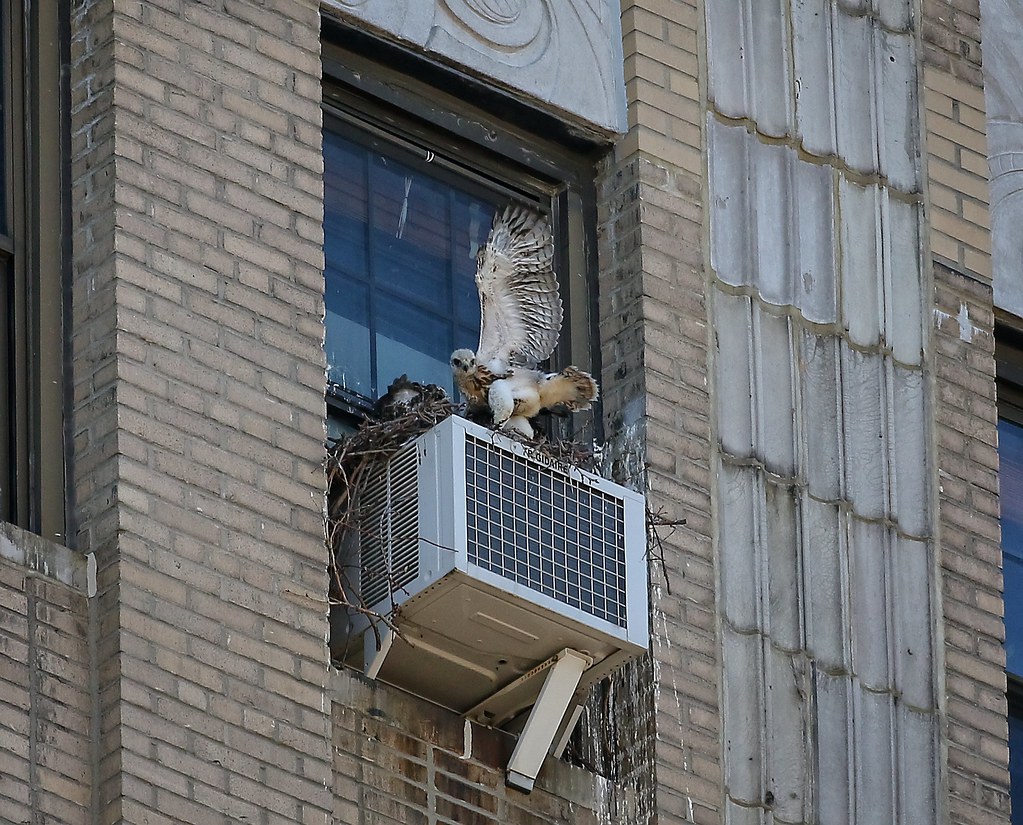 Check out those nicely speckled pantaloons... 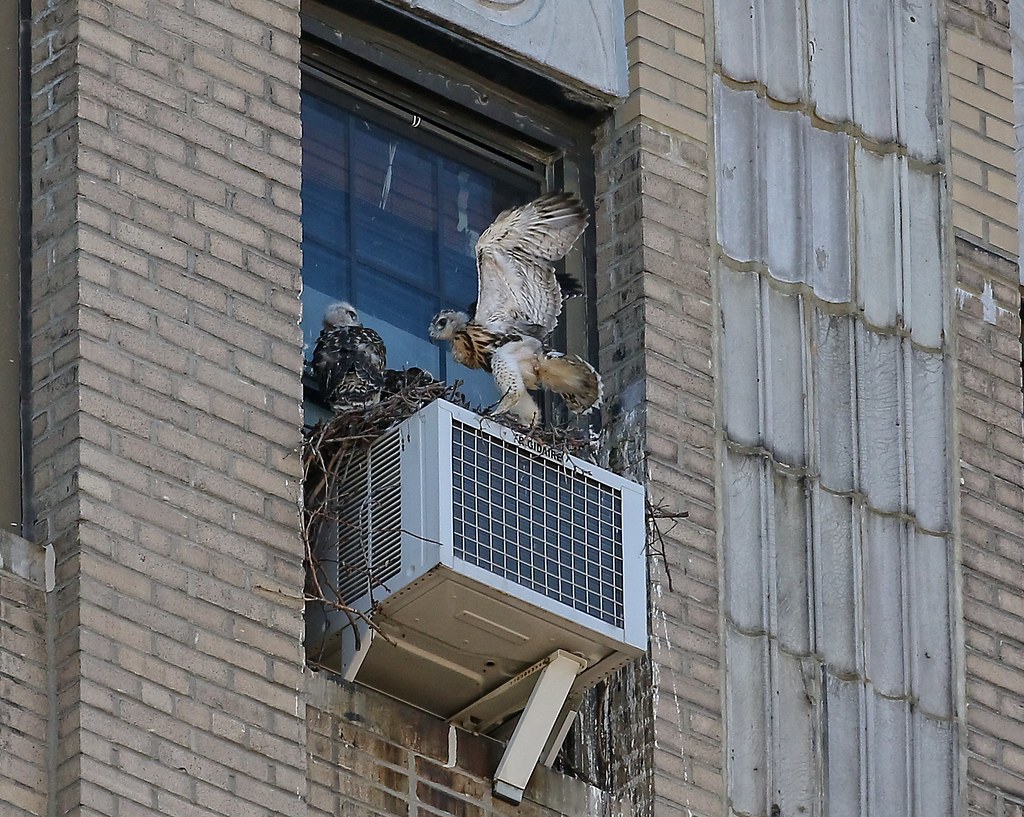 Ugh, the annoyances of sharing a junior studio apartment.  No personal space! 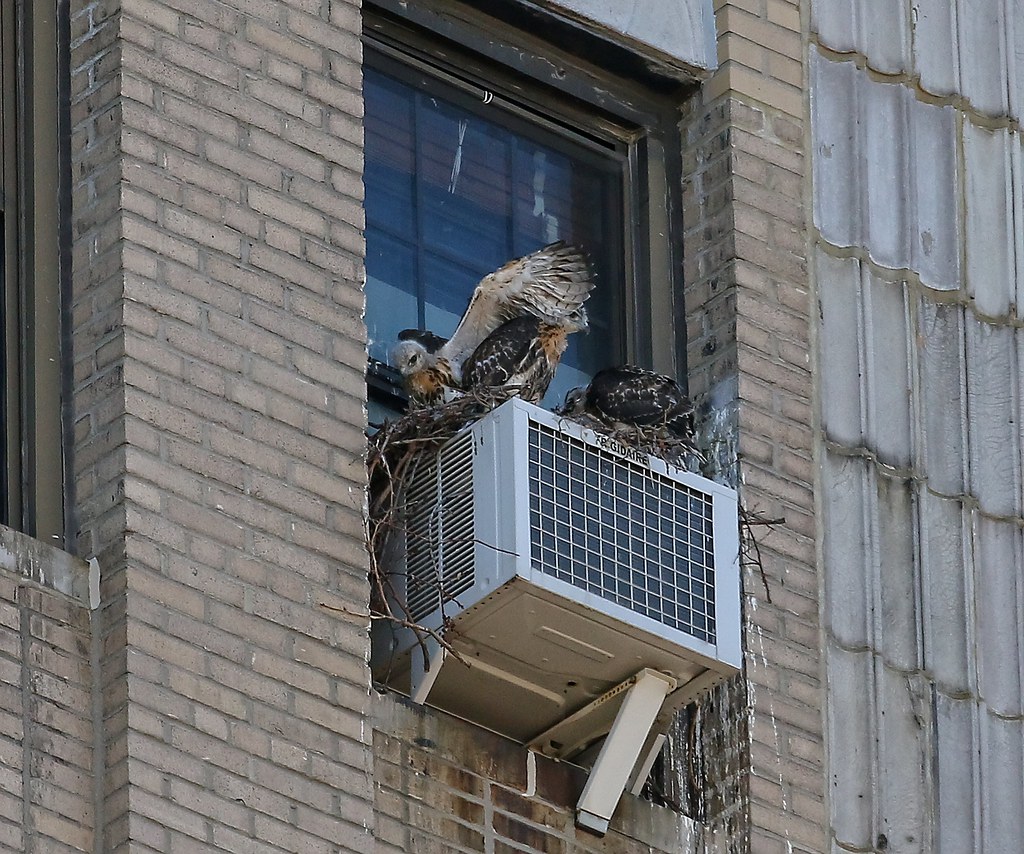 After the kids settle down, Christo delivers dinner. 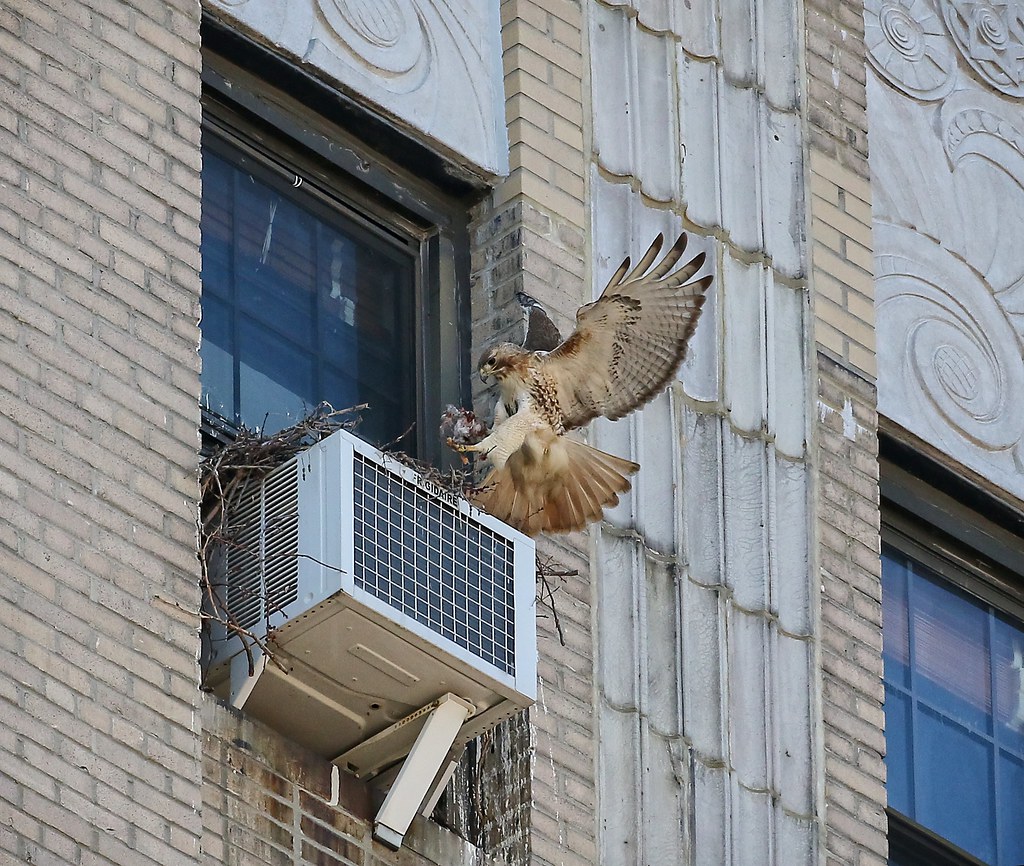 Everybody watches mom fly by.  The little ones should be thinking, "Hey, I want to do that!" 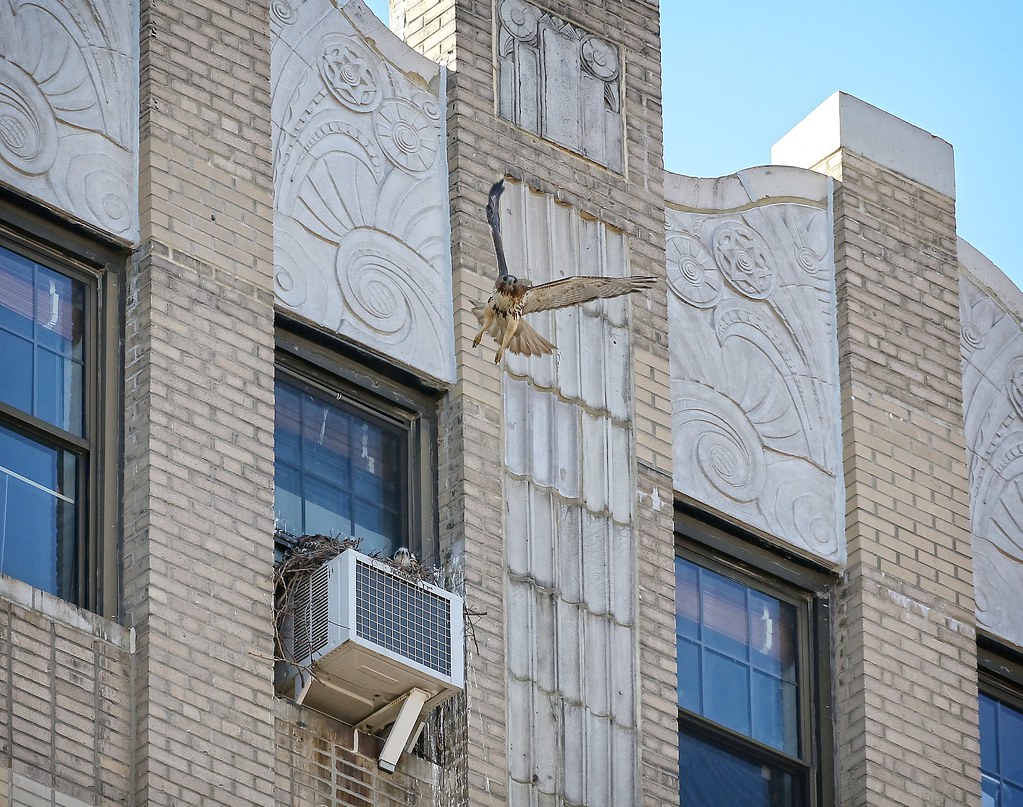 Later, the parents go back to chilling out on the church.  Christo is on top of the cross while Dora is at the base of the dome on the lower left.  They both have a direct view of the nest from up there. 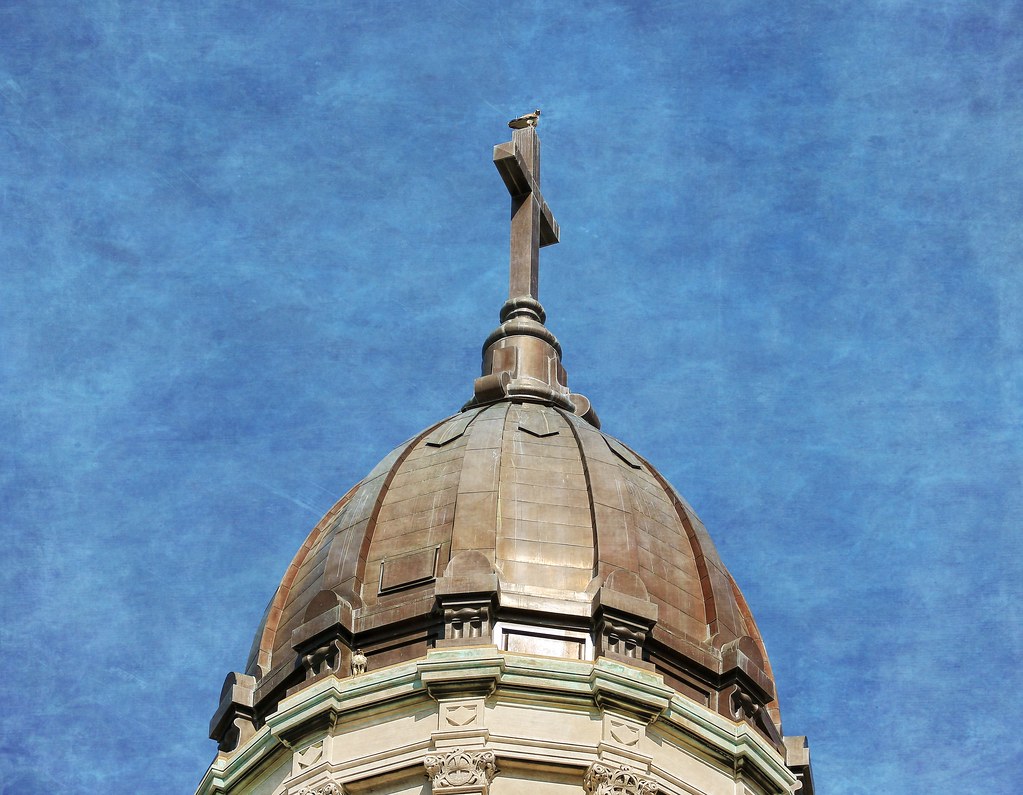 I'm a bit worried about the next couple of weeks as the baby hawks are so big and clumsy, and the nest is so small.  When they flap their wings, they stumble around and it's unnerving to see them doing that so close to the edge.  But, they are birds and this is what they do...

Previously.
Posted by Goggla at 10:41 PM