Our East Village hawklets are now just over four weeks old and they are looking less like fluffy marshmallows and more like serious raptors.

Tonight, two of the three kids gazed from the nest up at their parents, Christo and Dora, who were watching them from the church cross across the street.  I like how their dark wing feathers make it look like they're wearing robes. 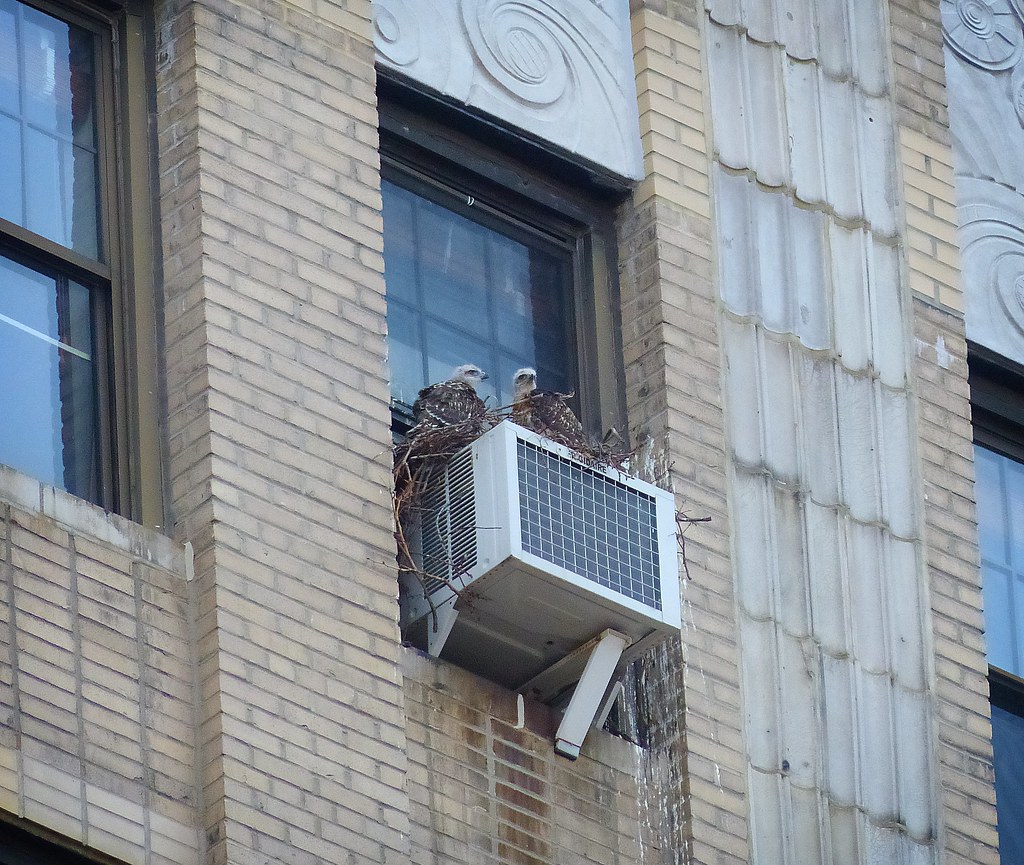 Christo is on top of the cross while Dora is perched on the globe on the lower left. 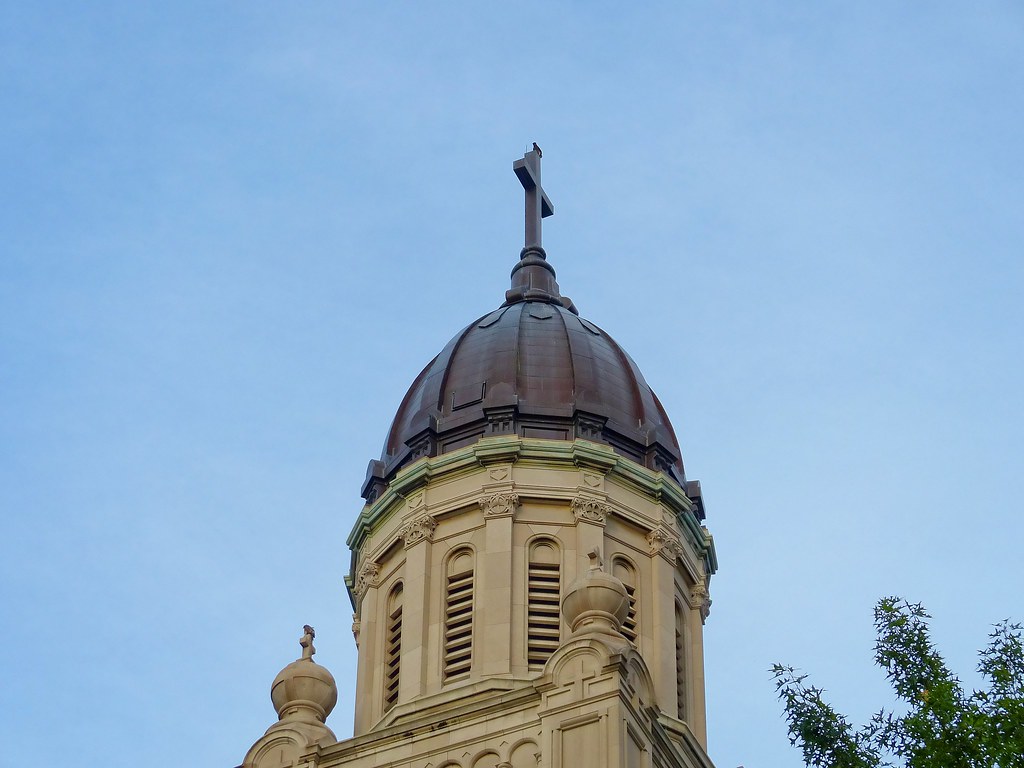 The youngsters' wingspan is now almost as wide as the window well. 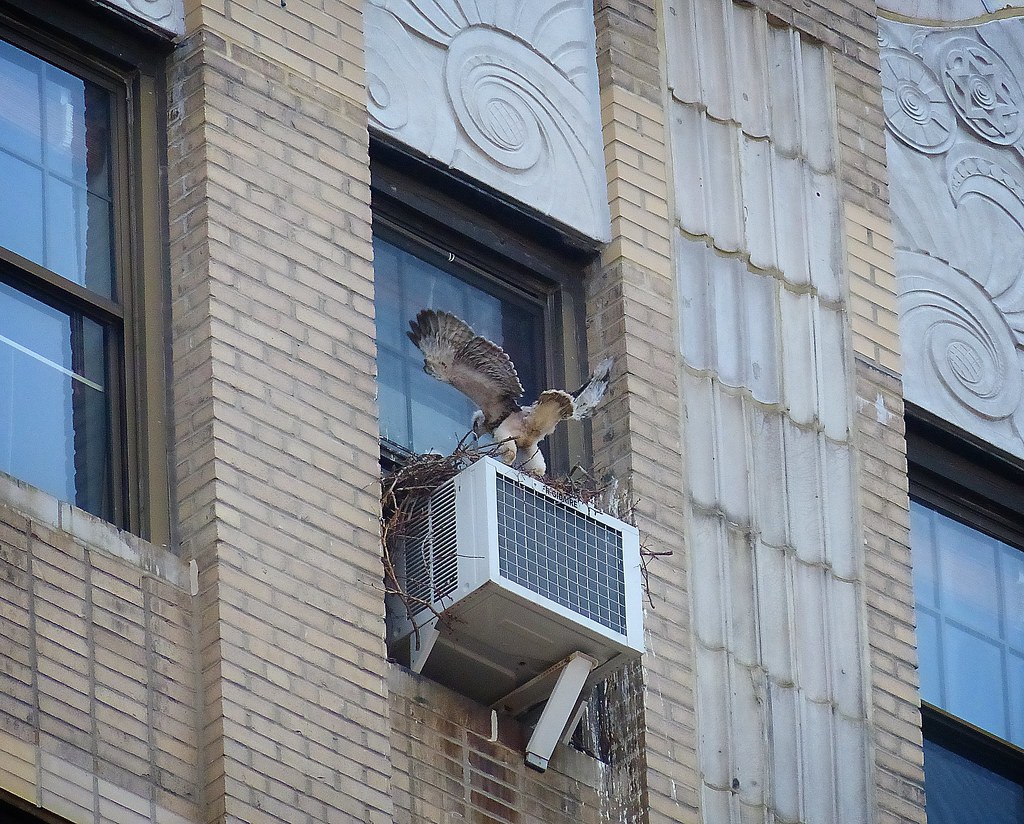 Those are some nice-looking flight feathers... 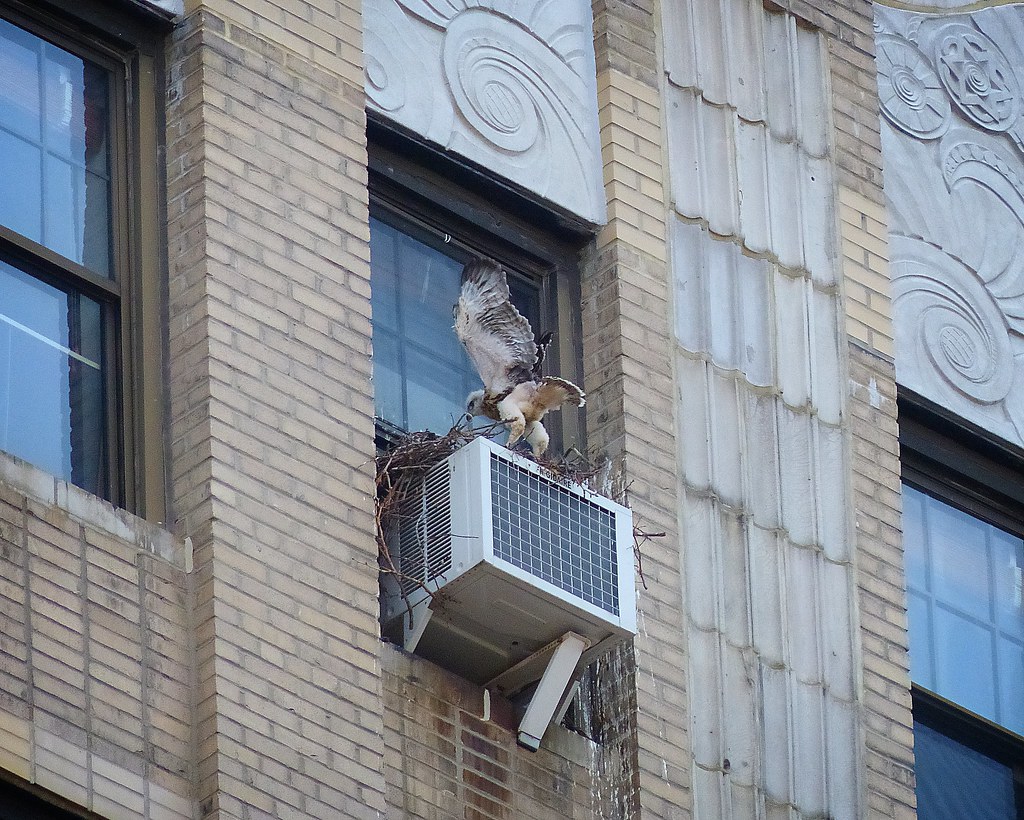 For a closer look at how the tail feathers emerge, check out this screen shot taken from the Cornell Lab hawk cam.  Here is another one - the new feathers resemble paint brushes.

For those of you keeping track, the first Avenue A hawk baby hatched on May 1, putting it at 34 days old.  The other two are 32-34 days old.  If we're estimating they stay in the nest 46-53 days, we can expect the first fledge around June 15.  This is just a guesstimate, but I'm going to use these numbers in the office pool...

For information on the eleven other Manhattan hawk nests, Morningside Hawks has put together an informative update.

In other raptor news, the baby falcons at 55 Water Street were banded an named last Friday.  Parents Adele and Frank are proud to introduce their daughters, Candy Queen, Wesley Kate, Bama Bari, and their son, Harry's Luck.  I have no idea who came up with those amusing names.

I don't know who the MTA photographer is who took those photos, but you can see more of their brilliant work here.

In a month, all these baby birds will be ruling the sky!
Posted by Laura Goggin Photography at 9:21 PM