I've been out photographing the Avenue A hawks so much, I haven't had time to process the photos, so I'm at least a week behind.  It will take some time to catch up.

These images are from Monday, June 22.  Fledgling #1 had spent most of the day lazing around on an 11th floor air-conditioner at the Ageloff Towers, just under the nest, where the youngest sibling still resided. 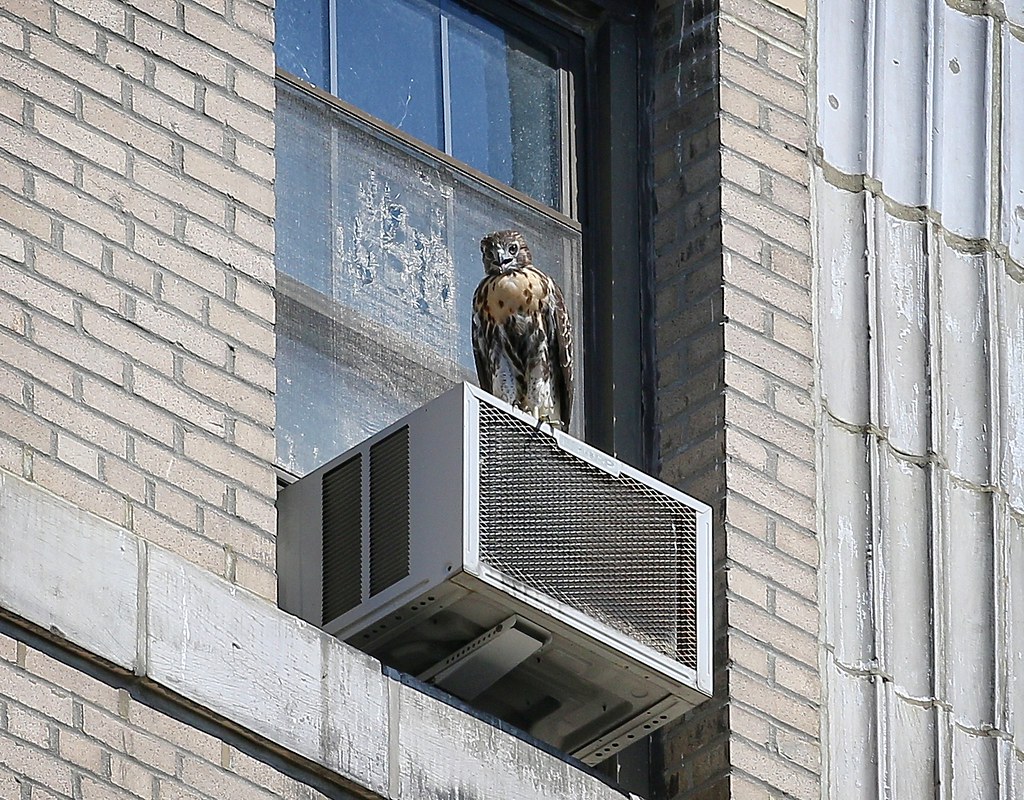 After crying all day for dad to bring it some food, Christo showed up at 3:30, but delivered the meal to the nestling up above. 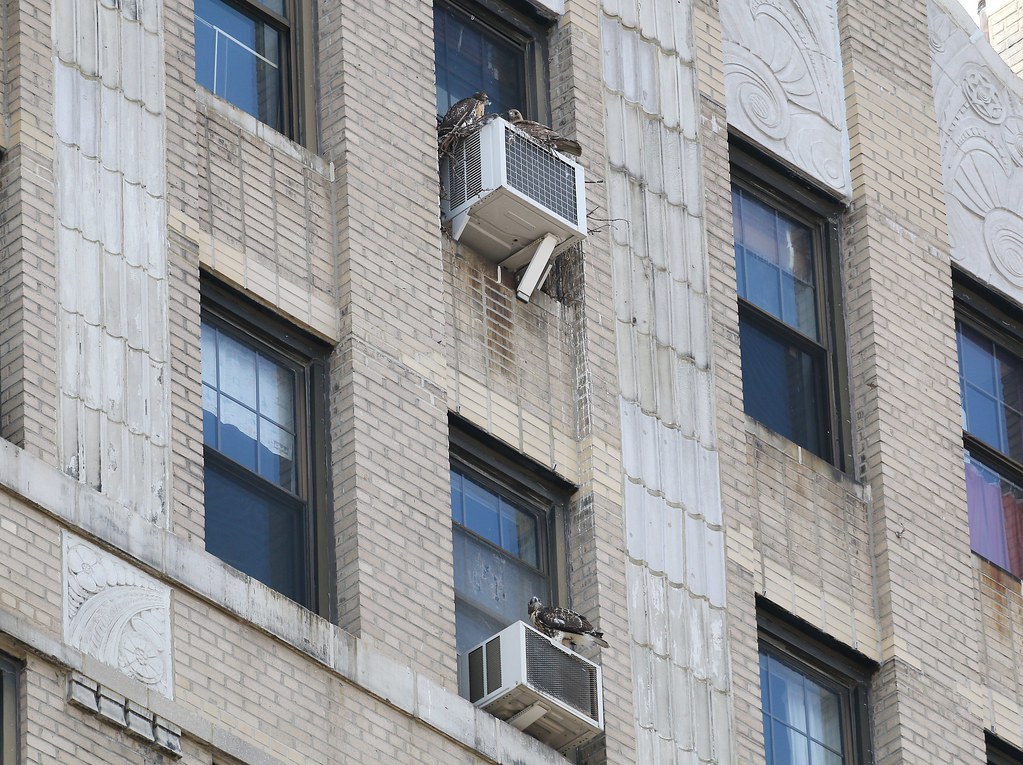 This forced Fledgling #1 to fly off the a/c.  Christo was not going to feed it where it was, so it had to go where dad wanted it.  I think he wanted to feed it at the church across the street (in the week since this incident, this is what I've been seeing take place).  So, the young hawk took off and went straight to the church.

But it landed in a rather odd spot. 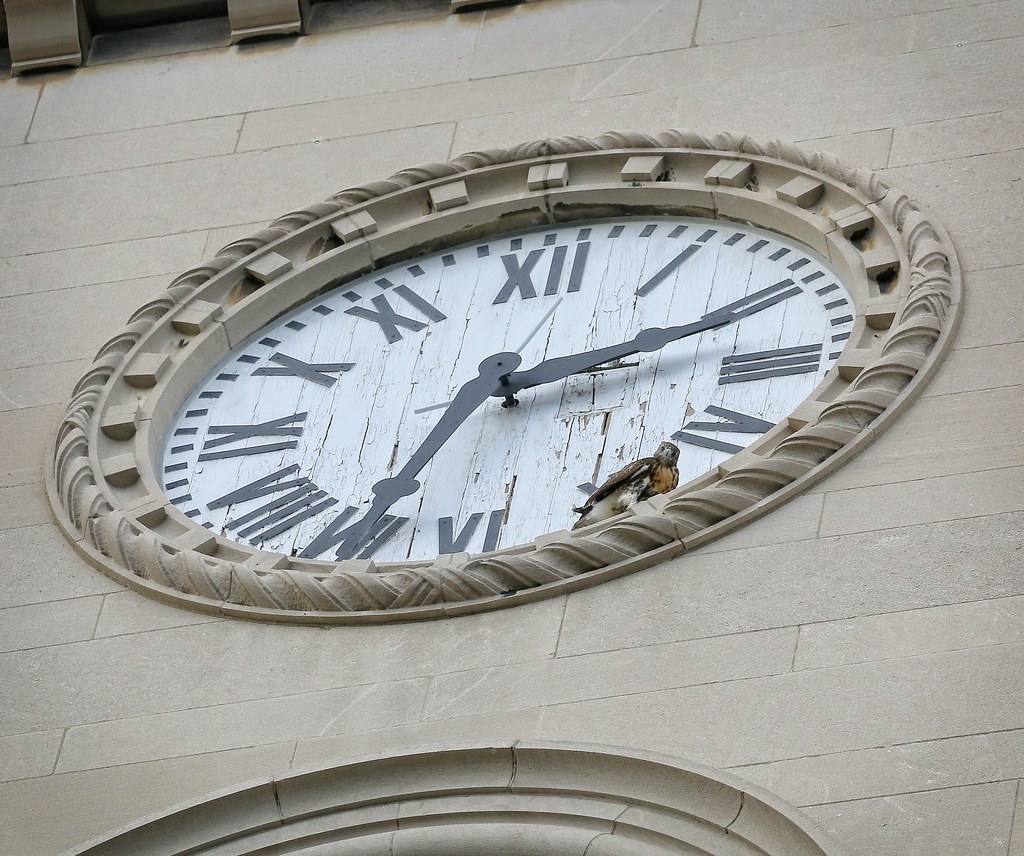 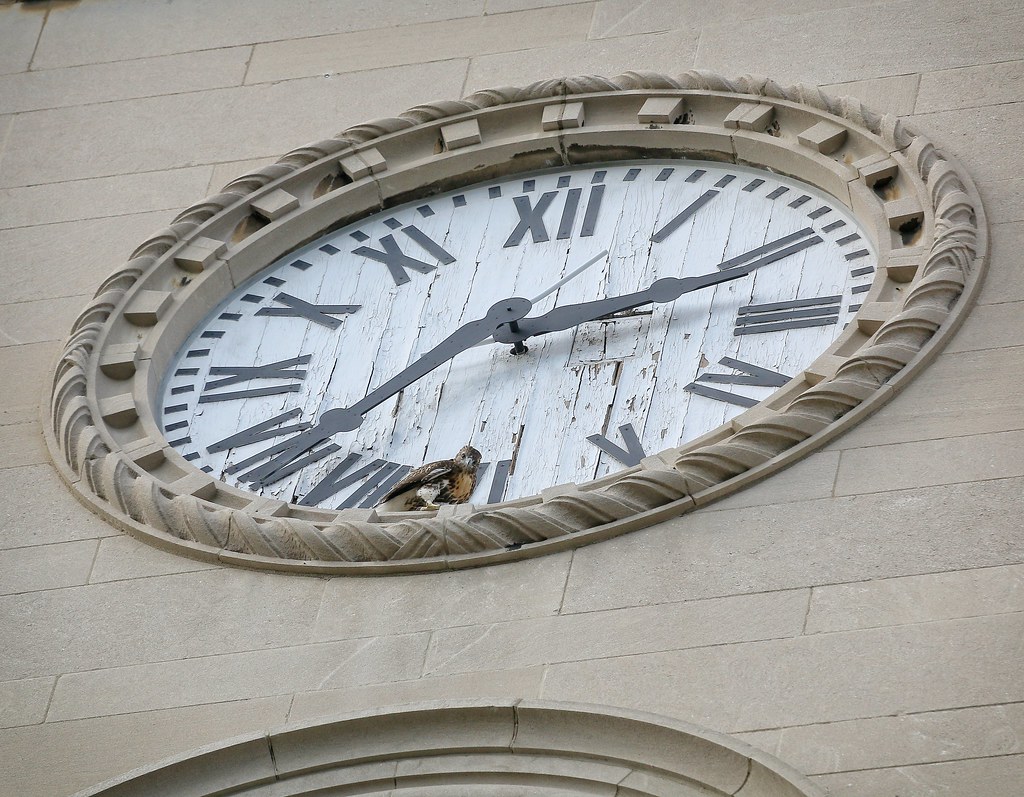 The hawklet bounced around the clock for at least an hour and, while it was up there, it actually managed to push the hour hand up by about five minutes.

I feel its pain.  I had to learn to tell time on a Roman numeral clock, too! 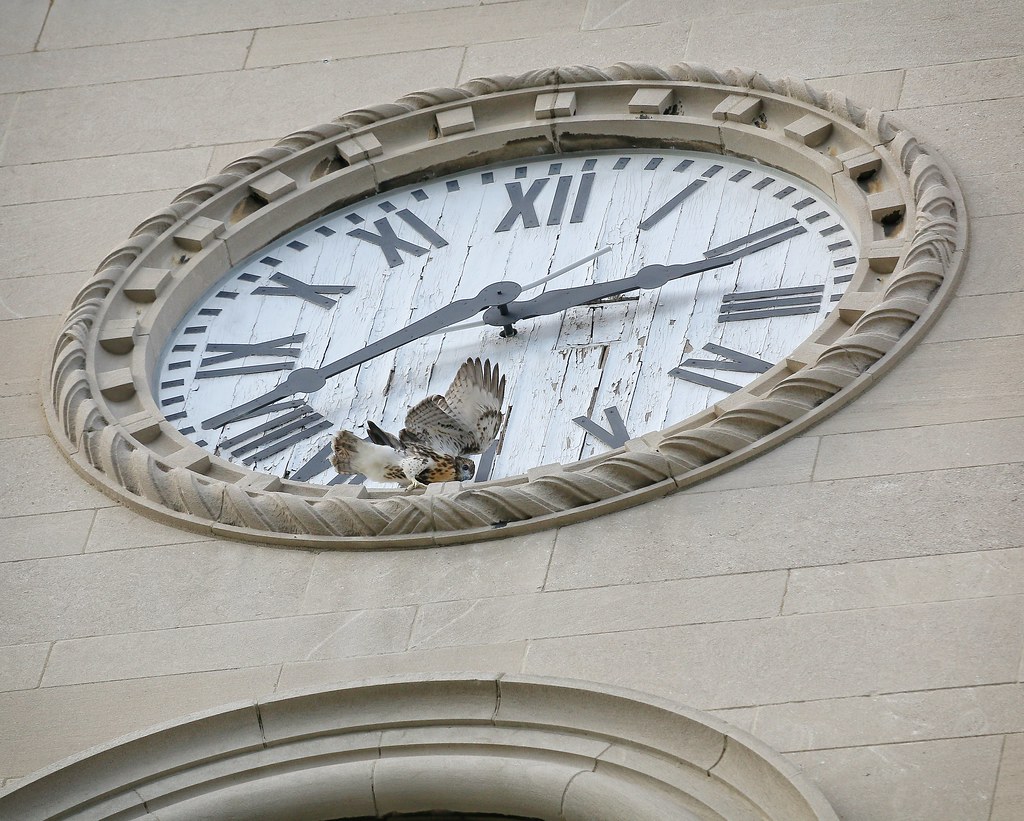 Meanwhile, parents Christo and Dora looked down from their perch on top of the cross, likely wondering what their kid was up to this time. 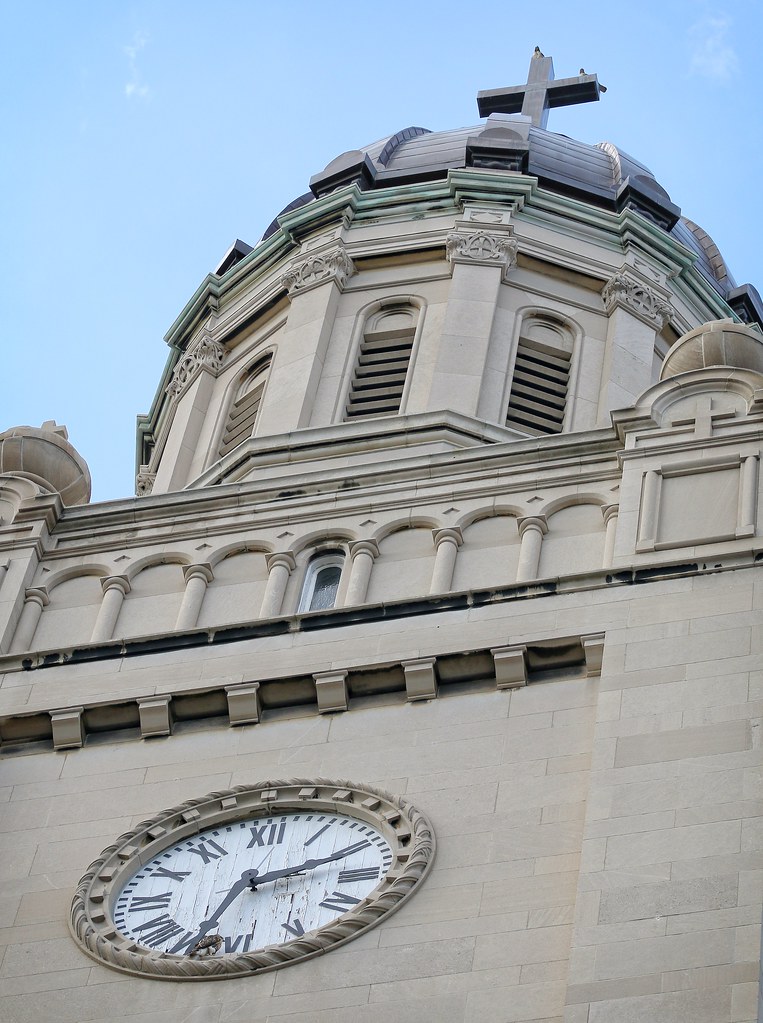 Dora came down for a closer look.  She's on the globe on the upper left. 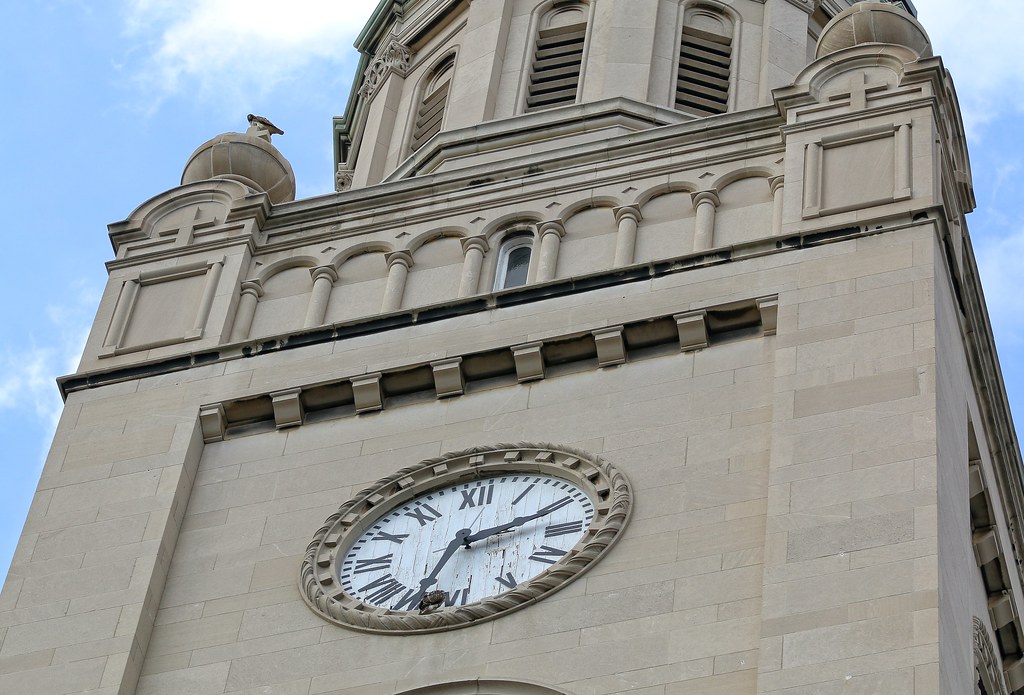 Eventually, the fledgling remembered it had wings and flew off. 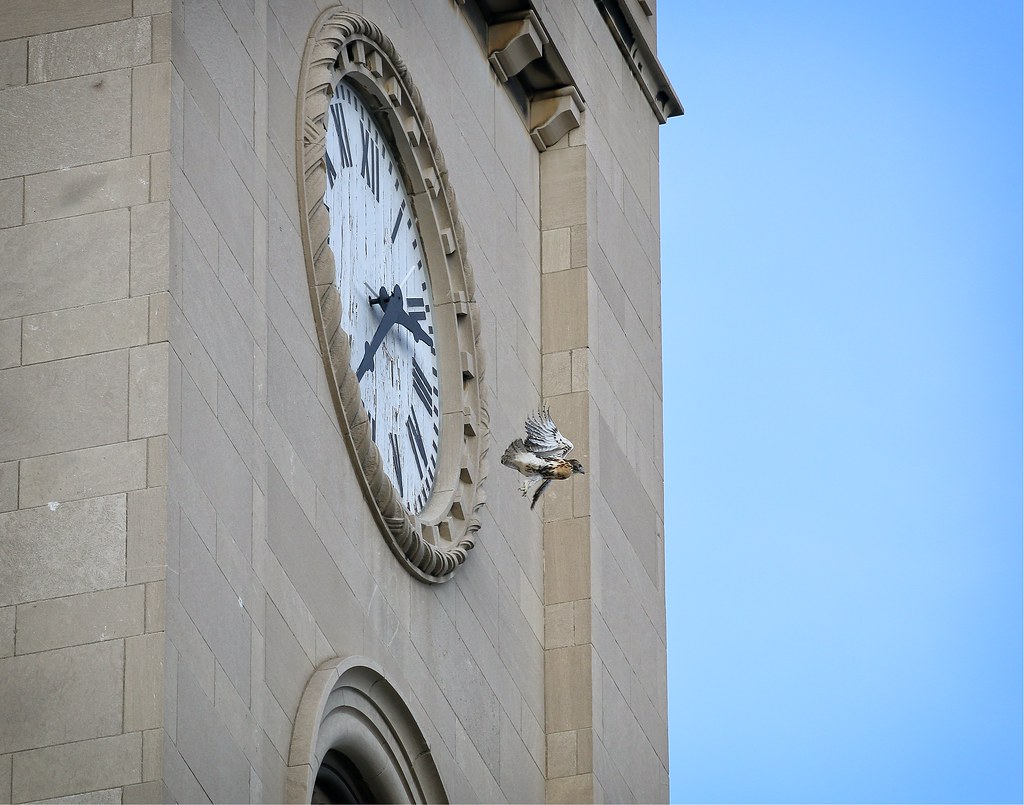 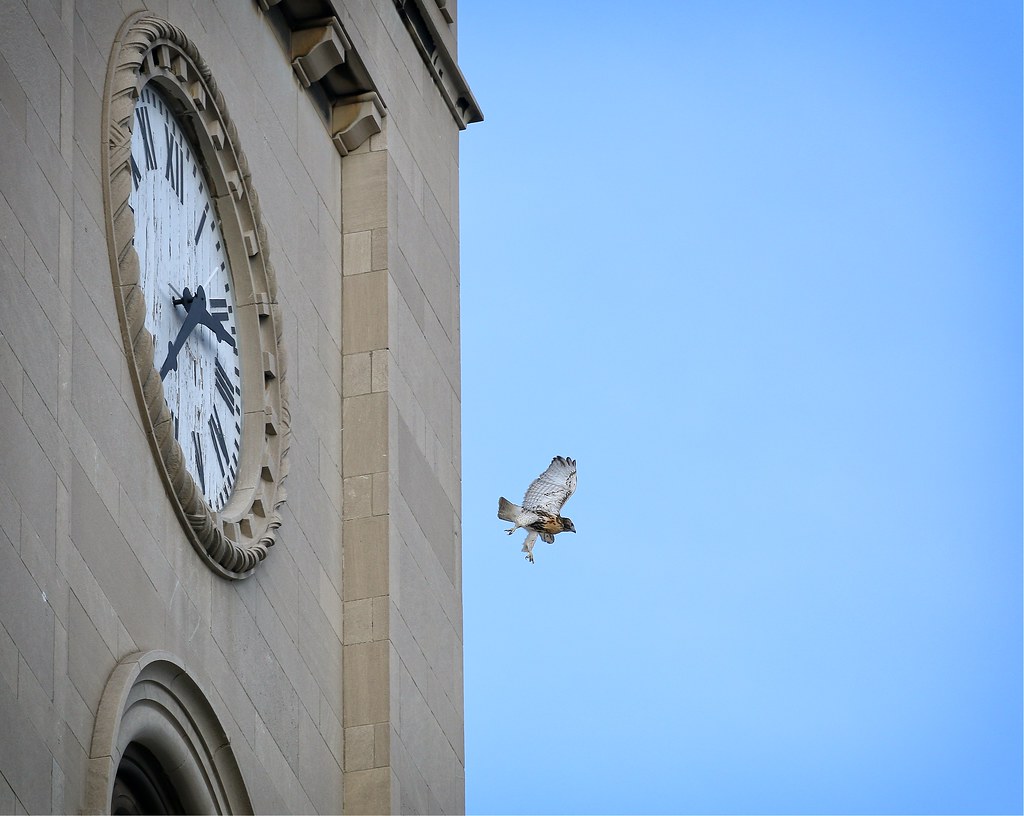 Two Hawks NYC has more on this fledgling's big day.