The Tompkins Square hawk kids are now just over three months old.  I continue to see two of the fledglings hanging out in the park regularly, but I've not had a confirmed sighting of the third sibling in about two weeks.  This is the one I believe is the first fledge, and probably a male. 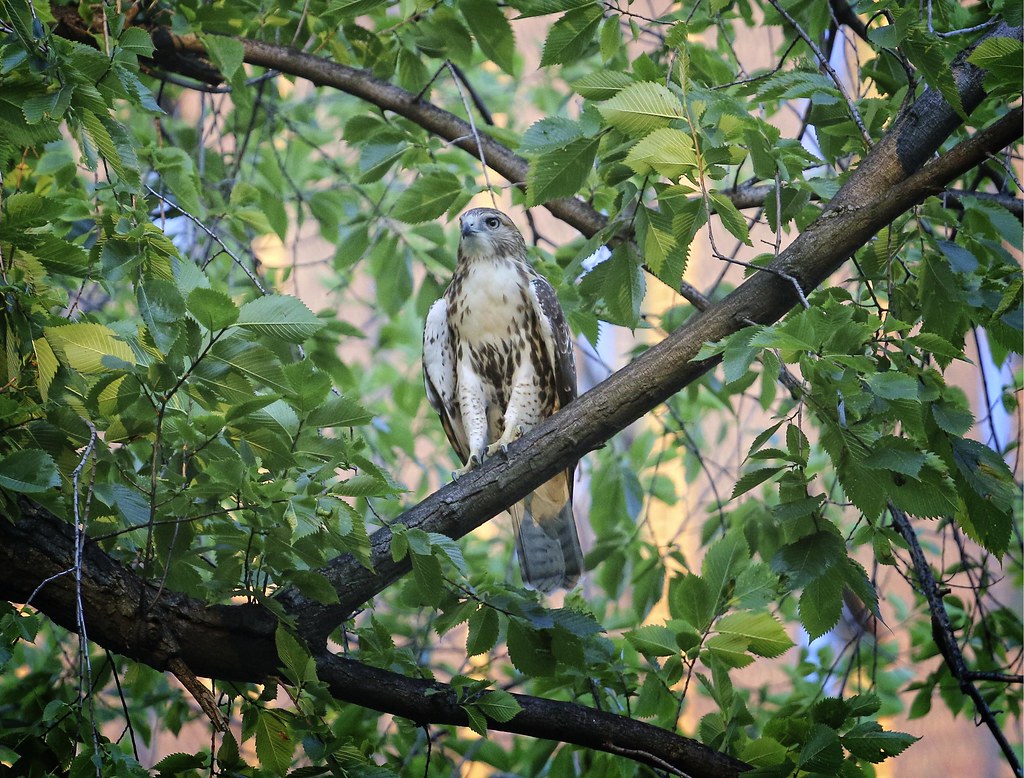 However, this doesn't mean the hawk isn't still around.  He's likely out exploring the neighborhood, preparing to take off on his own.  In the last several days, I have seen a fledgling in the company of Christo and/or Dora on the cross of Most Holy Redeemer church on E 3rd Street, and atop the Village View complex.

Friday evening, I came across Dora as she perched on the Village View building at Avenue A and 5th Street. She was over twenty stories up, and I was over a block away, yet she still managed to look right into my lens.  That's a robin shooting past her. 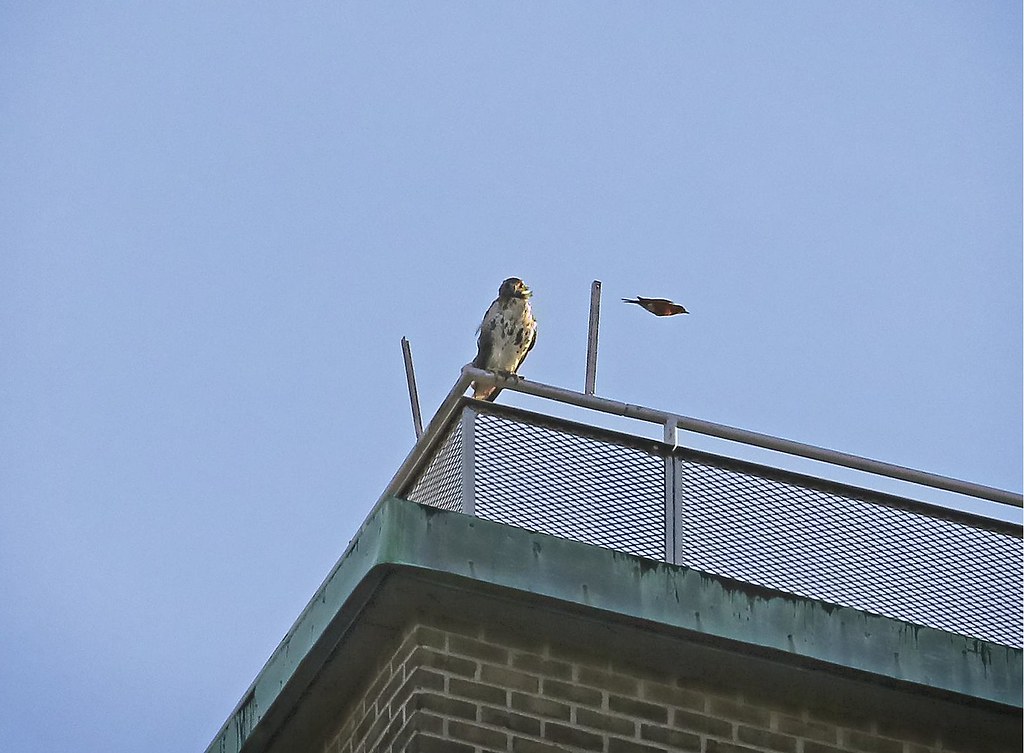 She was soon joined by one of her kids who flew in from the east, crying and begging for food. 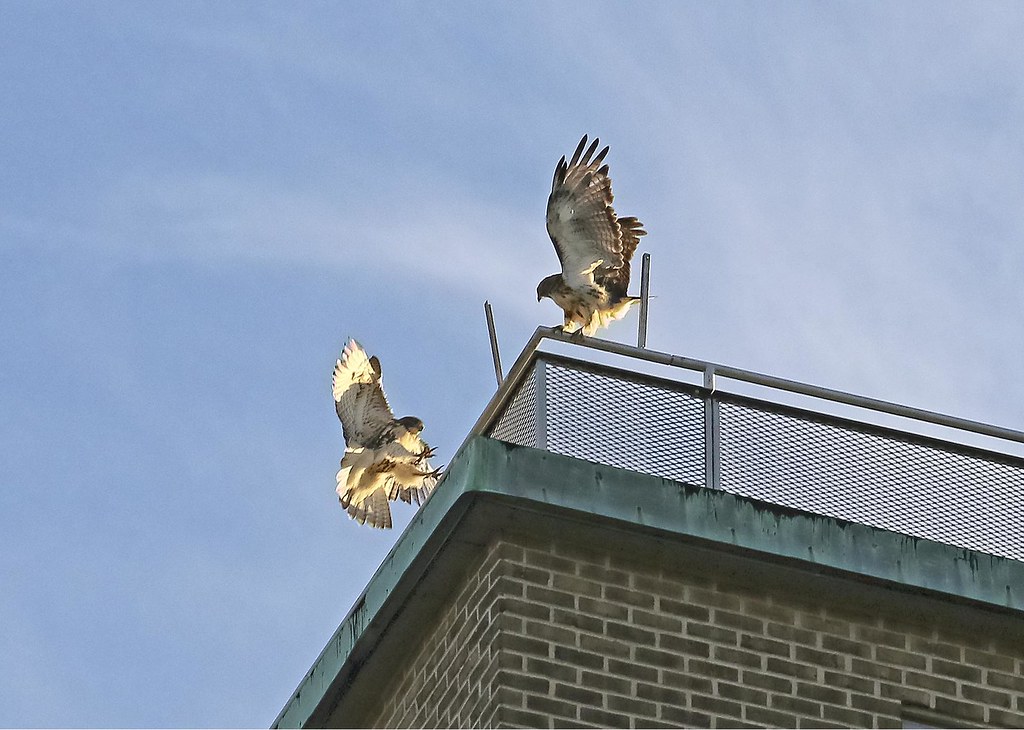 Dora showed it some tough love, allowing it to keep her company as she watched the sun go down, but not giving it anything to eat. 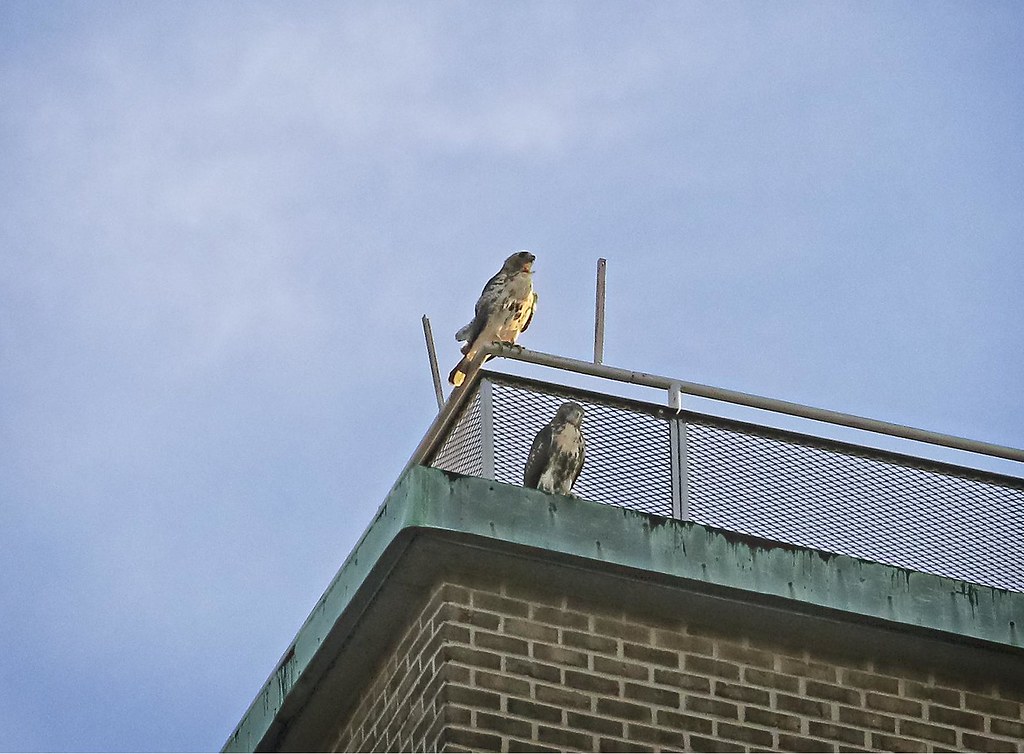 I've noticed that Christo has been feeding the kids less recently - he either gives them tiny meals like mice, or makes fewer food drops.  They've had it good so far, with Dad keeping them happily fed, but the kids must learn to catch their own prey.  Not to worry, though, as the parents continue to make sure they're doing all right.

Back in the park, the other two fledglings demonstrate their near-zero fear of people. 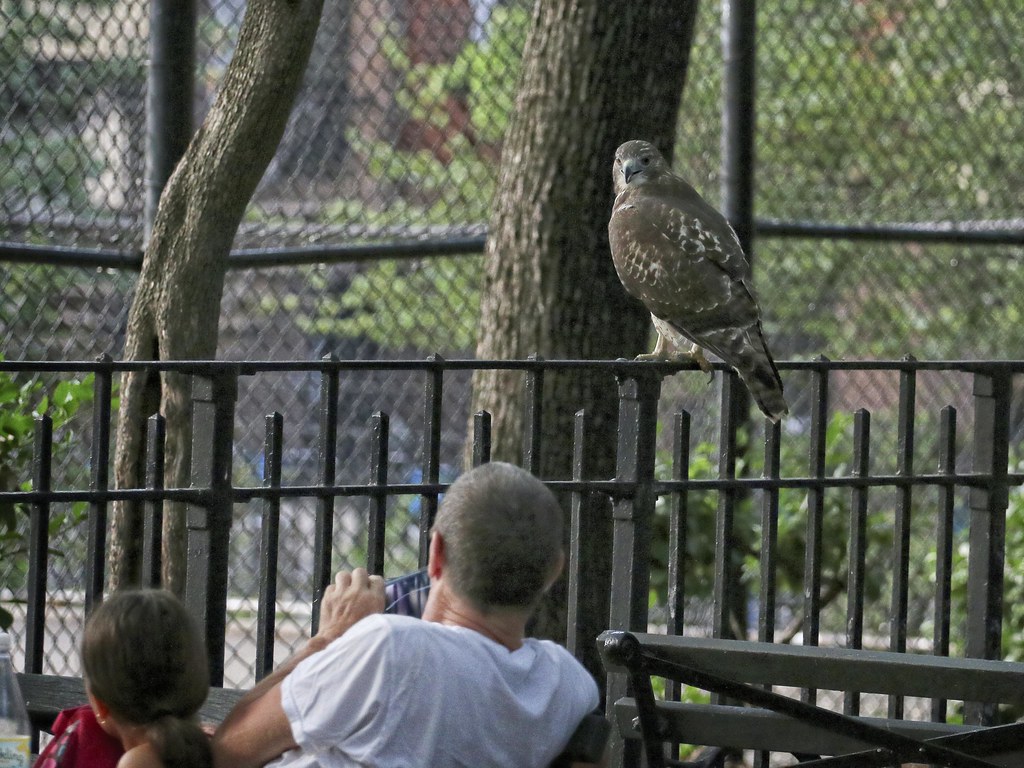 I think this one might take up photography some day. 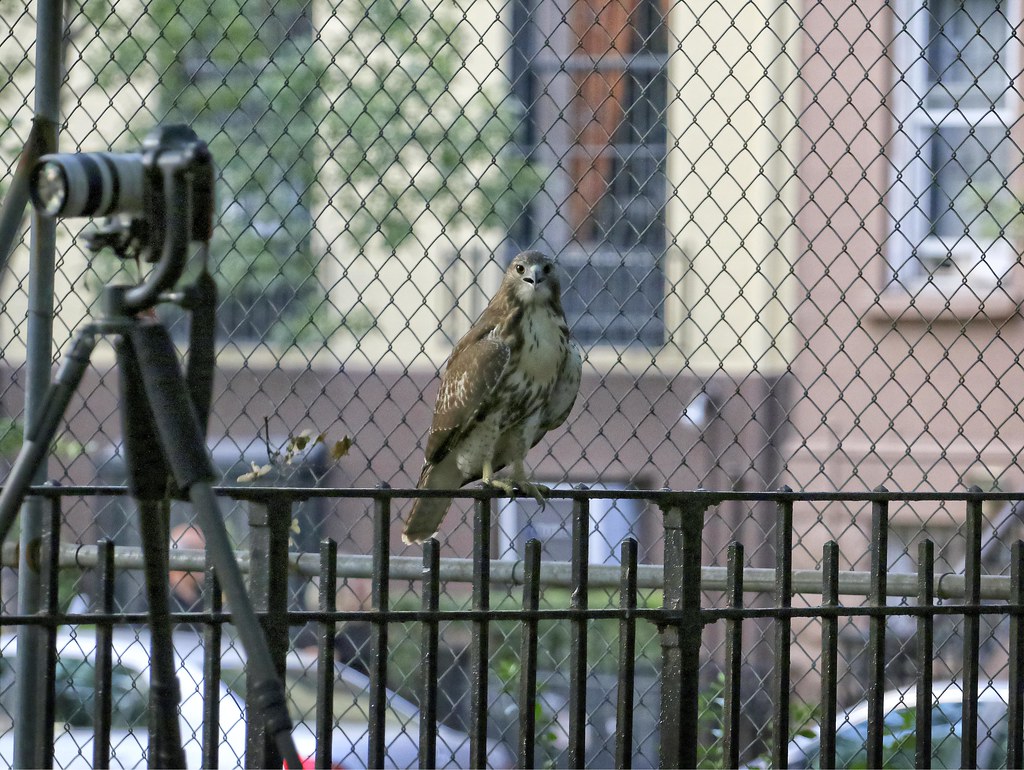 Their number one interest, though, seems to be squirrels.  These hawks go after squirrels like I've never seen before.  The fledglings swoop, dive after and chase the squirrels, but have yet to catch one. 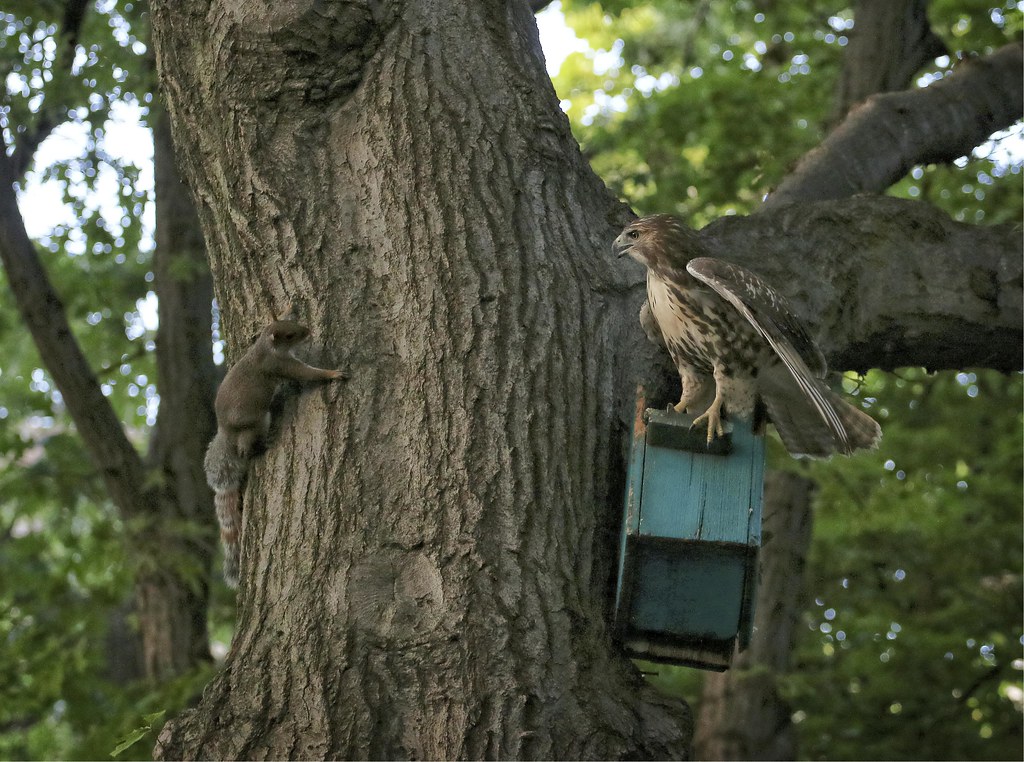 In the mean time, the hawks practice catching easier prey like sticks and leaves. 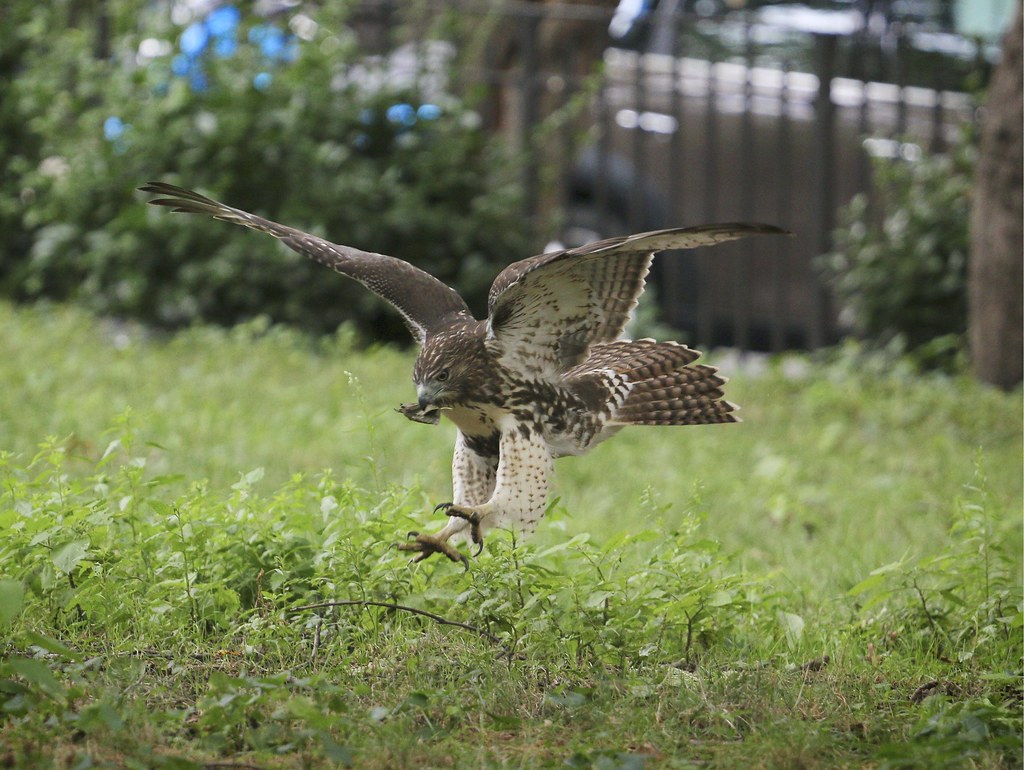 I'm so heartened to know the park has become a safe place for these beautiful birds to flourish. 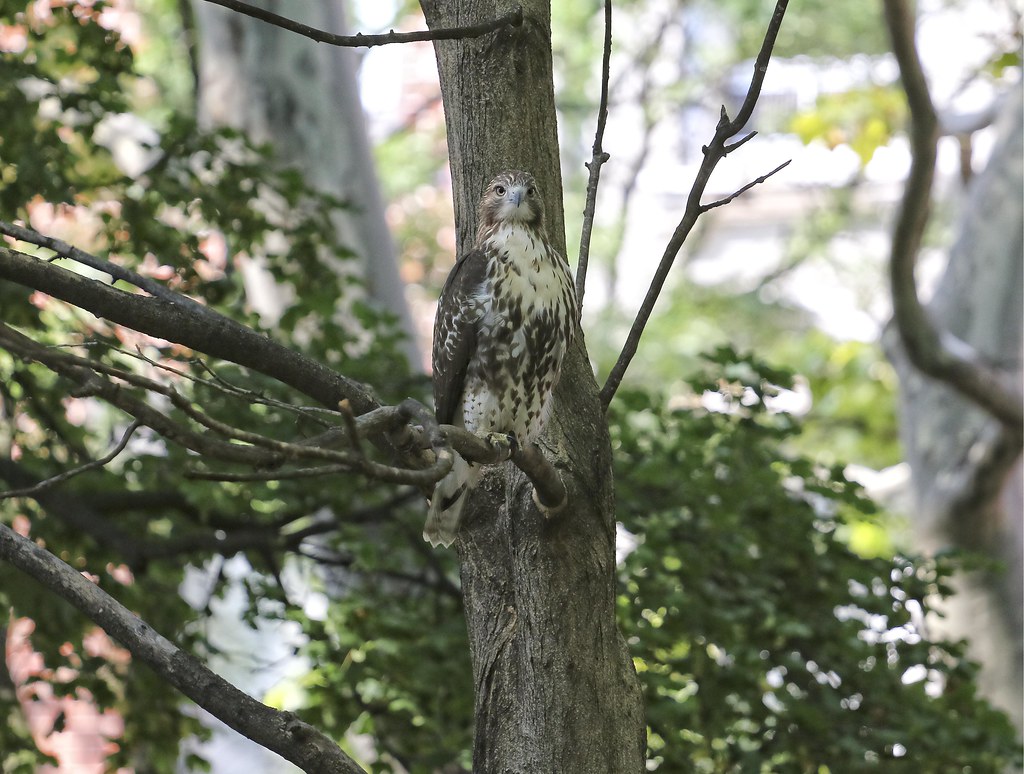 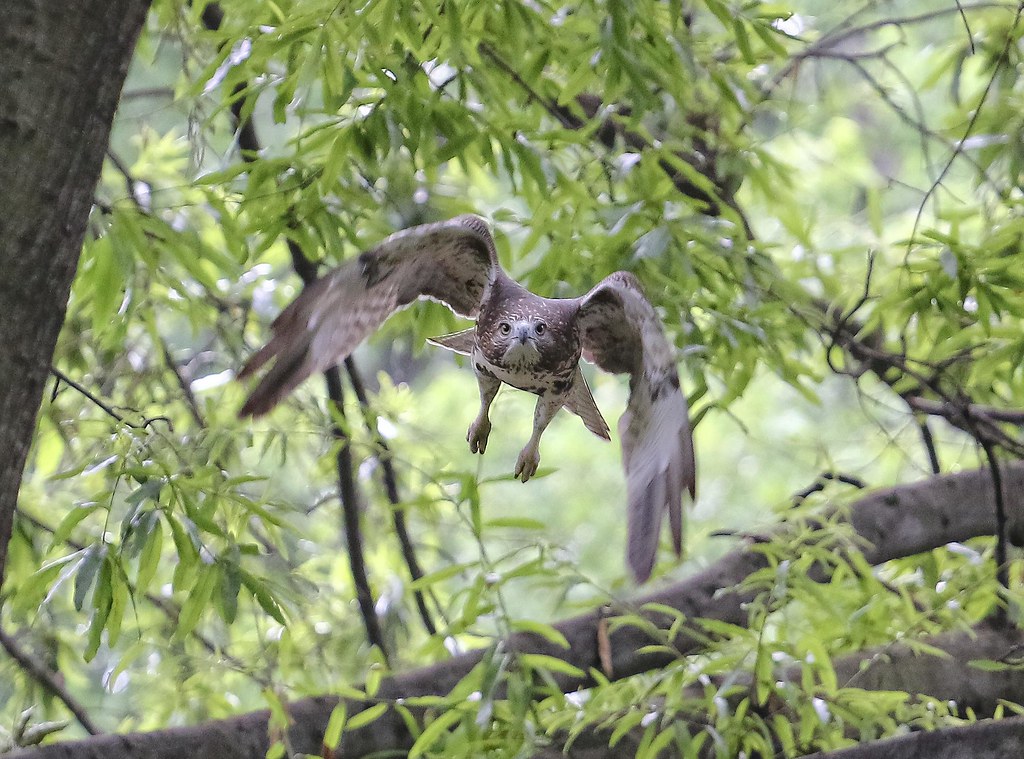