Summer is over, the kids have flown, so it's time for hawks Christo and Dora to find something to do with their time.  Being the industrious types, they have spent the last couple of weeks building a second nest near the ping pong table in Tompkins Square Park.  Breeding season doesn't happen until late January or early February, so this does not necessarily mean they'll use this nest for their next family.  It could be a bonding exercise, helping to strengthen their cooperation and partnership.

Or, maybe they just want a new rec room.

In the photo below, the nest is the blob of leaves on the left.  Dora is perched a couple of feet above it.  Christo is on the branch on the lower right side of the photo. 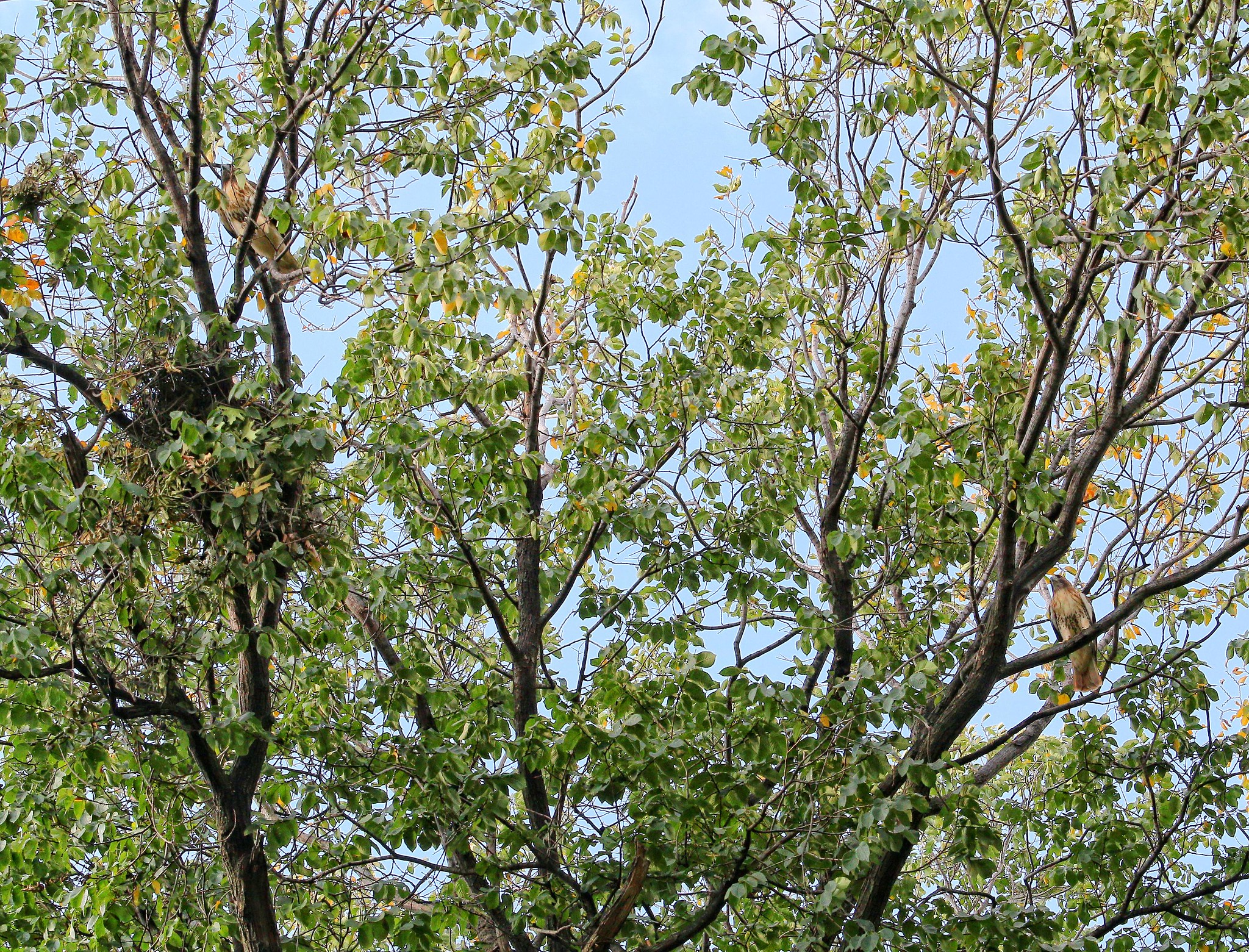 From what I've heard about hawks, building a nest in October is fairly unusual, but it's not the first time for this pair.  Last October, Dora surprised us by building their current nest in the ginkgo tree near the Avenue B and 8th Street entrance to the park.  She seemed to be the one to initiate that project, but I don't know which one of them chose to create this new one.  Both hawks have been working on it. 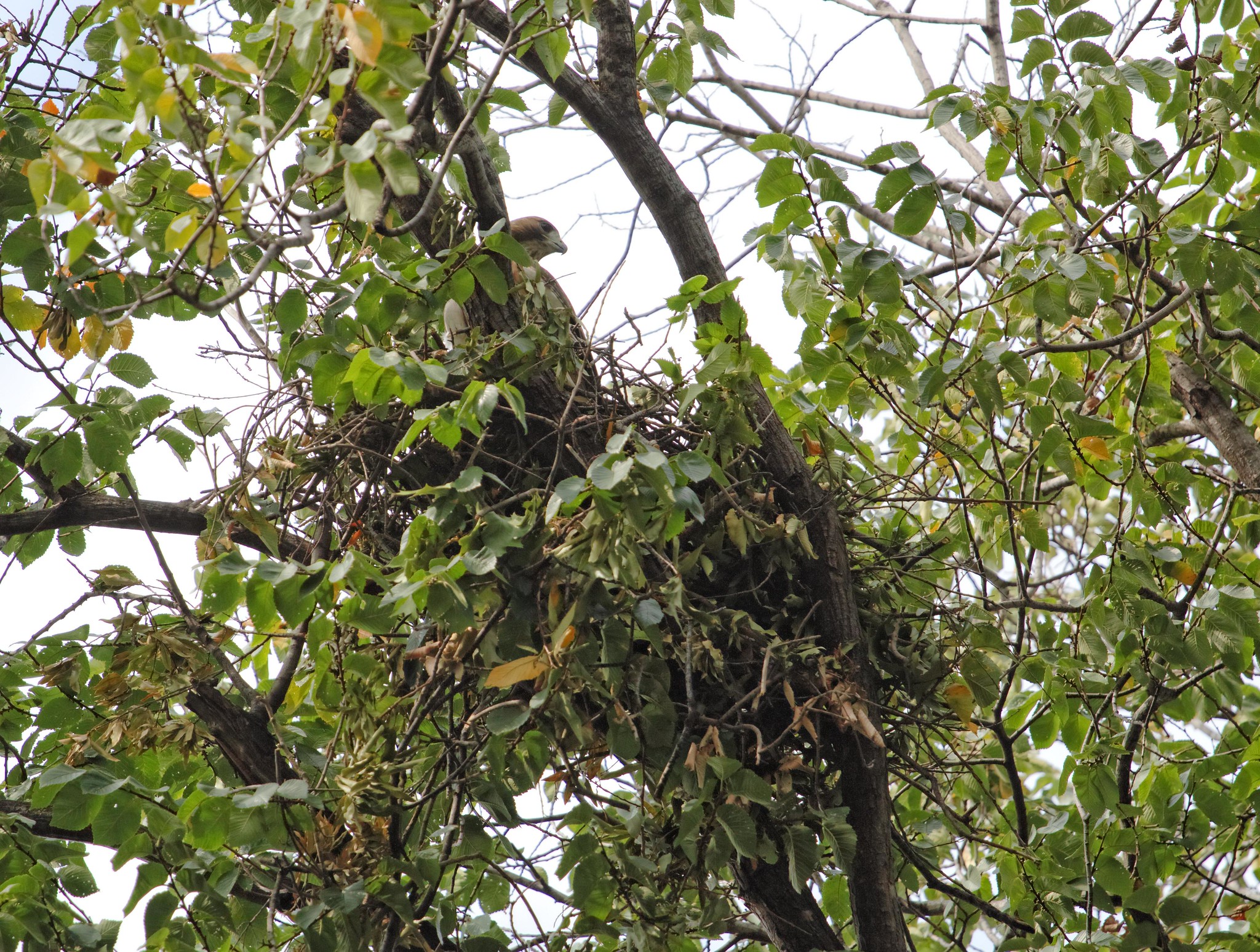 And here he is flying in with a stick. 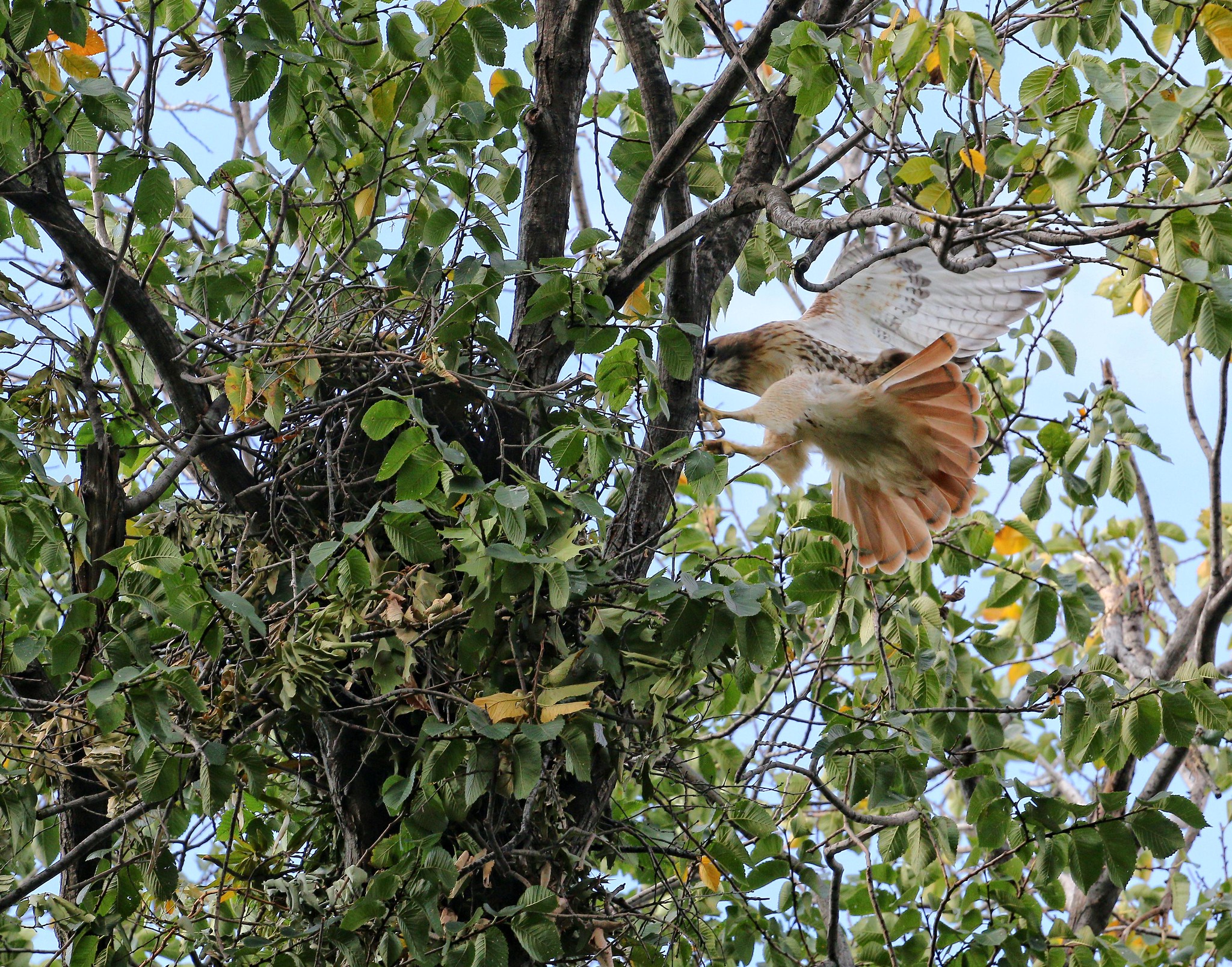 Where do the hawks get the sticks?  Below, Christo breaks twigs from the same tree that holds the nest. 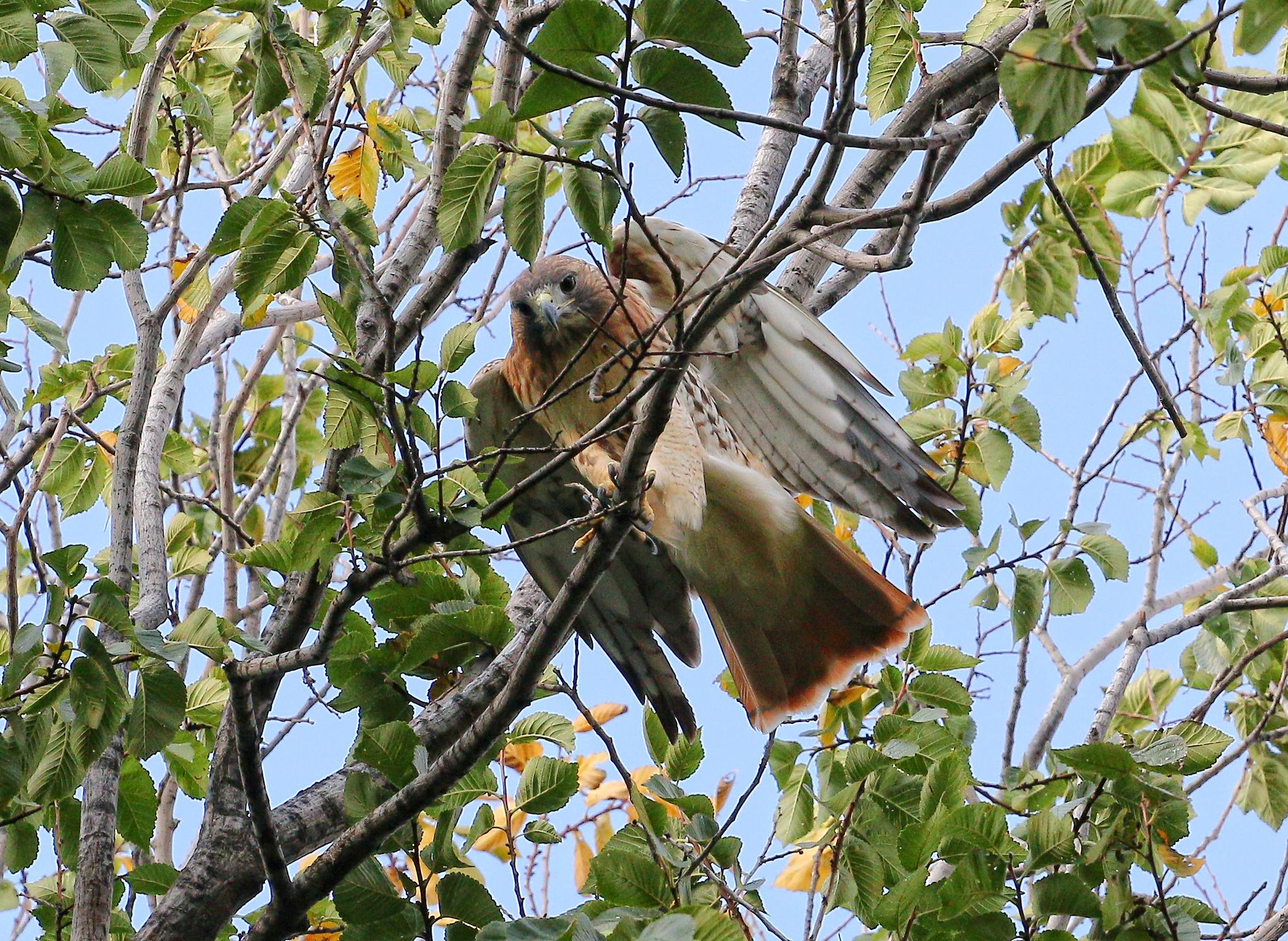 Twice on the same day, I saw him take branches from the redwood tree next to the men's restroom.  He used this tree for nesting material last February as well. 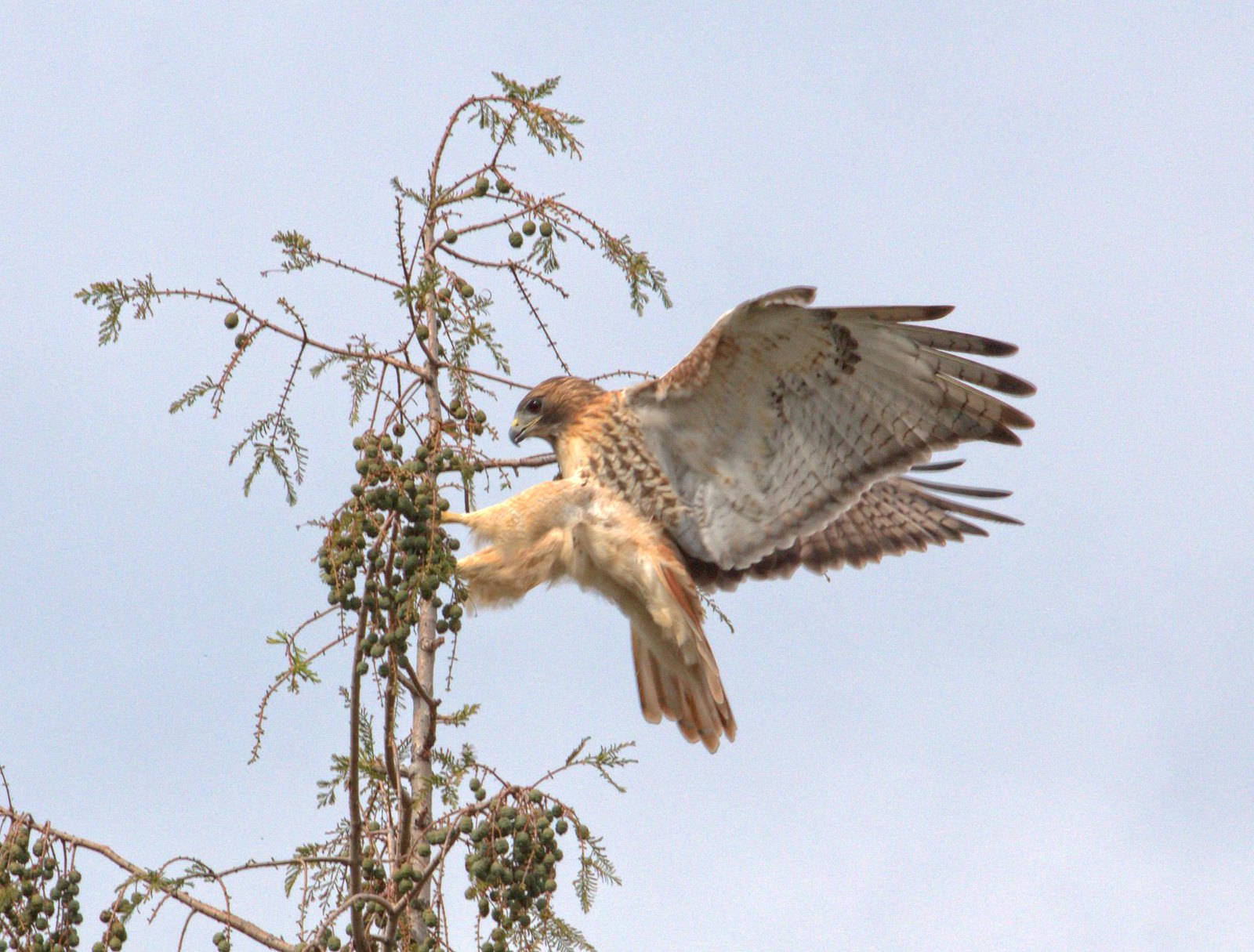 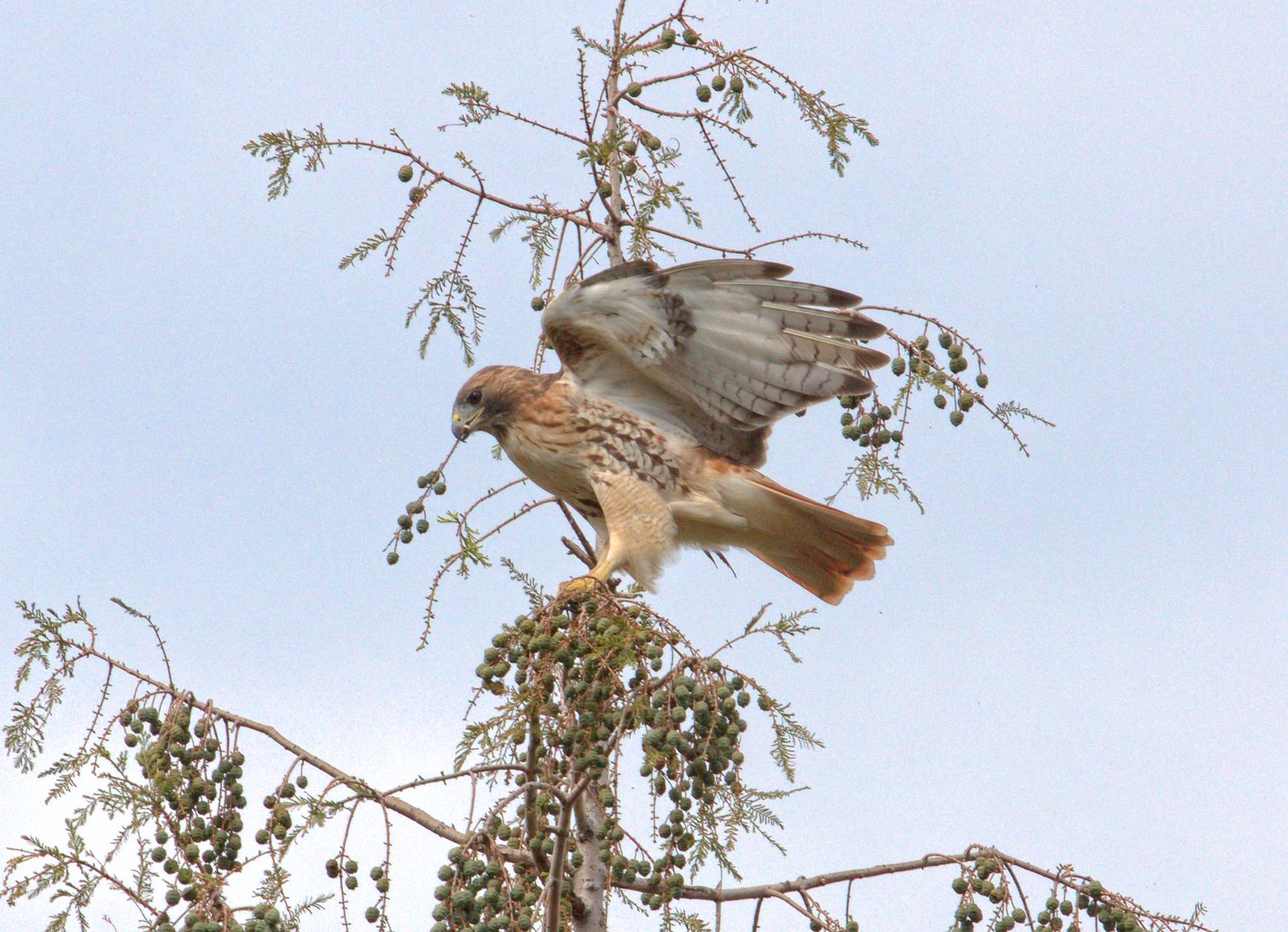 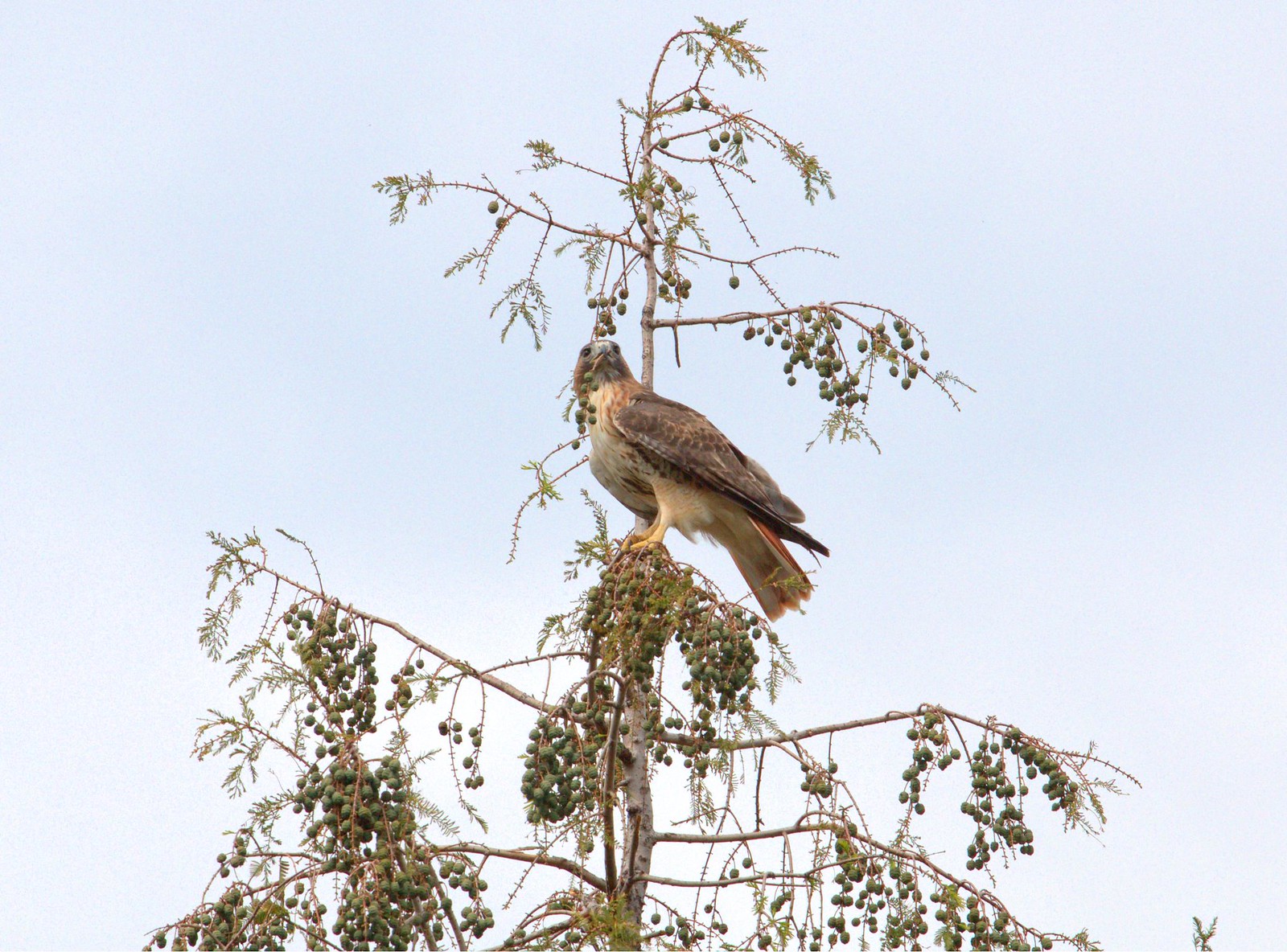 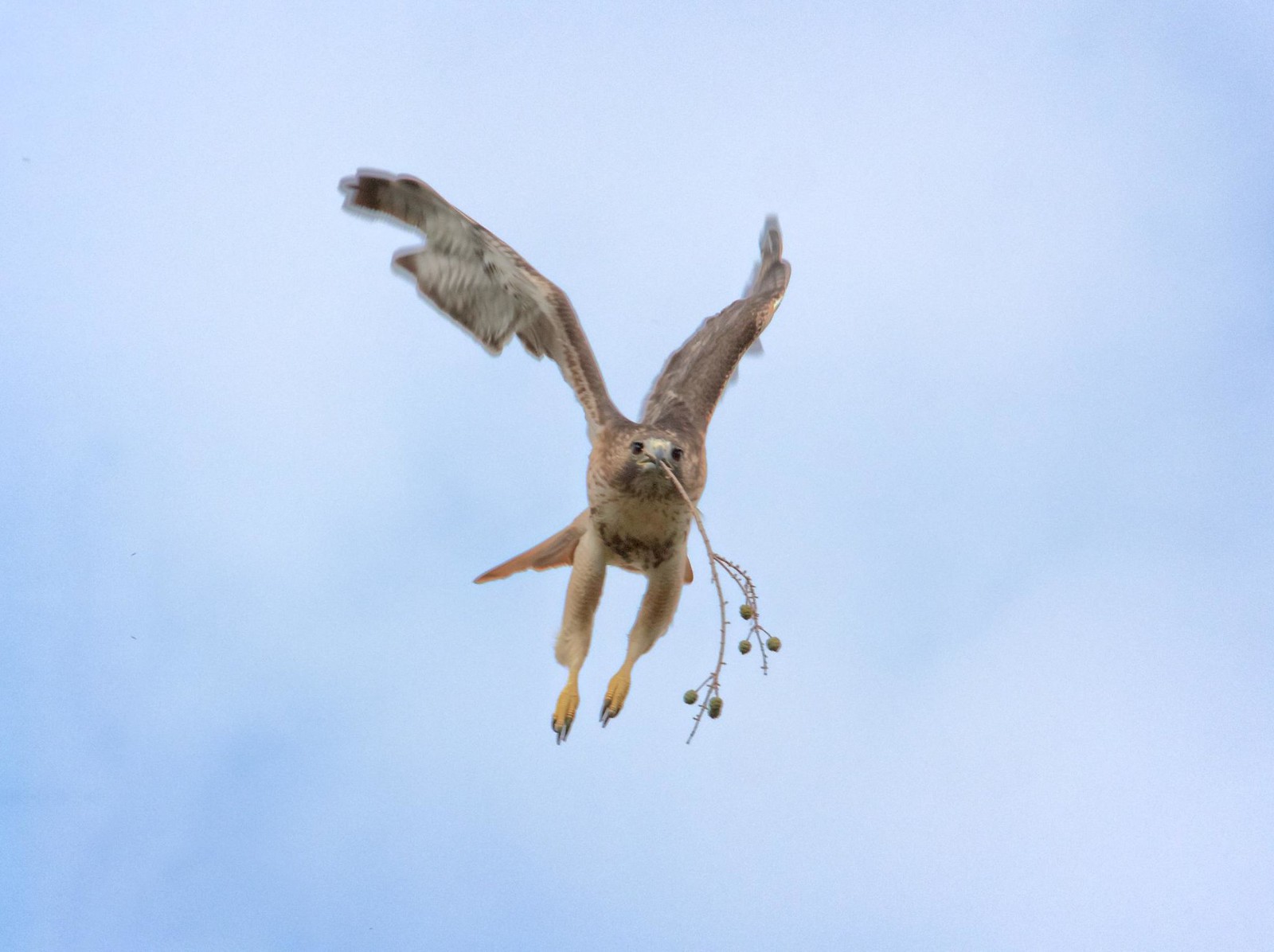 At the end of a long busy day, Dora rests and scratches. 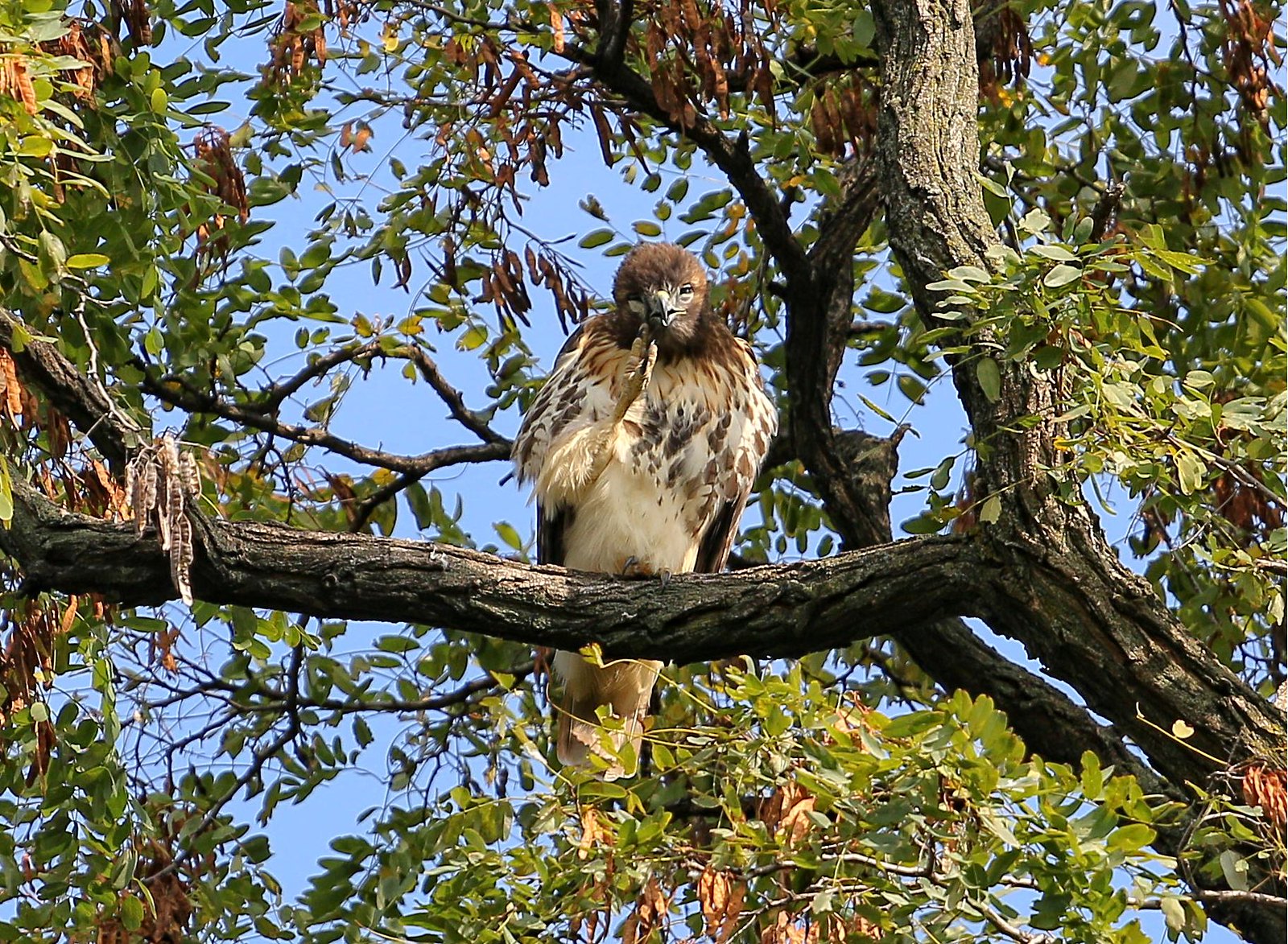 Christo digests a pigeon dinner while watching the sun go down.

After sunset, Christo attempted another dinner run, making his signature move by diving straight over my head.  He gets so close, I lose focus with the camera.  My theory is he uses me as a shield to sneak up on prey.  I think he knows I will stand still, so works that into his plan of attack.  I've seen him do this with other people as well.  It can be a little unnerving. 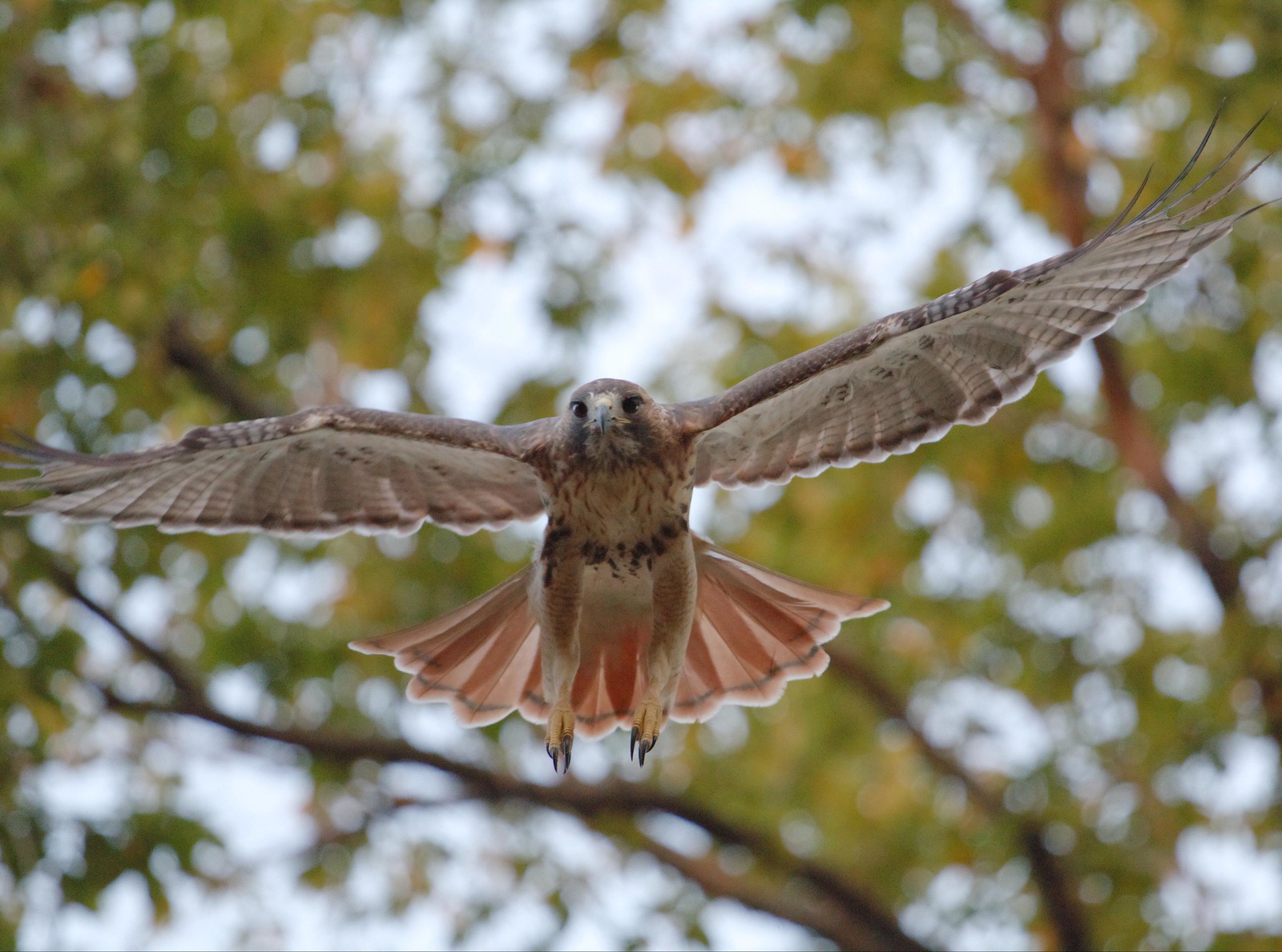 I will update on the nest situation as I know more.
Posted by Goggla at 9:58 PM