Saturday afternoon in Tompkins Square was crisp and beautiful, perfect weather for hawk-hunting.

And, for hunting hawks. 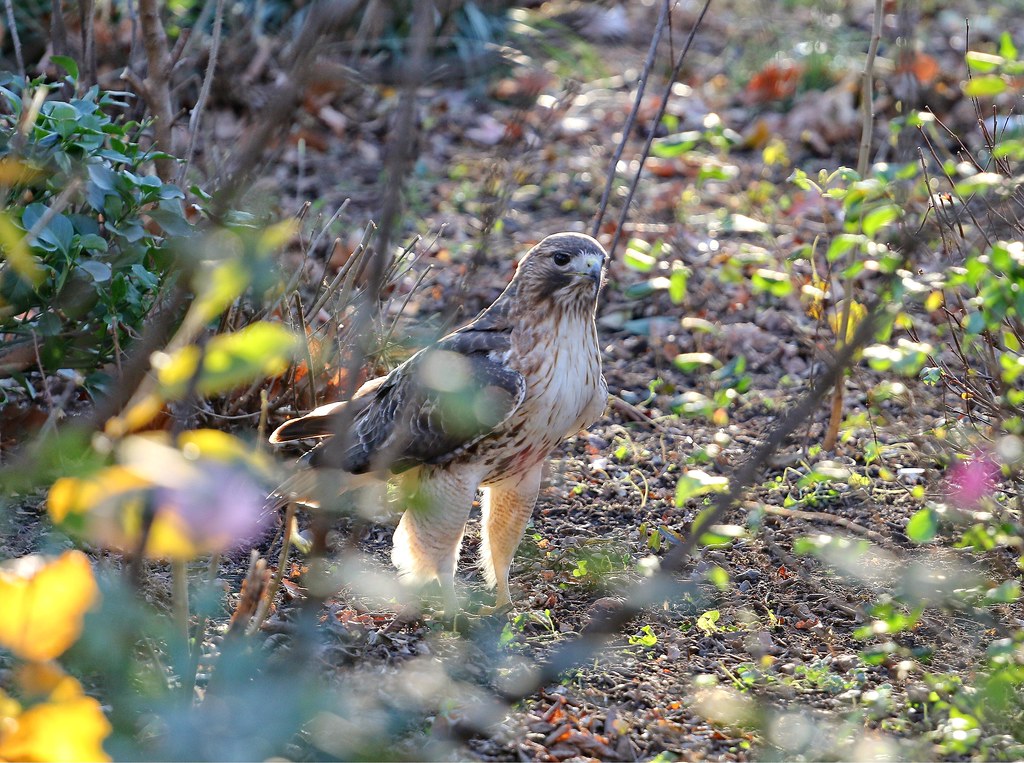 After two attempts, Christo nabbed a mouse on the east side of the park and appeared to stash it in a tree.  I say "appeared" because he didn't eat it, and he didn't have it in his talons when he left the tree.

He spent some time soaking in the late afternoon sun and watching the activity on the basketball courts. 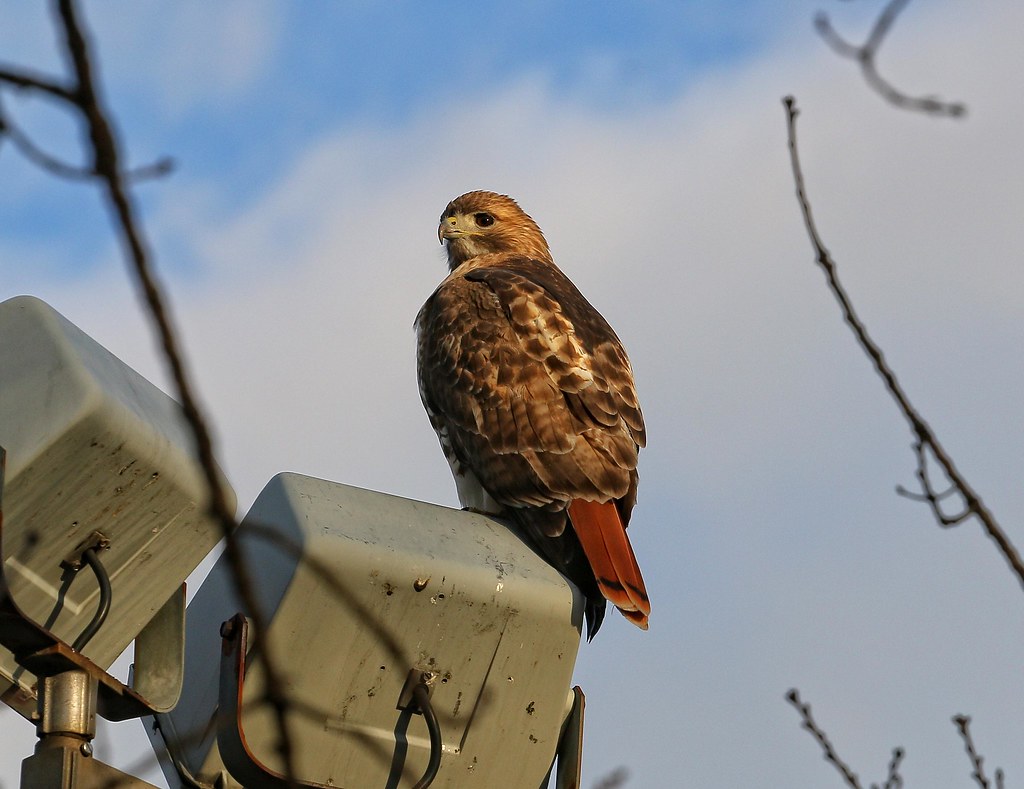 Meanwhile, Dora perched on a high branch near the Temperance fountain. 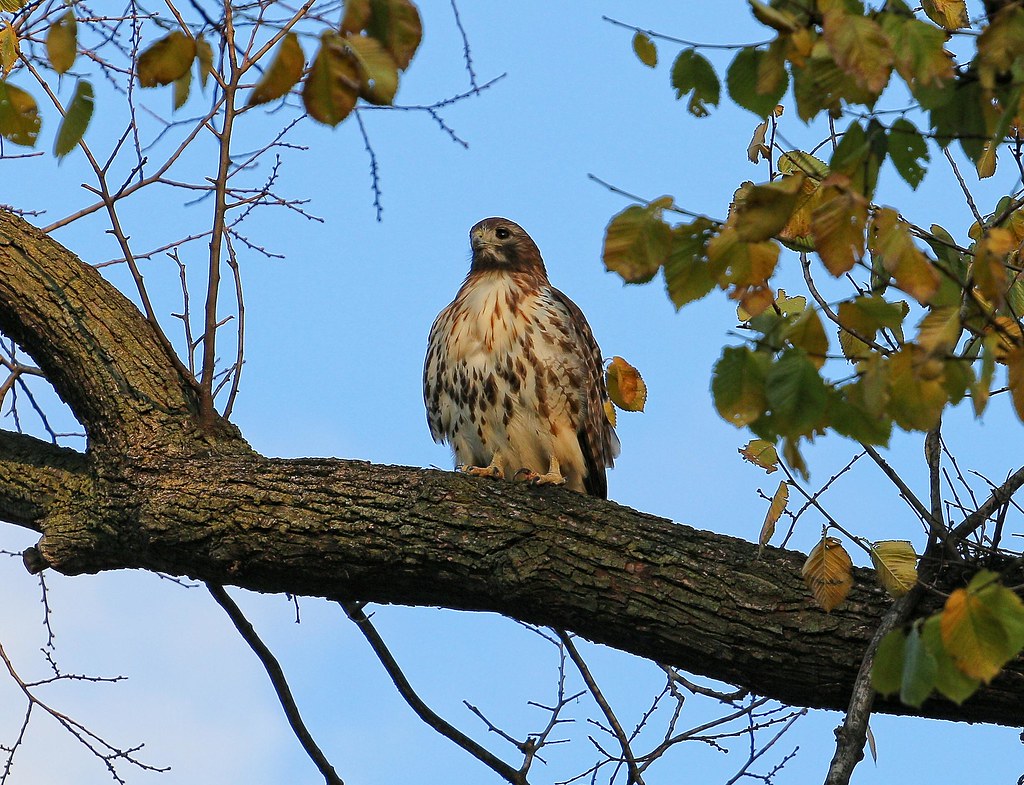 Christo briefly joined her in the tree before taking off towards the park offices. 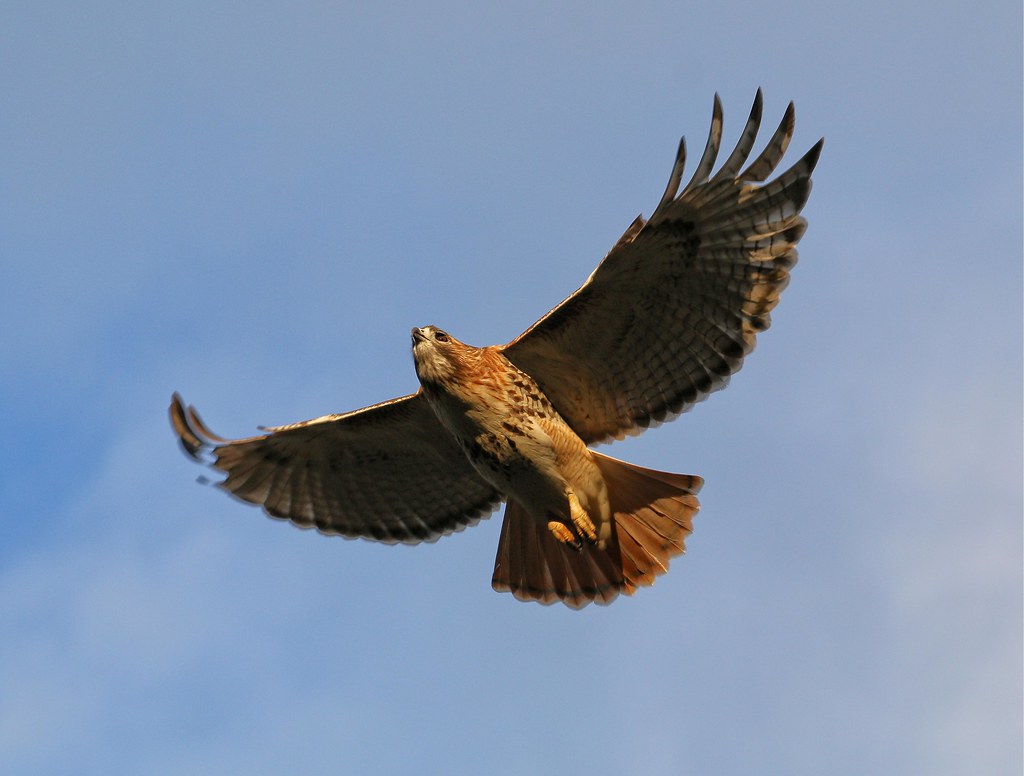 Dora looked on as Christo passed by. 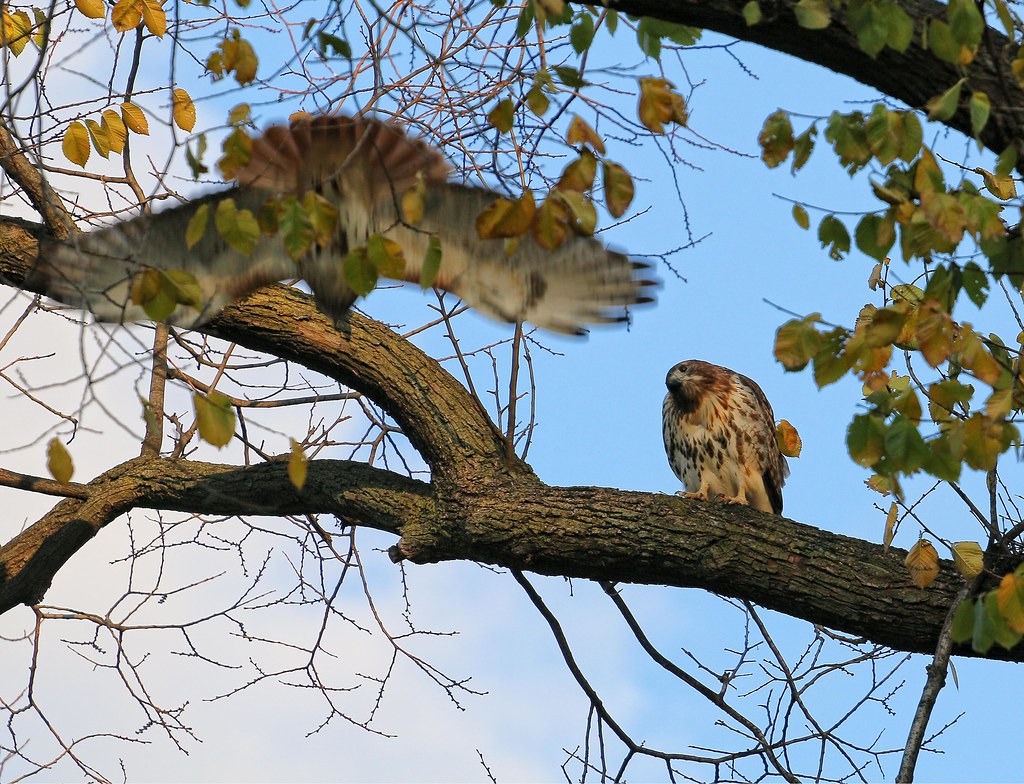 Behind the offices, Christo quickly caught a rat. 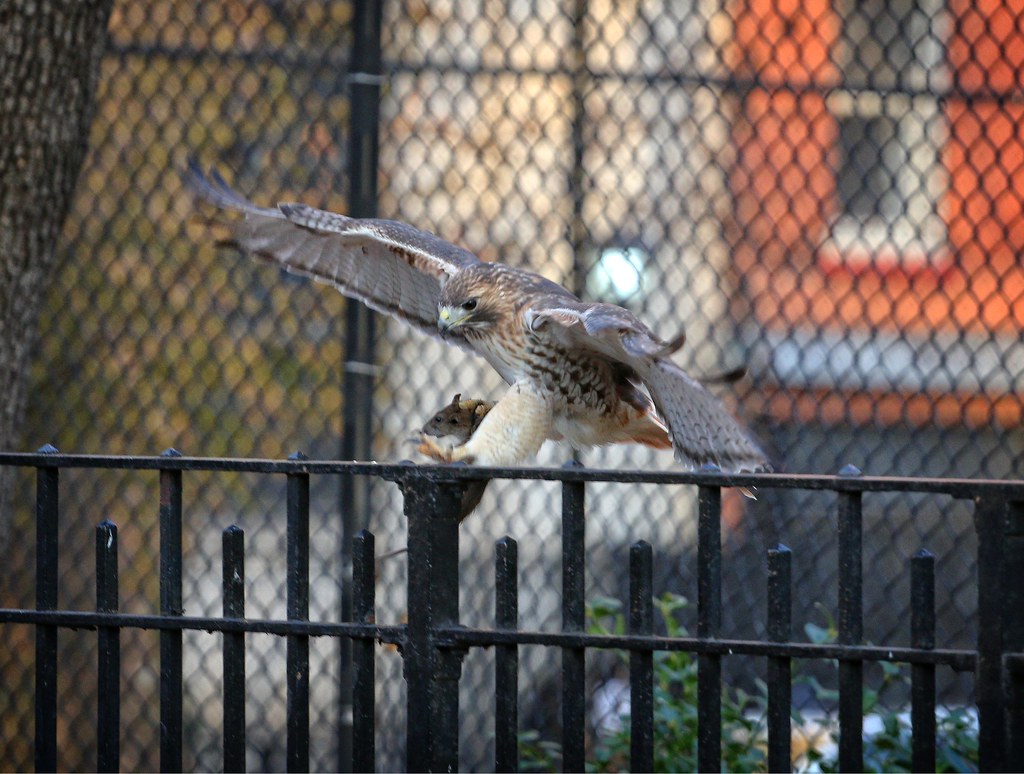 I was surprised to see such a large rat, as sightings are fairly rare in the park these days thanks to an effective rat control program using dry ice. 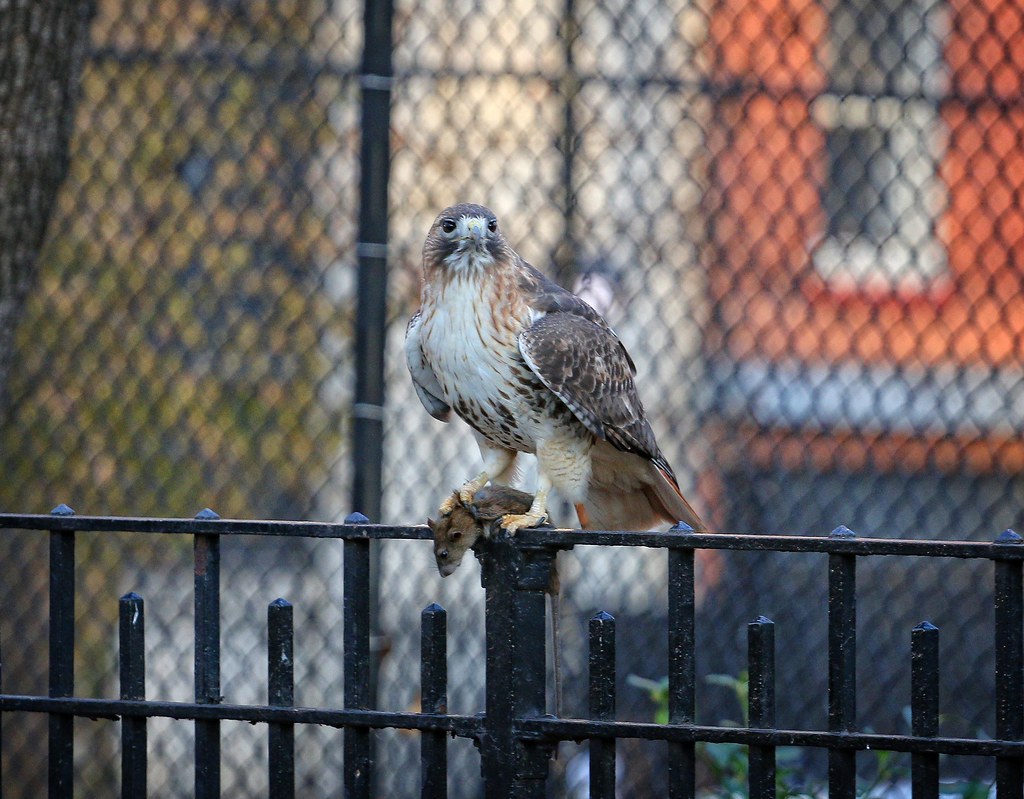 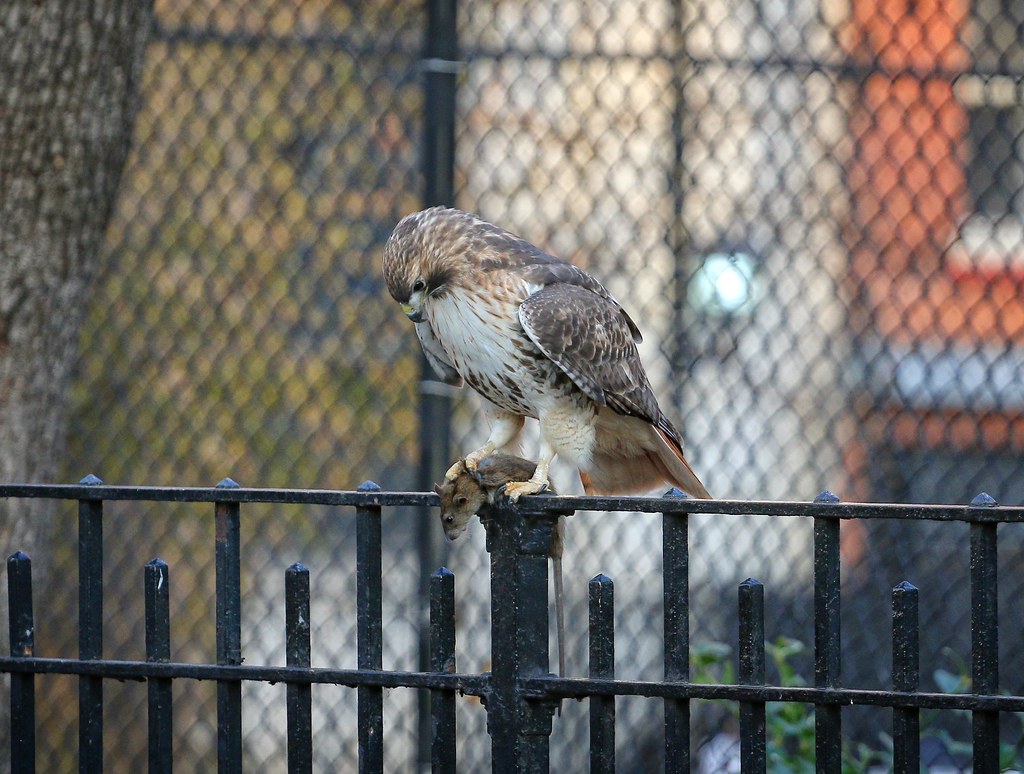 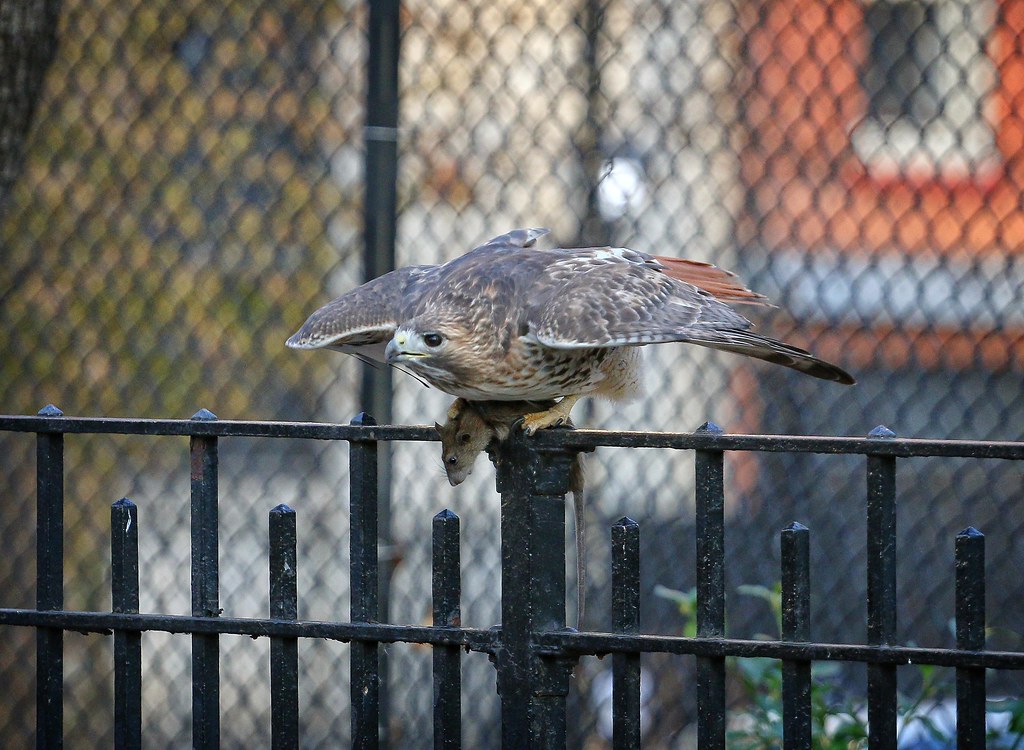 After adjusting his grip, Christo flew the rat up to a branch where he could eat it. 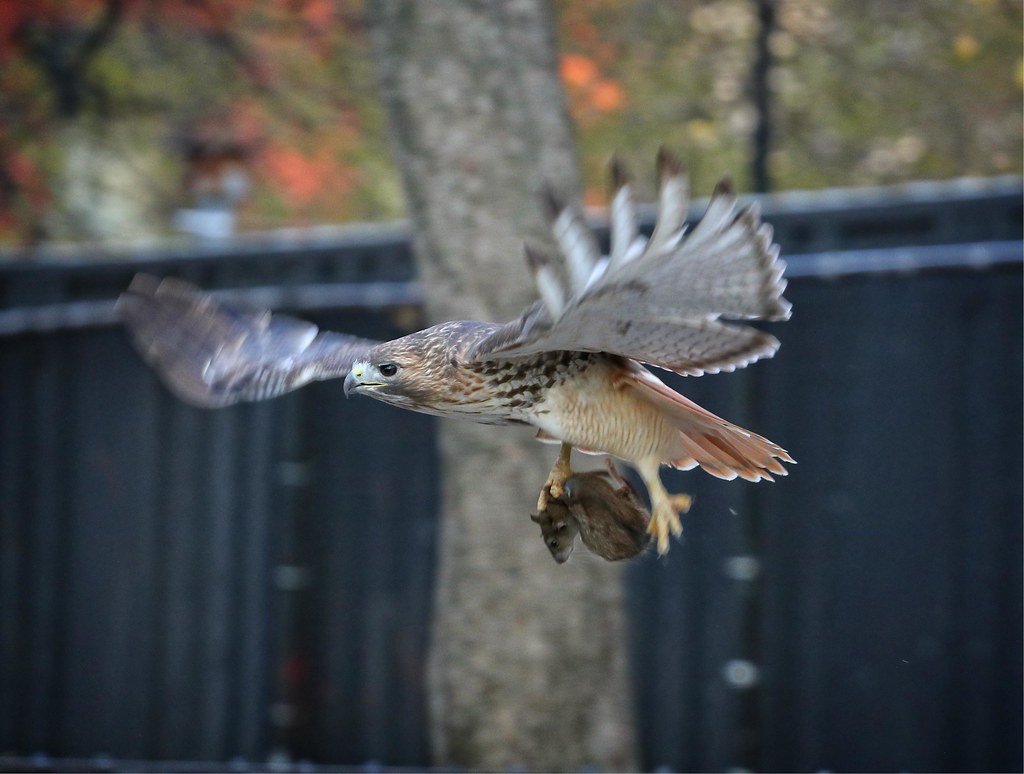 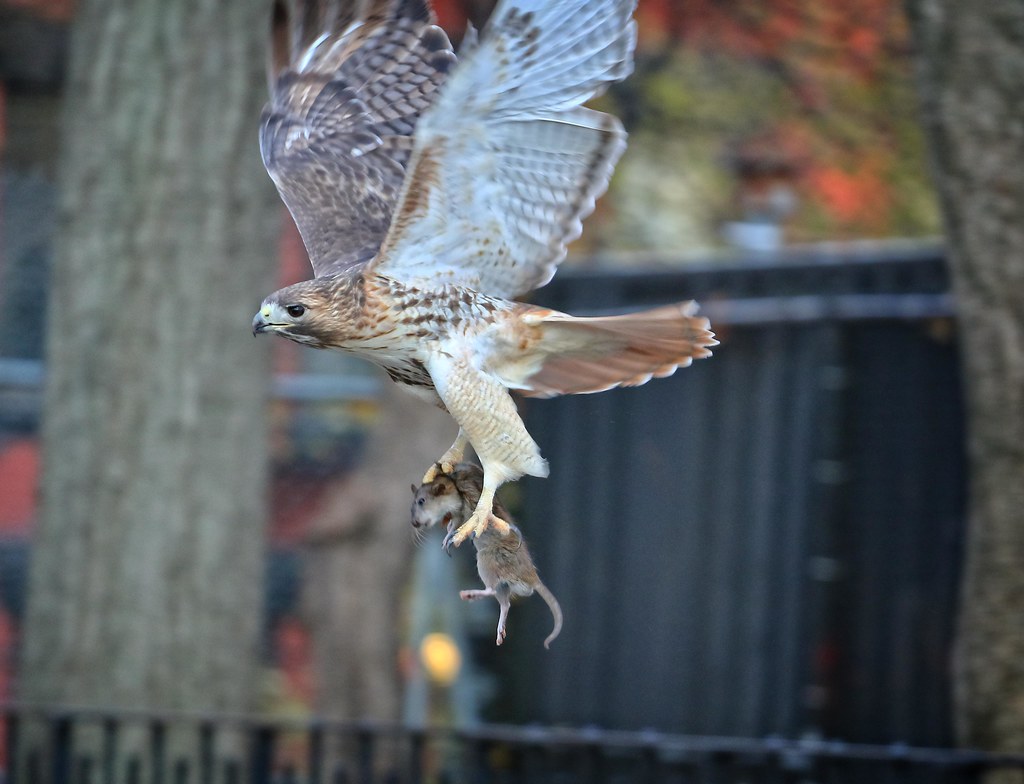 This branch has a formation on it that serves as a kitchen table. 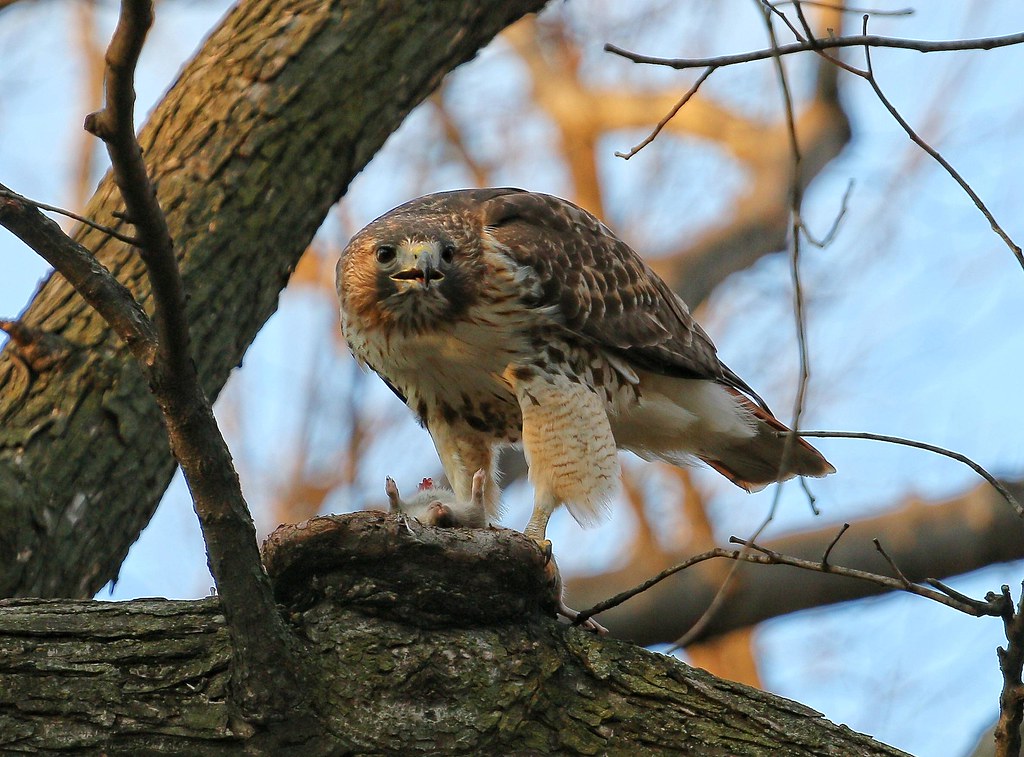 I don't usually post gory things, but I find it interesting that Christo often discards some rat parts that he doesn't like to eat for what ever reason.  In the photo below, that stringy bit got kicked off the branch... 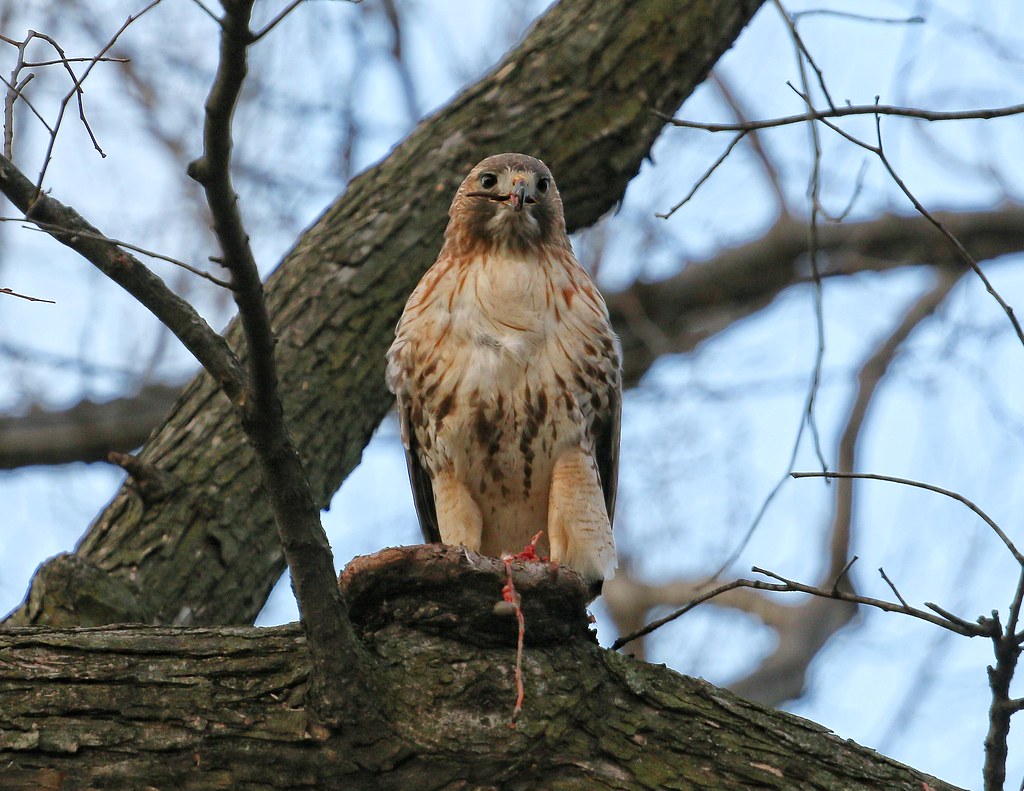 ...and I was able to get a closer look.  It looks like maybe the stomach, intestine, and some other part of the digestive tract.  Christo has been known to discard the stomach, so perhaps he doesn't like the taste of it, or maybe it's instinctual to not eat it.  If anyone out there knows these things, I'm curious. 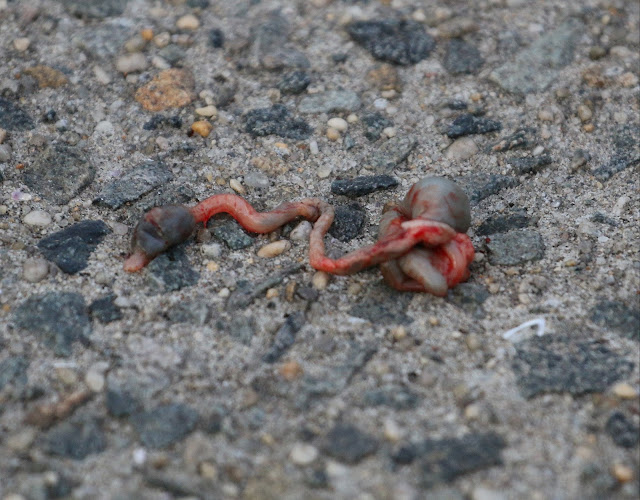 After eating most of the rat, Christo moved aside and cleaned his face, indicating to Dora that it was her turn to finish off the leftovers.  I've noticed lately that Christo does not deliver food to her, but has her come and get it herself.  Maybe taking food to her is only done during the breeding season - and here I thought he was just a nice guy!

As I recently posted, Dora does not like to come very close to people.  She always keeps her distance.  If a hawk is sitting on the flag pole, the light poles, or on the fences in the park, I can guarantee it's either Christo or a juvenile.  He has a high tolerance for people, but Dora is much more cautious.

On this day, she seemed not to like where Christo left the food.  The rat was on a branch that is about ten feet high and out of the reach of people, but she clearly acted uncomfortable at the prospect of having to go to that location.  I was with three other people and we moved back about 30-40 feet.  Even so, she warily eyed us for several minutes before she made a move. 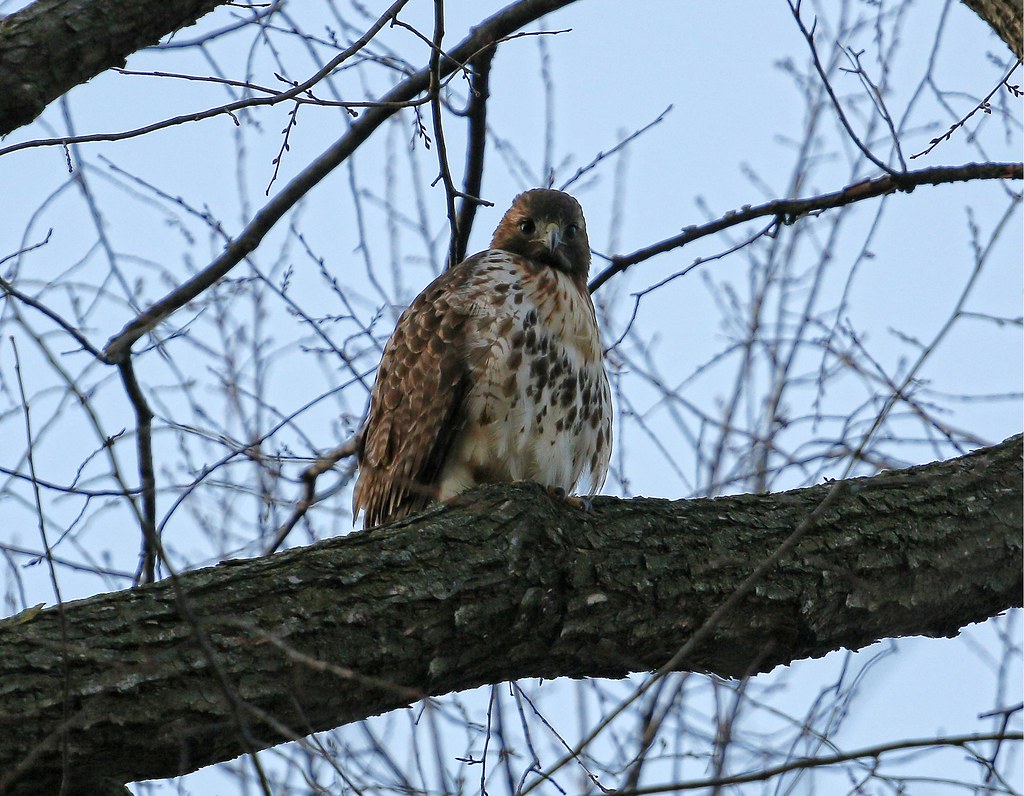 Eventually, she flew to an adjacent branch to get a better look at the food and to keep an eye on the humans.  We all stayed still and she slowly crept down the branch. 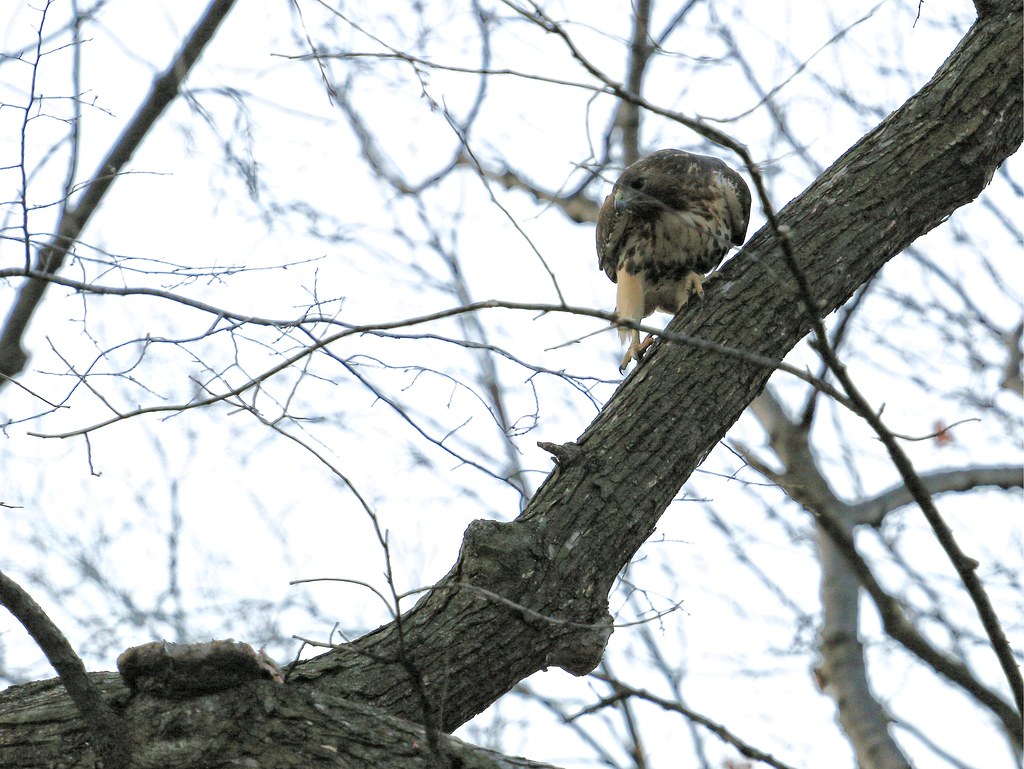 When she reached the food, she made a quick grab and took her meal to a tall tree in another part of the park. 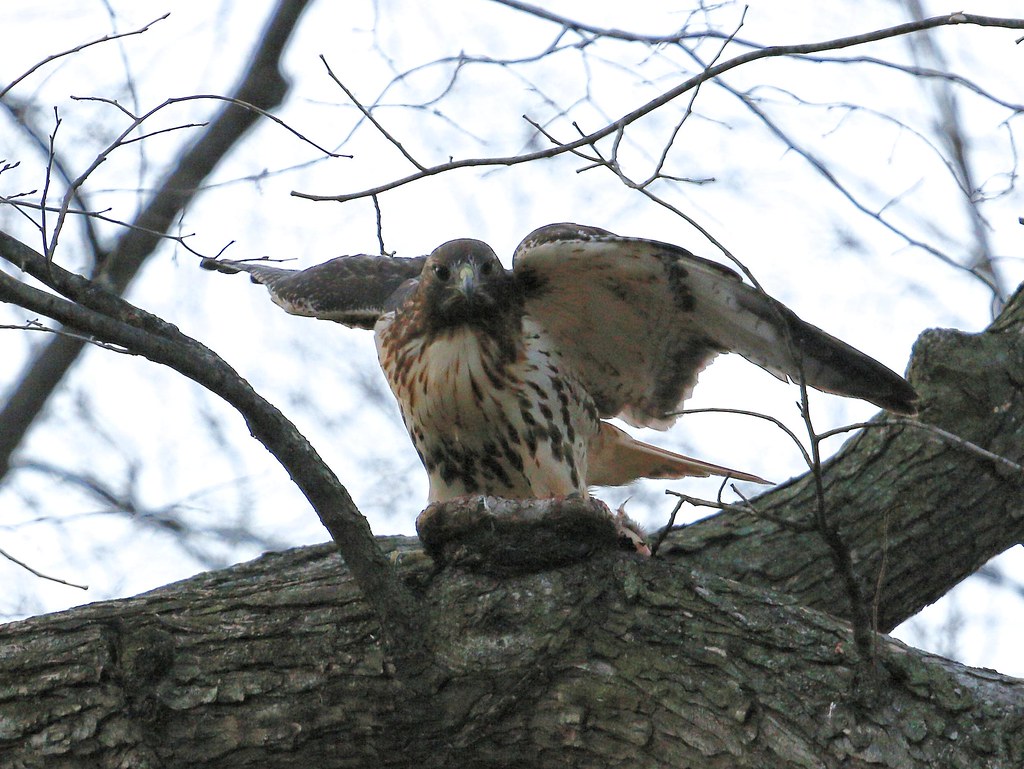 Although the hawks are urban birds, they are still wild and not tame.  Most people understand the need to keep a respectable distance and let them do their thing.  Christo often flies and lands very close to people which makes him seem friendly, but he is not.  And when he is hunting, it's important to keep in mind that people walking right up to him are likely interfering with his ability to catch prey.