I spent some quality time with Christo this last weekend as he hunted in Tompkins Square and defended his territory against several intruders.

On Friday afternoon, I found him perched next to the new nest near the ping pong table.  The hawks have not done any work on it recently, but it seems to be holding together pretty well. 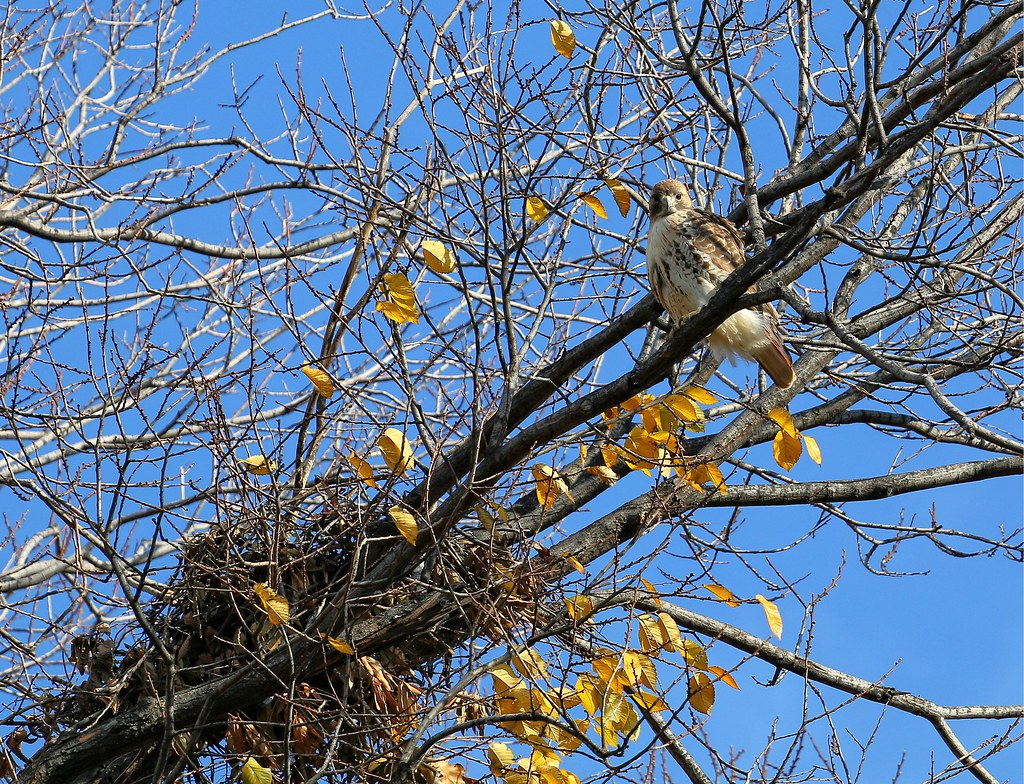 Christo then perched atop the Christodora building on Avenue B. 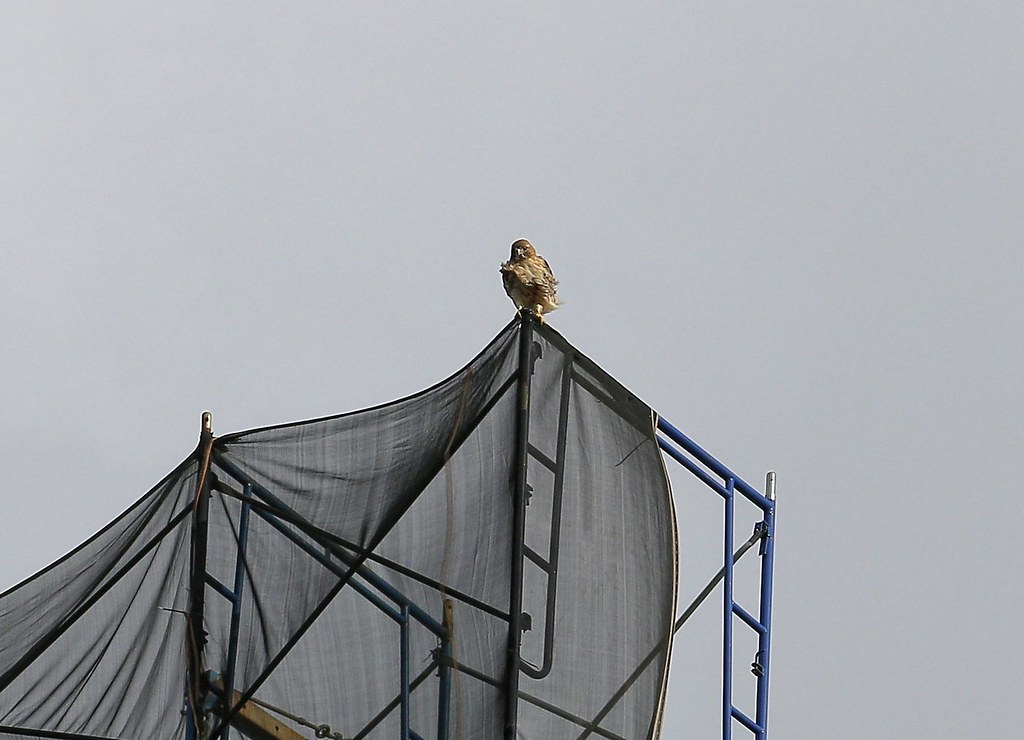 After a few minutes, he dove off.  The hawks usually take off from this high perch by jumping up and flying out horizontally.  This time, he leaned forward and came straight down the side of the building. 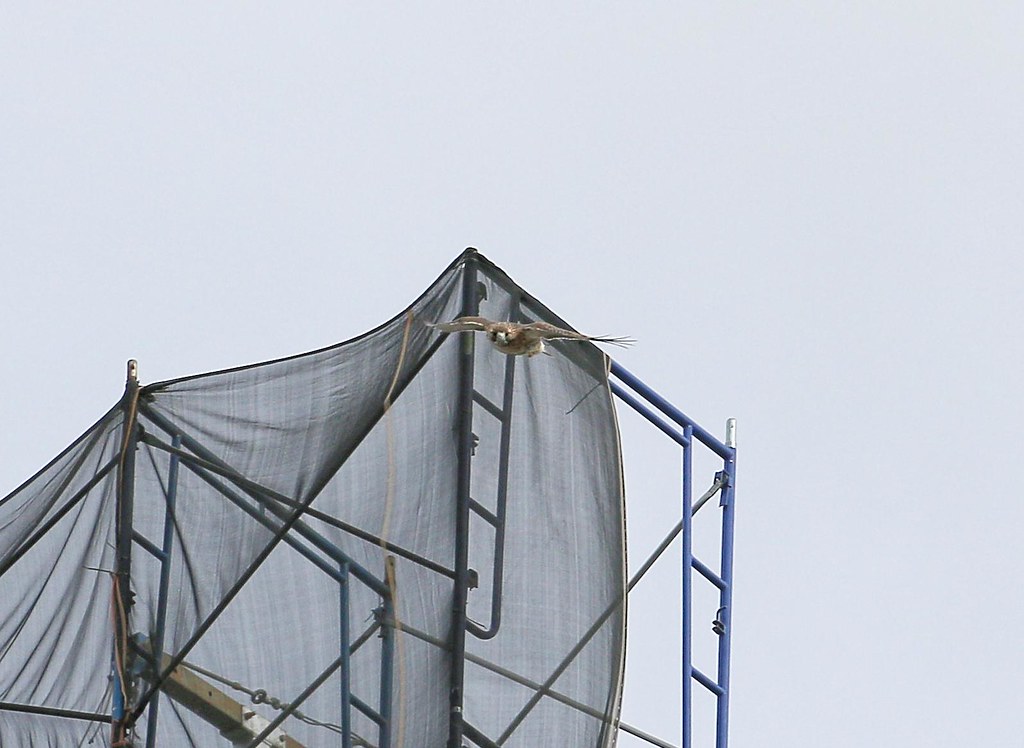 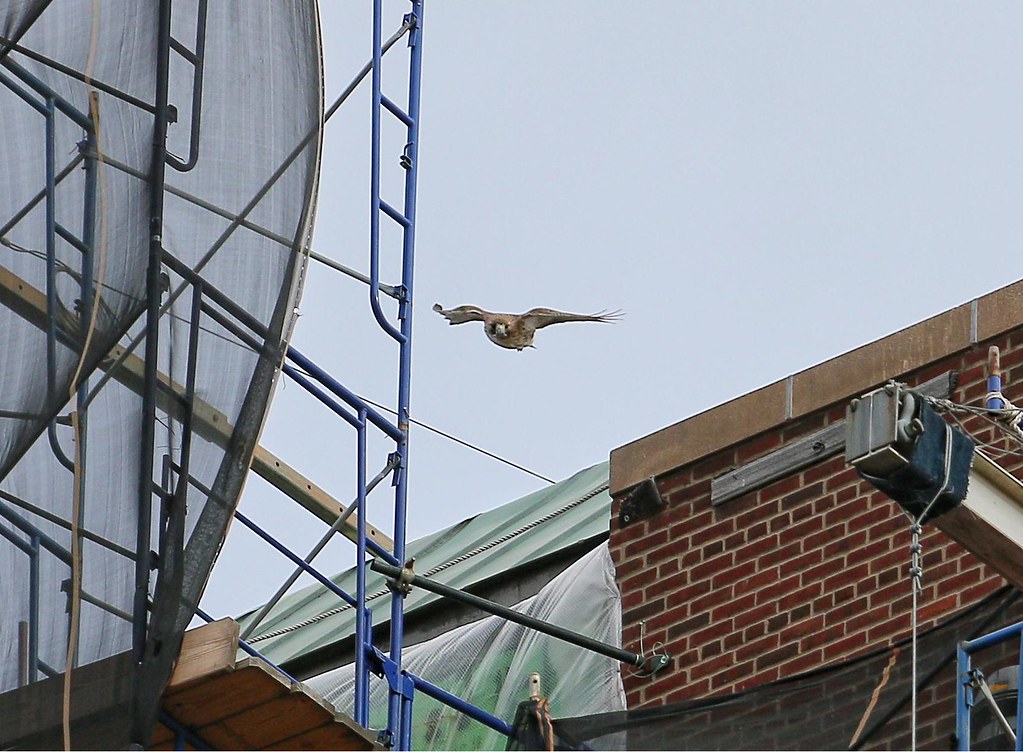 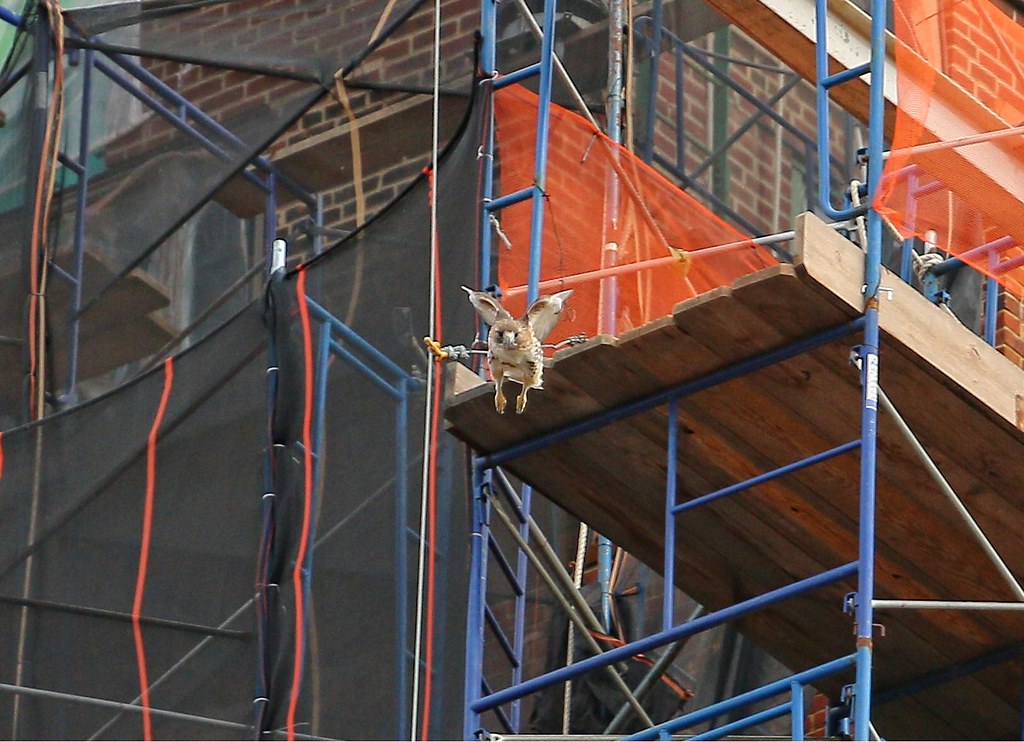 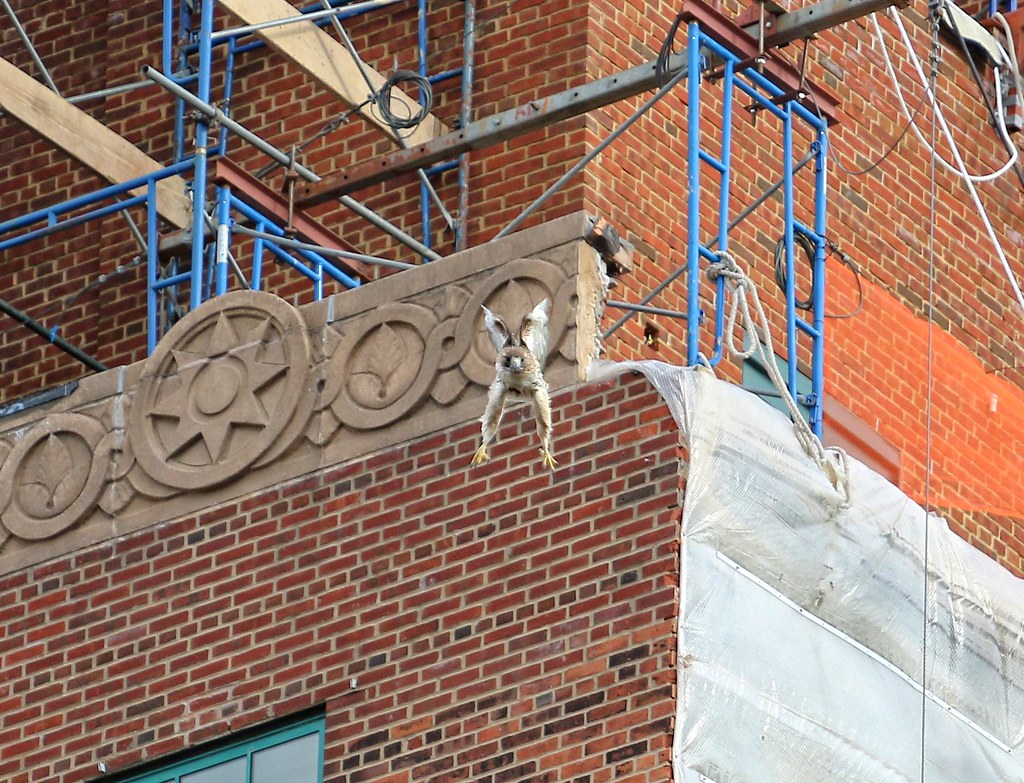 At this point, a tree got in the way and I wasn't able to capture Christo's impressive swoop to the ground and then an upward loop right past my face.  Lucky for me, there was another bystander there to witness the spectacular feat.

Christo made two more of these dives off the Christodora before heading across the park to check out the view from St Nicholas of Myra church on Avenue A. 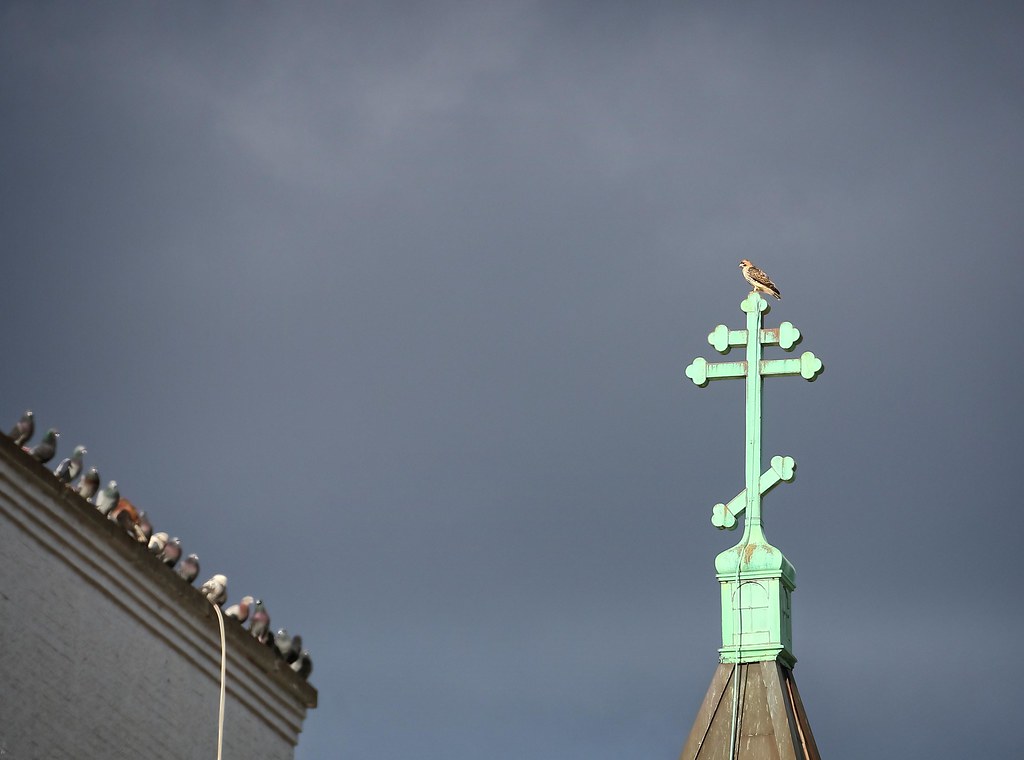 The pigeons didn't seem to mind his presence. 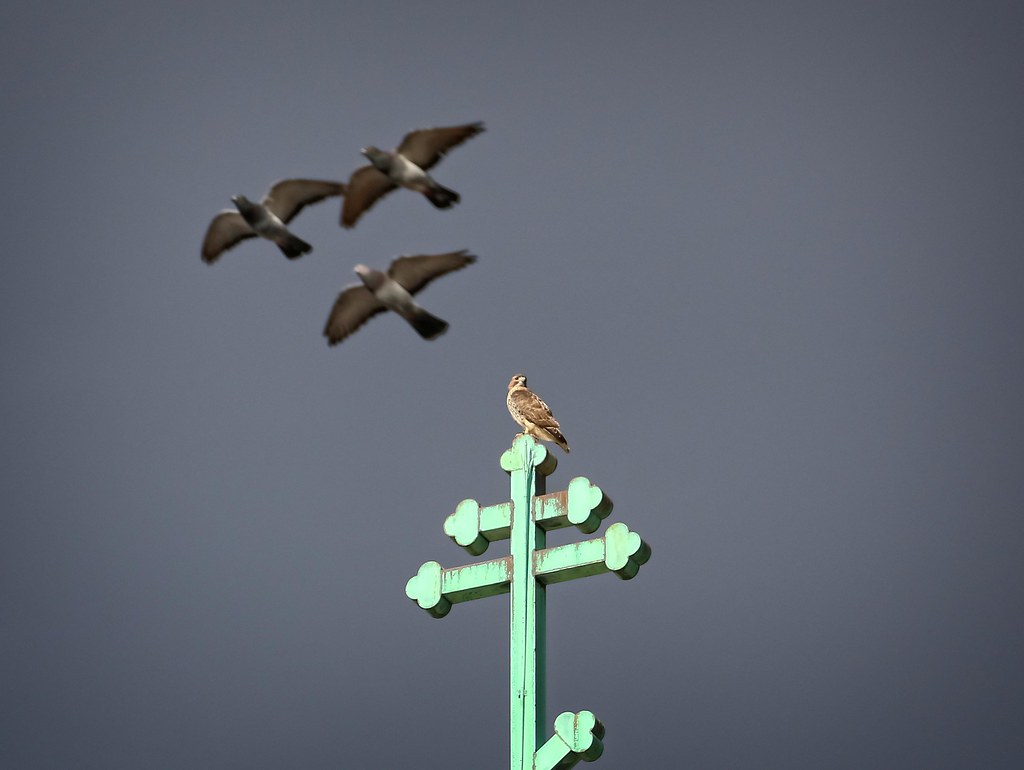 As it got dark, Christo went behind the park offices to look for dinner. 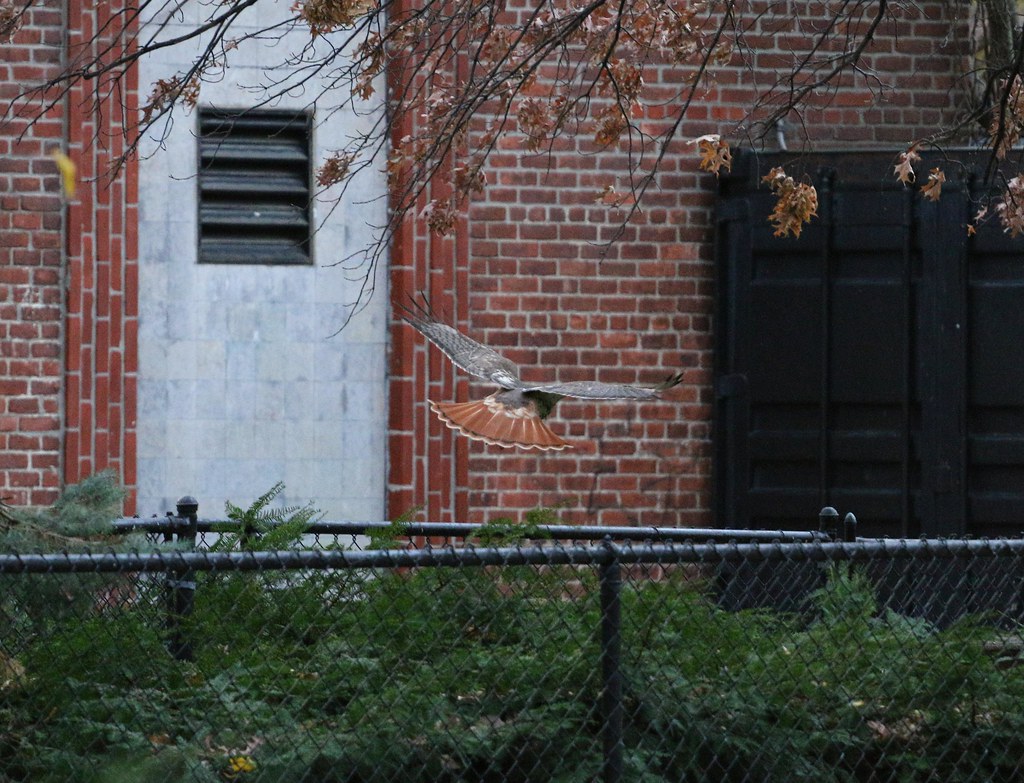 He came up with small rat, whose feet you can see below on the branch.  Christo ate it in less than ten minutes. 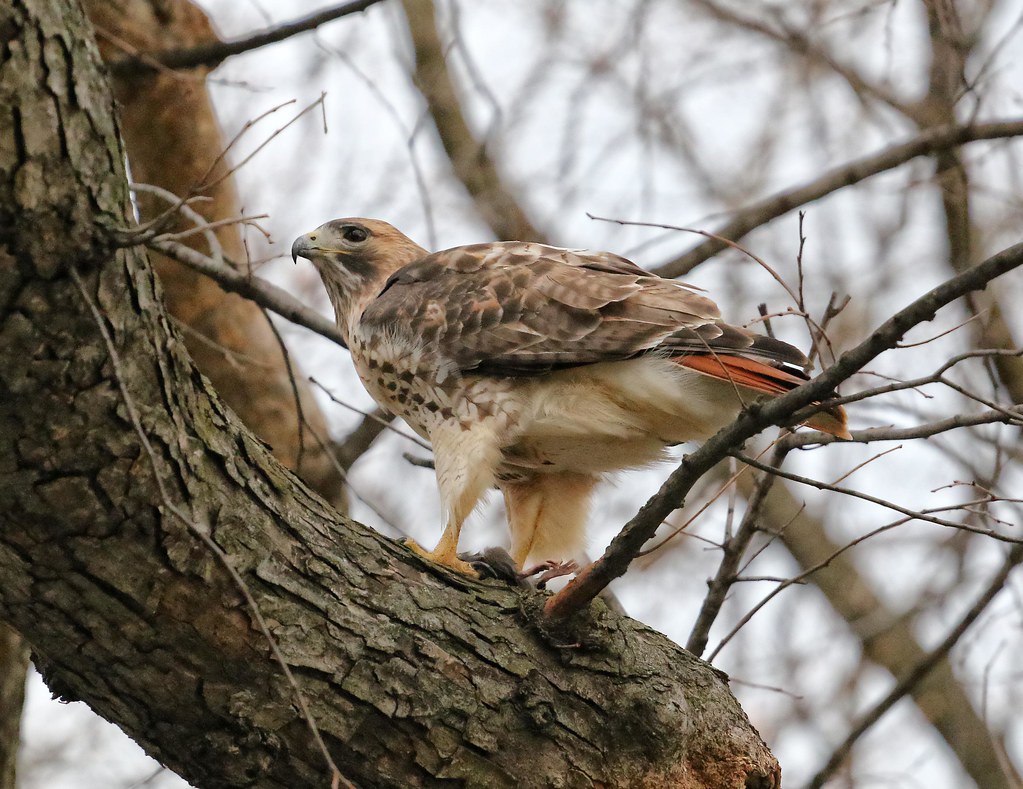 Saturday was beautifully sunny and I found Christo casually hunting near the Temperance fountain. 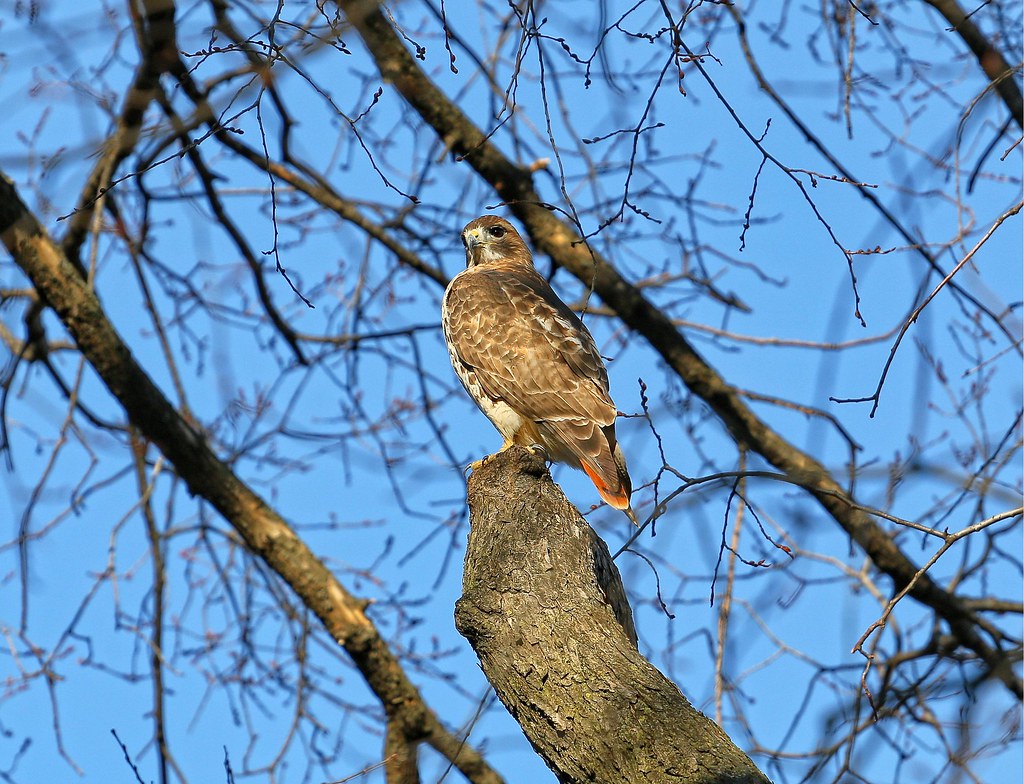 Suddenly, his attention went to the sky and he sounded the intruder alarm. 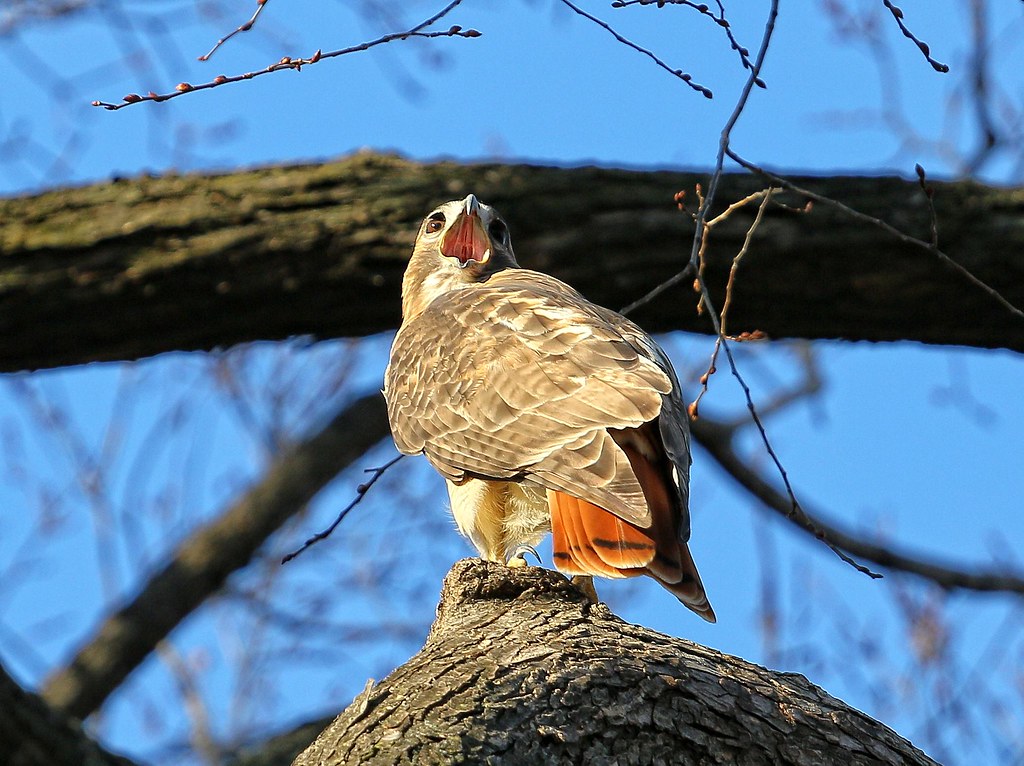 The following all happened in the blink of an eye.  Dora flew into the park from the south and both she and Christo circled above the central lawn screaming.  They were chasing a large juvenile red-tail (below). 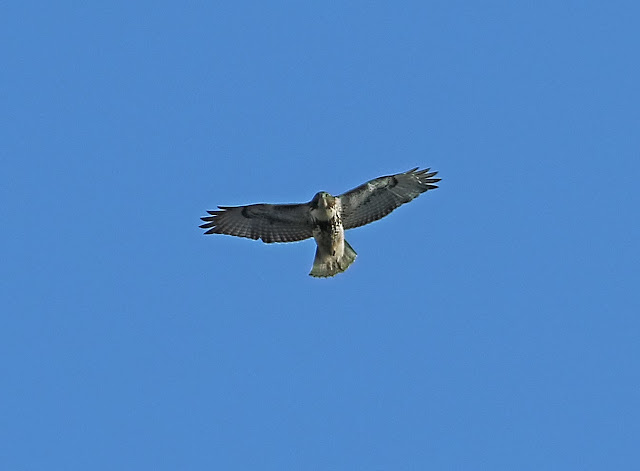 Dora aggressively went after the juvenile and slammed it with her talons.  As the three red-tails tussled over the lawn, a Cooper's hawk shot through the park from west to east, and then this Peregrine.  Raptor chaos! 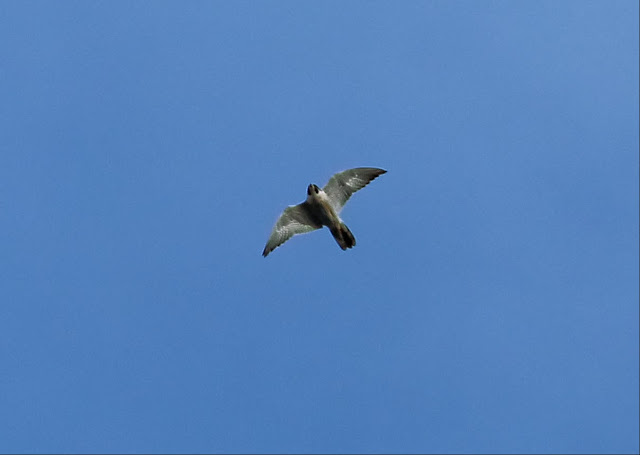 The action all happened so fast, my head spun.  Fortunately, there were several hawk-watchers present to witness the sequence of events.

Drama over, we're back to where we began, with Christo perched next to the new nest. 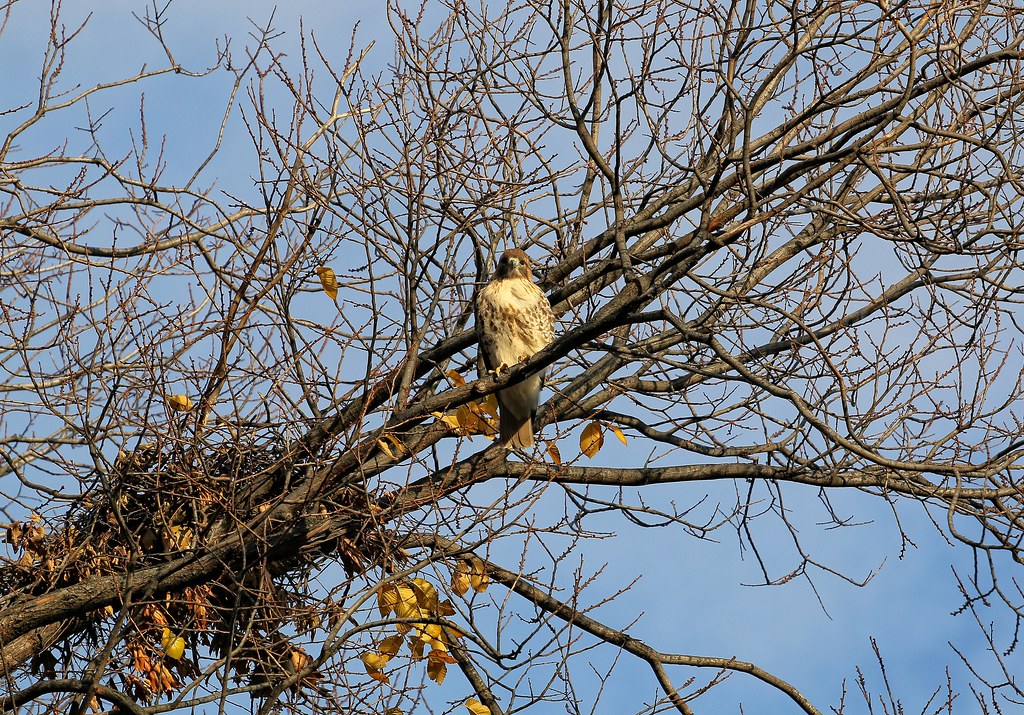 I've noticed that Christo spends a lot of time guarding the park while Dora patrols the outer boundaries.  They both join in to escort intruders out of the area, but Christo usually returns to the park while Dora is more often the one I see engaging in battle.  This isn't a hard and fast rule (stay tuned for Part 2), but the hawks seem to have particular job responsibilities when it comes to maintaining their turf.
Posted by Laura Goggin Photography at 8:48 PM