Despite another overcast and dreary sky this last Sunday, Christo and Dora were active in the neighborhood.  Much of the activity took place high in the sky, or some distance away, so I was lucky to catch them both in Tompkins Square late in the day.

Just as I was about to give up on seeing any hawks in the park, Dora appeared in the SW corner of the park where she picked up a stashed pigeon in a tree.  I'm assuming Christo left it there for her. 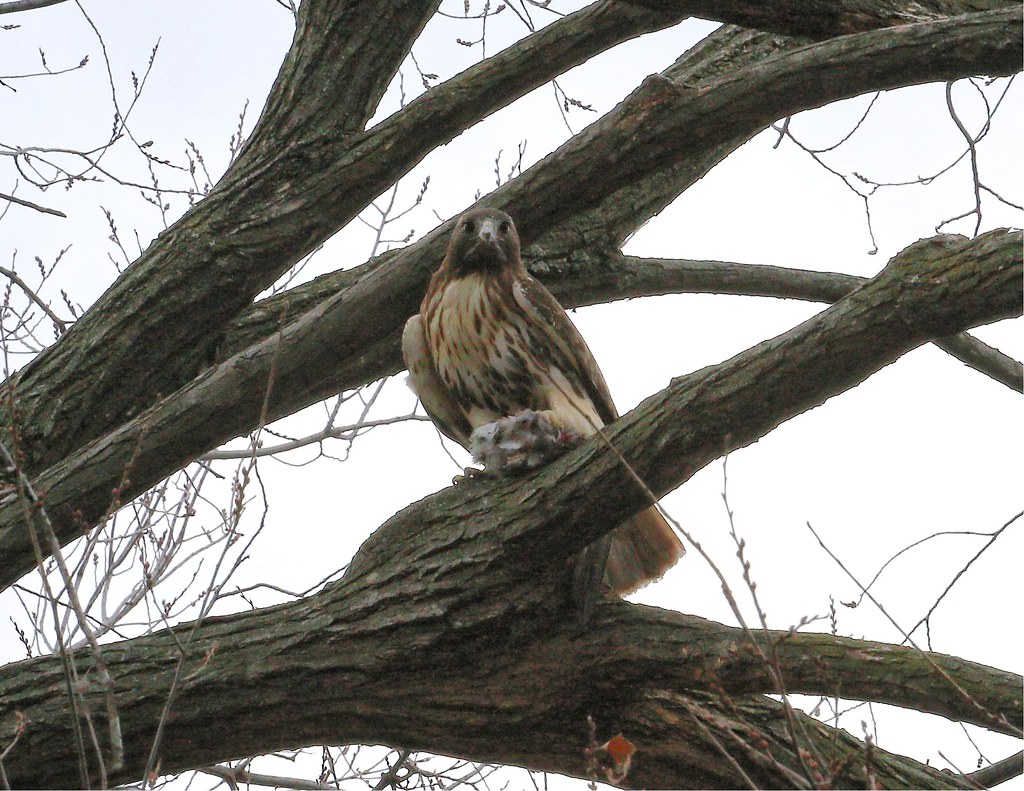 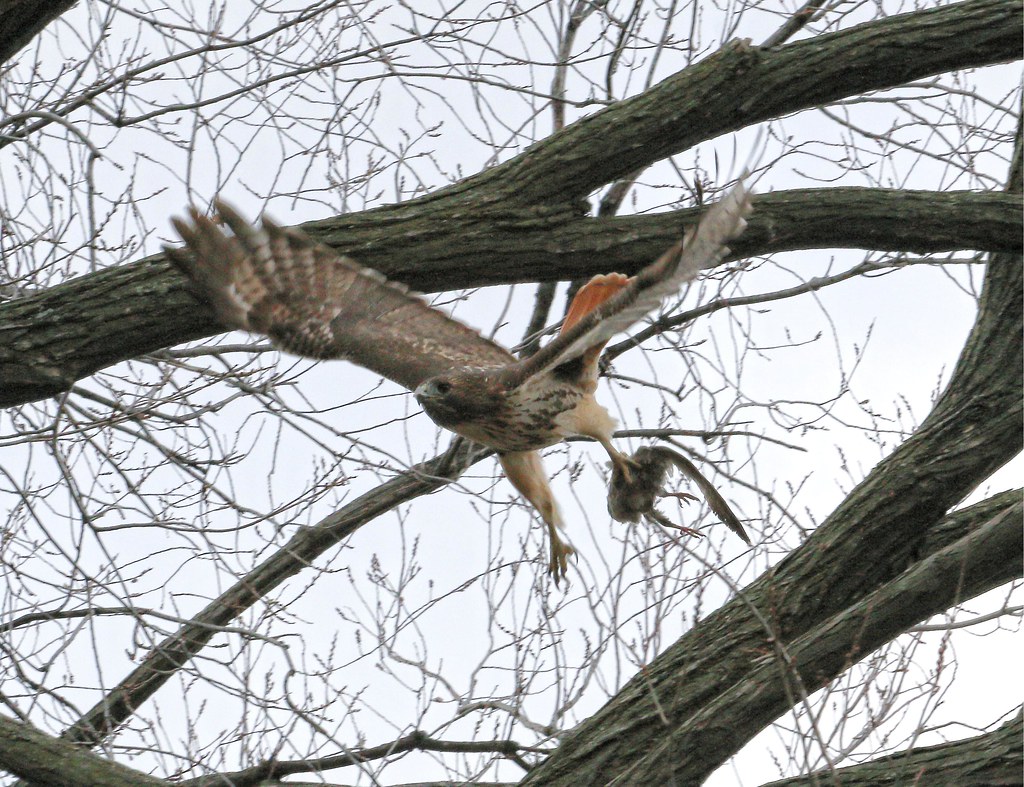 She flew the pigeon all the way across the park, to the tall locust near the Avenue B and 9th Street entrance. 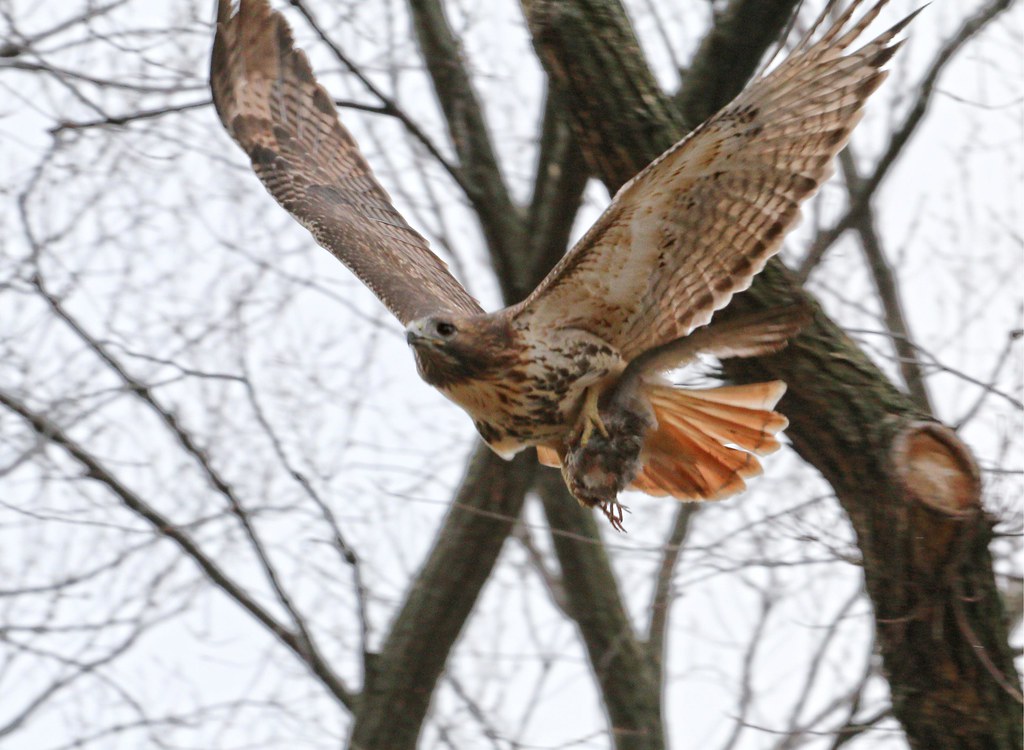 As Dora ate, Christo kept watch from atop the Christodora building. 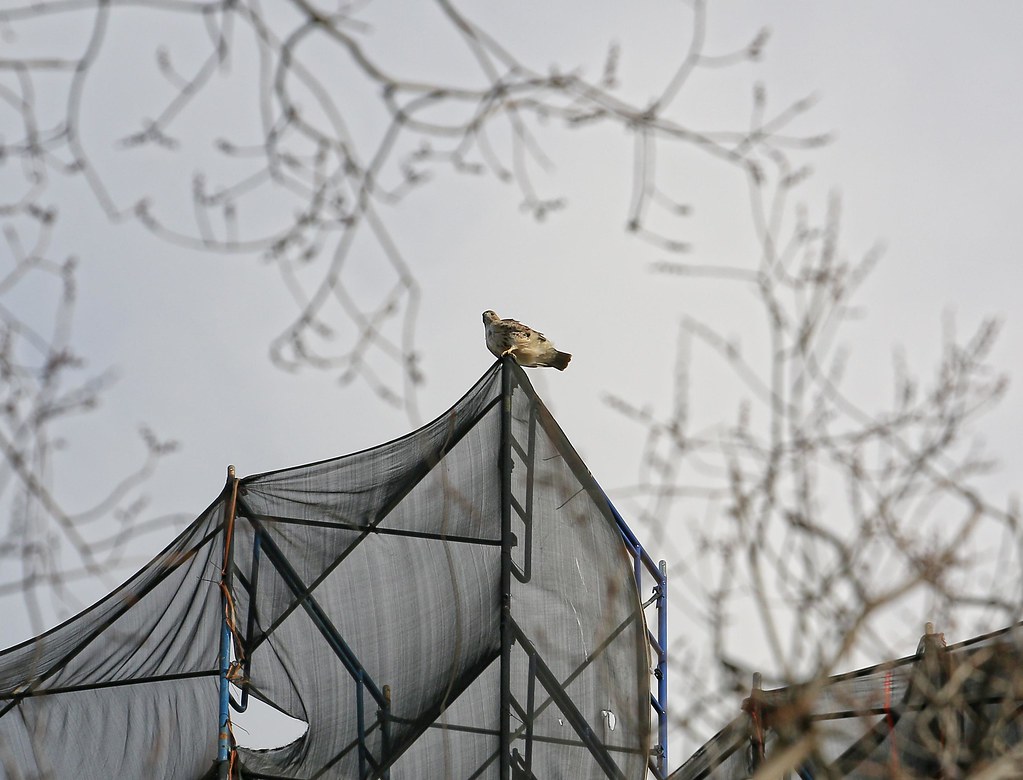 As soon as Dora was done eating, she gave the signal and Christo smoothly glided down... 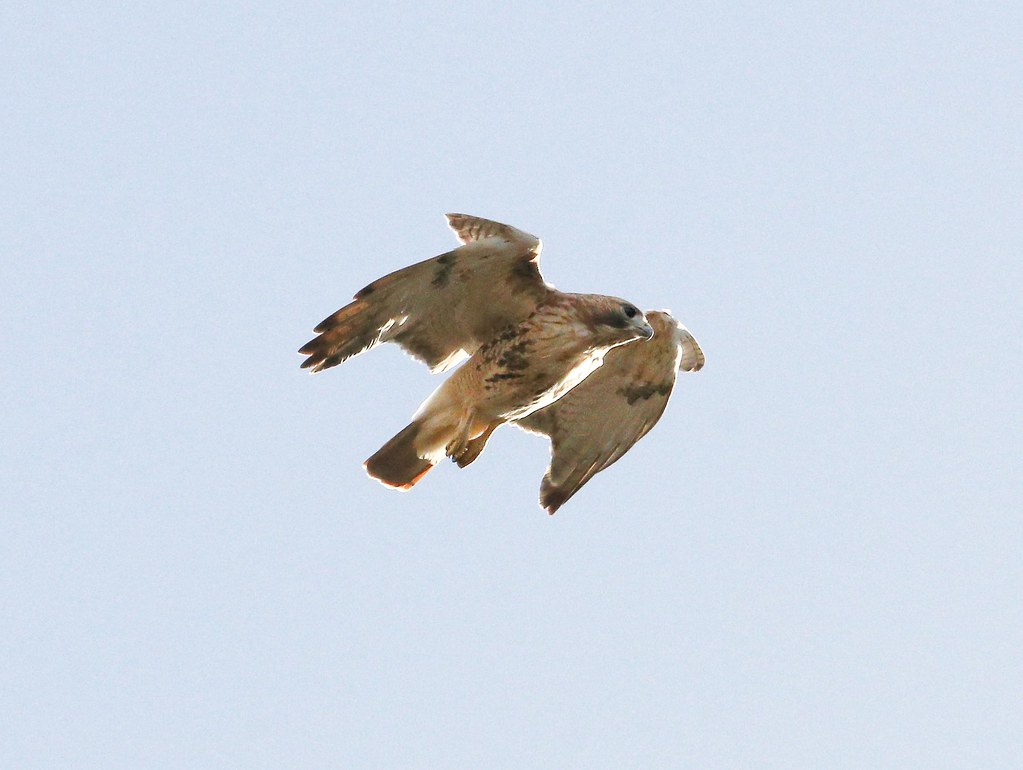 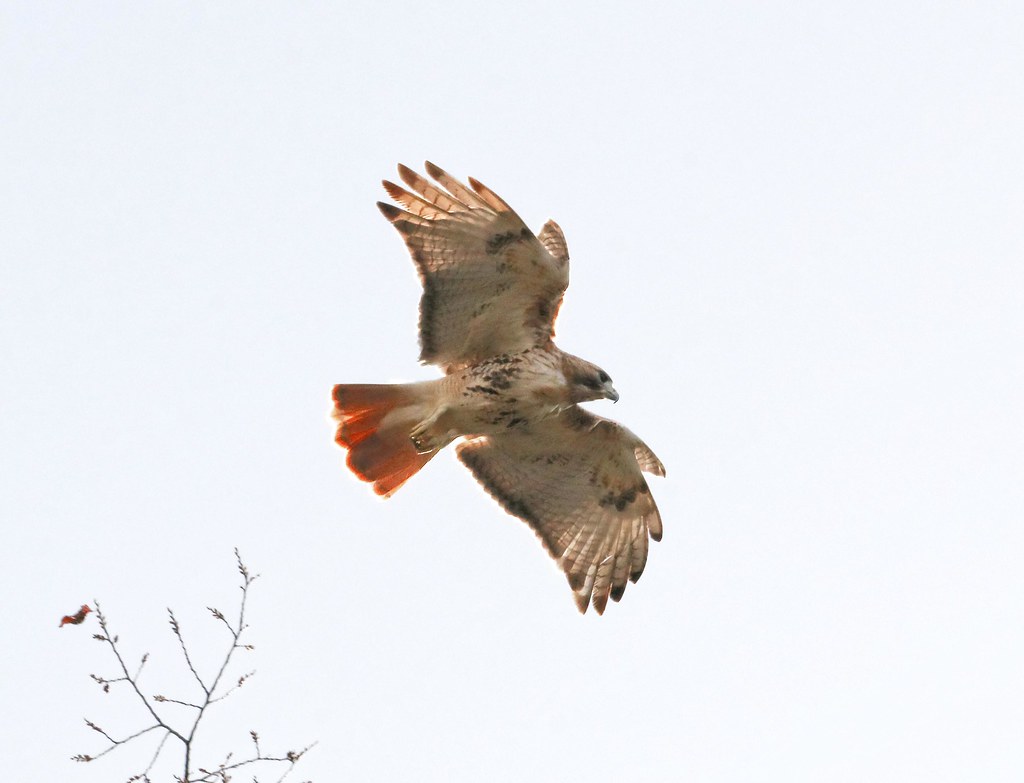 ...and landed next to her on the branch.  His landing was not as elegant as his glide. 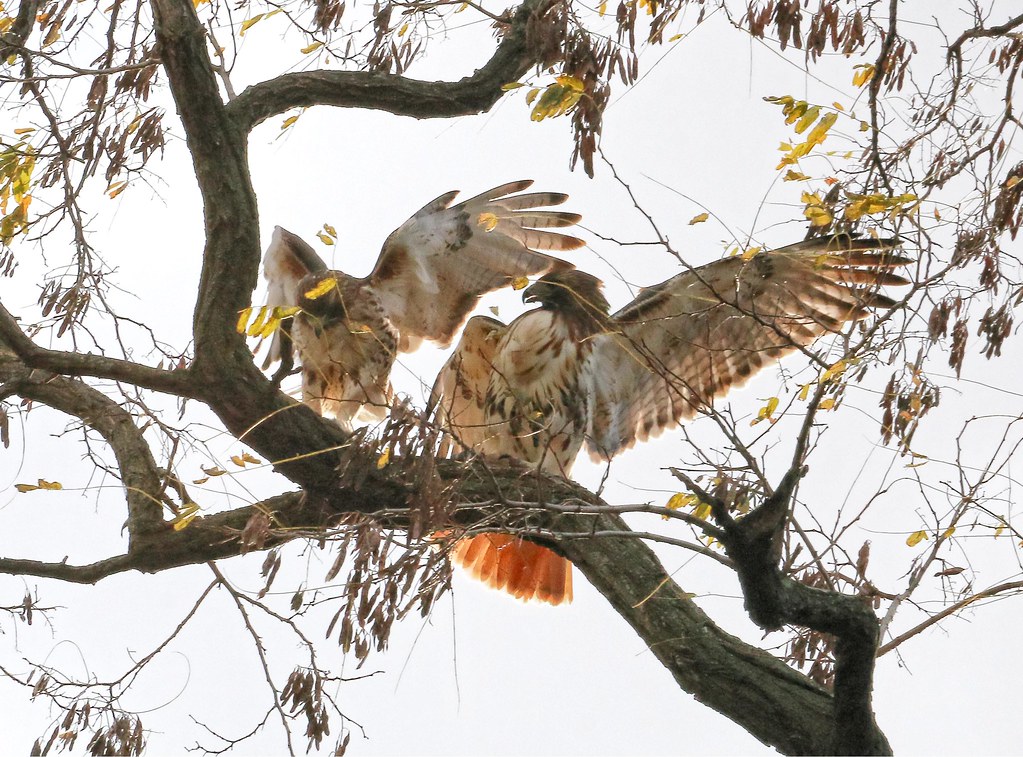 As Christo finished off the leftovers, Dora took off and headed back west across the park.  I lost track of her, so don't know where she settled to digest her meal. 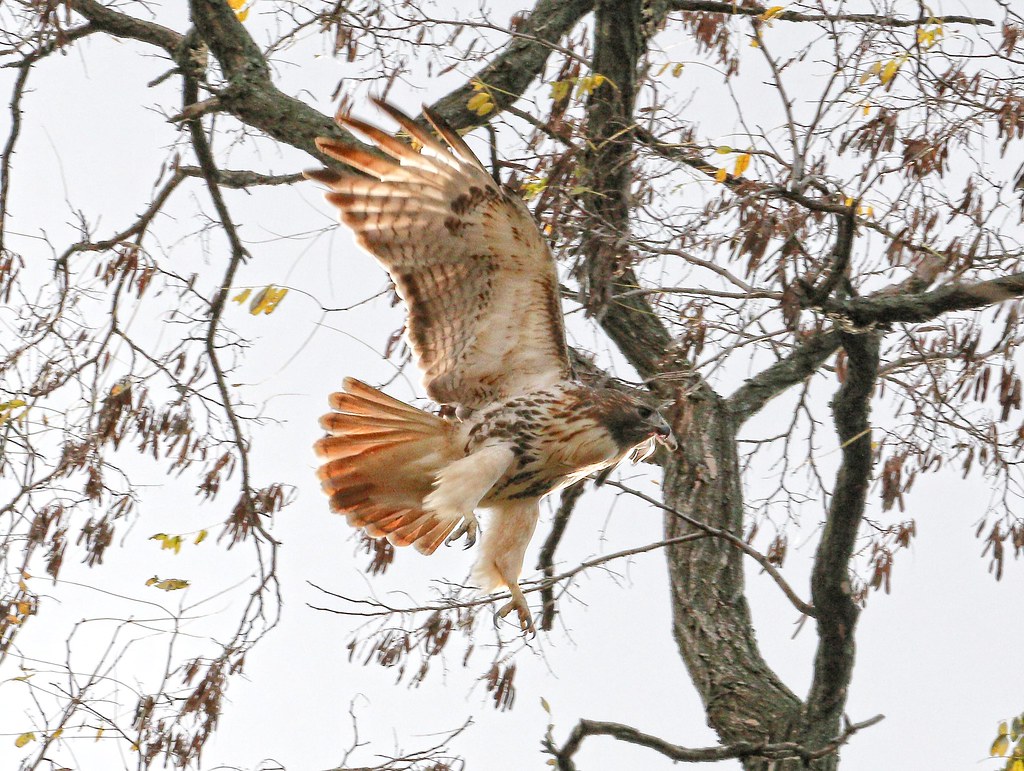 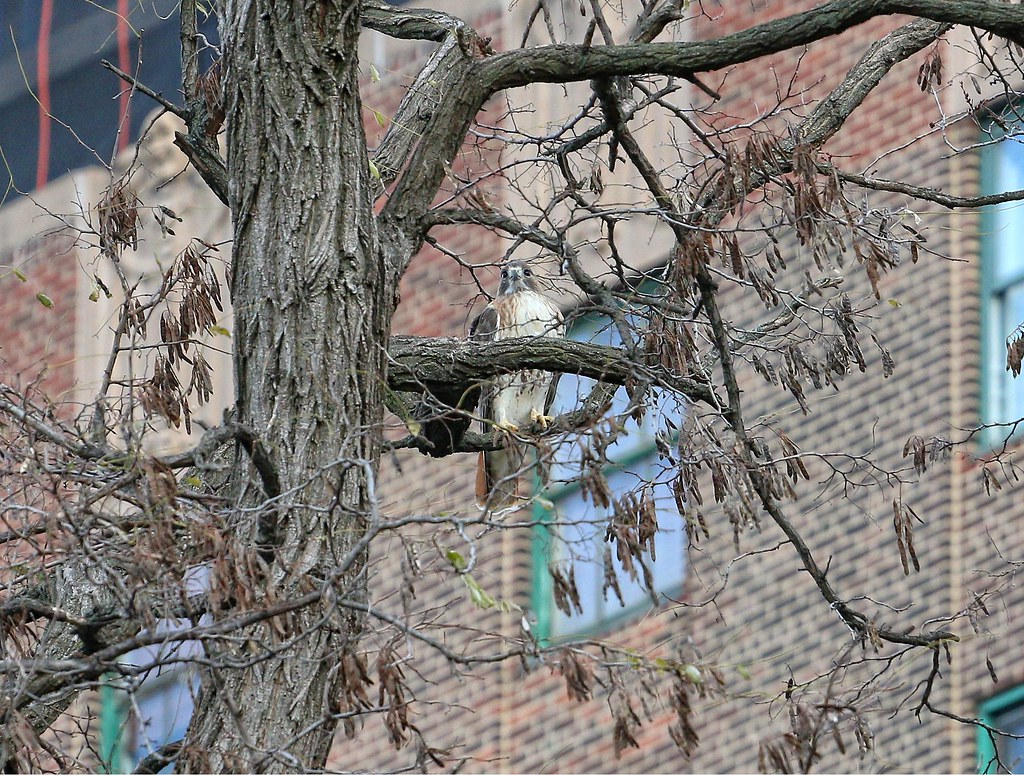 The clouds broke up just as the sun was about to set.  Christo returned to the top of the Christodora where he could have one more look around his territory before heading off to roost for the night. 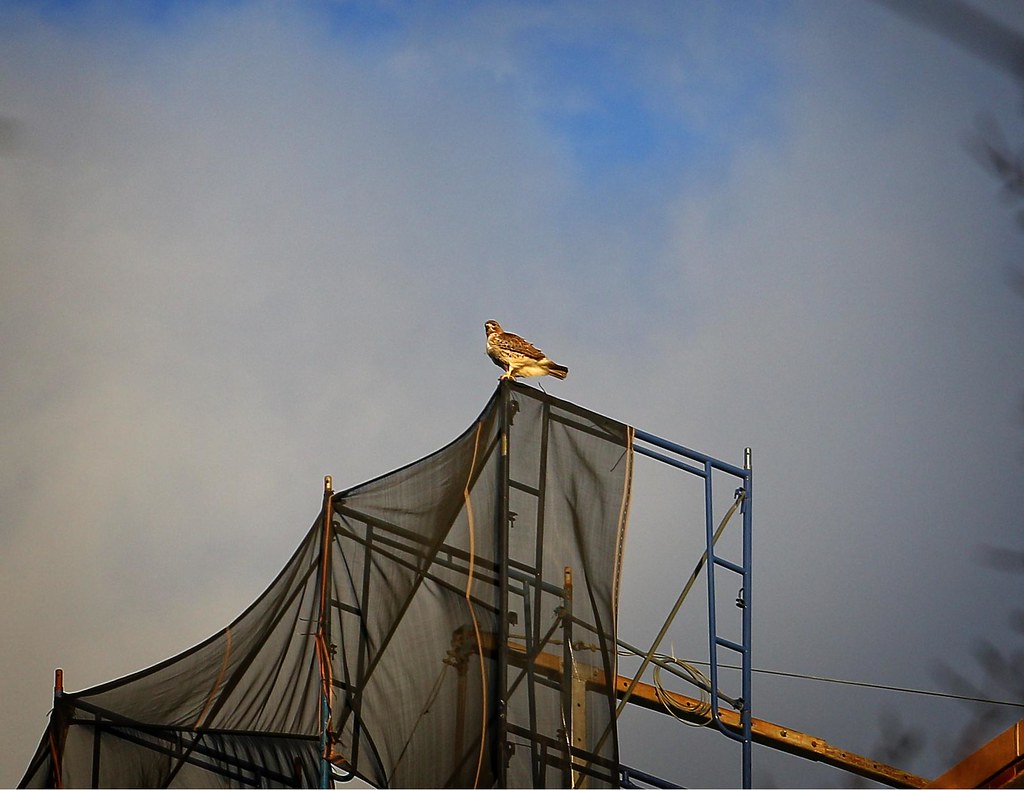