It's never a dull day in Hawk Land, especially when juvenile red-tails keep invading Christo and Dora's territory.  On Friday afternoon, Dora did battle with one high over Tompkins Square.

Below, Dora is on the left and the juvenile is on the right. 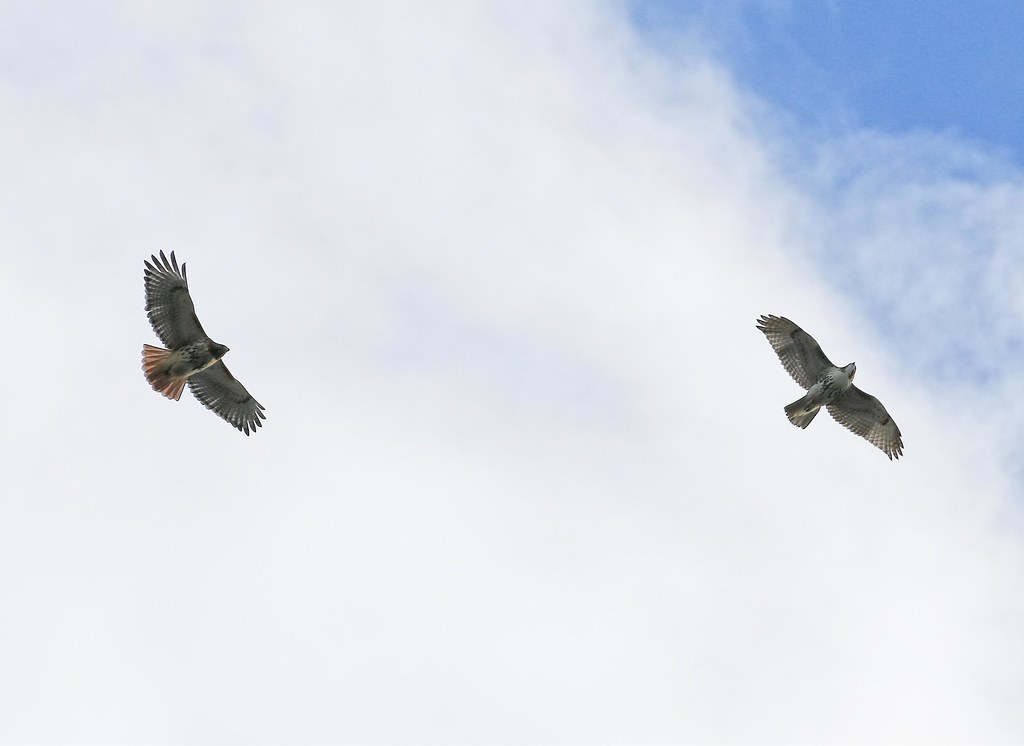 This was a particularly small juvenile, so it may have been a male.  Note their size difference. 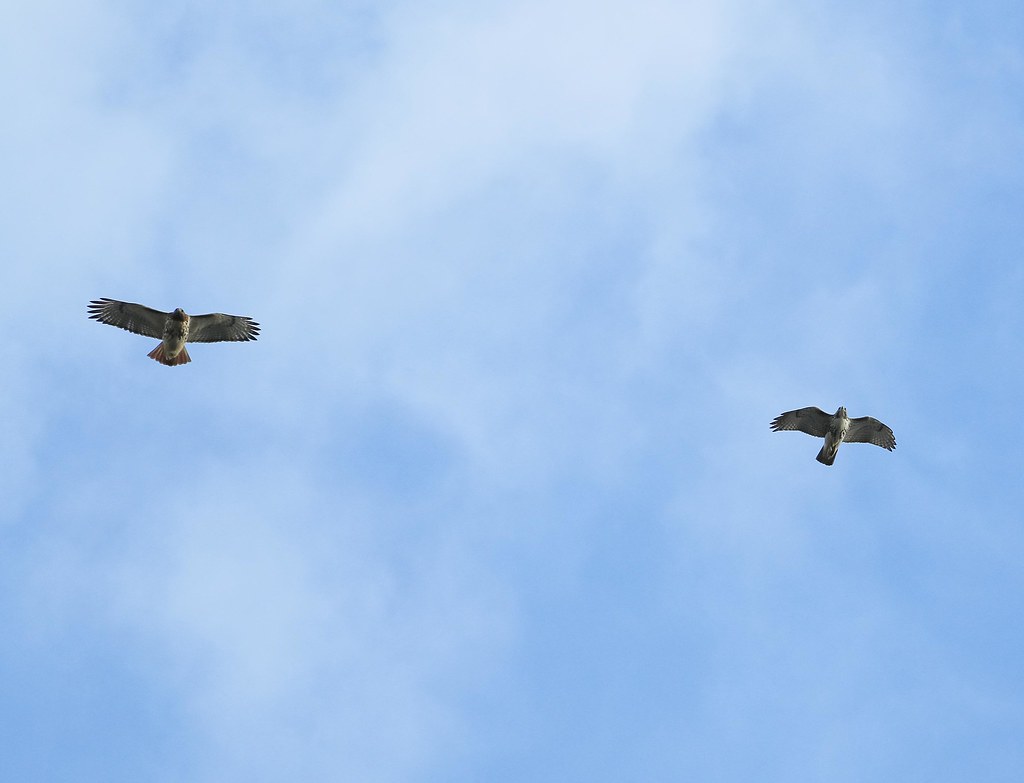 Dora crept up from behind... 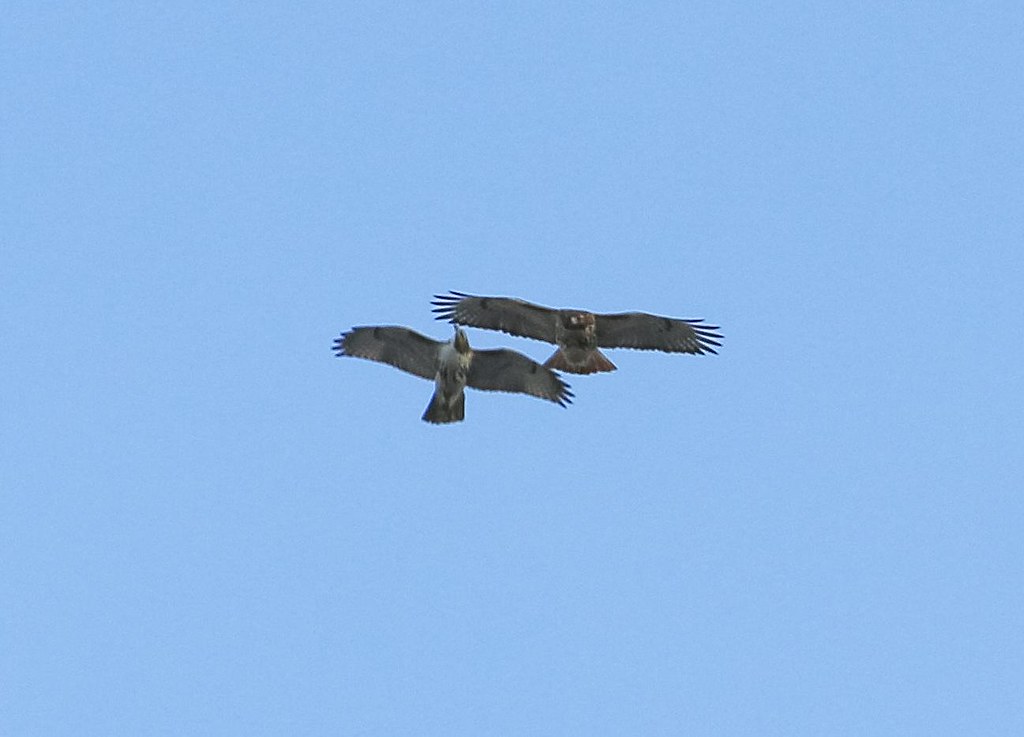 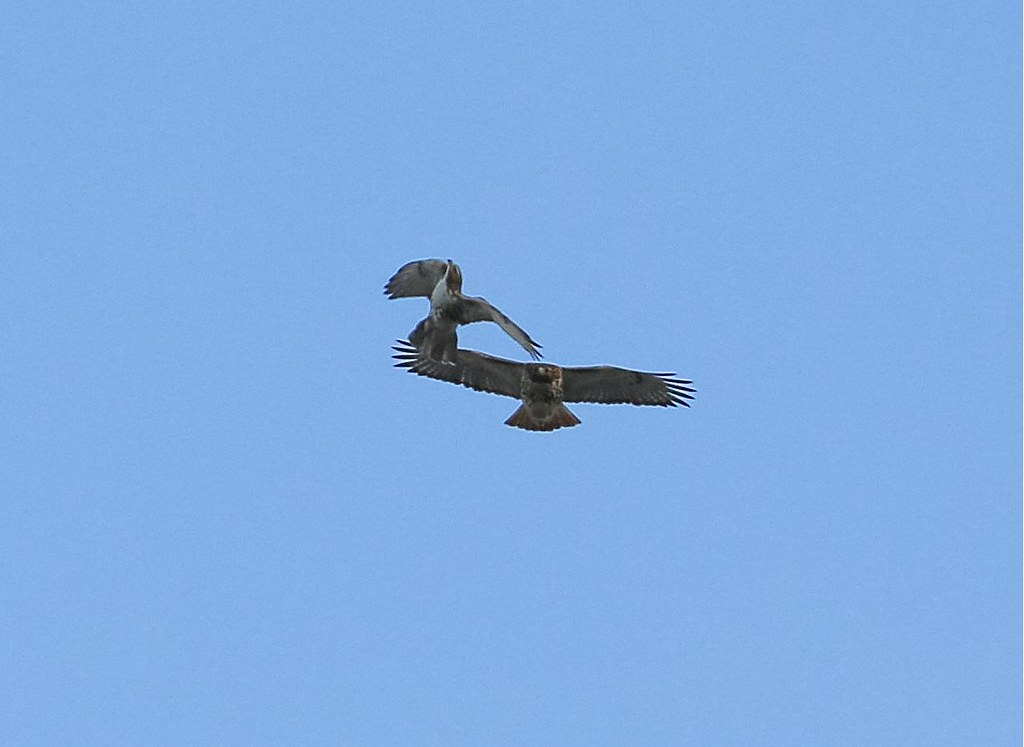 Dora came at the intruder from below.  I saw her pull this vertical move just over a year ago when she went after an intruding Peregrine falcon. 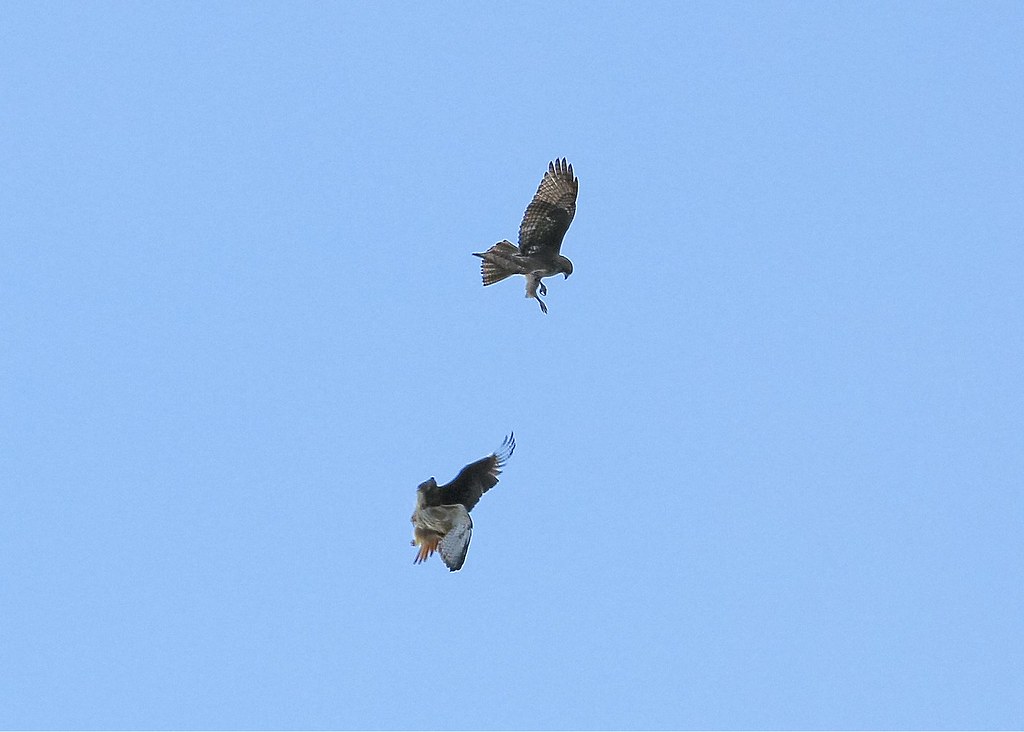 Dora gets the upper hand... 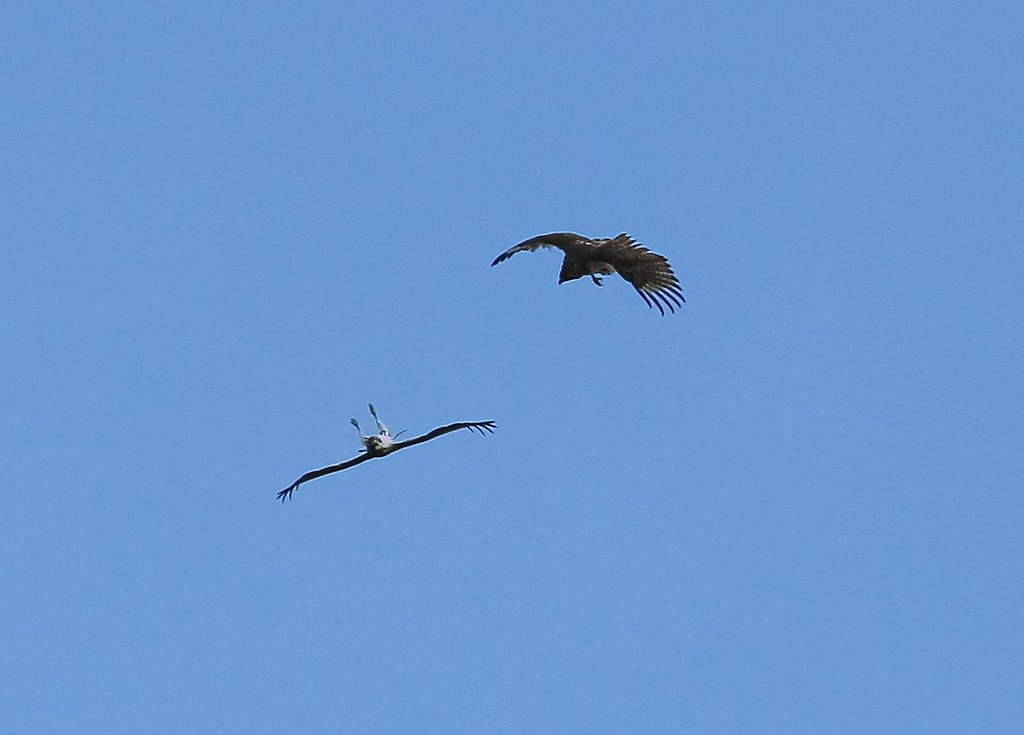 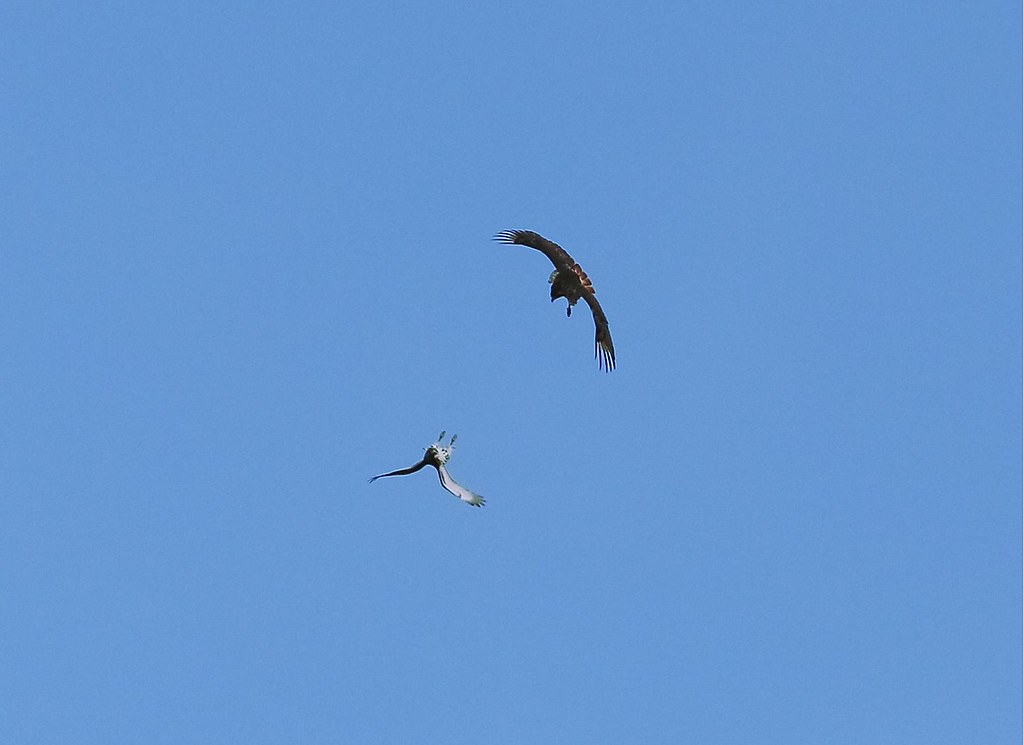 The juvenile did not back down easily. 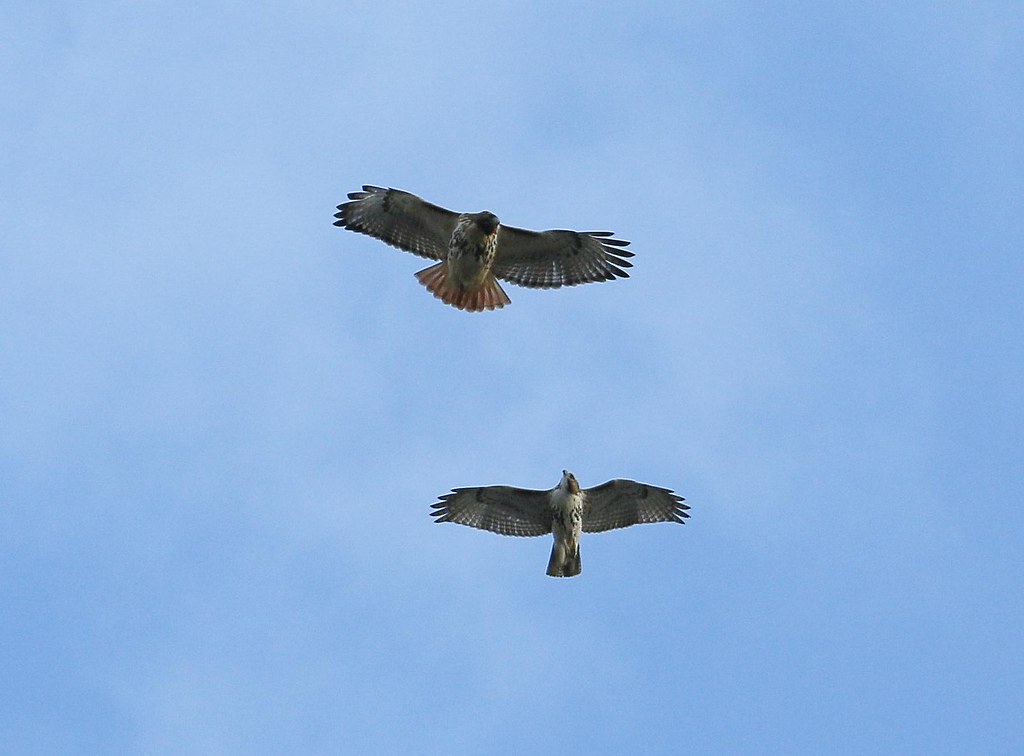 Finally, the stubborn invader took off to the east and Dora went south. 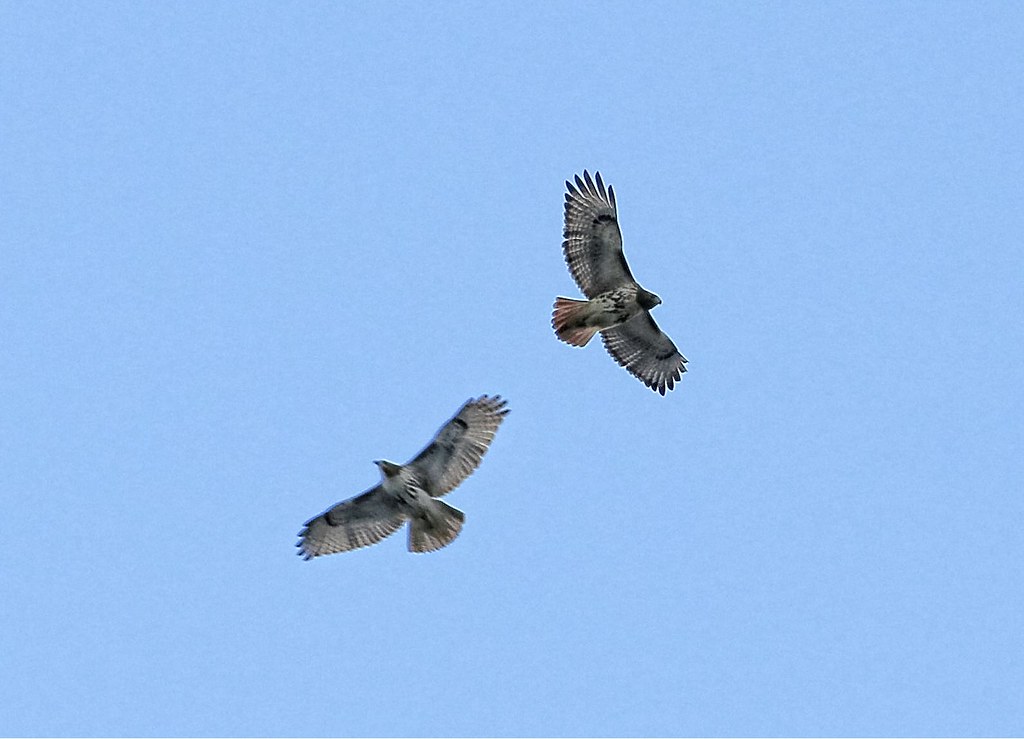 During this time, Christo retreated to the park.  He seems to be responsible for holding down the fort while Dora goes to combat in the air.
Posted by Laura Goggin Photography at 9:20 PM