Flatbush appeared to have finally caught the hunting spirit this last Saturday, as I found him zipping around Tompkins Square, diving at everything that moved.  As Ten spent the whole afternoon resting in a tree on the east side of the park, Flatbush stayed active for almost six hours.

The fledgling has come a long way since mid-June, when he spent almost three days perched in the same tree.  On this day, he barely paused long enough for a photo. 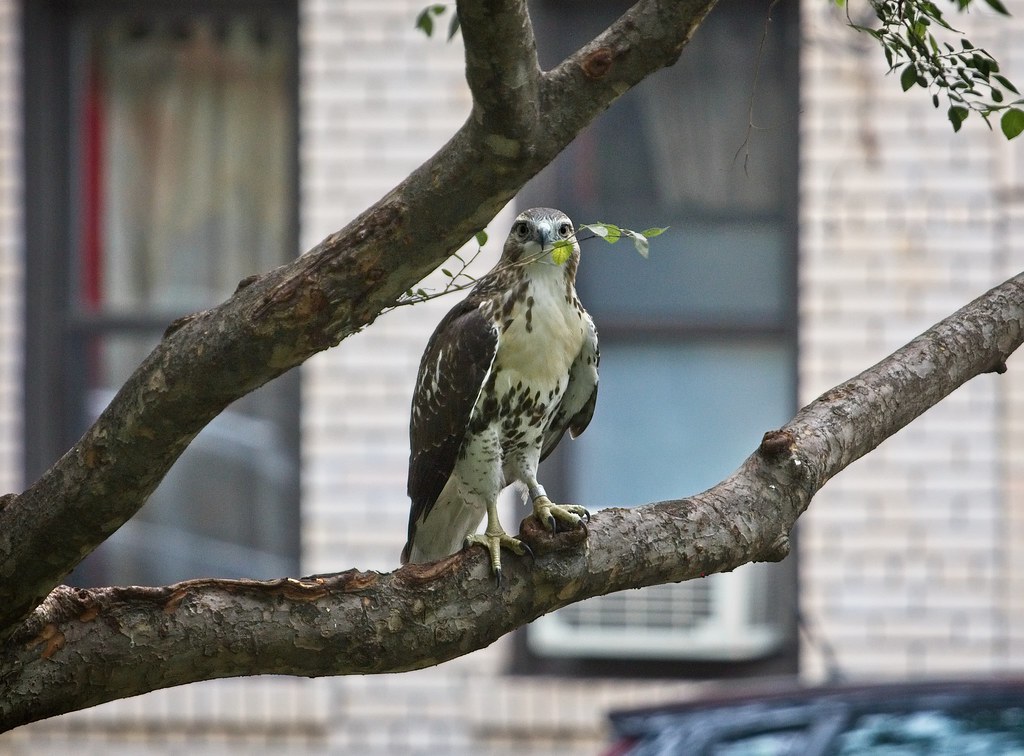 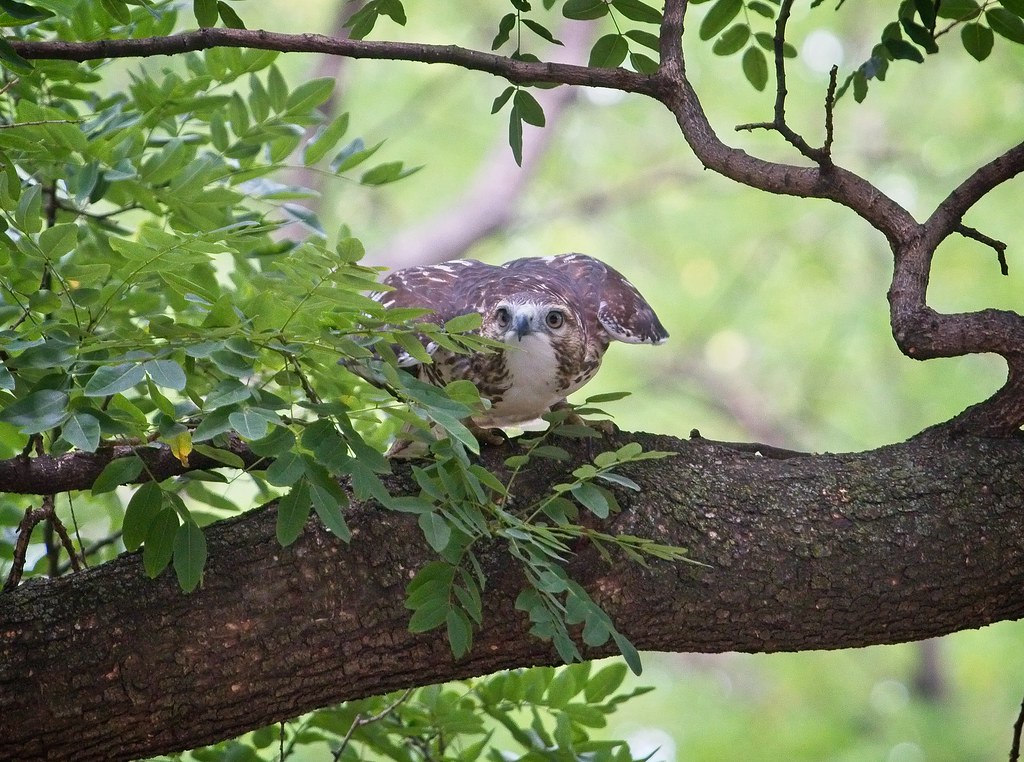 After diving through a flock of pigeons, Flatbush turned his attention to squirrels, who seem to enjoy taunting him. 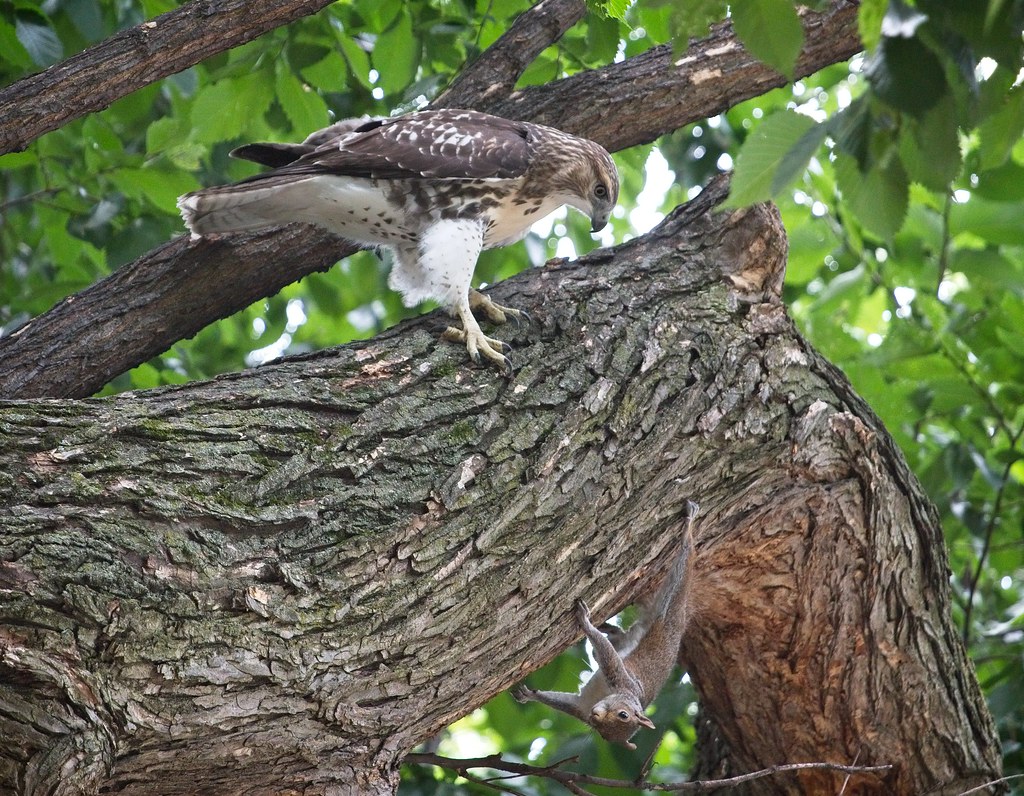 Flatbush ambushed an unsuspecting piece of wood in the grass, which was apparently in the territory of this squirrel, who did not hesitate to confront the hawk. 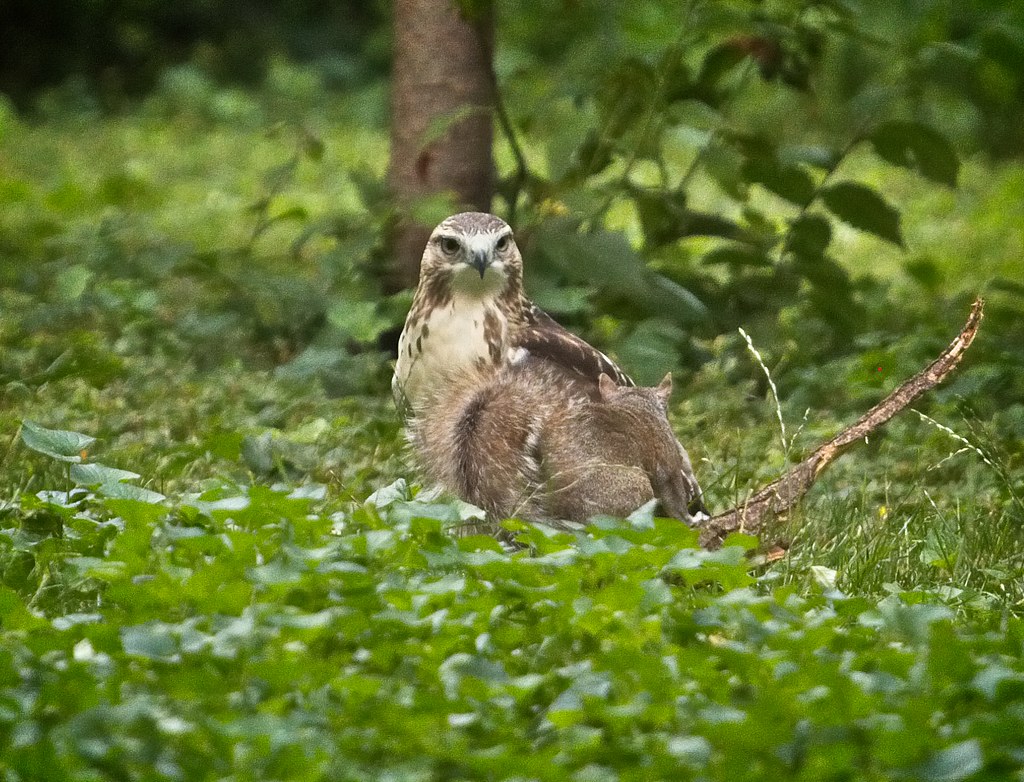 Why does Squirrel not cower in fear before me? 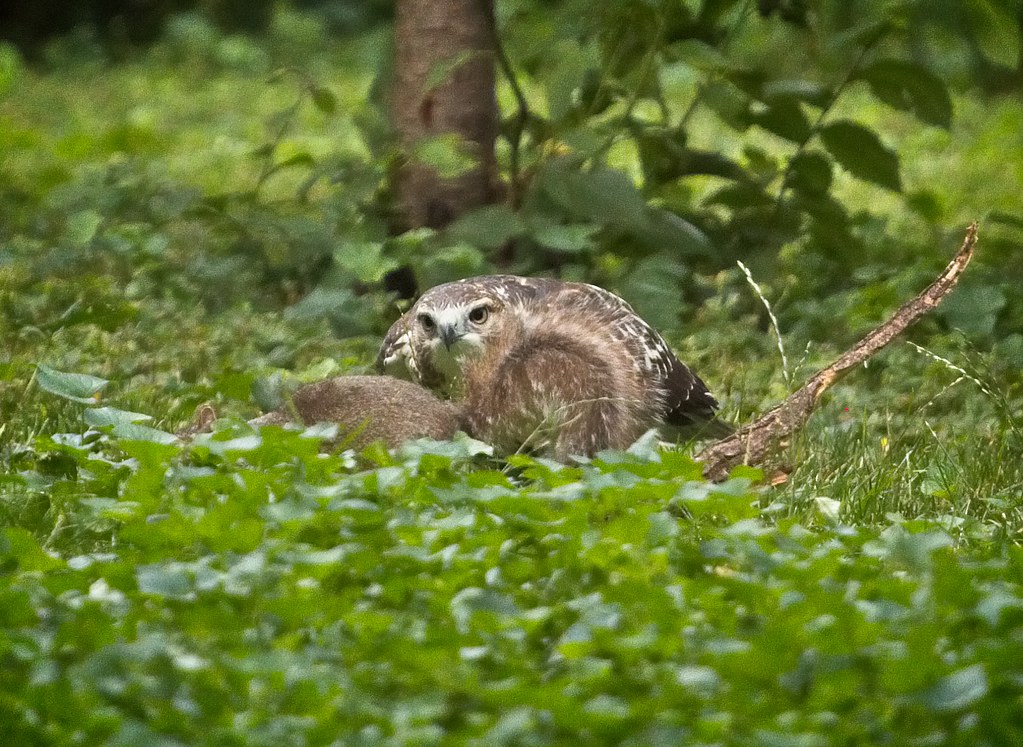 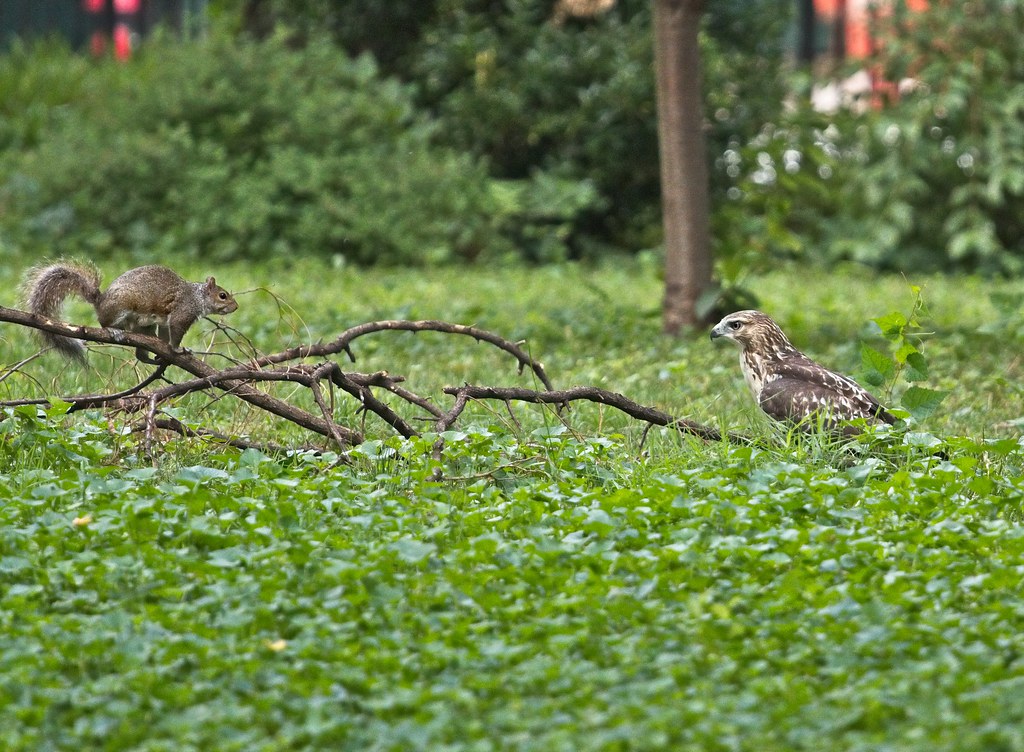 The squirrel suddenly darted straight at Flatbush, who sprang up and... 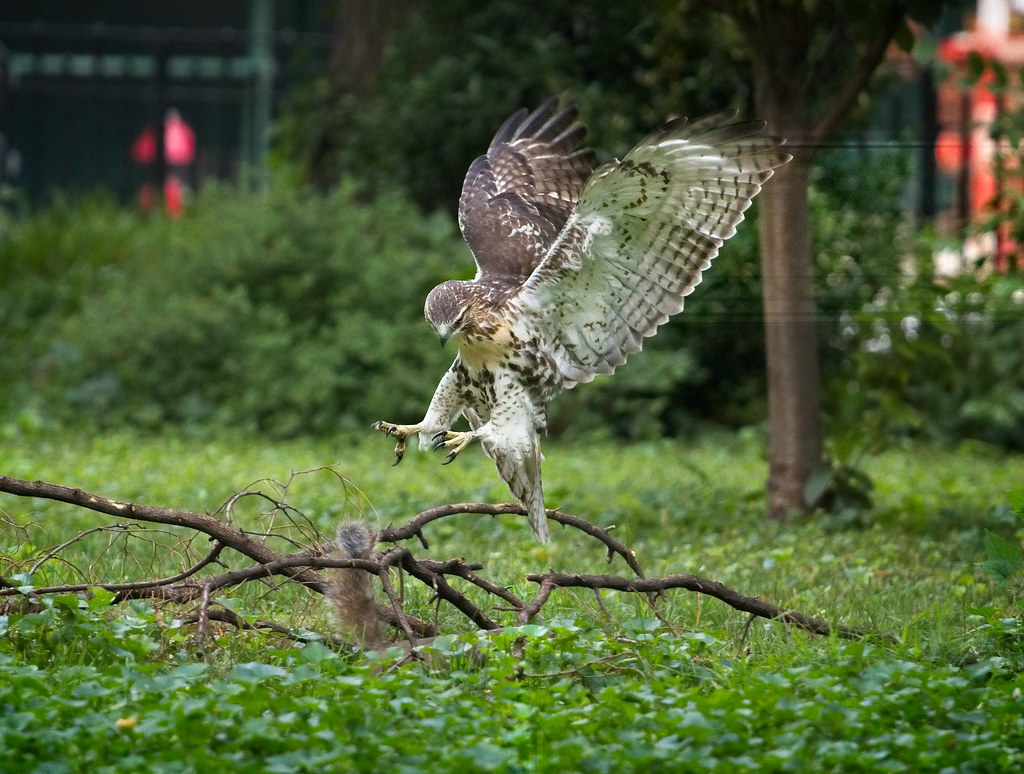 ...see the video below to find out what happened next.

The music in the background of the video is courtesy of an ice cream truck on Avenue B.  I've come up with some lyrics:


All around the branch in the grass,
The squirrel chased the red-tail.
Squirrel proceeds to get in Hawk's face,
Pop! goes the red-tail.


You win this time, Squirrel. 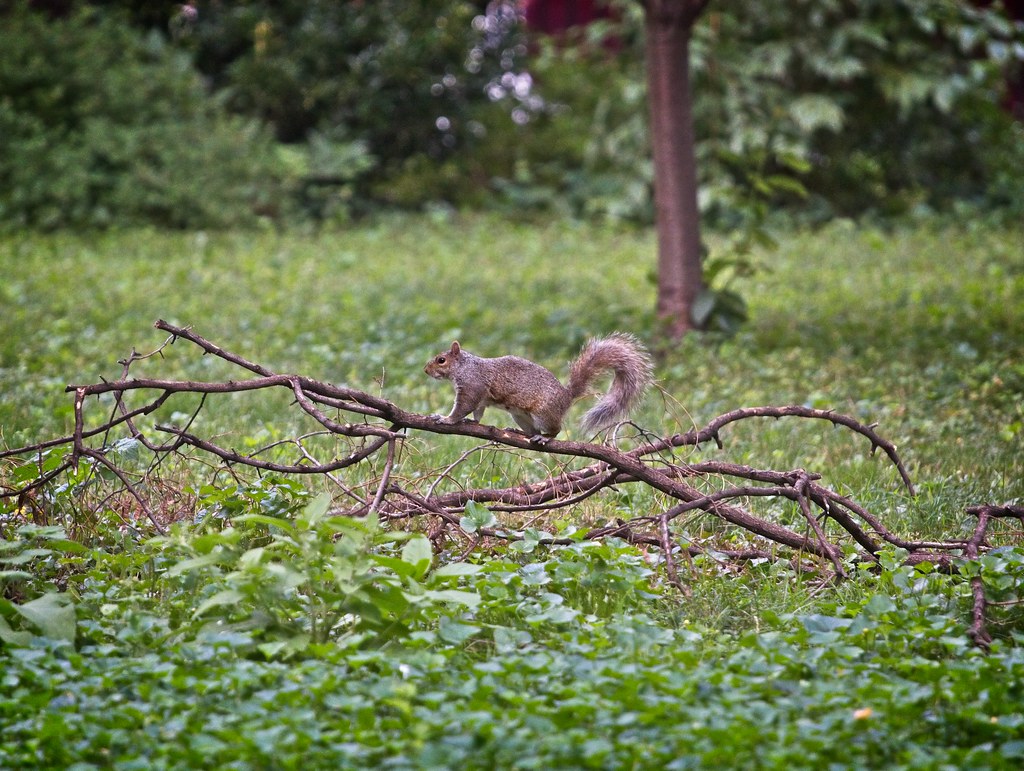