Today marked the 2-month anniversary of the Occupy Wall Street movement.  Protests went on throughout the day at Wall Street, Union Square, in the streets and on the subways.  I caught up with protesters in the evening at Foley Square and was impressed by the sheer number of people gathered. 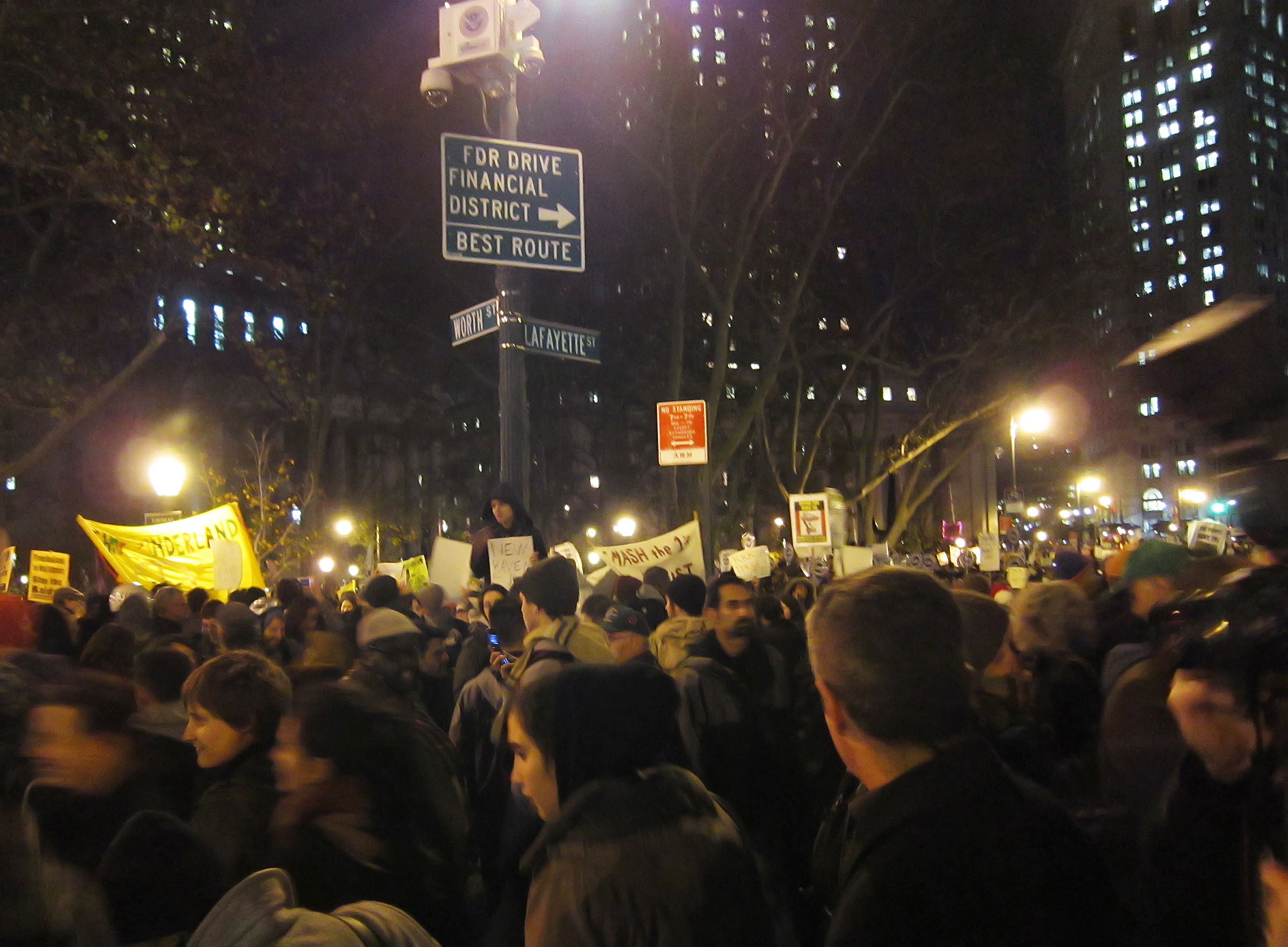 There were so many people, I couldn't see the end of the crowd in any direction. 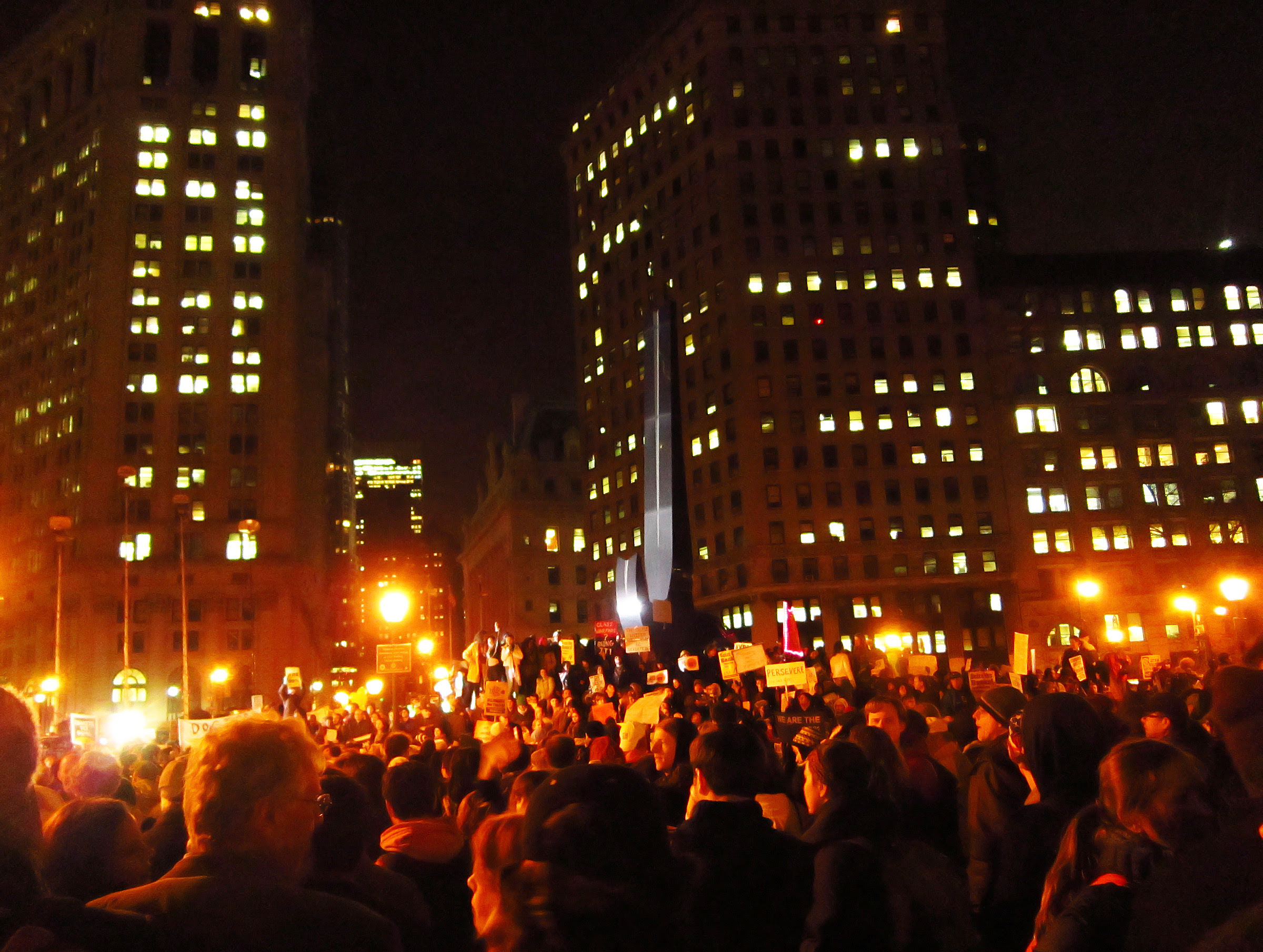 We began to march from Foley Square to the Broolyn Bridge.  The route was lined with police - more than I've ever seen in my life - but the mood was good.  We even made a few friends along the way. 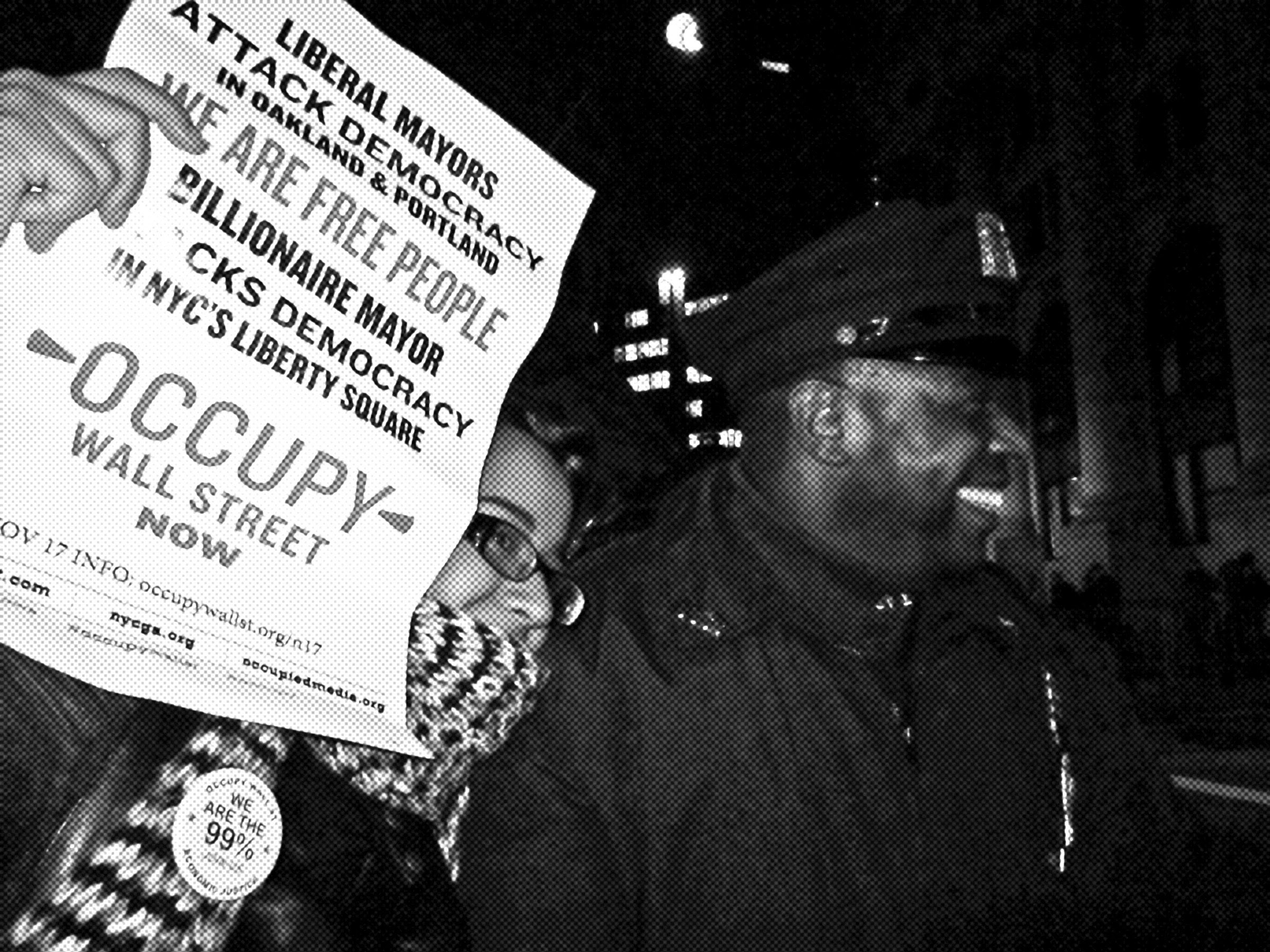 Upon reaching the entrance to the bridge, I was again amazed at the size of the crowd. 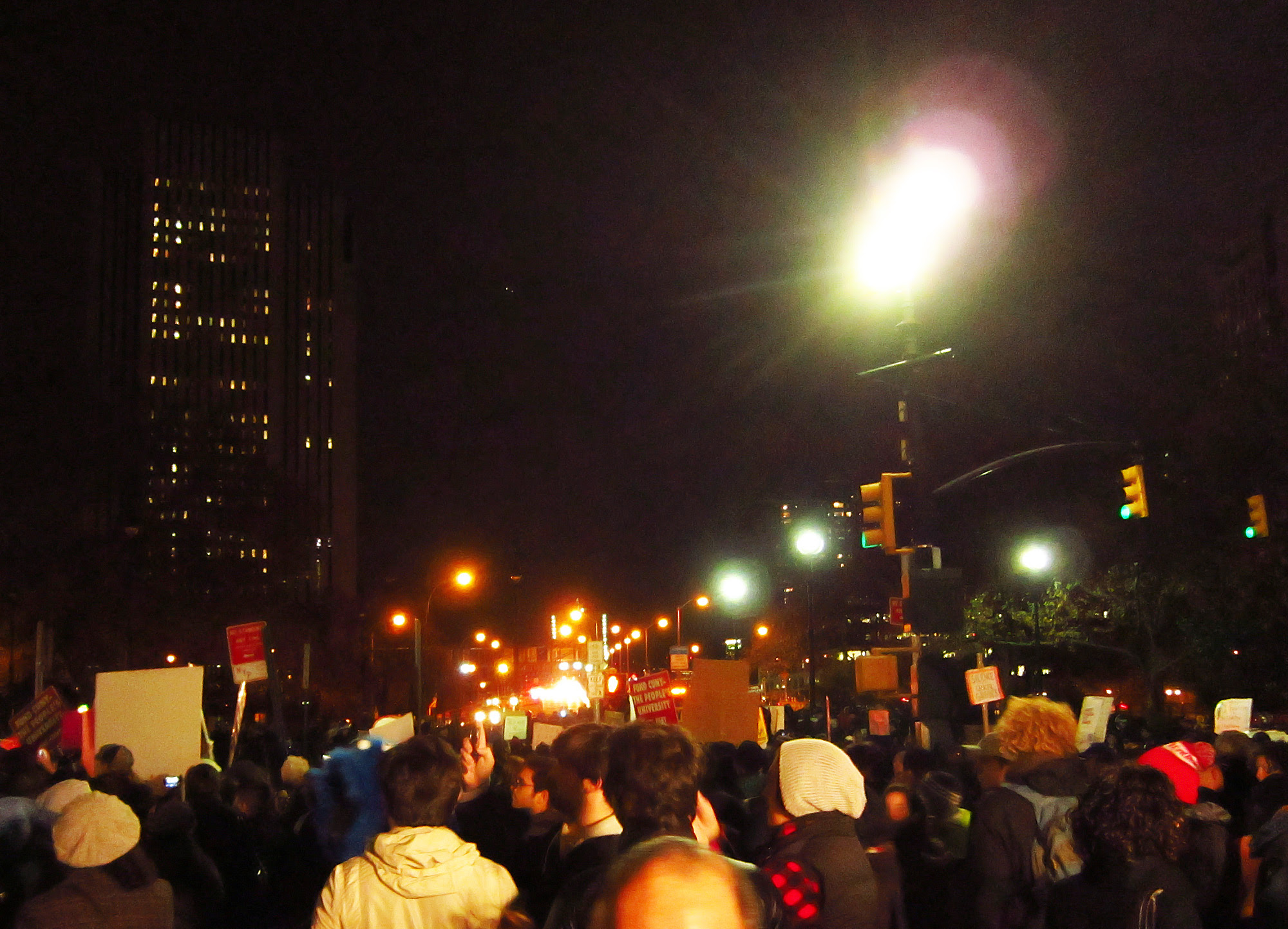 People streamed over the bridge, but I didn't follow as I've been kind of sick and didn't think I could physically handle it in the cold weather.  I felt bad about this, so thank you to all the people who marched all the way.  It was heart-warming to see so many New Yorkers supporting and encouraging each other. 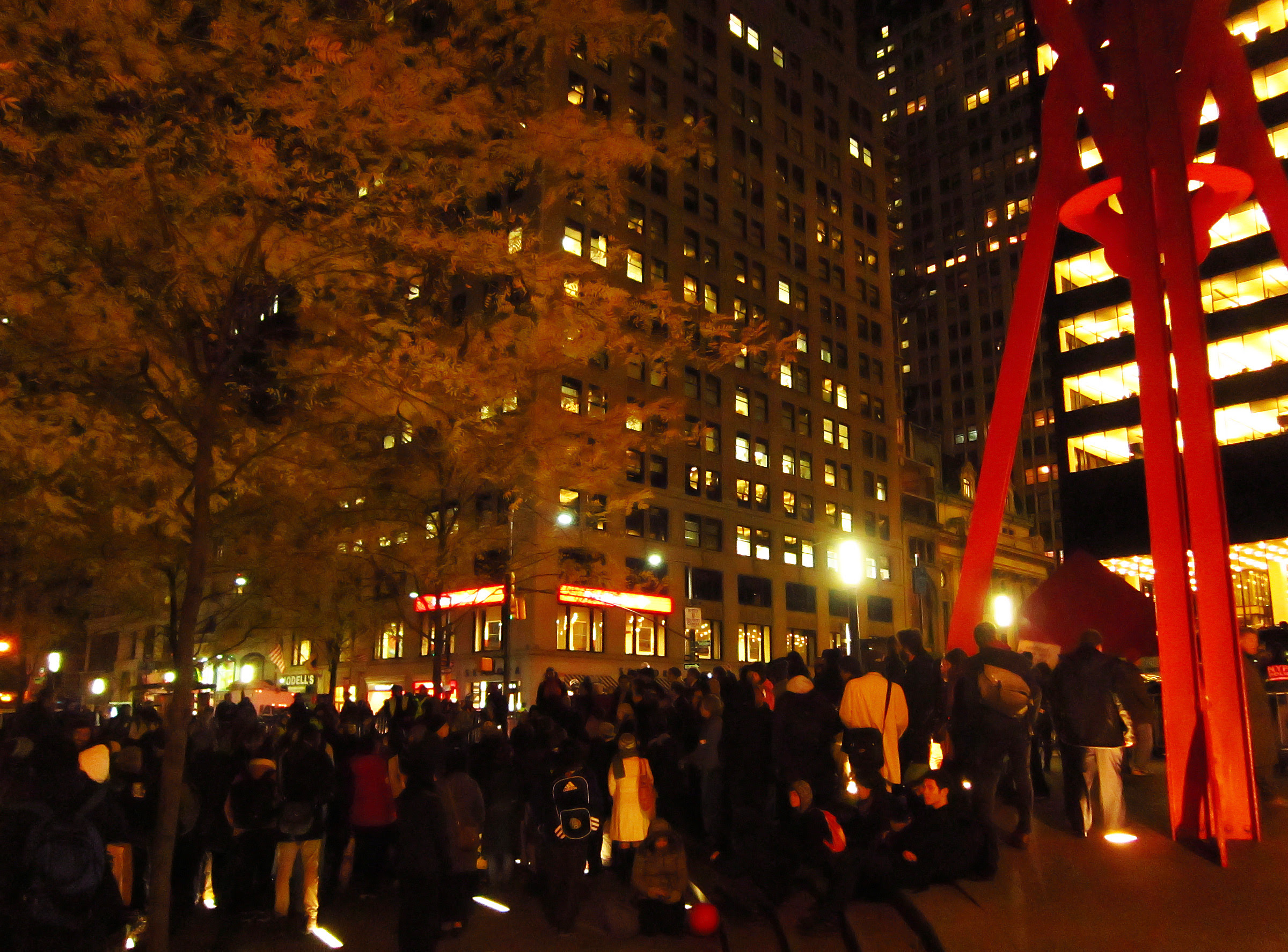 About 200 people gathered and rallied.  As so many signs said, you cannot evict an idea whose time has come.