I woke up yesterday angry and frustrated.  Zuccotti Park had been raided the night before and many journalists were arrested, as well as a non-protesting friend of mine.  Rumors were flying that there had been a deliberate media blackout.

As I walked outside, helicopters hovered over lower Manhattan creating more tension. Feeling more anxious the more I walked, I nearly lost it when one came swooping down over Houston Street. Was this really necessary?  The display of aggression conjured up the image of our Mayor giving his press conference on the subject earlier in the morning, reminding us citizens that "No right is absolute."

As I approached Canal Street, I saw protesters gathered at Duarte Square. The square is a public space, but the adjoining park is owned by Trinity Real Estate. 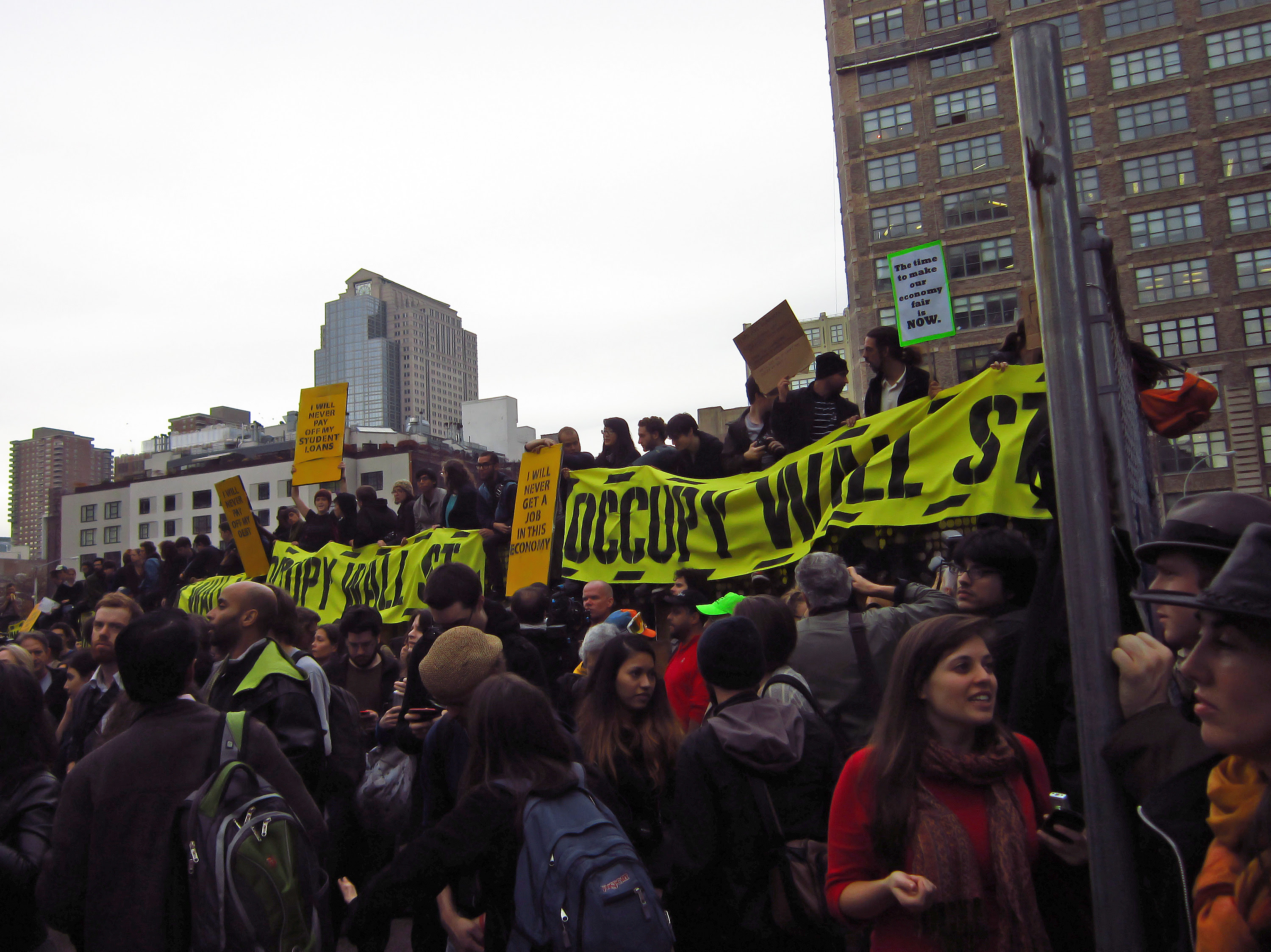 A man leading the group said they had asked permission from Trinity to organize a prayer session in the park. I have to assume no permission was given as he then made it clear the group was splitting into two - his group would return back downtown and the remaining group was going to do their own thing, which was to occupy the park. 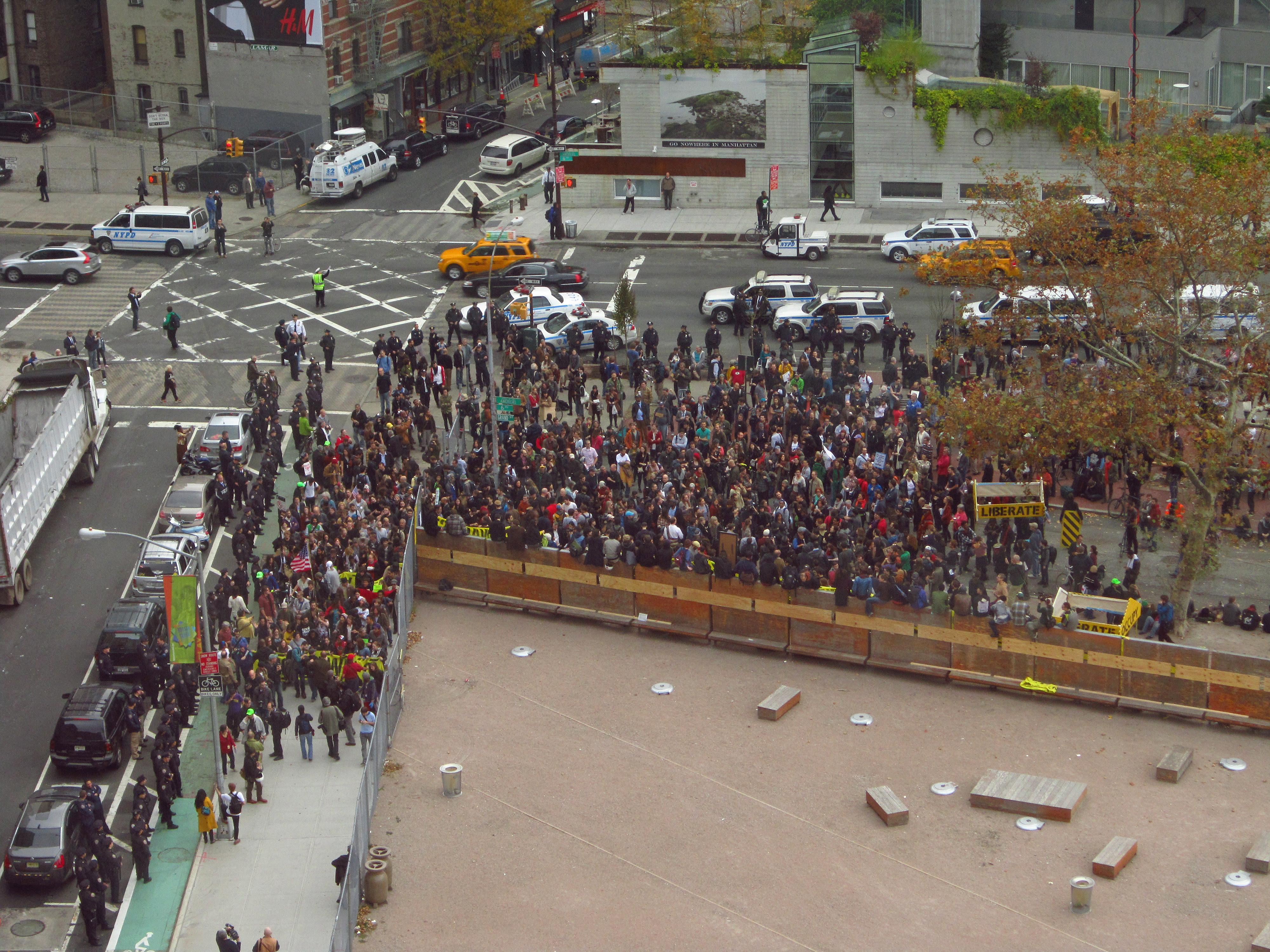 Once inside the park, protesters took up signs that doubled as shields... 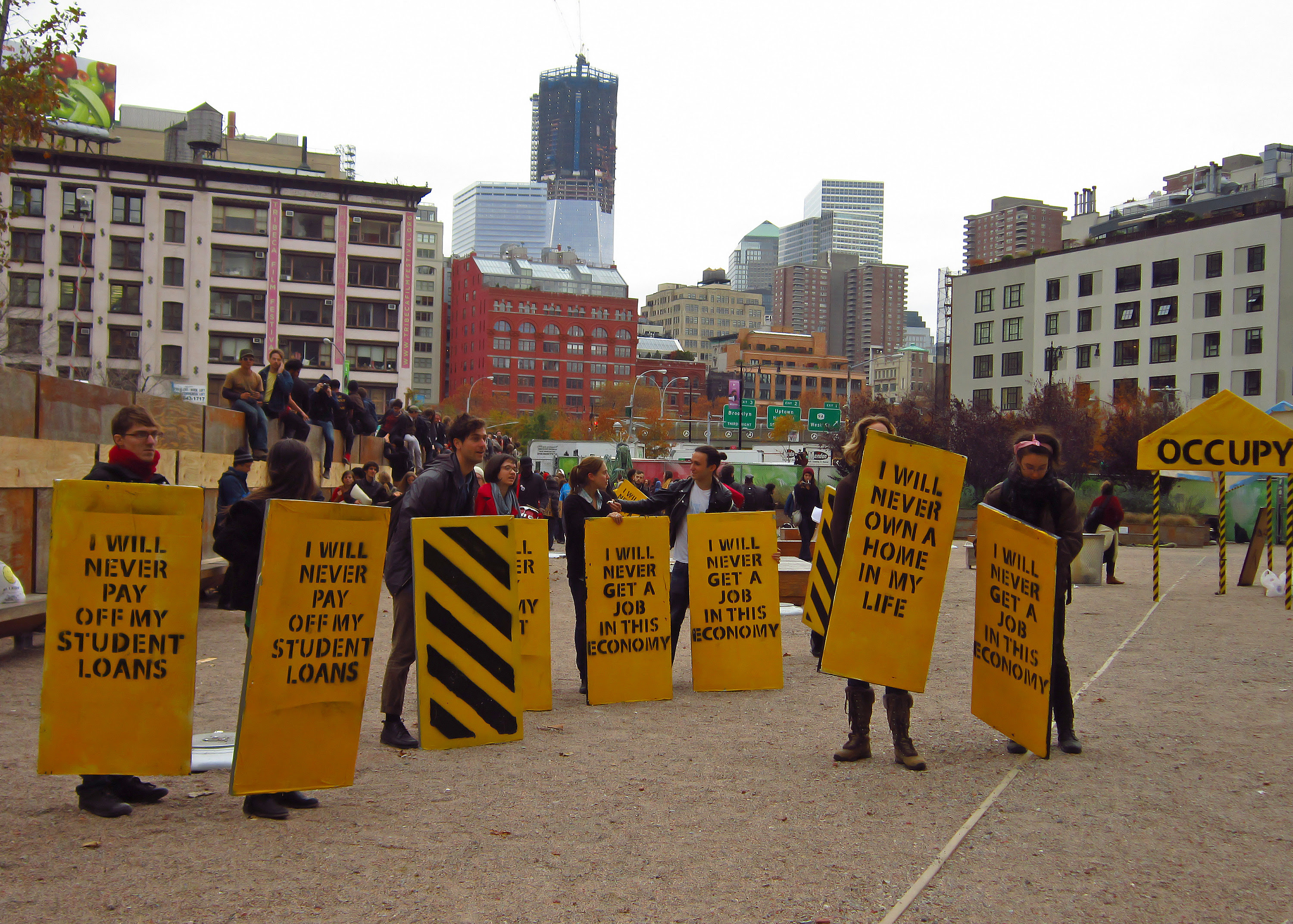 ...and pressed against the locked gate. 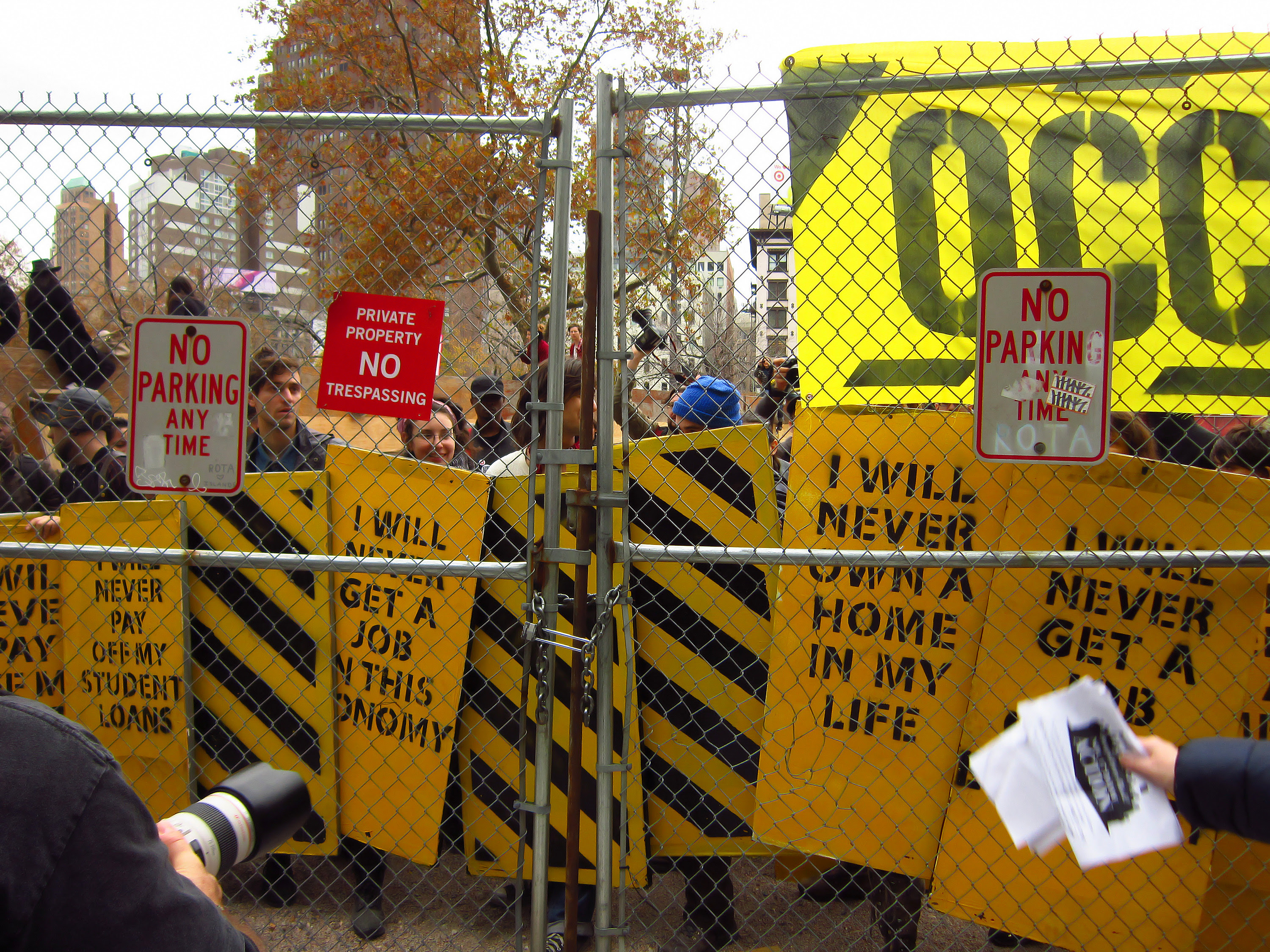 Here is video of them getting organized:

It was at this time the police decided to do something.  Until now, everything had been pretty peaceful and the cops kept their distance, even as protesters climbed the wall into the park.  As soon as they began pressing on the fence, the police quickly stepped in and made all onlookers move back.  This is normal procedure, but considering the events of the previous night, people were wary of their intent.

In the video below, the police move onlookers and photographers back as more police in riot gear move up to the gate in the background.  When asked why they were doing this, one cop says it's to keep people from being hurt. You can then hear a woman say, "Or is it to keep us from seeing what's happening?"

I heard there were more arrests of journalists, although I did not see it myself.  A couple of hours later, the police had cleared the park of all people and banners, and the area looked as if nothing had ever happened. 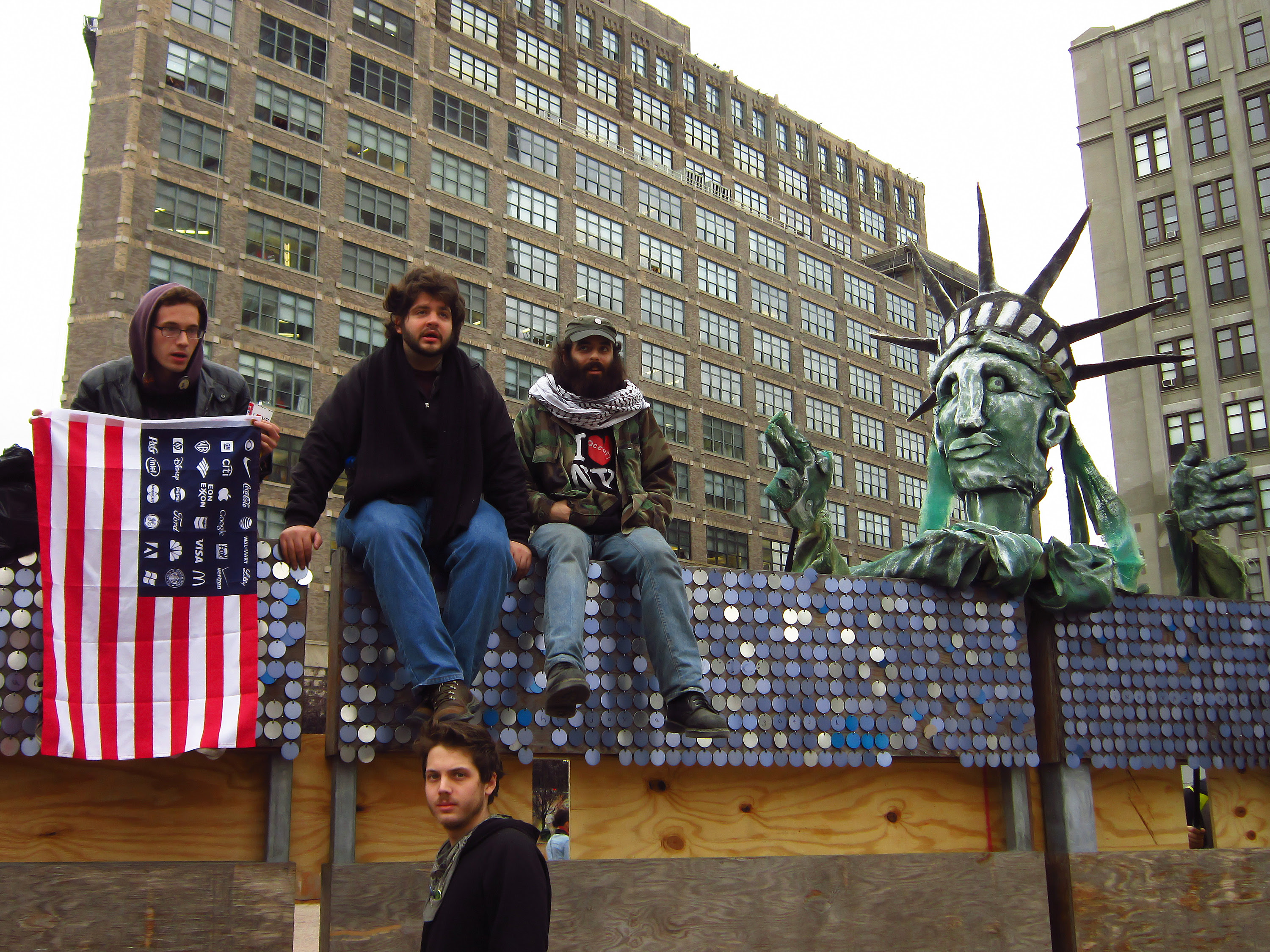 Previously.
Posted by Laura Goggin Photography at 10:59 AM