I took a trip down the Jersey Shore this last weekend to visit Asbury Park.  A popular beach community in the Victorian era, it's suffered through a century of neglect and decay, but is making a comeback.

It looks like some old landmarks are being preserved, such as the Old Heating Plant and Casino buildings. 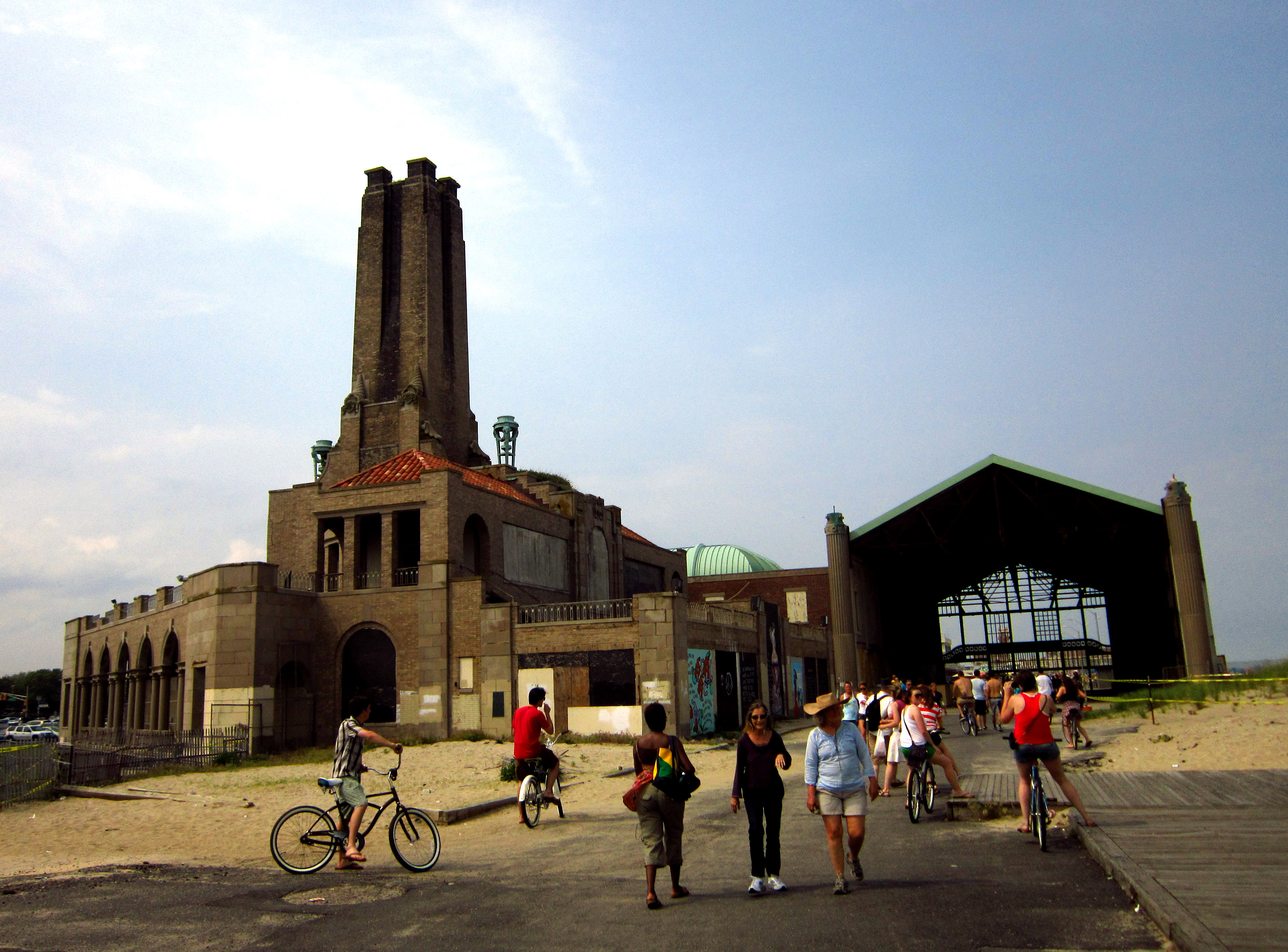 Here is the Casino from the front. 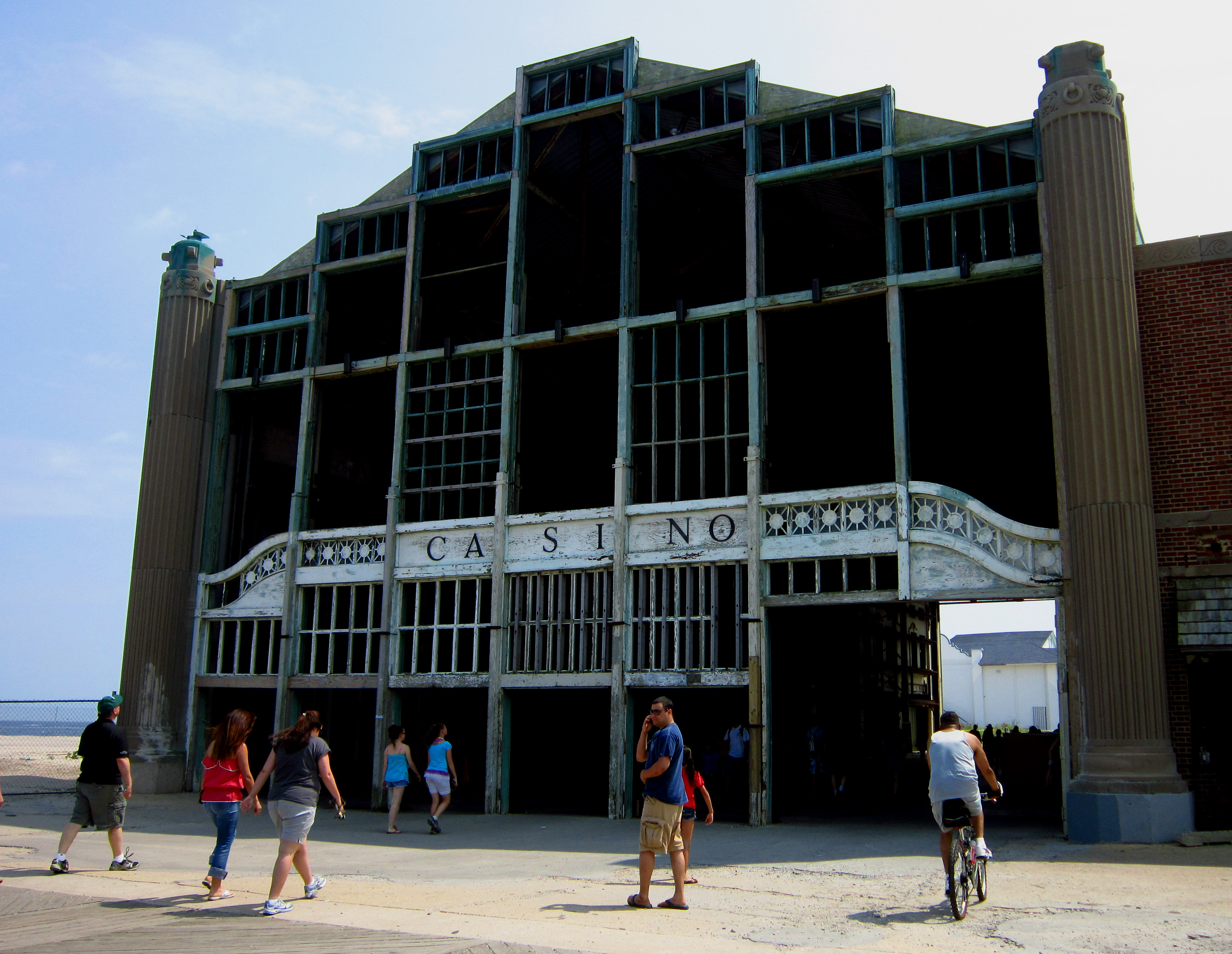 Inside, there are some beautiful murals and evidence of some grand old architectural elements. 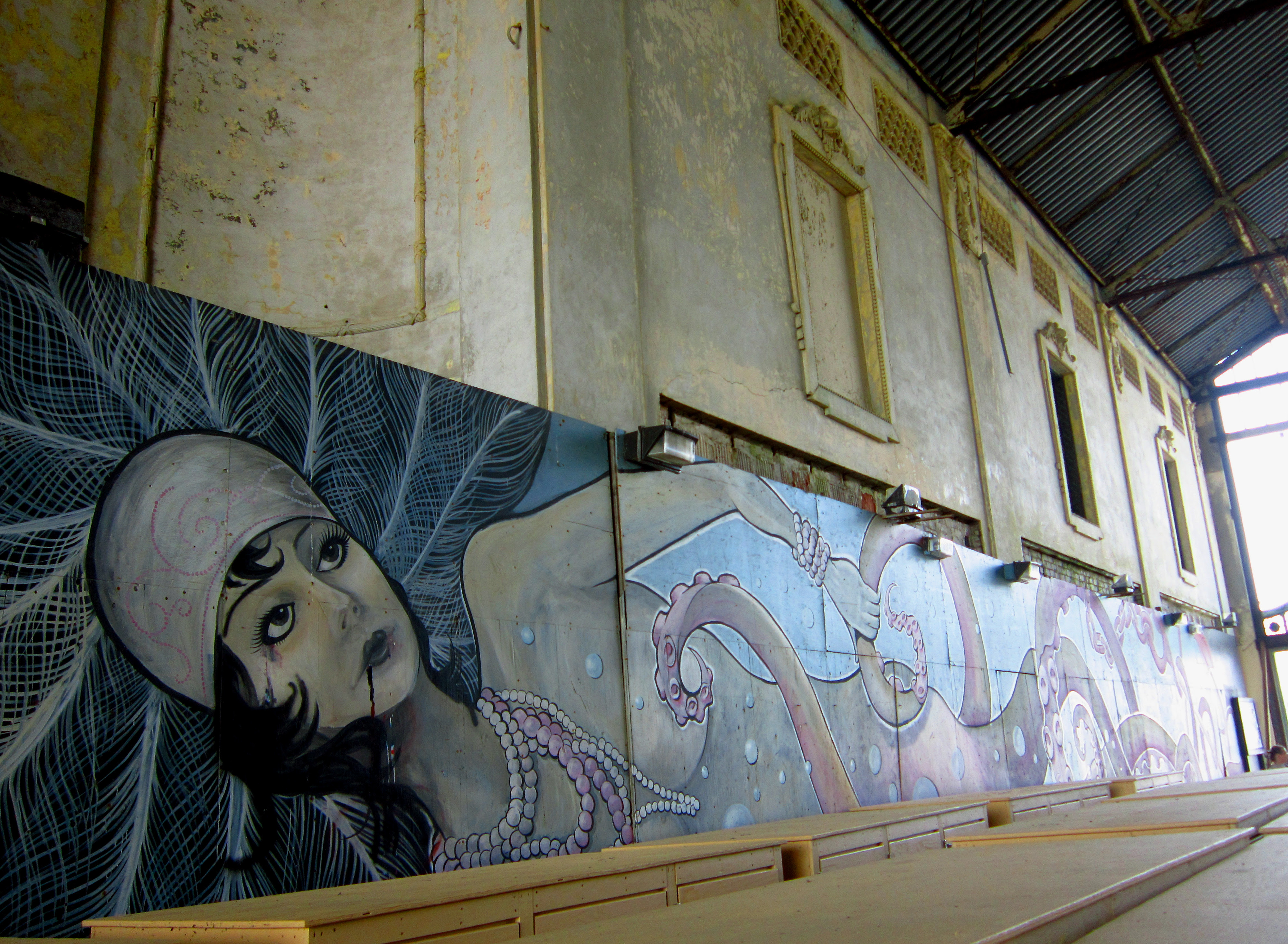 Here's a shot of the boardwalk, looking north towards the Convention Hall from the Casino. There are shops and concessions along the way... 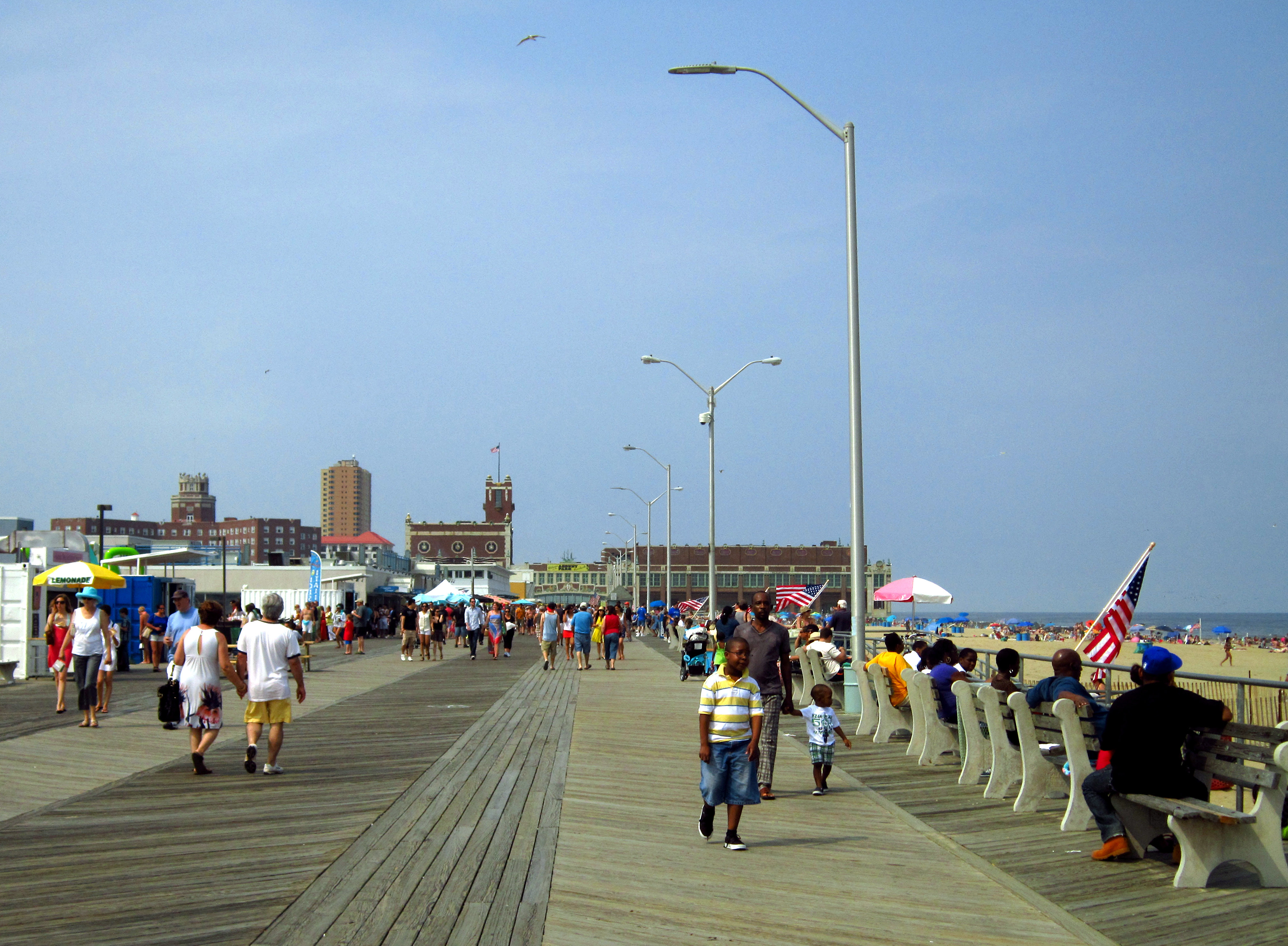 ...as well as about a mile of lovely beach. 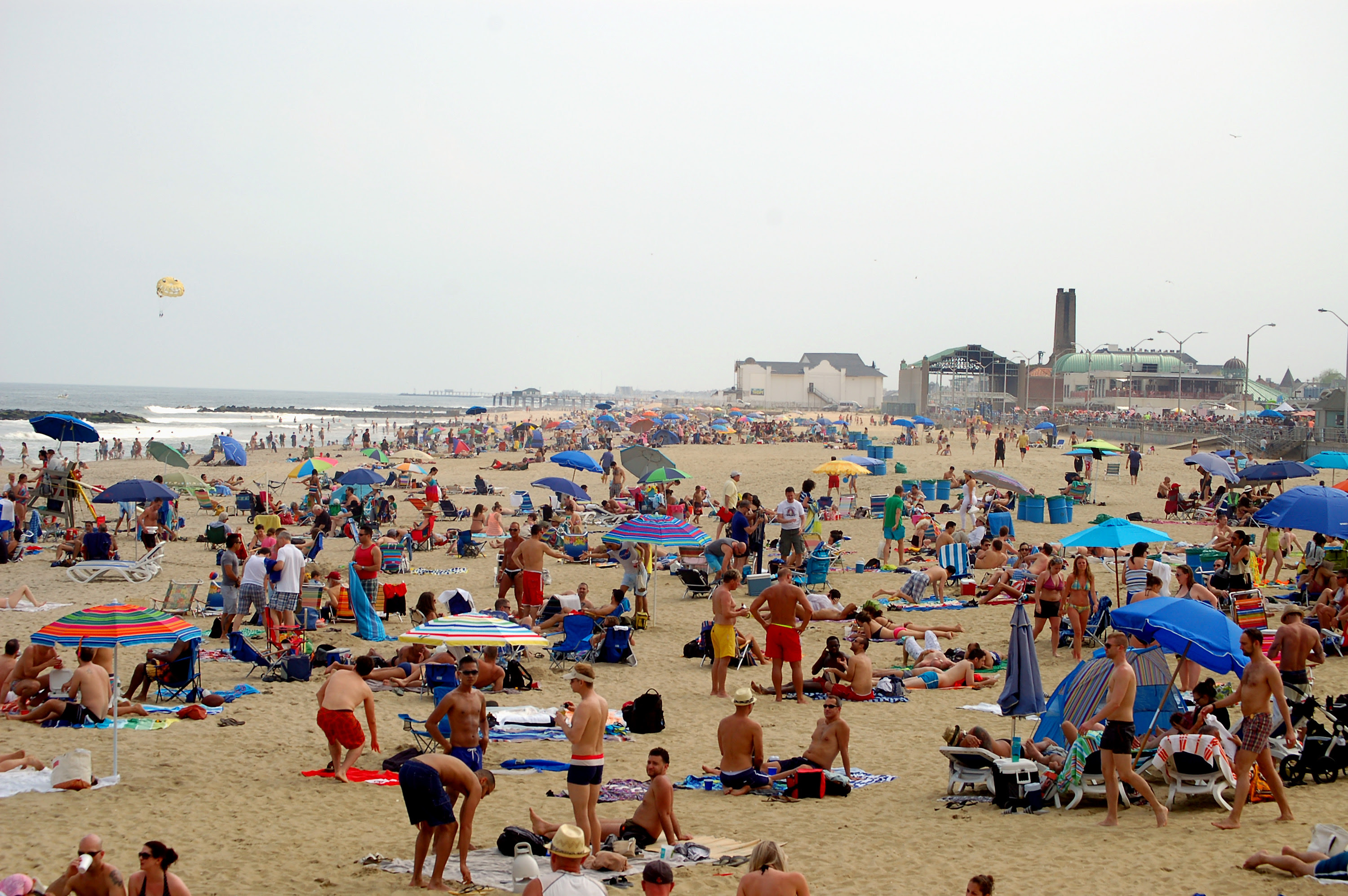 This photo really doesn't do justice for the Paramount Theater building, which is spectacular in person. 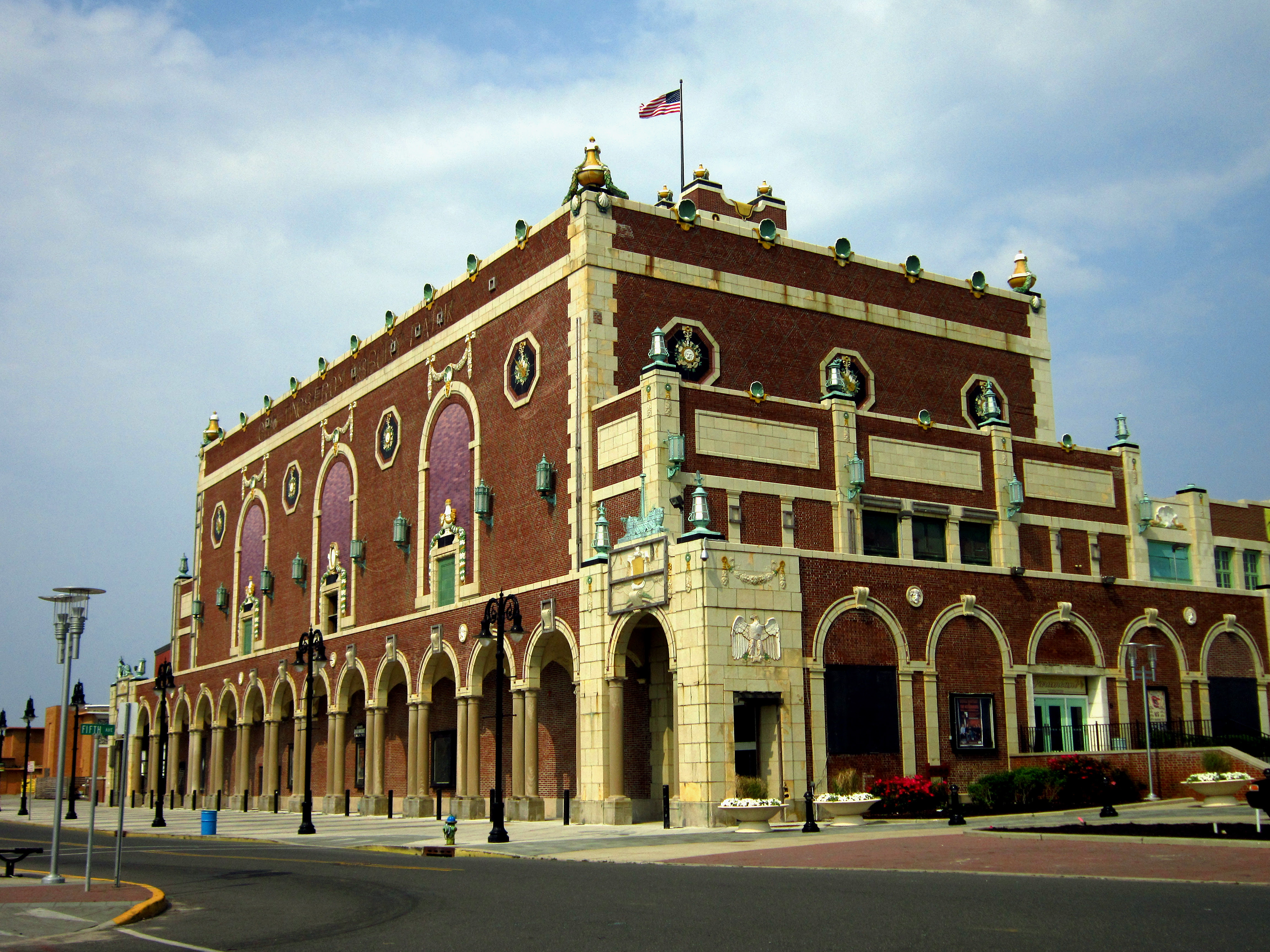 The theater is attached to the Convention Hall and, look what I happened to find inside - the Asbury Park outpost of Max Fish!  They've done a great job with the place, so I spent the better part of the afternoon under their happy clouds... 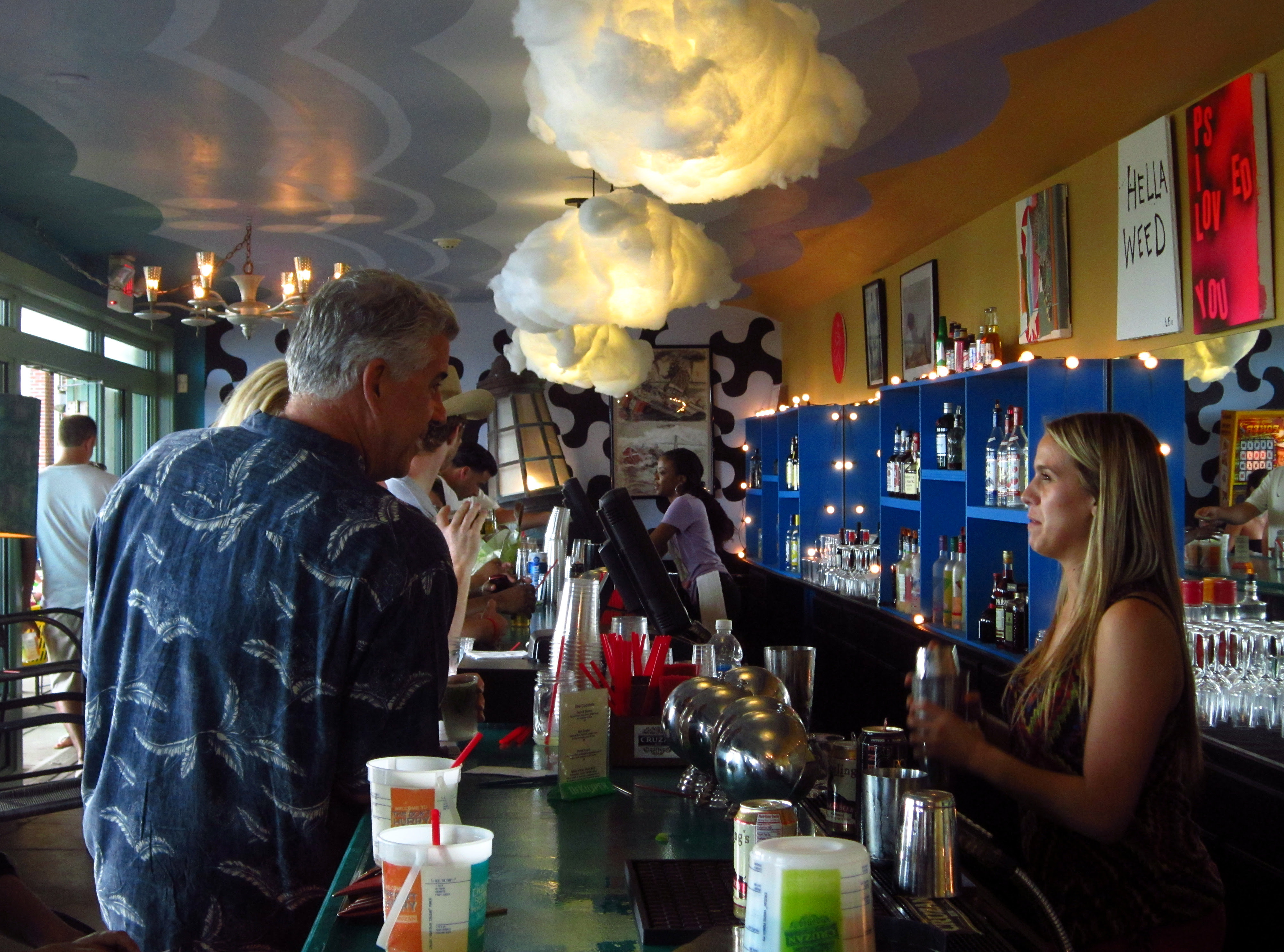 Something I did not see, but would have liked to (if I'd been alive at the time), was the wreck of the SS Morro Castle, a cruise ship that beached itself just a few feet away from the boardwalk and the Convention Hall in 1934.  Do spend a few minutes reading the account of what has to be one of the worst maritime disasters ever.  The level of ineptitude would be comical if it weren't so horrific.  Apparently, the wreck became quite the tourist attraction.

More to come...
Posted by Laura Goggin Photography at 1:30 PM