May Day - Soho and Washington Square

This was the scene on Bowery at Hester after the OWS Wildcat protest left Sara D Roosevelt Park.  Police kept up with the group and managed to control traffic along a random and unplanned route. A short time later, police tackled and arrested two cyclists at Lafayette and Spring.  I don't know why this happened - cyclists were in the street, pedestrians were on the sidewalk and traffic was stopped.  I didn't see any reason to arrest these two men. 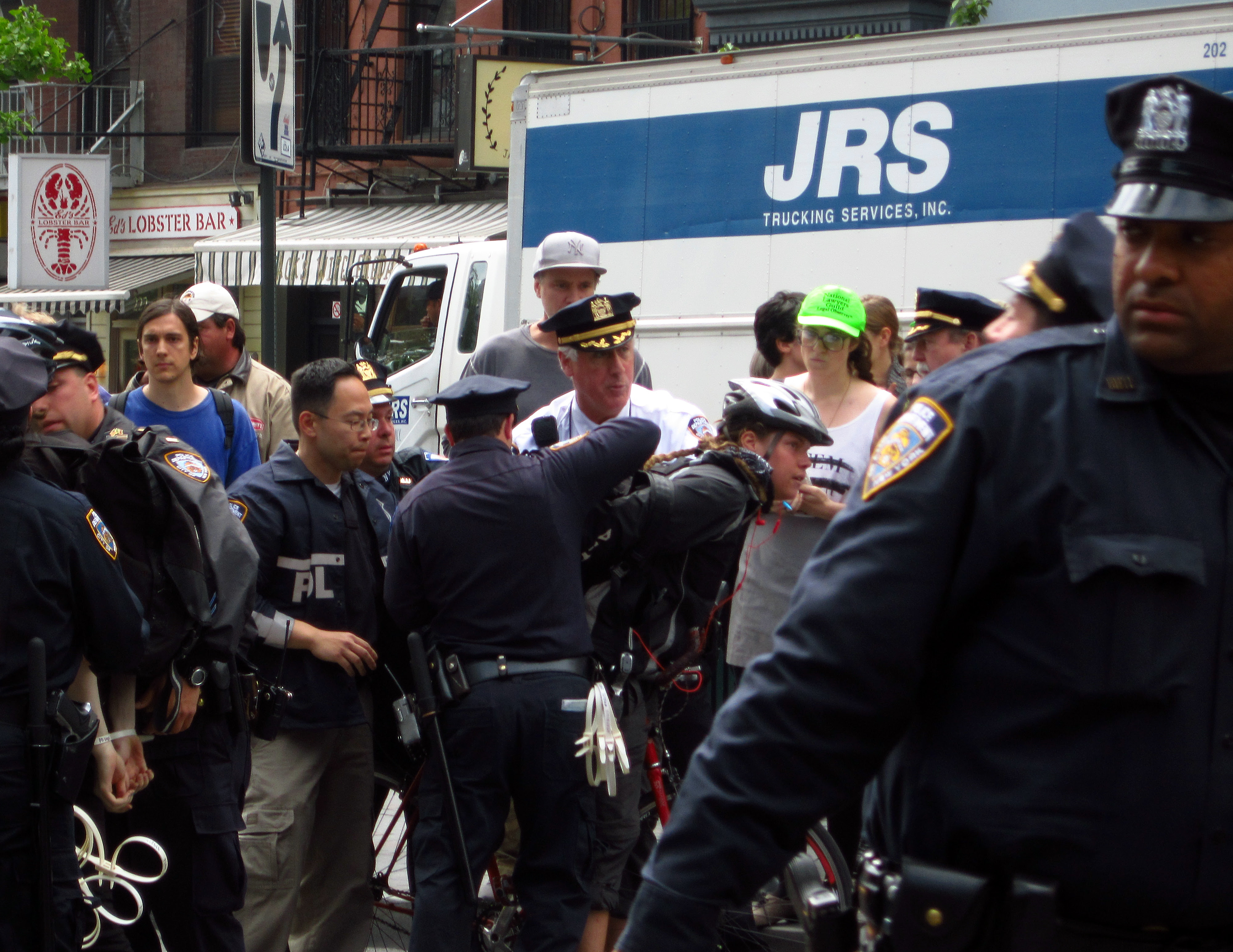 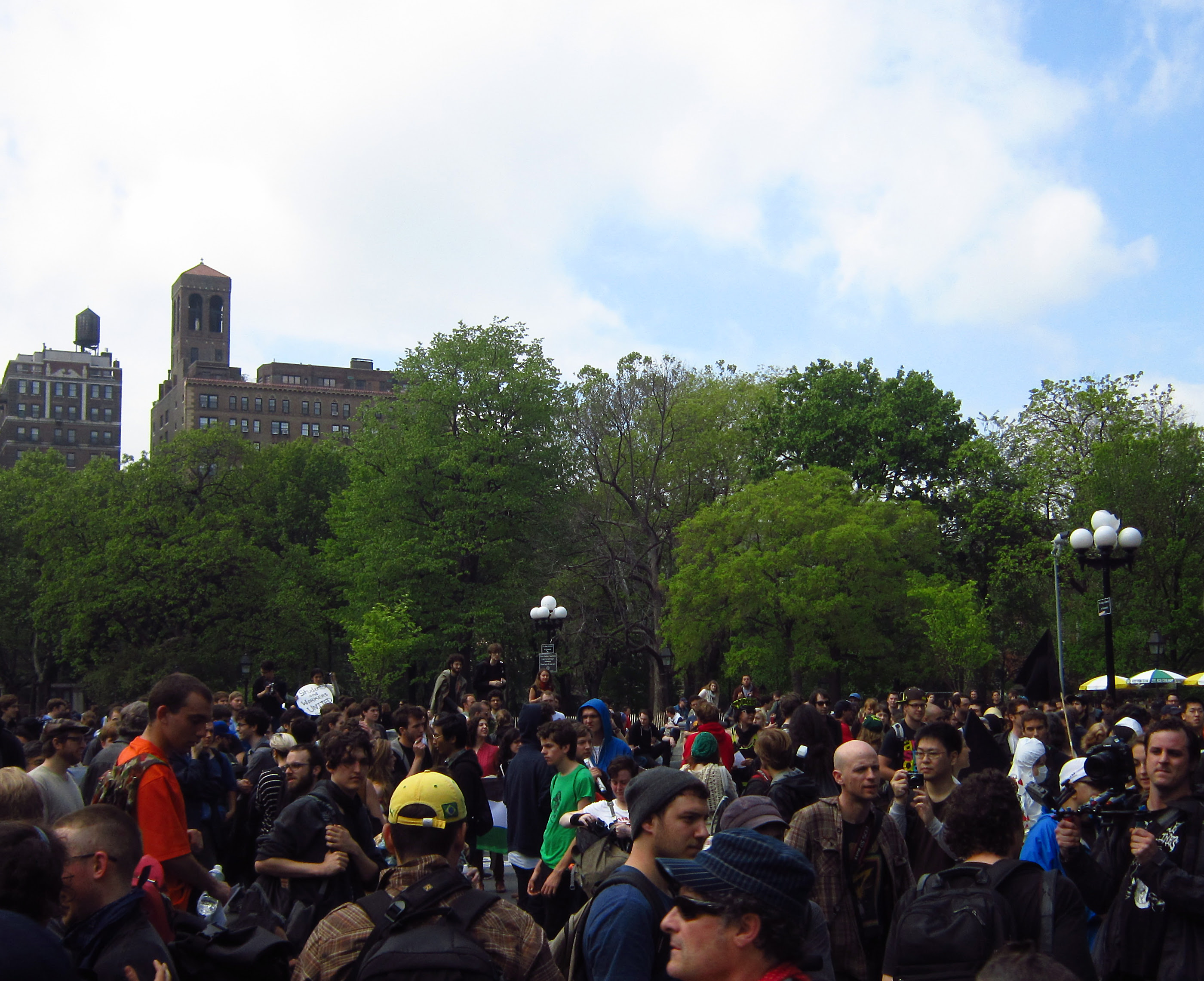 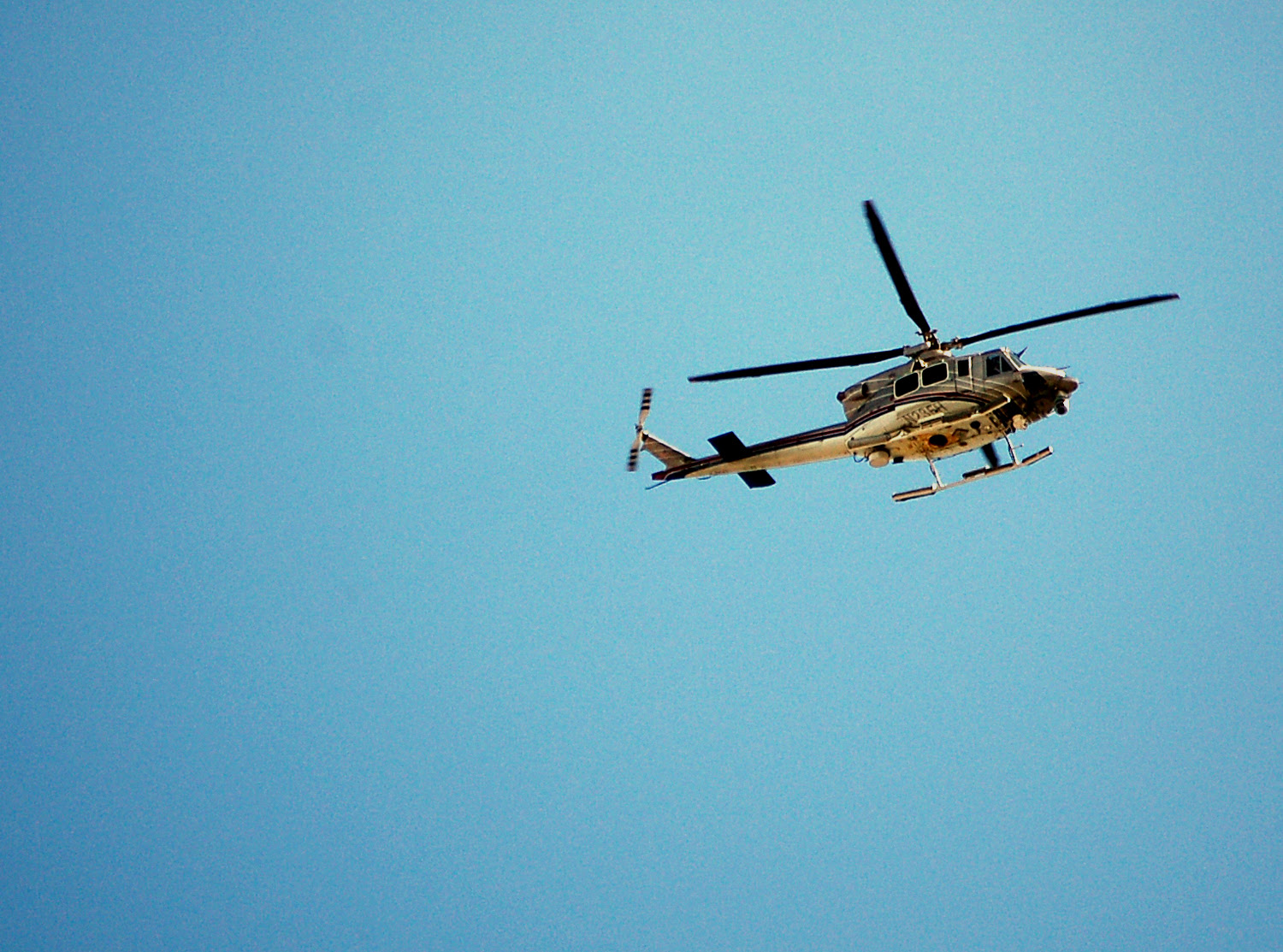 While I was in the park, I didn't see any police.  Students and protesters were holding banners and being generally quiet.  So, I was surprised to walk up 5th Avenue and see groups of police in riot gear hiding out on 8th Street.  Just after I took this photo, they headed for the park.  I heard later there were several arrests. 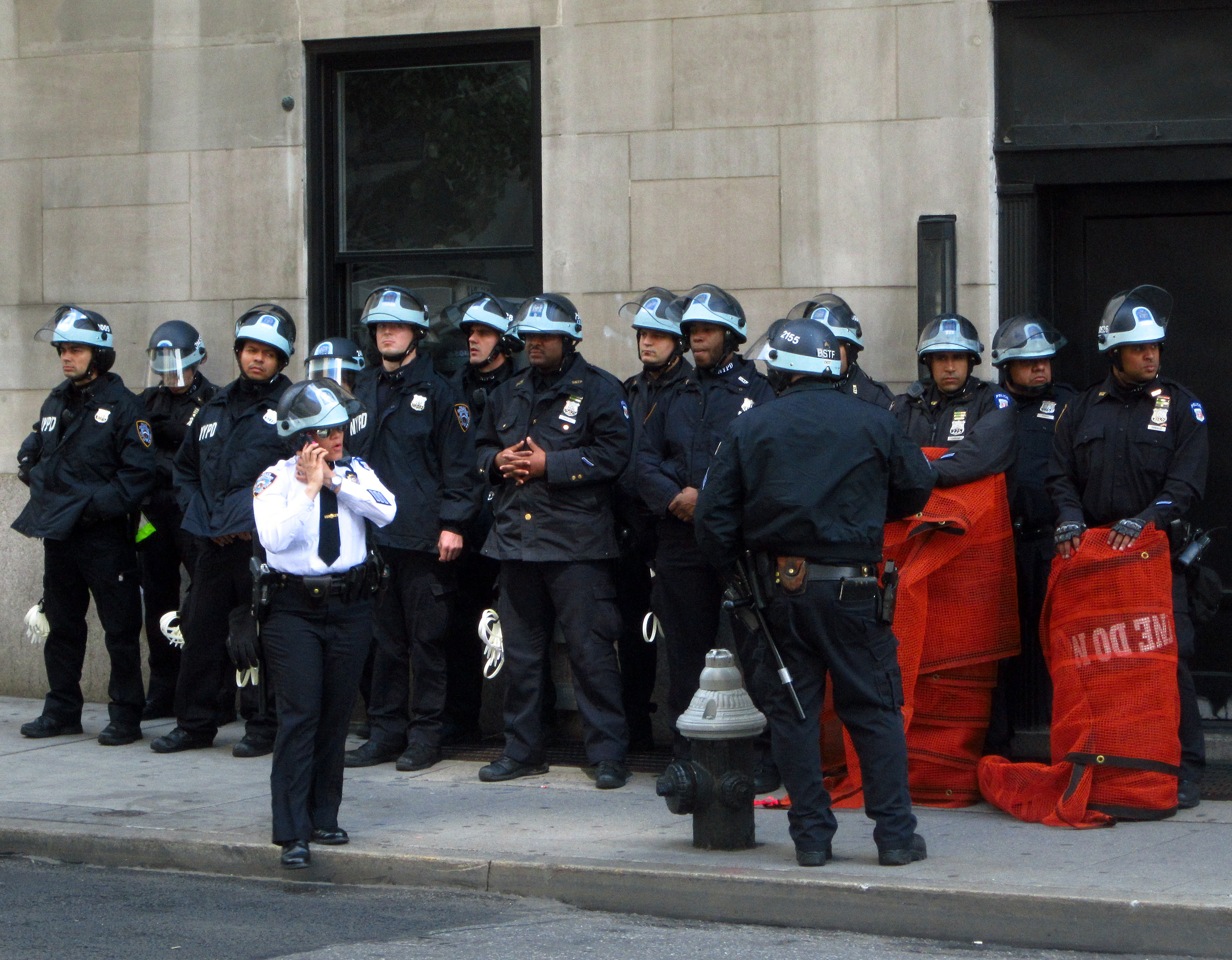 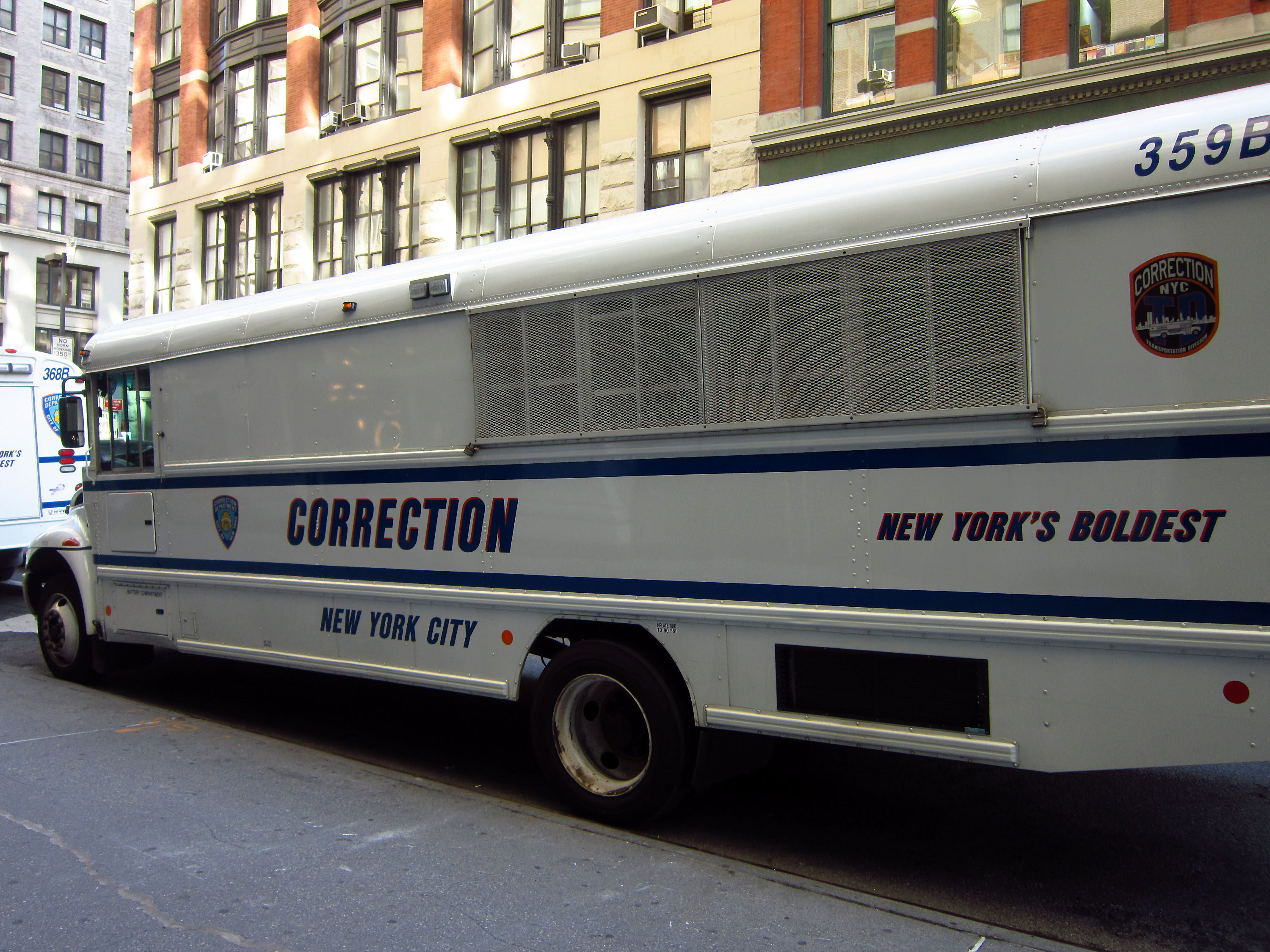