It's been three weeks since I've seen Dora the hawk, and I was beginning to worry.  I've heard that female hawks often take some time off after nest duty, so I assumed she was off getting a spa treatment somewhere, but I was getting anxious not knowing where she was.

The last few nights, Christo has been calling at sunset.  He often sits on the local church crosses or the flagpole in the park and cries.  Last night, I heard an answering cry, but couldn't see who made the sound.  Tonight, I can confirm Dora is back in the 'hood.

I found the pair sitting atop the cross of the Most Holy Redeemer church on E 3rd Street and Avenue A.  Christo is on top.  I knew it was him because of his shape, light head color, and a distinctive tail feather. 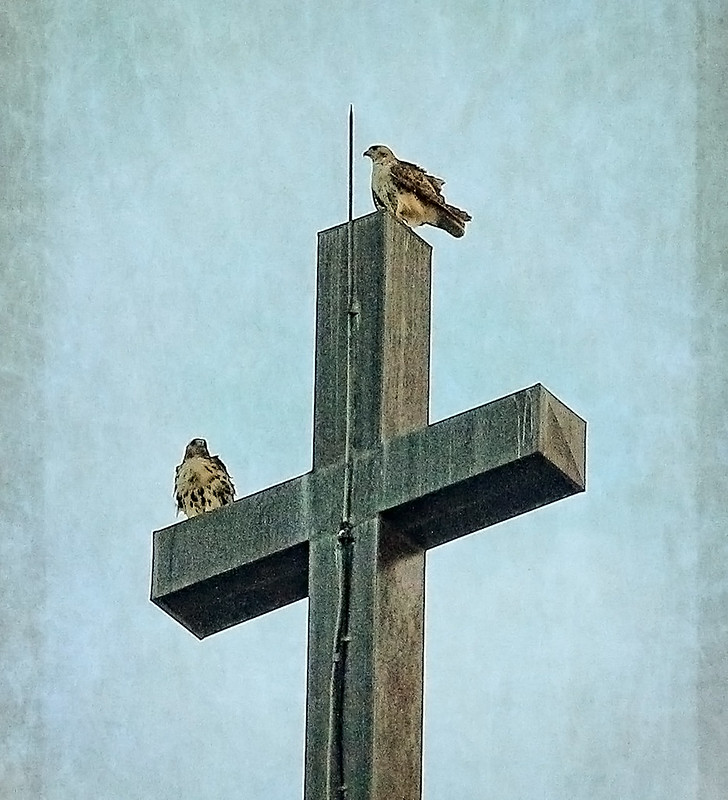 I wasn't quite sure if that was Dora on the left or not, but then she moved and I recognized her shape and face (and her feathers are a bit ratty).  They also sat up there together for almost three hours, which is consistent with their behavior. 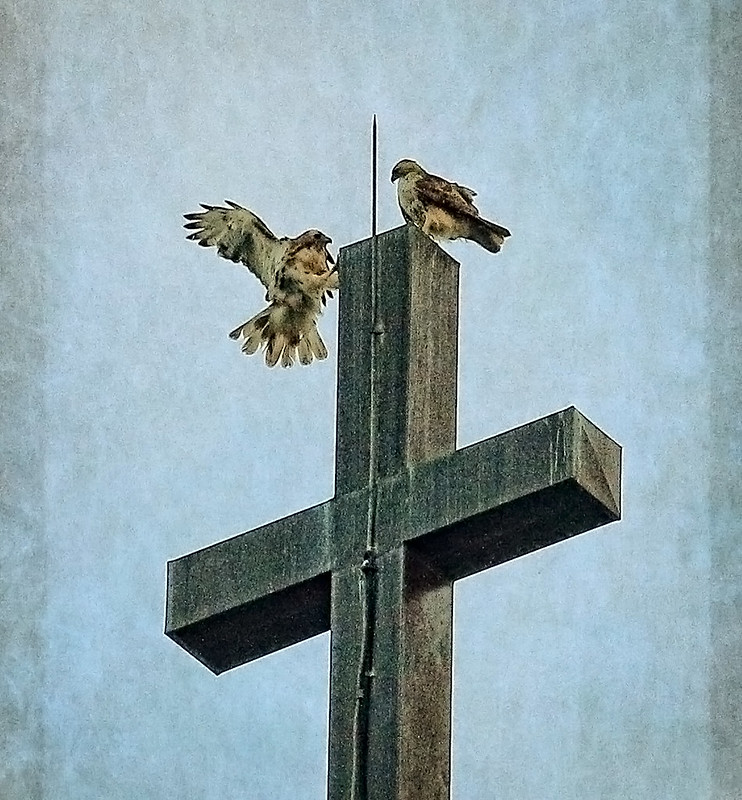 A peck on the cheek? 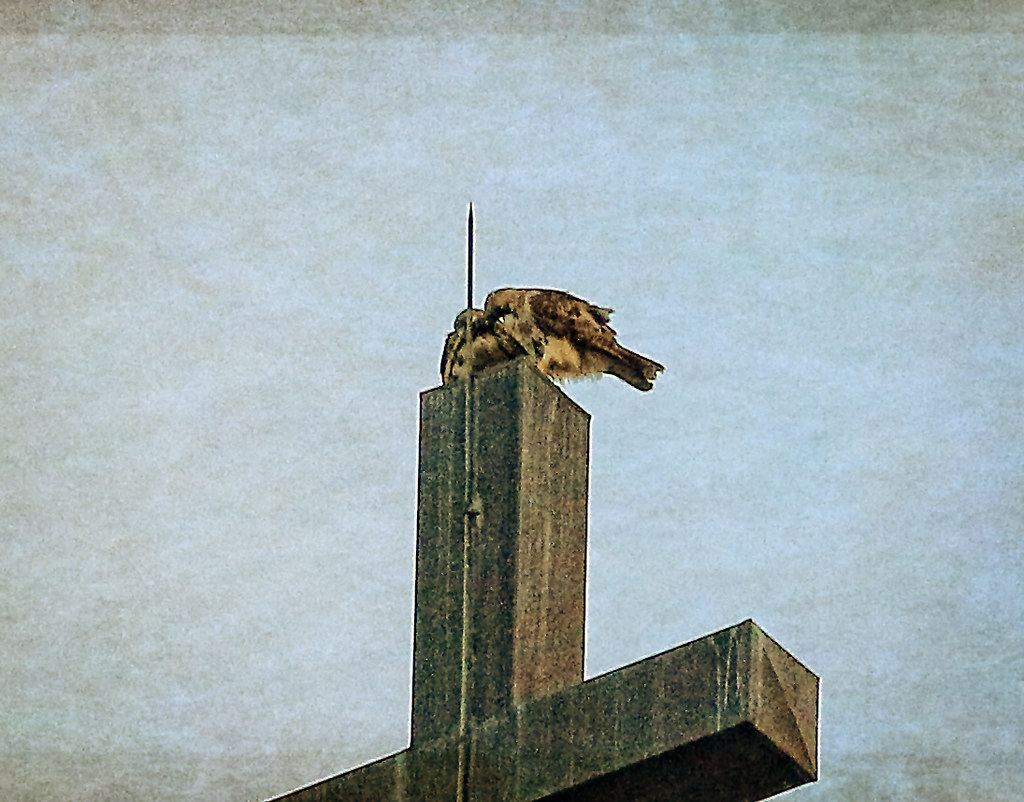 They are a stunning pair. 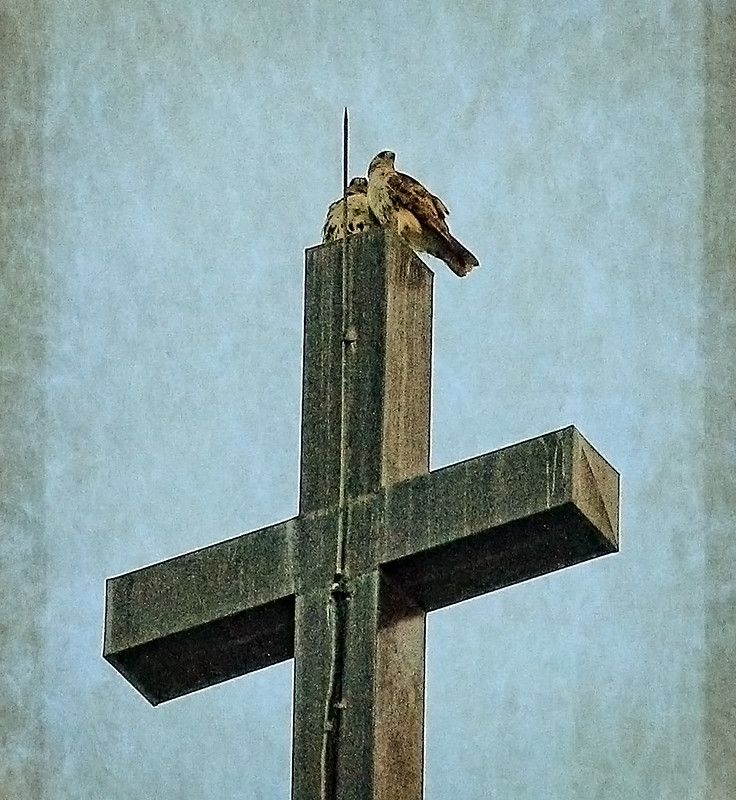 As the sun set, Christo took off sailing over Avenue A and was joined by two juveniles, which I presume are his kids.  That's Christo on the upper left. 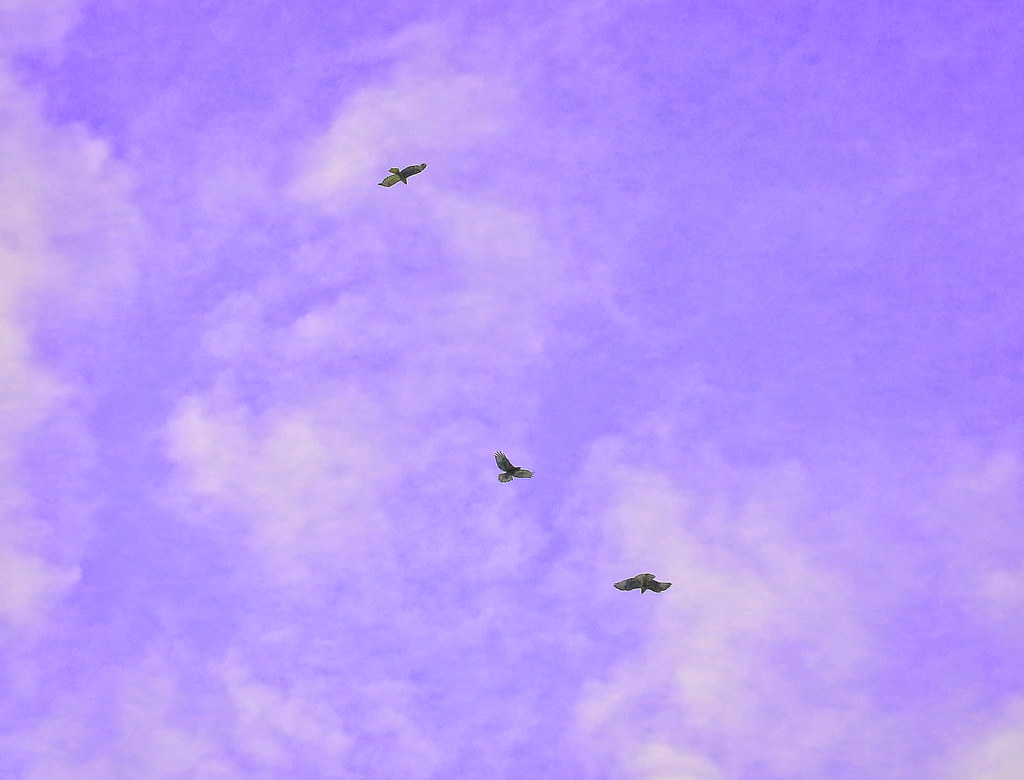 The three flew around and frolicked on the roof of one of the Village View apartment buildings while Dora watched from the cross as the sun went down...

I don't think I ever posted this, but it's one of my favorite images of Dora.  This is her clearing out some left-overs from the nest. 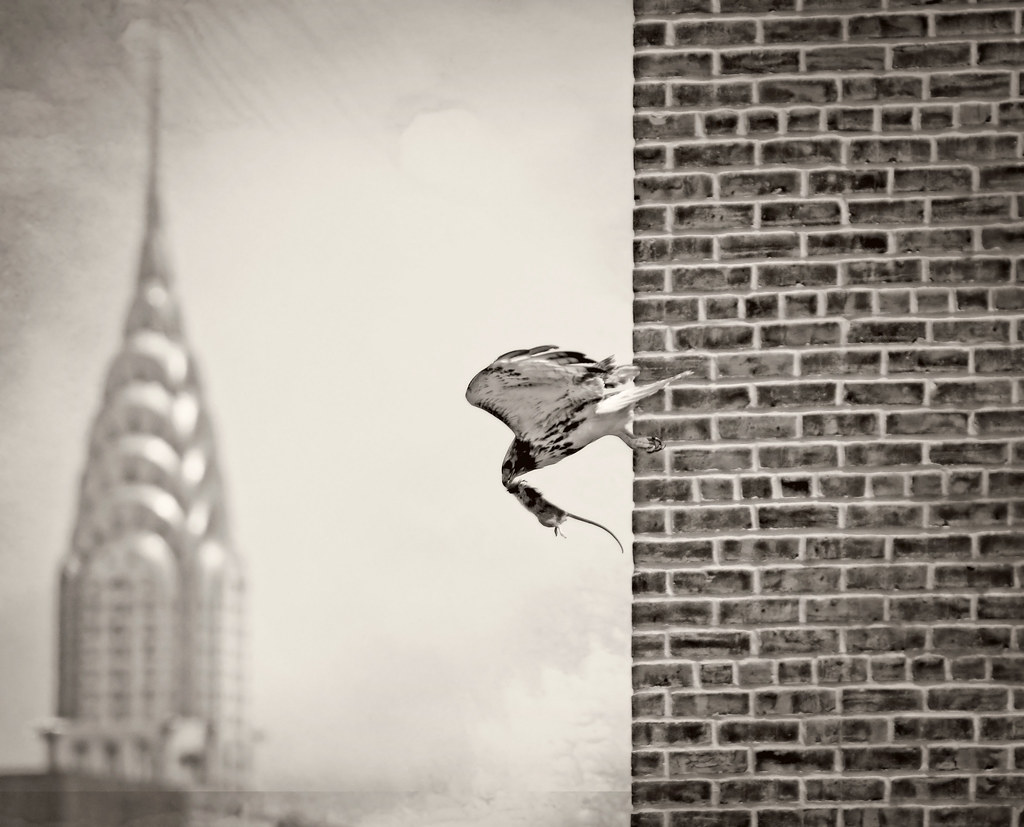