The Tompkins Square hawks continue to have fun in the park.  I love seeing them buzz by people's heads and pounce on unsuspecting sticks. 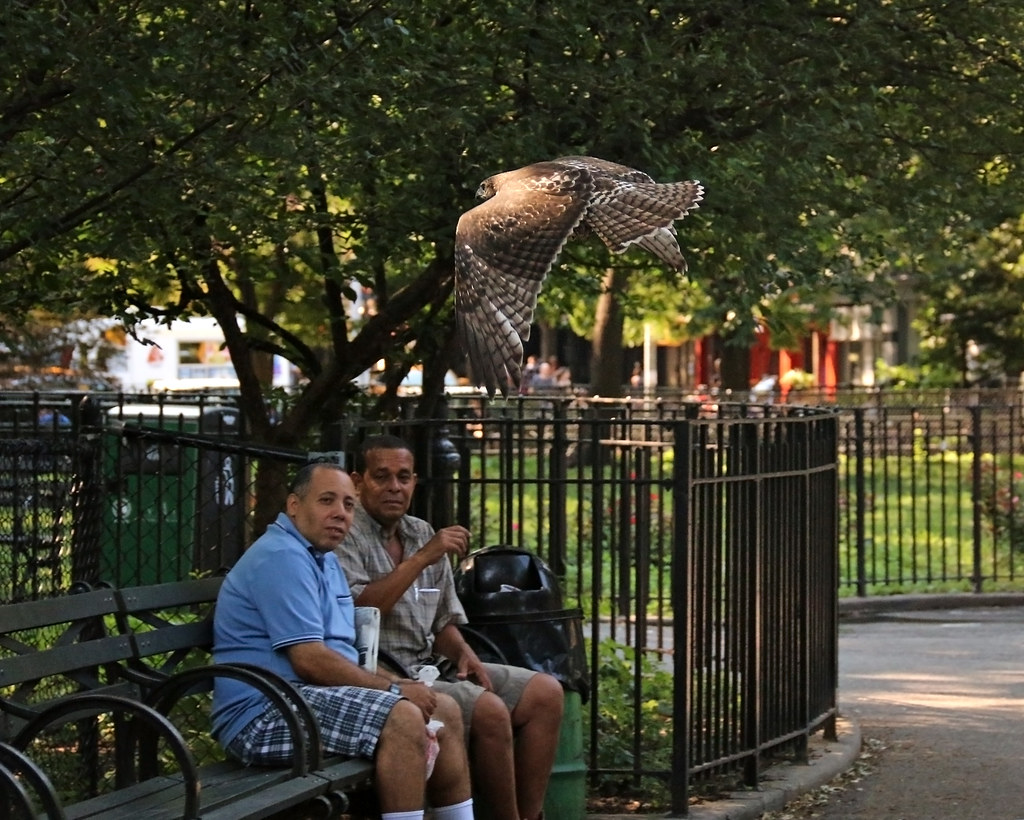 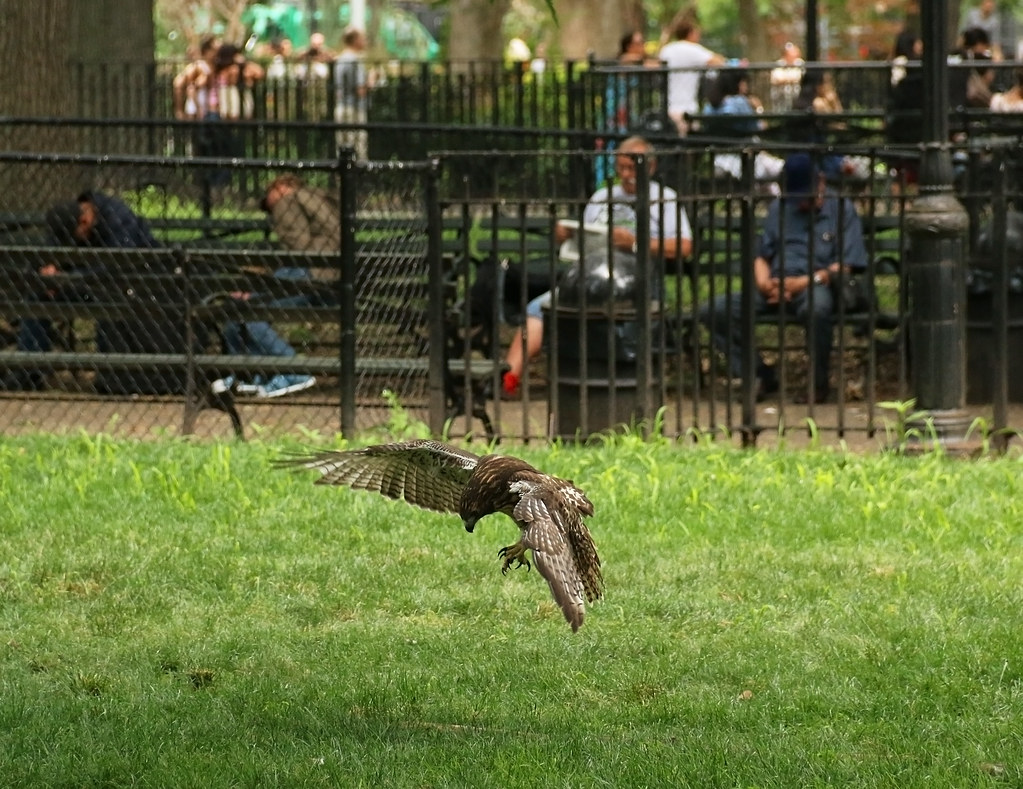 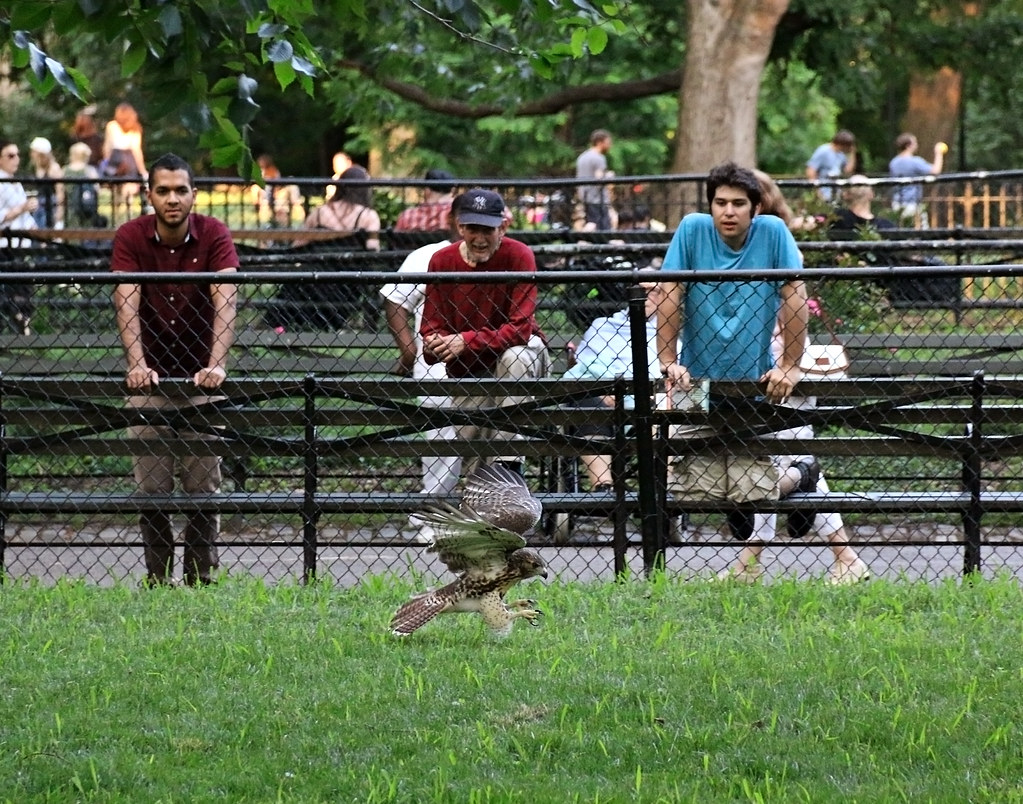 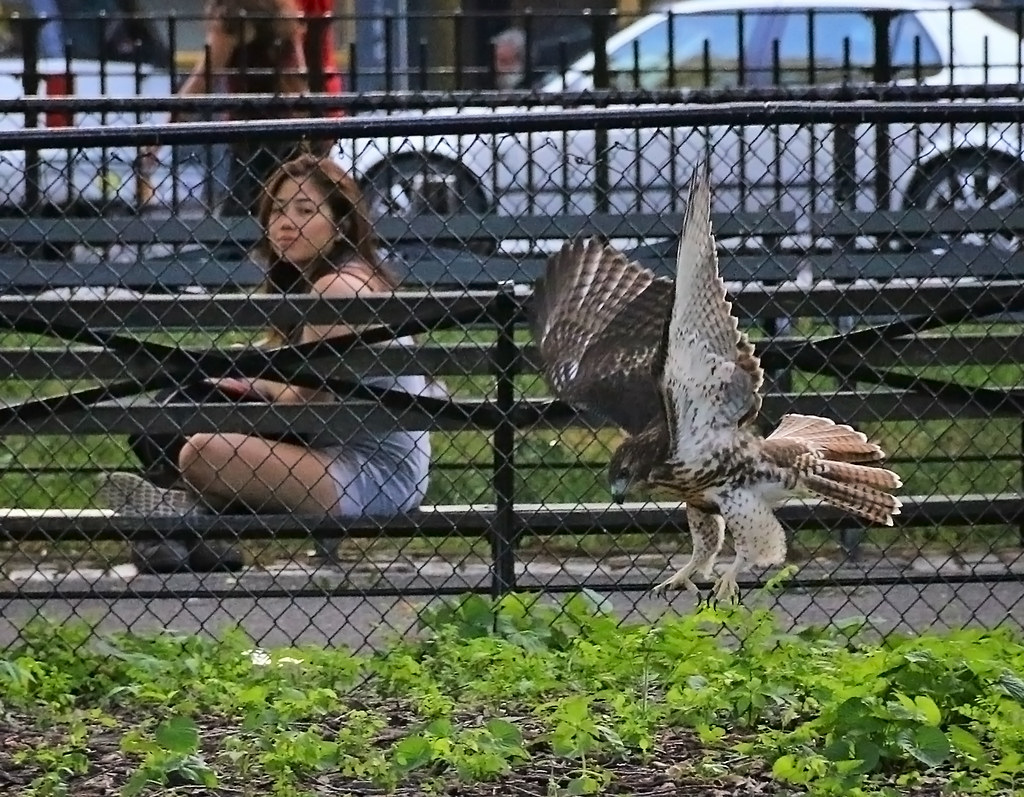 All three fledglings look to be doing well.  Dad Christo continues to feed them, but they're practicing their hunting skills by chasing anything that moves (as well as things that don't).

I haven't seen Dora since the last fledge on July 2, but Roger Paw caught her back up on the nest on July 5.  From what I understand, it's not unusual for the female to take a vacation after the fledglings leave the nest, so I'm not too worried.

Meanwhile, Christo is taking care of his kids, but is still getting some attitude. I'm not sure if this is the same fledgling who keeps doing this, but here again Christo (left) gets knocked off the flagpole by a rambunctious juvenile. 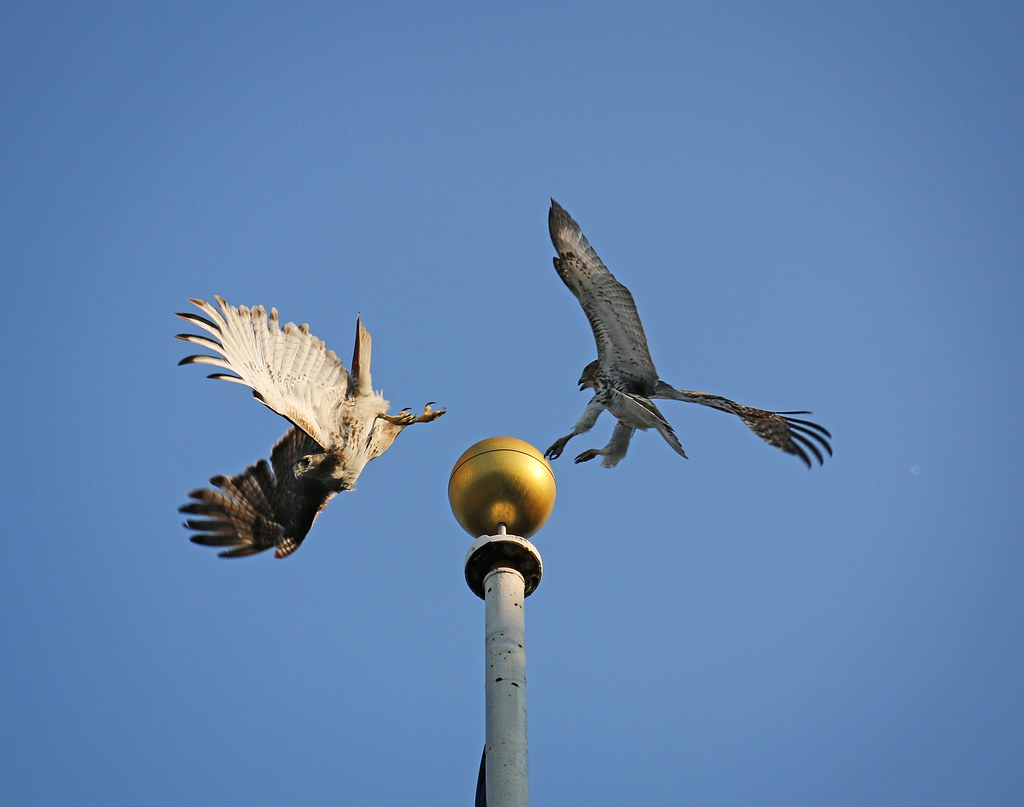 Funny, because at the same time a short distance away, this was going on....similar behavior? 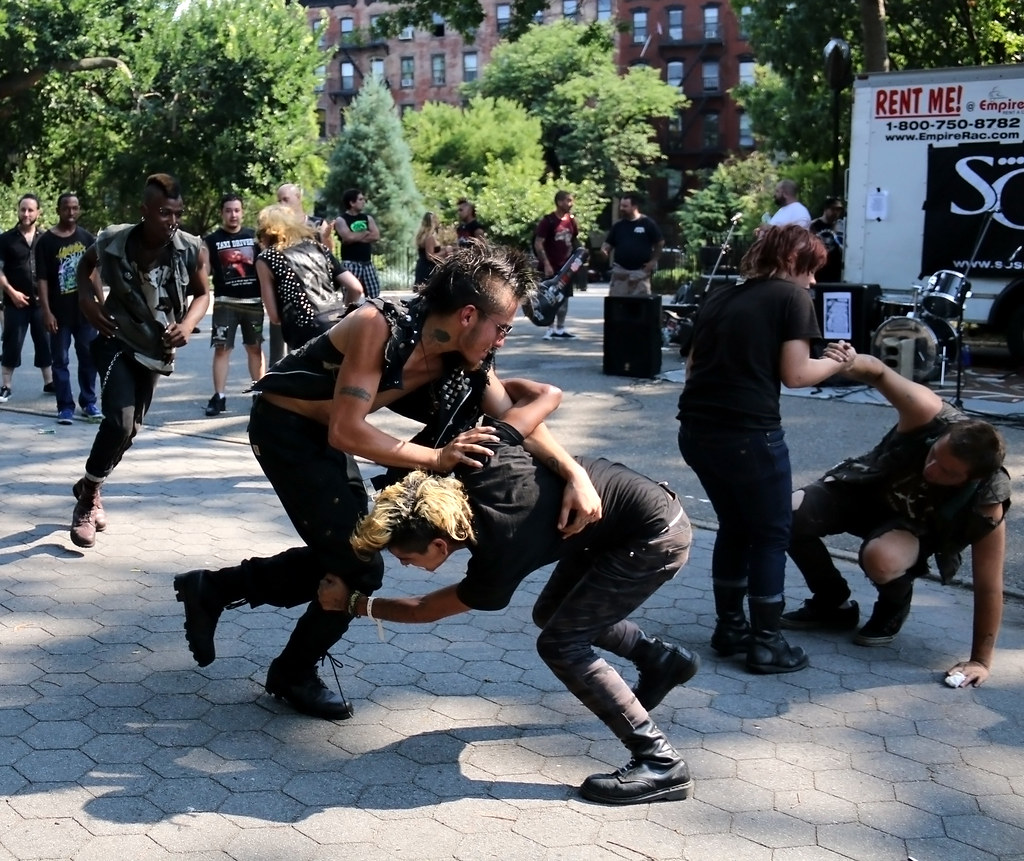 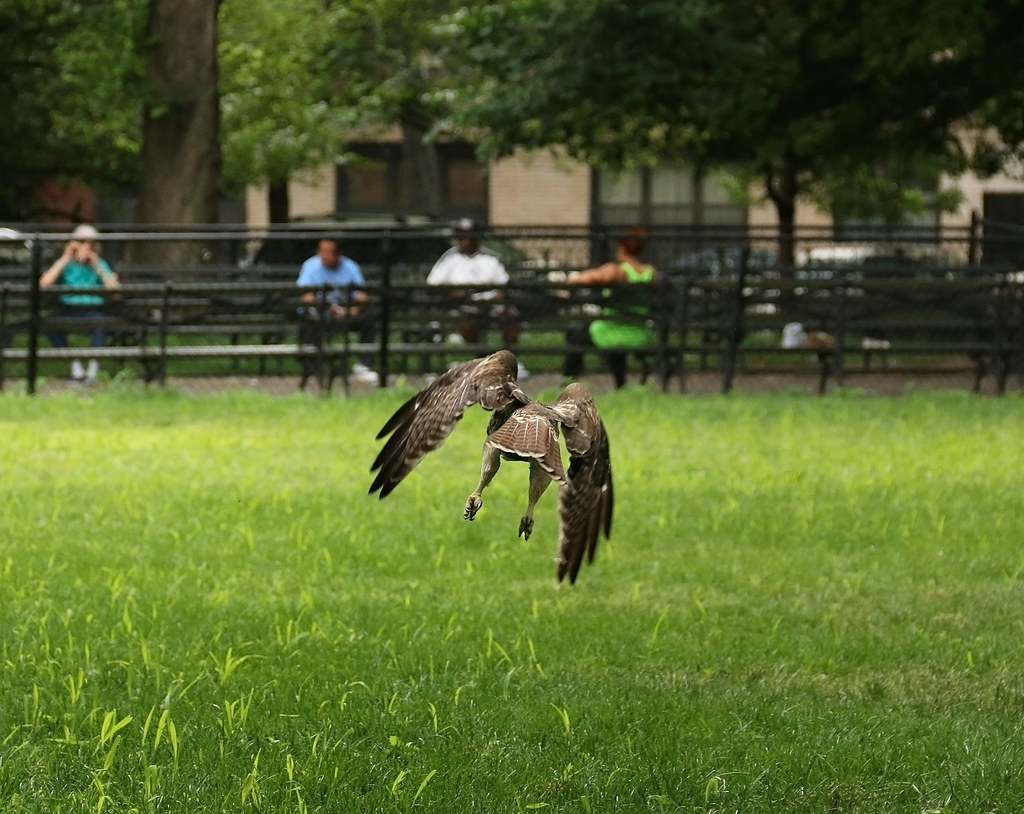