Hawk #3 has left the building

After a prolonged wait, Tompkins Square Hawk #3 fledged the nest around 10am this morning (July 2).  Now all three fledglings are out and about around the park.

These shots of #3 were taken this previous weekend: 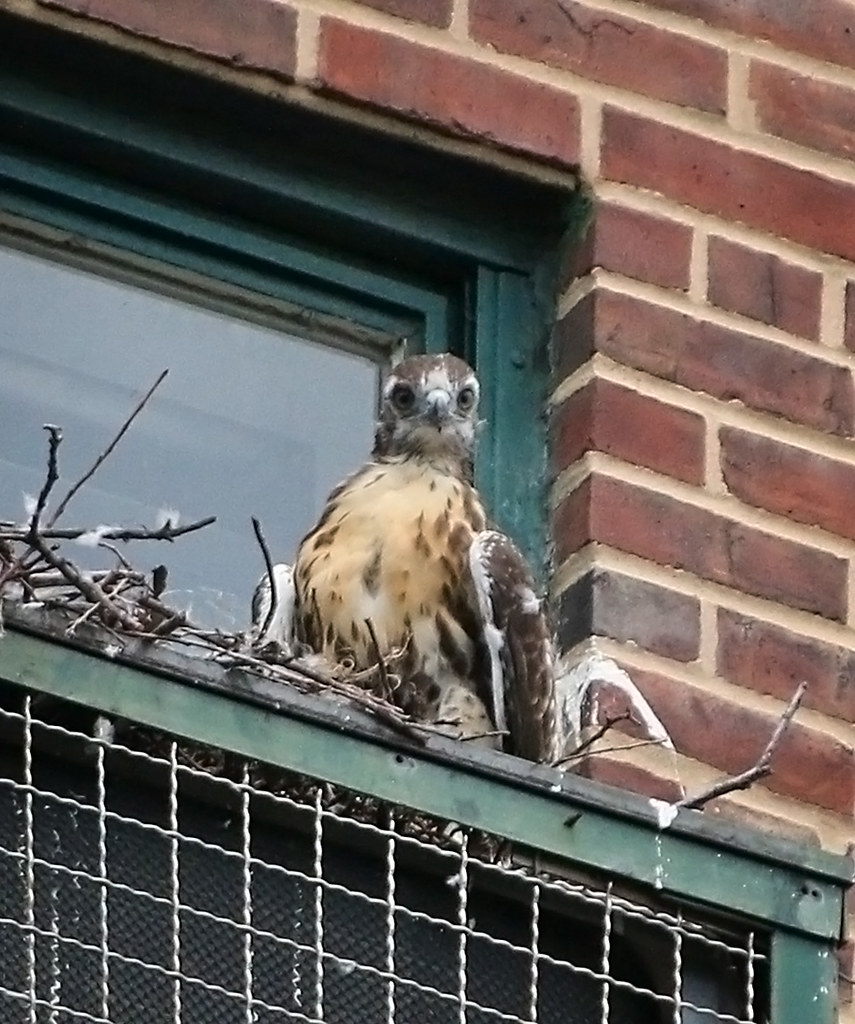 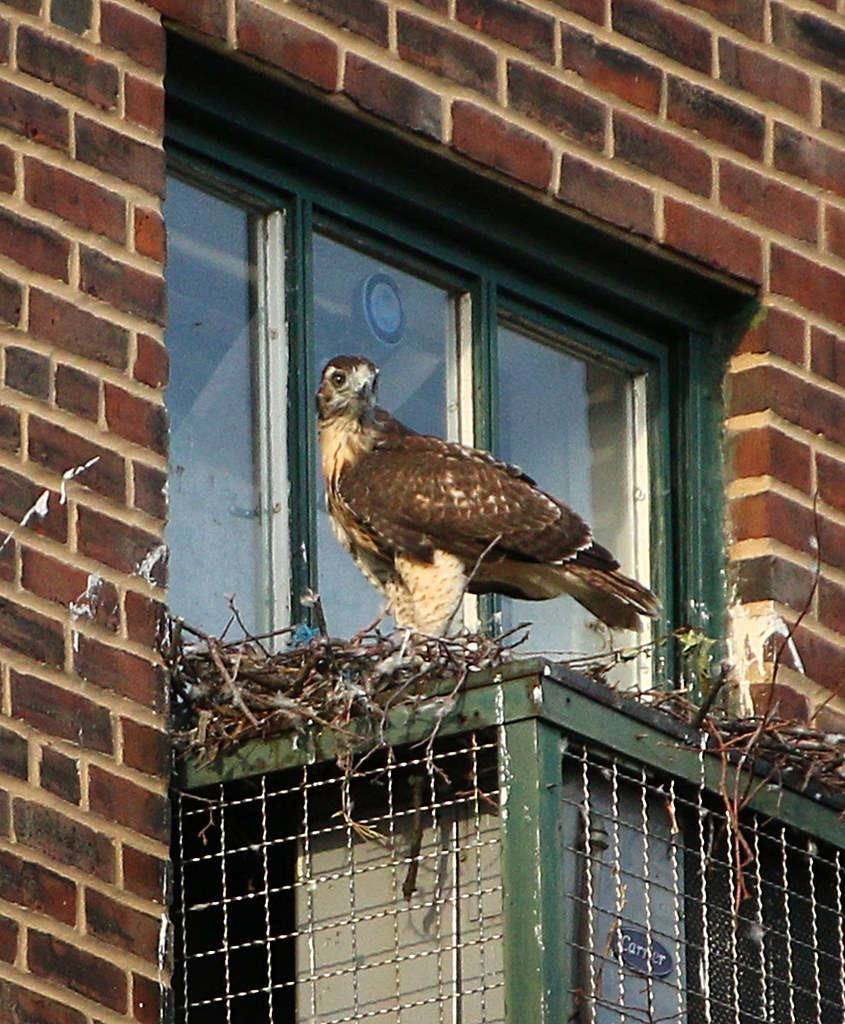 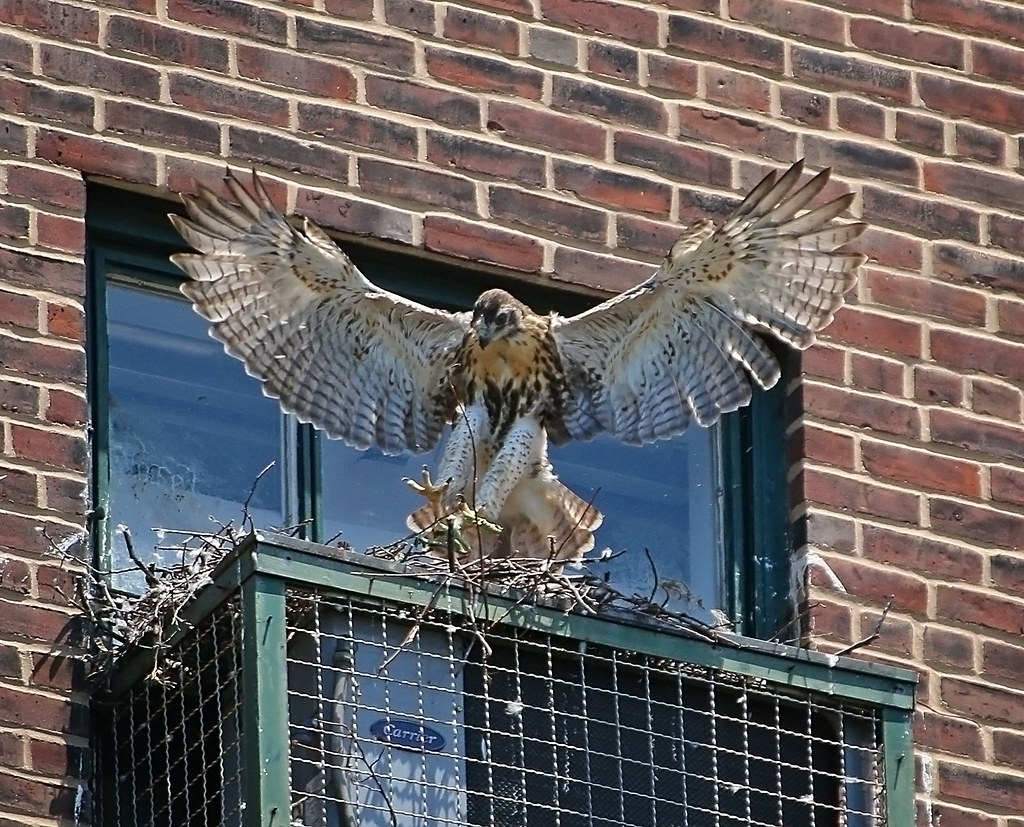 I joined a couple of dedicated hawk watchers late this afternoon to search for the bird just as a thunderstorm rolled in.  We located it on a rooftop on E 8th Street as it was being bombed by a robin.  Despite the thunder, lightning and heavy downpour, the fledgling stayed in place up on the ledge.


To recap the last several months, here's the info I've collected for these hawks:

January 2014 - Christo and Dora drive out the juvenile hawks, who had been wintering in the park, and claim the territory.

February 14 - I first saw Christo gathering sticks in the park.

February 15 - I caught Christo taking a stick up to the air-conditioner on the Christodora.

February 25 - Christo and Dora put on a ahem spectacular mating show atop the Christodora.

May 8 - First chick hatches, and the second also likely hatched later the same day (38-40 days incubation for the first, 36-37 days for the second).


Bonus - here's a shot of one of the older siblings barfing up a pellet in Tompkins Square.  Charming! 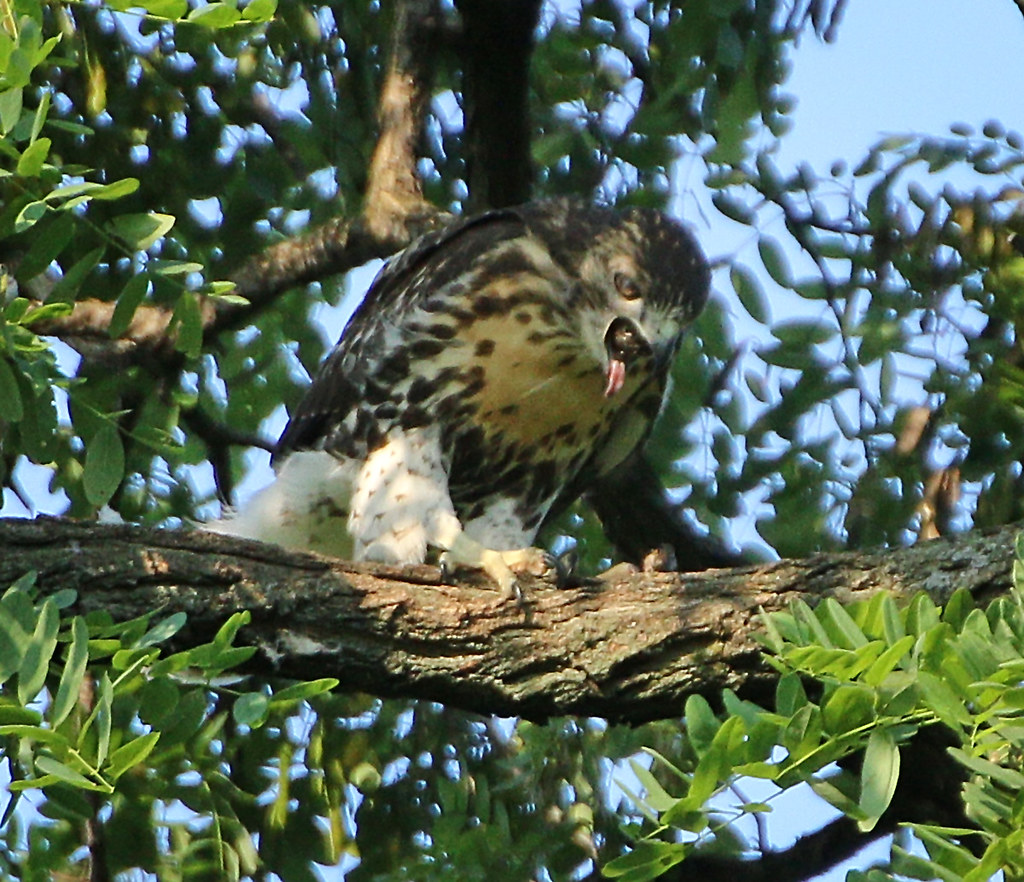