Late Friday, I found one of the Tompkins Square red tail fledglings being mobbed by a couple of raging blue jays on E 7th Street. 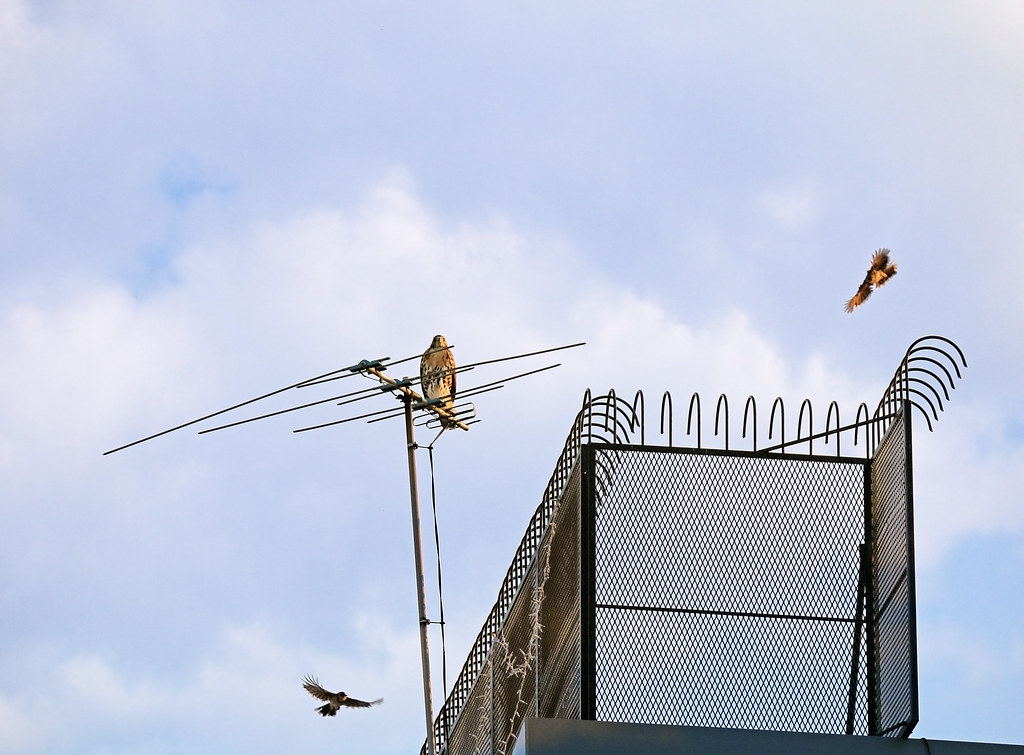 It put up with the harassment for about 20 minutes before taking off towards the park. 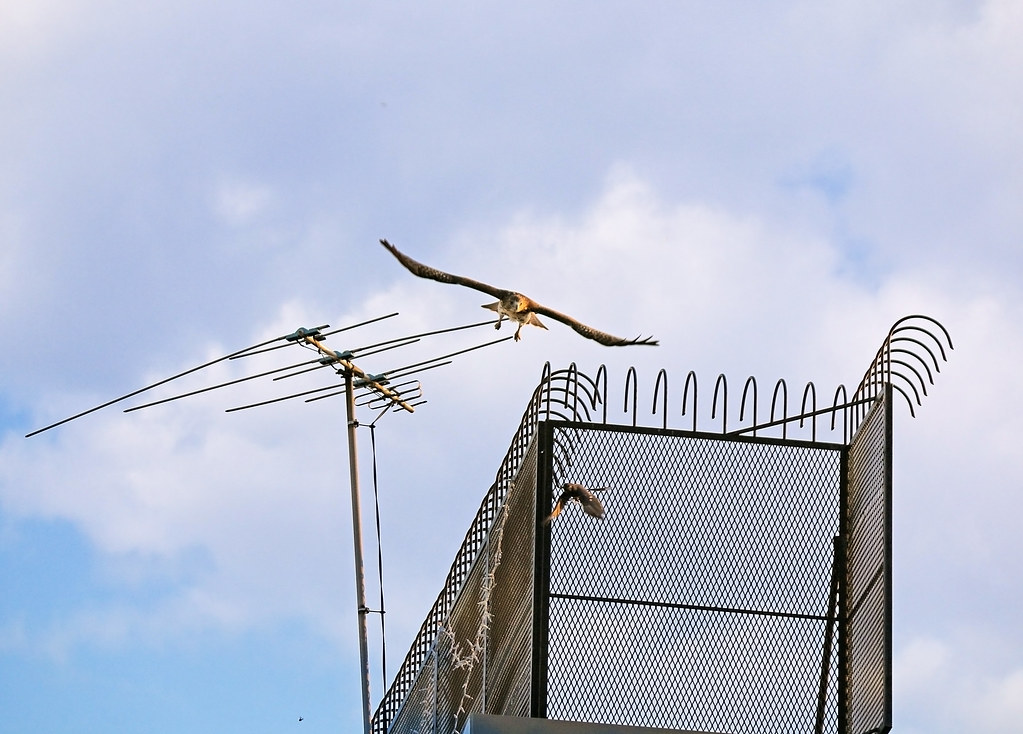 The blue jay escorted the hawk right off its property... 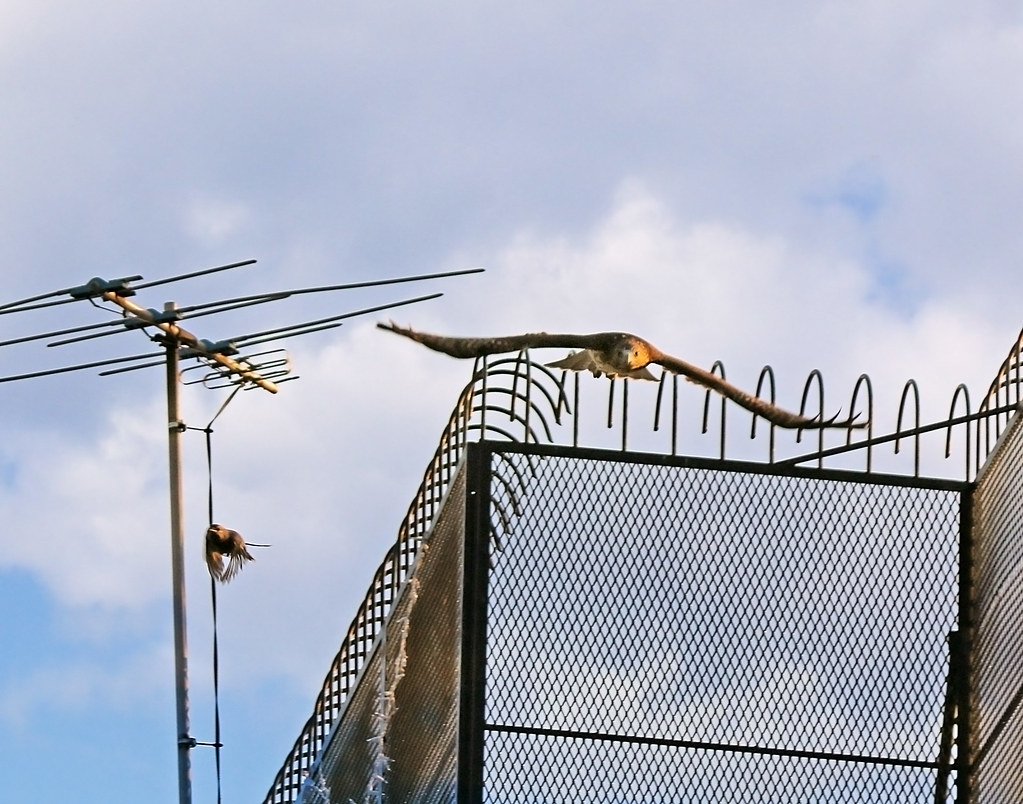 Mom Dora had the same problem with a mockingbird a couple of weeks ago on E 9th Street.  Nobody (no birdie?) wants a hawk hanging out on their turf... 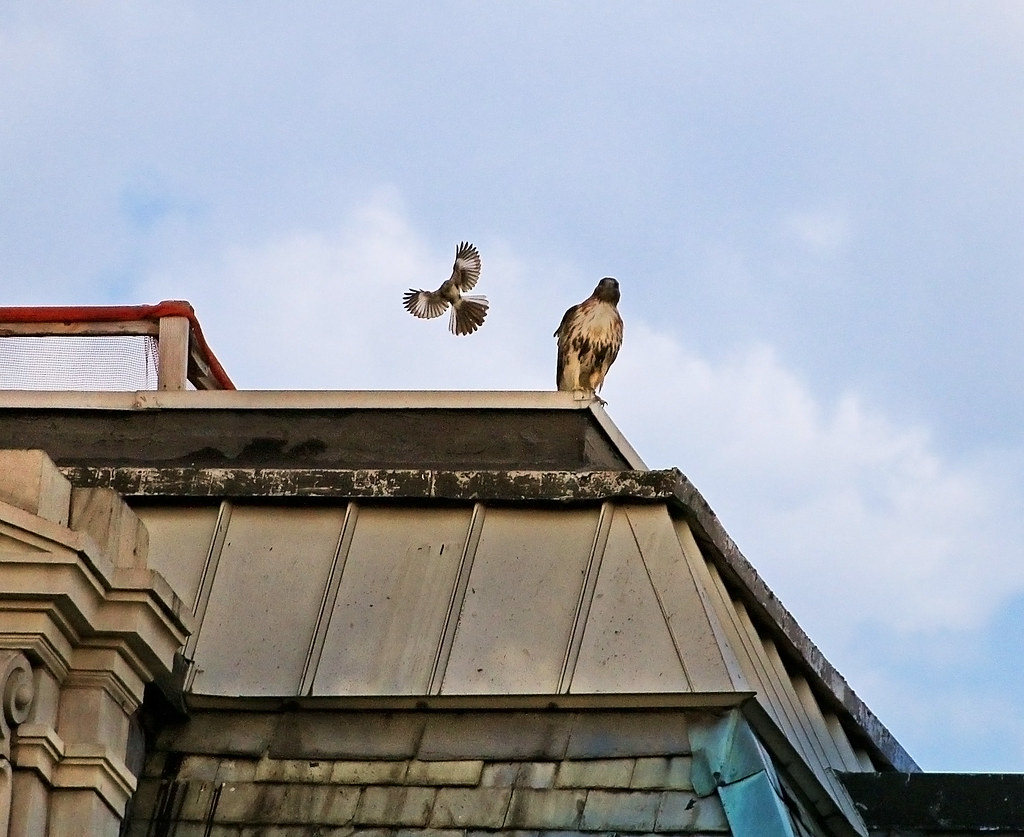 Once out of reach of the jays, the fledgling took its aggression out on dad Christo, who was sitting on top of the flag pole near the park offices. 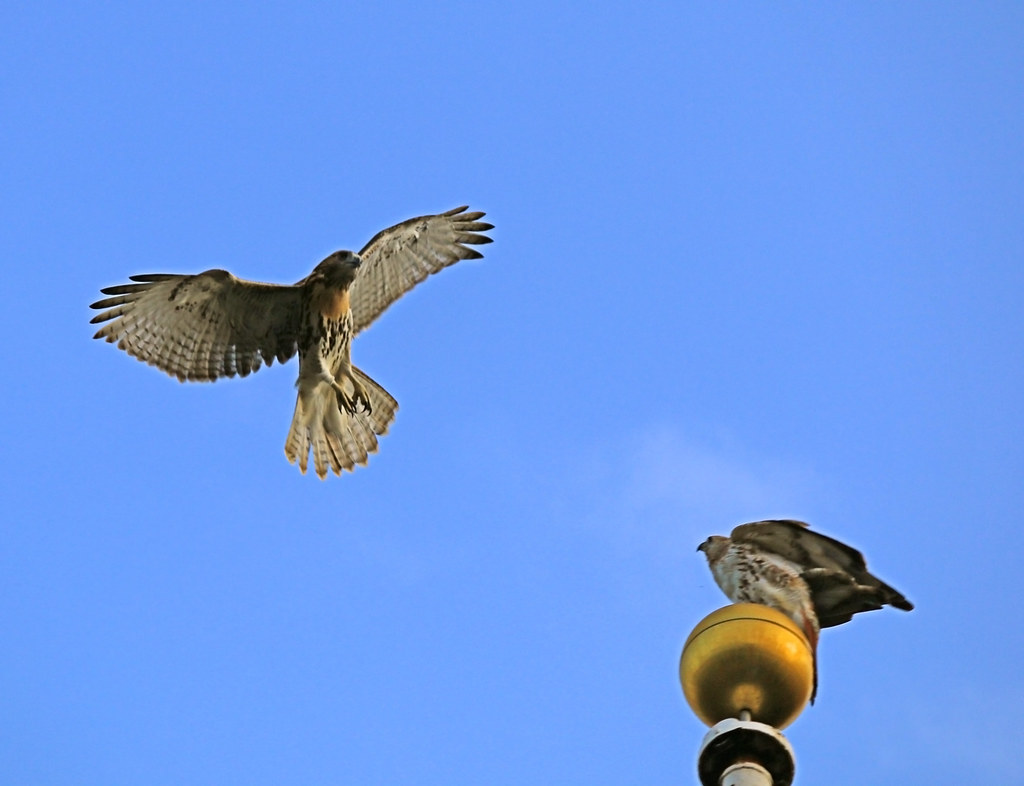 It cried, which made me think it was demanding dinner. 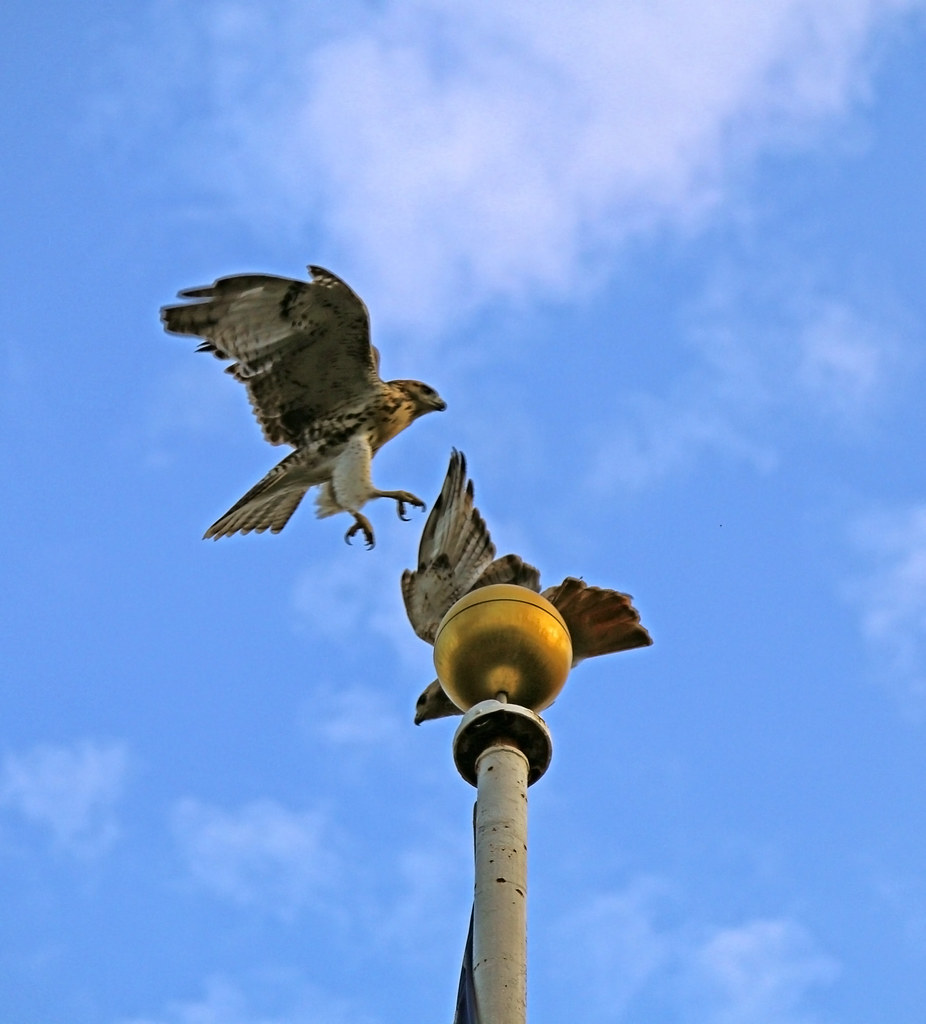 I'm not sure if this is the same chick, but this attitude is really familiar. 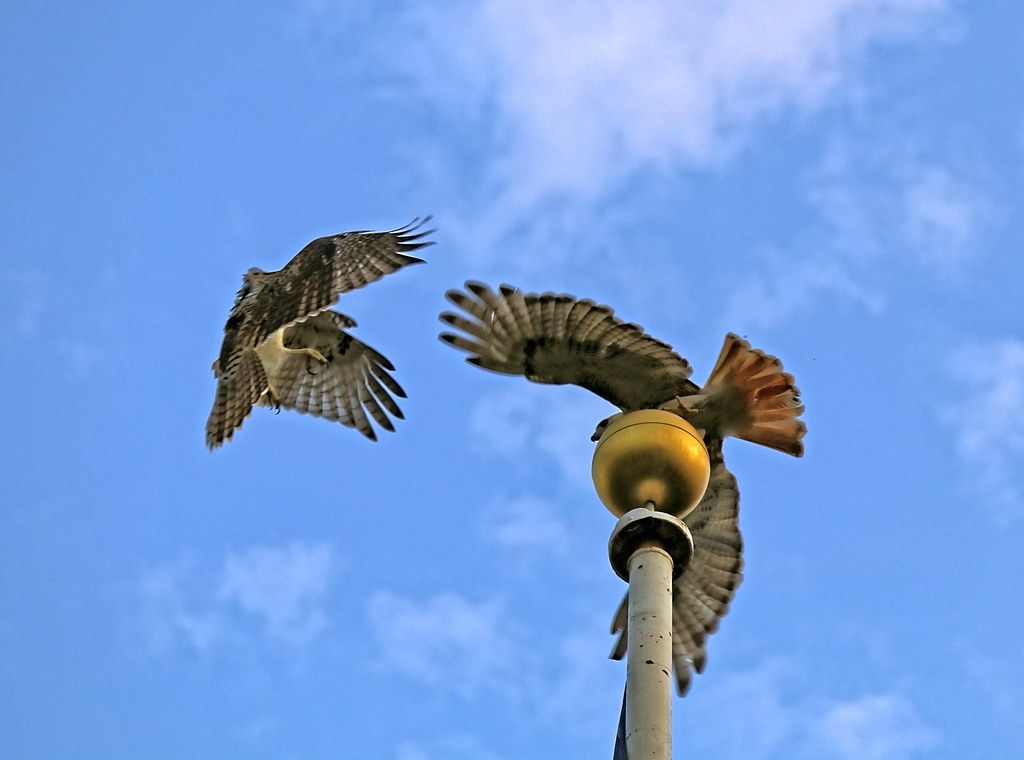 While the kid flew around the park crying, Christo calmly pledged allegiance to the flag [kidding], then resumed his hunting... 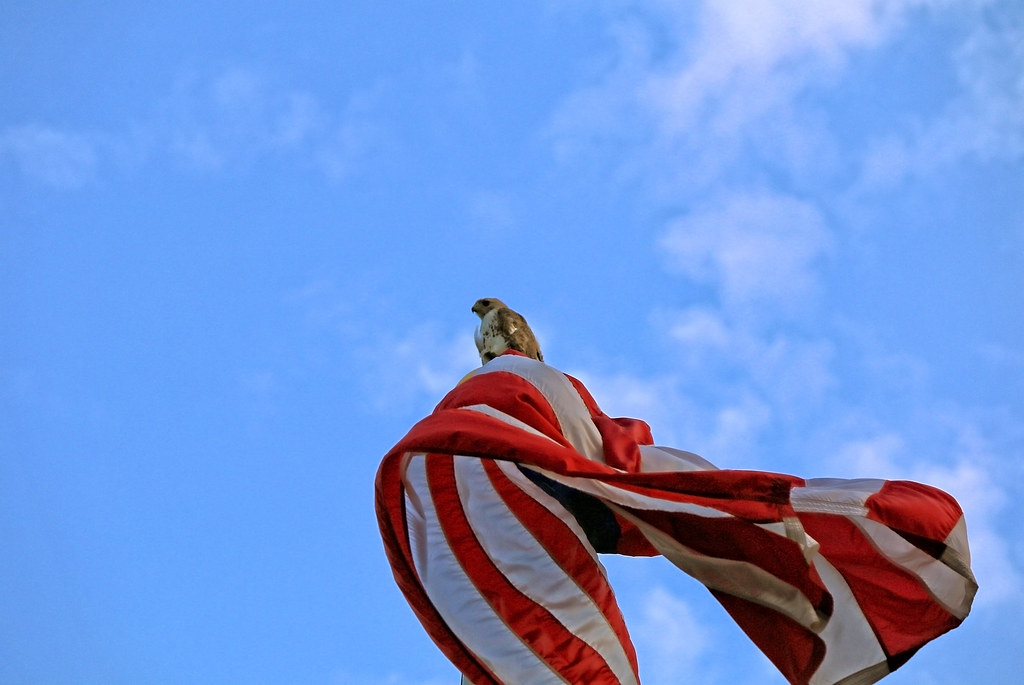 Previously.
Posted by Laura Goggin Photography at 12:00 AM