It seems each day I go to Tompkins Square, there's more hawk activity than the last.

Here's Christo getting his afternoon dose of bullying from a blue jay. 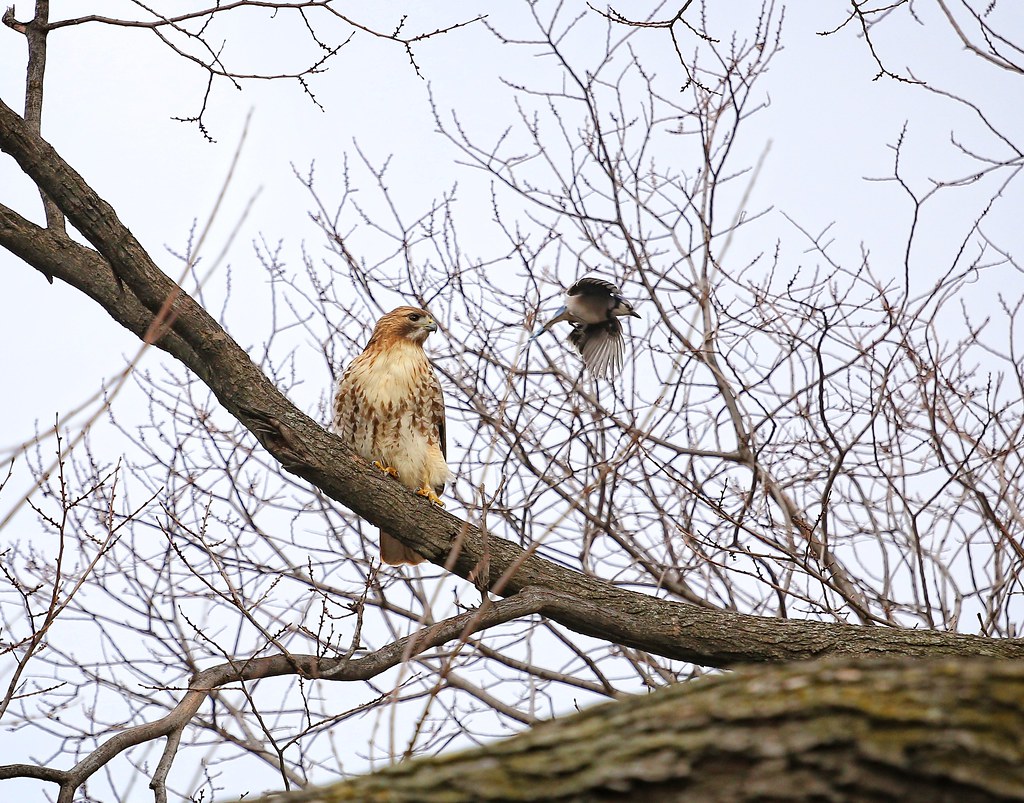 Meanwhile, Dora perches in her favorite tree along Avenue A at St Mark's. 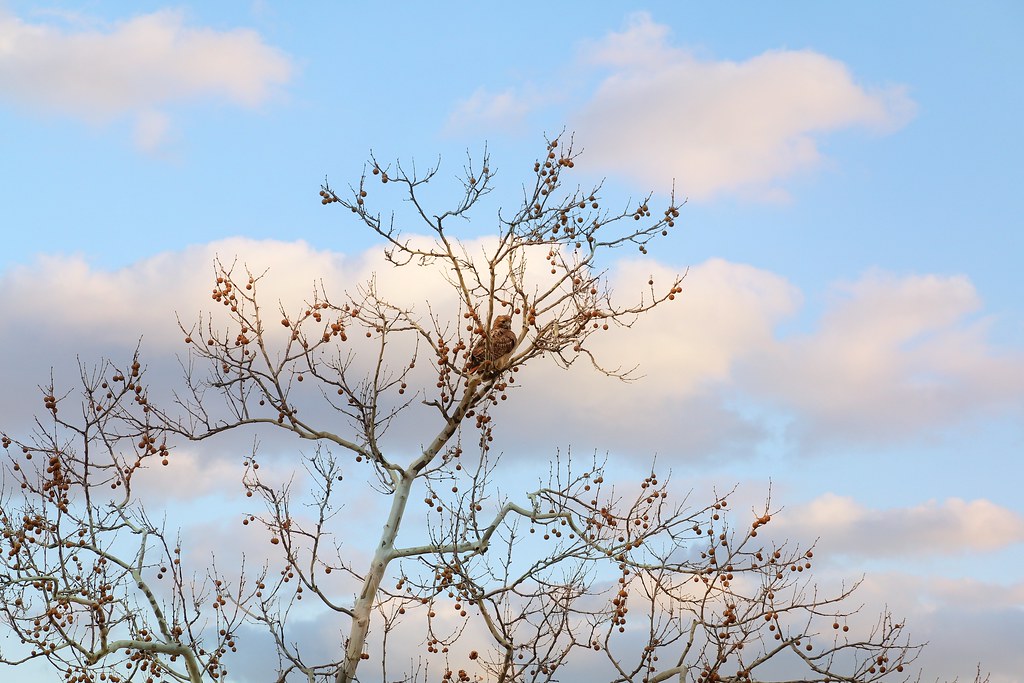 She was a busy bee this day, flying all around the park and up and down 9th Street. 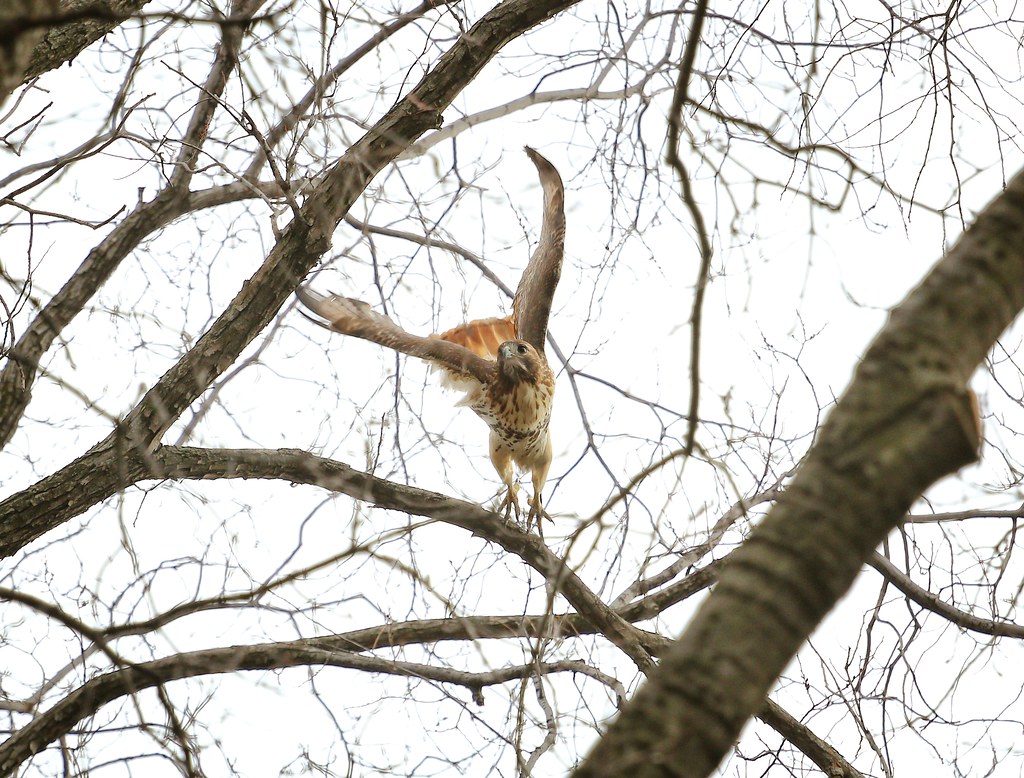 This is the first stick-gathering activity I've seen from him this season and this first stick is a doozy!

In the photo below, you can see he has one end of the stick (branch?) in his talon and the rest of it stretches all the way to the left edge of the photo.  I'm estimating it's about three feet long. 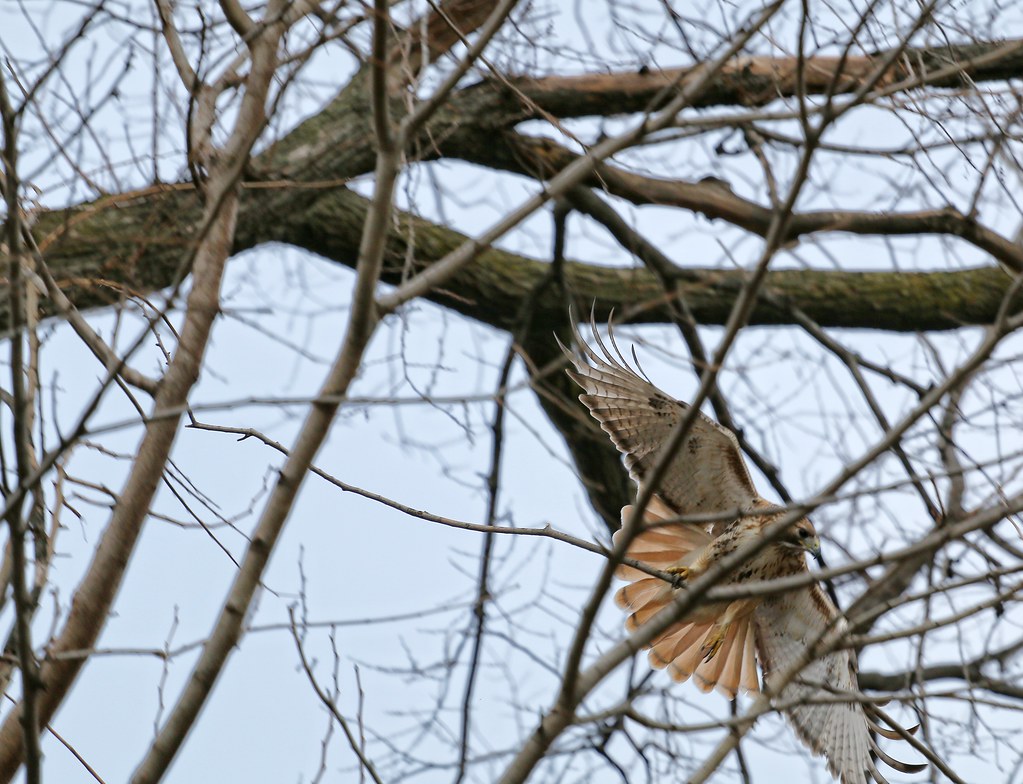 Needless to say, the stick proved too much to handle.  He might have held onto it if it hadn't gotten tangled in the tree, so he wasn't able to carry it far. 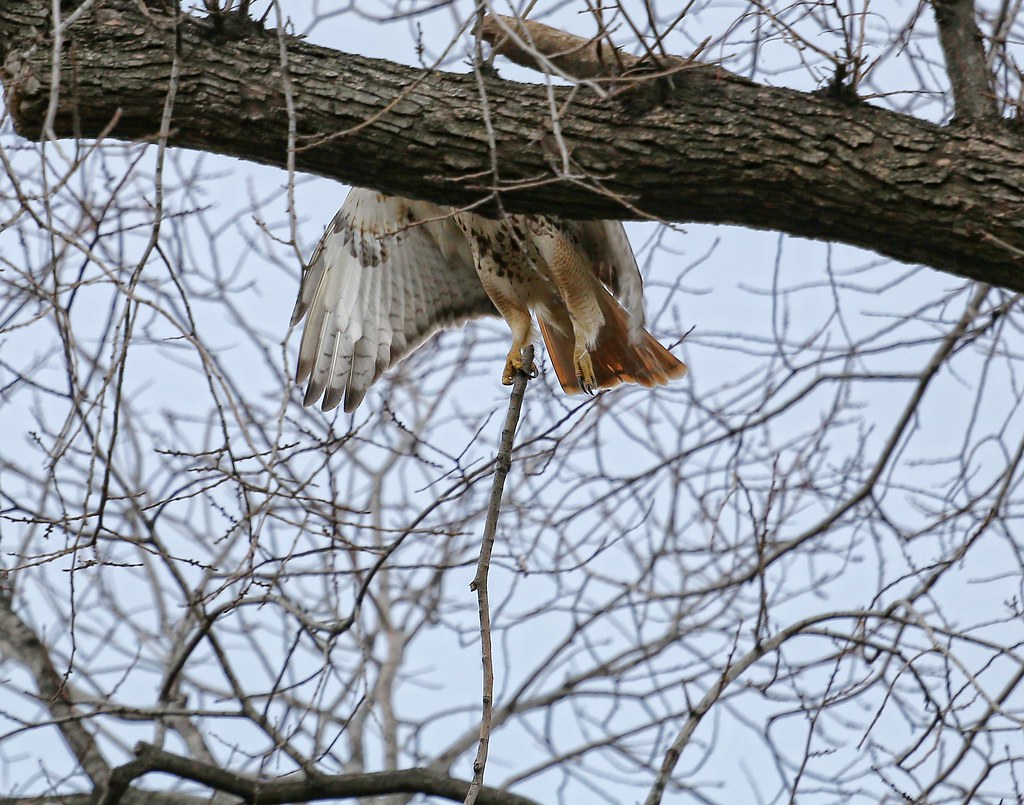 Last year, I first witnessed Christo gathering sticks on February 14, so he's getting an earlier start this year. 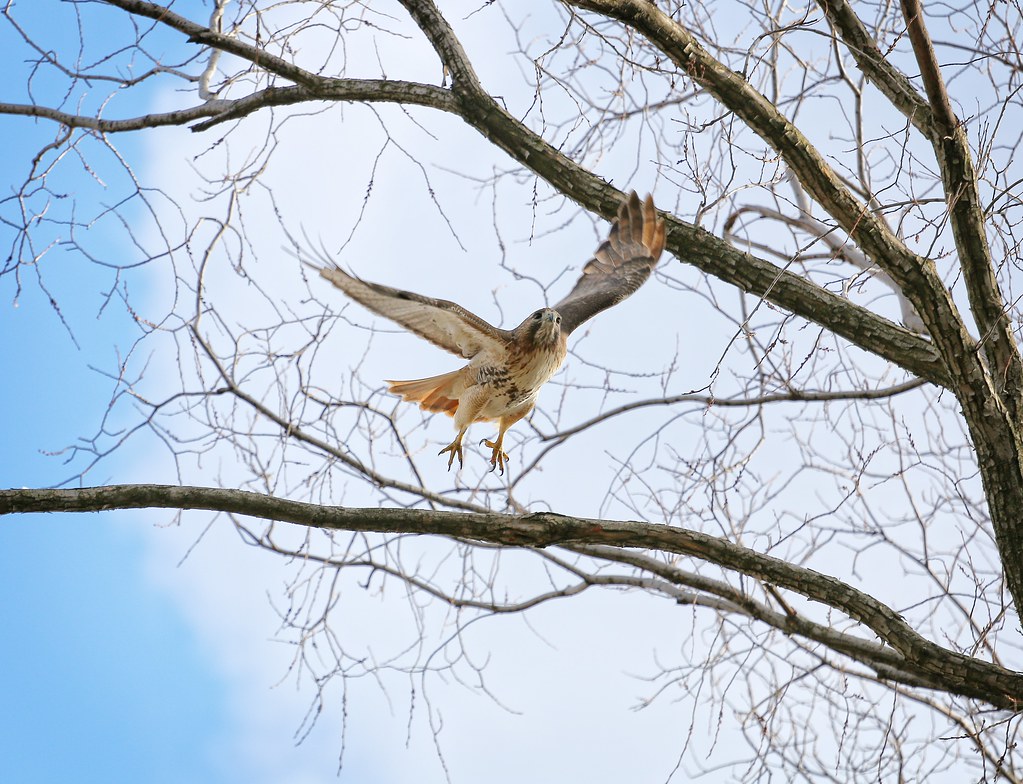 Coming in for a landing... 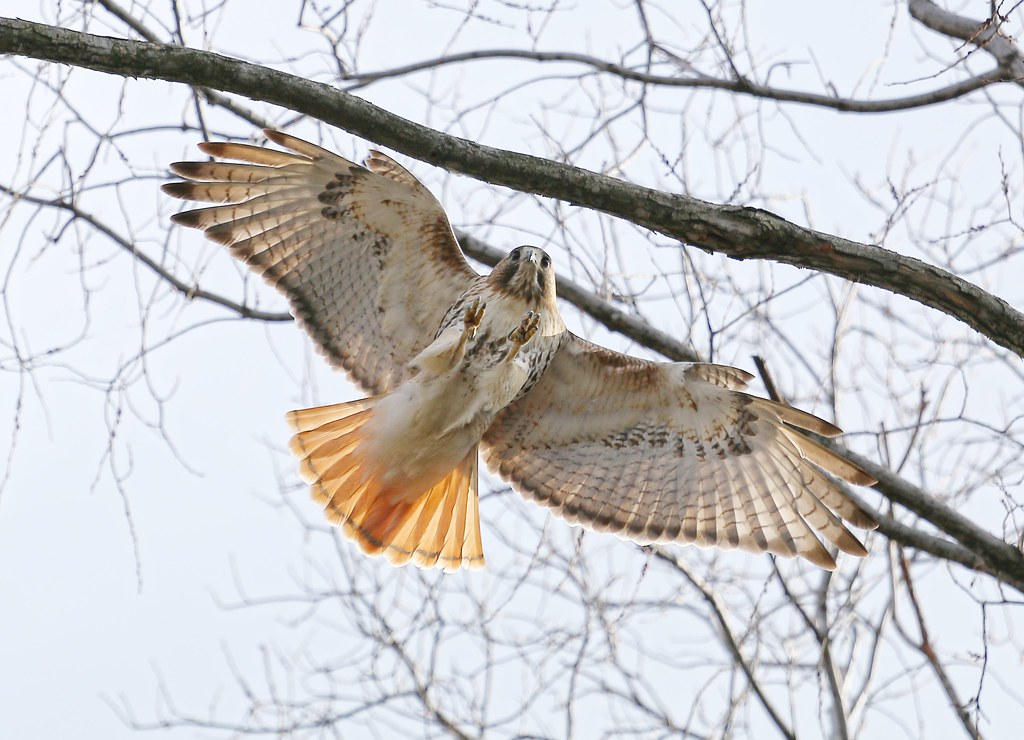 Dora, still on patrol, keeps an eye out from atop the cellphone towers on Avenue A & St Mark's. 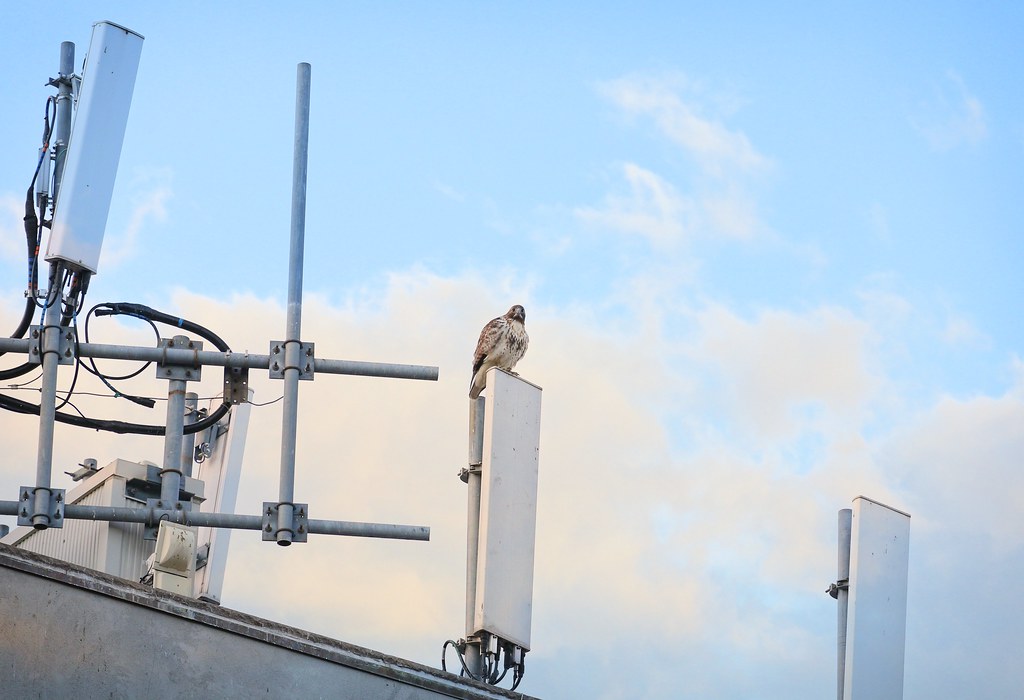 Later, the pair circled high over the Krishna tree area.  Dora is on the left, Christo on the right. 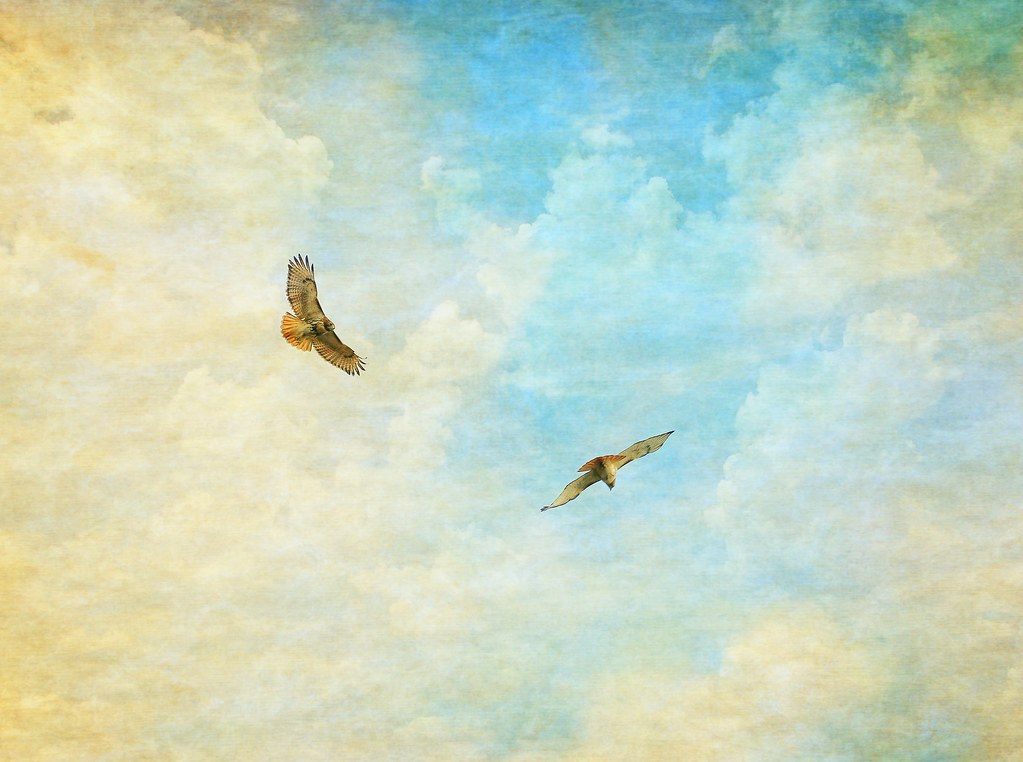 In other hawk news, there's been a lot of activity over at Washington Square Park.  Check out these fantastic images of the resident male Bobby having an argument with a juvenile over at Roger_Paw's blog.