This Cooper's hawk caught a starling in-flight near the central lawn. 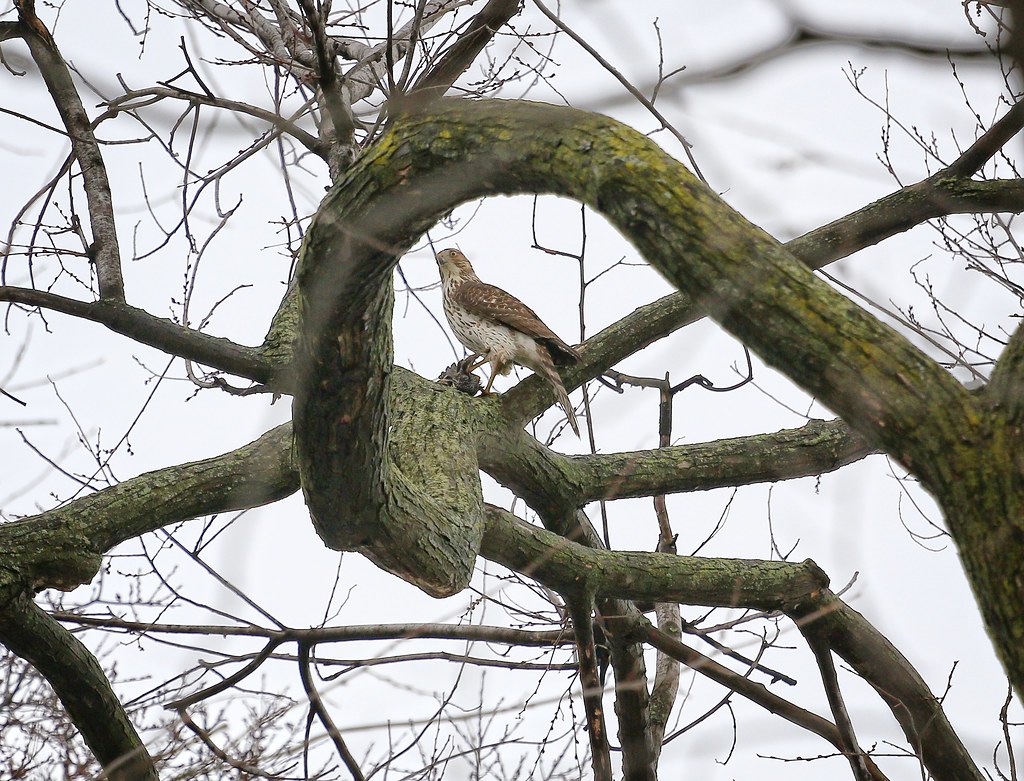 It didn't stay still very long before taking off and heading south.  This was the best I could do as this bird is so fast.  I might start calling it Zipper as it zips around so quickly. 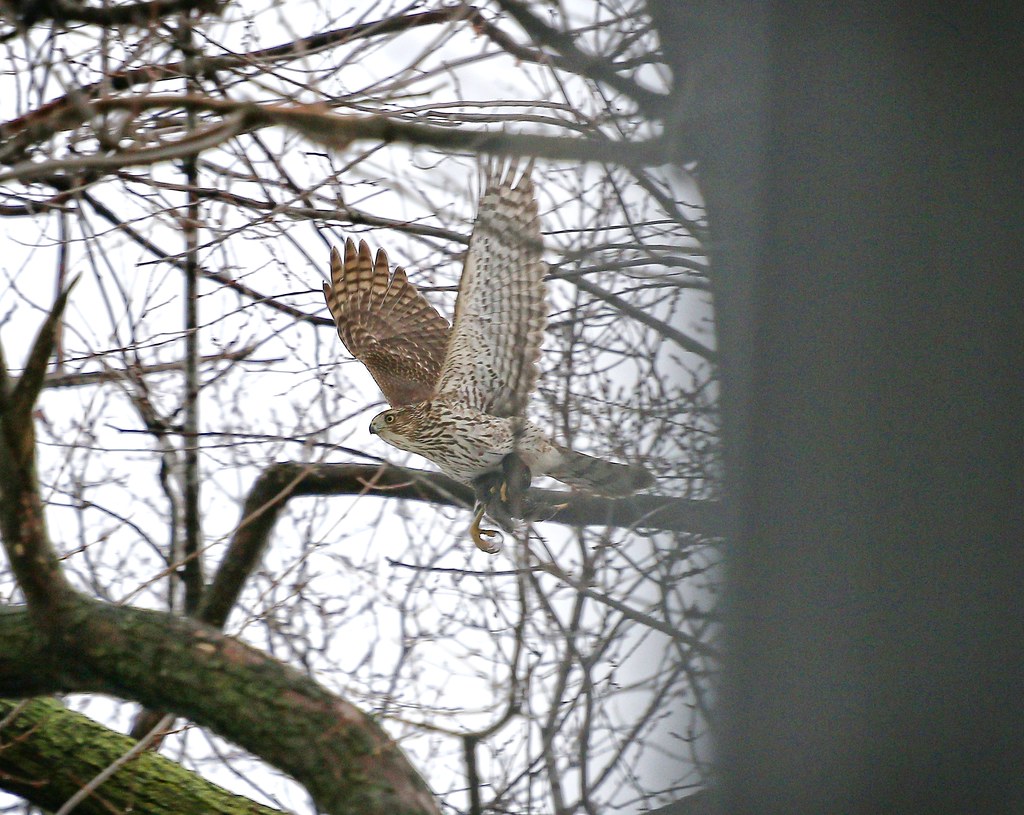 As the Cooper's shot past me, Dora appeared out of nowhere in hot pursuit.  Unfortunately, I missed the next two crucial seconds, so I don't know exactly what happened, but when I caught up with them on 7th Street, the Cooper's hawk was gone and Christo and Dora were on the rooftops.

And Christo had the starling! 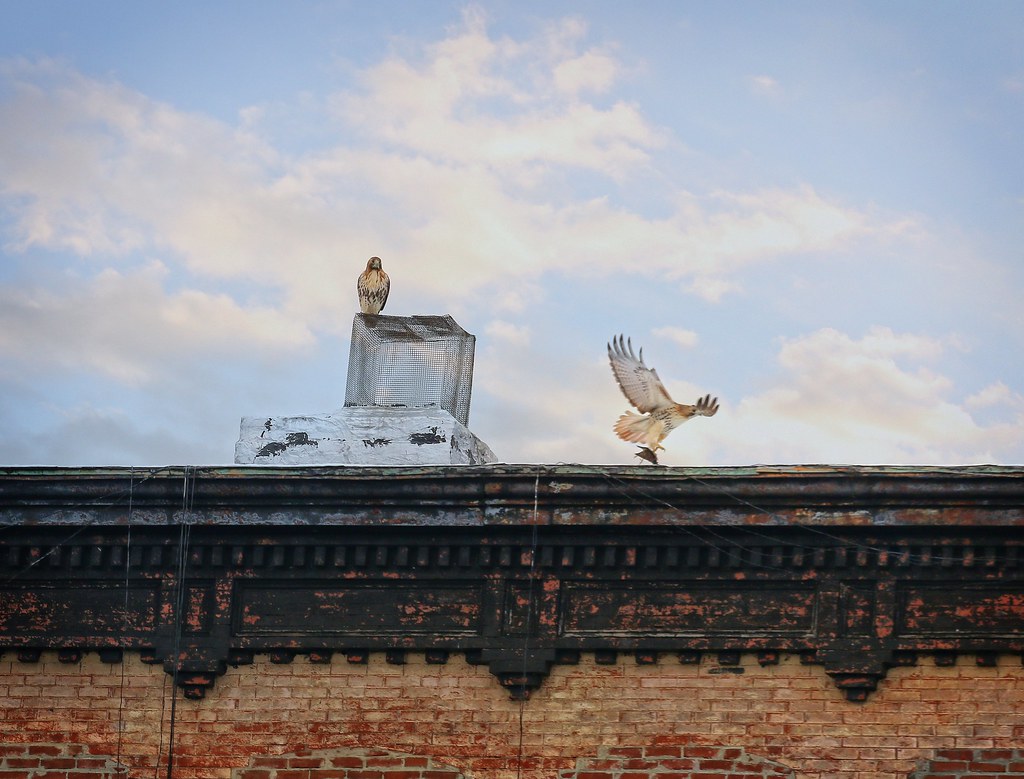 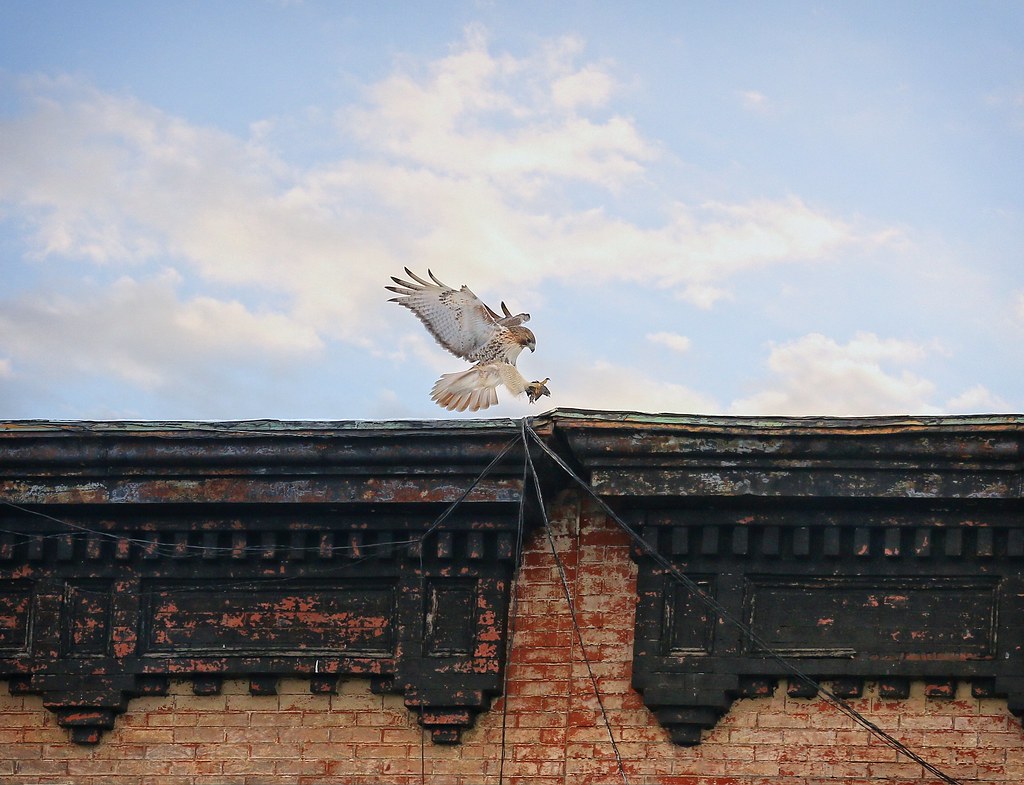 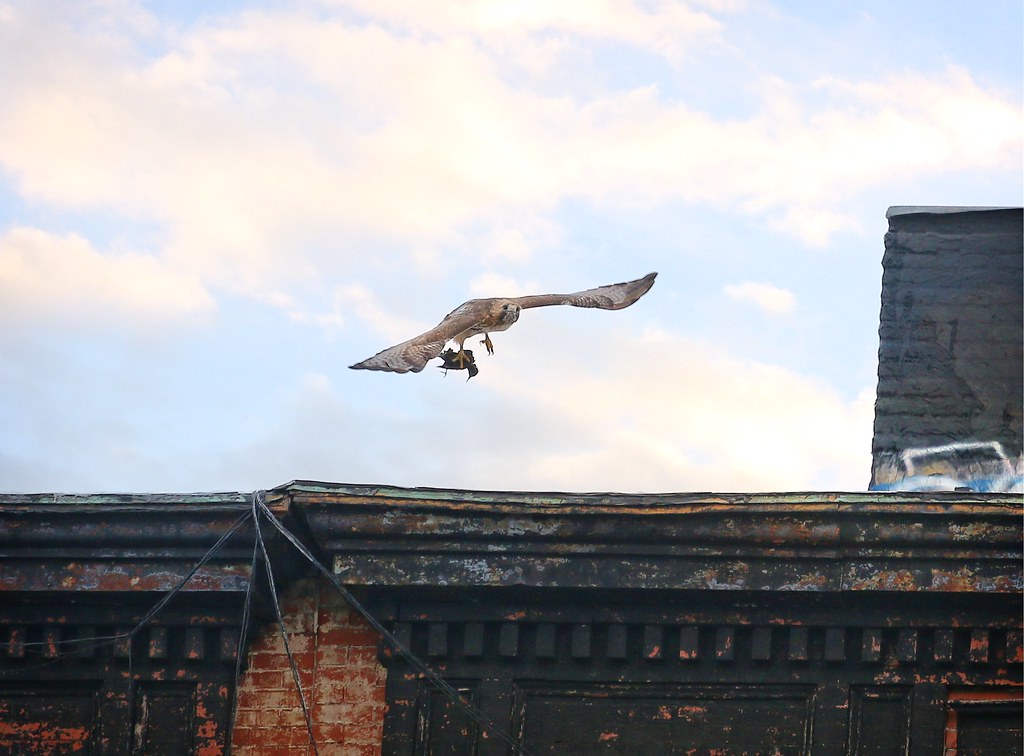 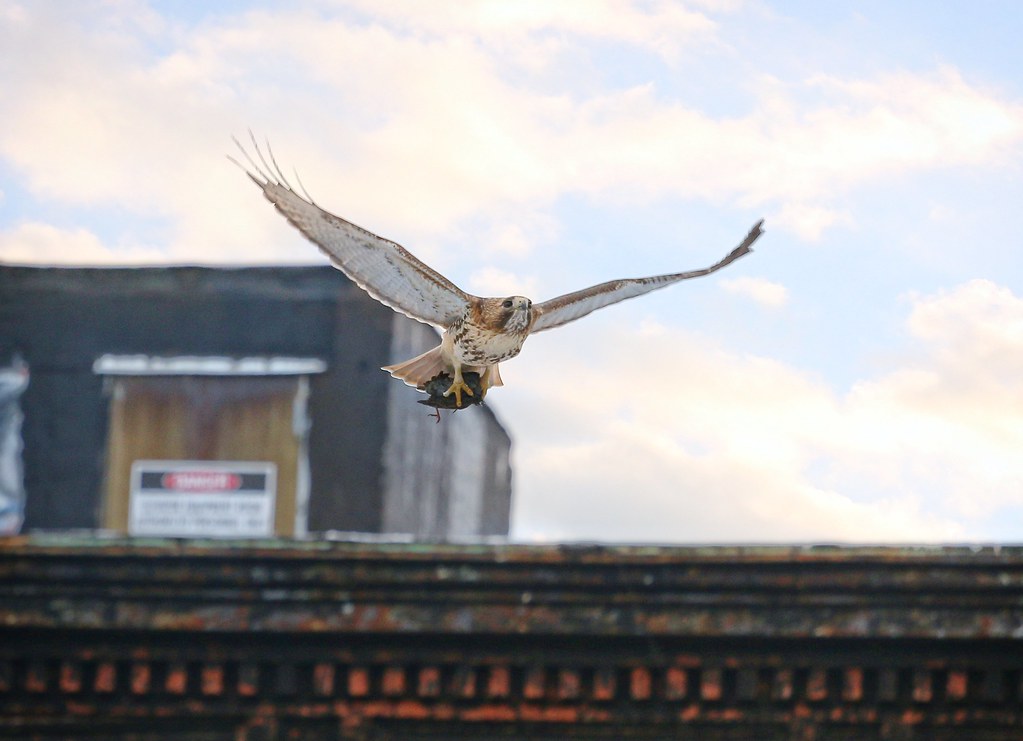 He flew the stolen prize back into the park. 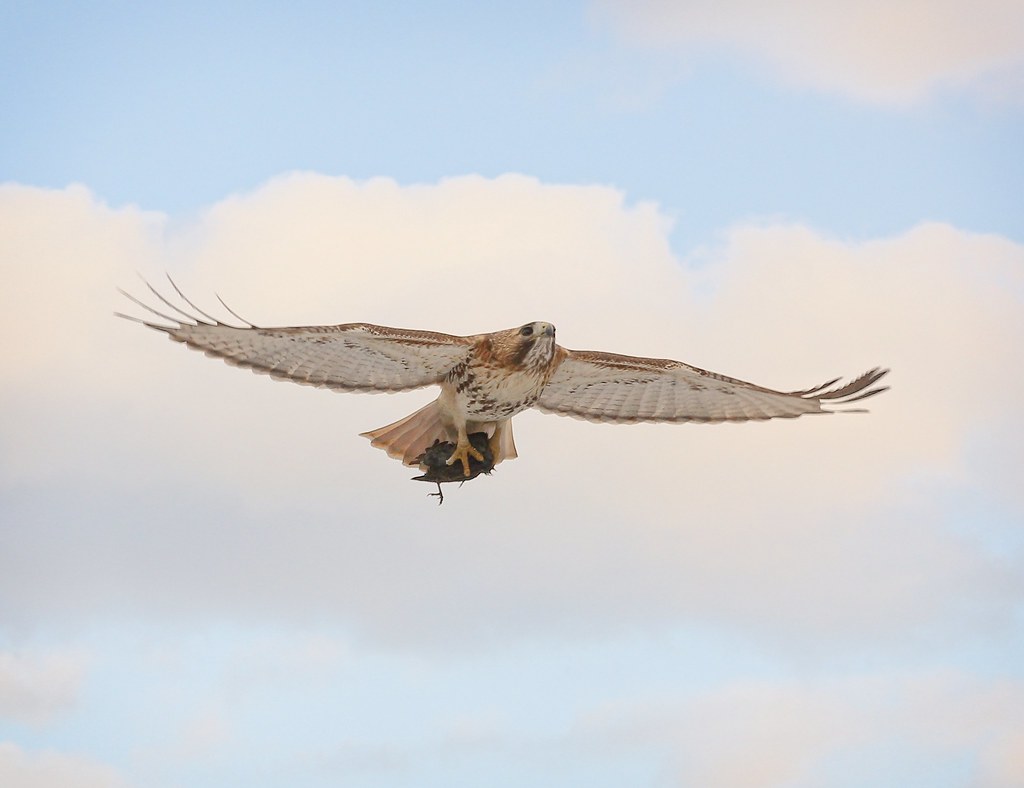 It's not visible here, but Christo (left) has the starling in his talons.  Both red-tails shared lunch. 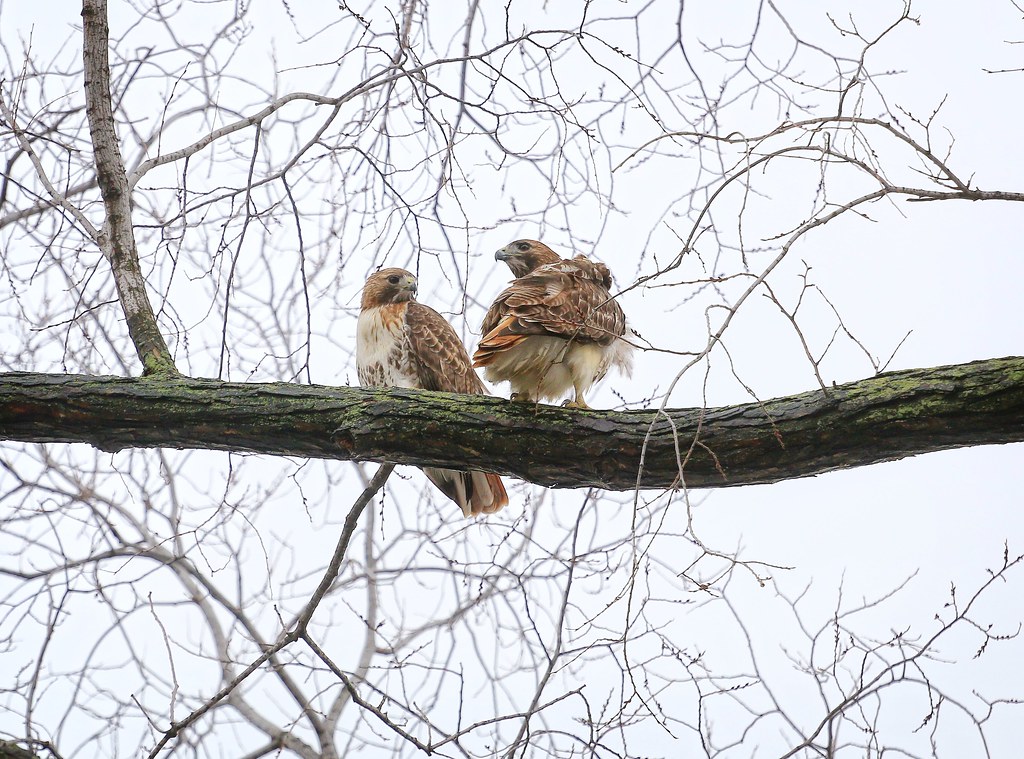 Today, I caught the pair cutting and carrying sticks up to the nest site.  I'll post pictures in the next update.  In the mean time, fingers crossed that all three hawks weather the imminent blizzard safely.