Welcome to a new year 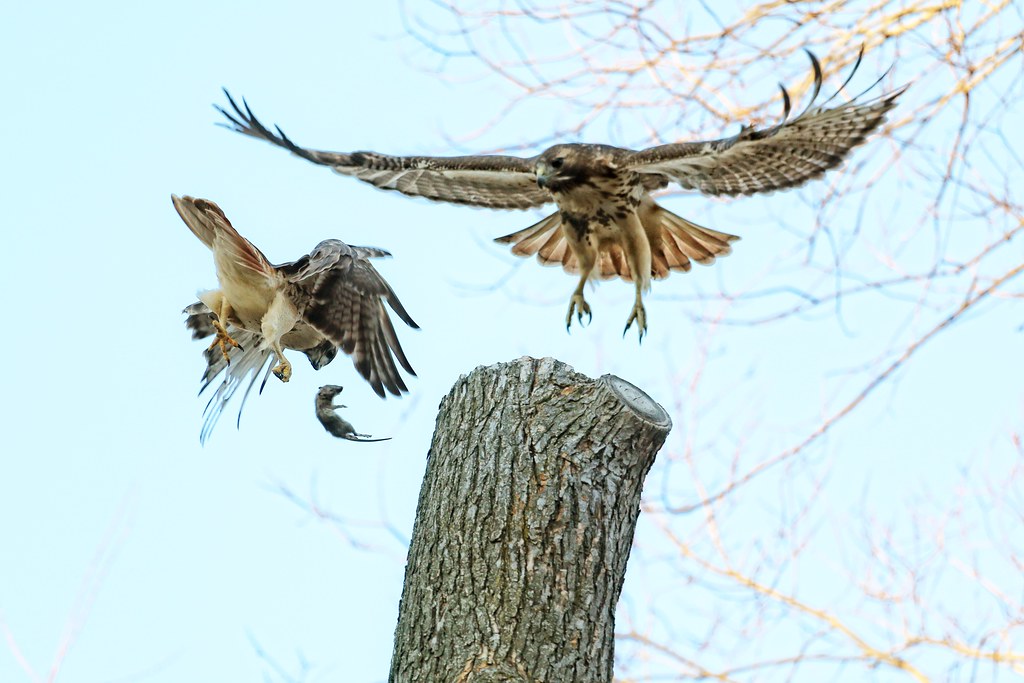 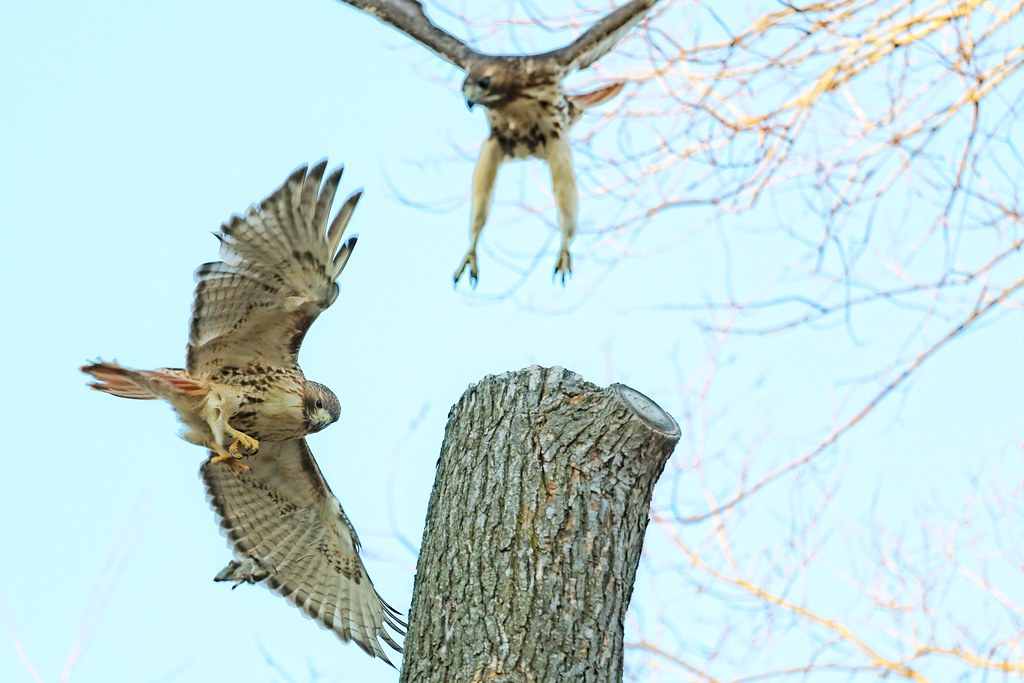 I'm a bit behind posting photos due to the chaos of the season and the loss of my beloved companion and blog assistant on Christmas Eve.  But I aim to get caught up soon as there has been a lot of hawk activity in Tompkins Square.

On Christmas day, this Cooper's hawk roamed around the south edge of the park along 7th Street. 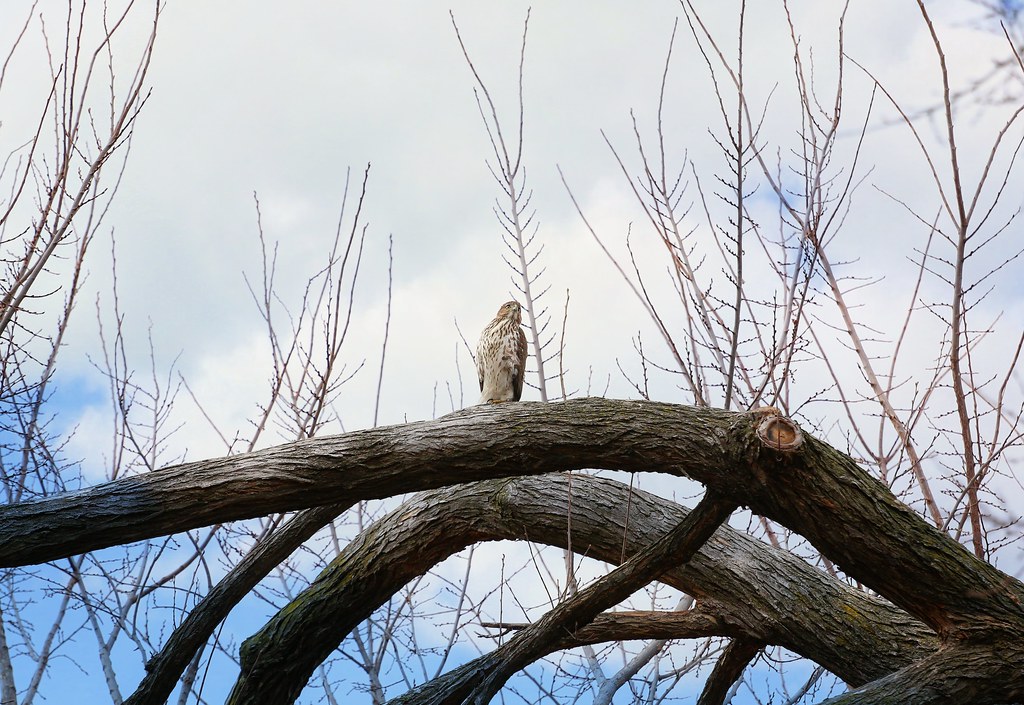 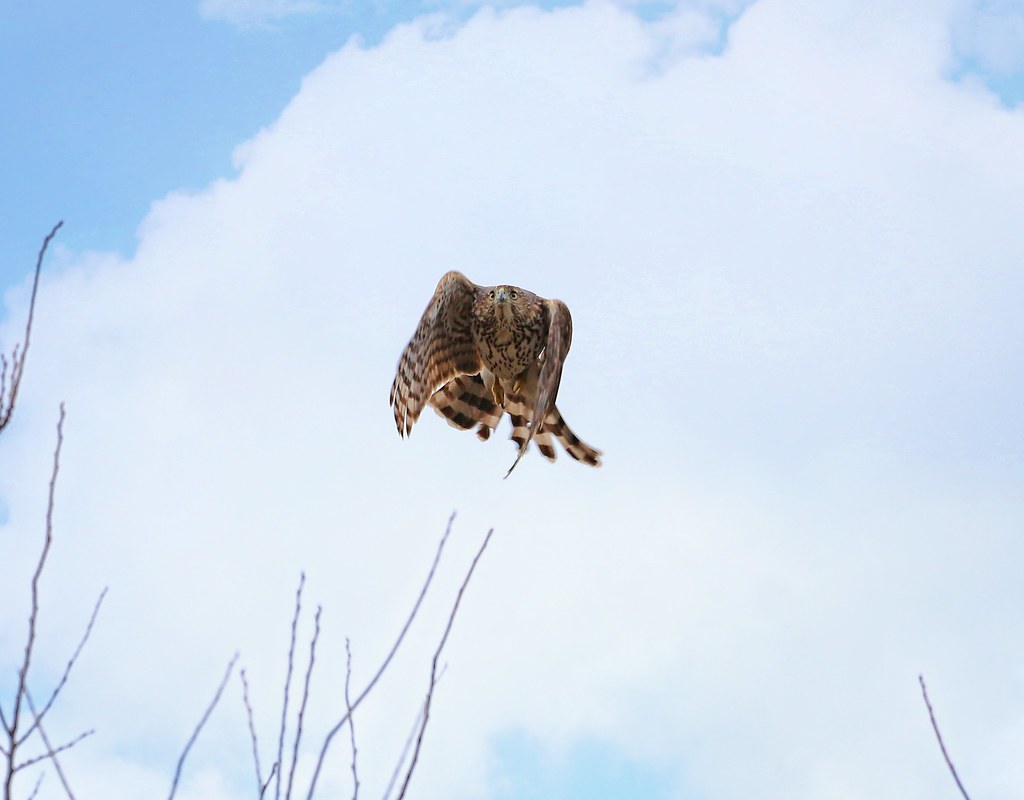 I've been seeing a Cooper's hawk in this same area for the last several days and today, saw two fly across the park. Each time I see the Cooper's, one of the red tails comes along and persuades it to leave.

Late in the afternoon on Christmas day, Christo and Dora confronted a juvenile hawk who entered the park along 10th Street and Avenue A.  Urban Hawks caught some of the sound and action on video.  If you skip to the 3:35 mark, you can see who I believe is Dora sitting atop St Nicholas of Myra screaming before diving off towards the juvenile.

Today, New Year's Day, I was excited to see Christo catch a mouse and give it to Dora (in the photos at the top of this post, Christo is on the left and Dora is swooping in to take the mouse).  This is the first real mating behavior I've seen from them this season.  One of our Flickr friends caught Dora visiting the nest site, so things are looking good for another hawk family this spring.

Around 4pm today, a juvenile hawk again entered the park (I'm guessing this juvenile has been the same one, possibly one of the offspring from last spring) and Christo and Dora tussled with it in the trees along the swimming pool.  In the end, the young bird held its ground and the two adults seemed to allow it to stay.  I hope to post photos of the confrontation soon.

A few minutes after that drama died down, the juvenile hawk was recovering in a tree when a squirrel took a flying leap from an upper branch and landed right on the hawk's back. Ta-da!