Love is in the air

What better way to spend a snowy holiday (Presidents Day) than with the hawks in Tompkins Square? 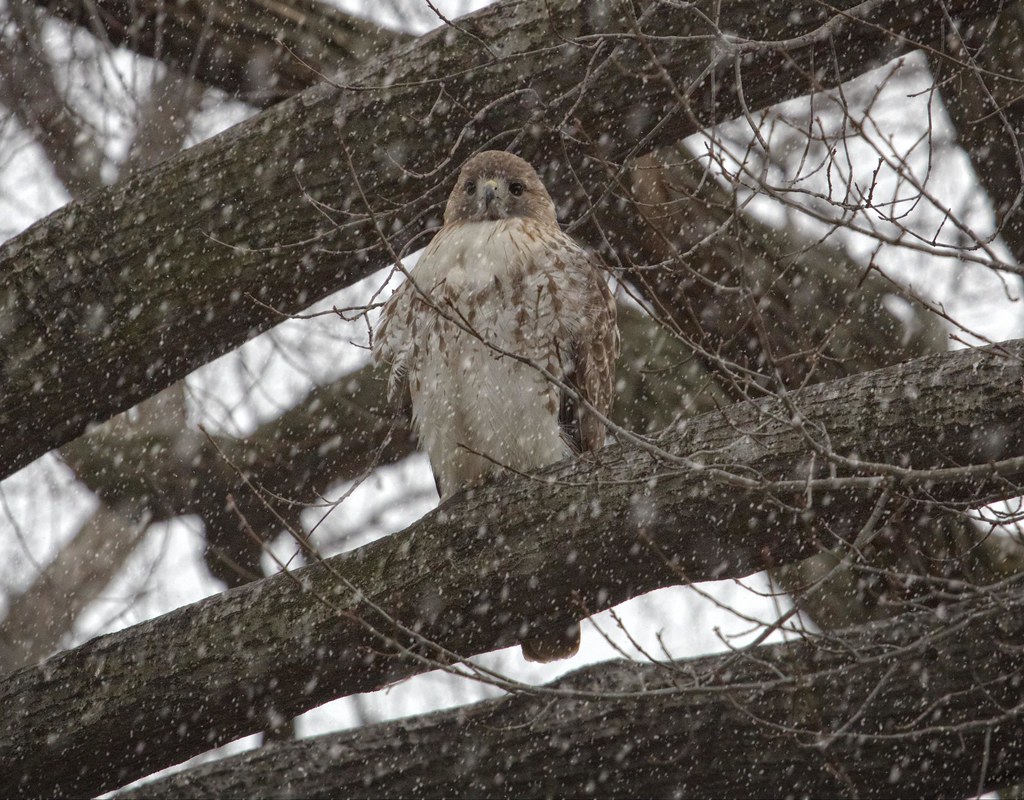 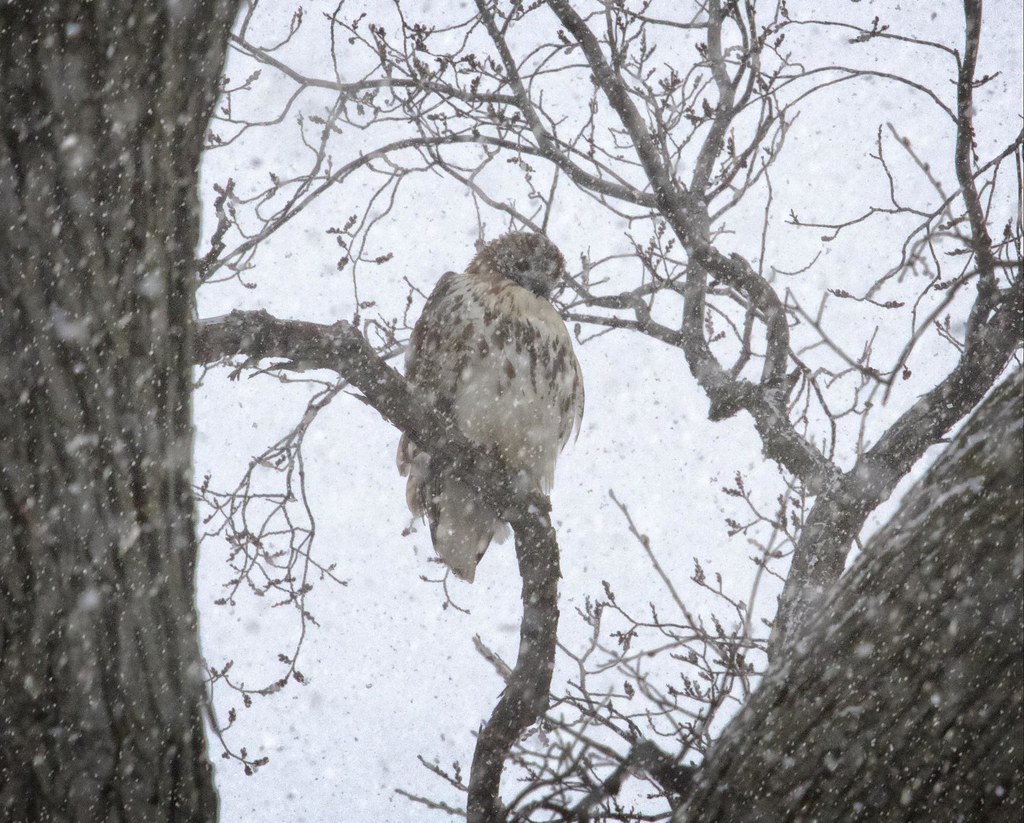 Here's some video of Dora chilling out.

All was calm until Christo flew in to join Dora on her branch... 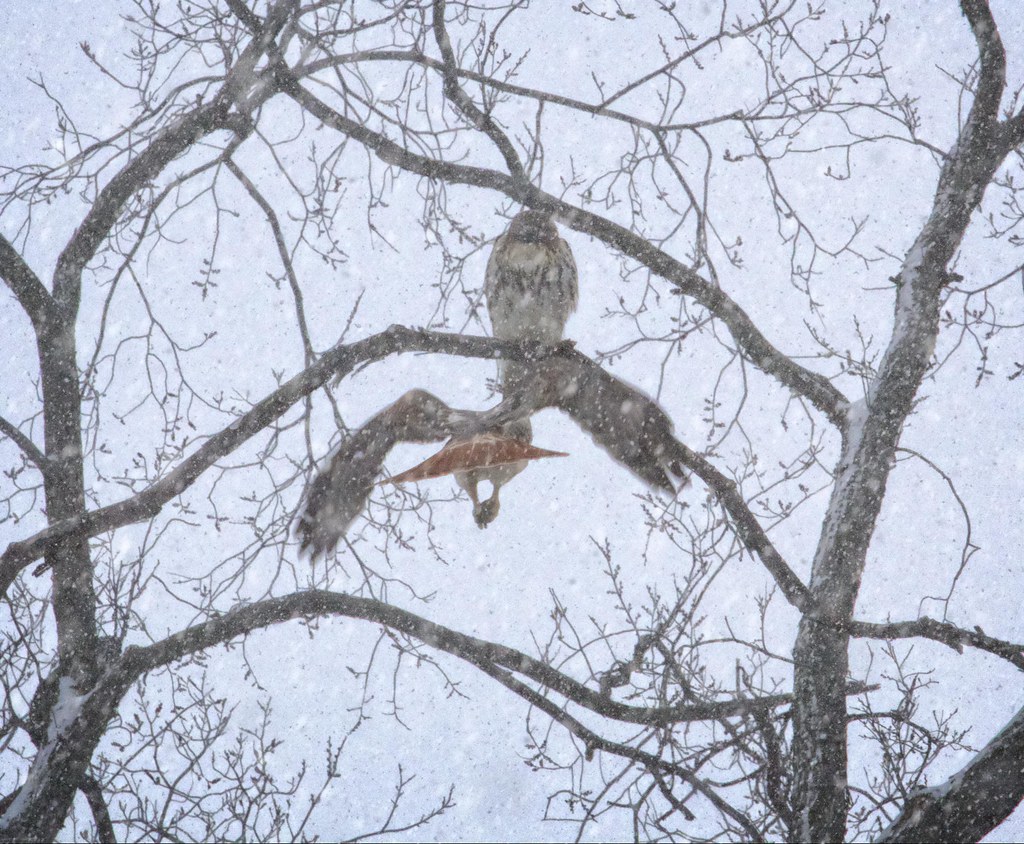 Then, without even a hello... 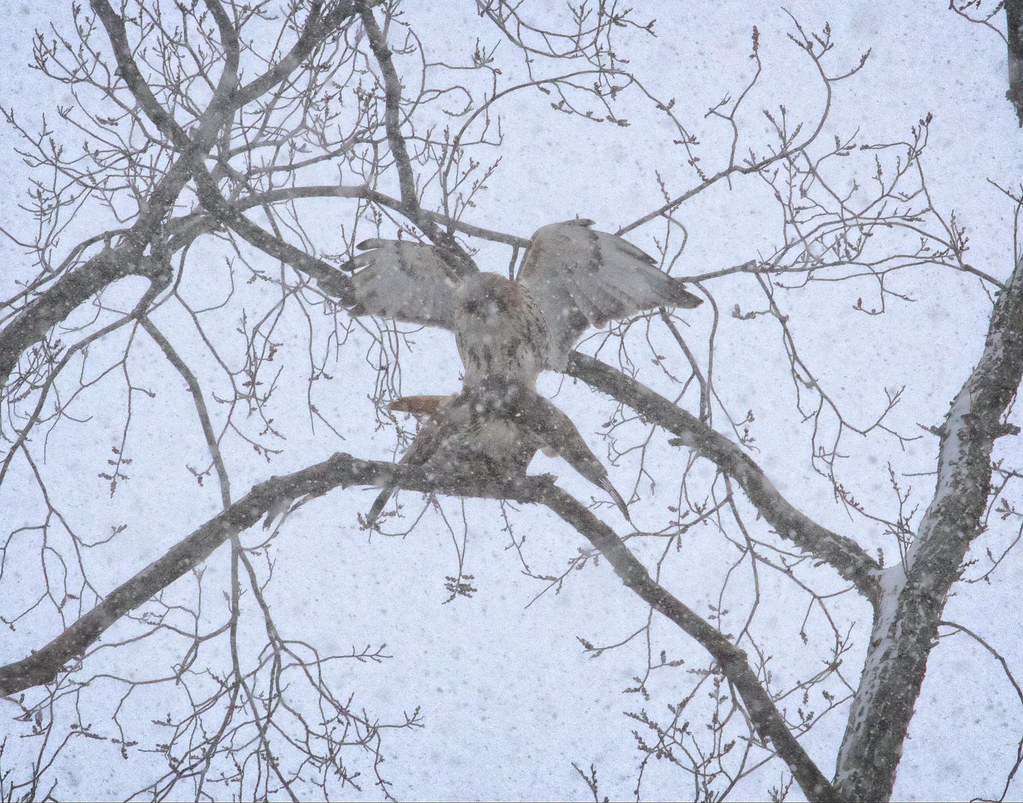 A fellow hawk-watcher had caught the pair mating in the park the previous Friday (February 12), but this was the first time this season I've caught them in the act. 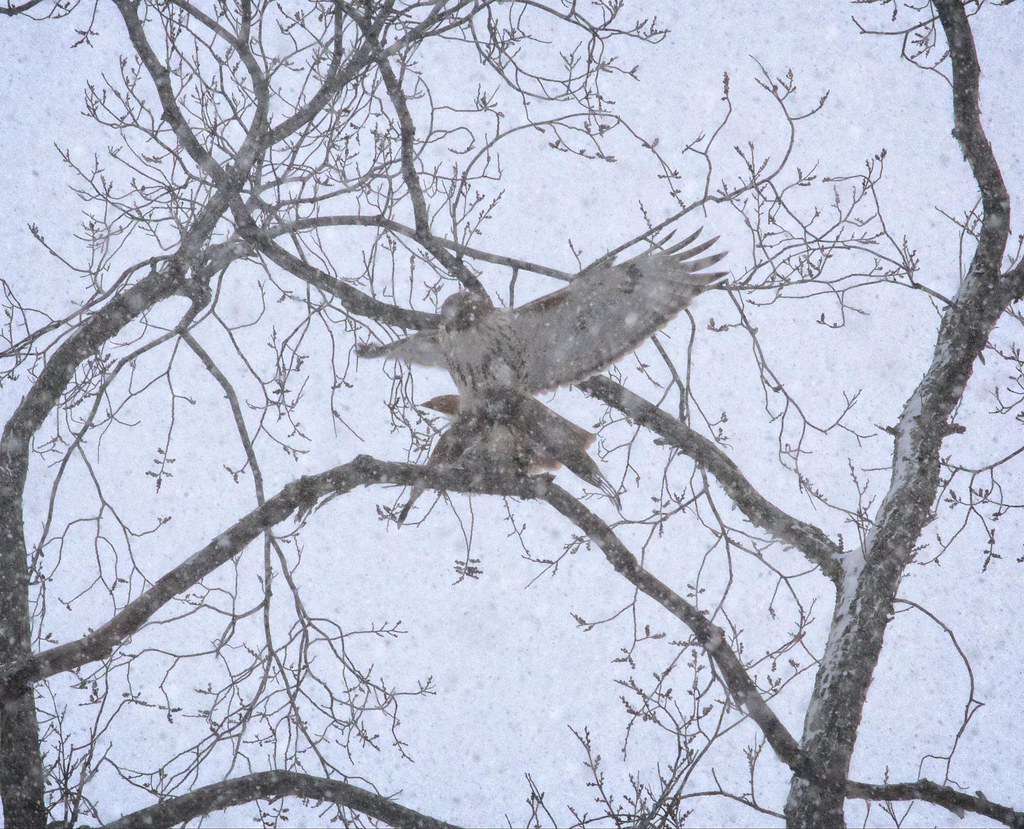 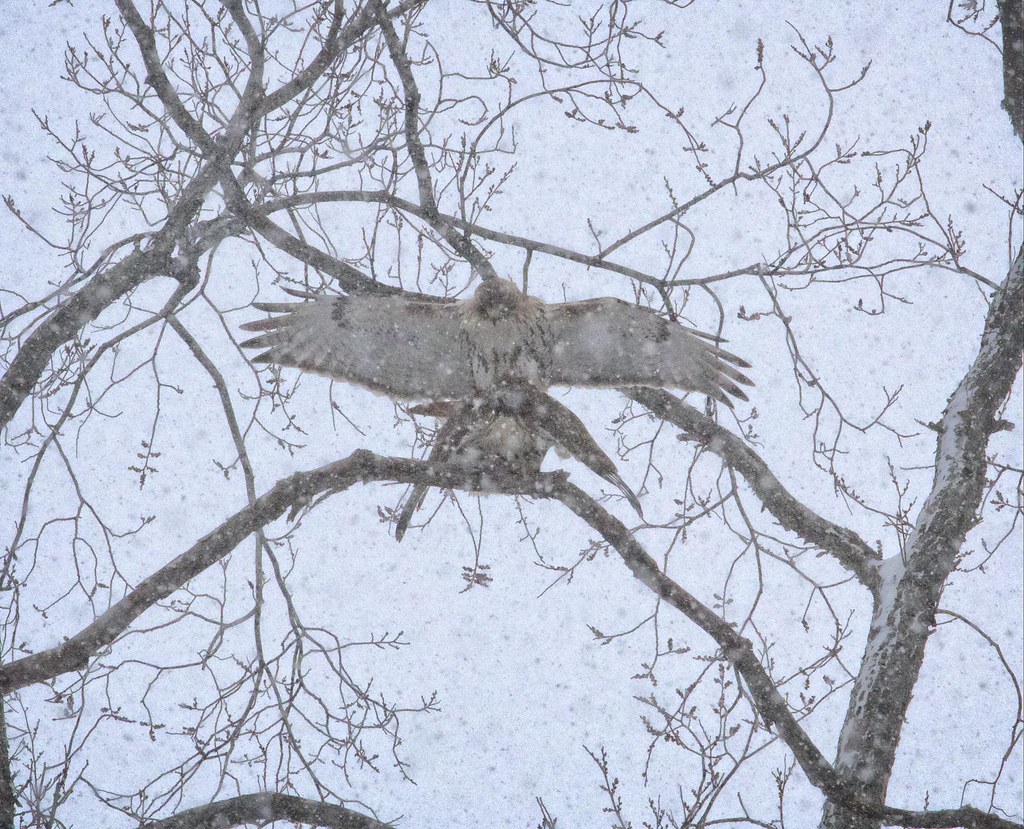 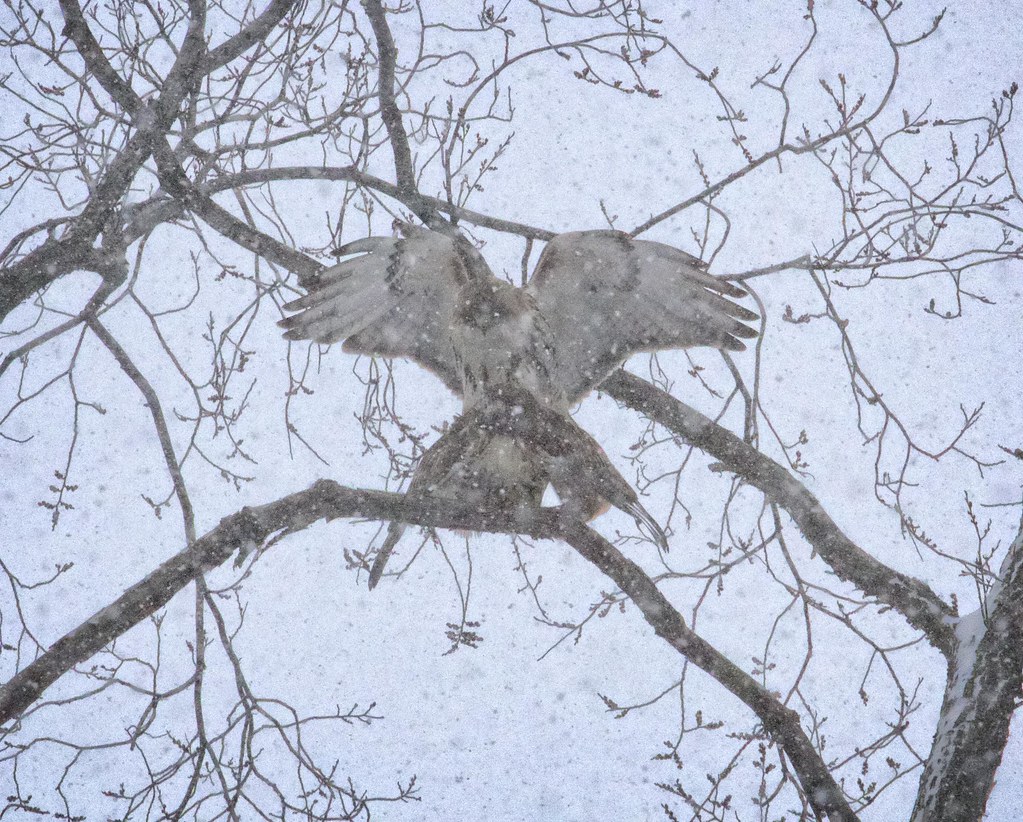 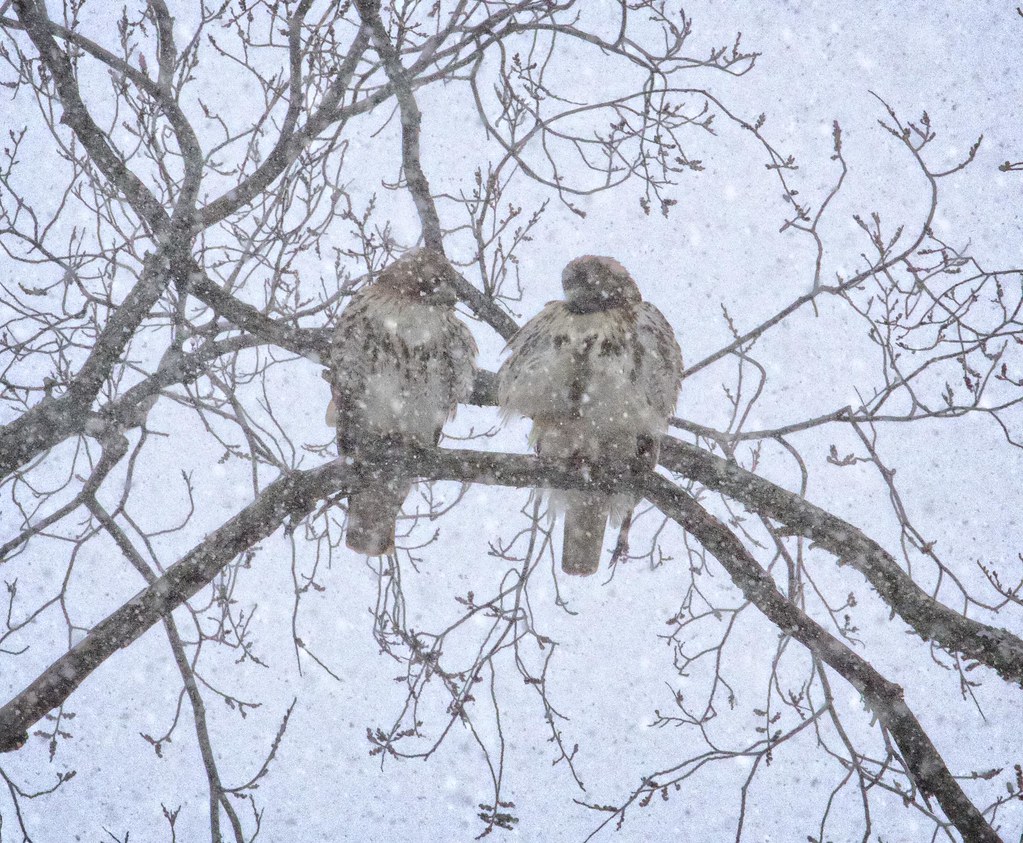 On a side note, there's been a clever blue jay in the park mimicking hawk sounds. I've heard jays make the high-pitched hawk scream before, but this jay makes the mating/food sound. It's so convincing, I fell for it the first time I heard it and went running around looking for the hawks. During the snow, the con artist jay perched about twenty feet from Christo and made the mating call. Christo ignored it, but I found it fascinating.
Posted by Laura Goggin Photography at 8:15 PM