Christo opts for a frozen dinner

After the sun began to set on Saturday, Christo needed dinner. He'd spent all afternoon watching rats and pigeons frolicking in the park while the brutally cold wind raged, but he didn't make any serious attempts to catch any of them. In the end, he opted for an old dead frozen rat that was already on the ground. 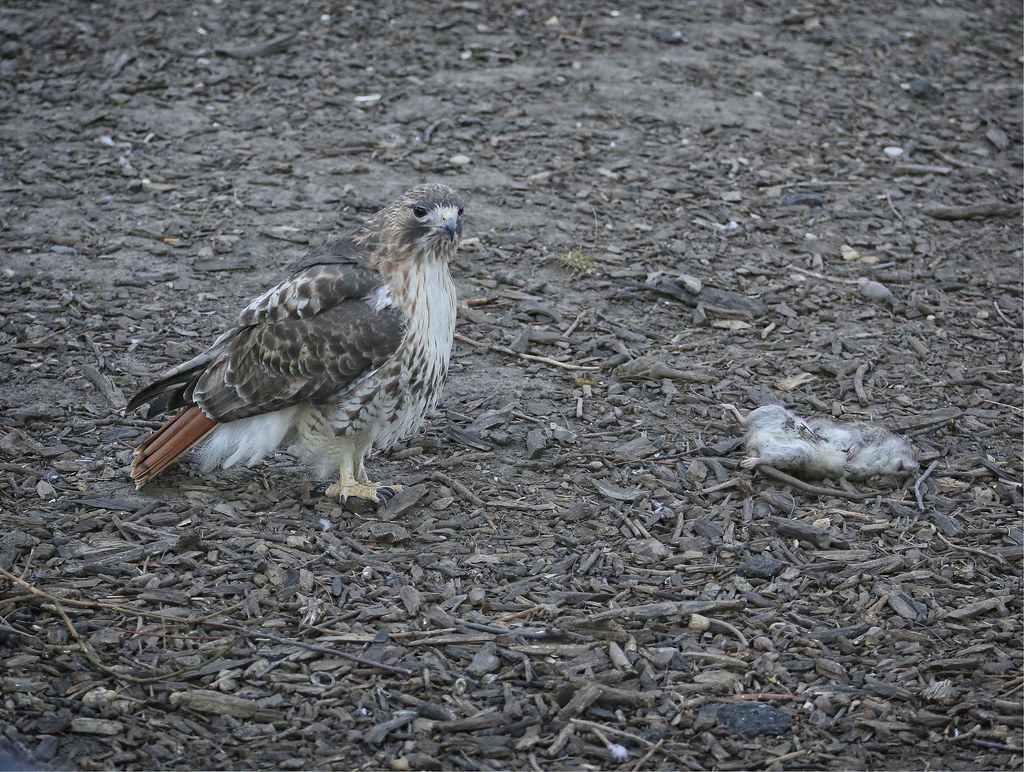 I'd seen the rat earlier in the day and did not know how it came to be there.  At the time, I thought I should dispose of it, but then forgot when I ran off to follow Christo.  One of the biggest dangers to the hawks is eating poisoned rat, so it was worrisome to see Christo opt for this one when he had so many live choices. 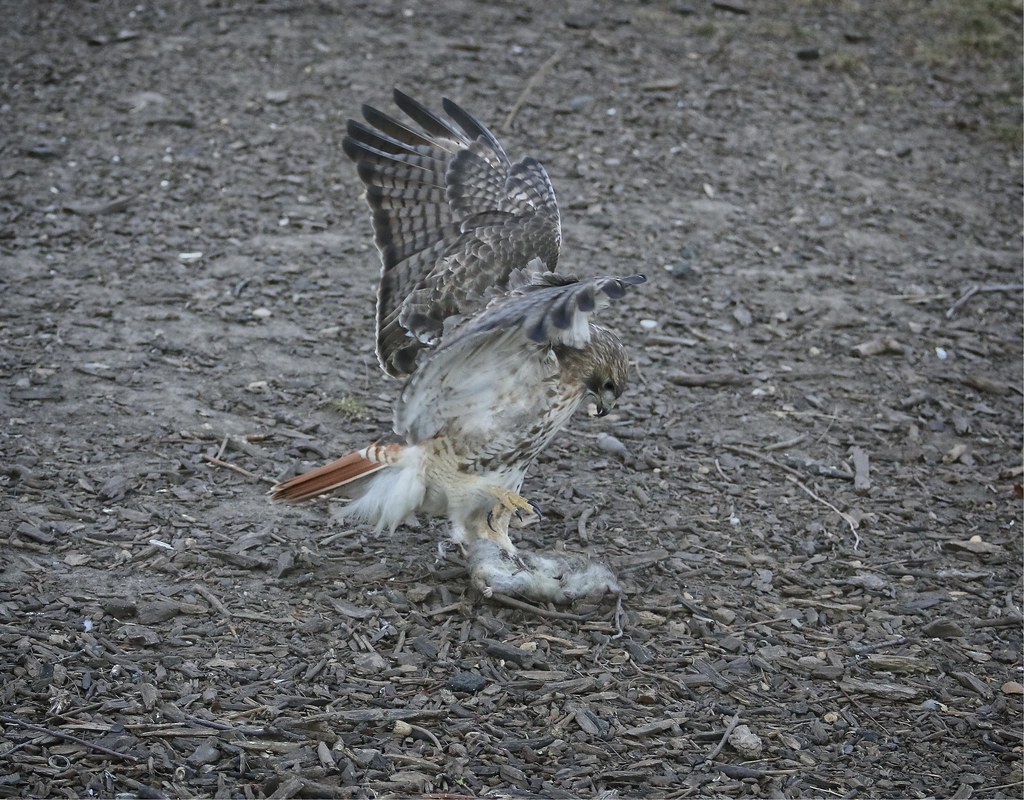 Maybe he'd caught it earlier in the day and was just returning to retrieve his meal.  Unfortunately, I don't know.  It seemed so odd that he'd want this gross old thing when he could have had a fresh one, but maybe he just didn't want to exert too much energy hunting on such a bitterly cold day. 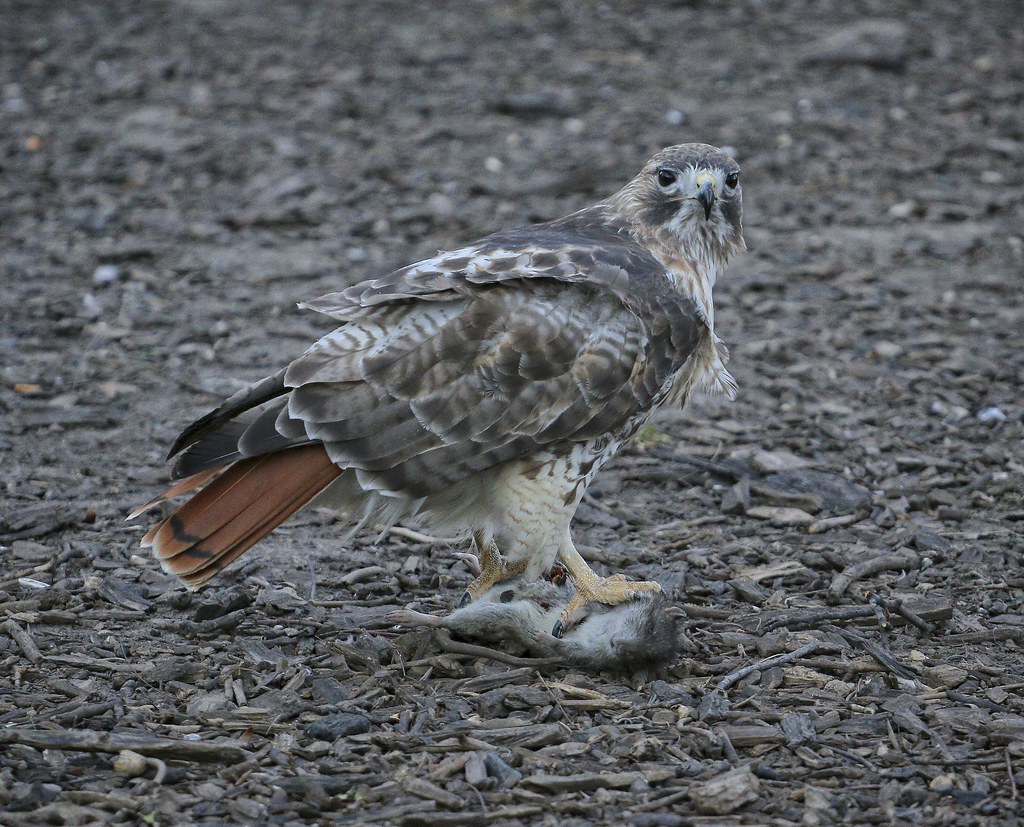 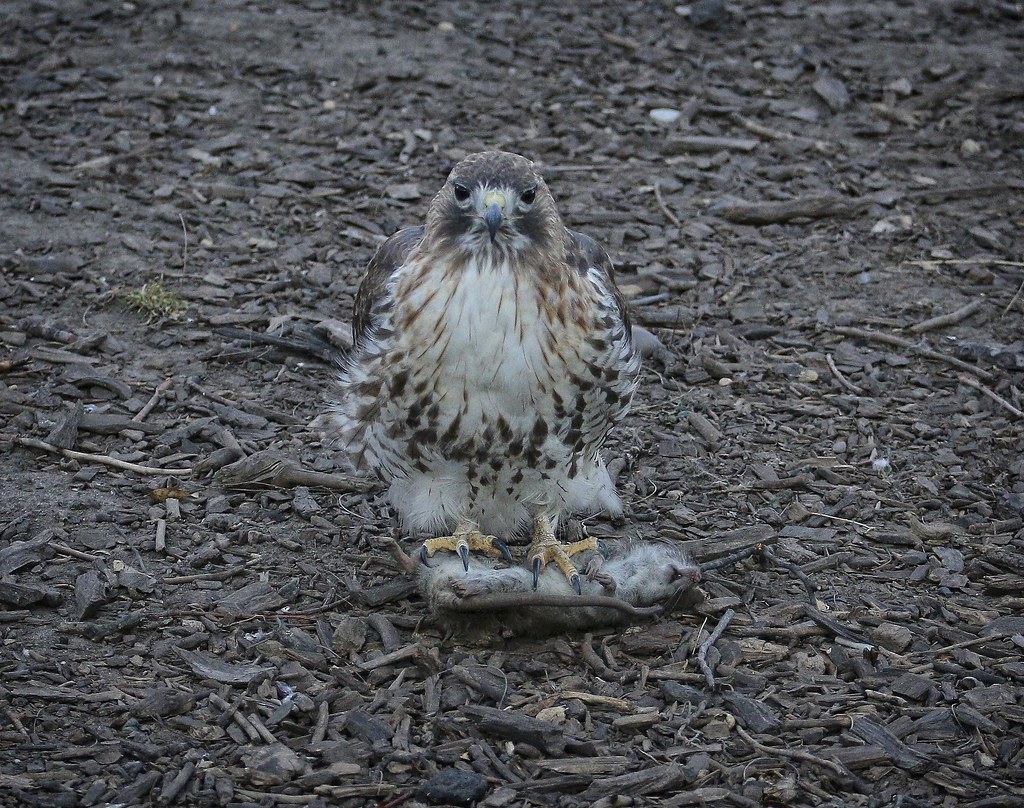 In one comical moment, Christo stepped on one end of the stiff-as-a-board rat and it flipped up at him like a rake.  Startled, Christo jumped back and hopped around until he was sure the rat wasn't a zombie come back to life. 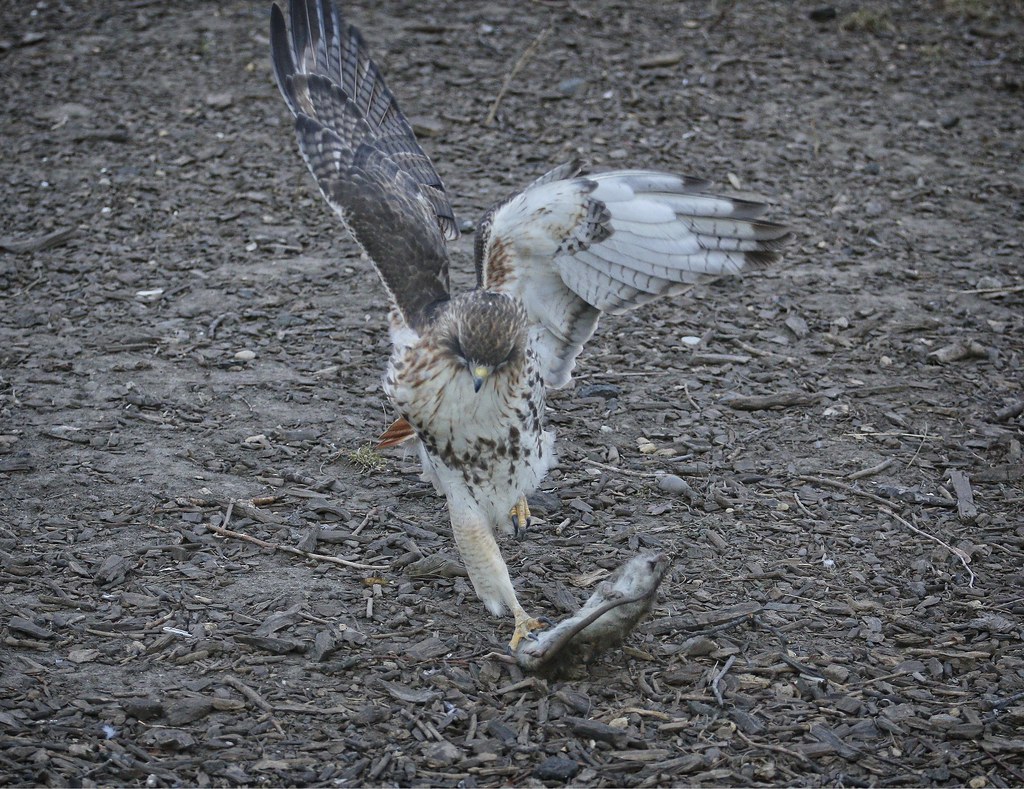 He then spent a good deal of time gnawing away at the rat while on the ground.  He did not attempt to fly away with it, maybe because it was too big and stiff to handle up in a tree.  After 20 minutes or so, he abandoned the remains. 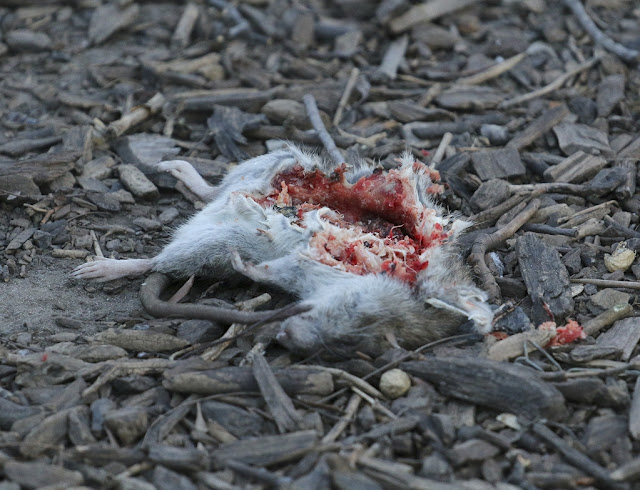 Some fellow hawk-watchers and I decided to dispose of the rat.  It had such an undignified end of life anyway and leaving it out there in that state felt wrong.  We kept an eye on Christo over the next couple of days to make sure he didn't look sick.  Thankfully, he seems fine.  The hawks eat nasty stuff like this all the time and it looks worse to us than it does to them, but the fear of poison is real.
Posted by Laura Goggin Photography at 9:06 PM