I caught up with Christo the hawk in Tompkins Square late Sunday just after he and Dora made a nest-switch.  She'd been on break, and after she returned, Christo went hunting for dinner.

He started out at his usual perch atop the flagpole in front of the park offices. 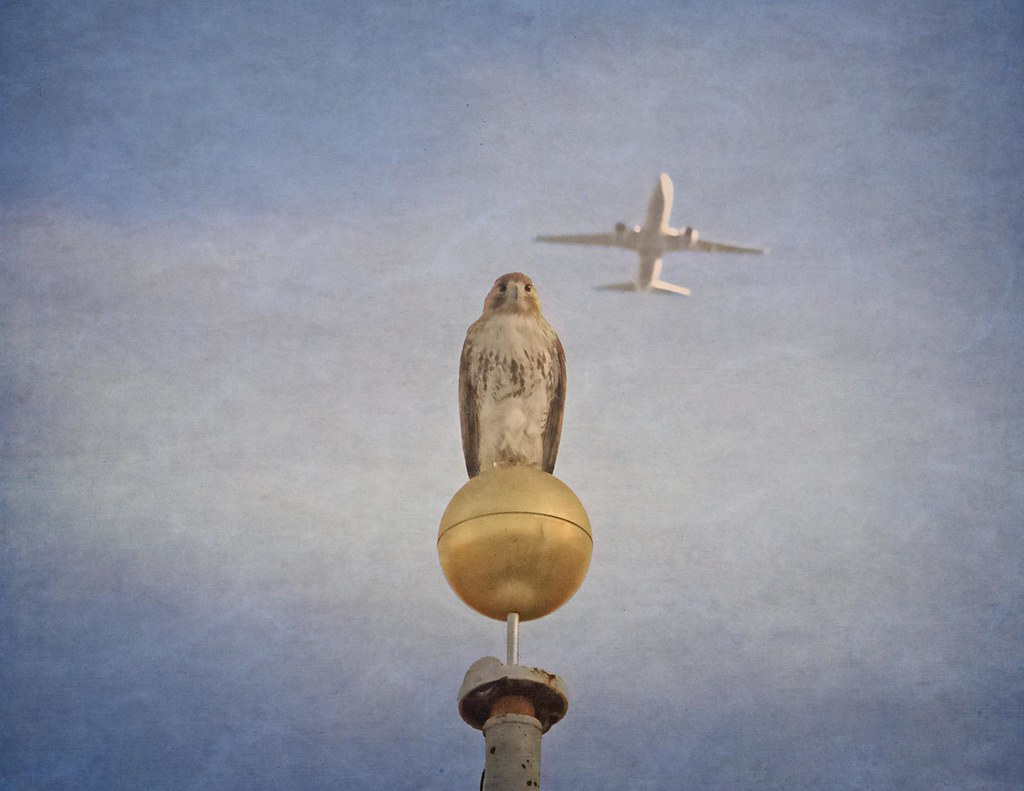 After about 15 minutes, he took off towards me as I stood in the garden behind the offices. 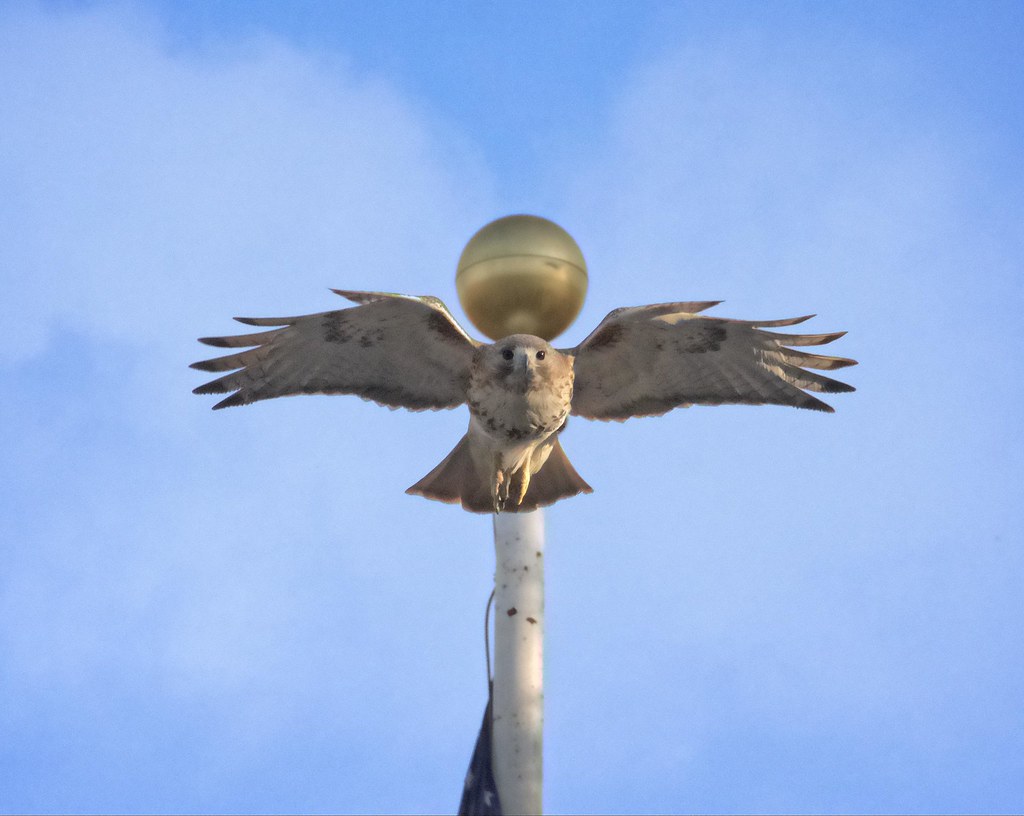 He appeared to employ a tactic I've seen him do a few times before.  He seems to know that I will stay still, so he came as close to me as possible, then flew inches over my head and landed on a fence directly behind me. 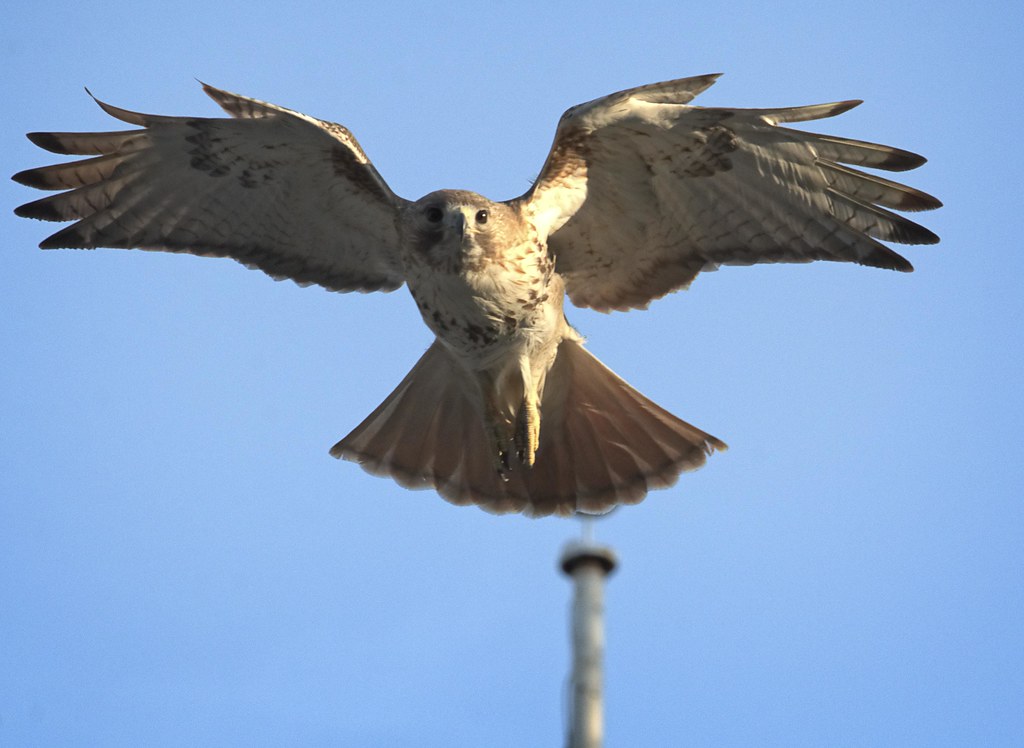 I think he uses me (and other observers) as shields so he can sneak up on what ever is behind me.  In this case, it was rats running around near a garbage can.  He landed on the fence with his back to me and didn't even glance my way - I took this to mean he trusts that I won't interfere. 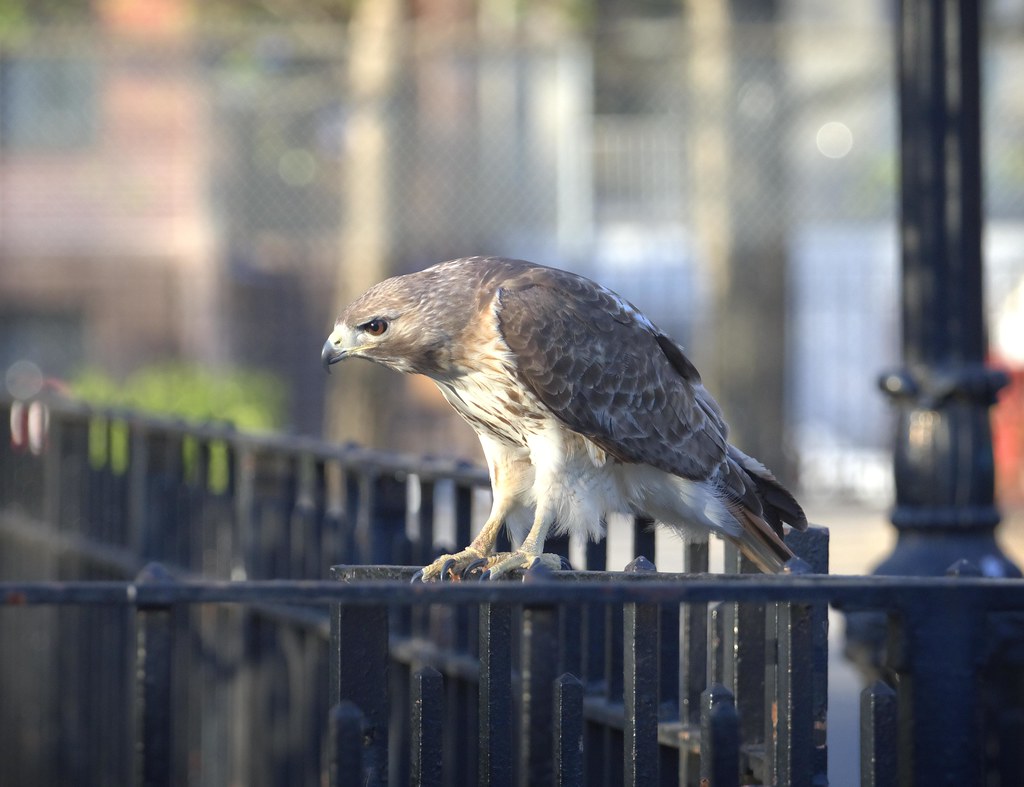 You can see the concentration on his face as he crouches like a cat. 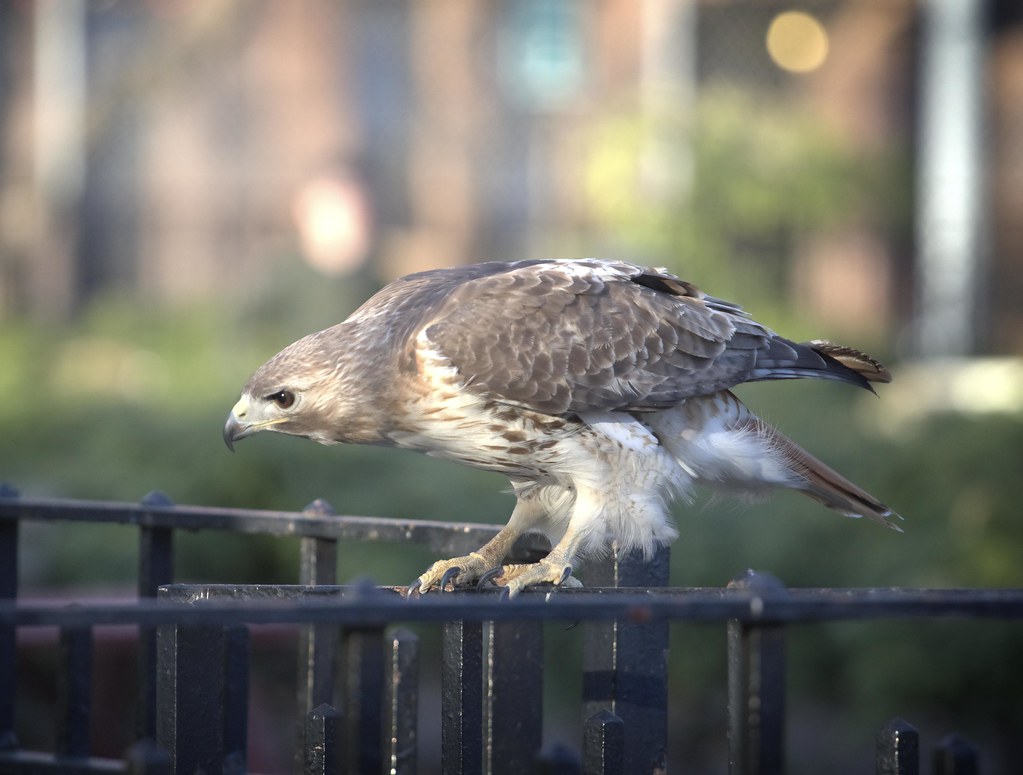 He did hop down to the ground, but what ever he was interested in got away.  He then turned his attention to an area on the other side of the garden where rats were rustling in the bushes. 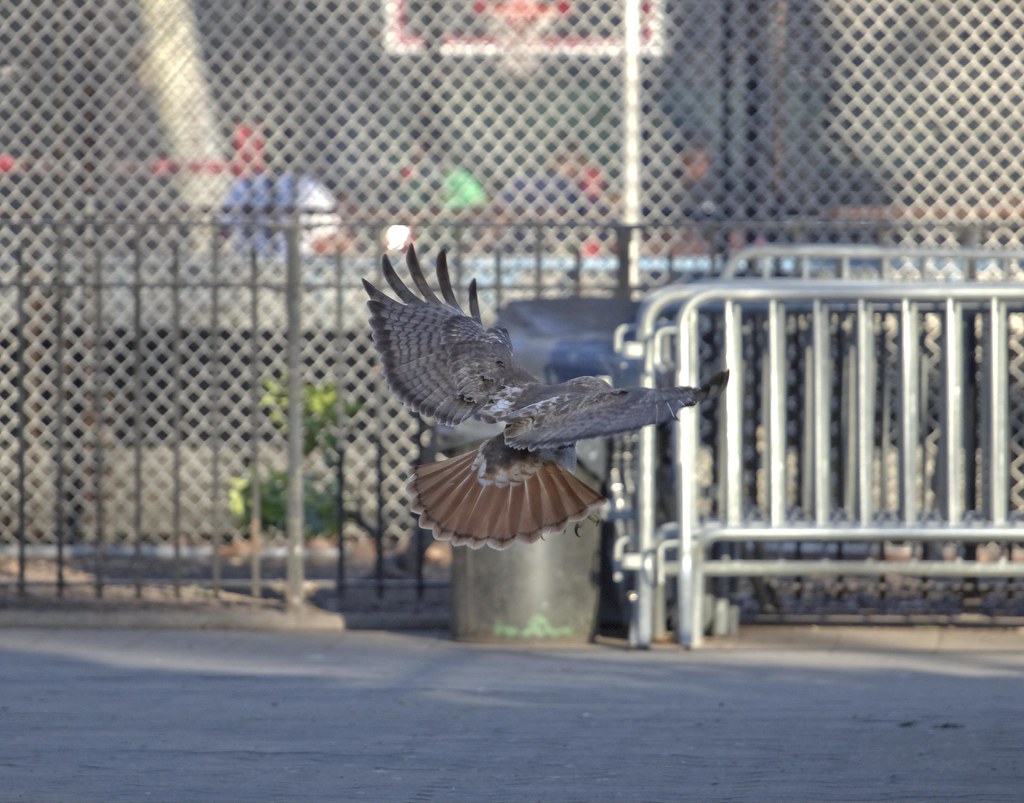 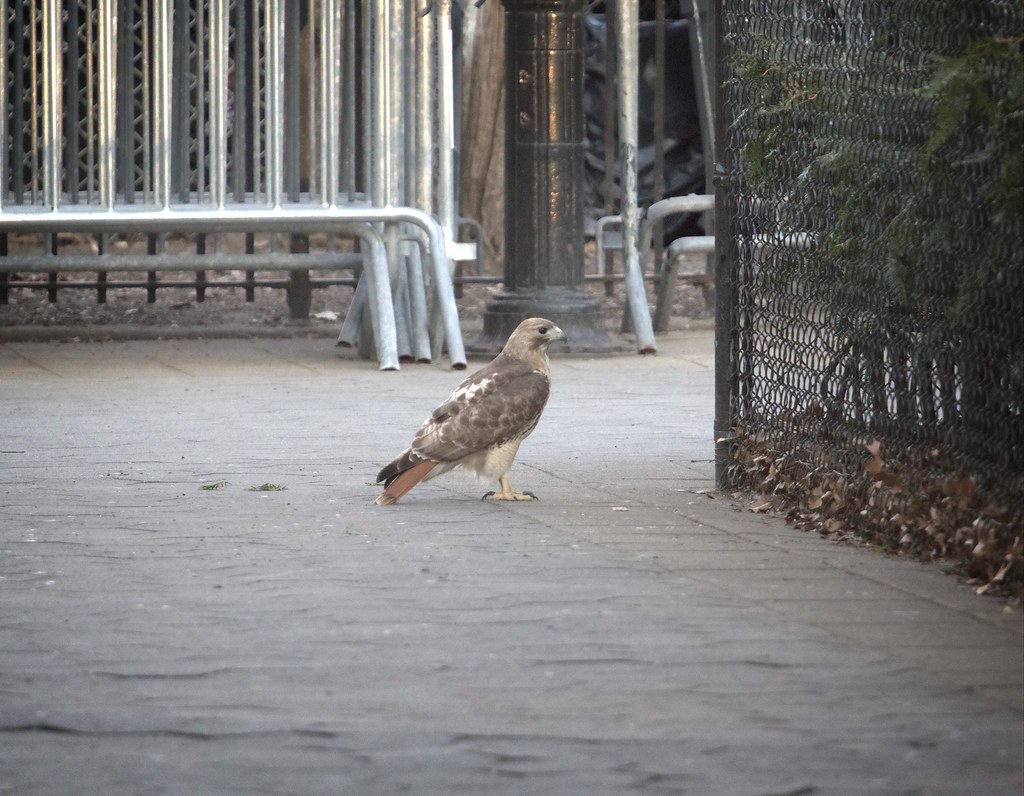 Several rats ran along the fence, but Christo was unable to nab any of them. 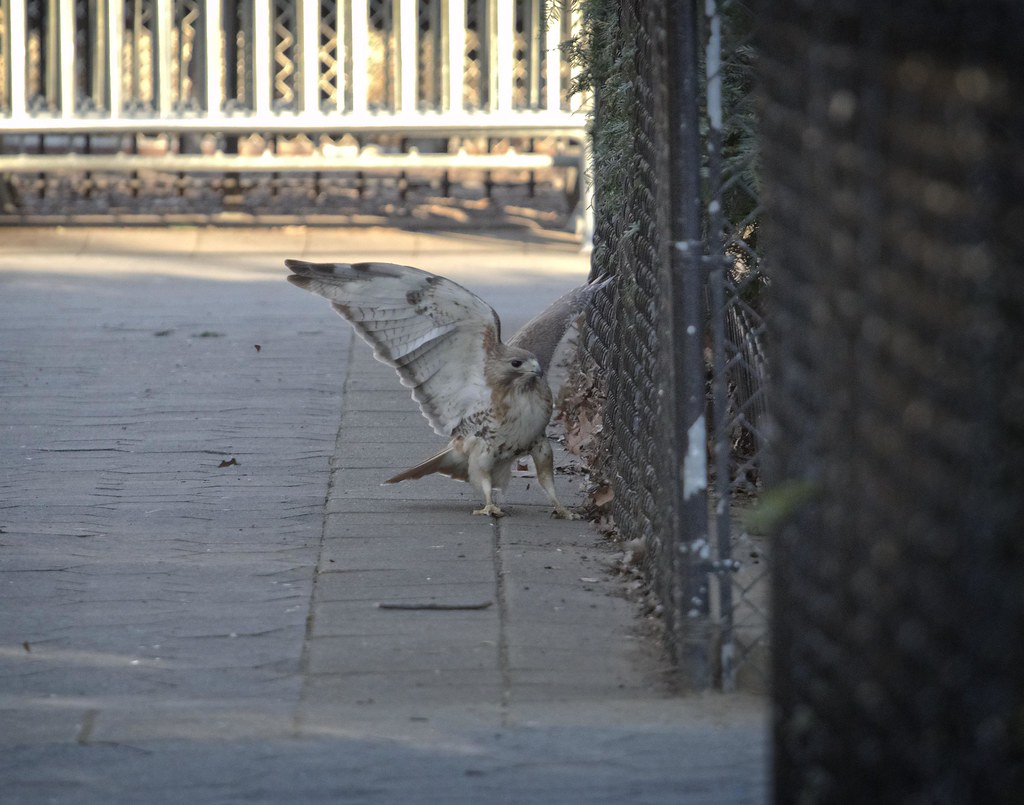 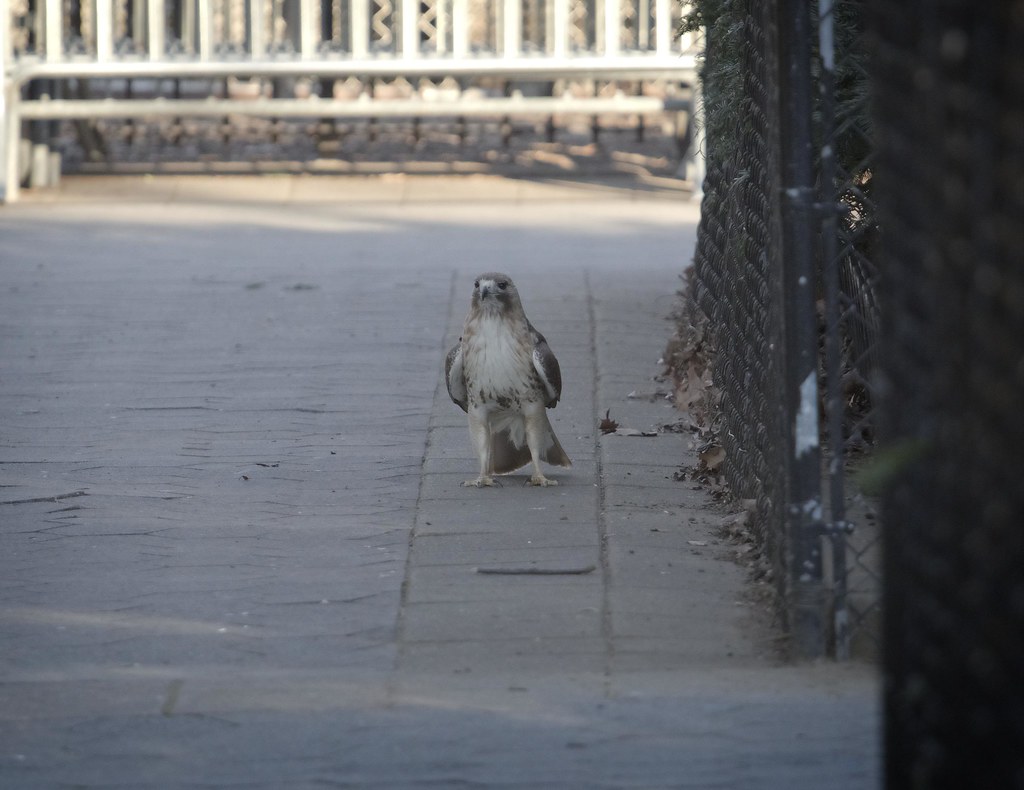 At this point, there was quite a crowd of people around, which was probably too much for him to deal with, so he retreated to a tree.

In the photo below, you can see his feathers are all swishy from sitting on eggs. 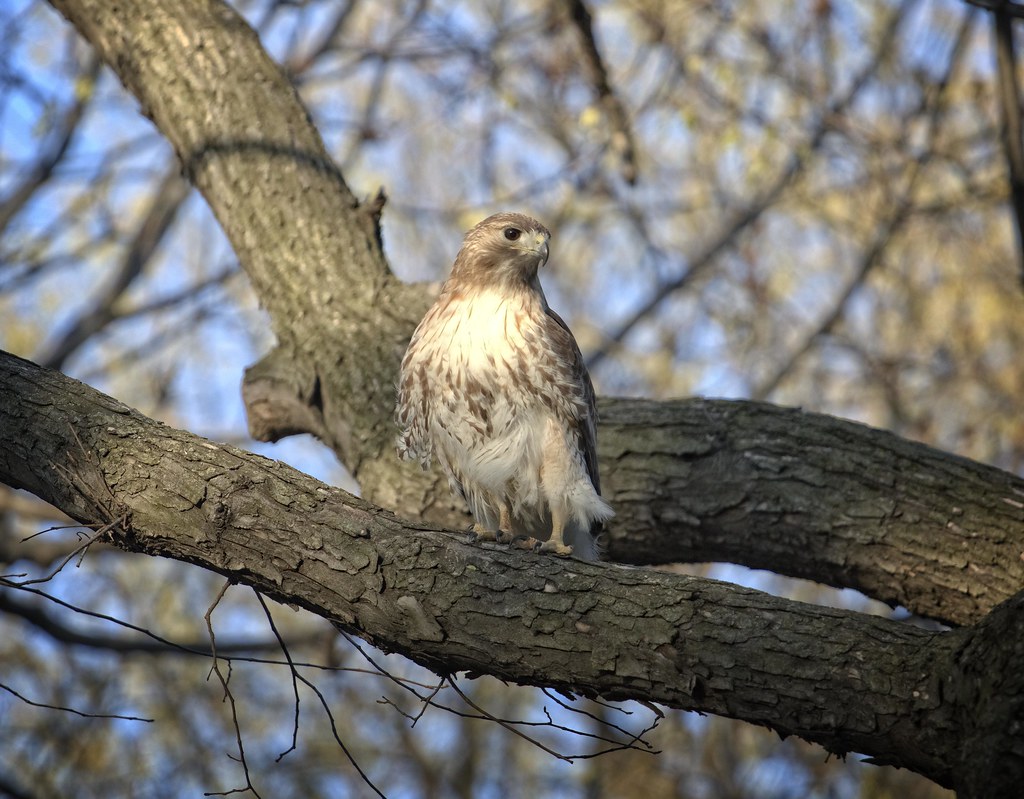 When Christo is in hunting mode, you can really see it in his face. 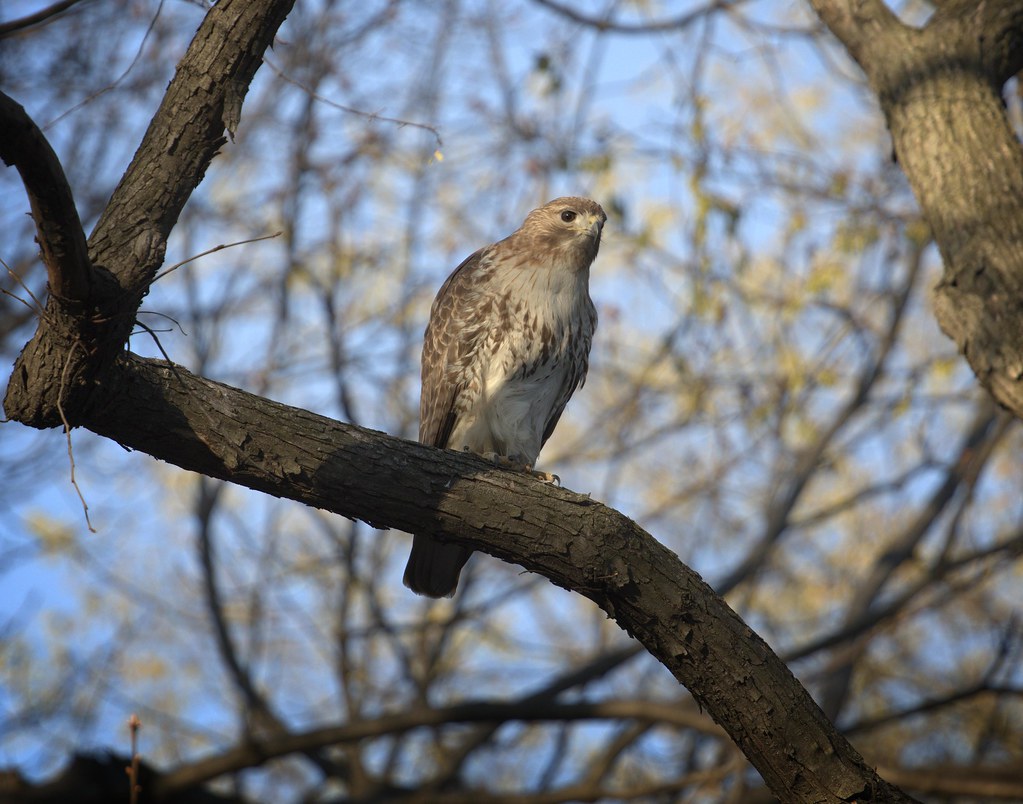 He then employed another tactic I've seen him do before.  As there were so many people blocking his path to the rats, he decided to clear the area.  He did this by flying back to the flagpole and luring all the spectators to the other side of the park offices.  Once the garden was clear, he quickly dove down to the area where everyone had been standing, and grabbed a rat.

I left him to eat in peace. 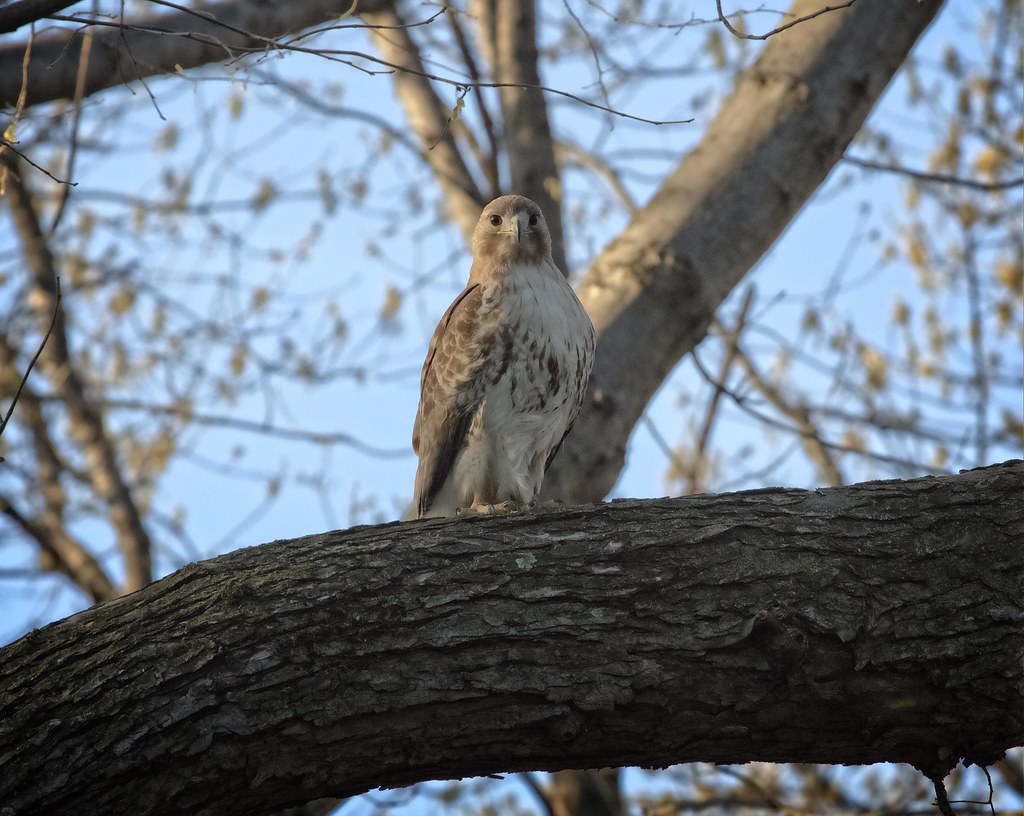