A note about poisons

After my last post about the heartbreaking loss of a female red-tailed hawk in Chinatown last Thursday, I returned to Columbus and Collect Pond parks this weekend to try and track her mate.  He was seen in Collect Pond Park on Friday eating a pigeon, and again on Saturday flying around the Lower East Side.  I was unable to find him today.

I took a look around both parks to see what I could find.  At the entrance to Collect Pond park on Lafayette and Leonard streets, there is a rat box right under the park sign. 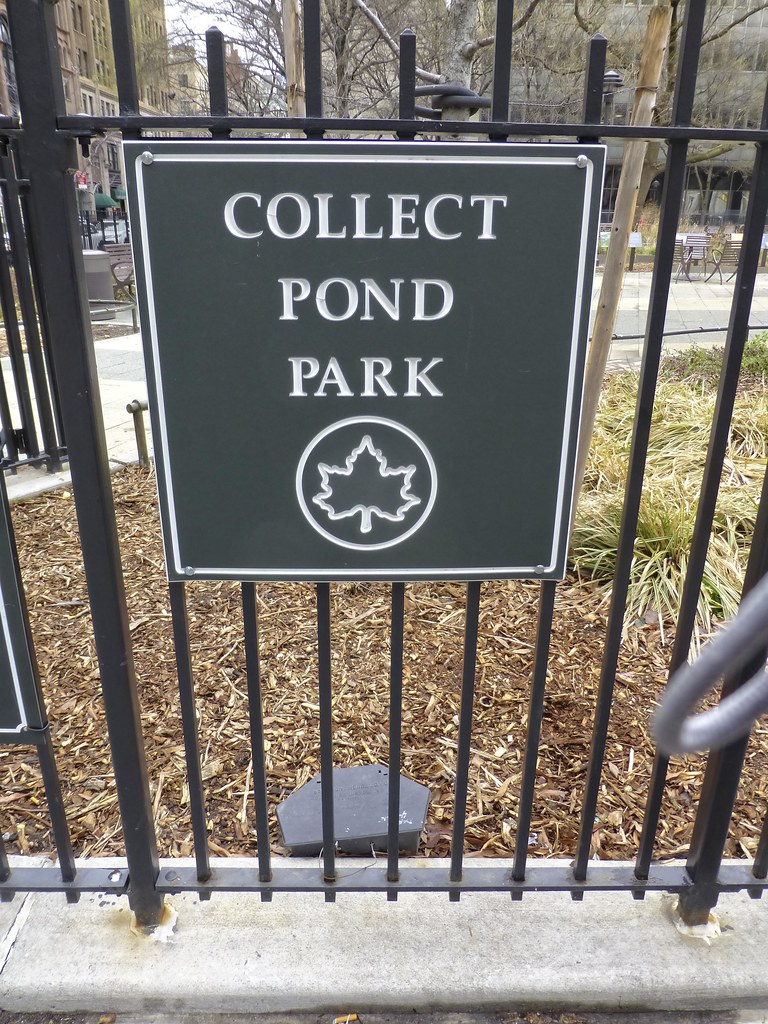 Along the Leonard side of the park, rat boxes are placed every so often, with the Department of Health right across the street.  The hawks had a nest on an air-conditioner on this building, facing the park. 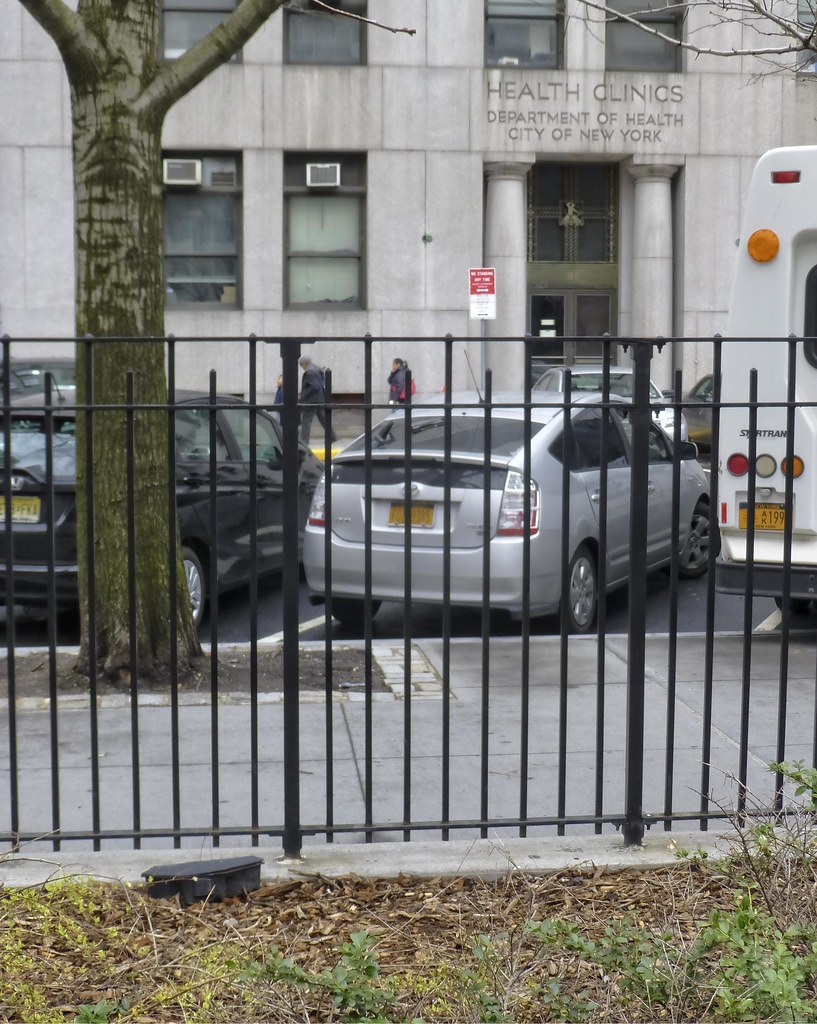 There are no signs in this park about pest control and I don't know how long these rat boxes have been there.

A block away, over at Columbus Park, pesticide notices are prominently posted.  This is a sign from the Parks Department dated March 5, 2016.  It's posted at the playground on the Worth Street side of the park. 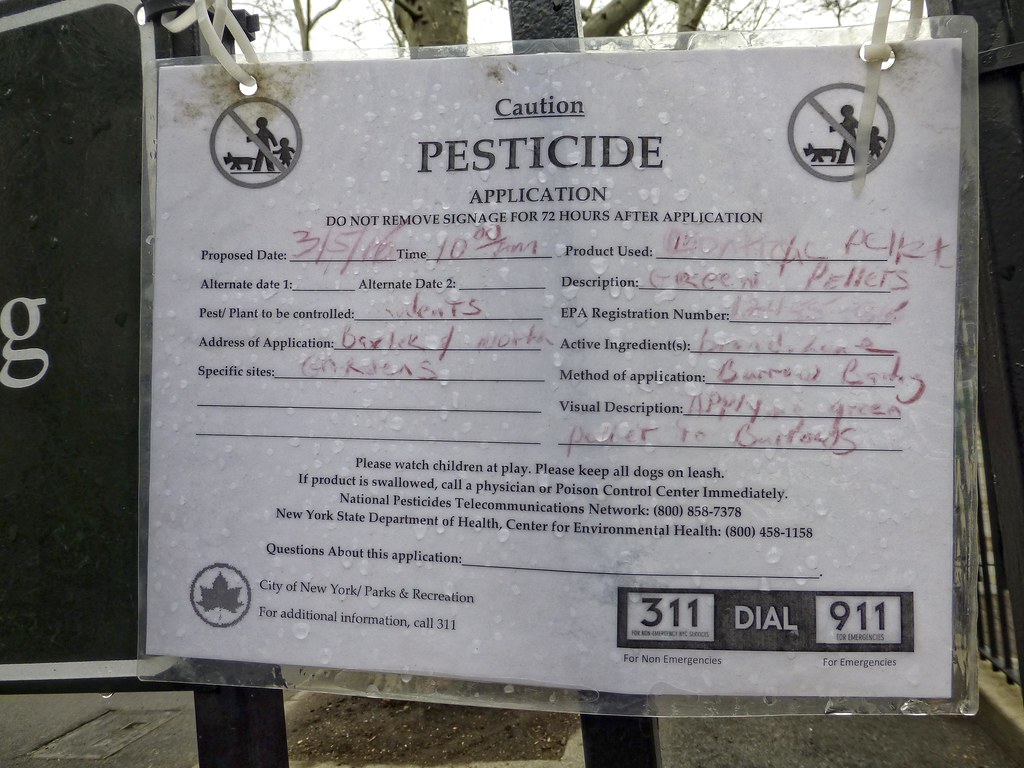 I can't make out the name of the poison, but this notice is for green pellets in the gardens.

Then we have these signs, posted by the Department of Health.  This one is at the Mulberry Street entrance to the playground and bathrooms. 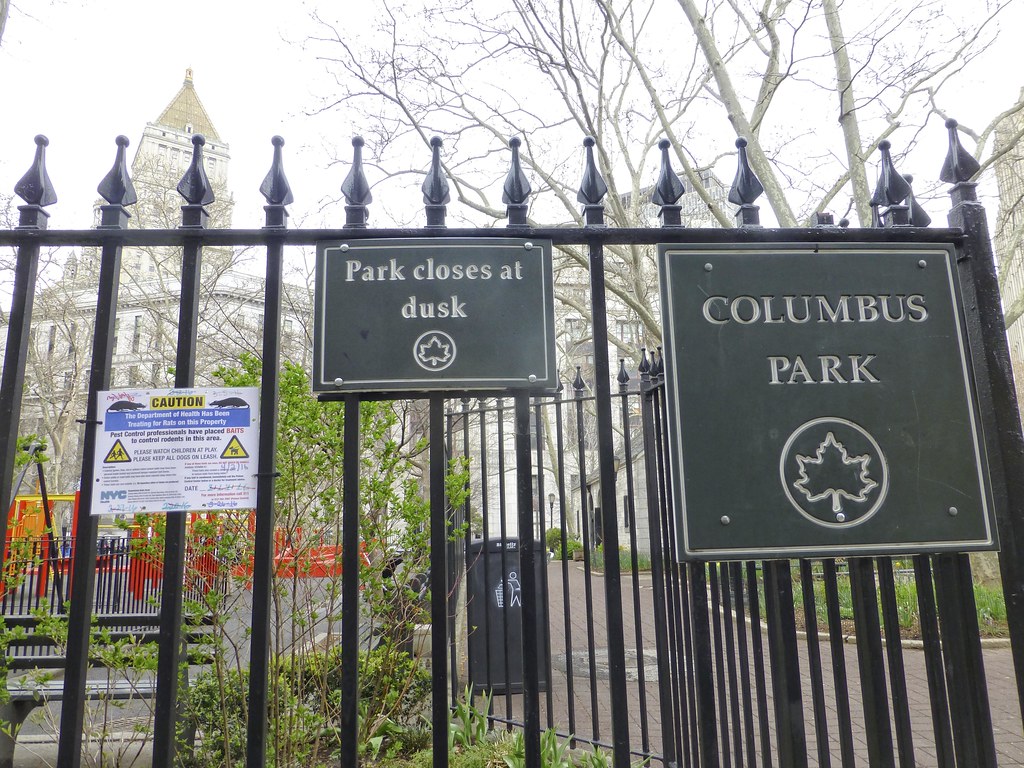 Is it me, or is this an awful lot of baiting?

This sign is on the Baxter Street side, with the city administrative building in the background. 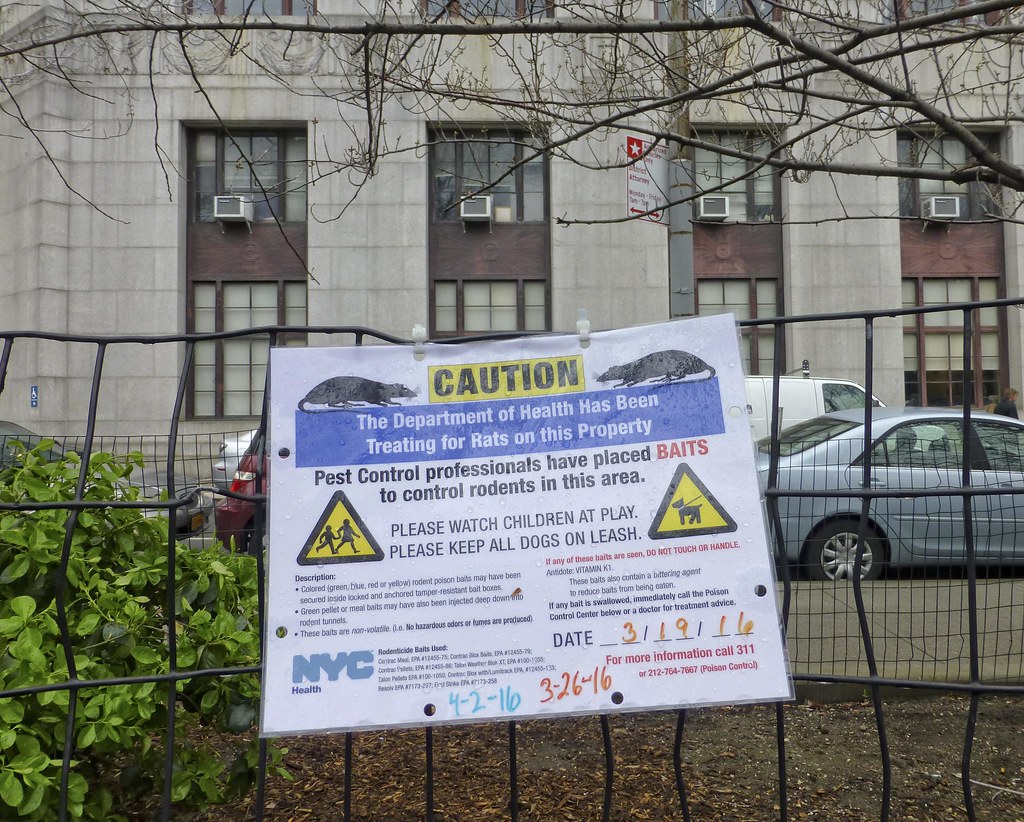 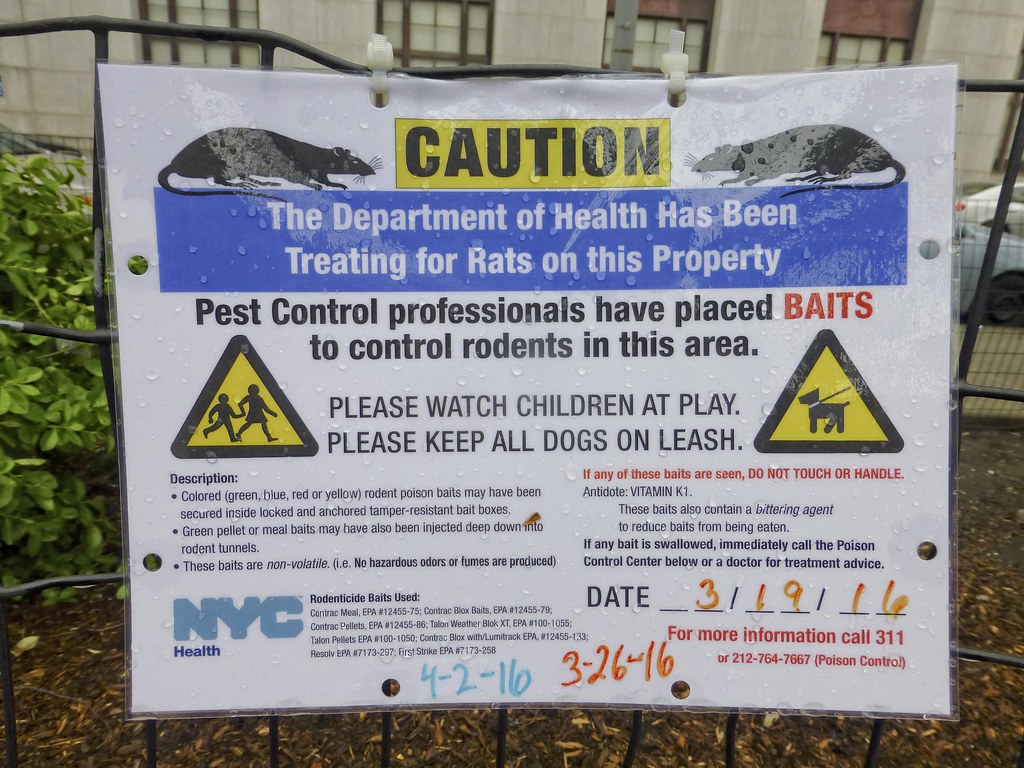 Contrac and Resolv use Bromadiolone as their active ingredient.  It's an anticoagulant, causing its targets to bleed to death internally.

First Strike uses Difethialone, which has been banned by the EPA for residential use.  So why is is allowable in a public park?!

The dead hawk has been sent to the New York State Department of Environmental Conservation for a necropsy to determine the cause of her death.  If/when I know the results, I will post an update.  It seems apparent to me she died of poisoning.  Regardless, I don't understand how it can be at all safe or healthy to have so much poison in a park and playground where there are wild animals, dogs and children.

Please take the time to call, email or send a letter to our City Council about this issue.  It can be any council member, but the one for this area is Margaret Chin:

It is helpful to provide constructive ideas for alternatives to using poison, such as snap traps, or educating people about cleanliness in the park.  Columbus Park does have several of these rat-proof solar-powered trash compactors: 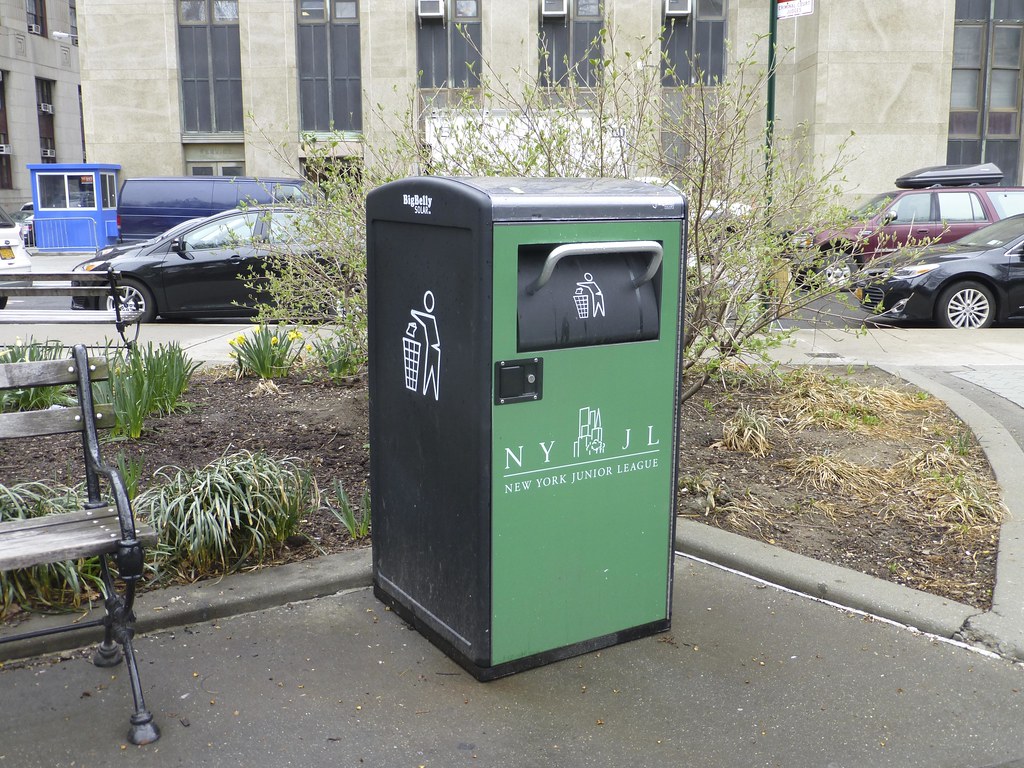 I think these are great, but they're only effective if people use them.

For information on alternative (non-poisonous) pest control, check out Raptors Are The Solution (RATS).  Their website contains a lot of helpful information including ways to take action in your community.
Posted by Laura Goggin Photography at 8:59 PM