As it's nesting time, and Dora is hidden away in the nest, I haven't done much hawk-watching recently in Tompkins Square.  I did, however, spend some time with both her and Christo last Sunday.  There was a wind storm that morning and I was worried their nest might blow away, but everything was fine.

To the surprise of everyone watching, Christo came out of nowhere and caught a mourning dove in a tree near the nest. 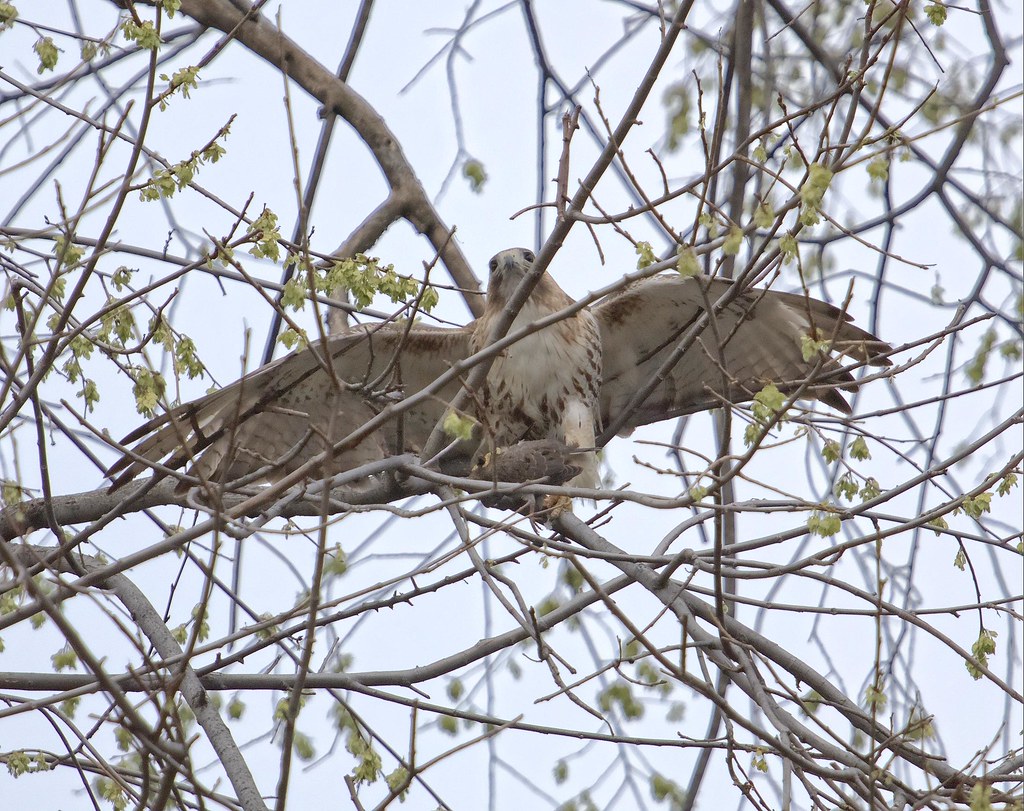 He called to Dora to come get it, but Dora didn't budge from the nest. 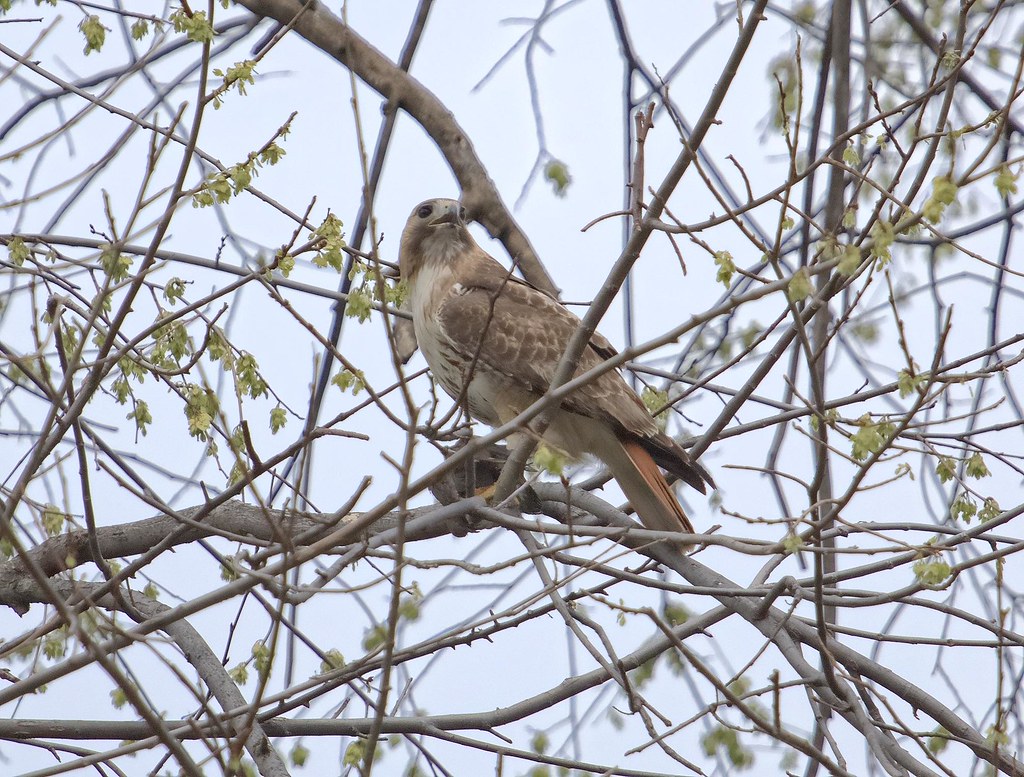 One thing I've noticed over the last three years with this pair is they are a bit stubborn about giving up nest duties.  They each want to sit on the eggs and feed the babies.  When one parent comes to relieve the other, it seems there is always some reluctance to take a break.  They're very dedicated to their jobs.

Christo took the dove to the nest where Dora picked it up and flew it to a tree where she ate it in semi-privacy behind a leafy curtain. 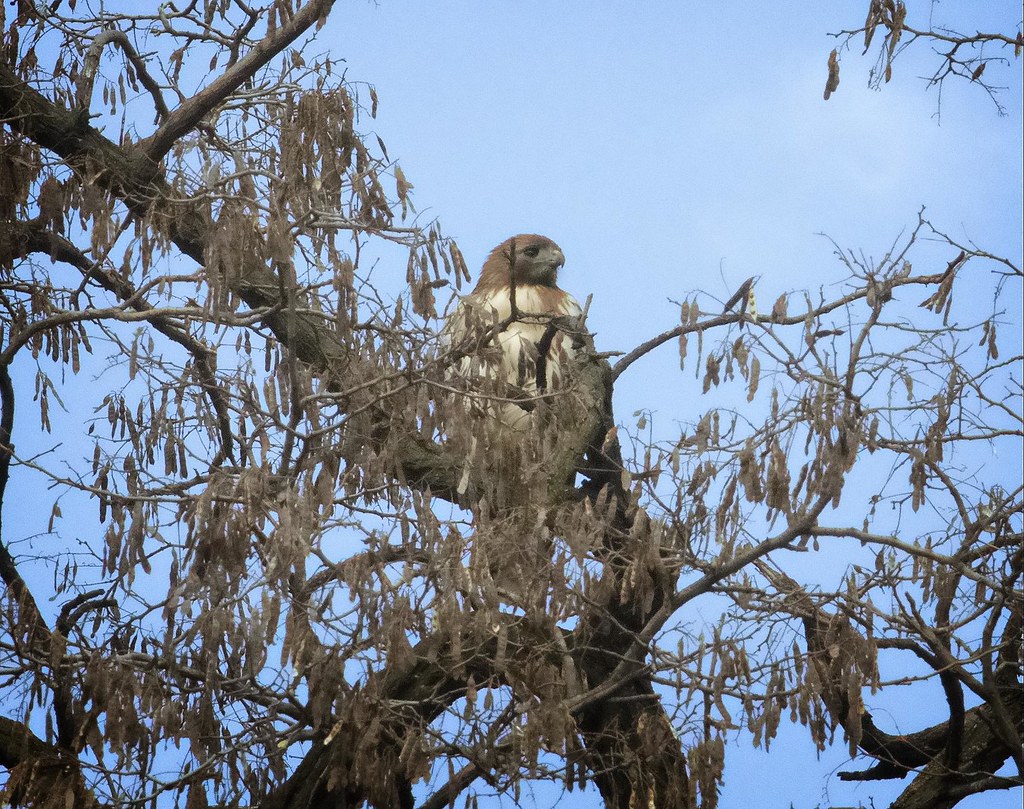 After finishing, she took a short flight around the eastern side of the park. 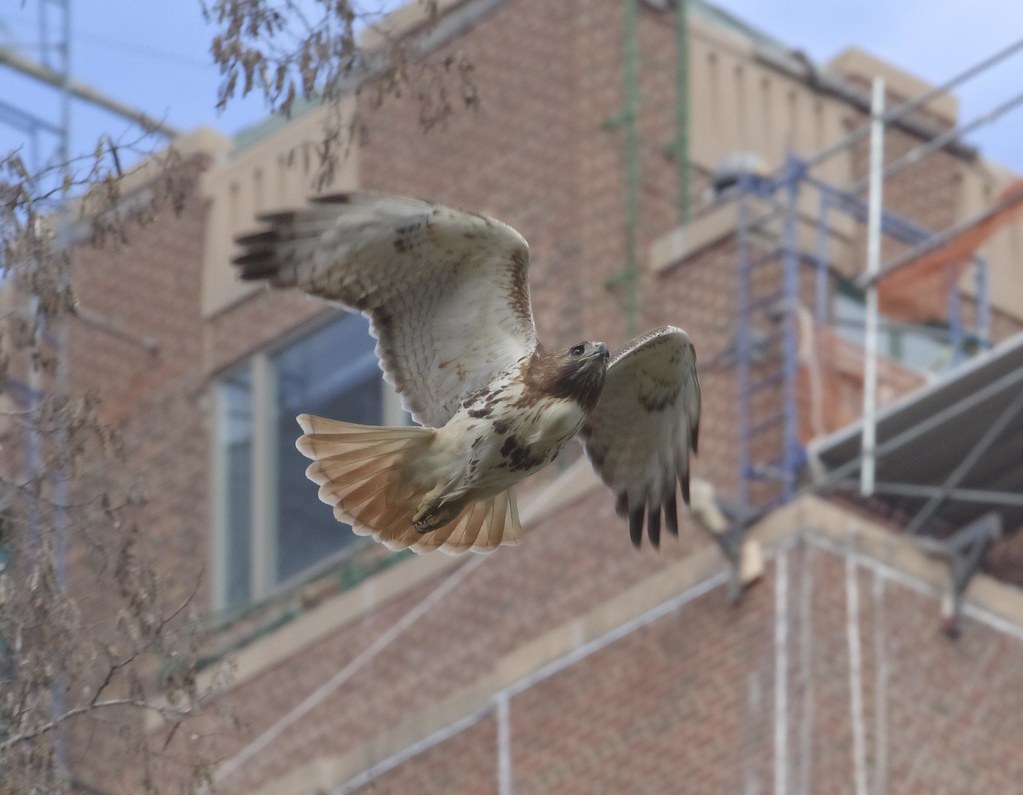 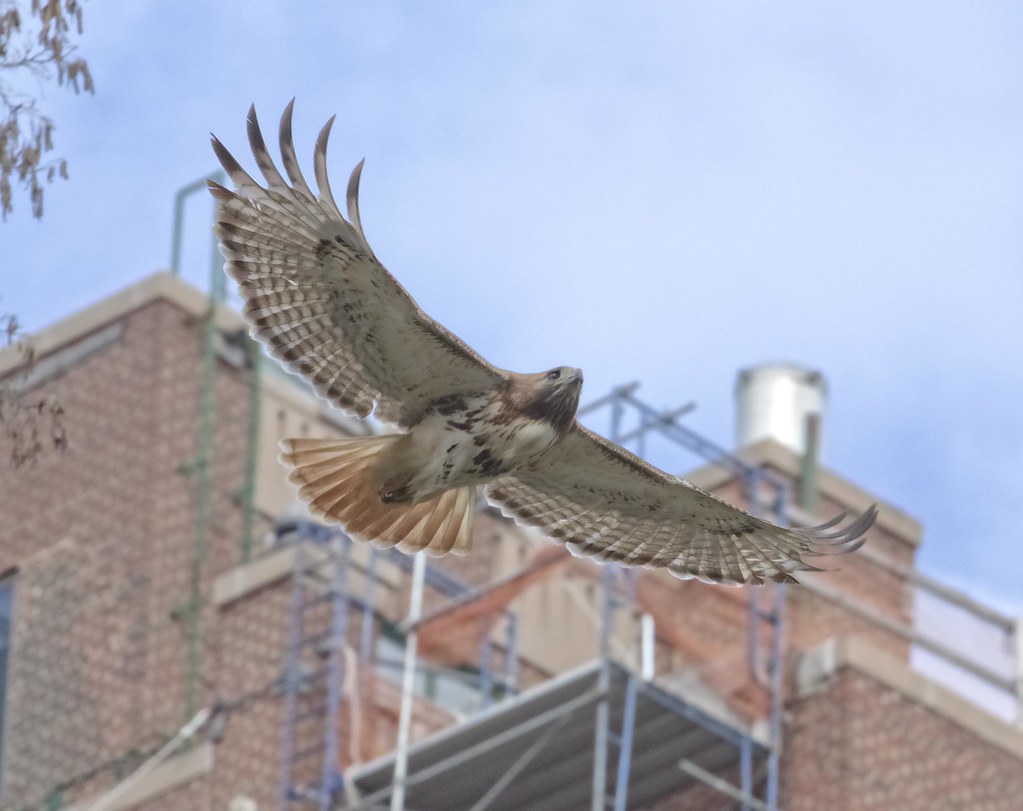 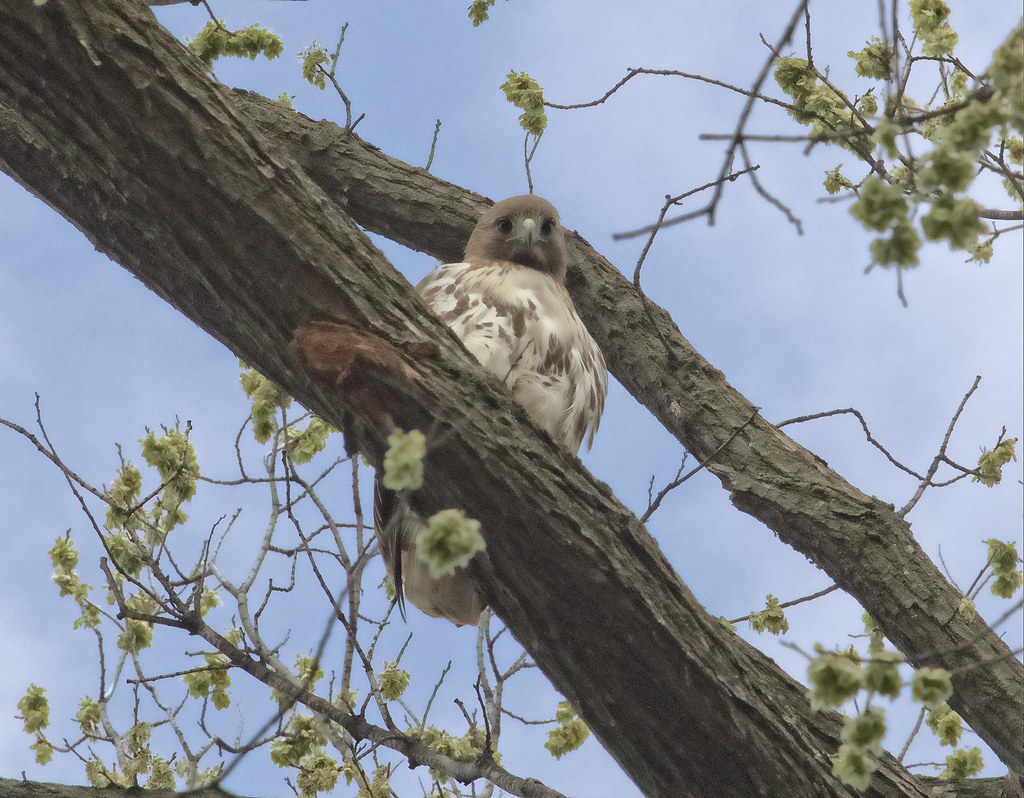 Then she caught a little sun atop the cross at St Brigid's. 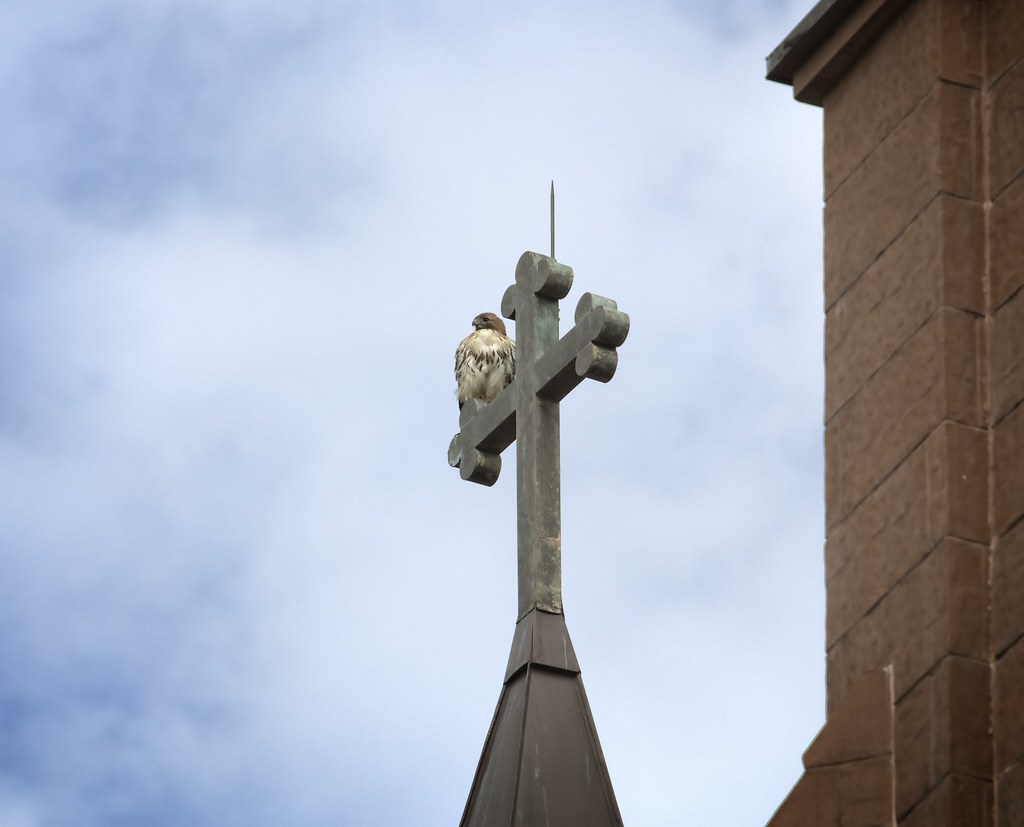 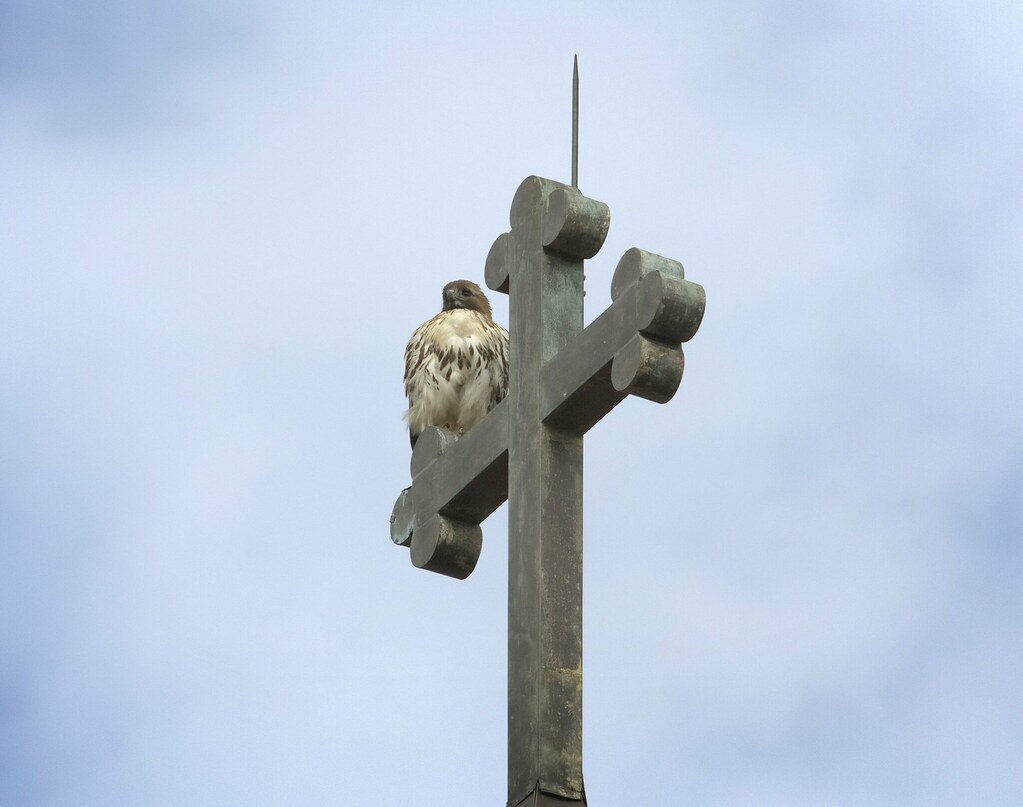 After only a few minutes, Dora returned to the nest.  In the photo below, Christo is still in there - the hawks completely disappear when they lay down inside. 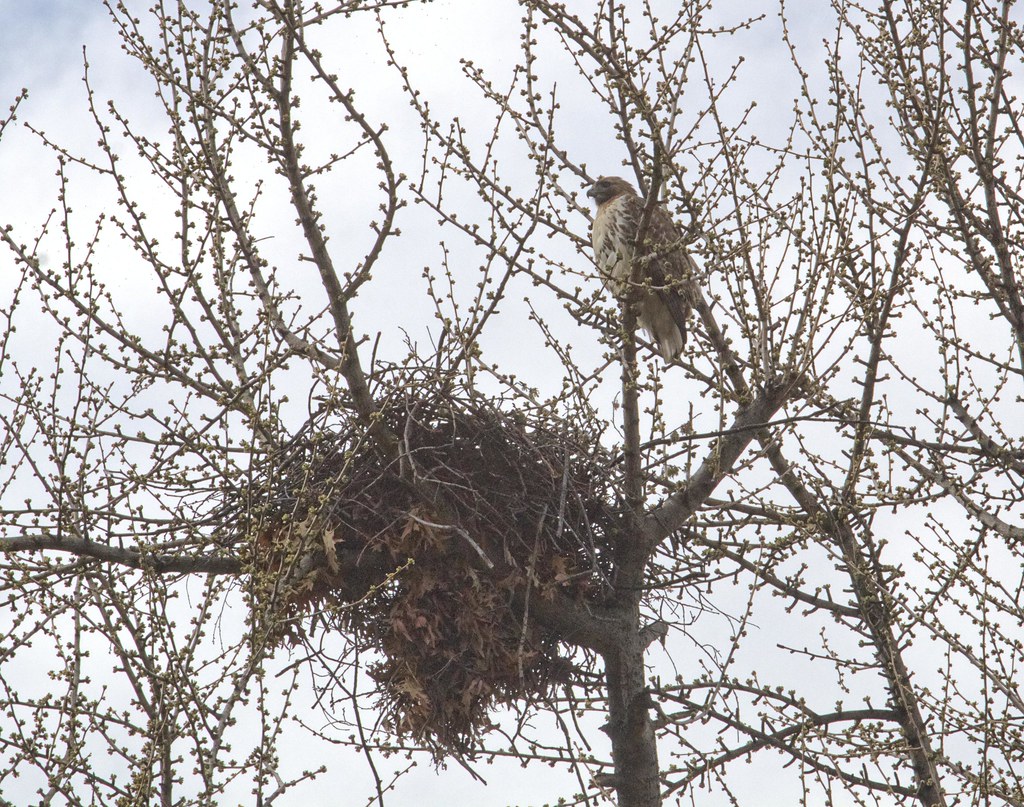 After Dora hunkered down in the nest, Christo popped up. 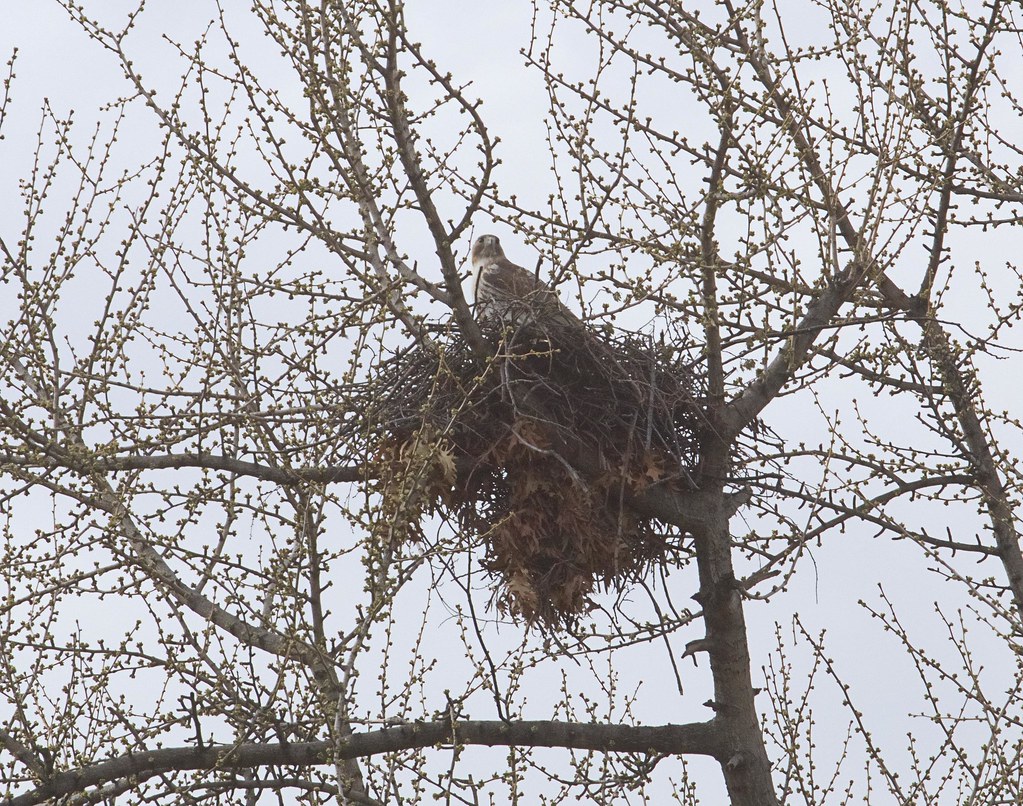 He came out and went hunting for sticks in the nearby trees.  After the heavy wind in the morning, he did a little nest maintenance. 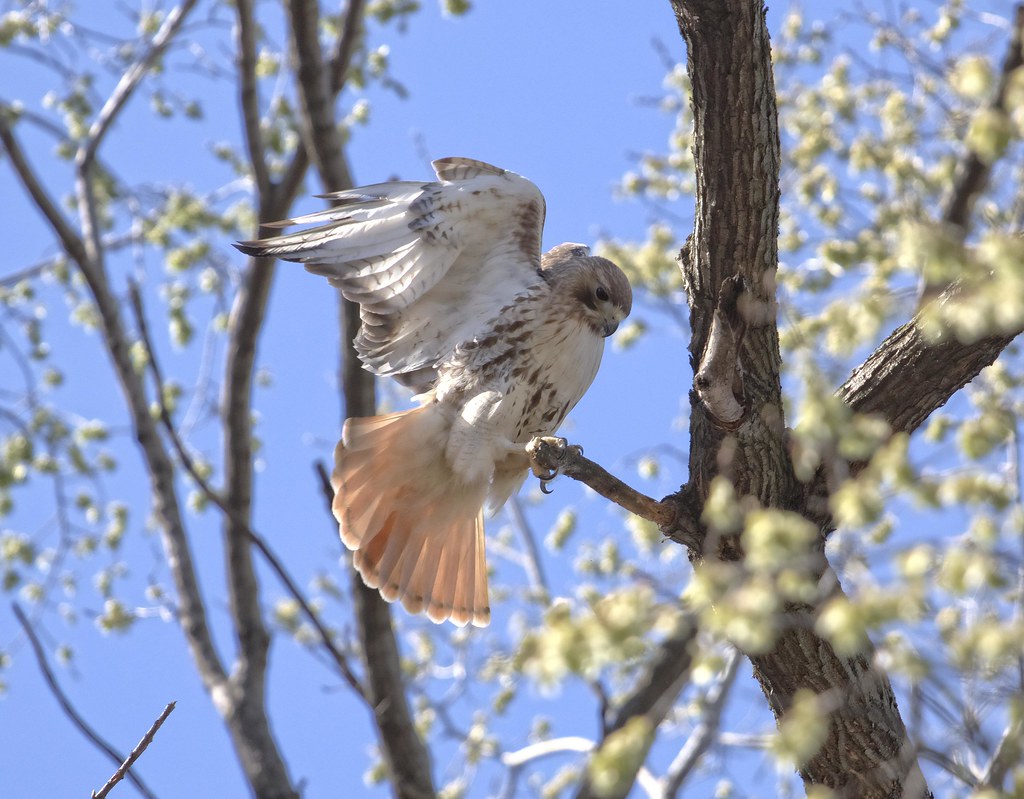 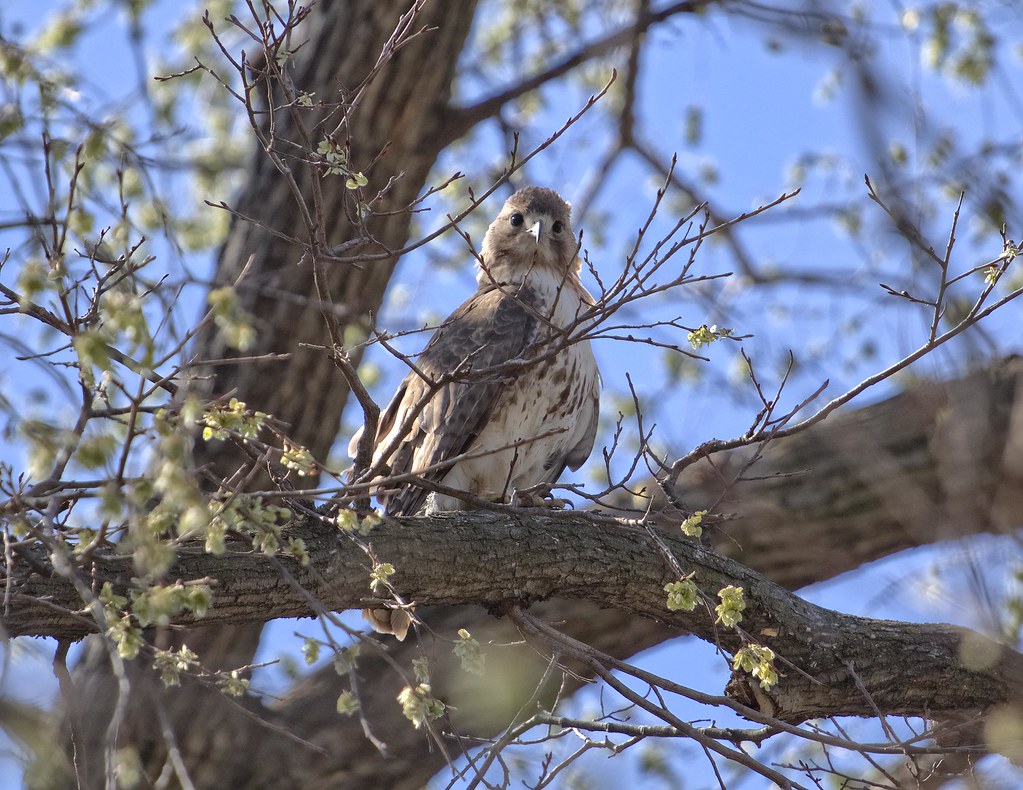 I wasn't the only one enjoying the hawks.  This guy was happy to point them out to his dog.  This is why I love Tompkins Square. 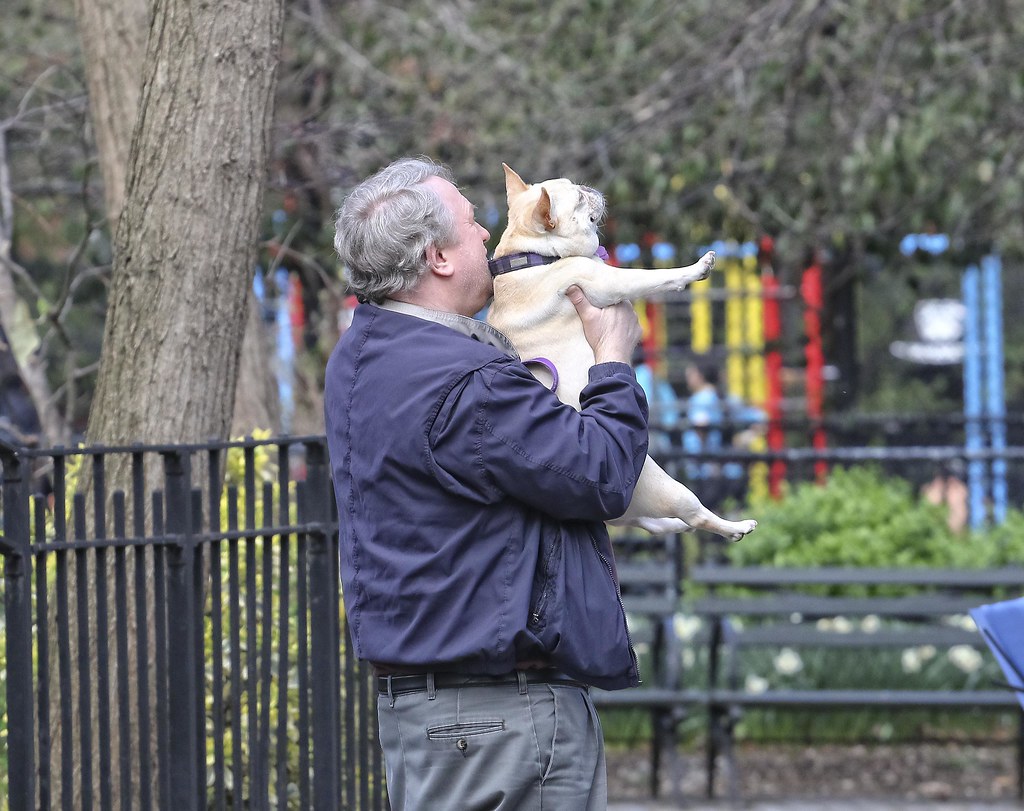