Christo highlights from this weekend

I spent a lot of time in Tompkins Square Park over the last several days where hawk activity has been fairly consistent.  Aside from the resident red-tails, Christo and Dora, I saw at least two Cooper's hawks, a kestrel, a Peregrine falcon and some migrating juvenile red-tails. 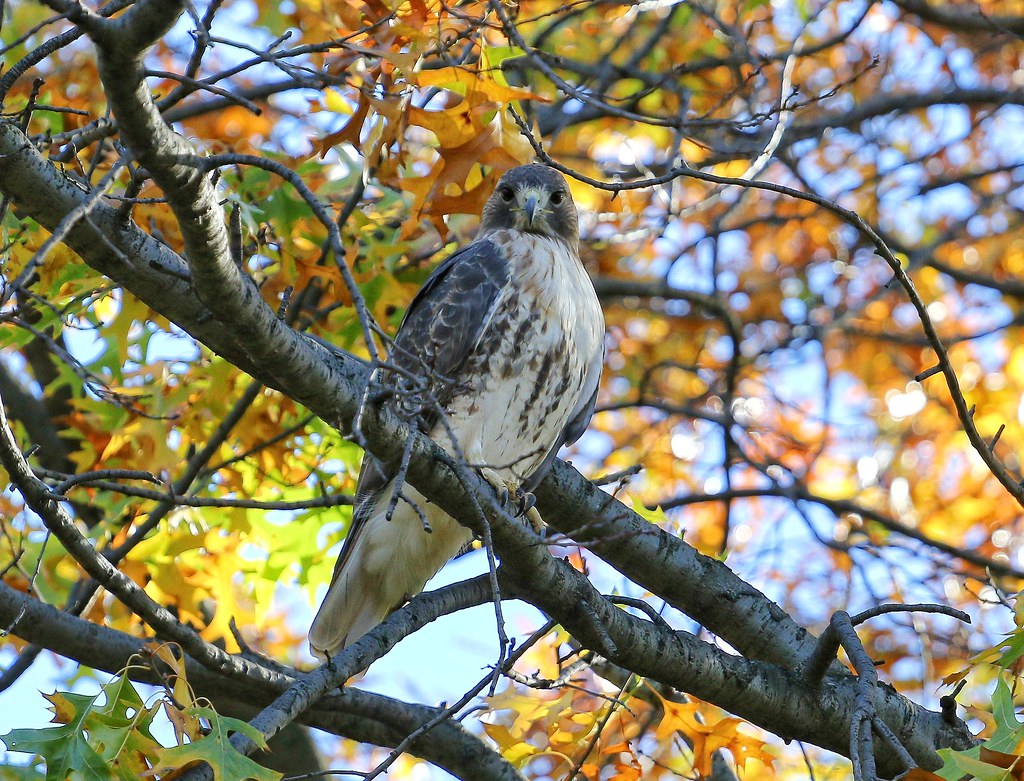 Friday was extremely windy, with gusts up to 40 mph.  This made photographing the birds a challenge, as they would catch the wind in their wings and shoot across the park as fast as lightning.  They also had some difficulty perching on branches that would violently toss around in the wind.  Below, Christo struggles to regain his balance after being blown off a branch. 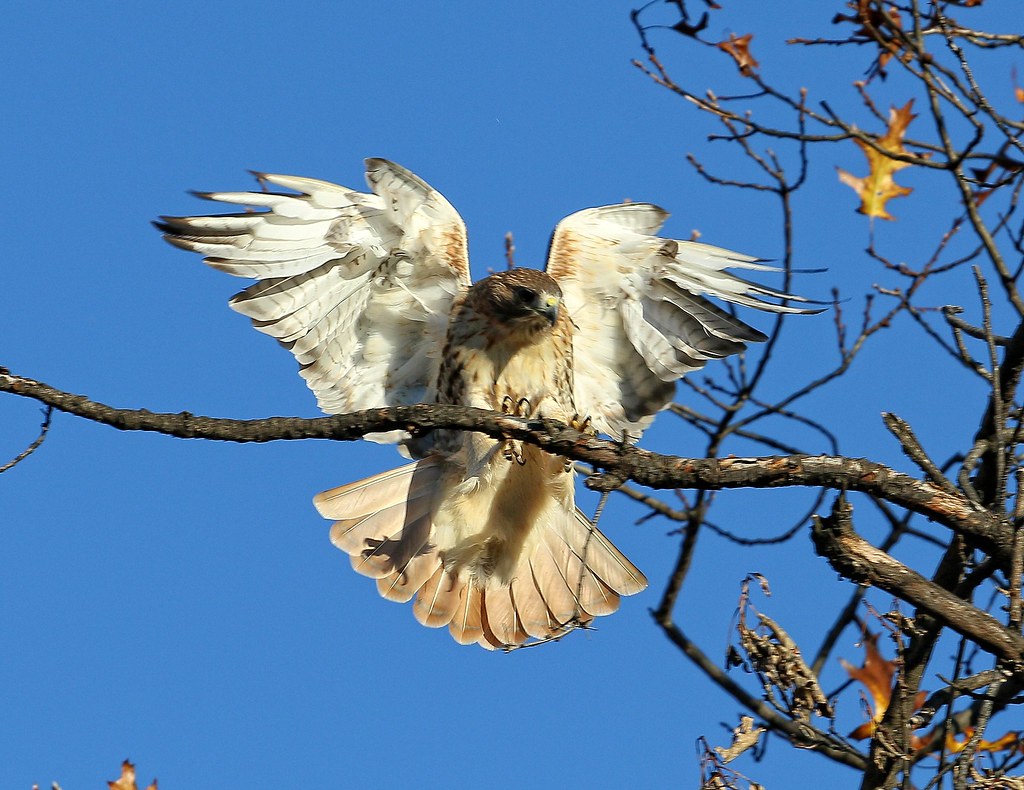 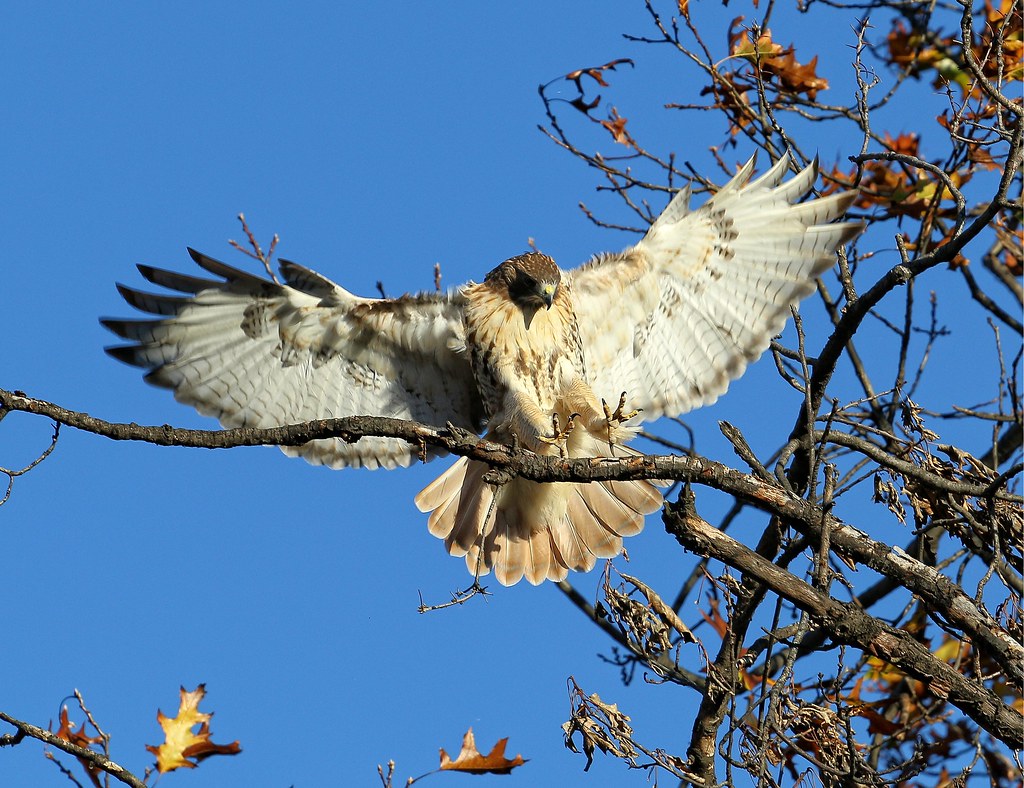 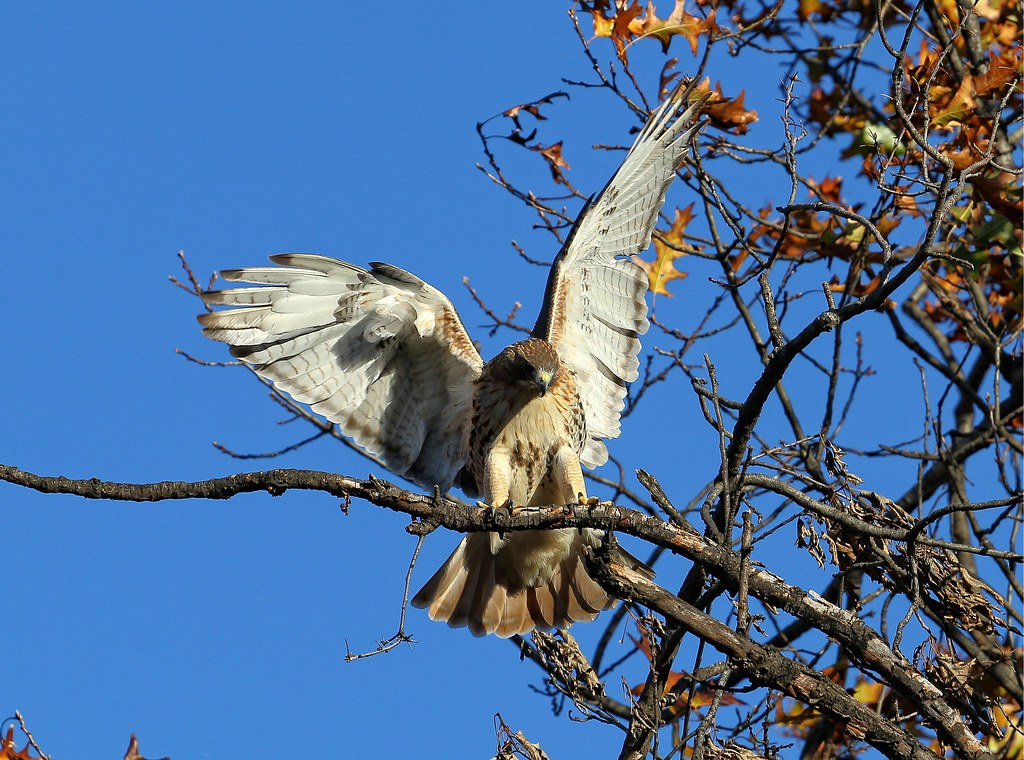 Urban Hawks has some video of Christo maneuvering in the wind.

Later that afternoon, Christo appeared to be hunting behind the park offices, but never caught anything. 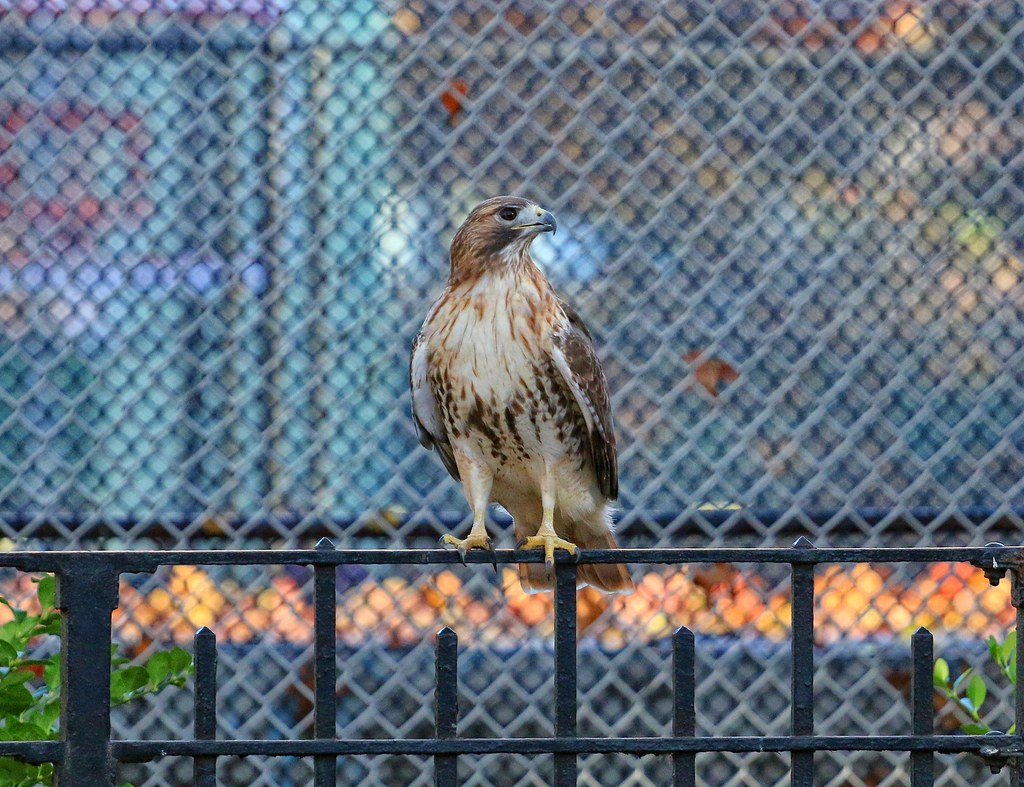 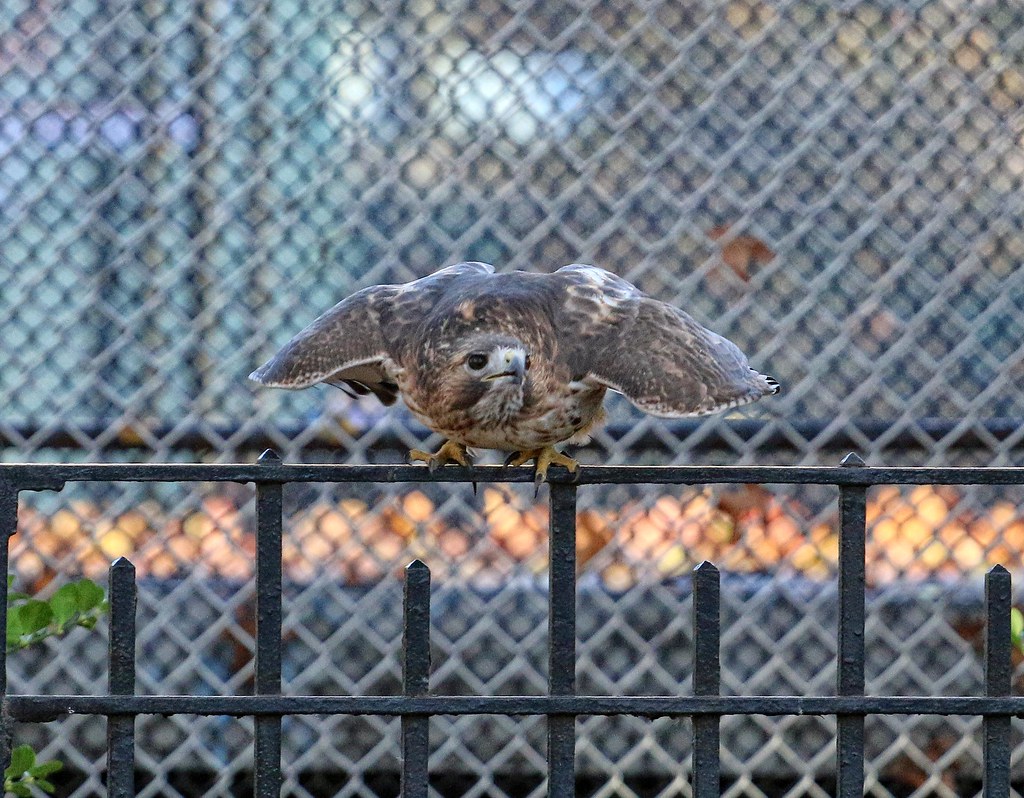 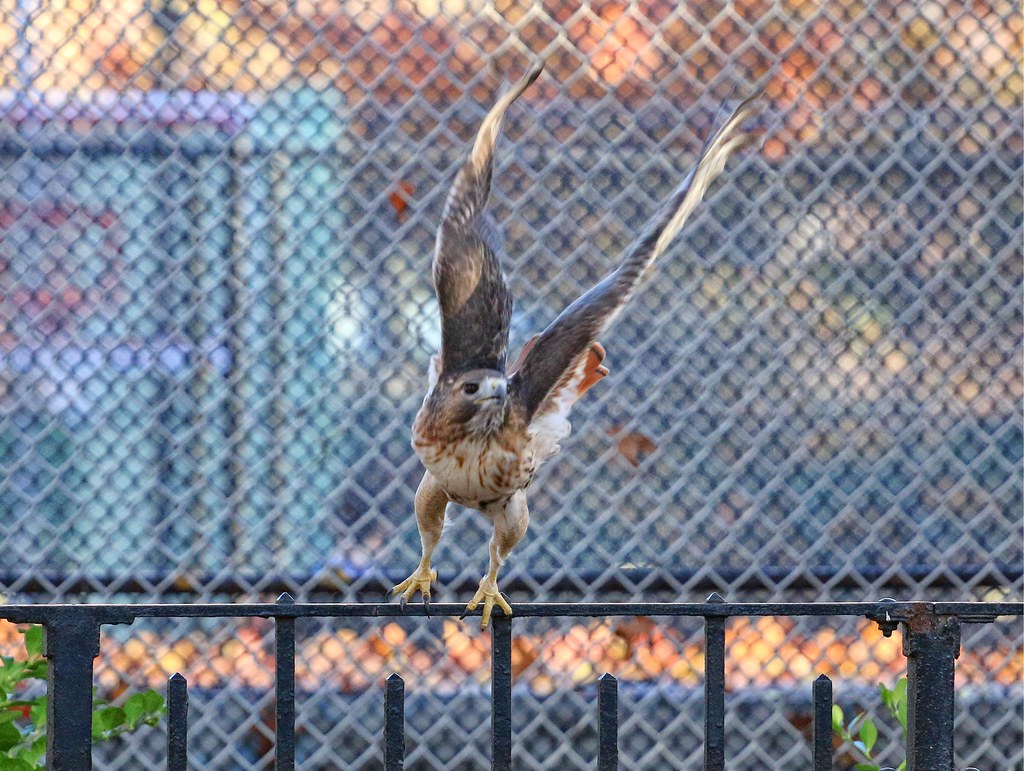 I love watching him take off. 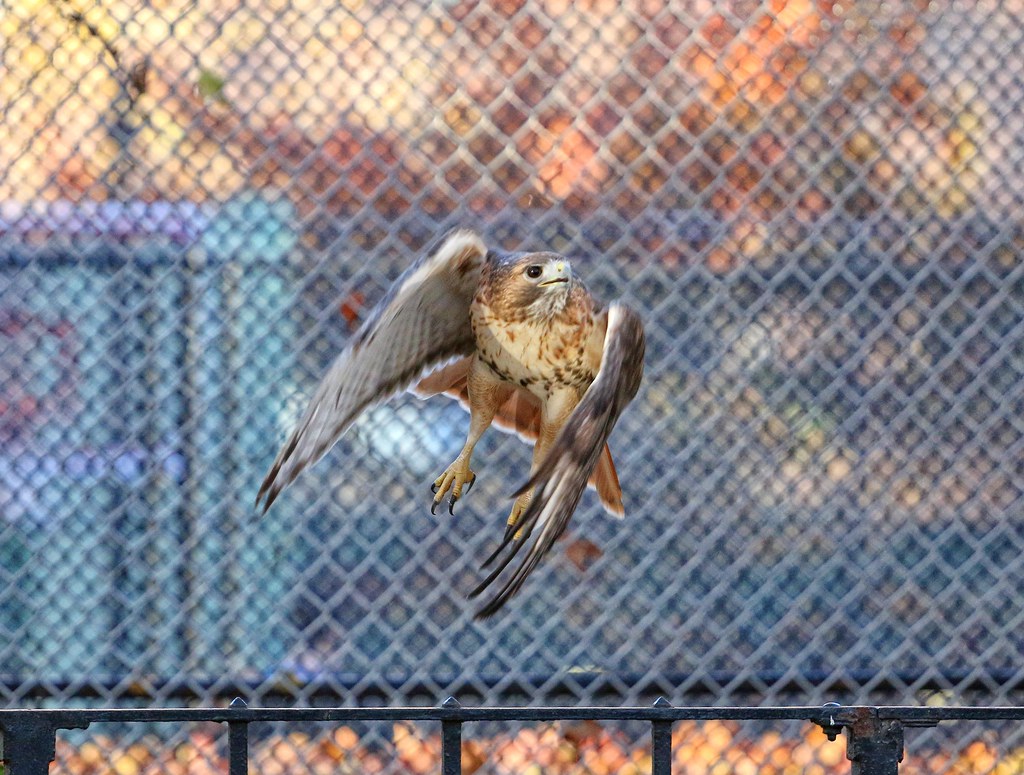 Check out his long talons! 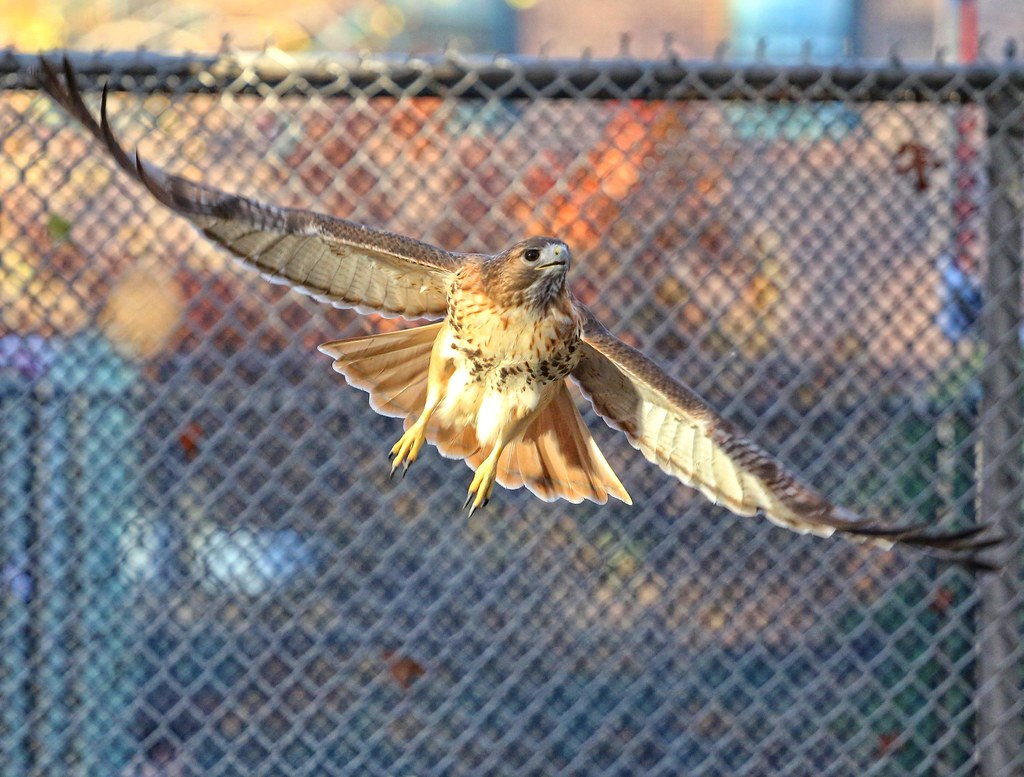 On Saturday, Christo perched atop the cross at St Nicholas of Myra on Avenue A and 10th Street. 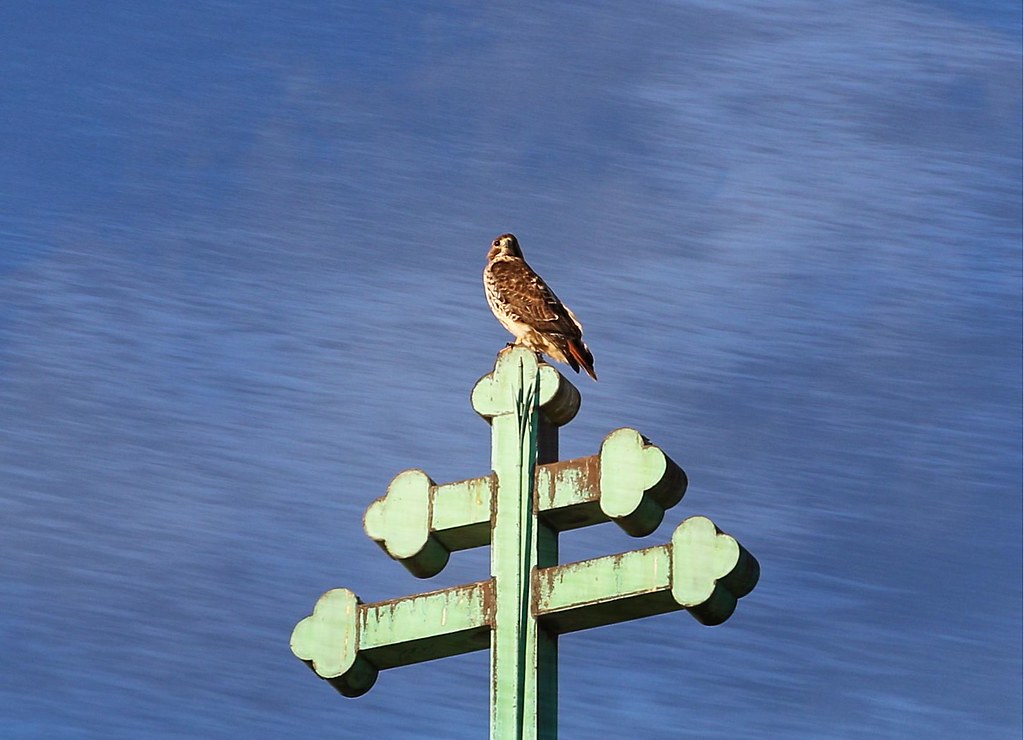 So, where's Dora?  She's definitely around - Christo just makes himself more available for photographs.  The pair was seen together in the park quite often this last weekend and I'll include photos of her in my next post.
Posted by Laura Goggin Photography at 8:04 PM