Hawk-watching has been a little slow this week.  Red-tails Christo and Dora continue to work on their nest in Tompkins Square, but they also spend a great deal of time away from the park and out of sight.

While I was waiting around in the park for them to appear the other afternoon, this adult Cooper's hawk circled right over my head. 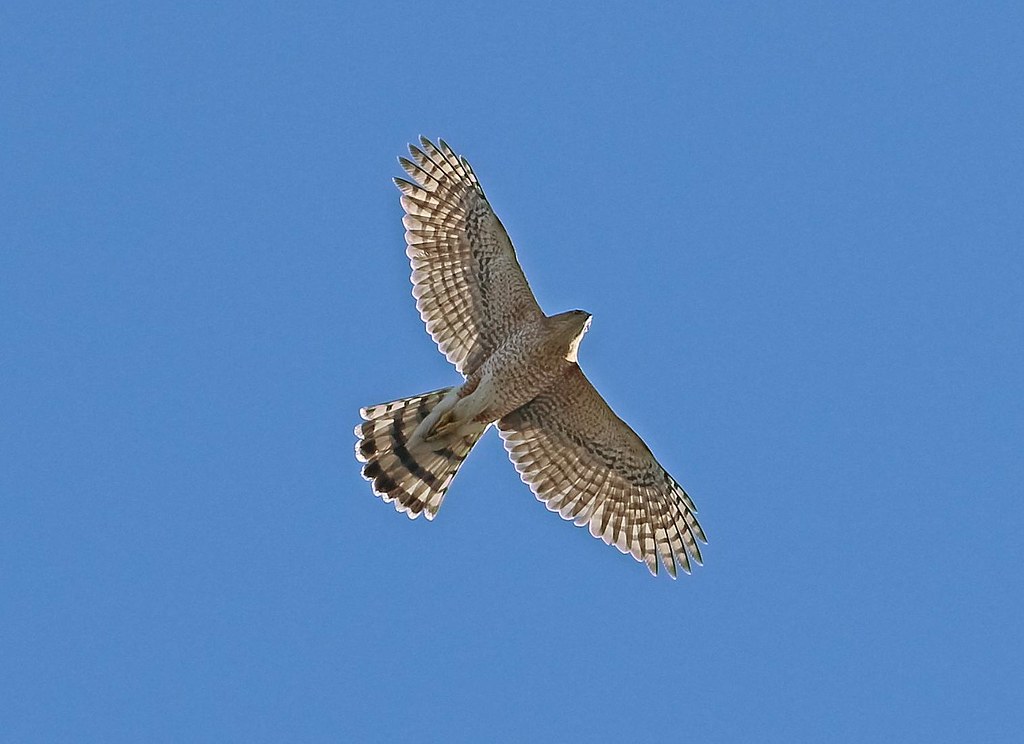 I've seen more Cooper's hawks this winter than ever.  In years past, I was lucky to see one or two, but this year, I can count on seeing one almost every day.  They are not as easy to track as the red-tails, so I don't know exactly how many have been around, if the same ones have stayed in the neighborhood all winter, or if there have been several different individuals.  I've seen at least two distinct adults and the rest have been juveniles.

On Saturday, Christo was perched in a tall tree in the NE corner of the park.  He kept looking down, and I assumed he was watching a squirrel on the branch below him.  Suddenly, he tipped forward and dove straight down... 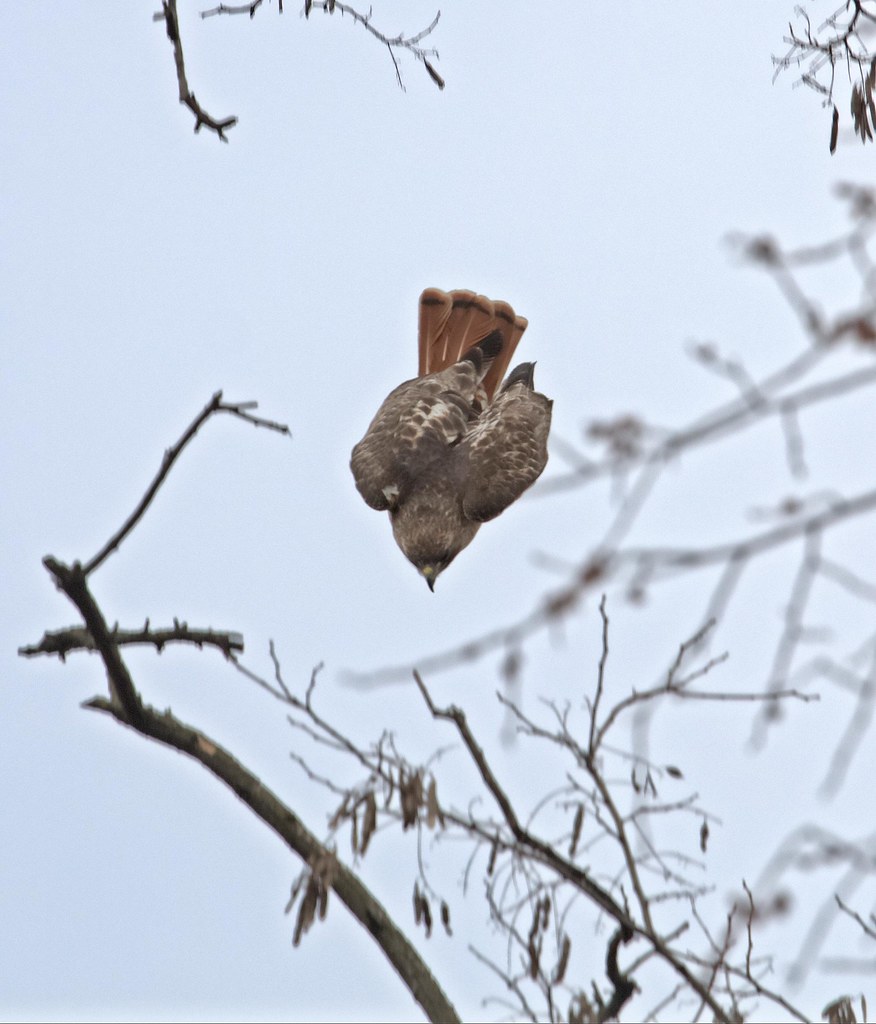 I thought he'd grab the squirrel on the branch, but he landed on the ground where half a rat lay in the grass. 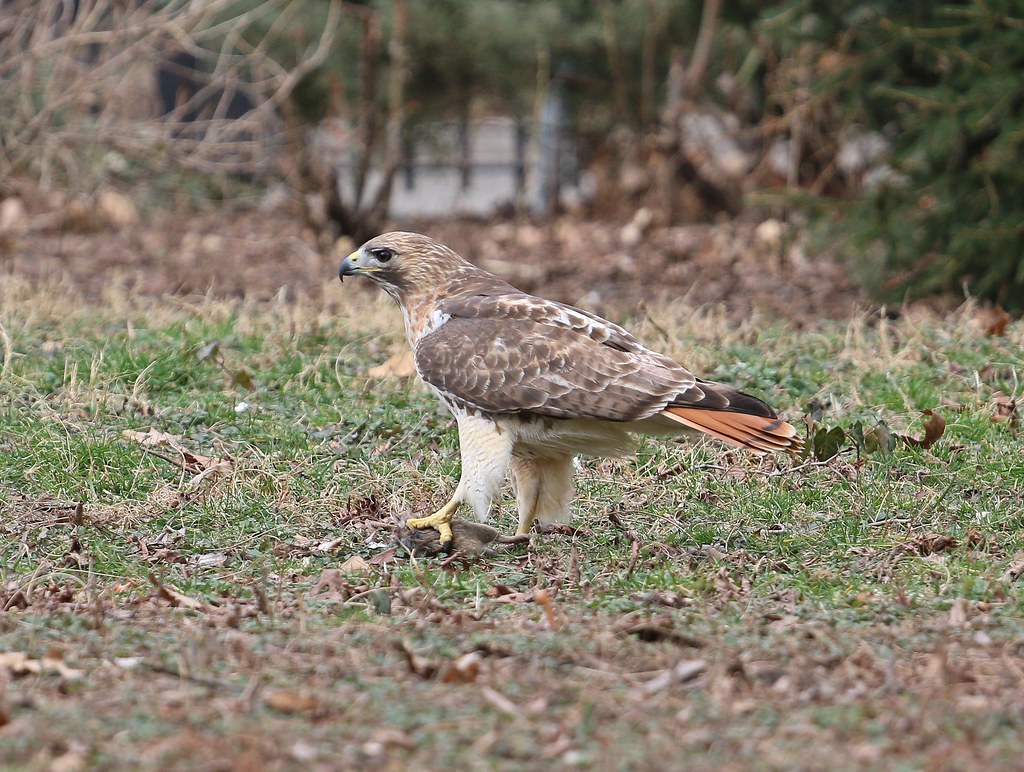 Christo picked it up, flew it to a tree and called for Dora.  Nothing goes to waste! 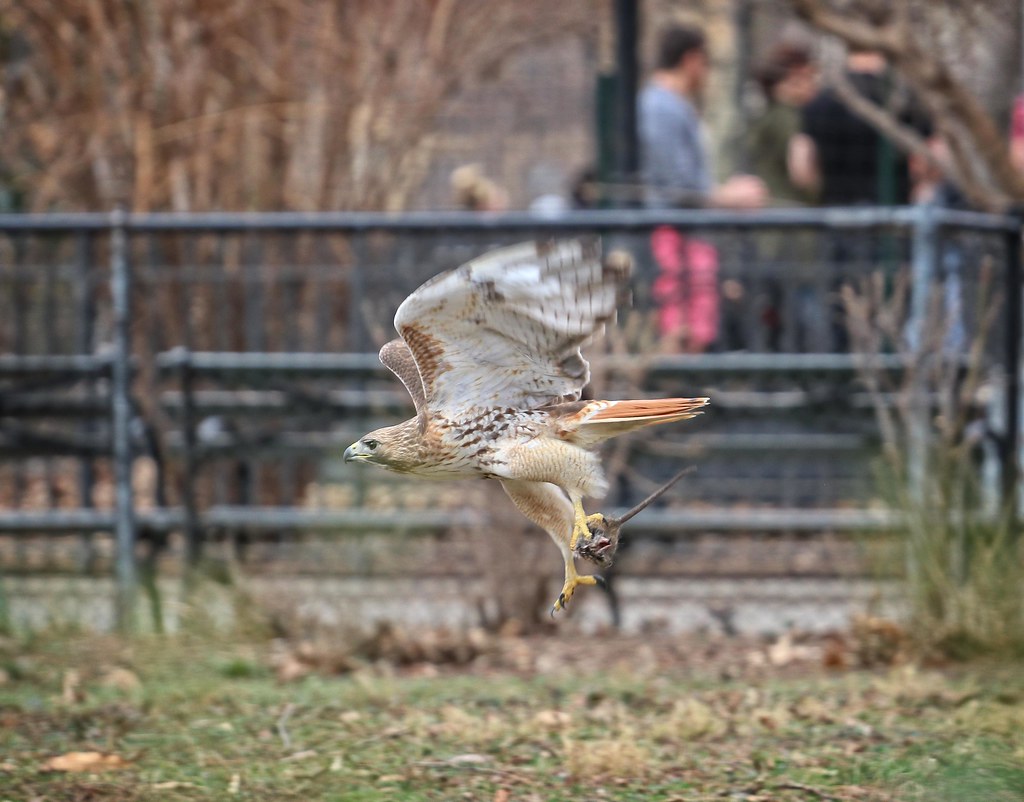 When Dora didn't respond right away, Christo flew the half-rat around the park. 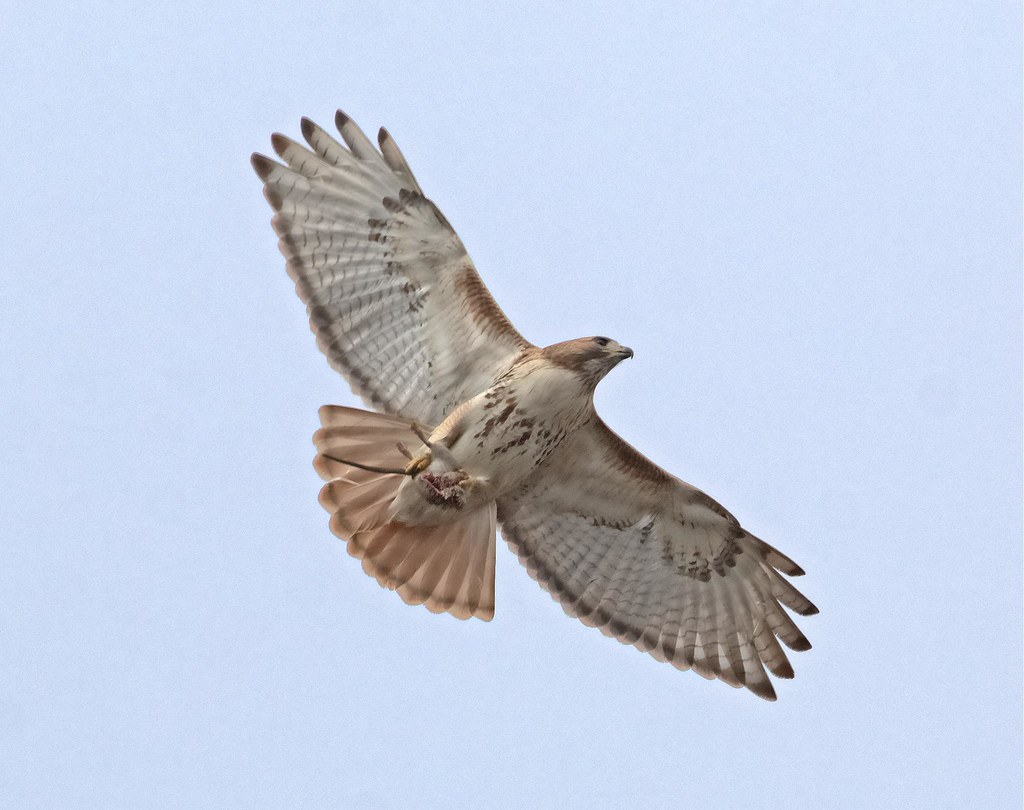 Finally, Dora swooped in and accepted the gift. 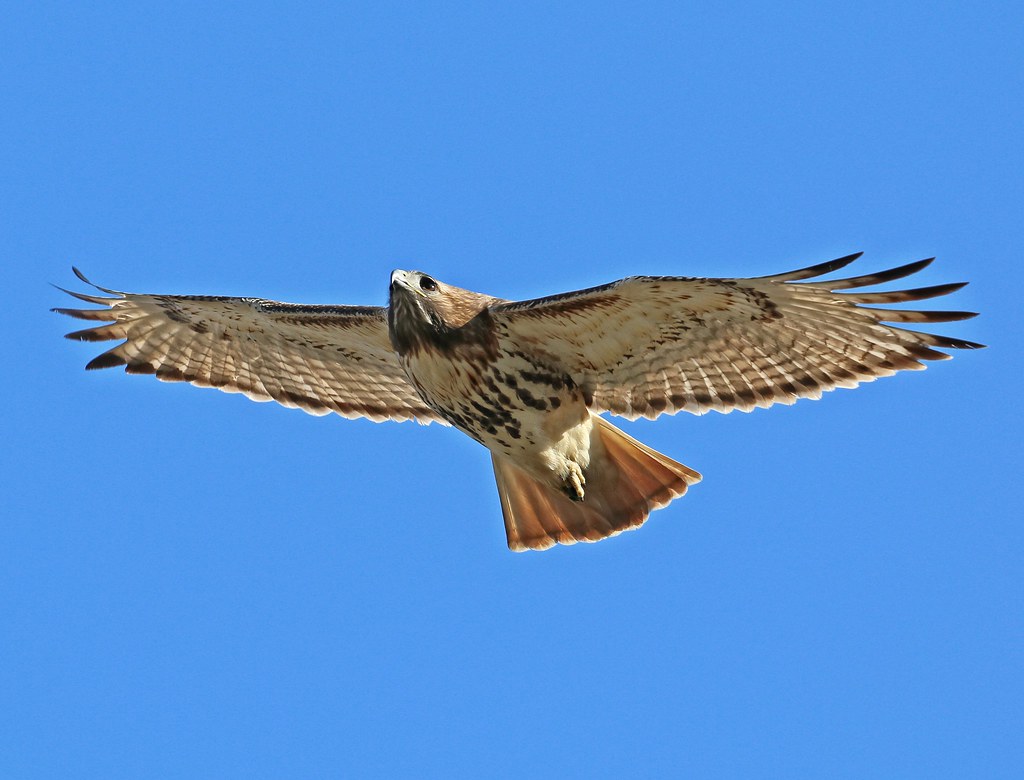 The second she was done eating, Christo jumped on top of her to mate. 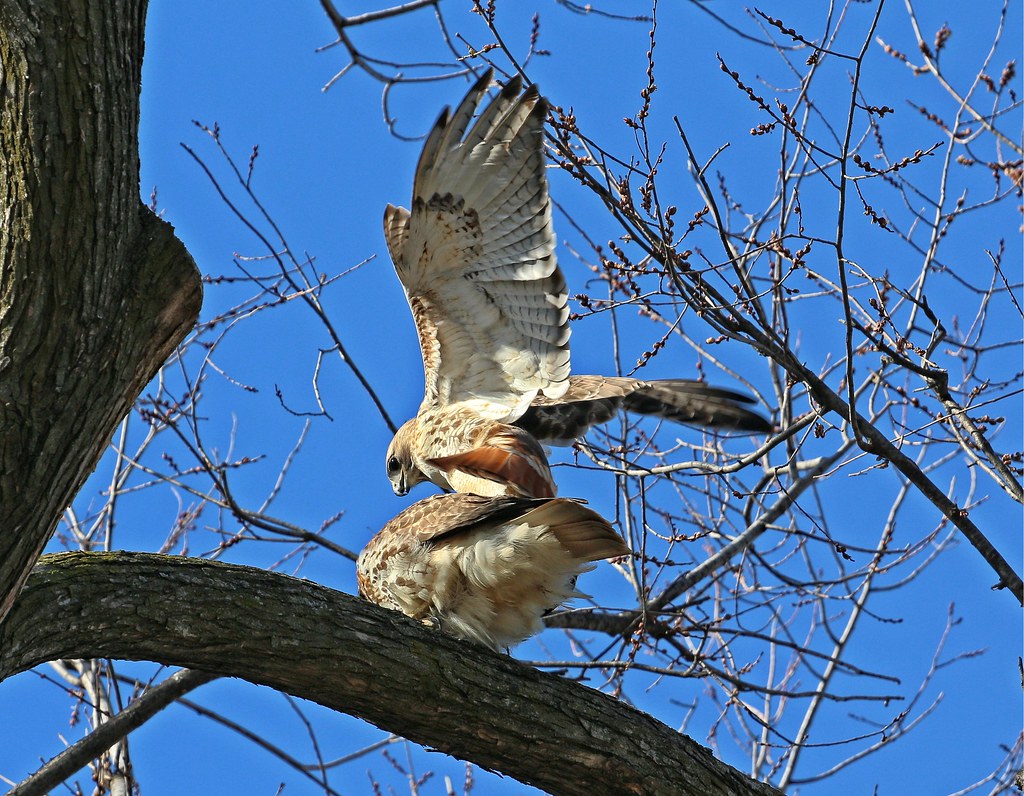 I couldn't get a very good angle for gawking, so had to settle for this view from behind.  Below, Christo's tail is on the left, Dora's is in the upper right, and the rest is a tangle of wings. 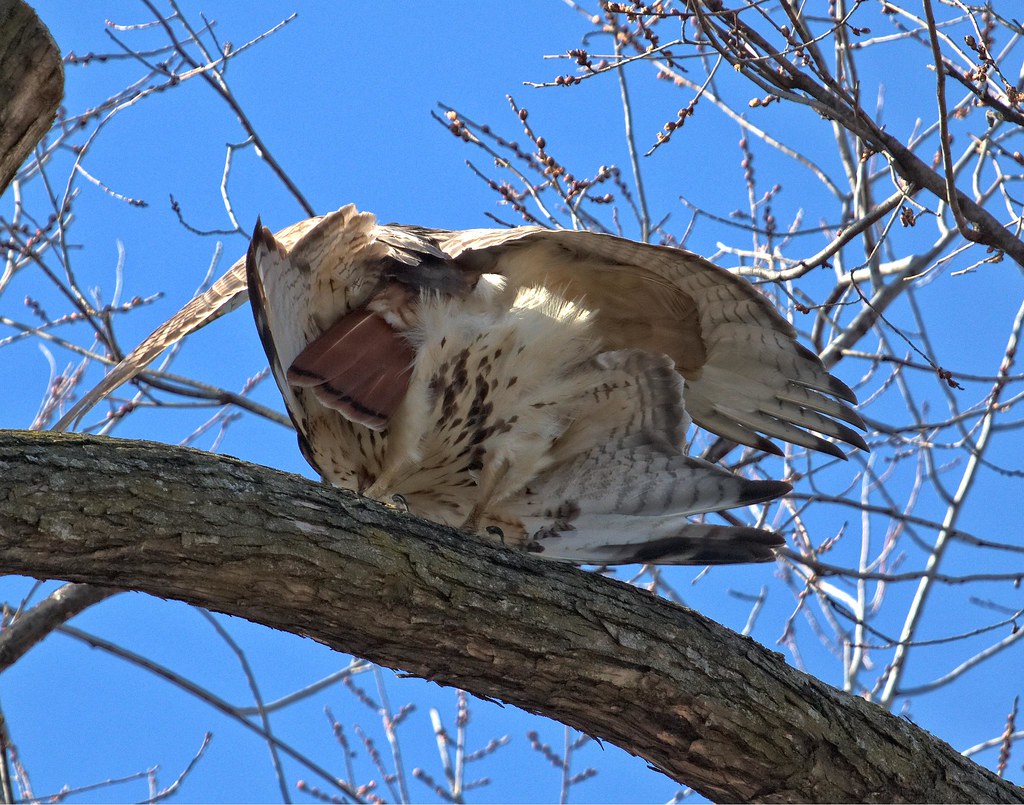 Afterwards, the pair flew around in the sunshine, then left the park and were out of sight. 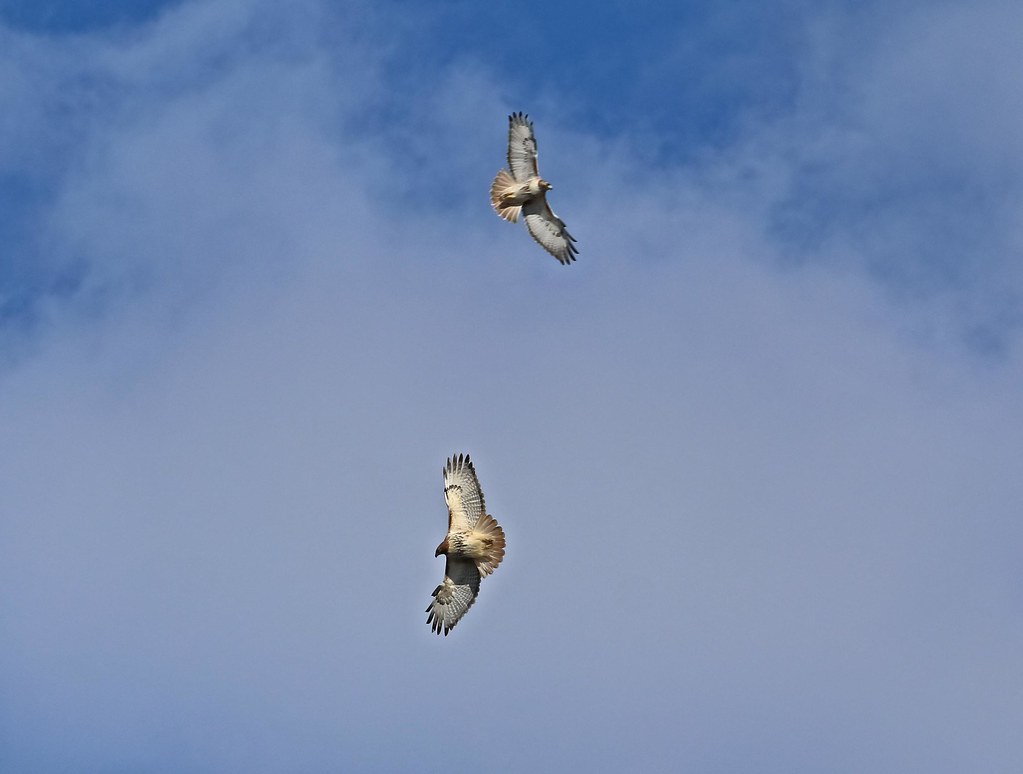