Thanks to the winter storm today, I was able to stay home and keep an eye on our hawks.  Around 1:15 this afternoon, I ventured into Tompkins Square where I found Dora in the nest.  She stood up for just a moment to readjust herself in the blowing sleet.  Below are some rather awful (!) photos I took of her. 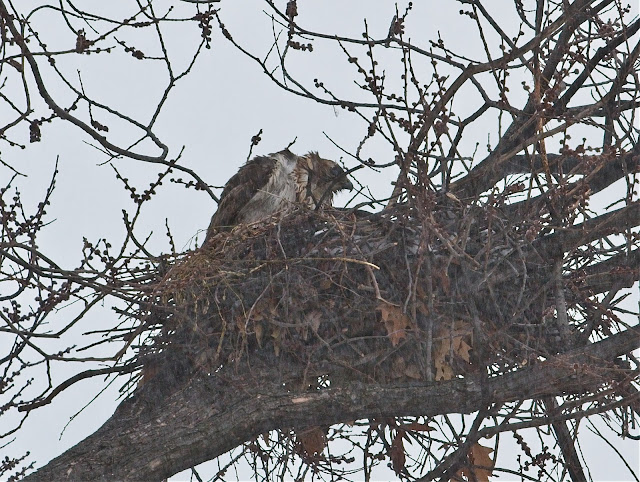 After standing up, Dora looked down as if she was focused on something. 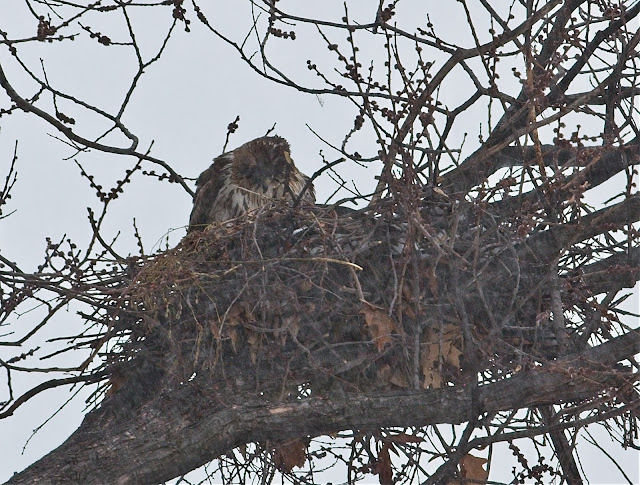 Then she hunkered down in the nest and was barely visible from the ground. 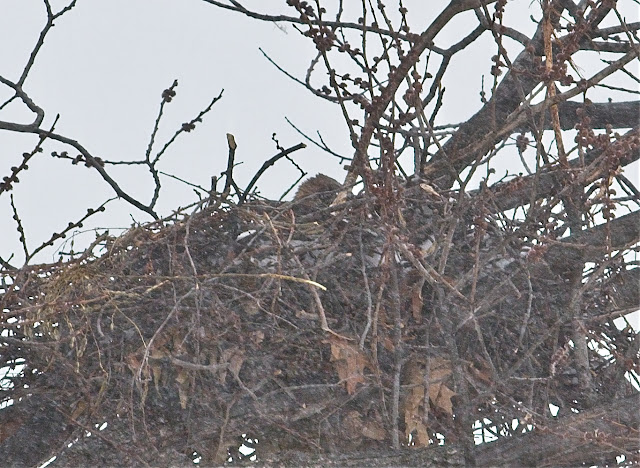 This afternoon, at 4:25pm, a fellow hawk-watcher confirmed that Christo flew in and they did a nest exchange.  So, at least one egg has been laid, either today or yesterday.  We can likely expect Dora to lay two more over the next couple of days, although it will be impossible for us to know exactly when or how many are actually there.  We will find out in a couple of months when the babies poke their heads over the side of the nest. 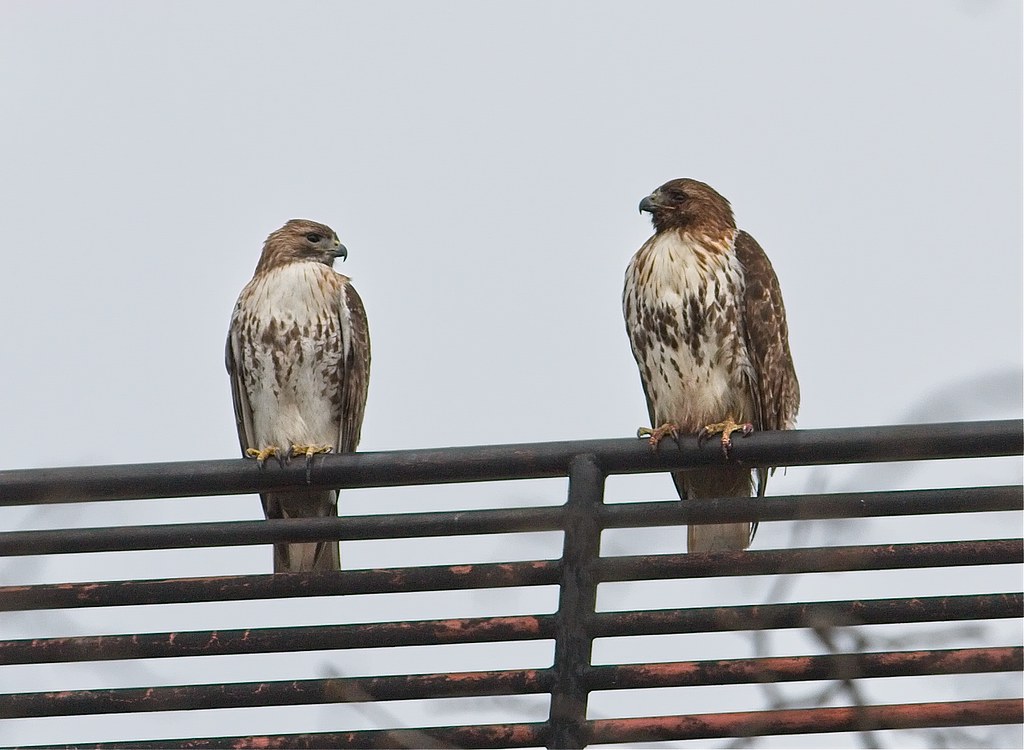 Christo and Dora relaxing on 10th Street on Saturday.

Meanwhile, over in Washington Square, Bobby and Sadie have two eggs.  I took the below screenshots earlier today.  The first shows Sadie holding a frozen rat around 11am.  She had a quick brunch before settling back down on the egg. 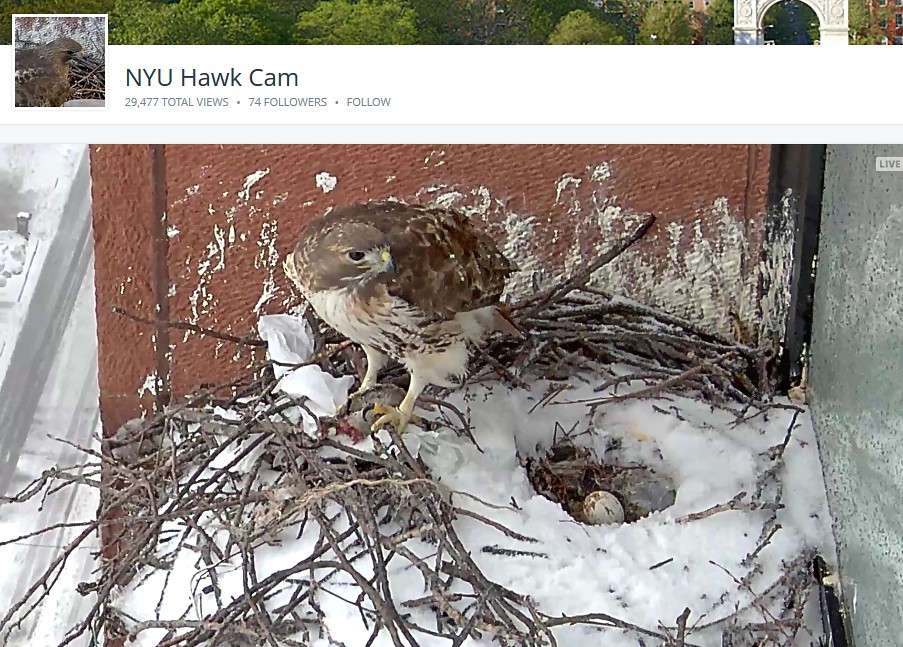 Just before noon, a second egg appeared.  This screenshot was taken at 2:15pm. 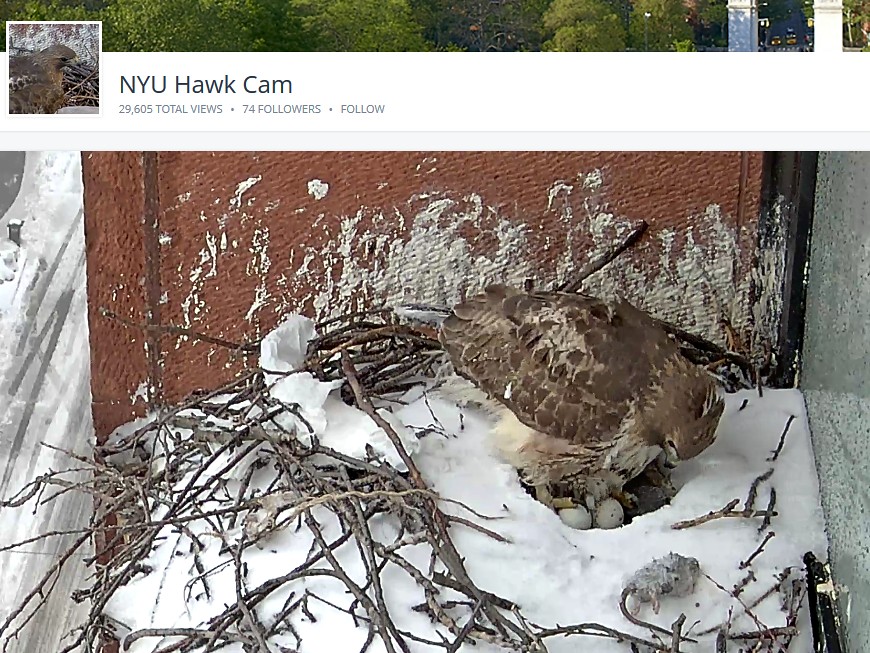 You can tune in to the live NYU Hawk cam here.  Also check out Roger Paw's website for regular WSP hawk updates.

Urban Hawks confirmed earlier this week that Pale Male and Octavia are brooding on 5th Avenue.


Back to Tompkins Square...

If we assume Dora laid the first egg today (March 14), we can expect hatch time to be in about 35-40 days (April 18-23).  Last year, we surmised she laid eggs on or before March 13 and there was at least one hatchling by April 23.  We will update when we know more.