Christo and Dora ease into spring

It's the first week of March, and the Tompkins Square hawks are putting the finishing touches on their nest.  Based on previous years, I'm expecting eggs to be laid by the end of the month.

Until then, Christo and Dora are going through their mating rituals in the park.  Christo catches food and offers it up to Dora as a gift.  Below, Dora swoops in on a squirrel that Christo has left her on the branch (lower left). 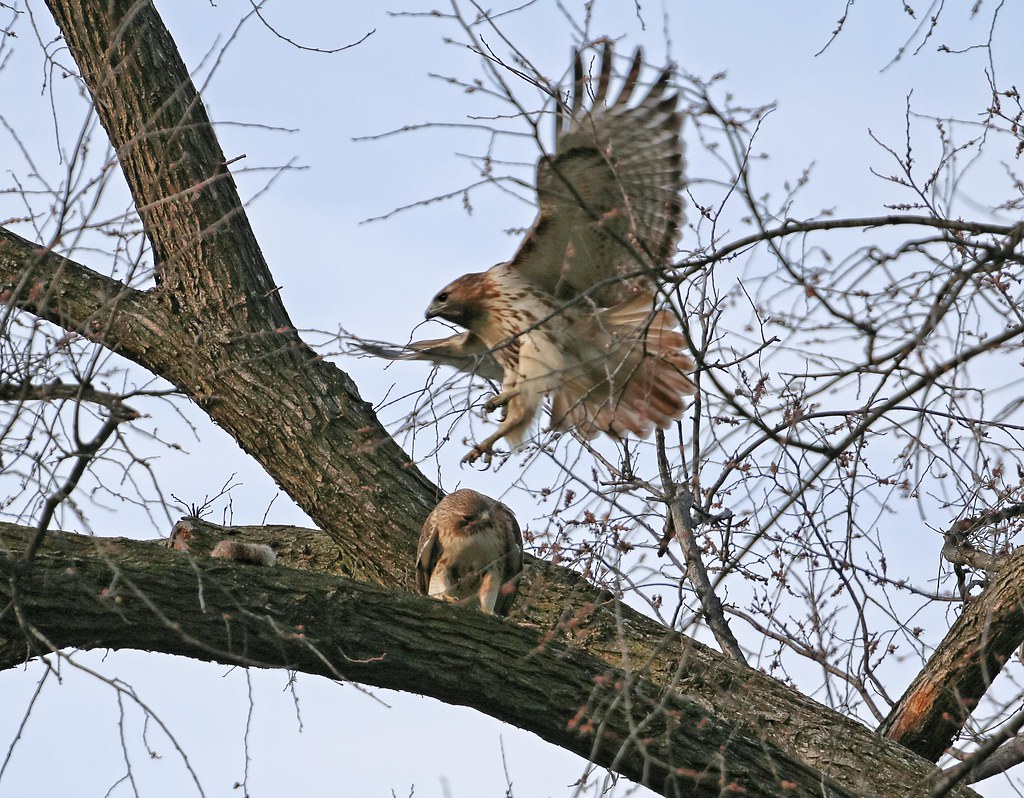 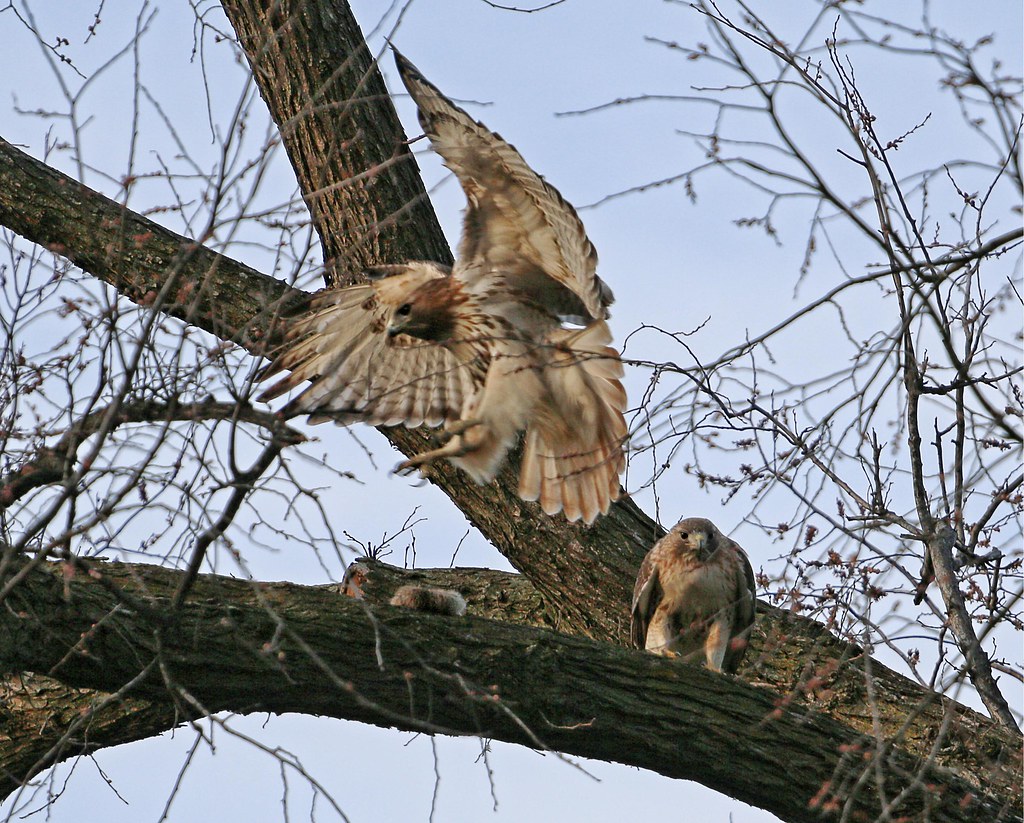 She picks it up and carries it off to eat in a different location. 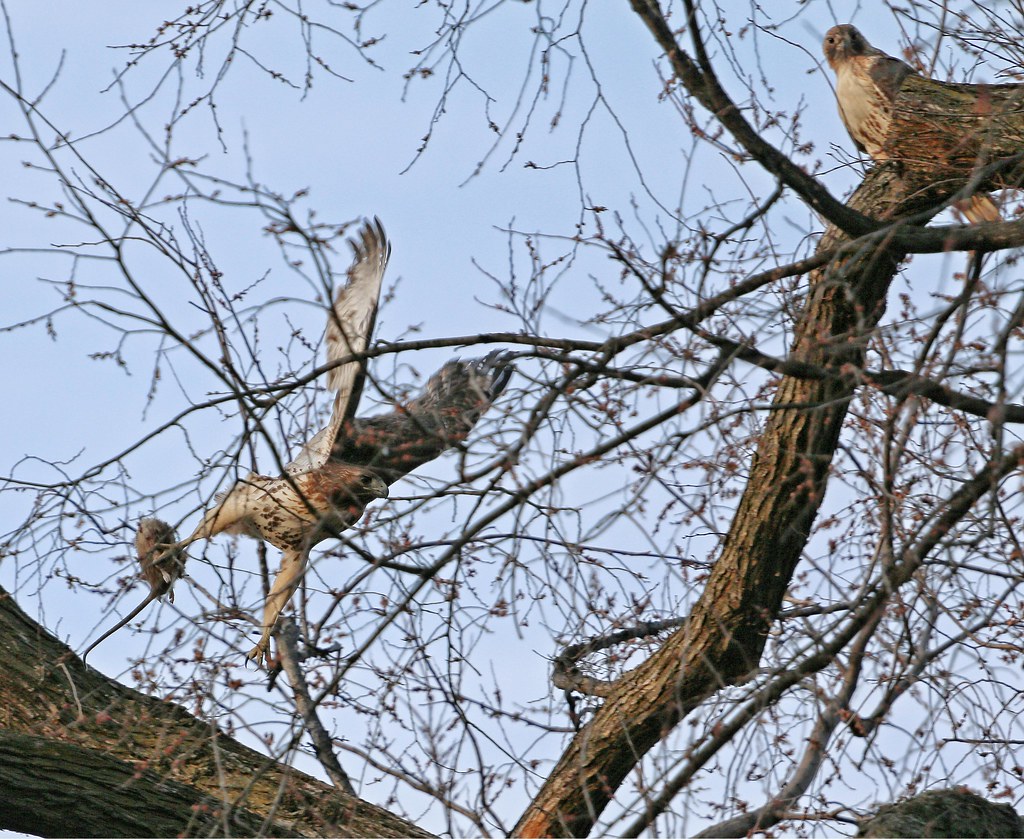 In the photo above, it may appear that Dora is grasping a rat, based on the appearance of the rodent's bare tail.  However, I've noticed that Christo has an interesting habit—whether it's unique or not, I don't know—of scraping the fur off squirrel tails.  Here is a photo I took of him in May 2014 doing just that.  It seems to be the first thing he does after catching a squirrel and I have to wonder if he does it because the fur tickles his face as he eats, or if there is some other reason.  I'm also curious to know if other hawks do this. 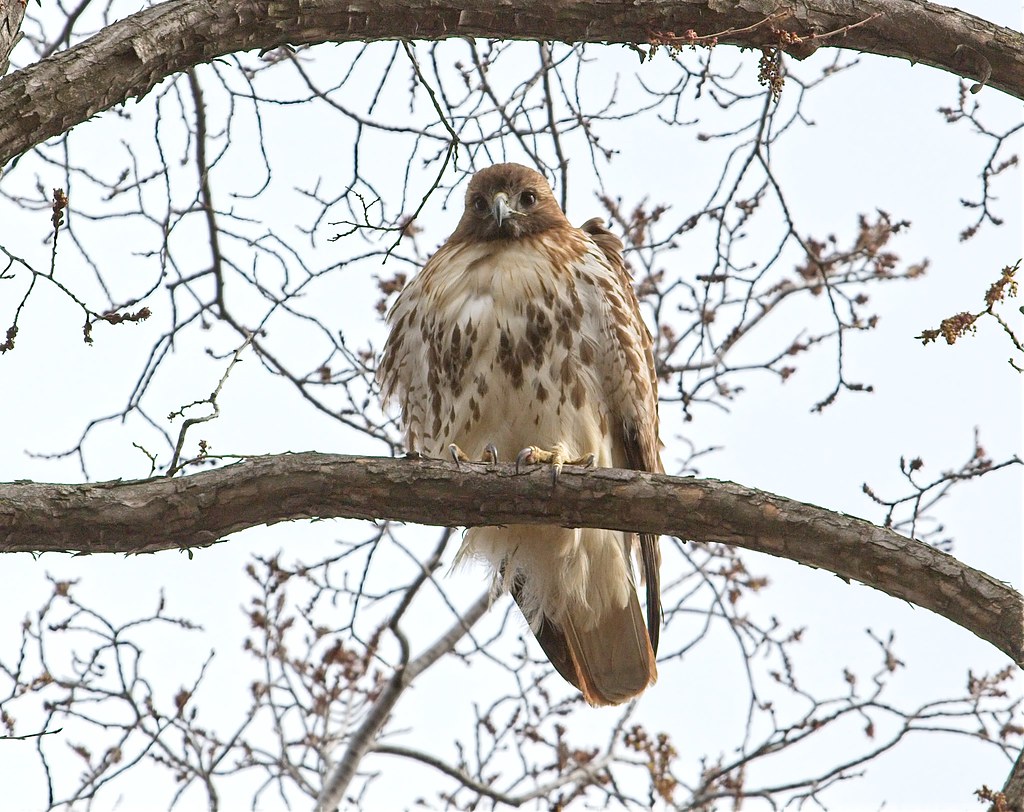 And being photo-bombed by a blue jay: 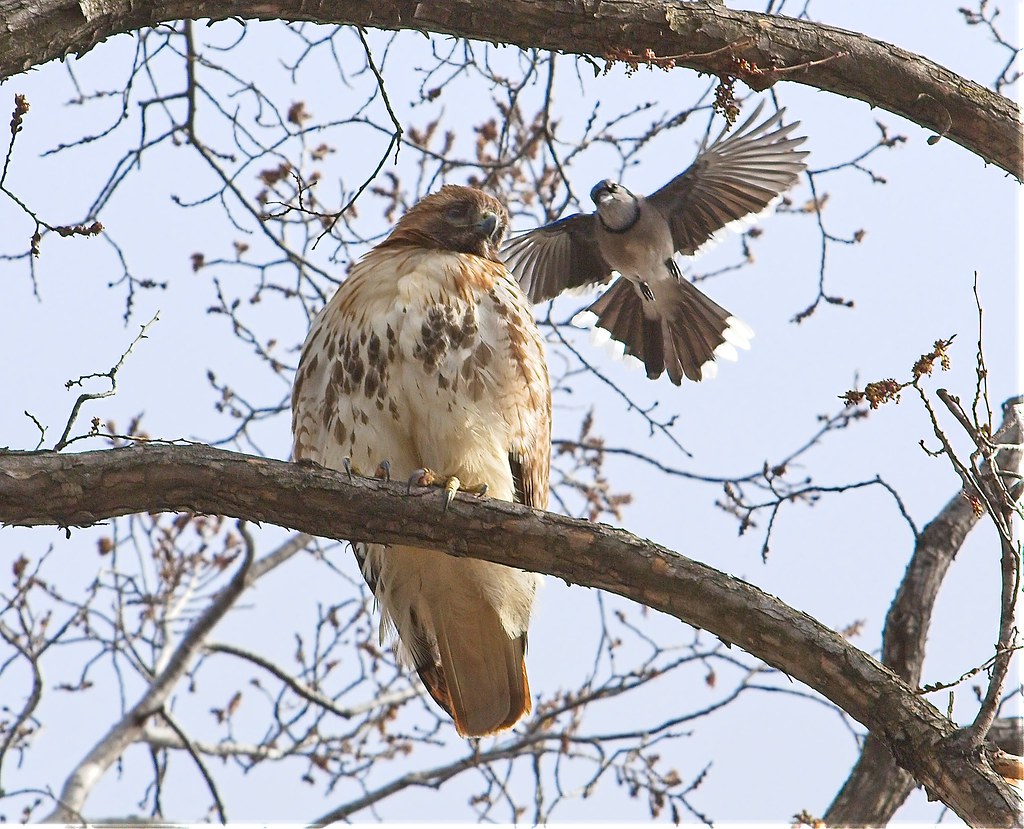 Dora in the nest: 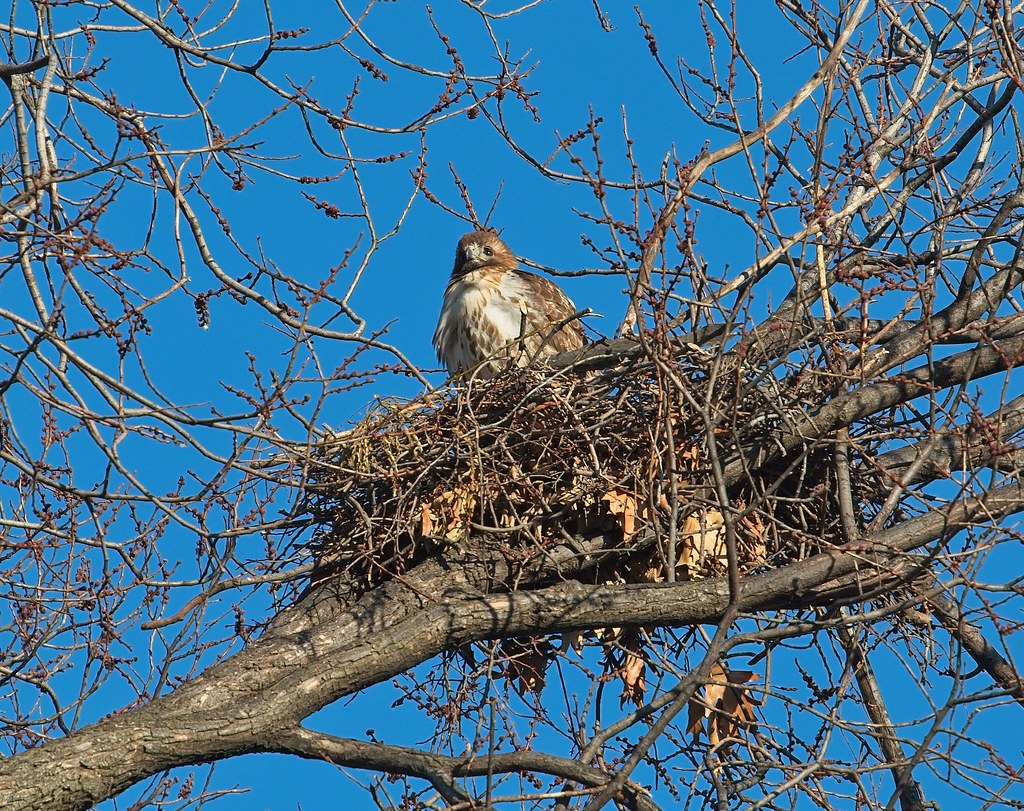 Christo in the nest: 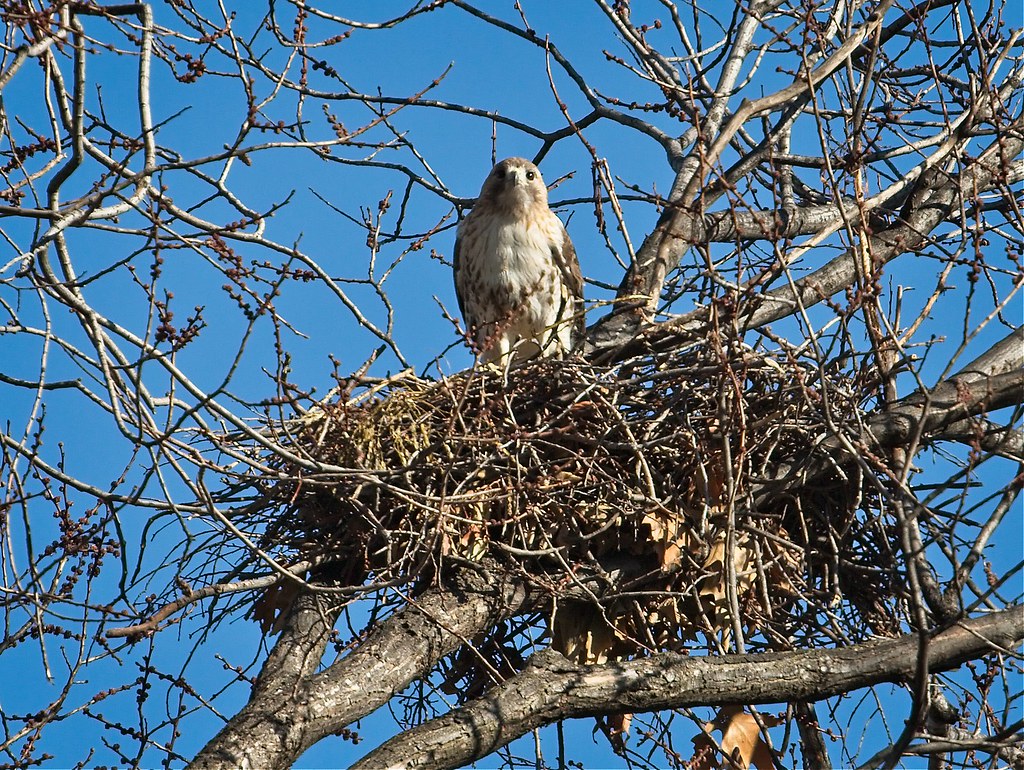 Dora leaping out of the nest: 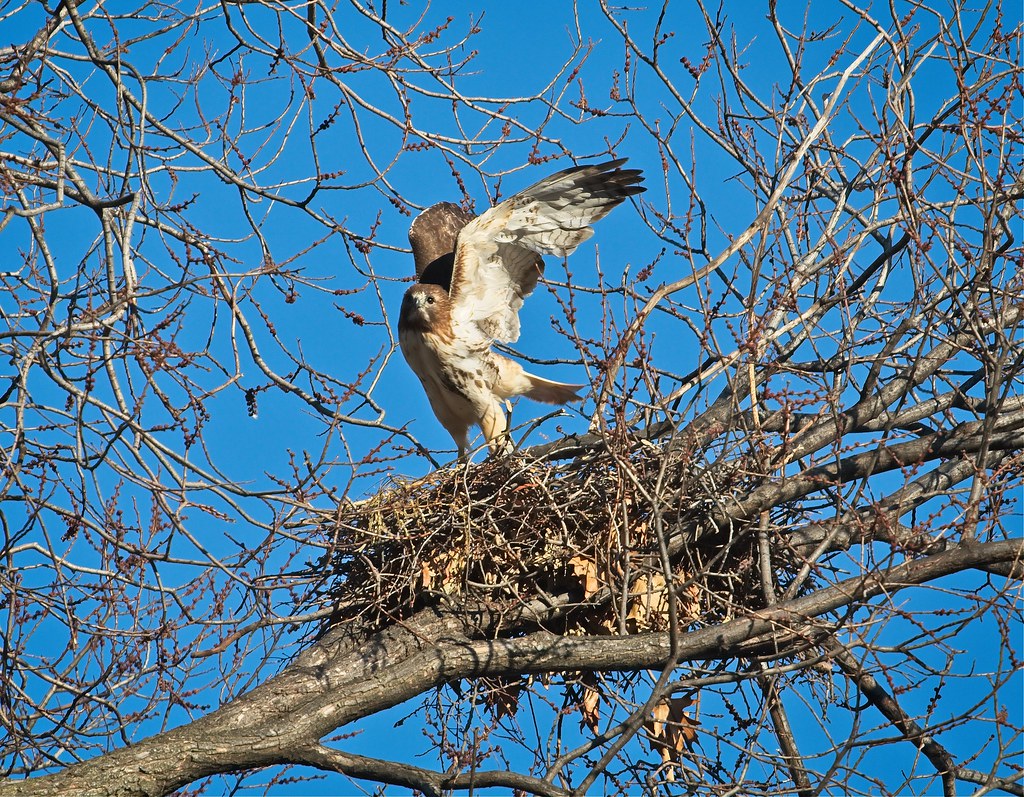 Christo leaping out of the nest: 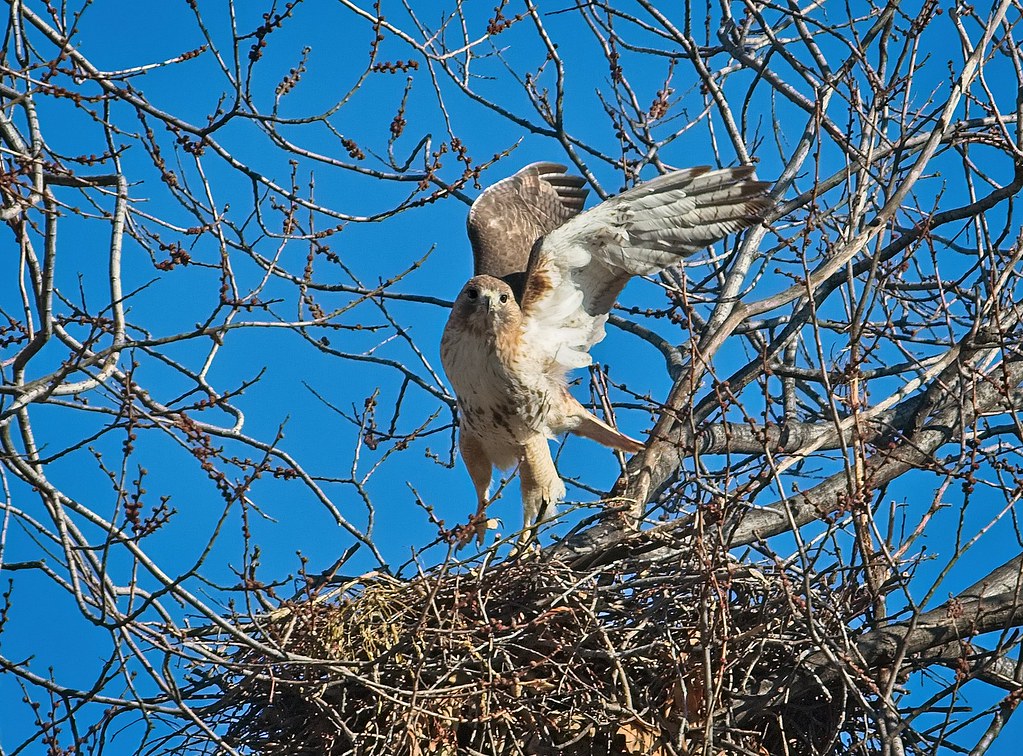 Dora springs off the roof of the Boys Club on Avenue A and 10th Street: 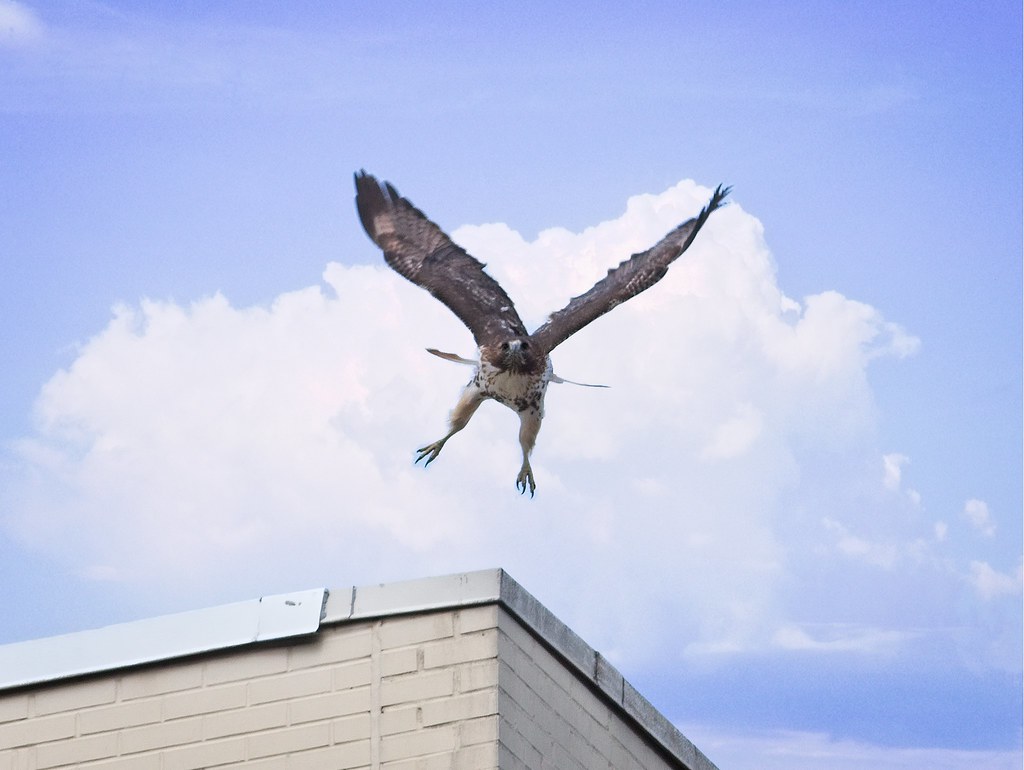 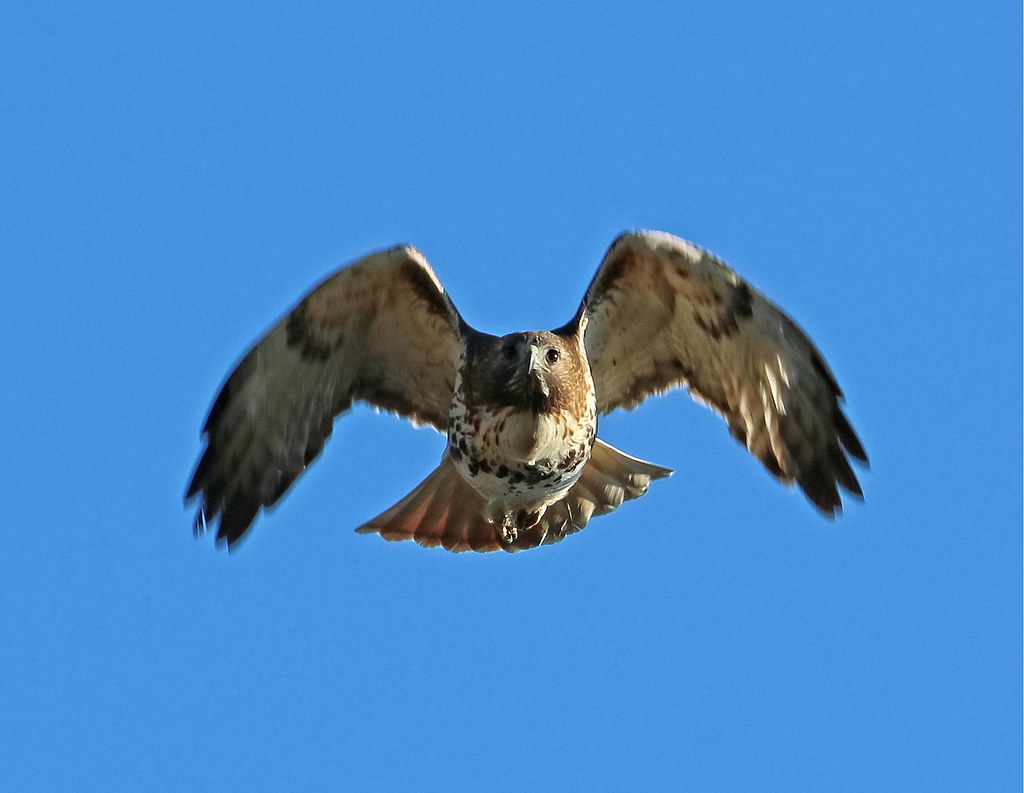 At sunset, Dora and Christo perch together on the east side of the park before separately going off to roost. 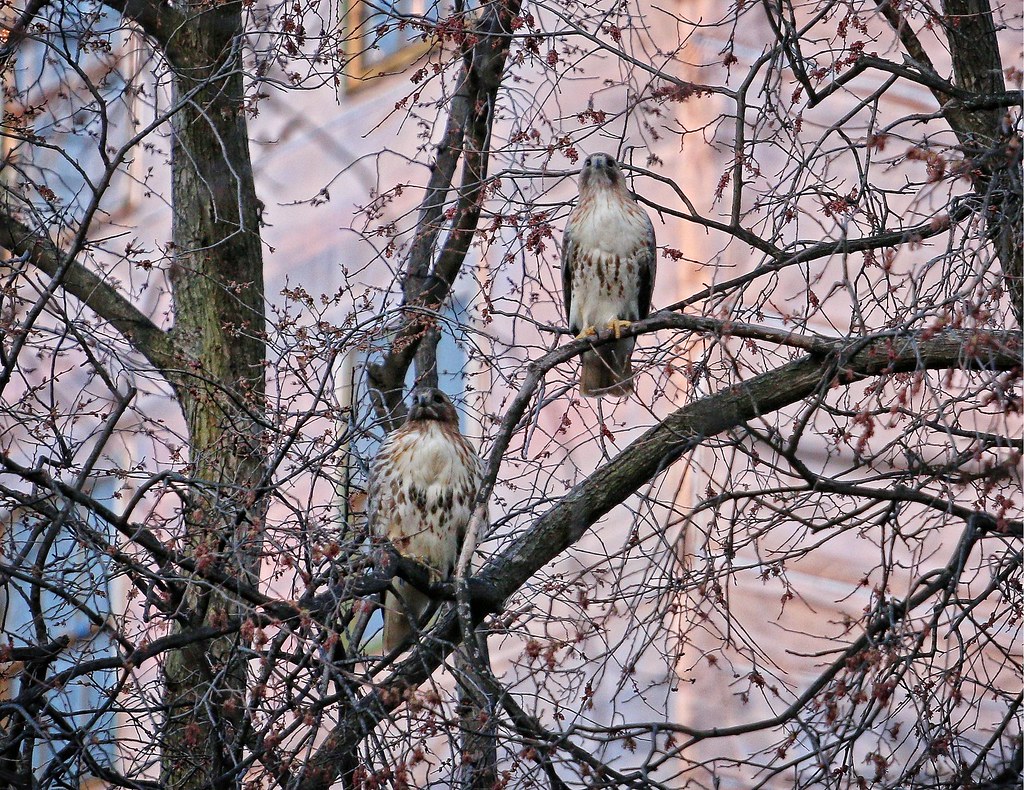