Today was a big day in Tompkins Square as Dora returned from rehab after suffering a wing injury in late November. 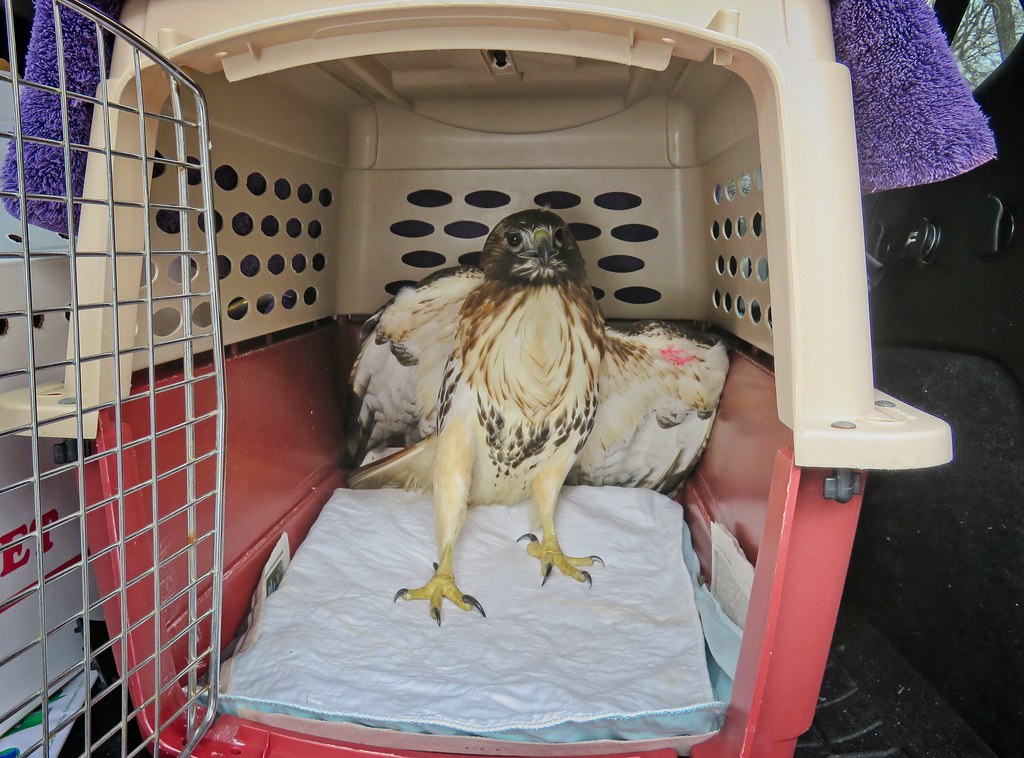 She's been in the care of Wildlife in Need of Rescue and Rehabilitation (WINORR), where she was able to heal and regain her strength.

After a final check-up, Dora was reintroduced to her home territory. 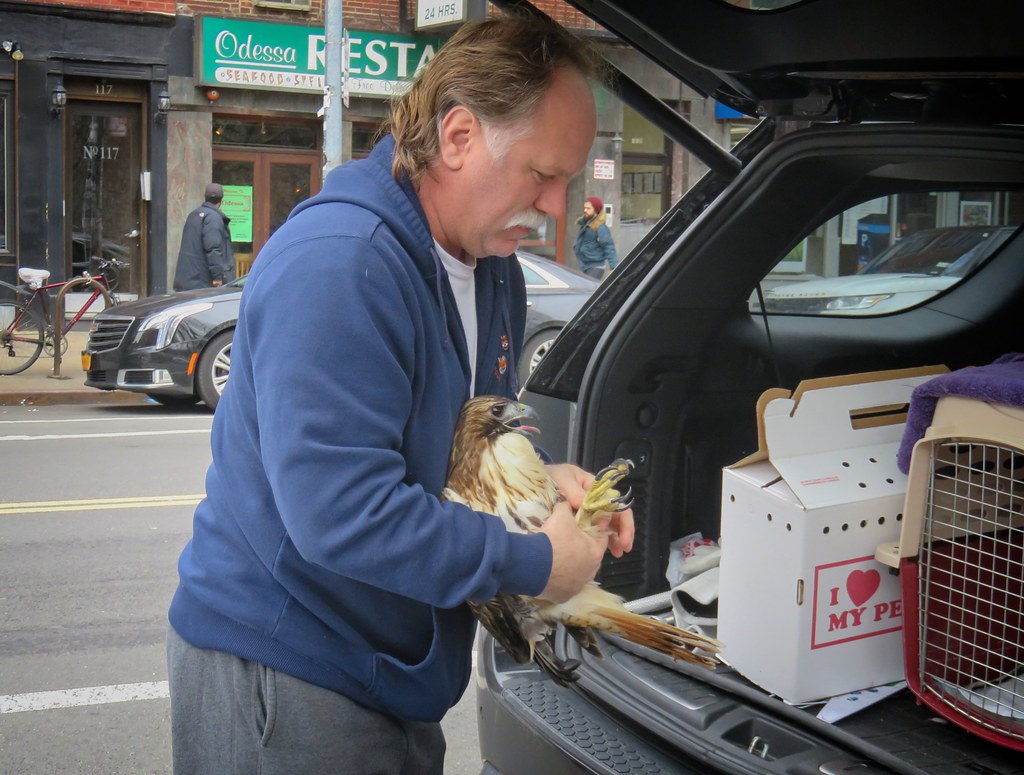 The red mark on her wing is not blood, but just a visual marker that will wear away with time. 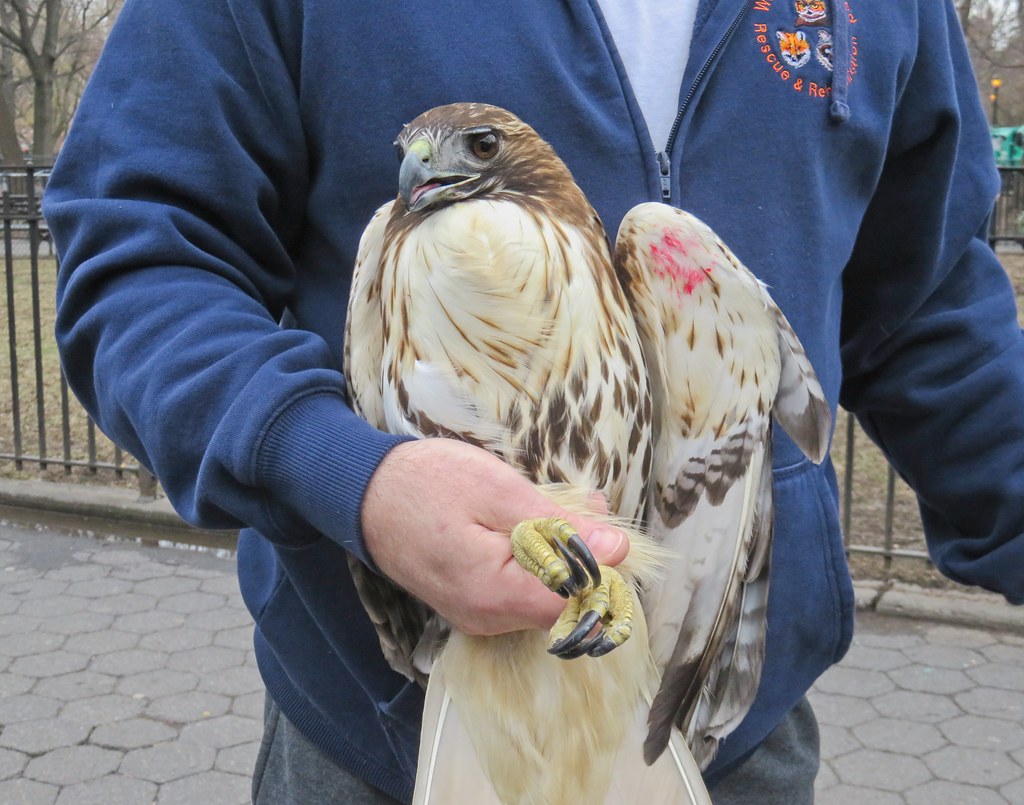 She will, however, have a permanent droop to her left wing. 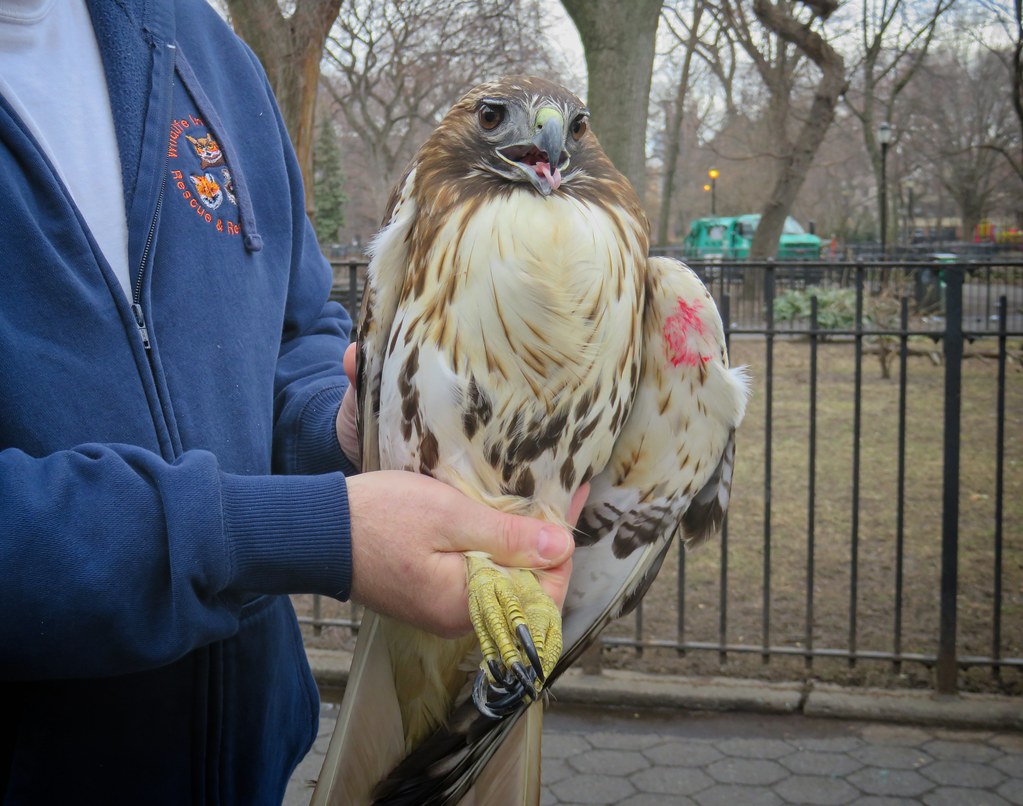 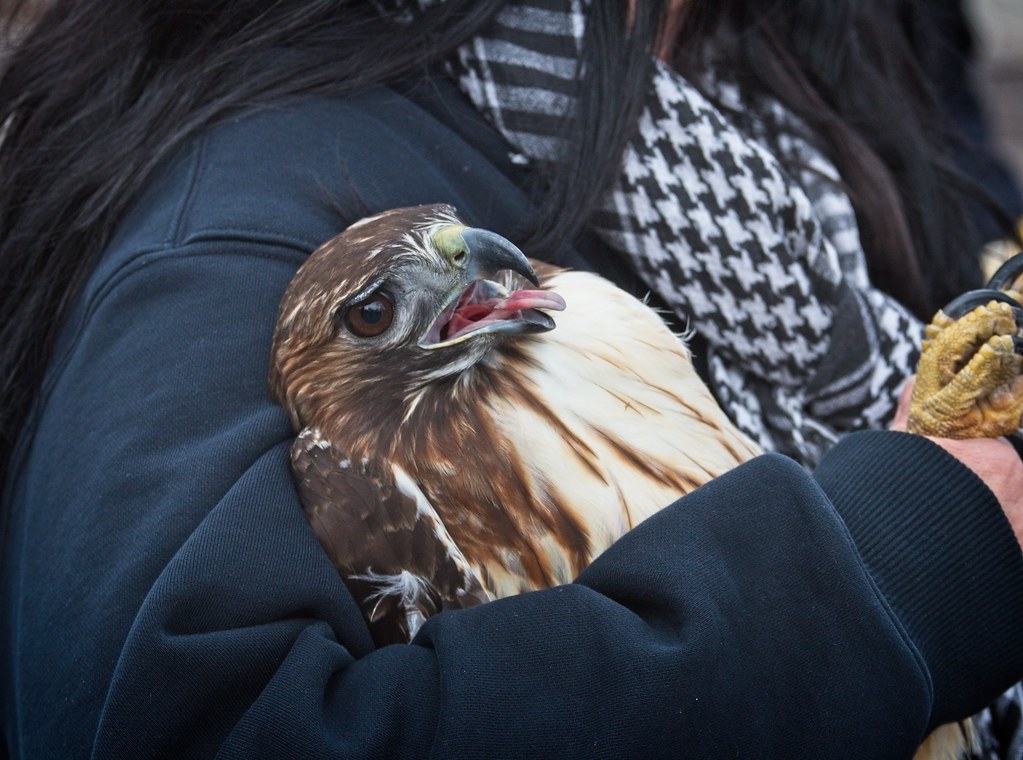 This is likely the only time I will ever be this close to her! 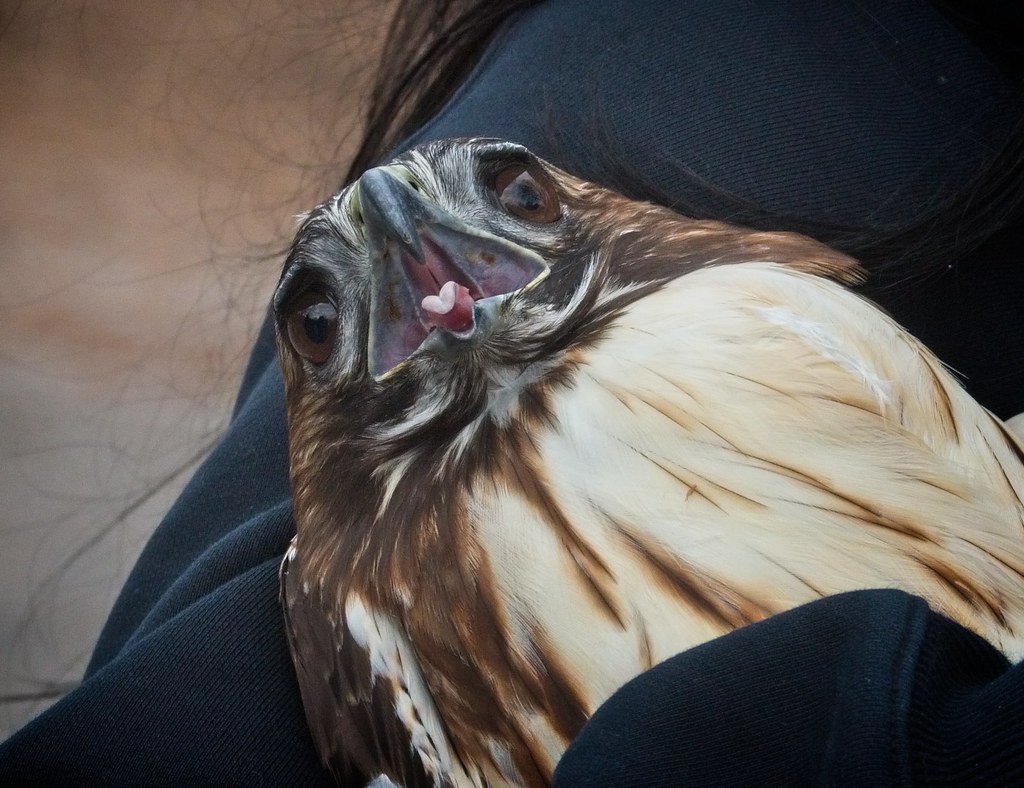 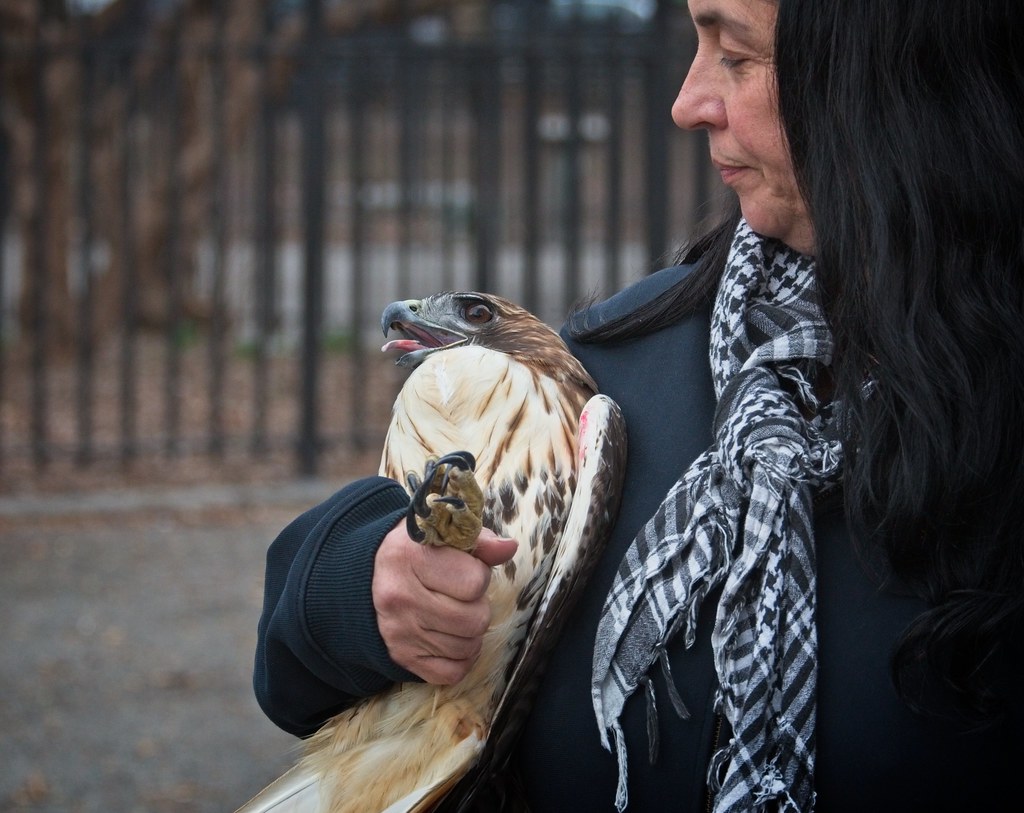 Here is video of the actual release in the park:

After flying up into a tree, Dora rested a while.  Christo came near right away and cried out.  They seemed to instantly recognize each other and Dora appeared very relaxed.  Christo eventually flew off for a while, and I will post more about his (and Nora's reaction) later. 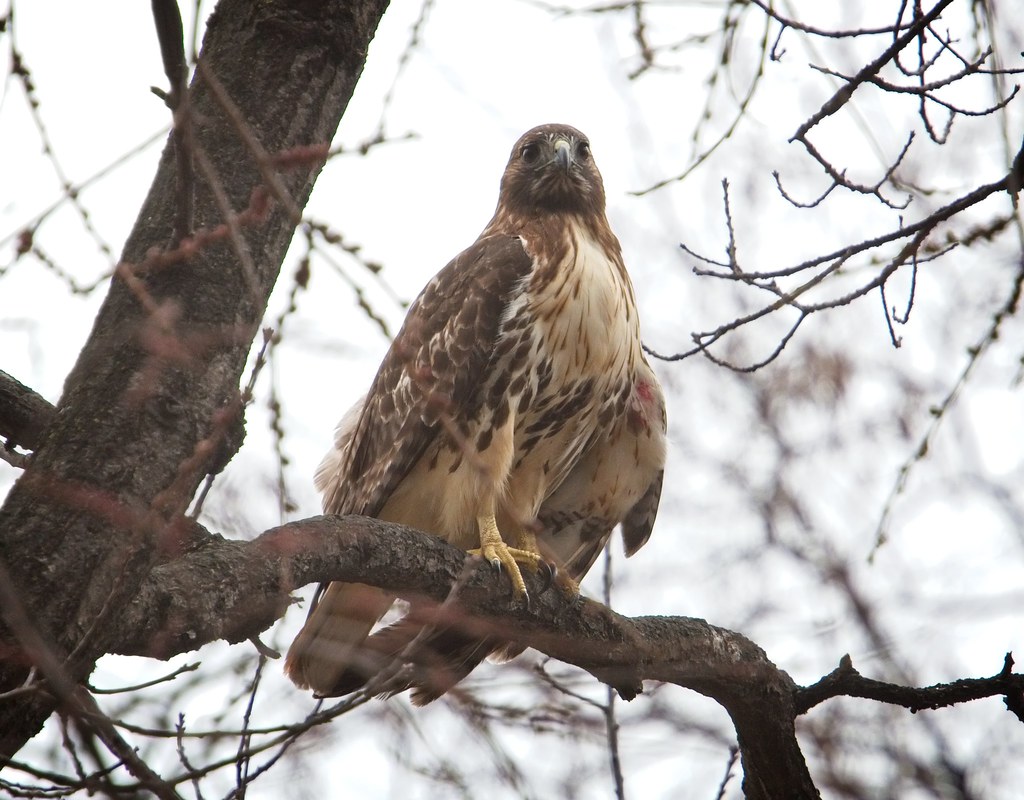 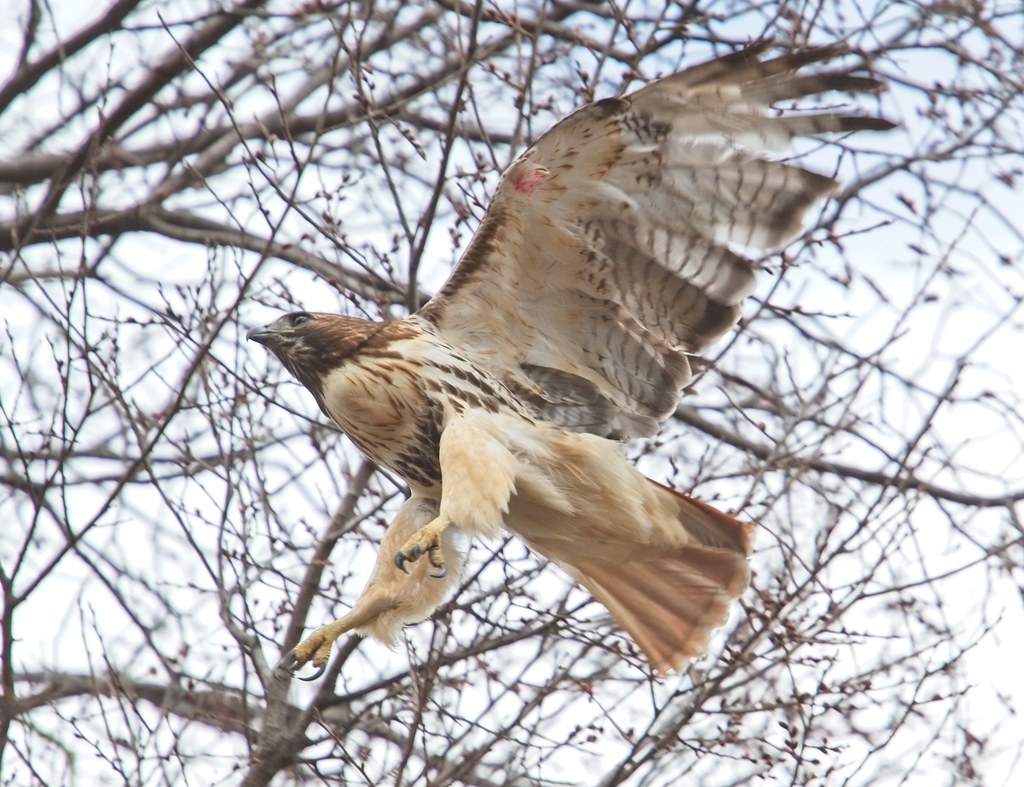 Late in the day, Dora visited some of her regular perches like the tall sycamore on Avenue A & St Mark's Place, last year's nest by the Temperance fountain, and the top of St Brigid's church. 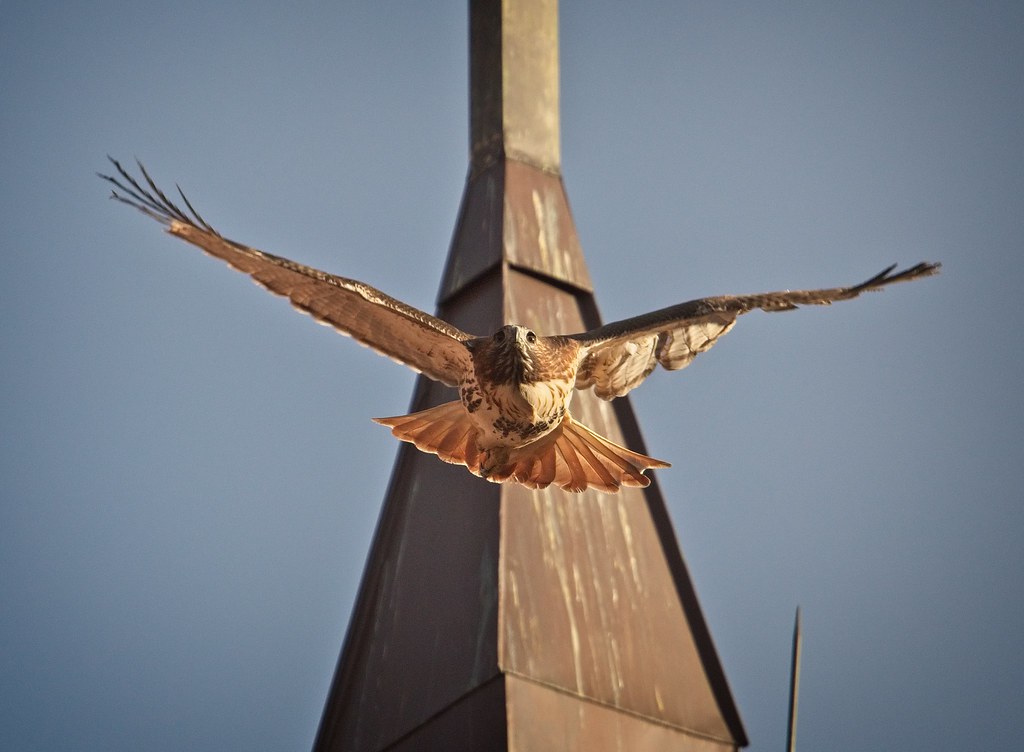 She also spent about 45 minutes sitting in the ginkgo tree nest.  More on that later as well.

As the sun set, Dora flew up to one of her old roosting places, a fire escape at 7th Street and Avenue B.  By this time, she'd attracted a large crowd of admirers who were delighted to see her back in the neighborhood.  Even a sanitation truck stopped so the crew could take a look. 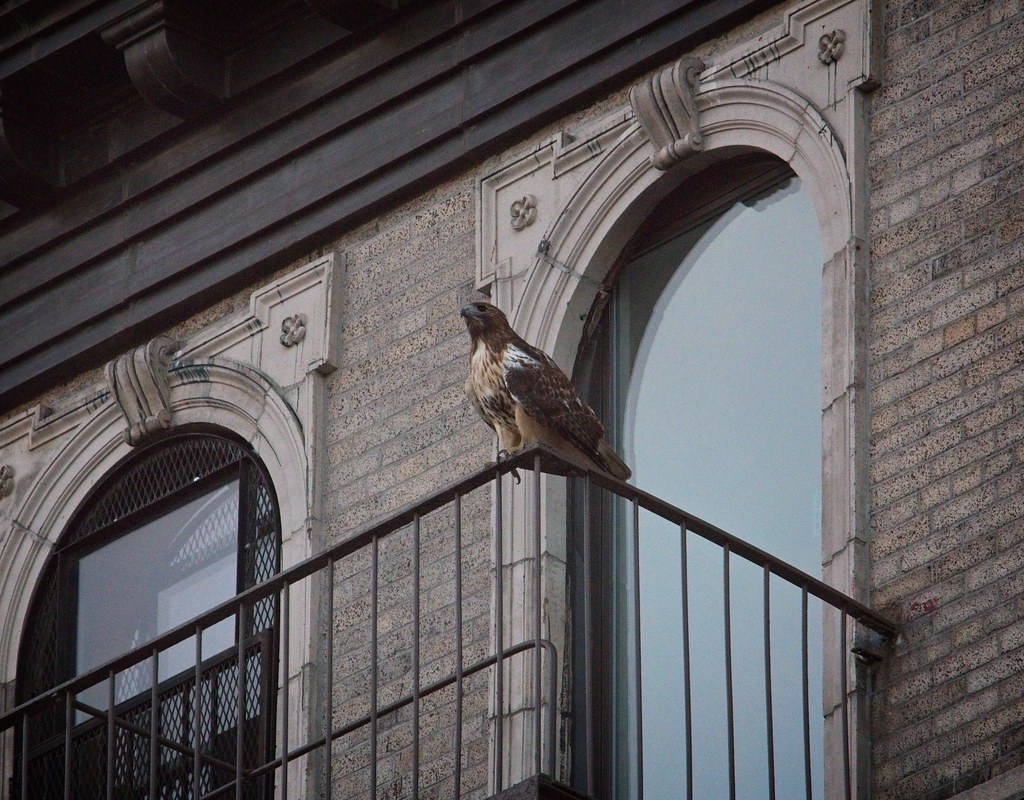 The question now is, what happens next?  Some may argue that Dora should not have been returned to the park because Nora is settling in, but it was explained to me that this is really the best place for her.  Dora is not a candidate for captivity - she is way too wild and needs to be free.  Releasing her in Tompkins means she is in her familiar territory and it is the easiest place for her to find food.  Ideally, Christo will bring her food, but if he doesn't, she shouldn't have too much trouble obtaining it herself.

The way I see it, Dora would not be alive if she was not picked up and taken to rehab, and this is her second chance.  Things might not turn out the way we want them to and there is a chance Christo and Dora will not be a mated pair, but they have to work that out themselves.  We can only watch and learn.


WINORR is a non-profit that receives no funding.  The Horvaths take care of our urban wildlife out of the kindness of their hearts.  Please consider donating to their cause.