The remaining red-tailed hawk fledgling from Tompkins Square Park seems to be doing well and has been very active exploring buildings and learning to handle its food. 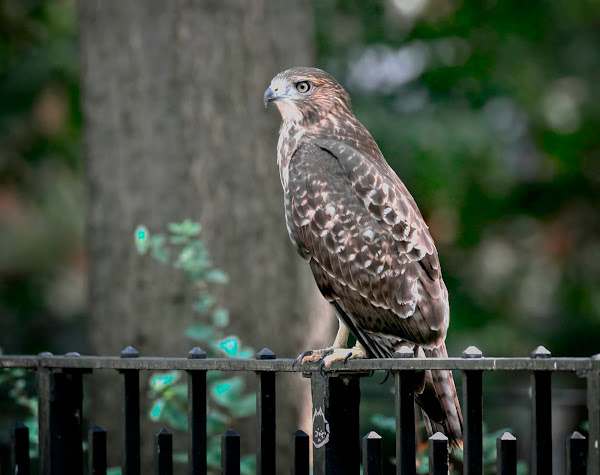 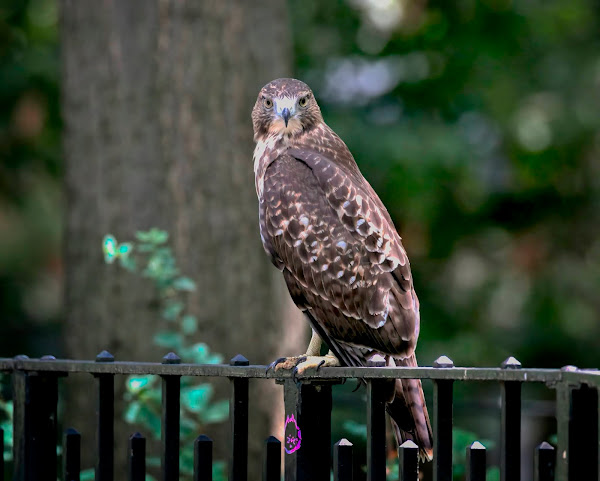 Handling food in a tree is not as easy as it seems, though, as the young hawk has to learn to balance, eat and hang on to the food with its talons, all while the tree in which it's perched sways and moves in the wind. 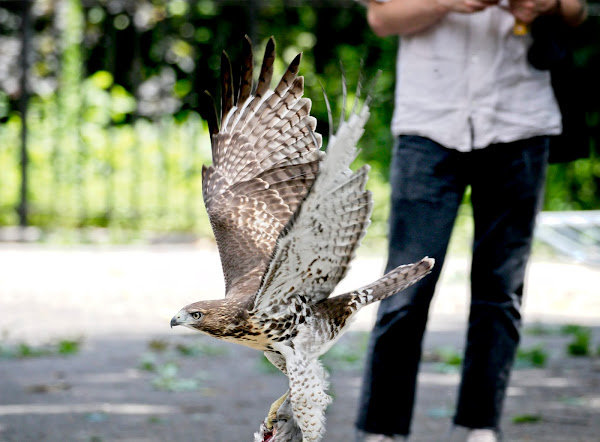 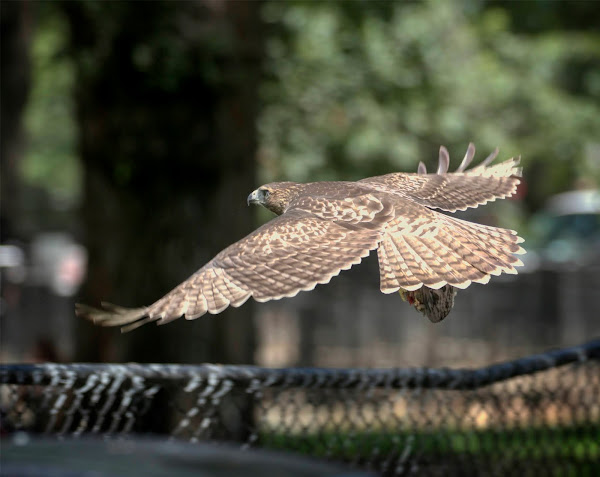 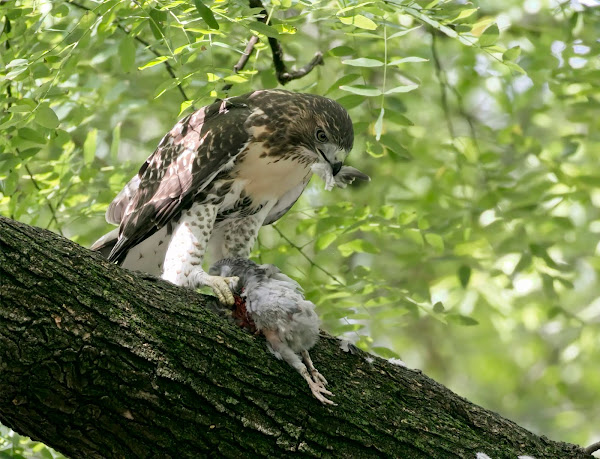 We watched as the fledgling plucked the pigeon before eating - another skill it has to master. 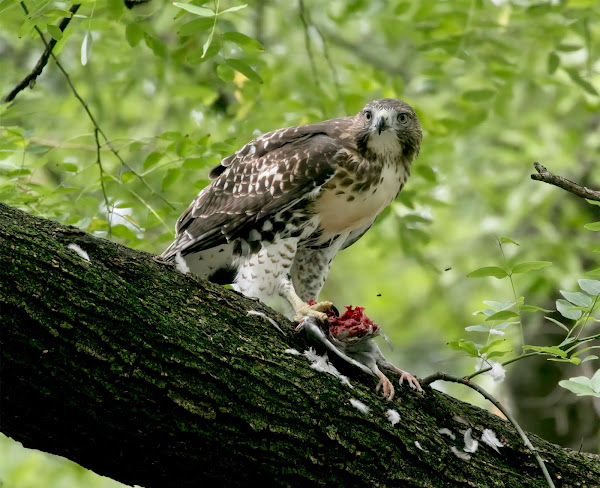 Winking with its nictitating membrane... 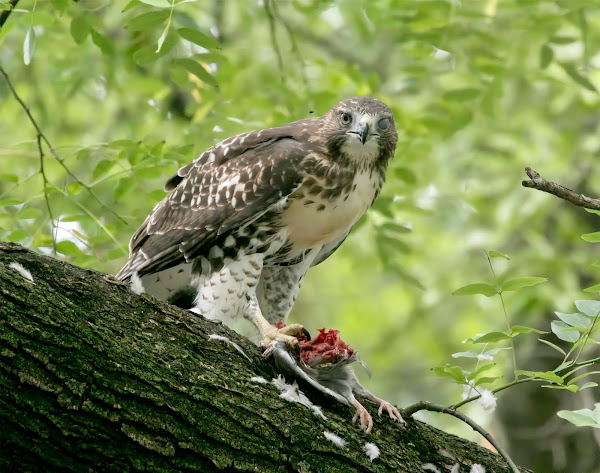 On another day, we watched the fledgling excitedly call after landing in a tree. 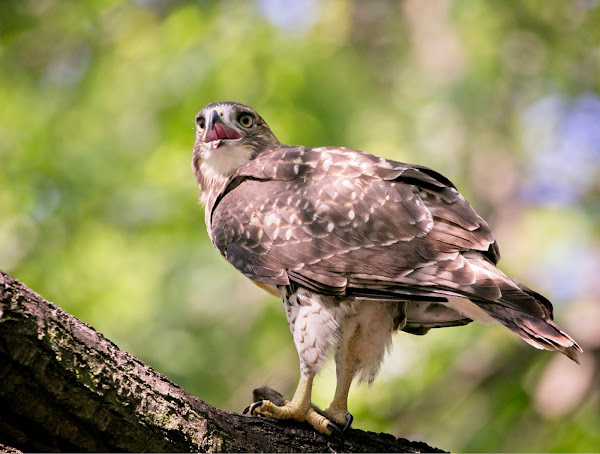 Check out the catch of the day! 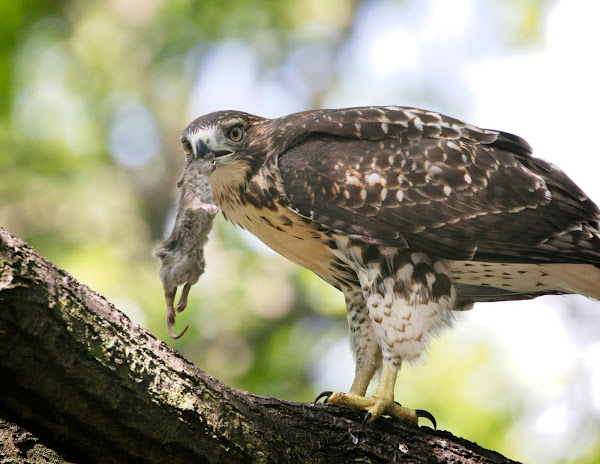 It's still hard to believe the fledgling is not yet three months old as it can look so grown up and serious at times. 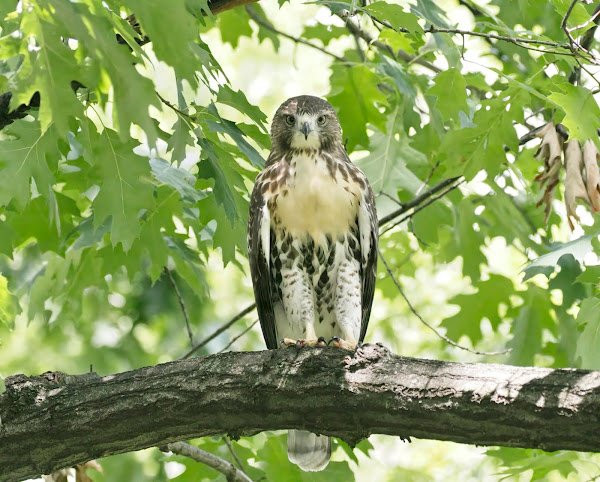 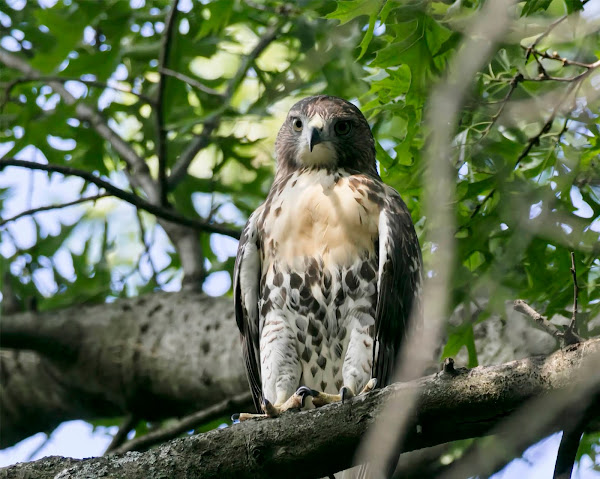 Then again, it reminds us it's still curious about everything it sees. 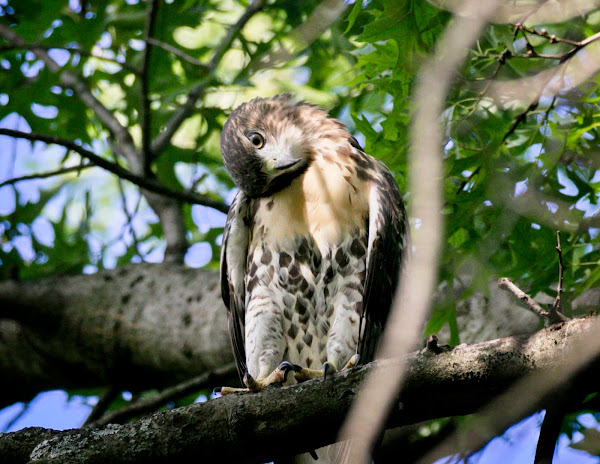 And, the young hawk has the table manners of a toddler. No chewing with mouth closed here! 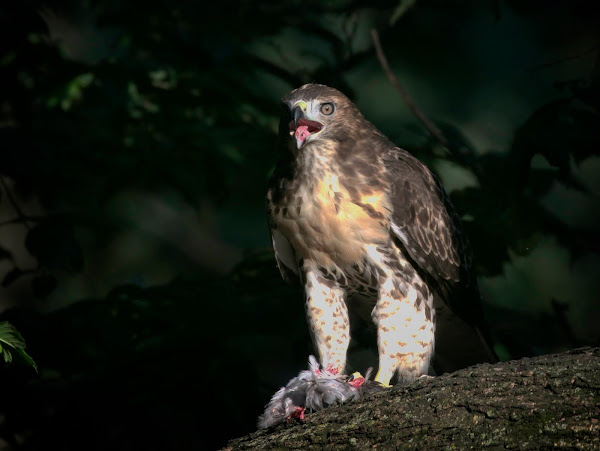 A less flattering angle shows the last gulp, eye protected from those pigeon toes by the nictitating membrane. 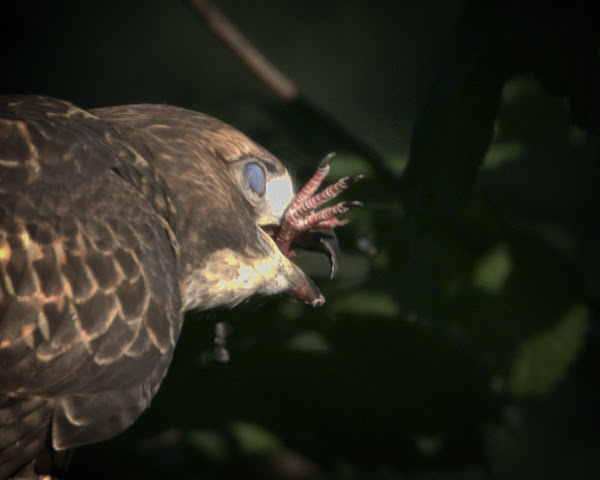 Following up on a previous post, we heard back from the Parks Department and they confirm they are still using CO2 to control rats in Tompkins Square and are not using rodenticide. However, private properties all around the park and throughout the neighborhood and city are, so the hawks are always in danger of catching and consuming poisoned rats. If you see any dead rats on the streets or sidewalks, please report it to 311.