Sad news: we have lost one of the Tompkins Square red-tailed hawk fledglings

We're heartbroken to report one of the Tompkins Square red-tailed hawk fledglings has died. At the time of this post, we are not certain of the exact cause of death. 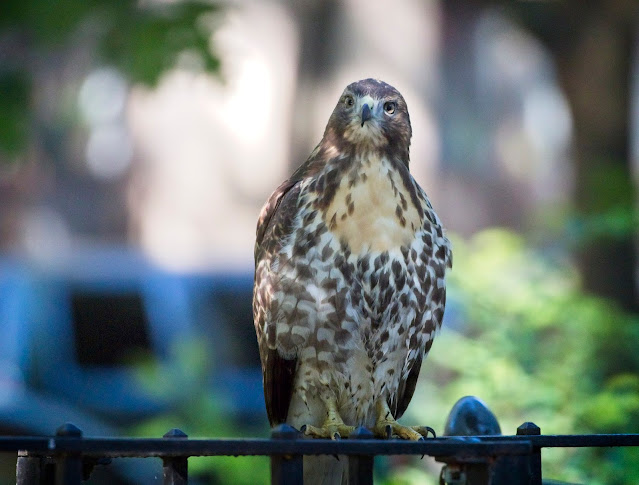 On Friday, July 2, a resident of E 7th Street reported a hawk in distress on their fire escape. Rob Mastrianni of the NYC Urban Park Rangers, responded and captured the hawk.

Photos below are courtesy of Jean Shum. 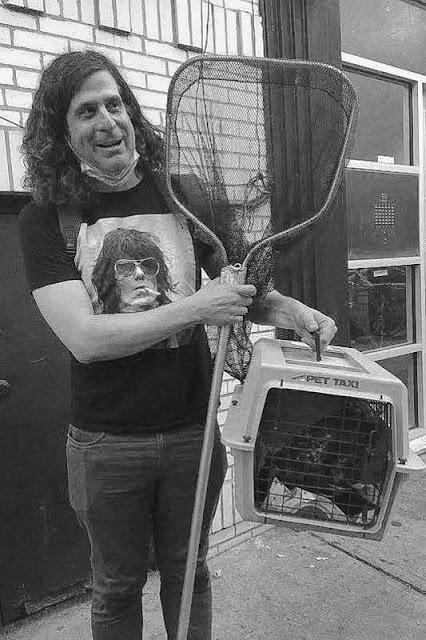 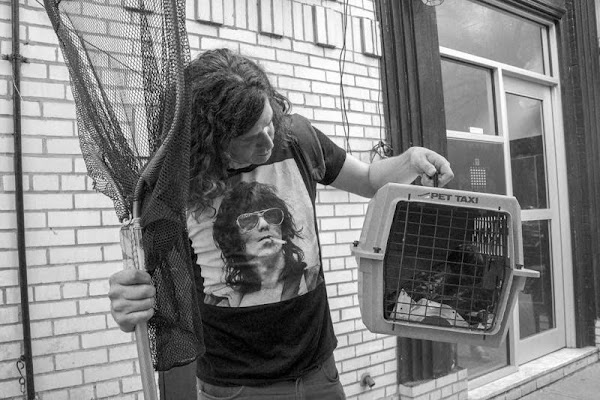 At the time of capture, the hawk was reported to be extremely weak and had blood in its mouth. 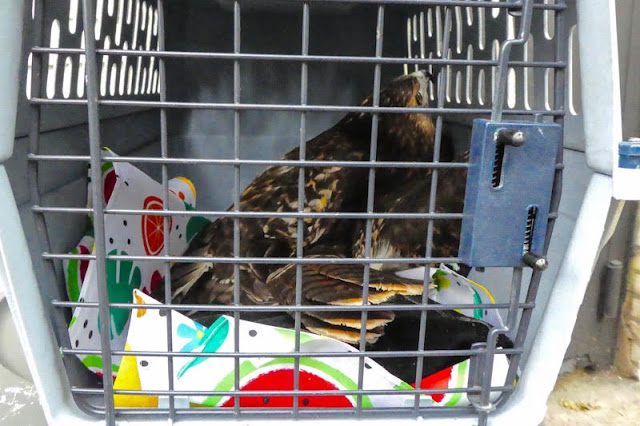 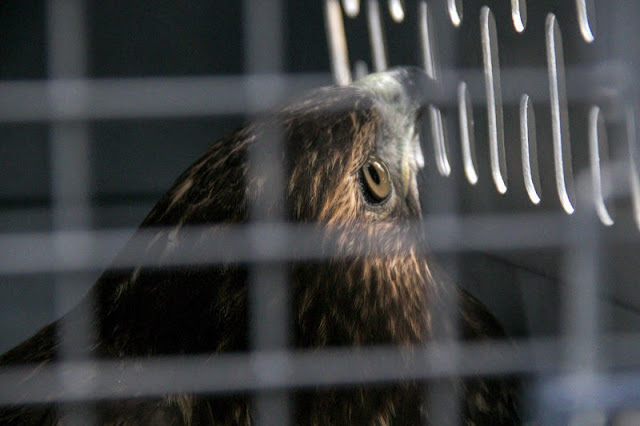 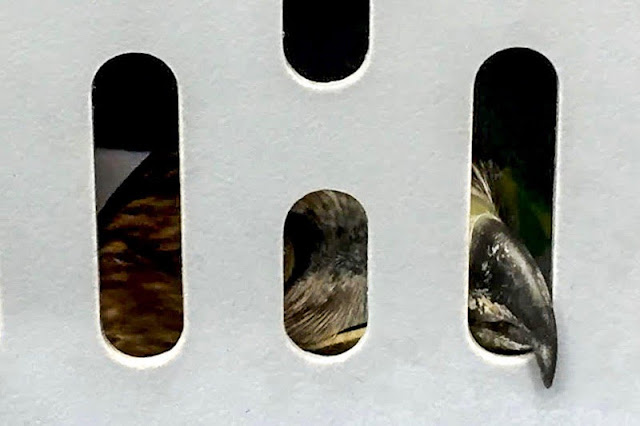 Rob rushed the hawk to Wild Bird Fund on the Upper West Side for emergency treatment. The initial thought was the hawk was suffering from rodenticide poisoning, and was given treatment, but it was also revealed upon arrival that the hawk had a spinal injury. On the night of July 4th, the fledgling passed away.

We're hoping Wild Bird Fund will send the hawk to the New York State Department of Environmental Conservation so a necropsy can be performed which would reveal the exact cause of death. At this time, we can only speculate as to what happened. We have our suspicions, but are going to wait for confirmed facts before drawing any conclusions.

The loss of this fledgling follows the loss of one of the chicks in May while they were still in the nest. We have no way of knowing what caused the death of that chick.

As a side note, we've noticed several dead rats in Tompkins Square Park and in the surrounding neighborhood over the last couple of weeks. This is NOT normal and anyone finding a dead rat should report it to 311. If one is found within the park, please notify a park employee so they can dispose of it. We have concerns that with all the trash in and around the park the last several weeks, people could be using rodenticide. We currently have an outstanding inquiry with the Parks Department to confirm whether or not they are still employing nontoxic dry ice for rat control.

We will post more if and when we have an update on the cause of death for the hawk fledgling.