We're entering the summer doldrums when hawk-watching gets a little dull. It's been hot, humid and cloudy for the last several days, which makes the air feel heavy and it can be tedious trying to find the hawks when they're most likely out of sight, keeping cool.

Early one morning, we found Christo drinking from a puddle in Tompkins Square Park. 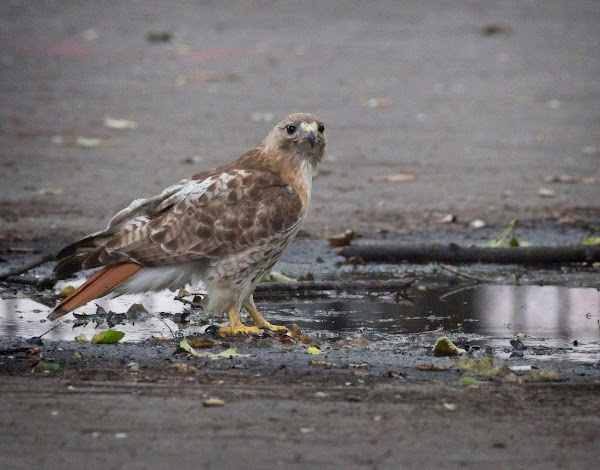 He dipped his feet in the water a few times before flying up to the roof of the park offices. 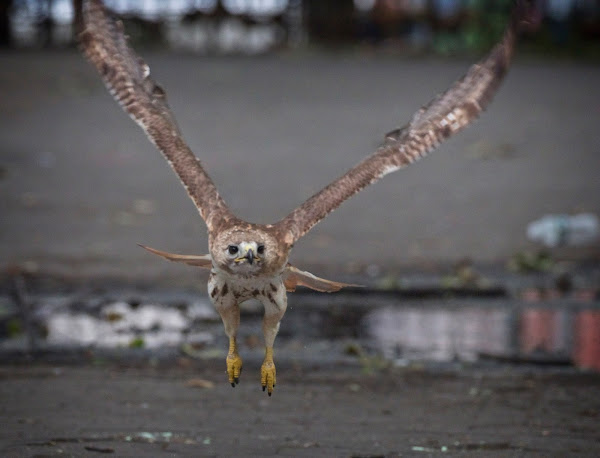 On closer inspection, we see that Christo is going through his summer molt. The feathers on his head and face appear very white and he looks a little rough around the edges. This is perfectly normal and he'll likely look worse as he loses his old feathers and replaces them with bright new ones by fall. 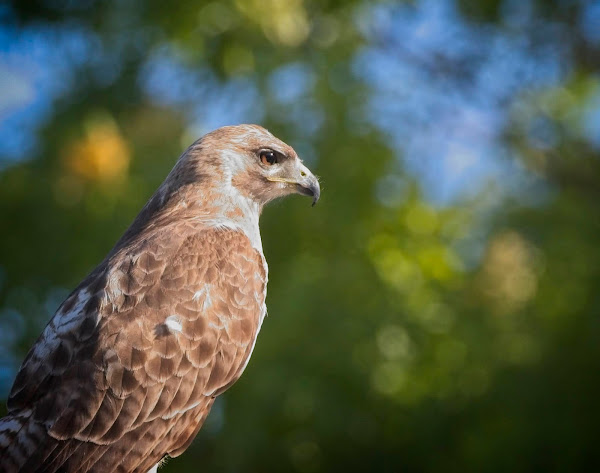 Christo has always looked very pale as he molts, and he can look downright ghostly when the sun finds him in the shadows of the trees. 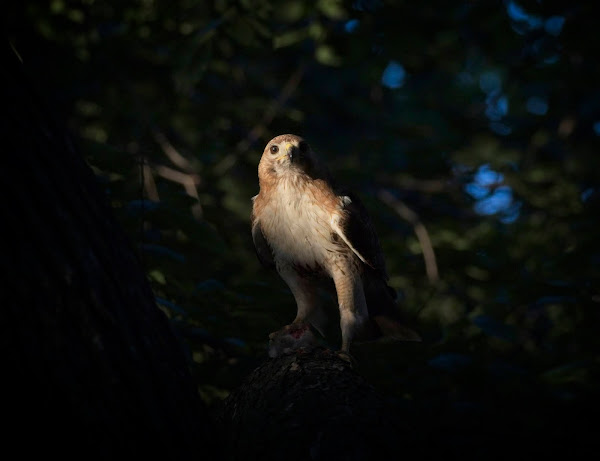 If you look closely, you can see the pigeon in his talons as he lifts off. 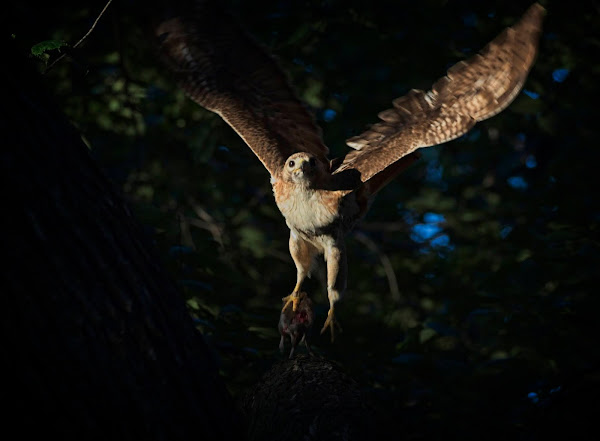 Despite molting, Christo is still a very handsome hawk. 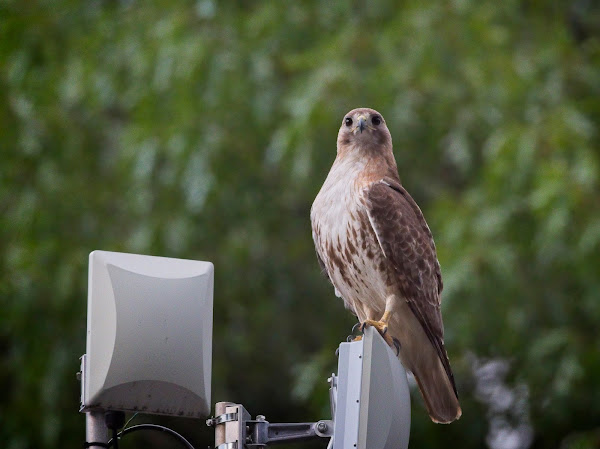 Amelia is also molting, although she doesn't look as ragged as Christo. Below, you can see a lot of white feathers appearing around her face, but she still pretty much looks like her beautiful self. 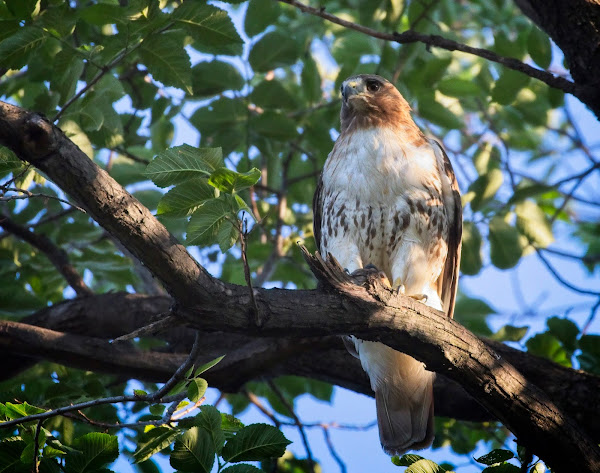 Meanwhile, their fledgling is doing well and is still spending time in and around the park. It still has yellowish color on it's chest, but that will eventually fade to white. The dark brown belly band is one way you can identify the fledgling from its parents. along with the bright yellow eyes. 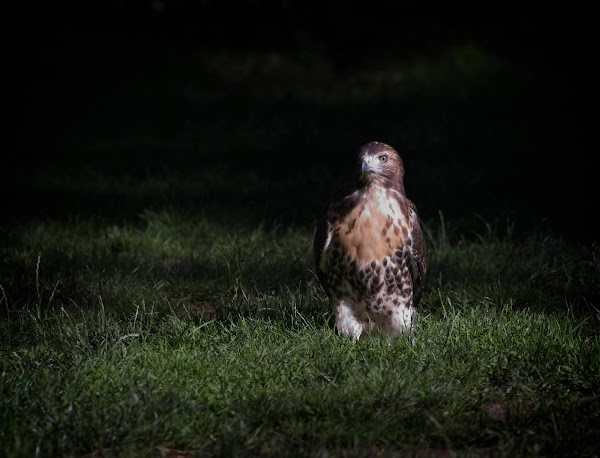 If you spot a hawk on the ground, it's likely to be the fledgling hunting, playing or just being curious. Christo comes to the ground to catch prey, but Amelia is not likely to be seen down on the grass or perched on a fence. 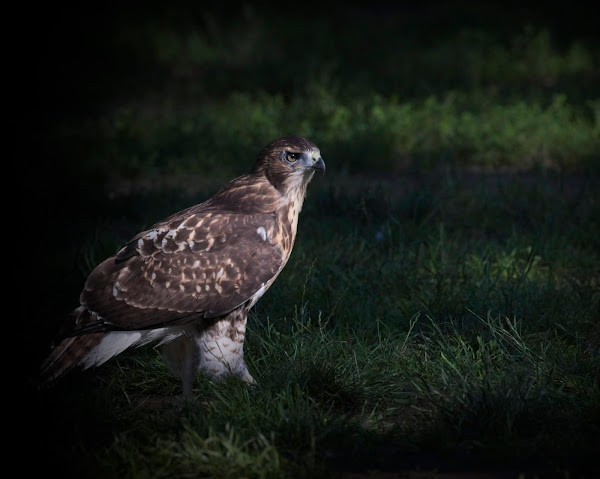 At this age, the fledgling is getting to know everything in its environment, including butterflies! 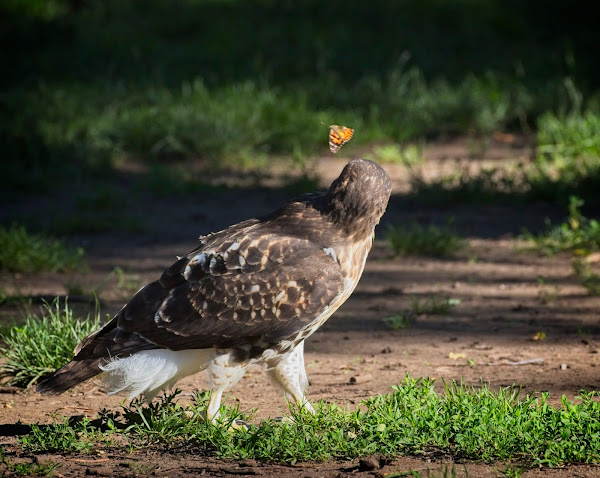 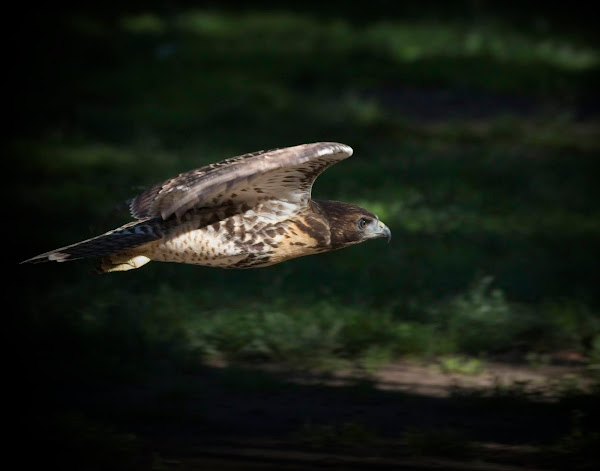 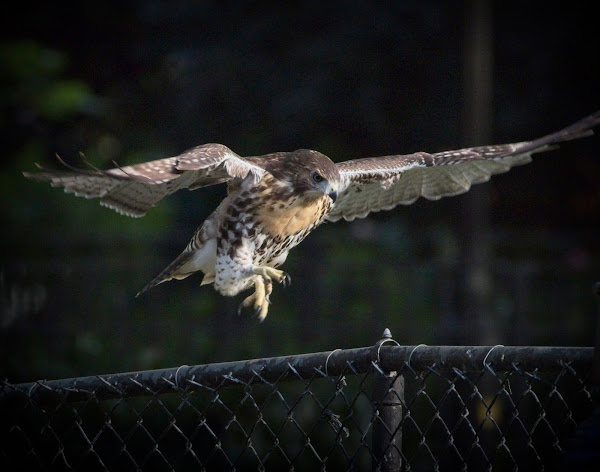 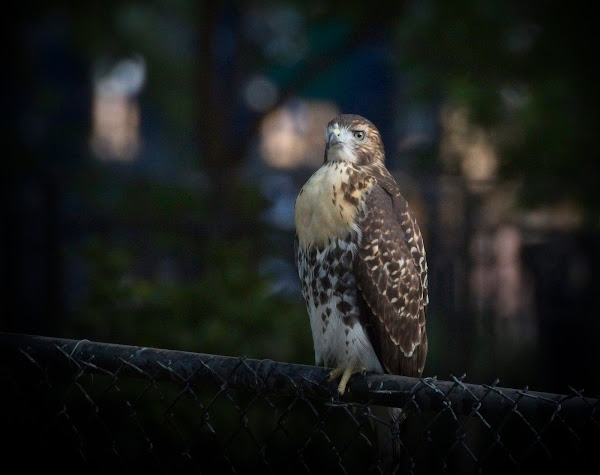 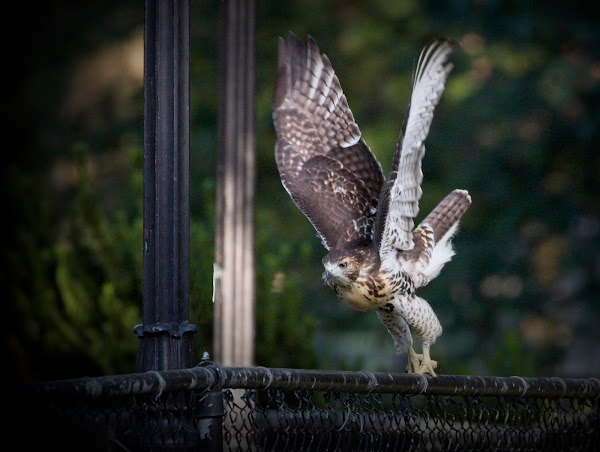 We love how colorful the red-tails are at this age. 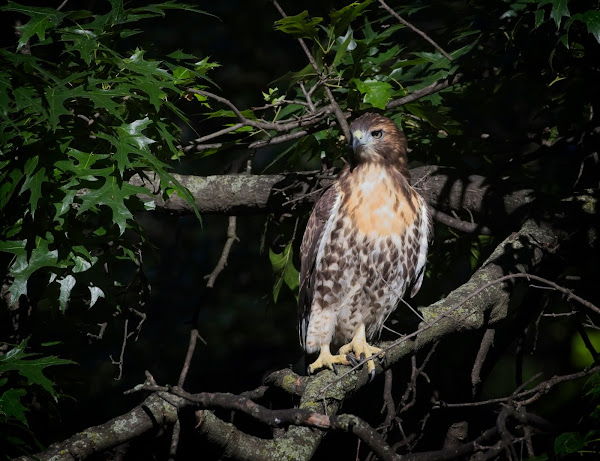 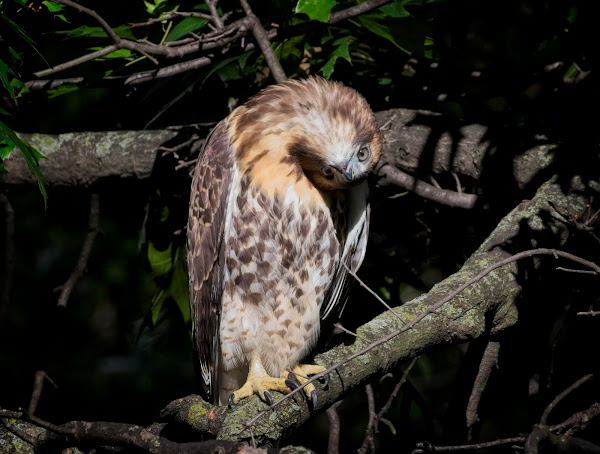 It's been a tough season for this red-tailed hawk family and others around the city. We're hopeful this fledgling stays healthy and is able to survive on its own soon. 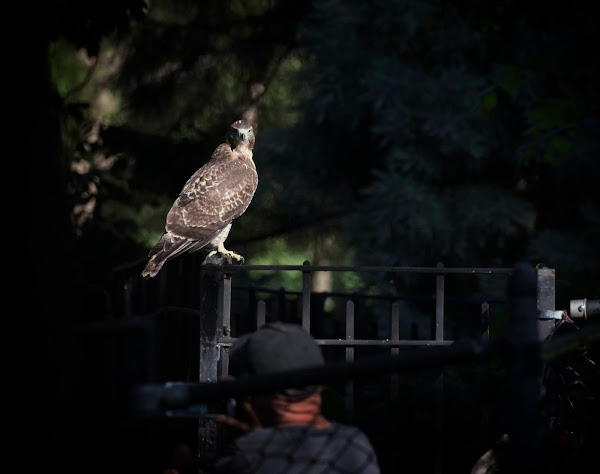