Our Tompkins Square hawk fledglings really love to play with sticks.  After watching them have so much fun, I don't think I'll ever look at another stick and not think of pouncing on it. 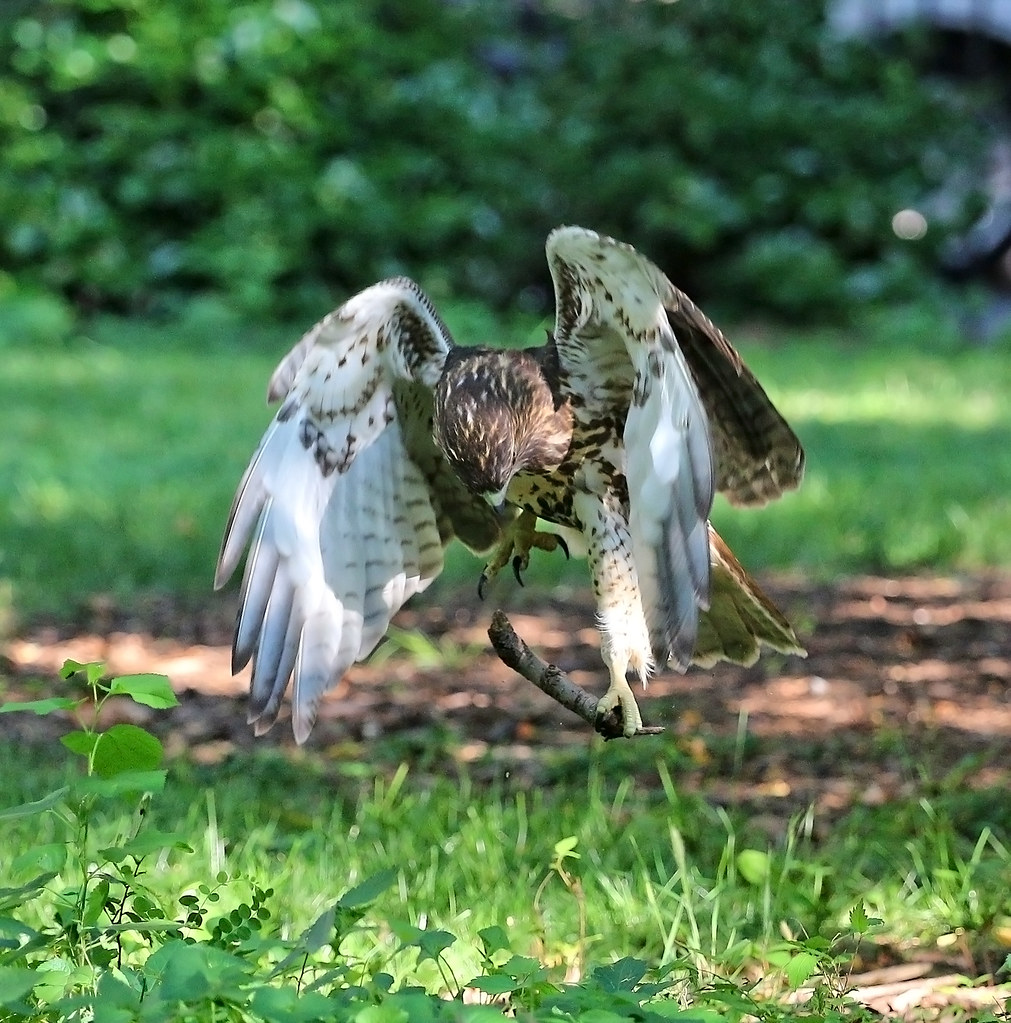 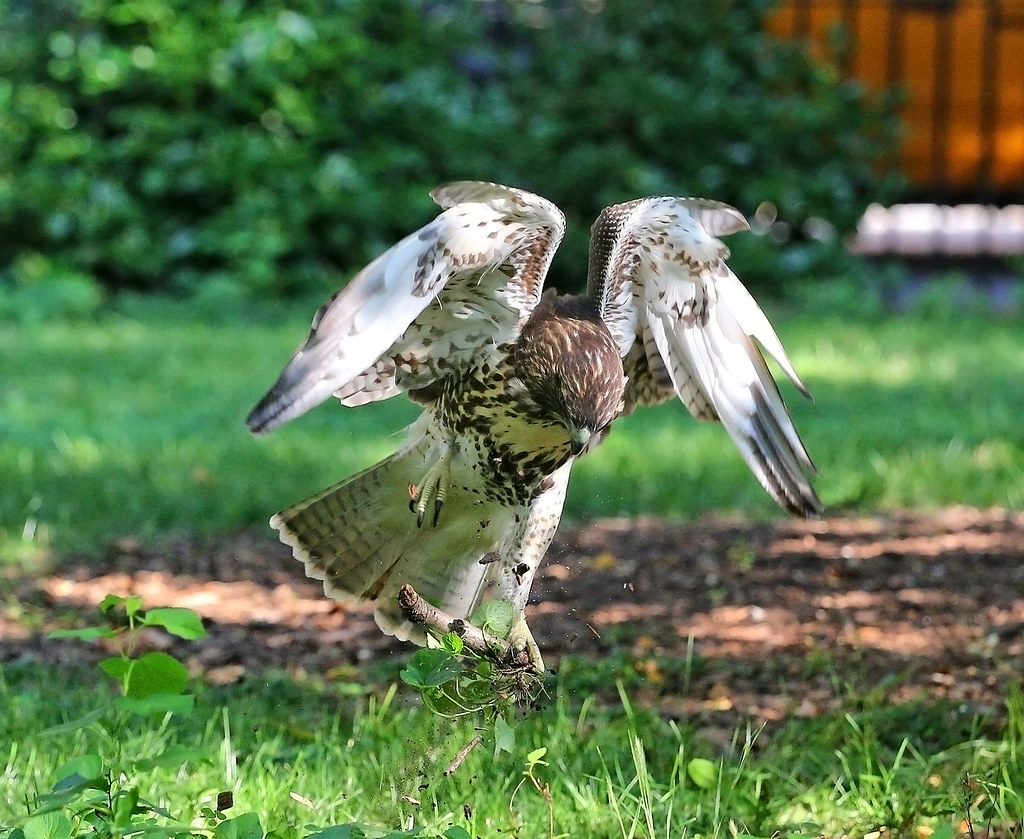 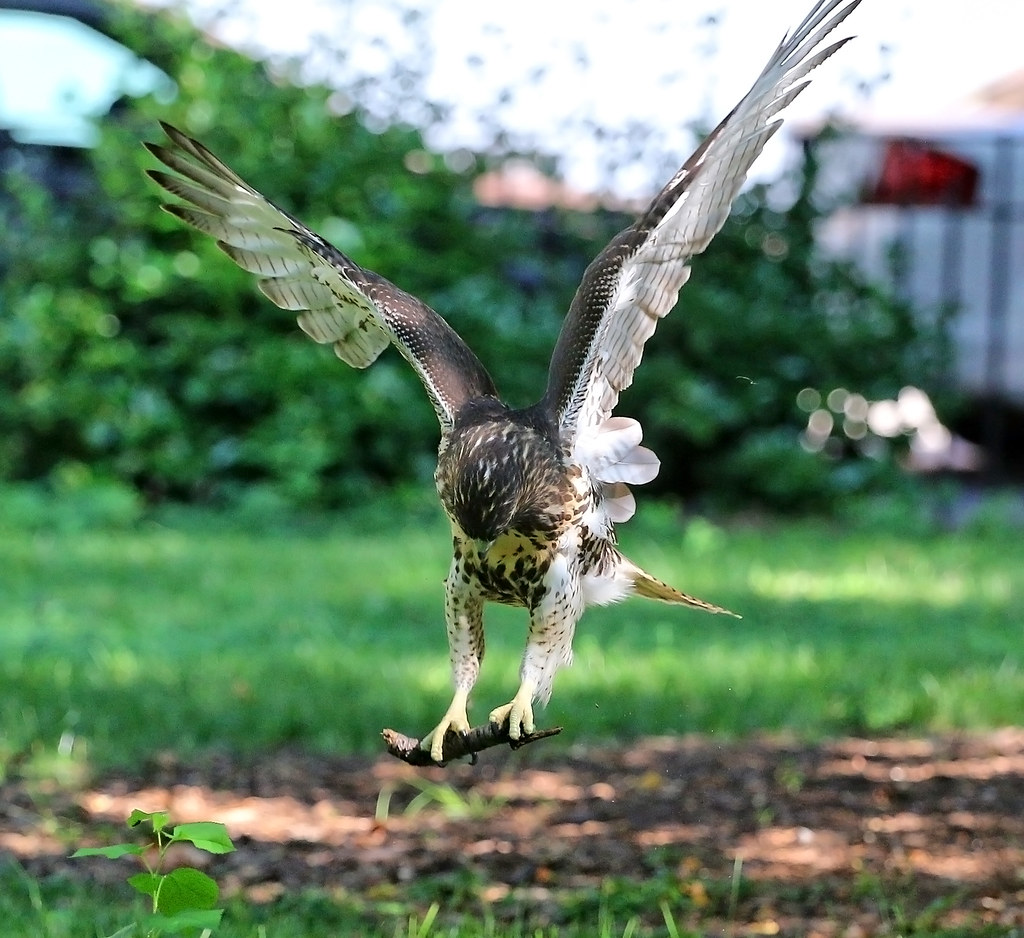 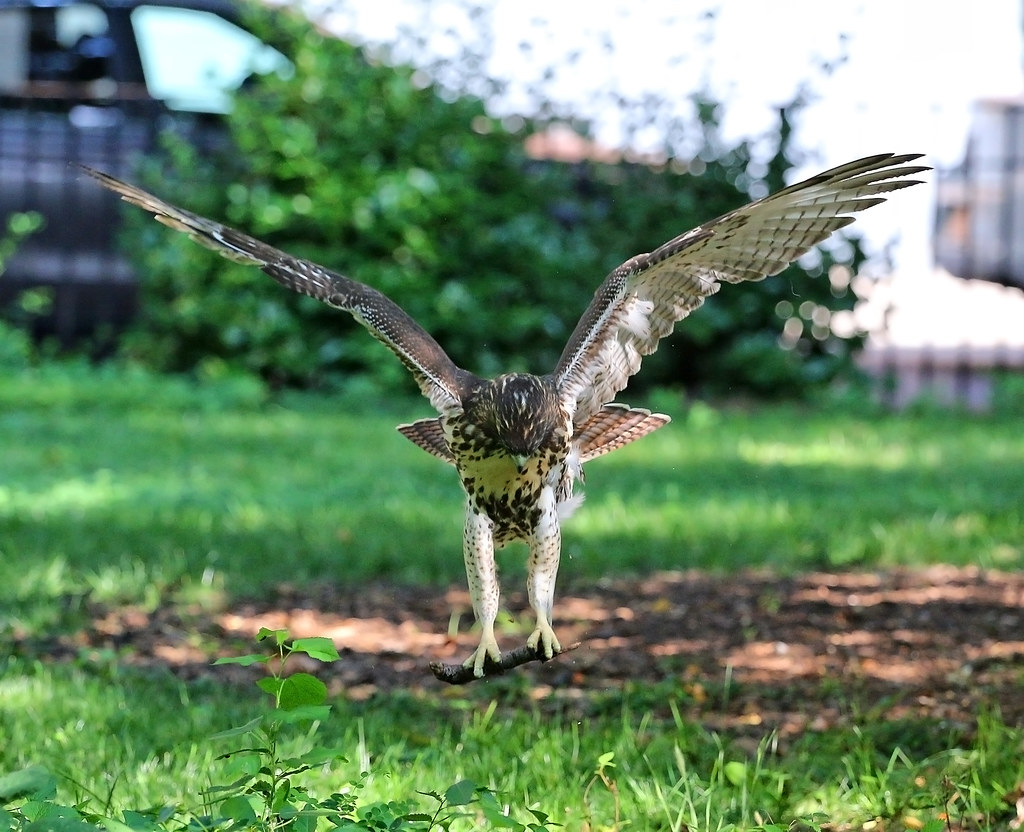 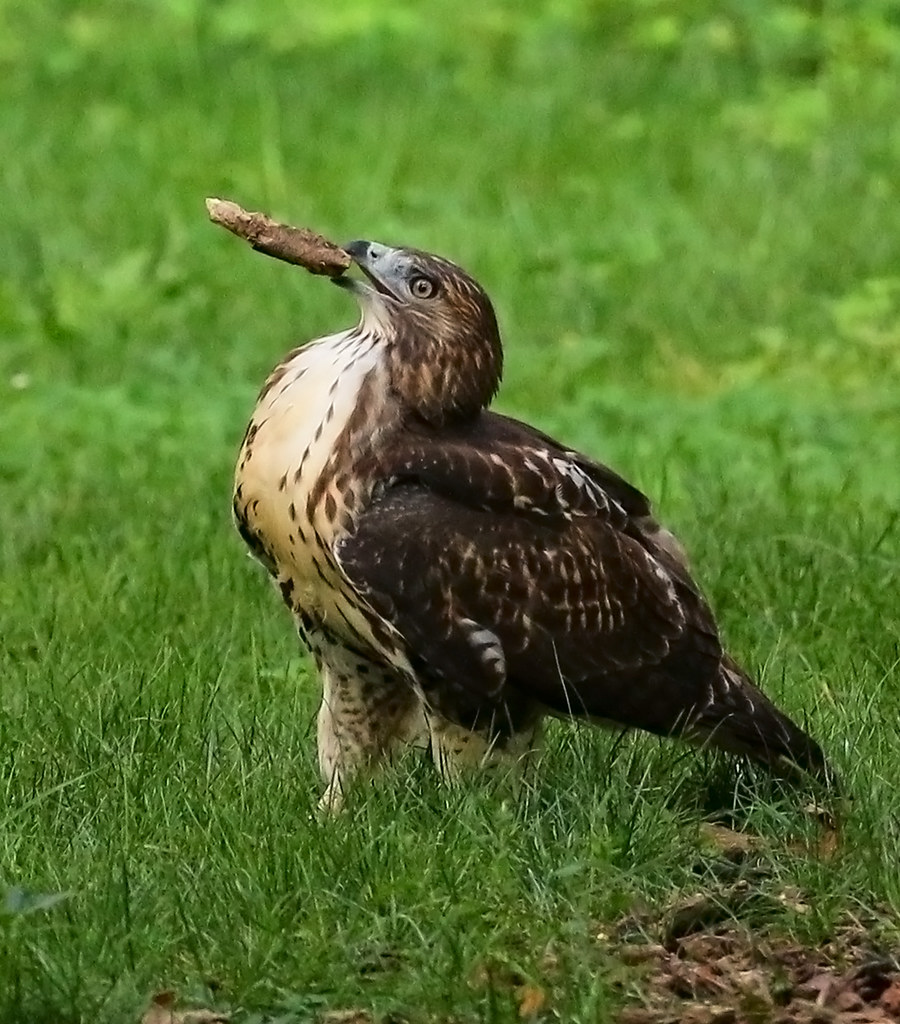 There's always time to take a break from stick-play to pose for photos... 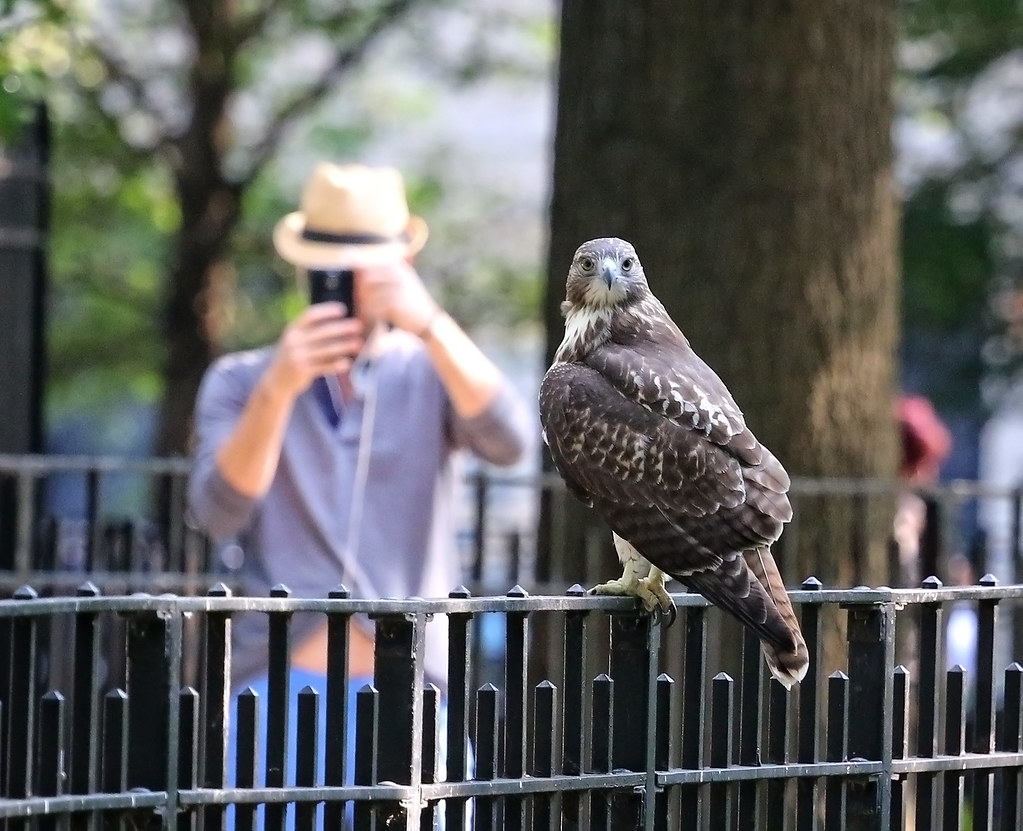 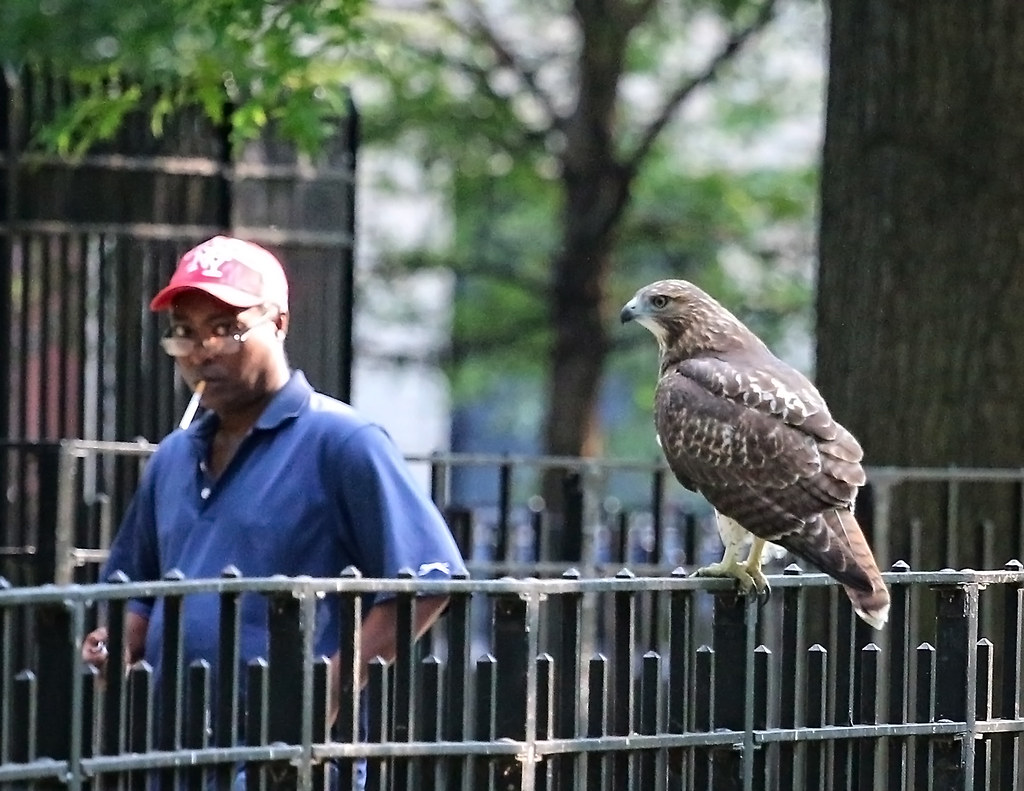 Just after sunset on Sunday, one of the kids caught a rat over by the handball courts. 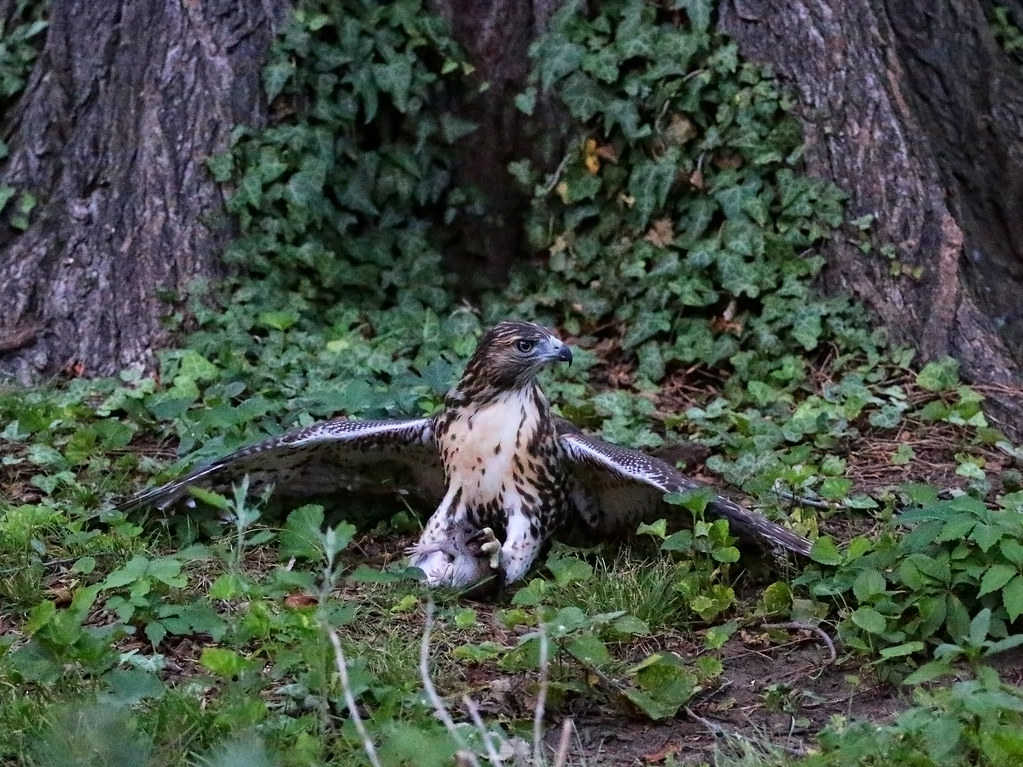 I've seen the young hawks catch mice, but this was the first time I saw any of them catch a rat, and the scene drew quite a crowd... 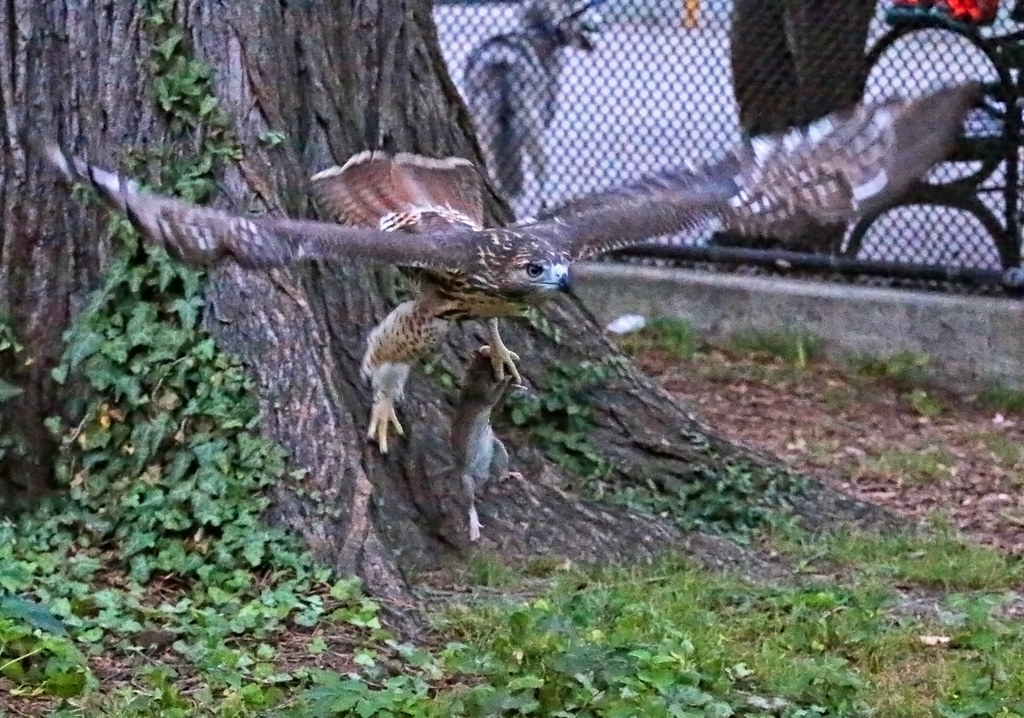 ...and there were many cheers as the hawk struggled to get the heavy rat up and over  a fence, then zoomed down Avenue B. 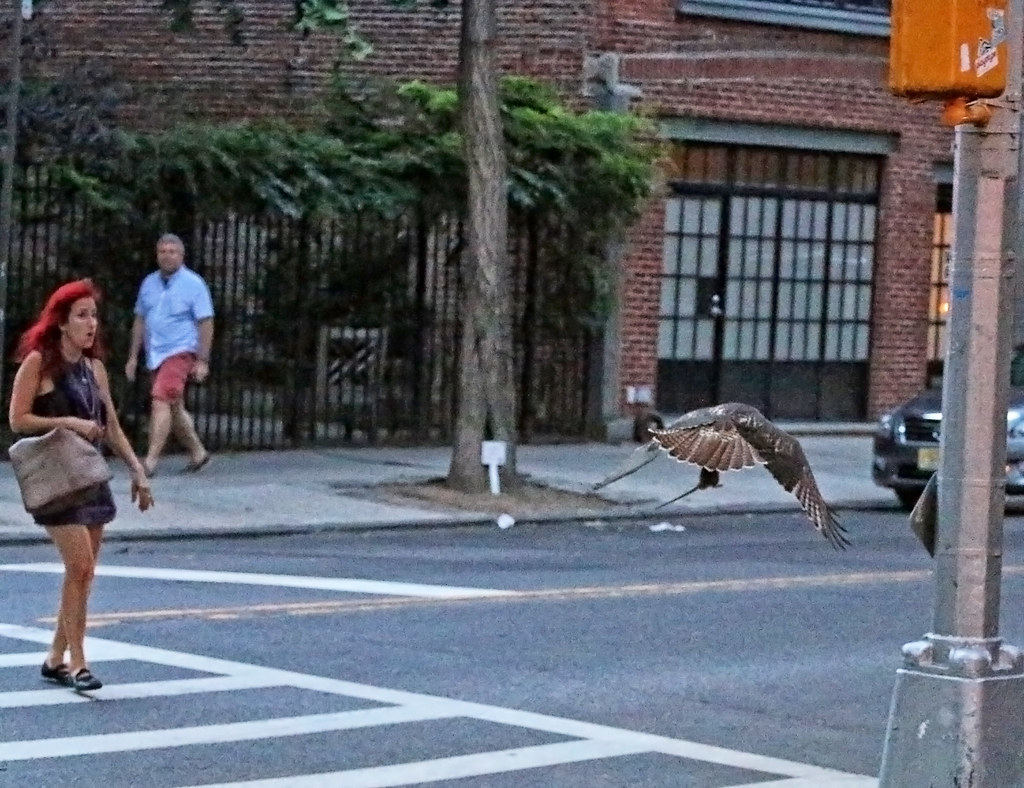 I hear a lot of interesting comments from people encountering the hawks for the first time.  My favorites from this day were:

Another man (coming upon a crowd of people looking up at a hawk in a tree):  What are y'all looking at?  GOD?!

Previously.
Posted by Goggla at 12:18 AM