The last three days have been hawk overload, so I will have to break all the updates into several posts.

As of today, one hawklet is left on the Avenue A air-conditioner nest.  Its two siblings both fledged on Saturday, June 20.  I have to say, I am both relieved and really impressed with both fledges.  I've been worried about this nest since Day 1 as it's so small and in what I think is a dangerous location.  But, all three baby hawks have done really well, which tells me I should have trusted the decision of parents Christo and Dora to build their nest there.

The first fledge happened around 10:10am.  I slept in that day and missed it by half an hour (snooze and lose!), but Two Hawks NYC has more details on what happened.

I caught up with the fledgling later in the day on E 5th Street, where it had settled right over Sophie's Bar (thanks to the couple on the street who saw me run right past the hawk and came after me to show me where it was). 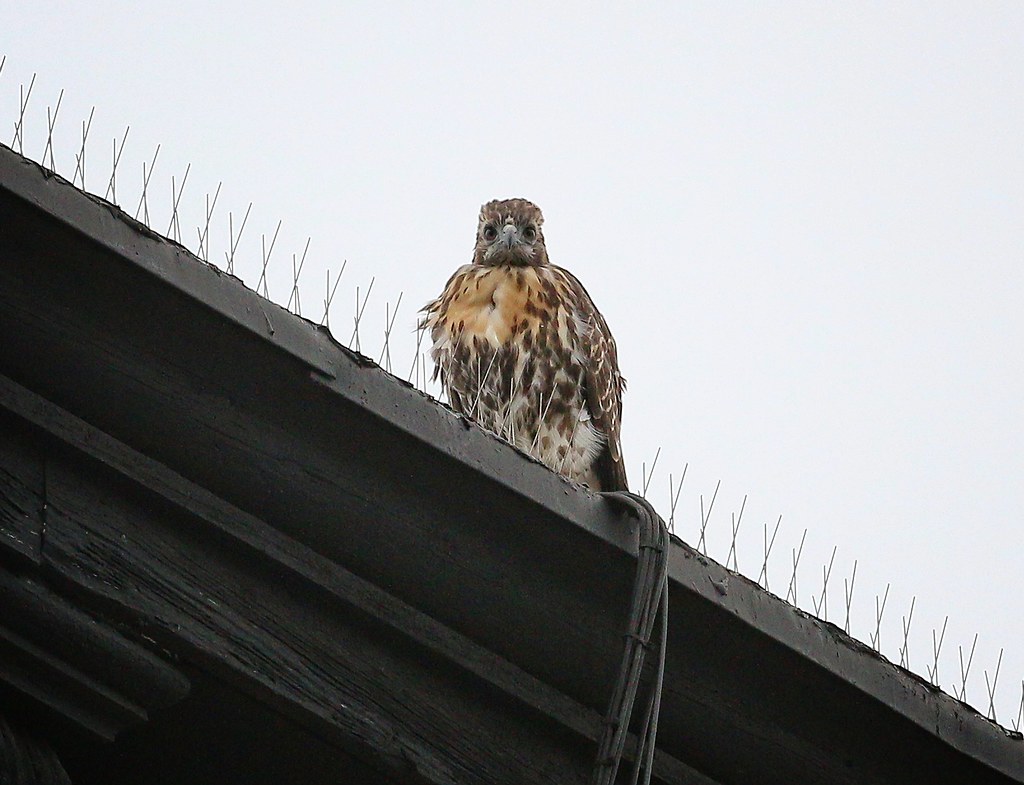 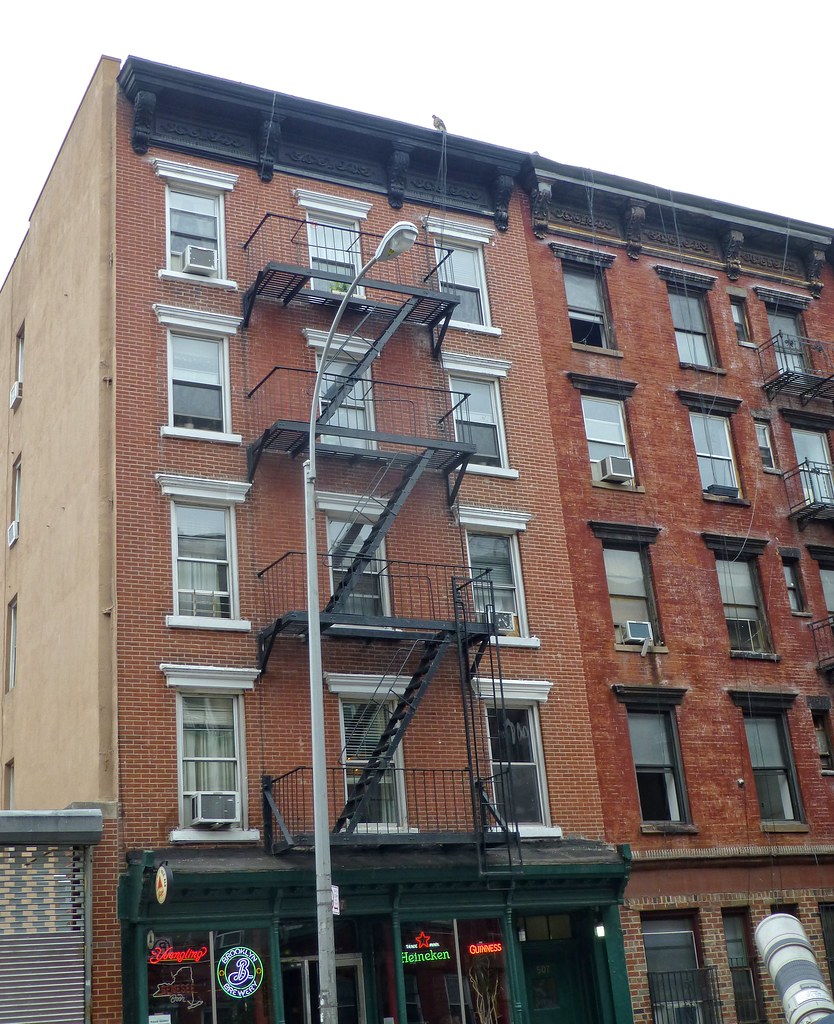 It seemed a little overwhelmed... 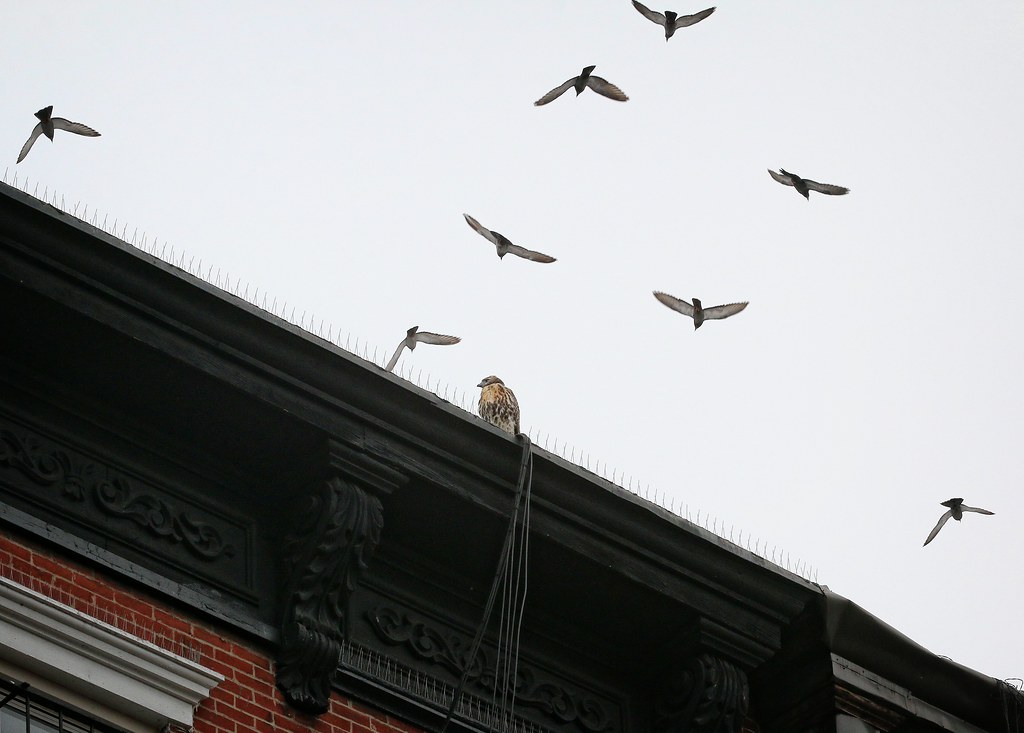 ...but soon relaxed and stretched. 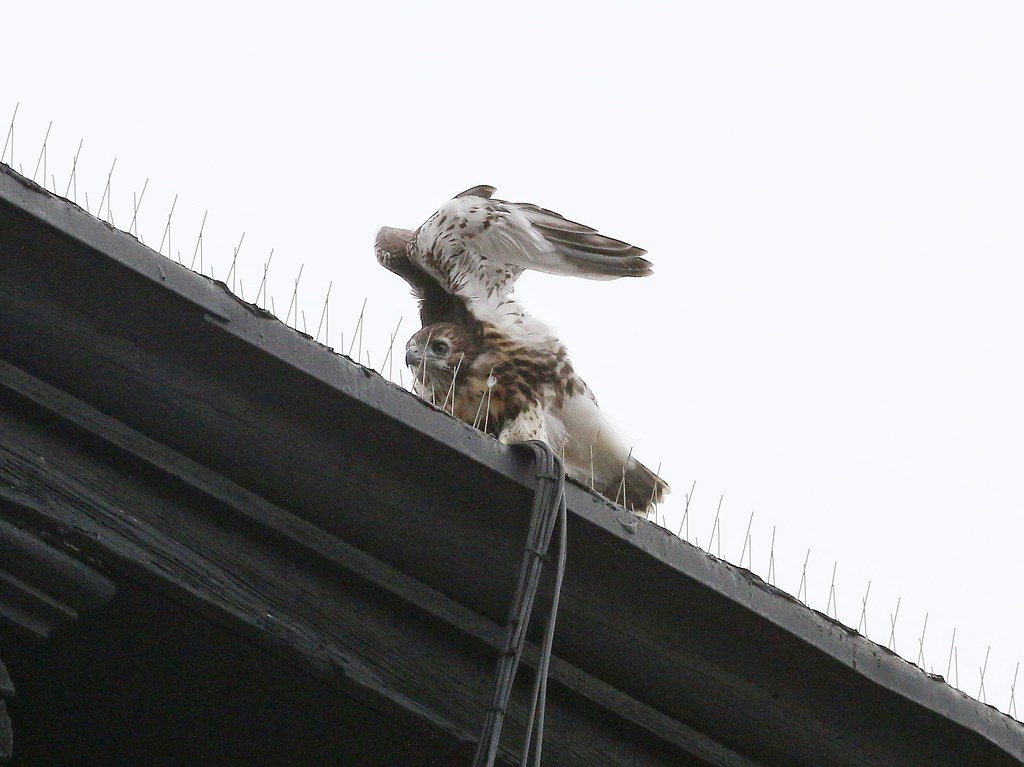 I love that it used the bird spikes on the roof to scratch its head. 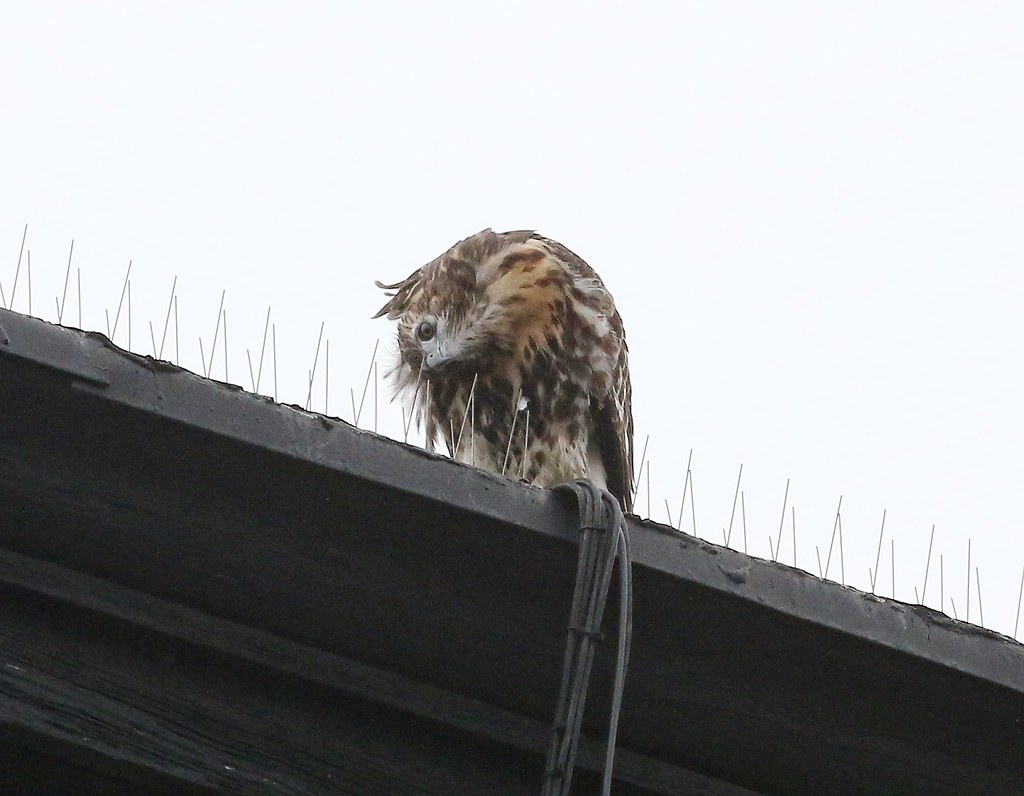 Welcome to the big world! 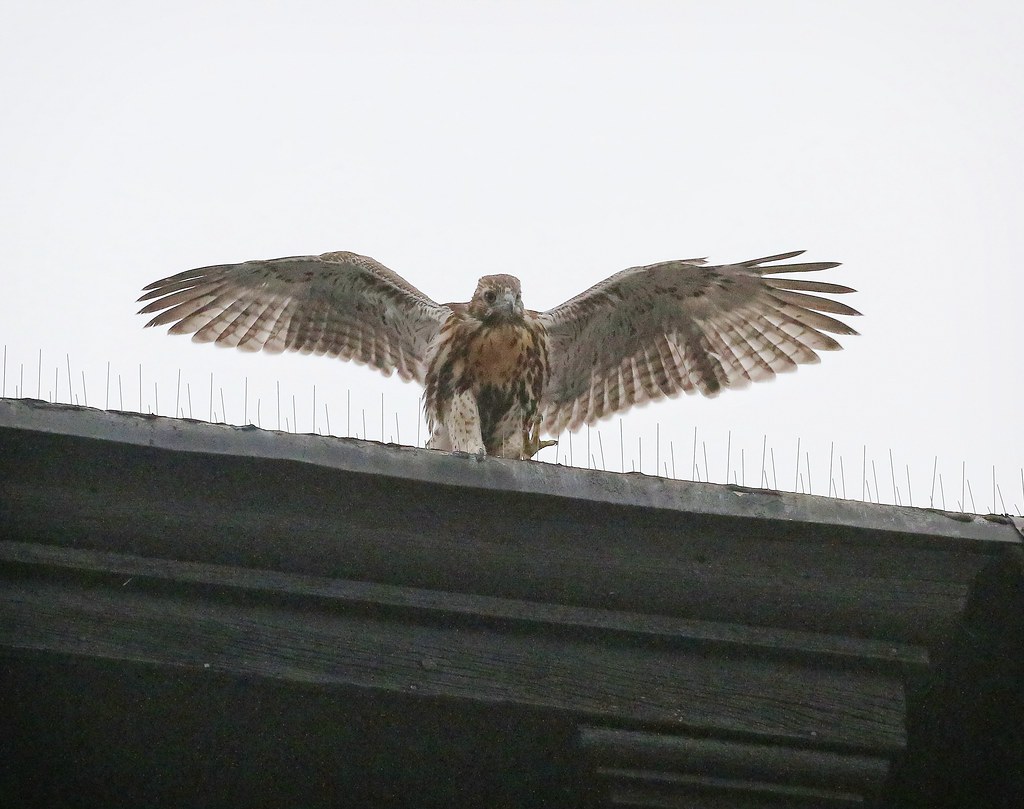 The fledgling hopped around the roof for a while... 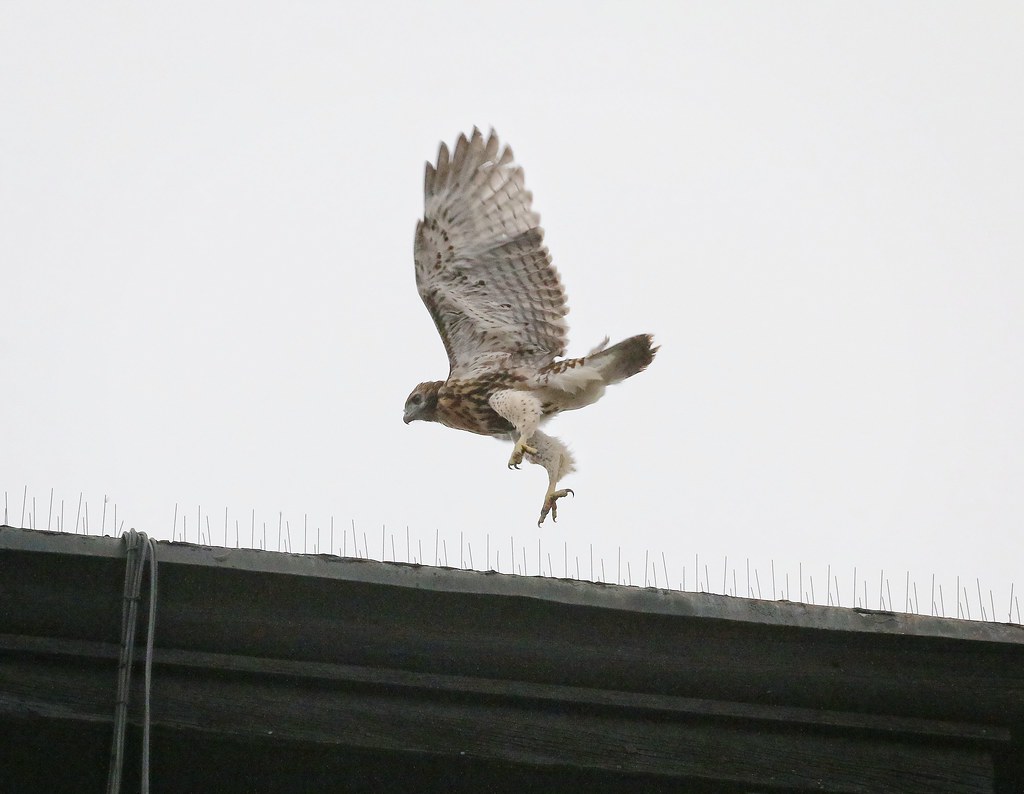 ...and then took off flying south over 5th Street around 6pm.  This was the first time I actually saw it fly. 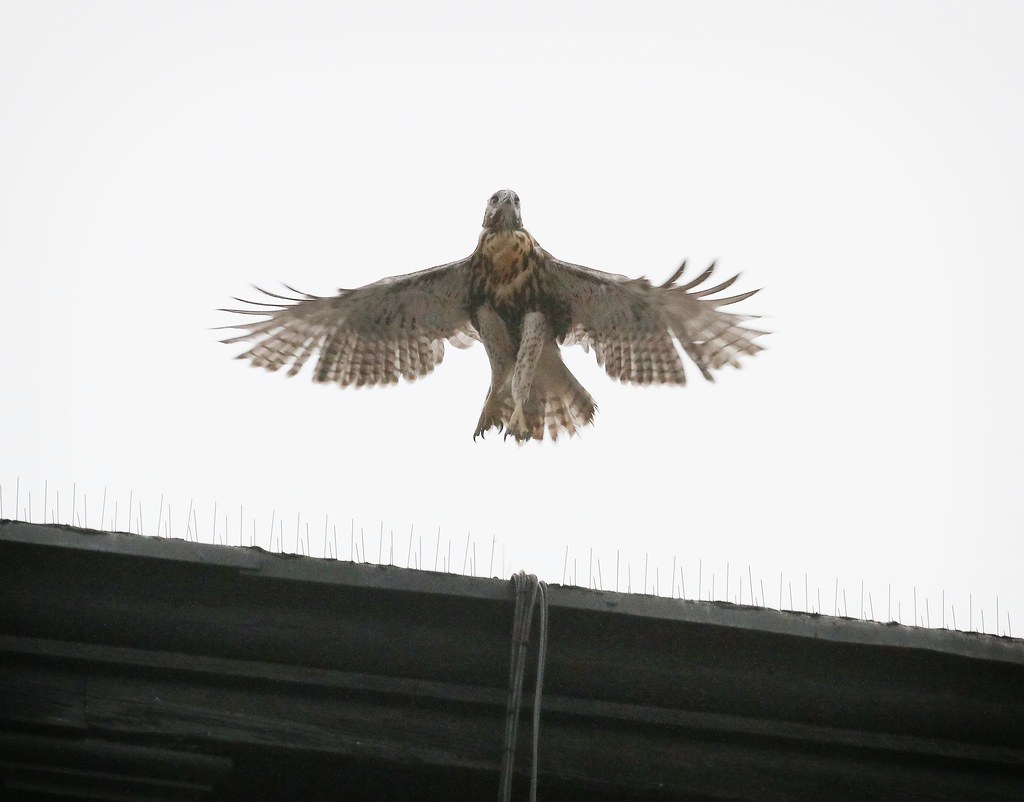 To recap, this hawk hatched on May 1, putting it at 51 days old when it fledged.

Previously.
Posted by Goggla at 9:06 PM