I love hawk-watching in December.  The air is crisp, but not unbearably cold.  The sun shines a filtered yellow that brings out the warm color of the birds and compliments the pale blue sky.  The hawks are active at this time of year, but the park is quiet and often serene.

Last Friday, I found Christo waiting in a tree near the chess tables in Tompkins Square.  The temperature hovered in the mid-20s, but Christo looked just fine in his puffy down coat. 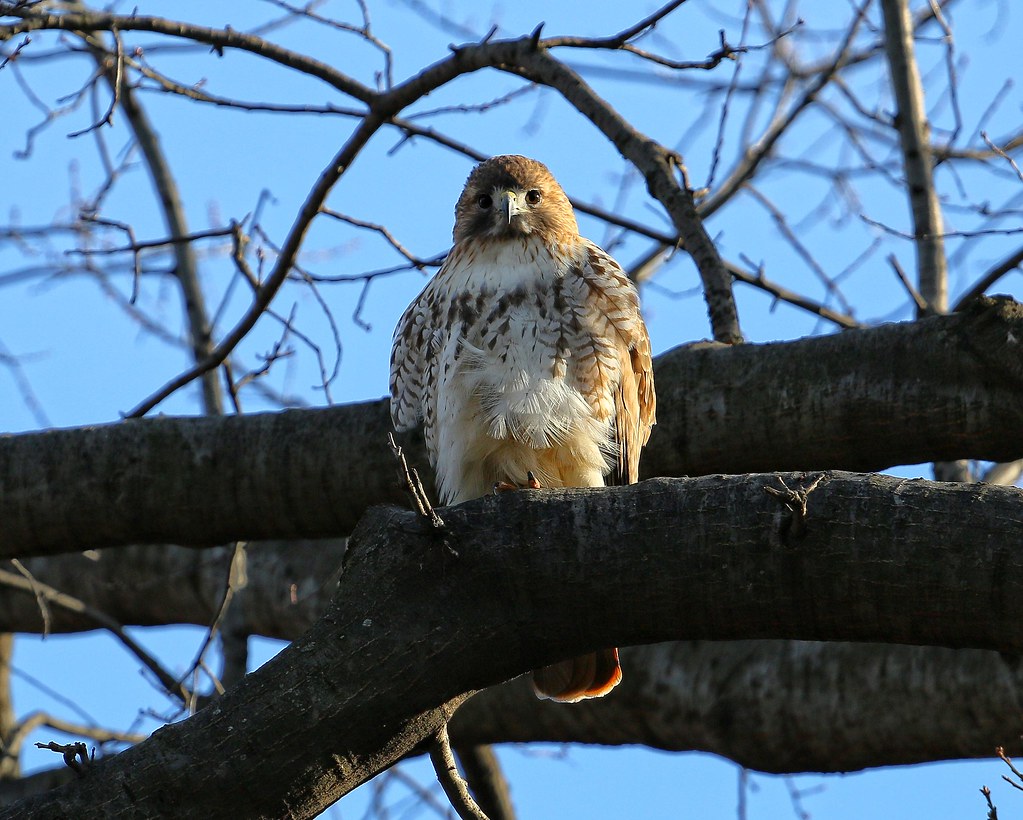 He looked bigger with his feathers fluffed up. 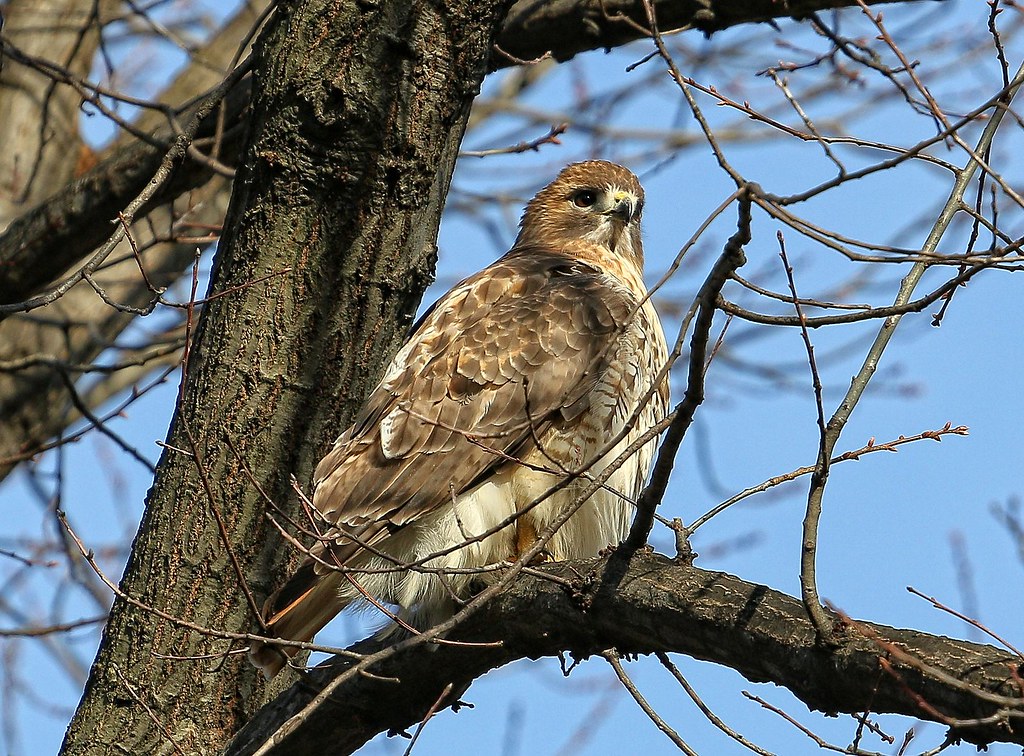 The squirrels are fattened up for winter and appear to be nearly the same size as the hawks.  Maybe their increased bulk feeds their confidence as one squirrel seemed to be at ease hanging out just inches away from a predator.  Christo showed zero interest, and was instead focused on a flock of pigeons feeding in the grass below. 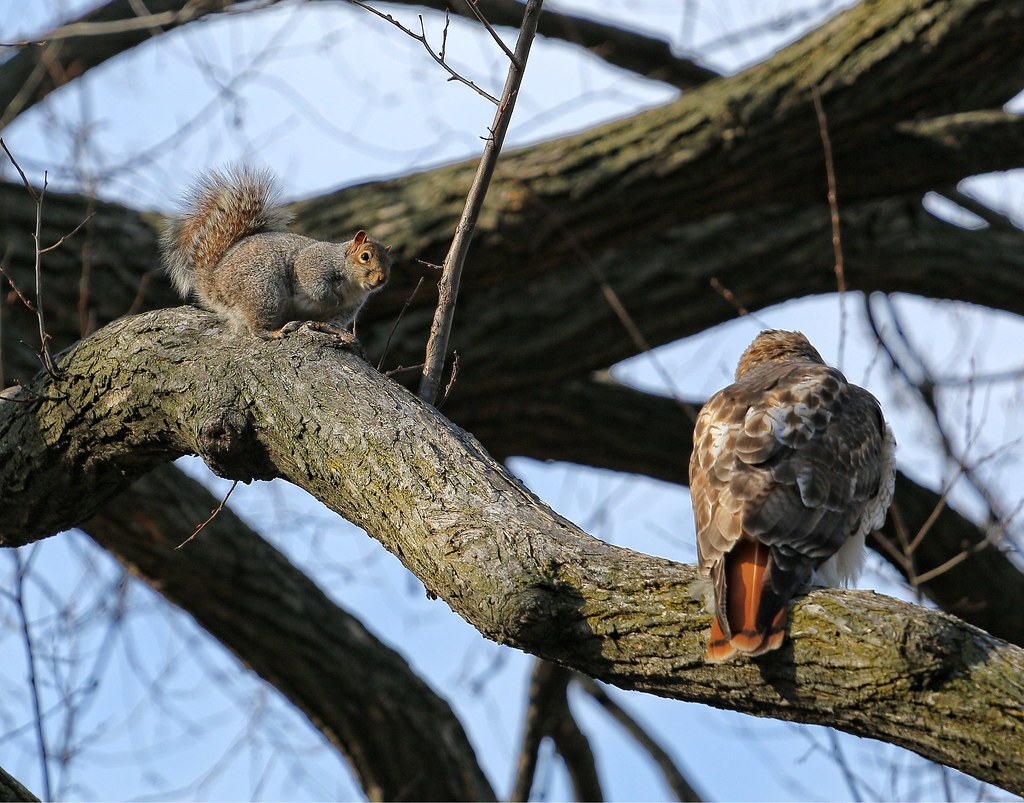 Meanwhile, I found Dora perched on a building on Avenue B and 7th Street.  She was watching pigeons on a rooftop across the street. 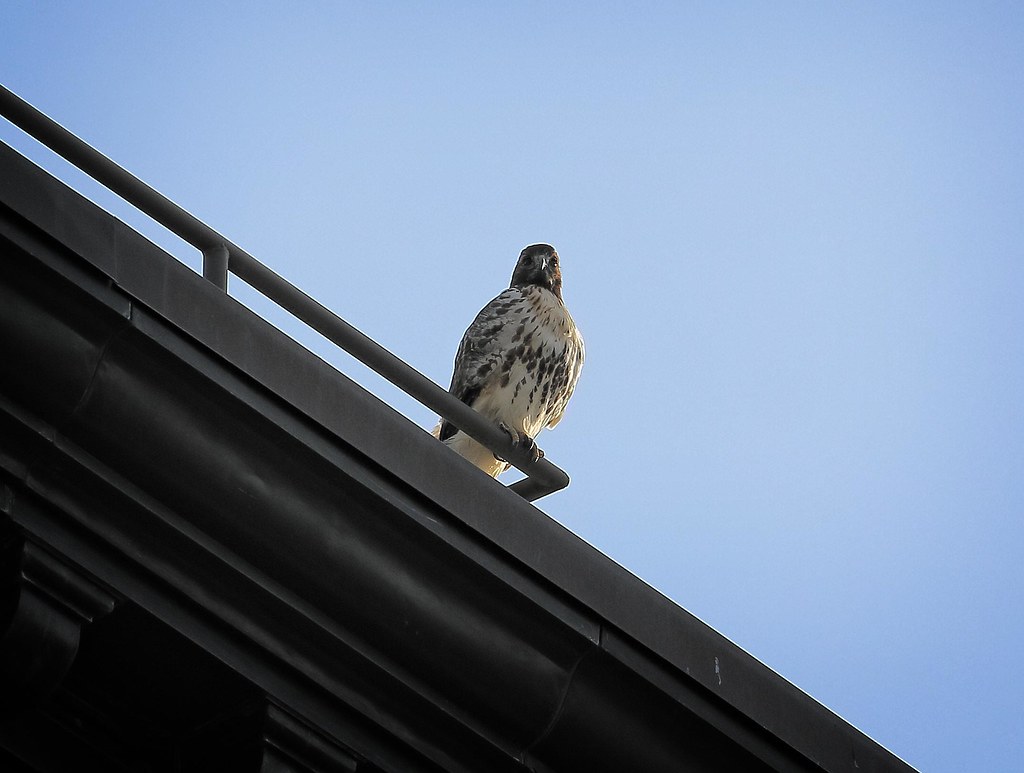 After a few minutes, she decided to take off north along the avenue. 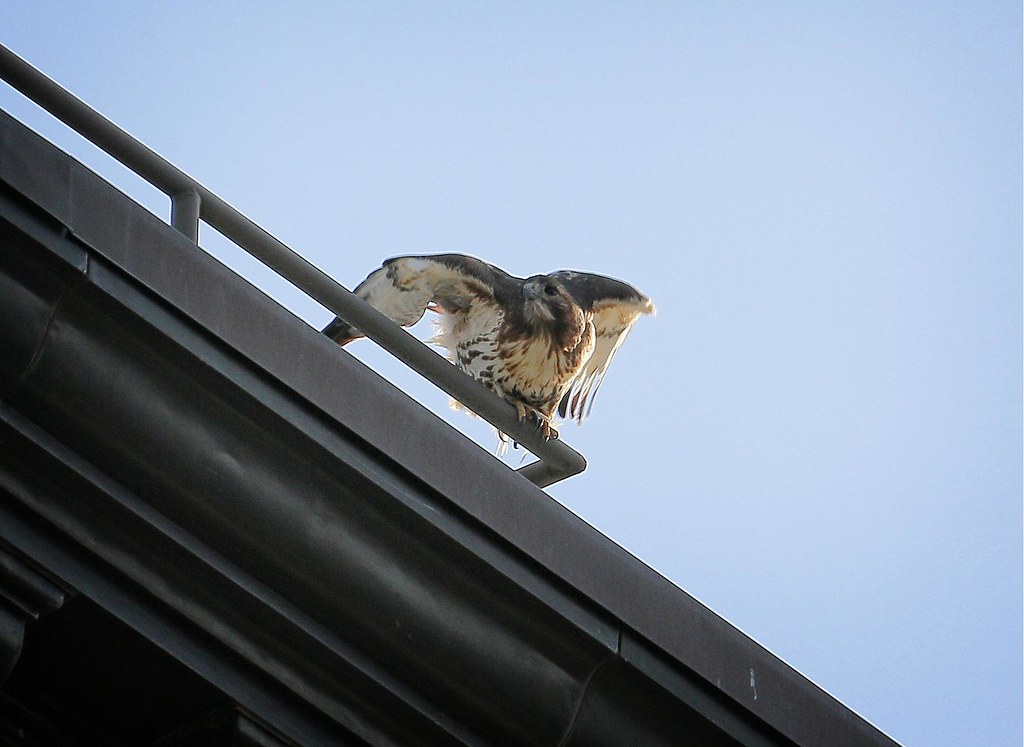 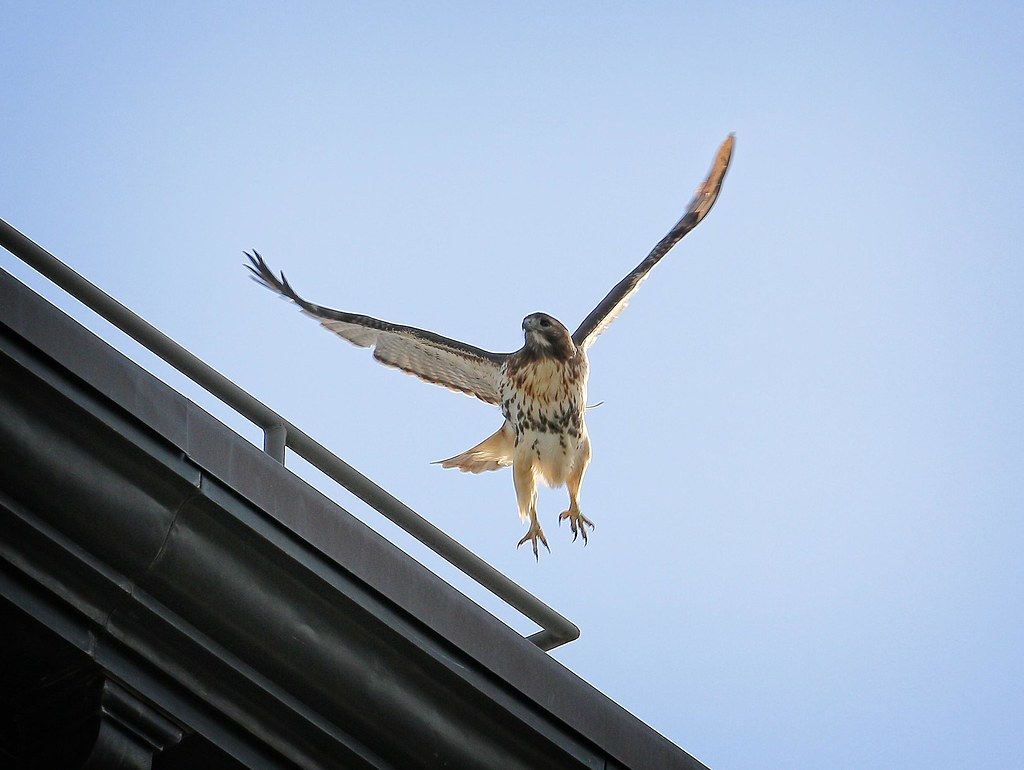 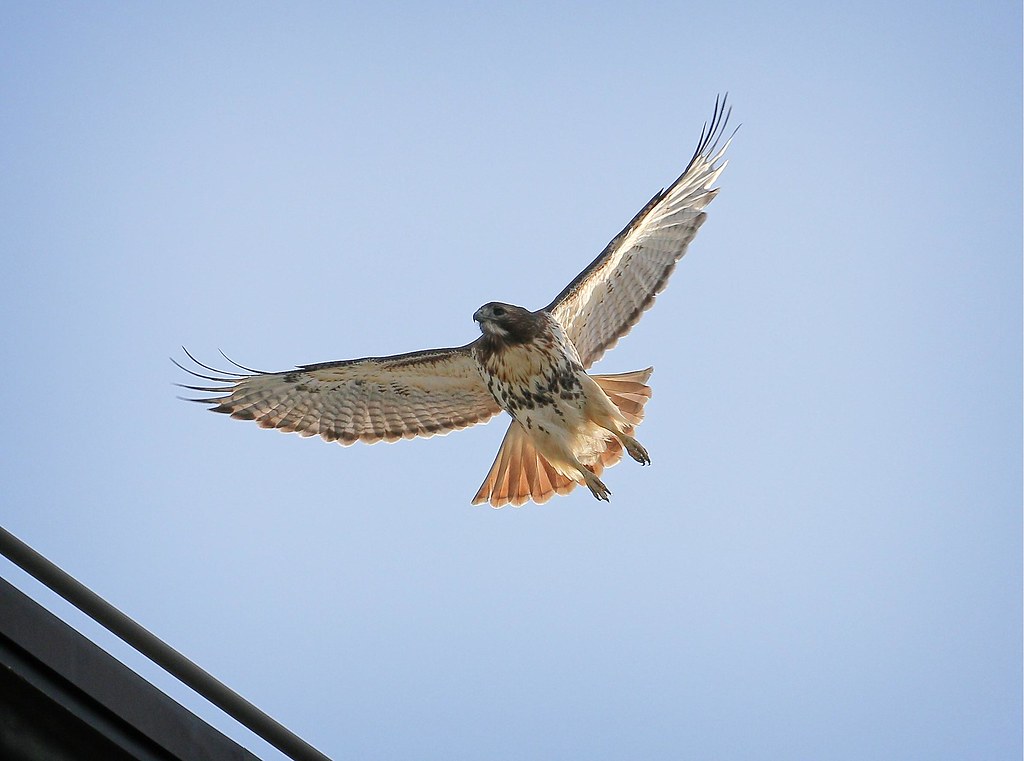 She settled on one of her favorite places - the roof of St Brigid's church.  From there, she took off NE towards Avenue C. 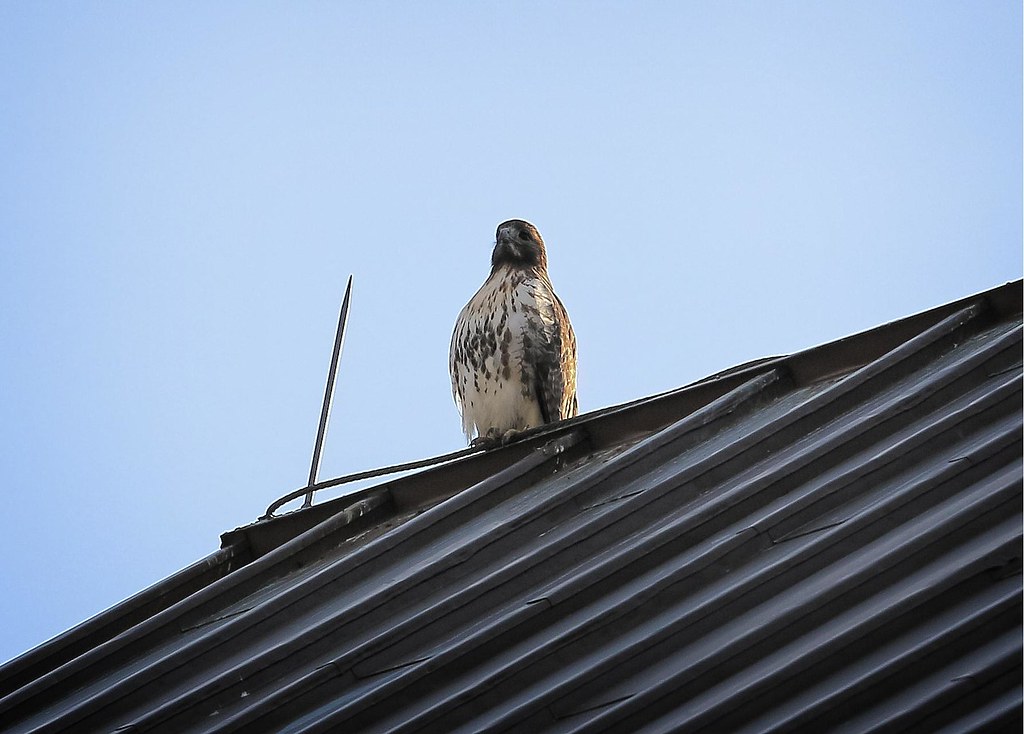 I continued down Avenue B and noticed a flock of pigeons going wild over 4th Street.  When I reached the intersection, something shot past me and flew into the sun.  I ran down the block to 3rd Street and turned back to see this juvenile Cooper's hawk who had landed on a water tower. 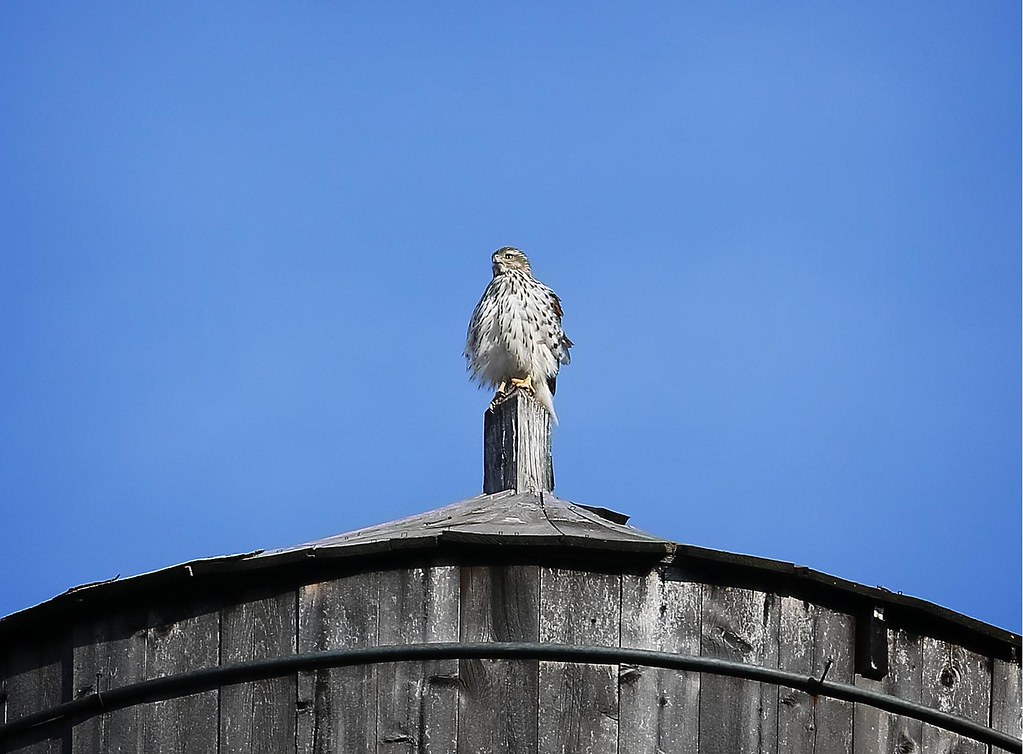 The Cooper's stayed up there for 10-15 minutes before diving down the side of the tower and disappearing east over the rooftops.

I walked back up Avenue B and found Christo on the cross at St Brigid's.  He seemed to be very focused on something far away to the west. 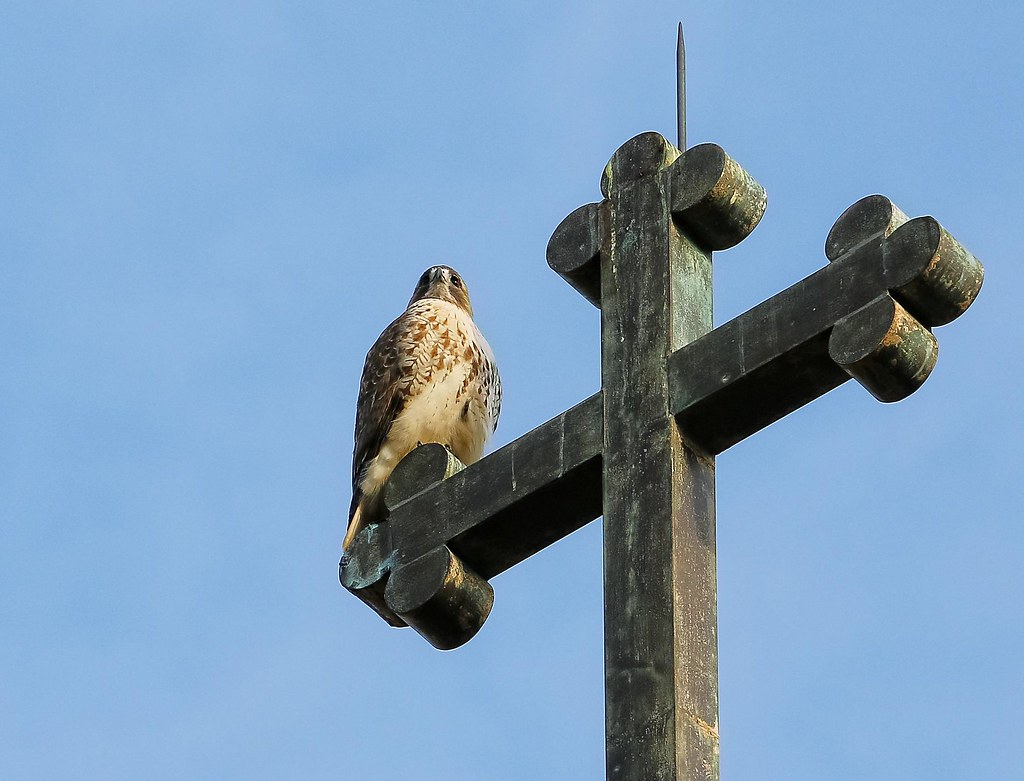 After a few minutes, he took off over the park. 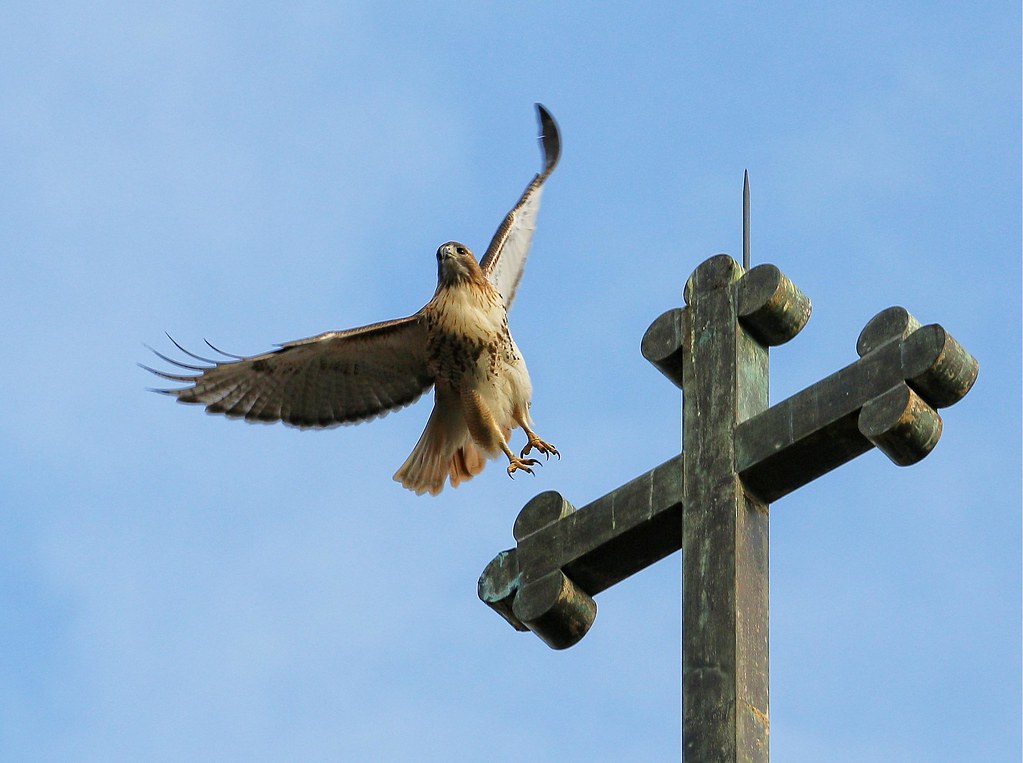 I found him a short while later on the cross at St Nicholas of Myra on Avenue A and 10th Street.  Pigeons were flying all over, but he didn't seem interested in them. I suspected the Cooper's hawk was around riling up the pigeons, and likely keeping Christo's attention, but I never did see what was causing the fuss. 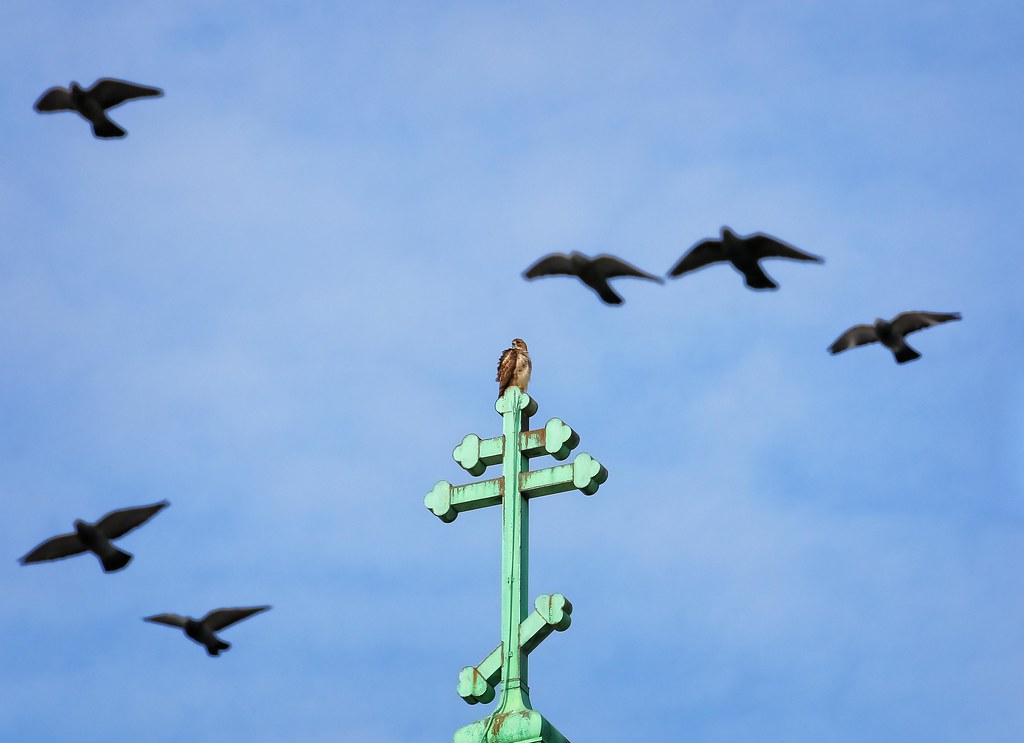 Later, Dora joined Christo in keeping watch over Avenue A. 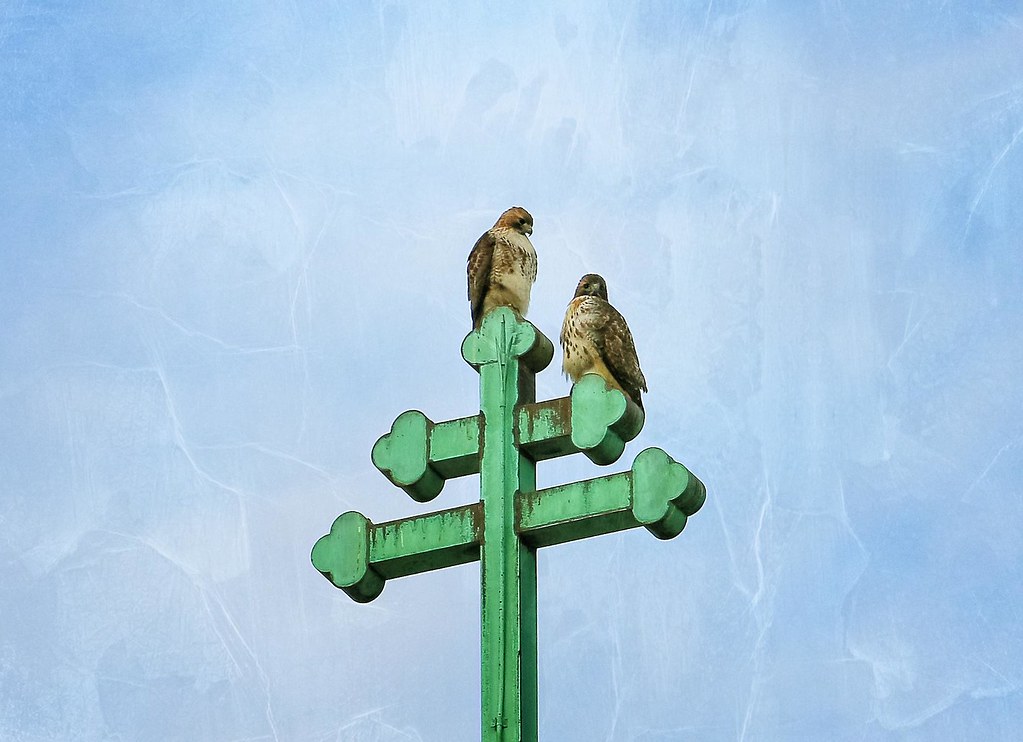 And that wasn't all the action that day...more to come.
Posted by Goggla at 9:13 PM