This week's Christo and Dora adventures 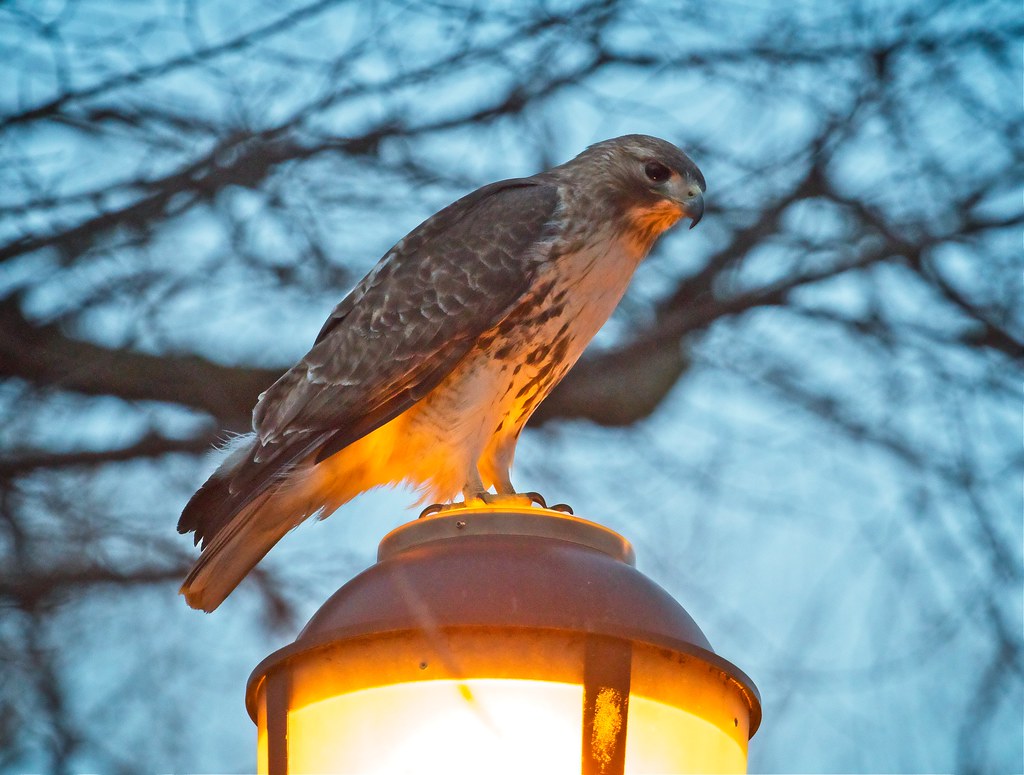 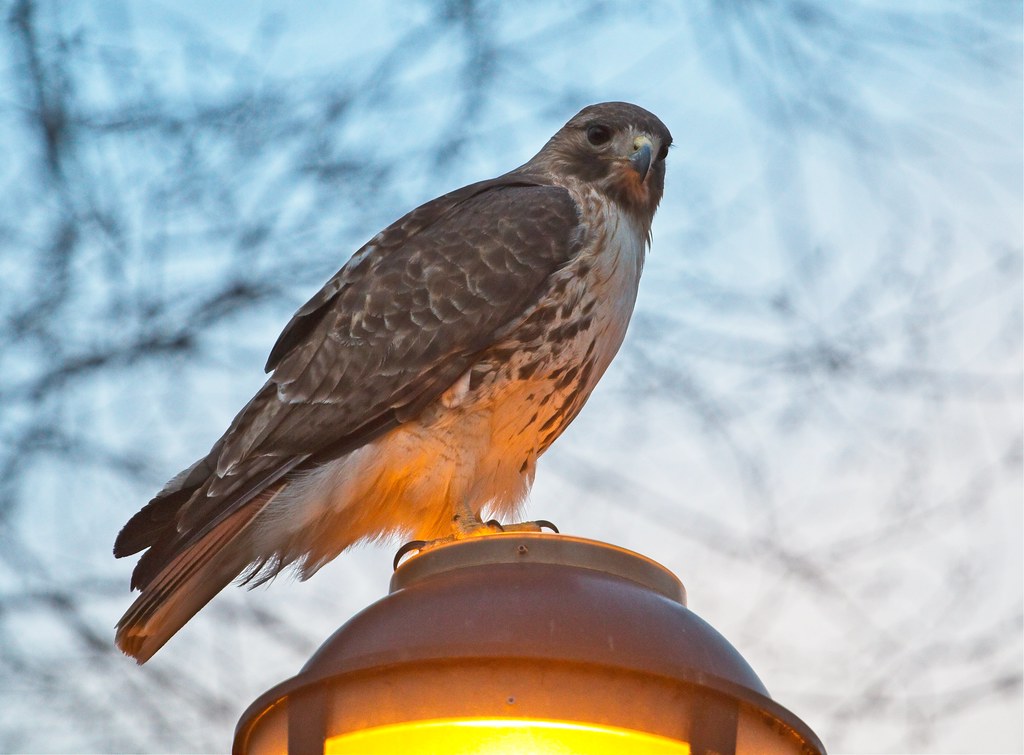 Although Christo was most interested in rats, he couldn't resist going after a squirrel who taunted him from a nearby tree.  He lunged at it, missed, and consequently scared the rats away.  The squirrel then chased after Christo as he retreated to another tree.  As he flew past me, I heard him making his "annoyed" growl and also saw that he had a funky white feather hanging down the center of his tail. 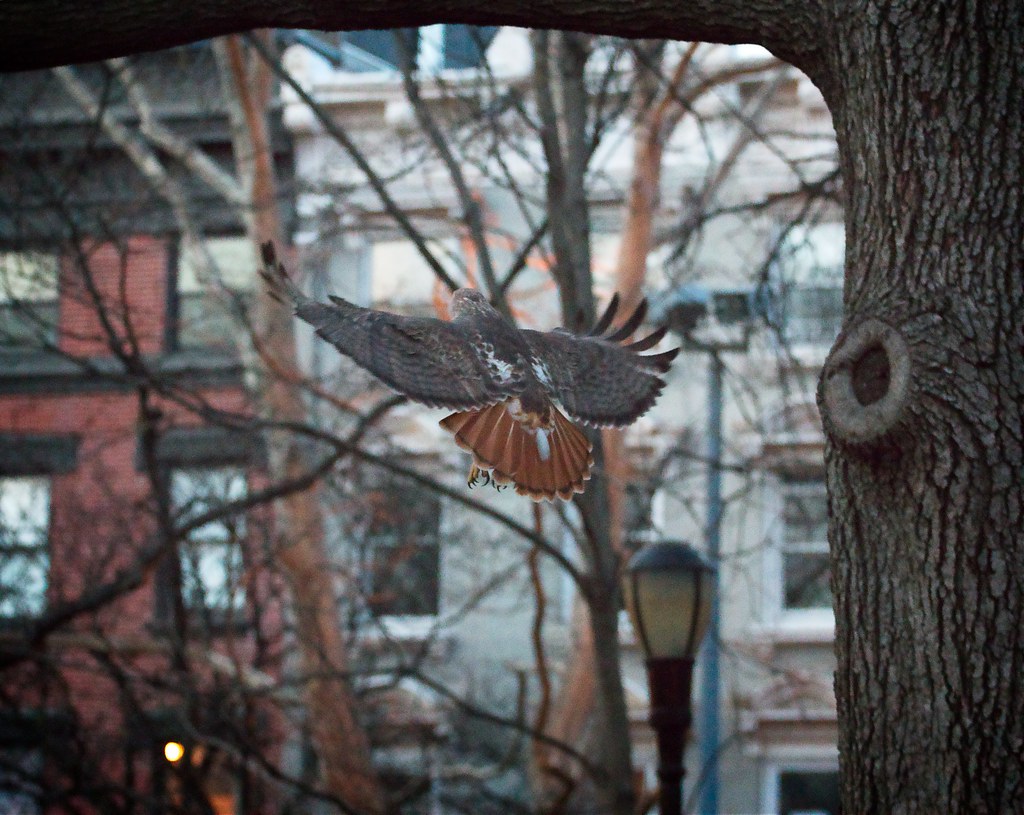 Speaking of tails, I noticed on Saturday that Dora is missing two tail feathers.  The gap is clearly visible when she flies. 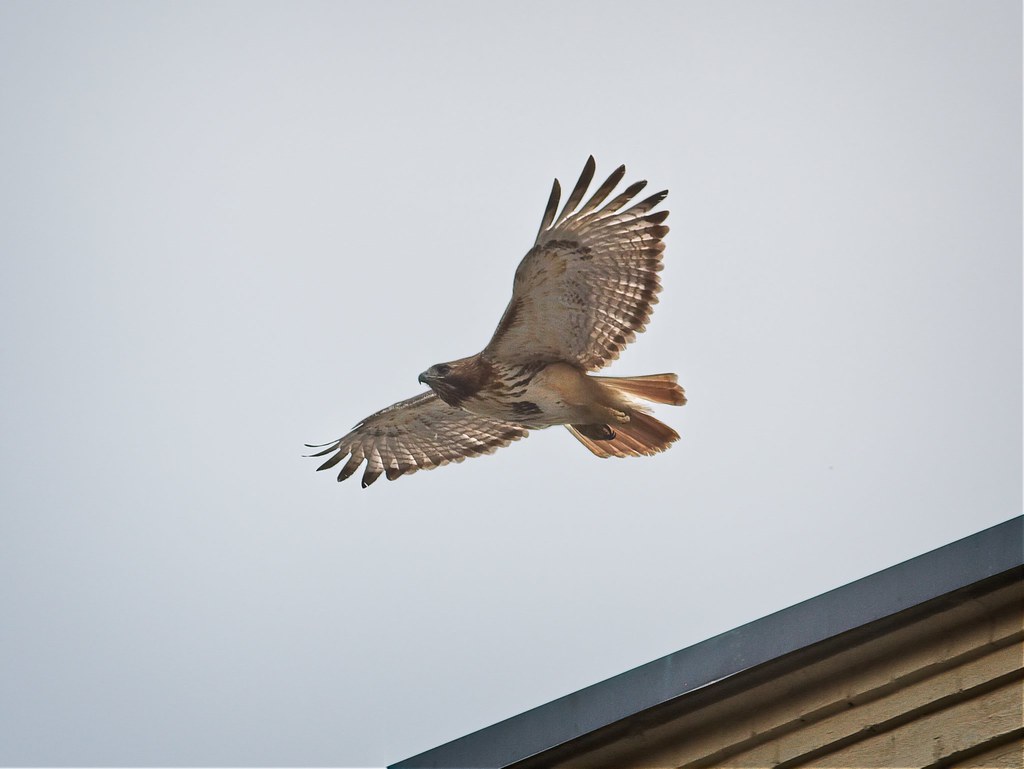 Dora doesn't molt until late July, and I doubt two feathers could have been dislodged by moving around in the nest.  I suspect someone/thing pulled them out.  Maybe a squirrel, blue jay or other hawk.  I really don't know.

In other strange happenings, Christo has been taking food to the old nest in the ginkgo.  The hawks  have shown zero interest in that nest until recently and made no attempt to rebuild it, so I was surprised to see Christo using it as a kitchen table.  There's barely anything left of it. 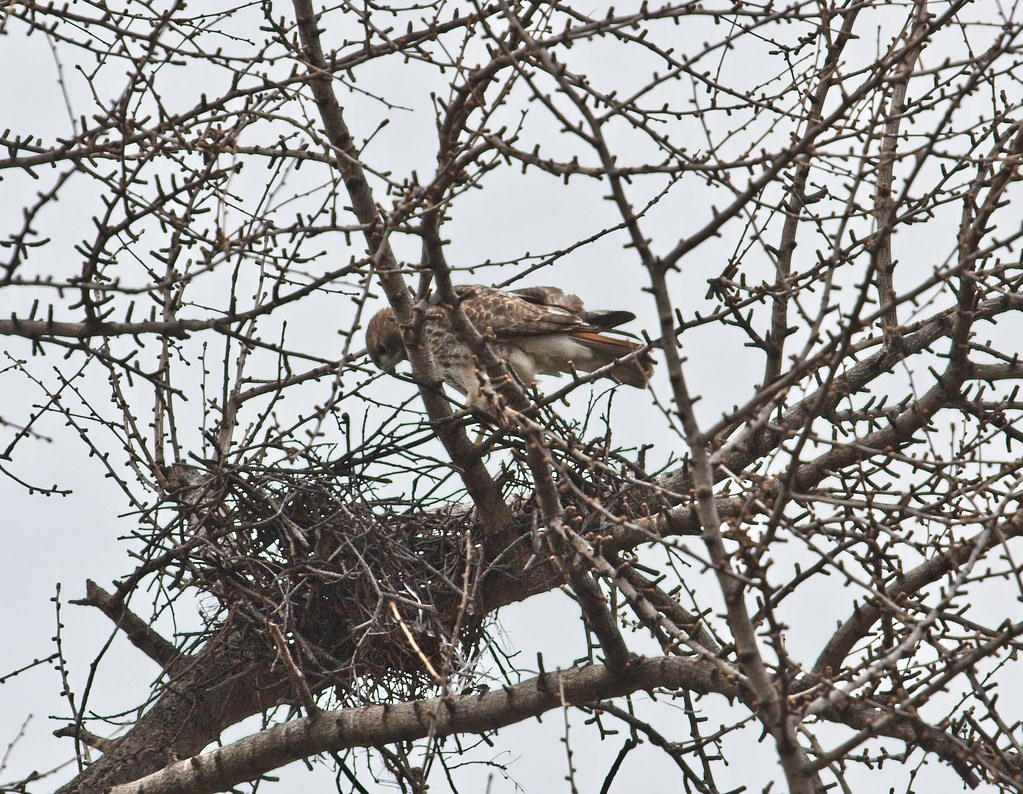 While Dora spends most of her time brooding eggs, Christo goes on food runs.  On Saturday, he picked up a fresh rat from the bird bath area. 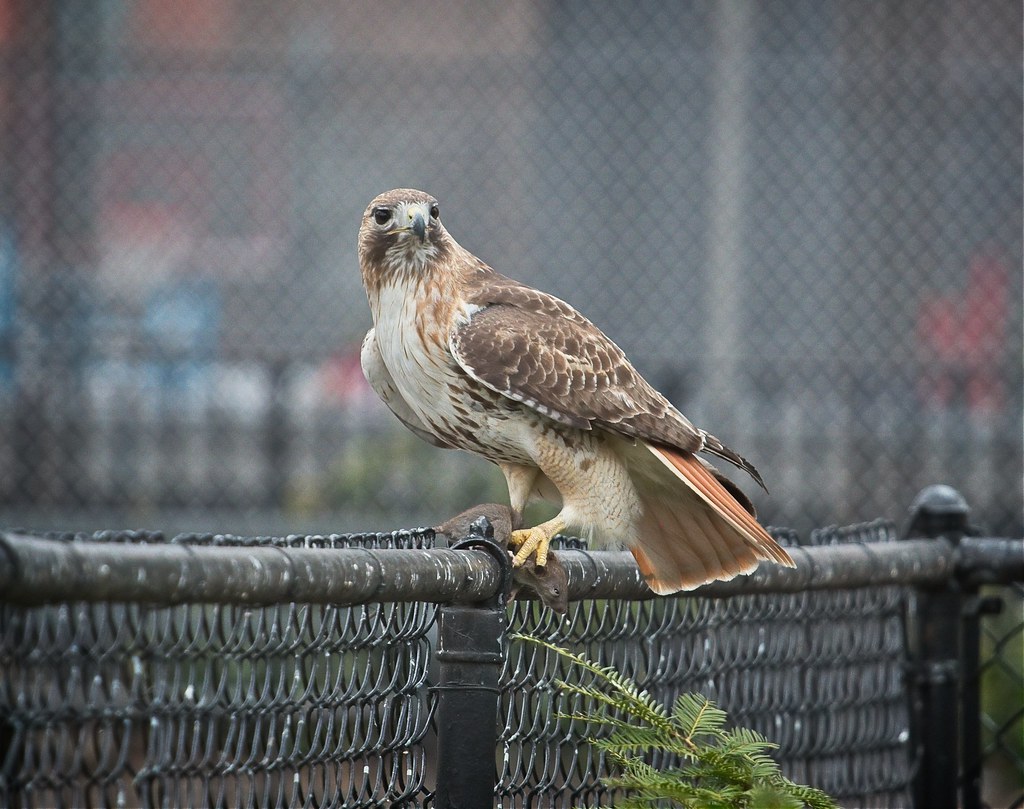 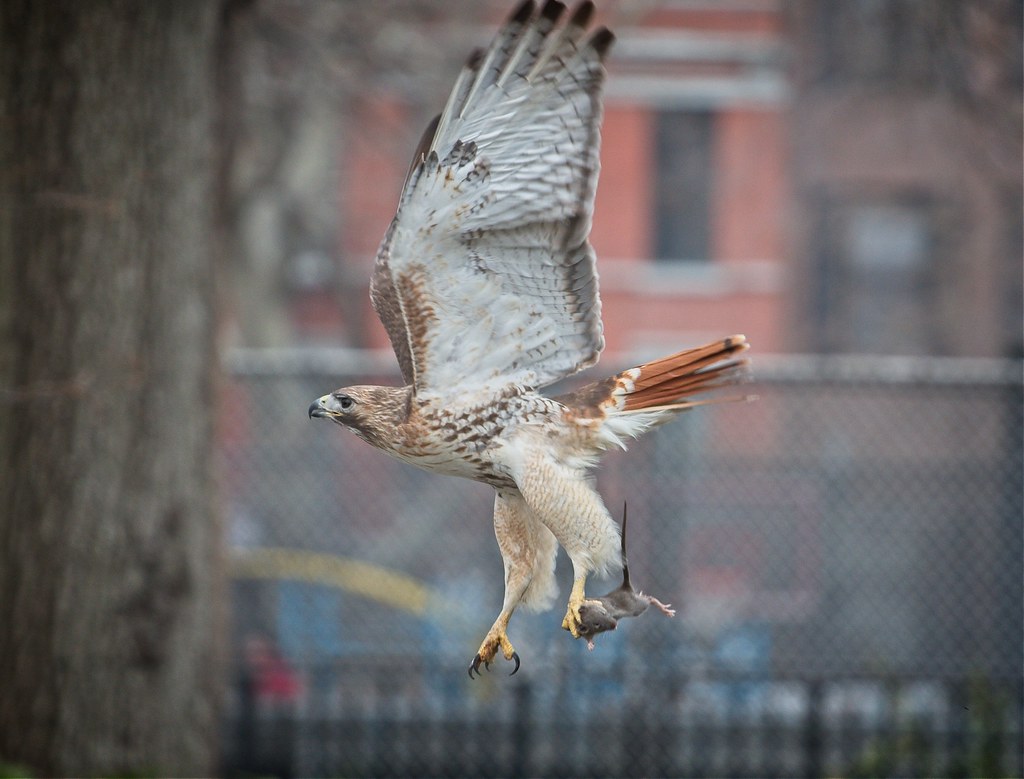 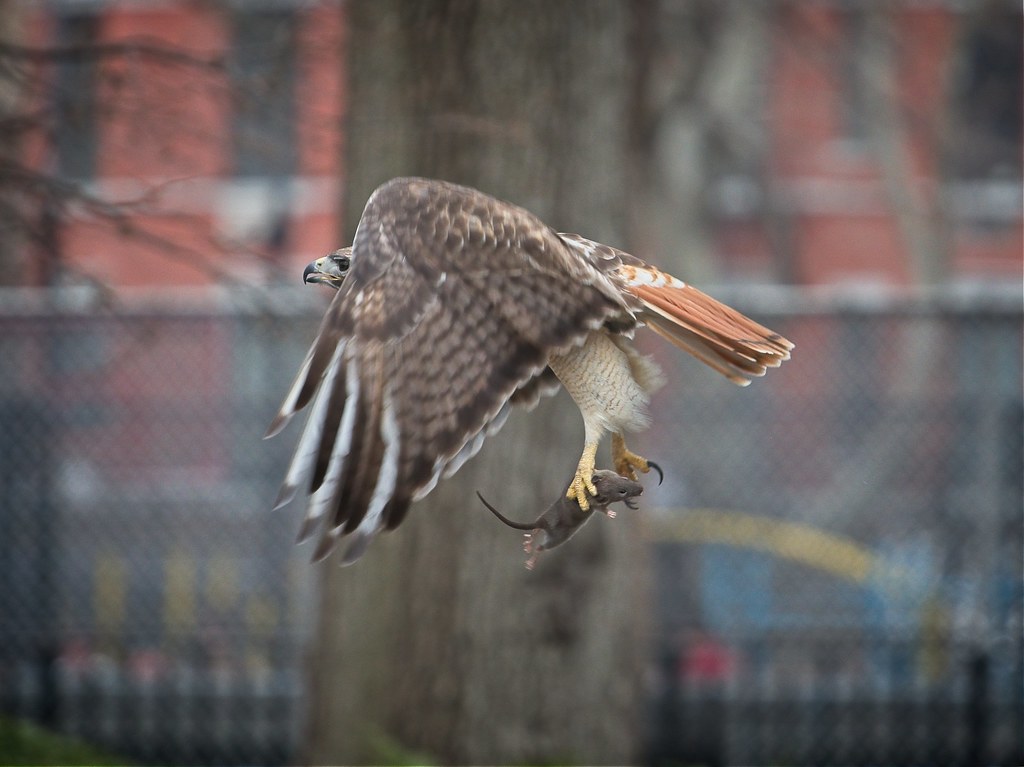 Note the white tail feather had fallen out by this time. 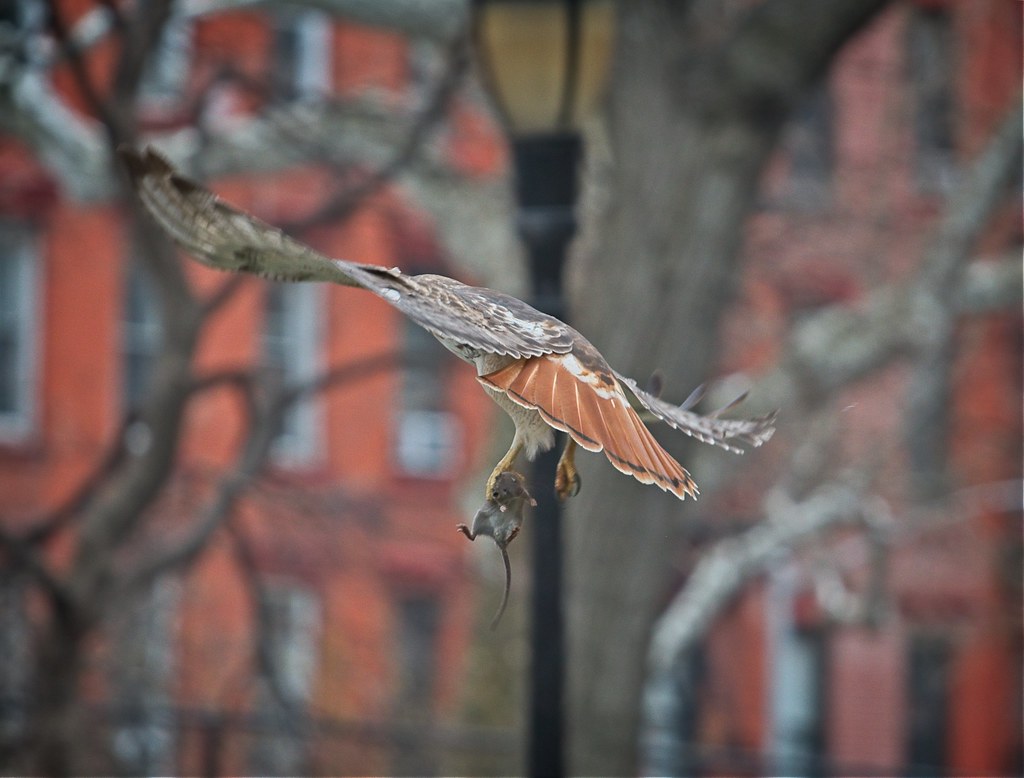 After taking the rat to a tree to prepare it, he flew it back towards Dora at the nest. 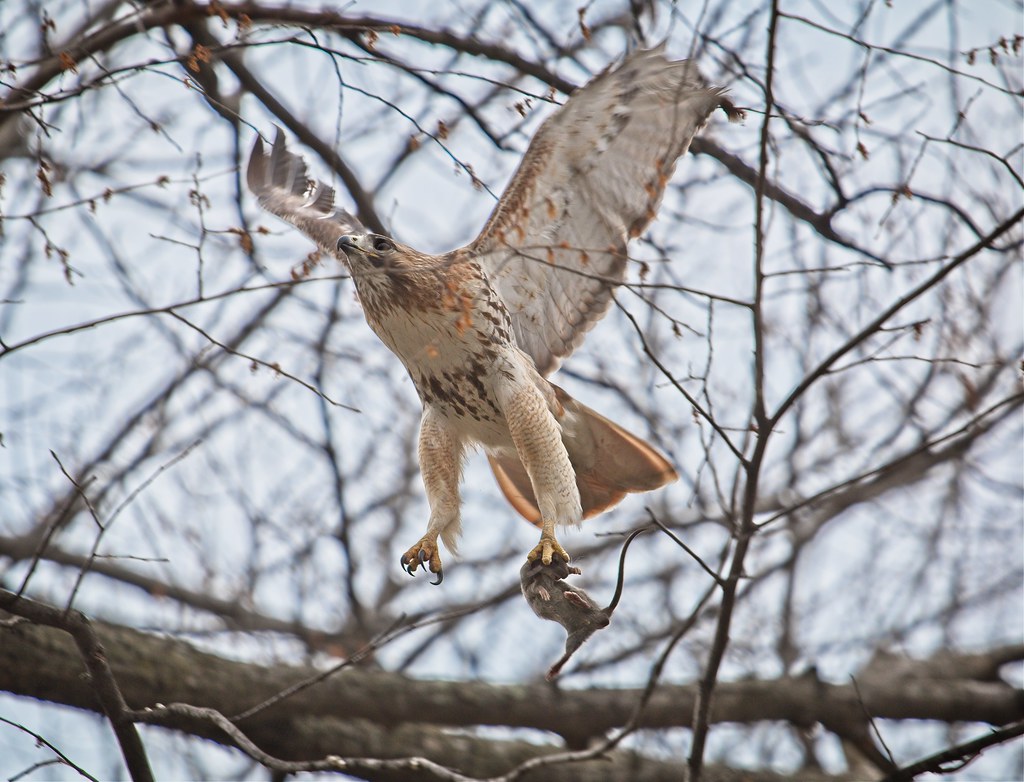 Christo took over brood duty while Dora went out to eat dinner.  When the hawks are down in the nest, they're almost impossible to see from below.  Curiosity got the better of this squirrel, who scampered out onto the branch and crawled right up the side of the nest. 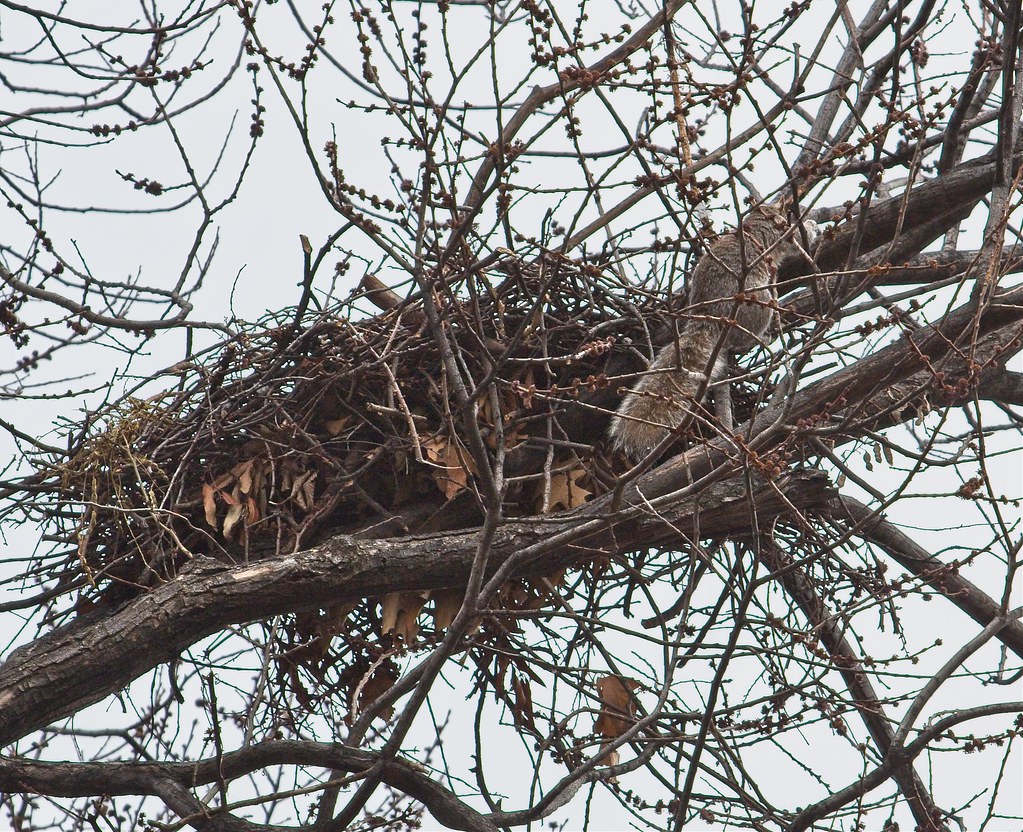 Christo quickly sprang up, but was unable to leap out quick enough. 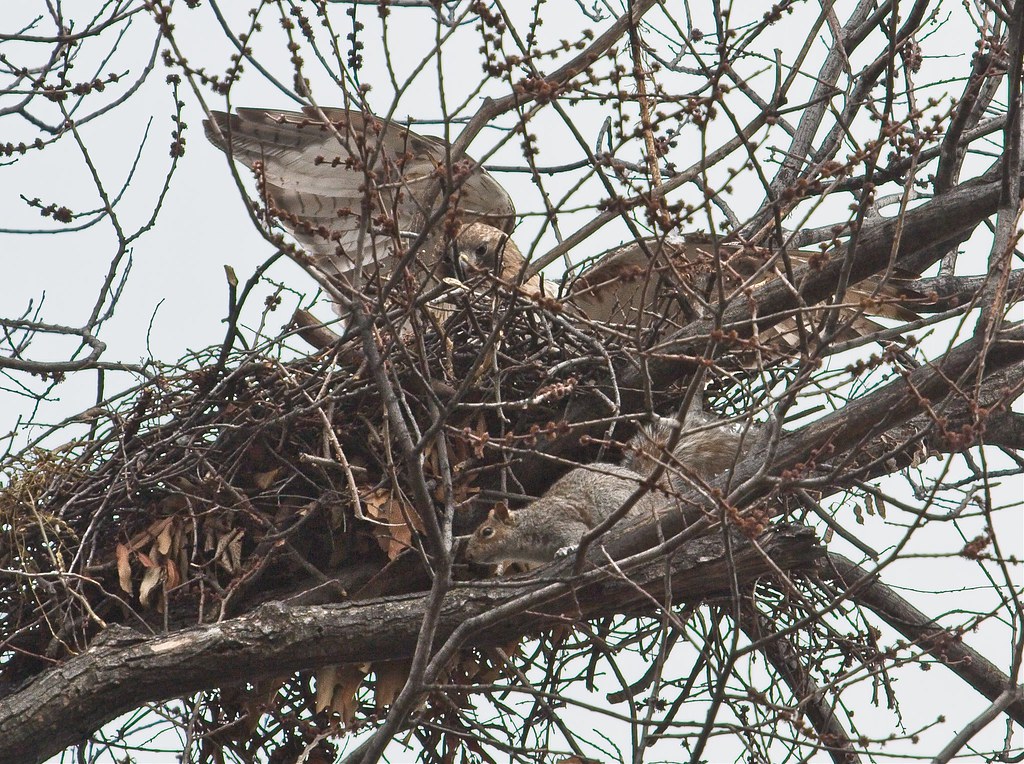 Dora to the rescue!  She saw what was happening and zoomed in to chase off the squirrel.  It all happened so fast, I only barely captured the squirrel's tail along the branch on the far left.  Christo looks on from inside the nest. 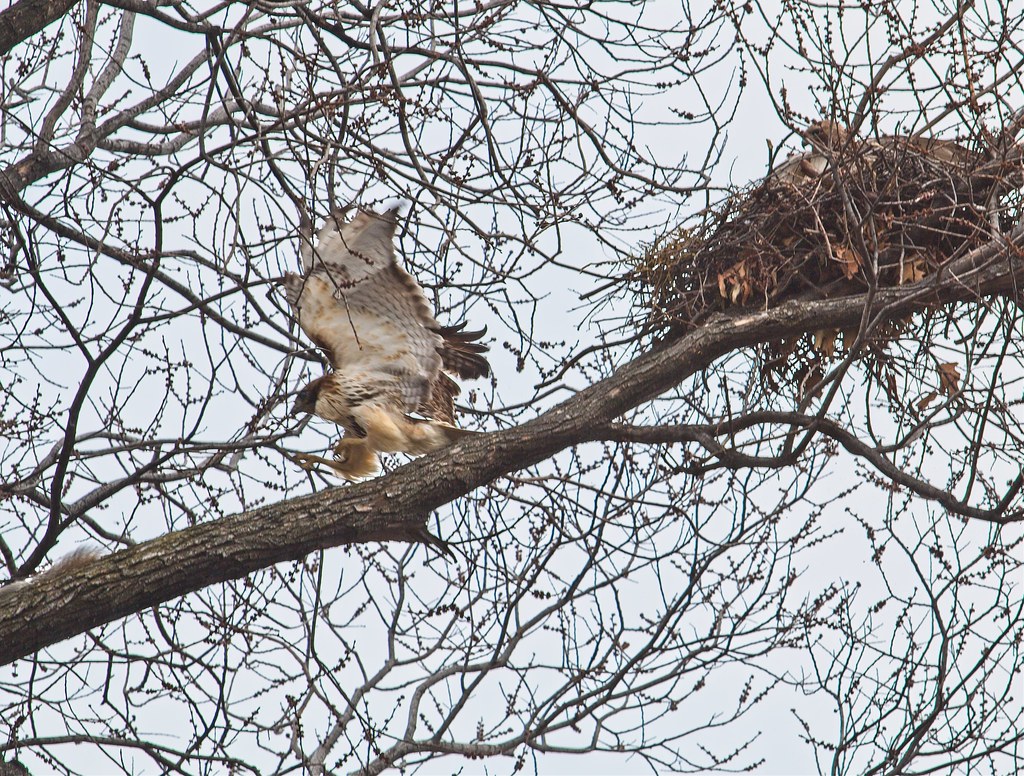 The squirrel escaped and nobody got hurt, this time.