In the previous post, the Tompkins Square red-tail fledglings ventured outside the park, marking progress in their development.  Late that afternoon (Sunday, June 25), Ten hit another milestone.

Earlier in the day, the fledglings had dropped some food into the bushes beneath a tree on the south side of the park.  Christo flew in to help retrieve the fallen food.  We saw him do this last year when one of his kids dropped a rat in the bushes. 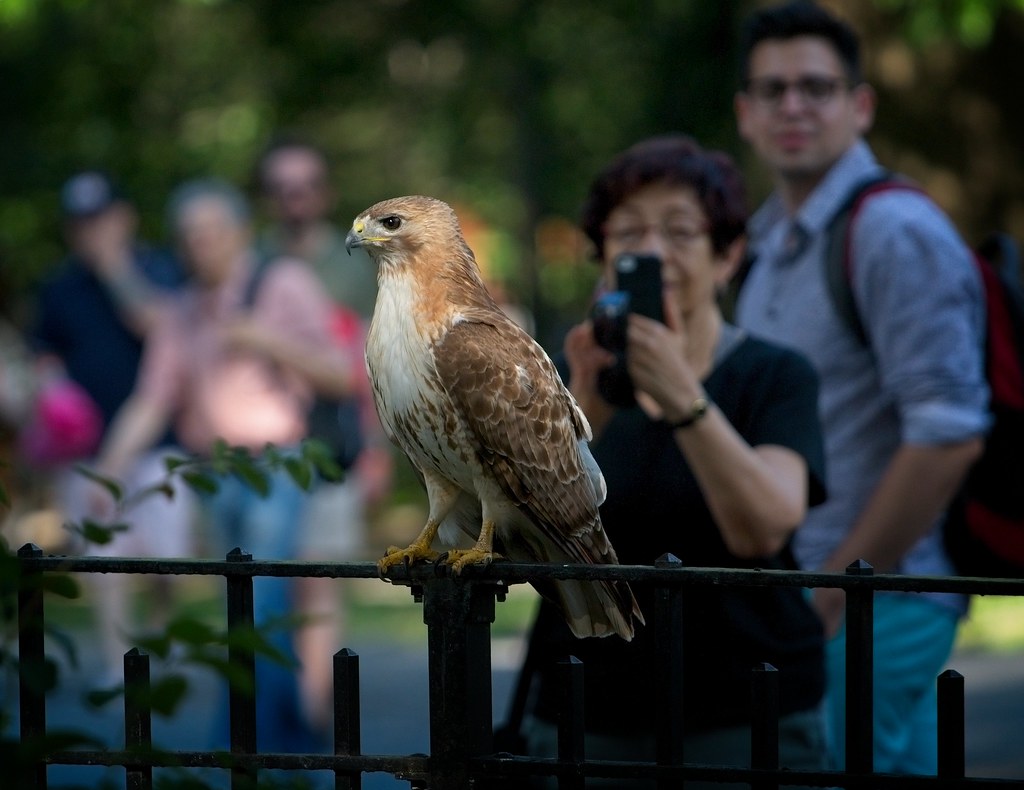 However, this time, he attracted a lot of attention and a crowd quickly formed around him. 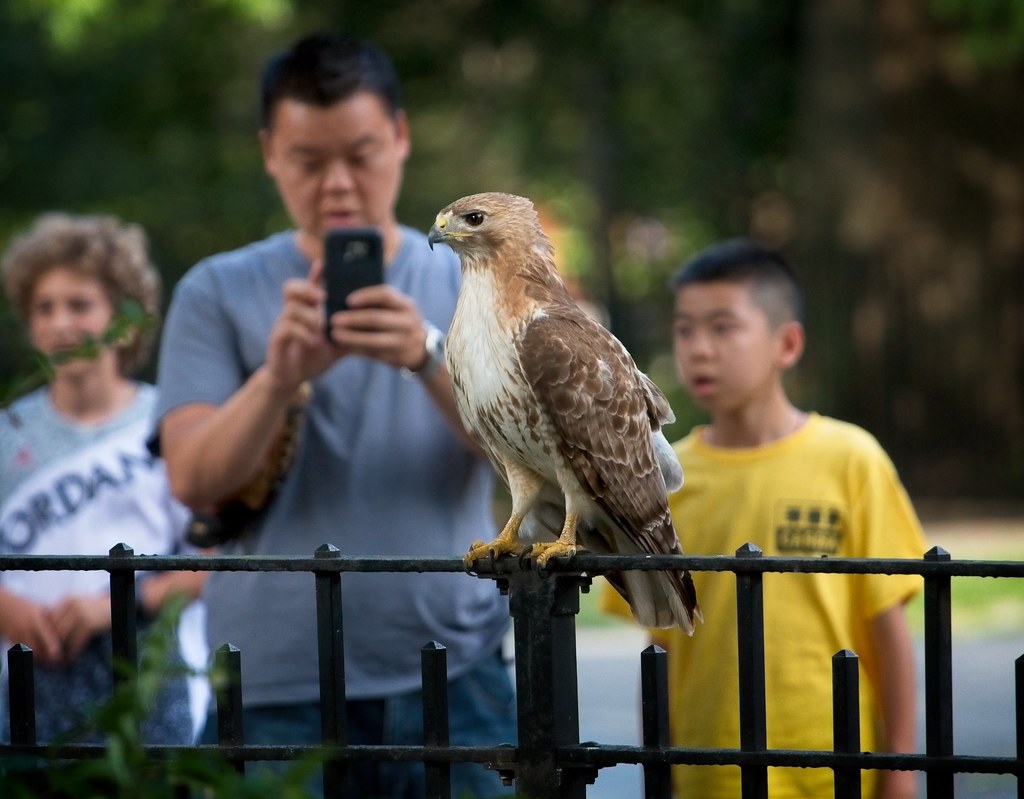 In the end, he couldn't maneuver down to the bushes and back out again, so he abandoned the task while the fledglings cried in the tree above him. 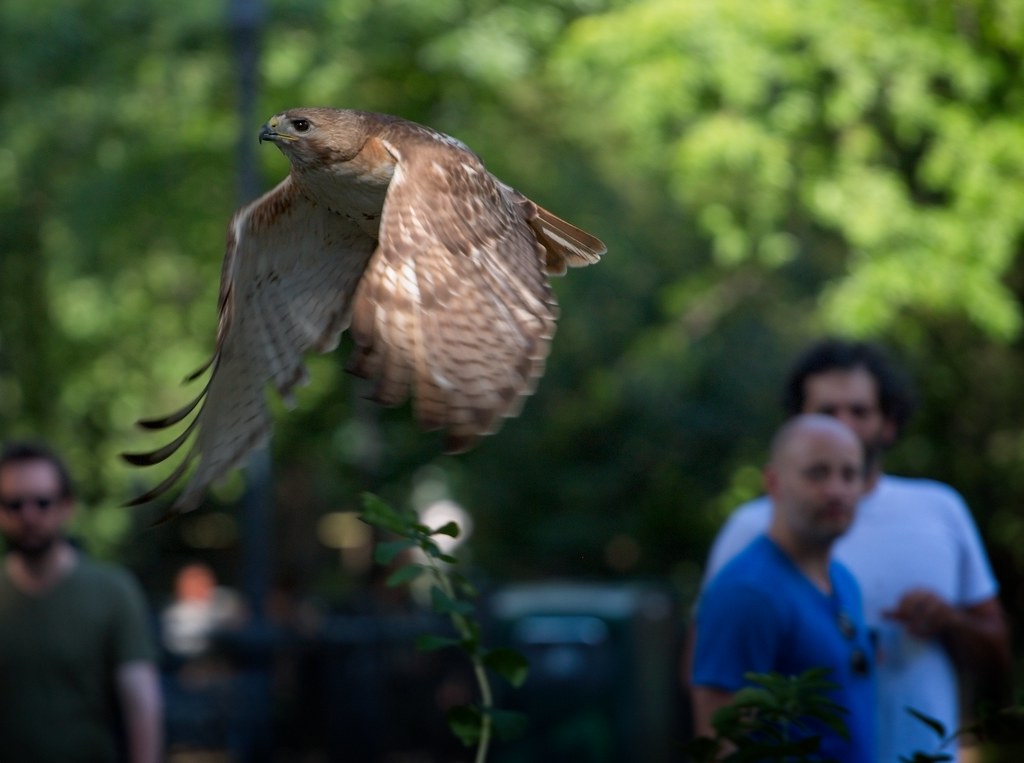 A couple of hours later, Ten decided she would retrieve the food herself.  She dropped down to the bushes and ate the remains of a pigeon on the ground.  Again, people crowded around, but the fence kept her safe.  When she'd had enough of eating on the ground, she carried her meal up to the fence. 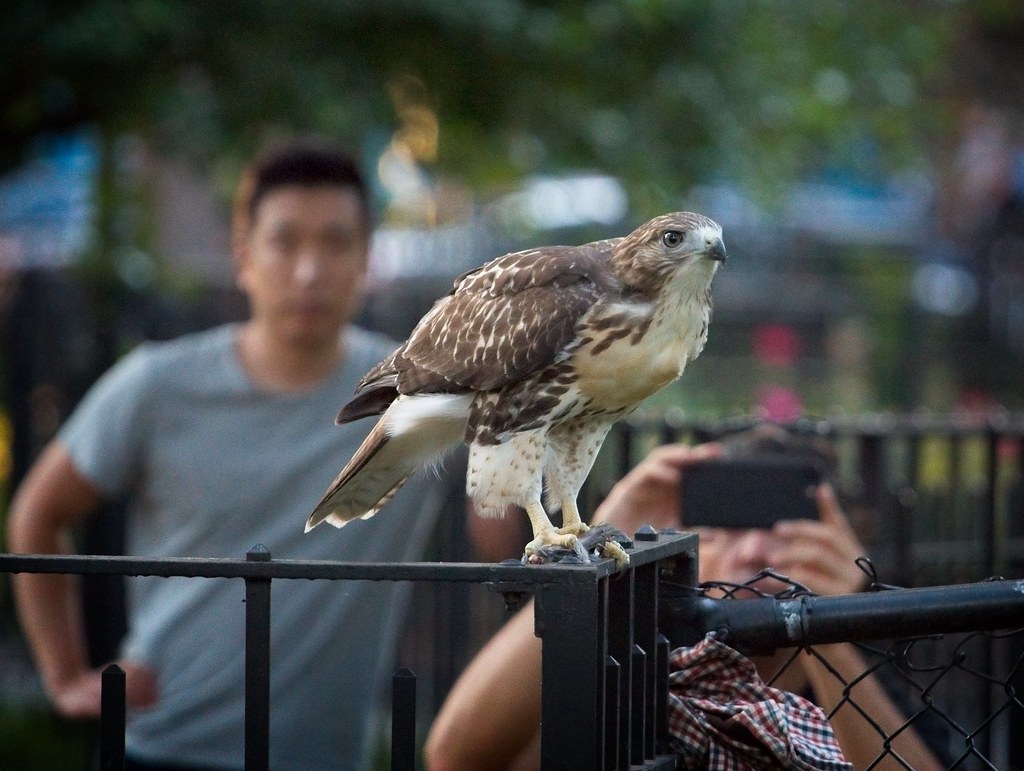 This was the first time I saw her pick up food on her own, without relying on Christo to get it for her. 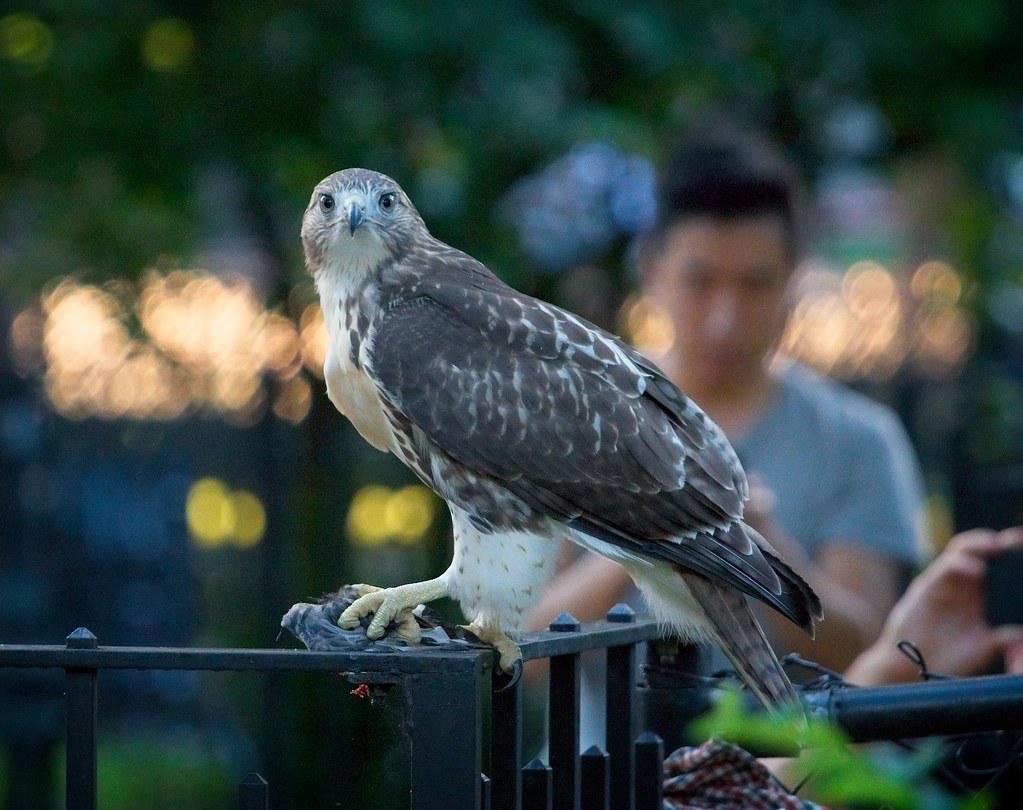 She continued to eat while on the fence. 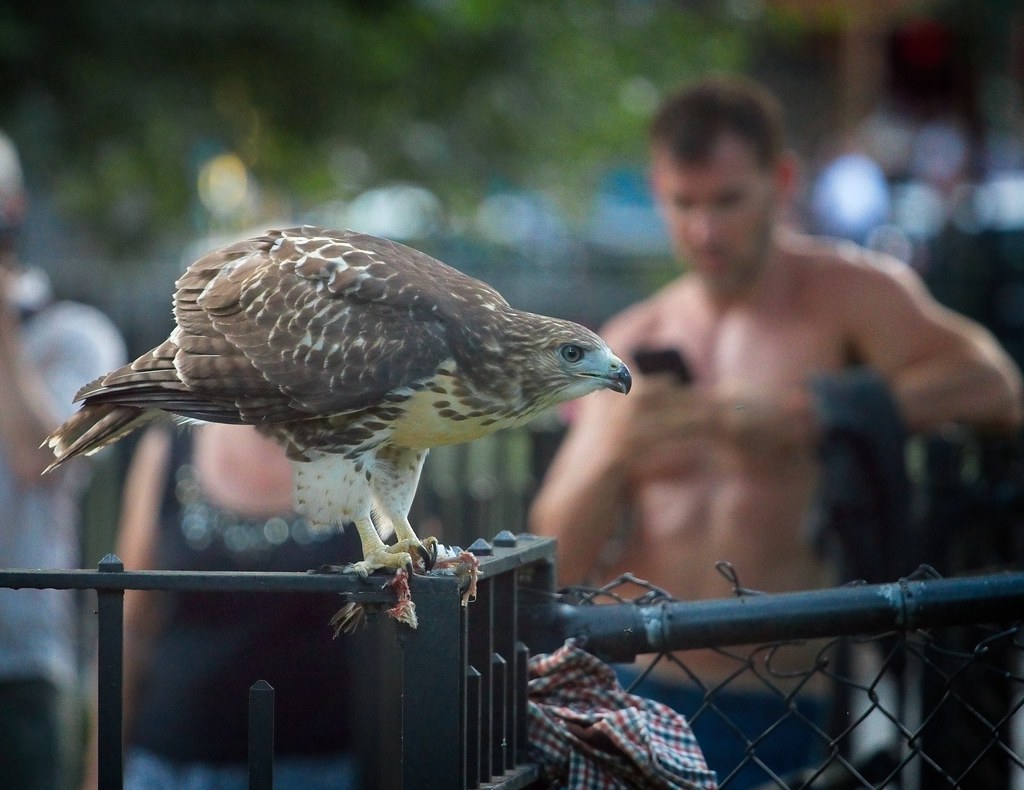 Eventually, she'll learn to take her food up to a higher/safer place. 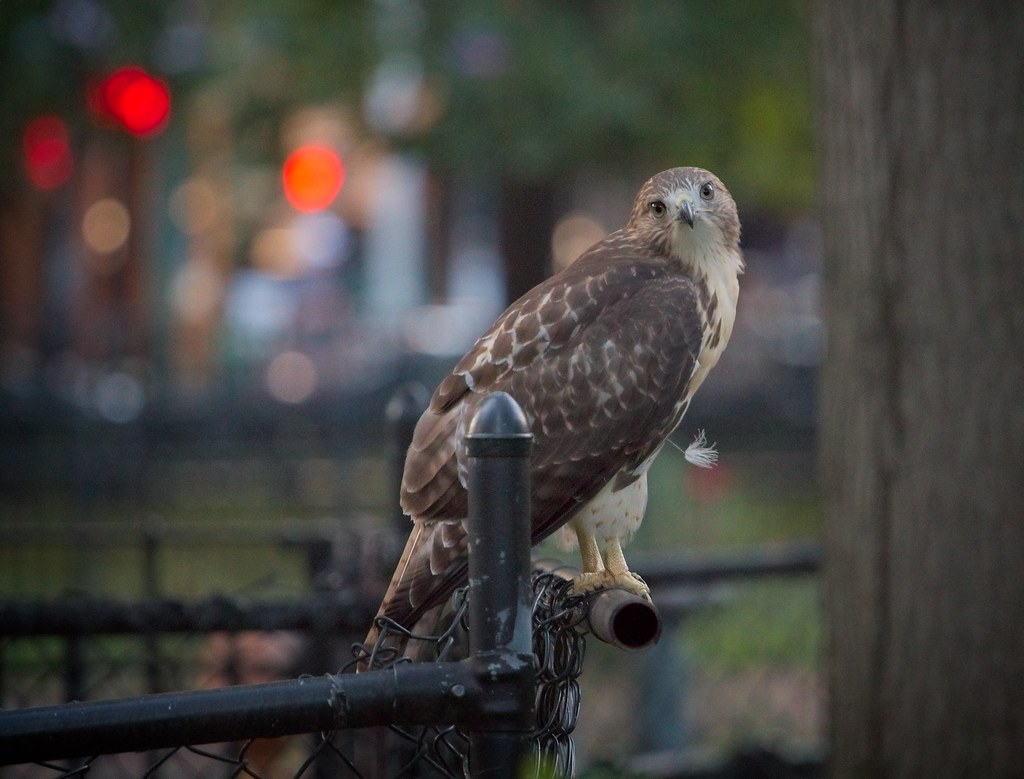 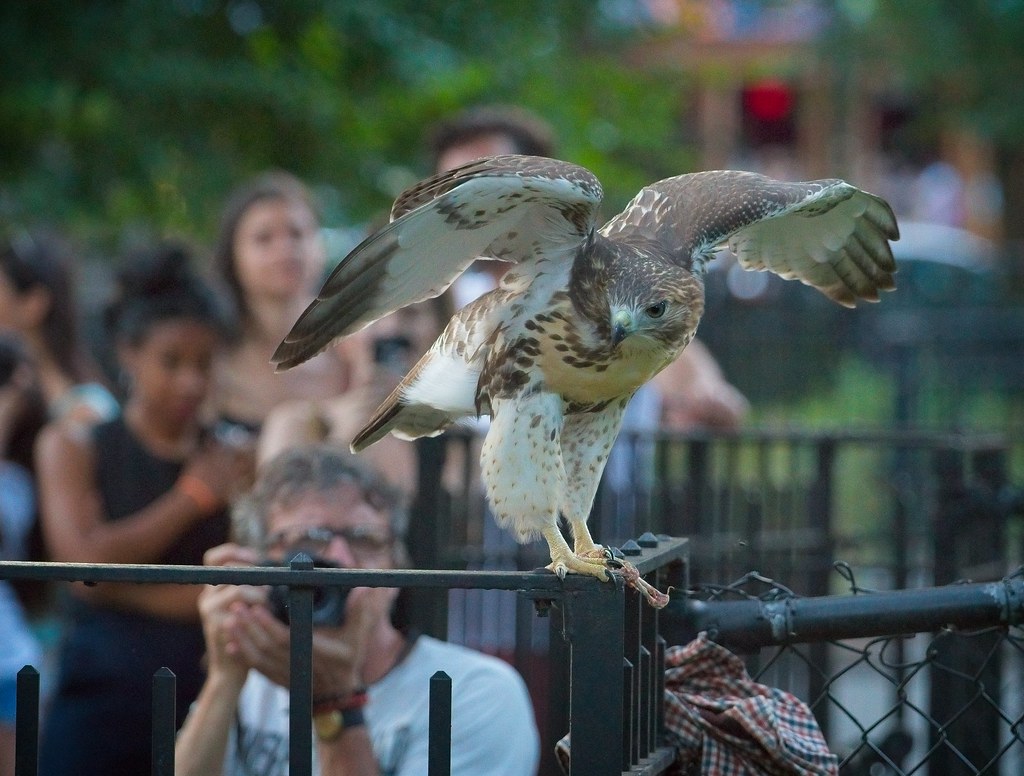 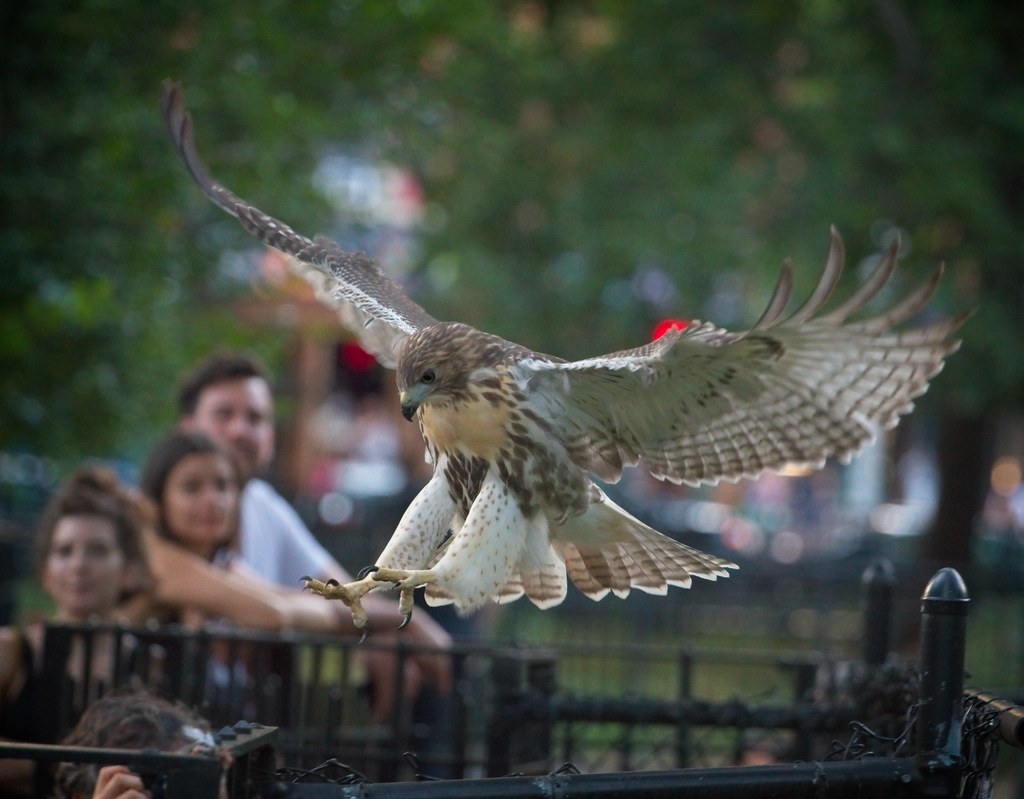 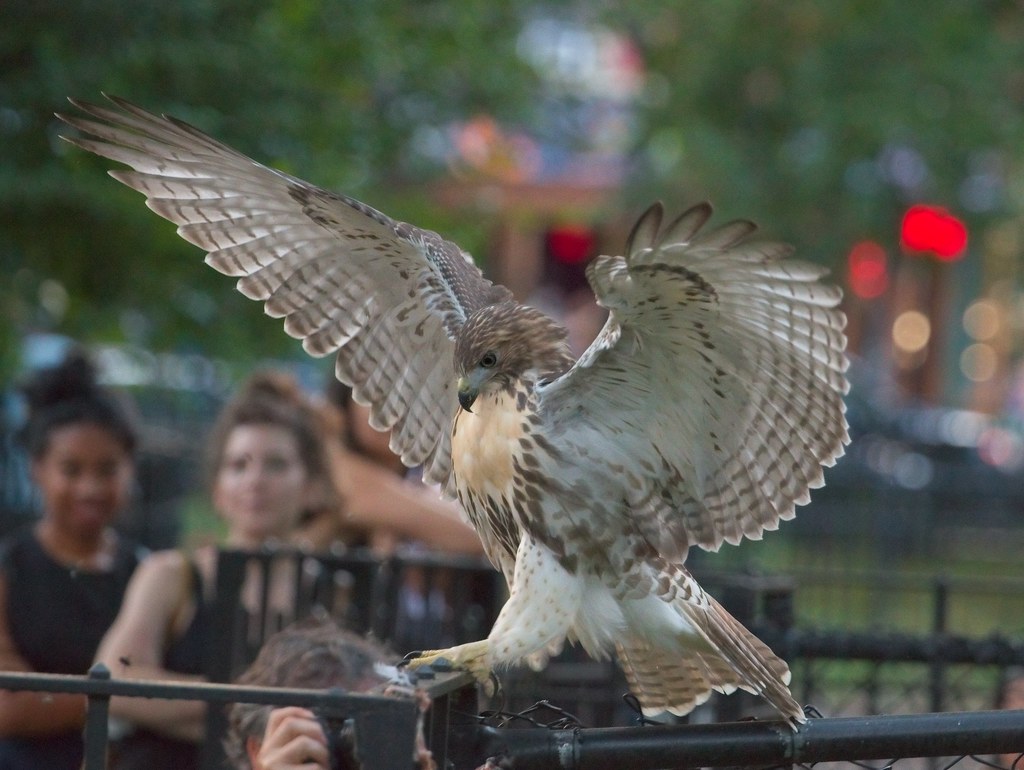 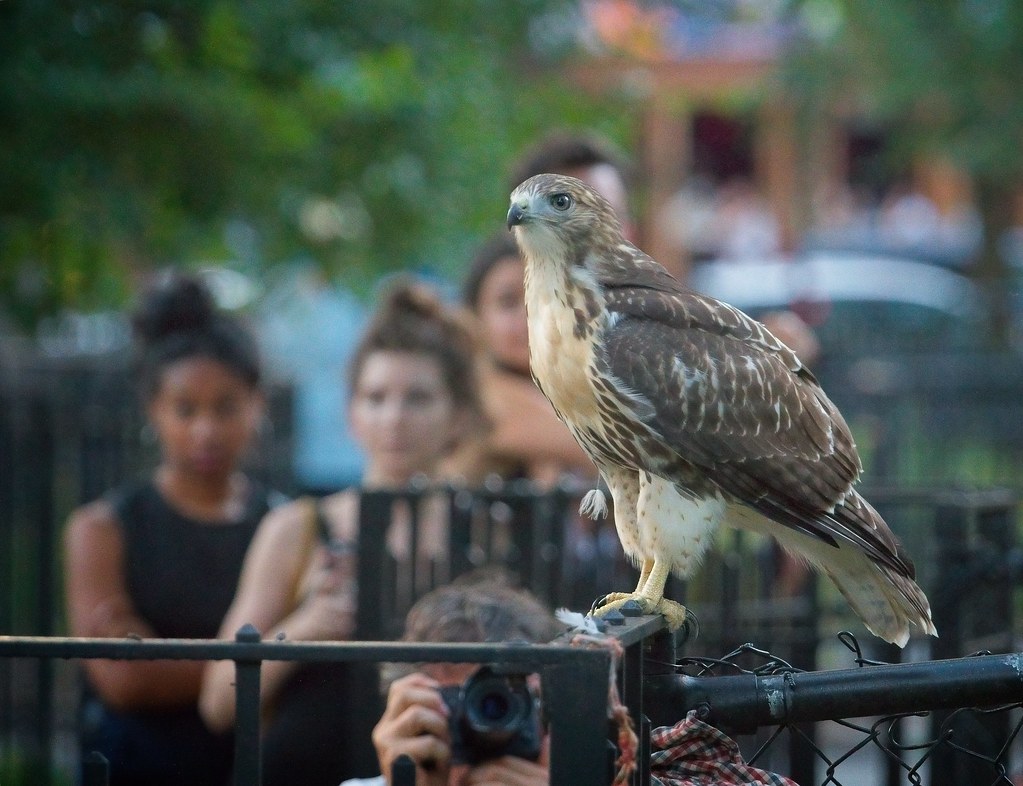 This fledgling is learning fast.  A year ago, Christo and Dora's kids were already pouncing on mice, so I expect to be seeing the same behavior from Ten any time now.  Flatbush seems to be learning quickly as well.

You can see many more hawk photos on my Flickr page.