I spent the first day of 2018 in Tompkins Square, where it was 10 degrees but bright and sunny.  Not many living creatures were in the park, and I relished the quiet.  Not even the sparrows were making much noise in the cold and they stayed tucked up inside a few dense bushes on the east side of the park.

Behind the park offices, I came upon these squirrels, who were content to stay snuggled up inside their tree nest. 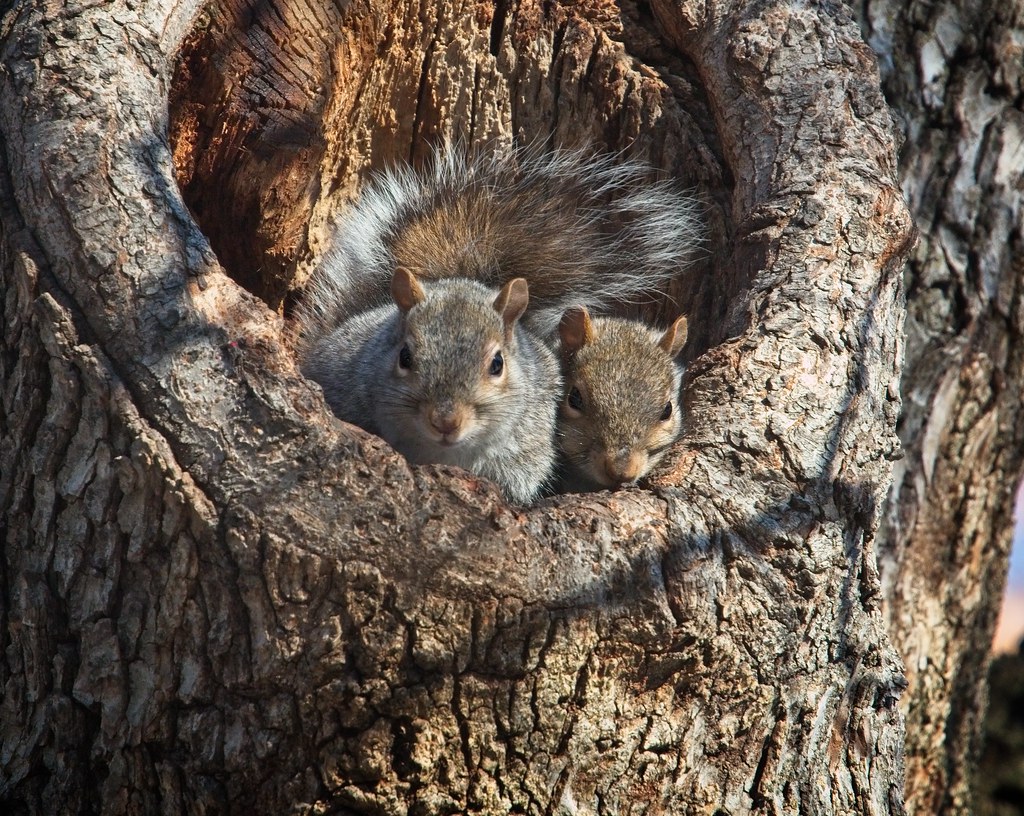 Last spring, I watched this squirrel break ice from a puddle and chew on the ice.  The squirrels were doing this again at a frozen puddle by the General Slocum memorial. 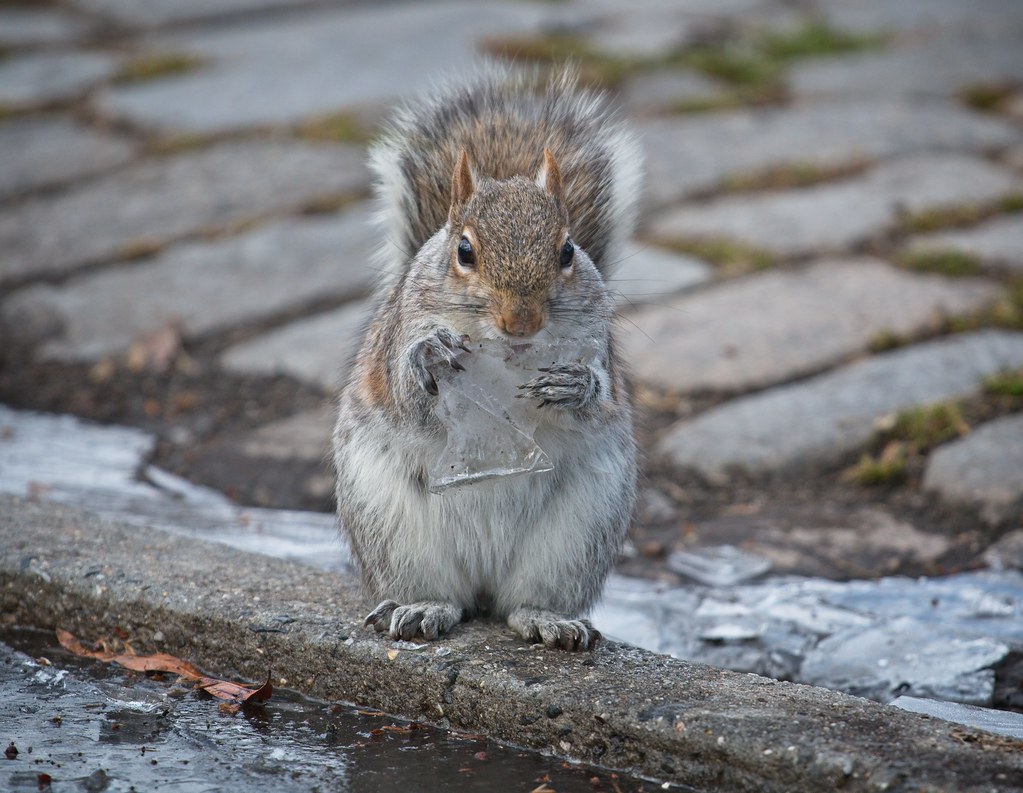 As I turned around to leave the area, I was startled to see this young Cooper's hawk perched on the birdbath. 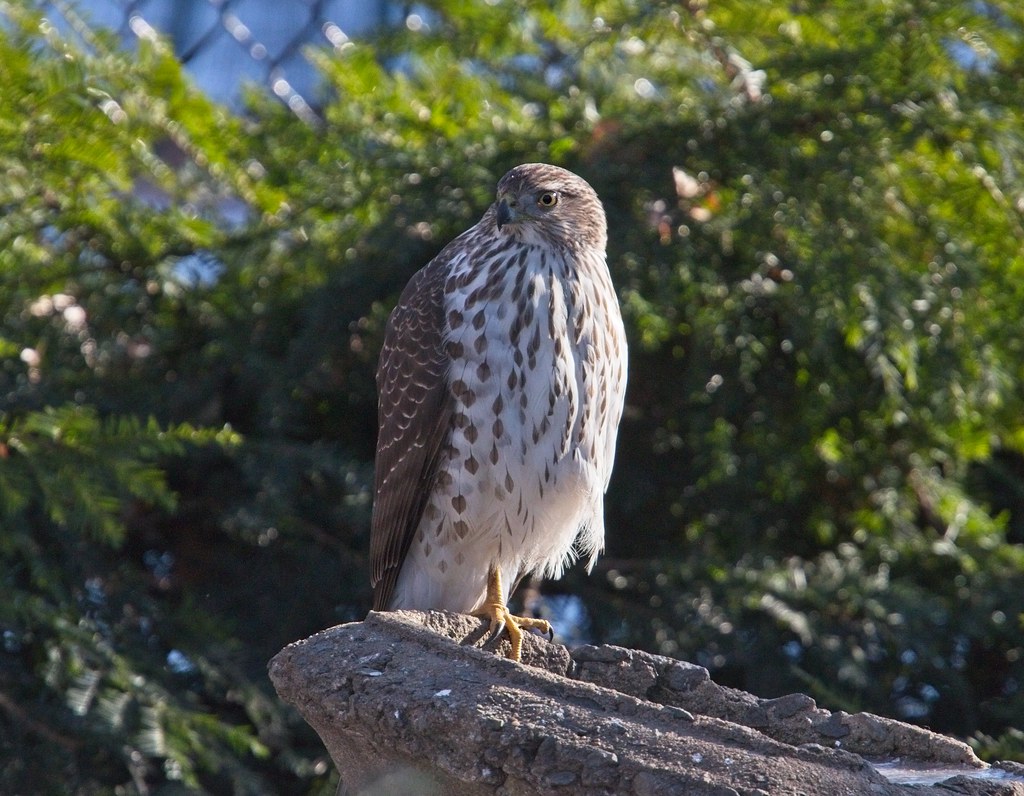 I thought maybe the hawk was trying to get water from the frozen bath, but it hopped down to the ground and chased rats around in the bushes.  After several minutes, the hawk popped back up and perched on the fence. 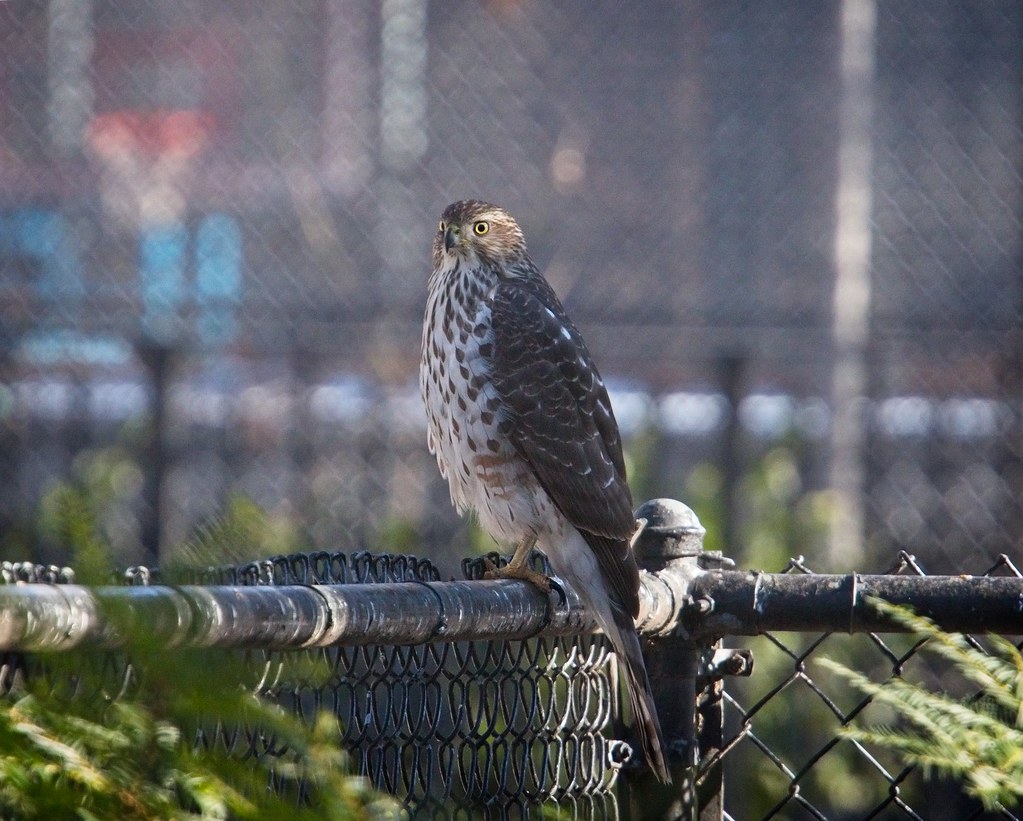 The rats I saw were nearly the same size as the hawk, so maybe too big for lunch.  As all the sparrows were hiding out in another part of the park, there weren't many food options. 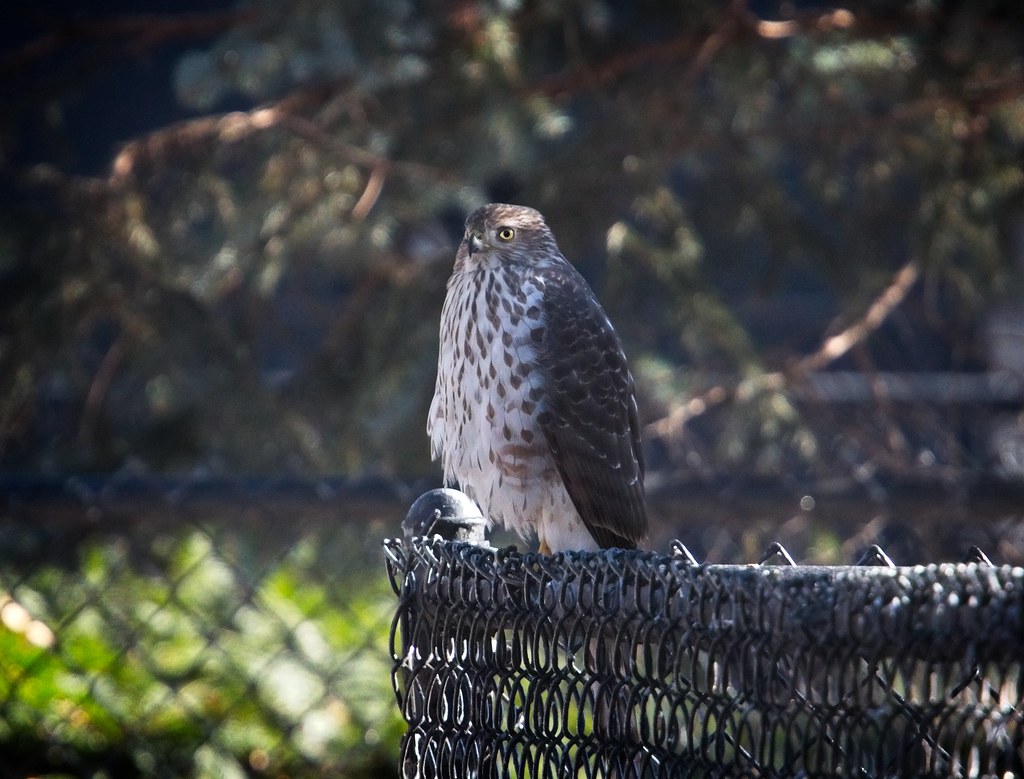 The hawk scrunched down against the cold for a while, then took off towards 10th Street where it chased after pigeons. 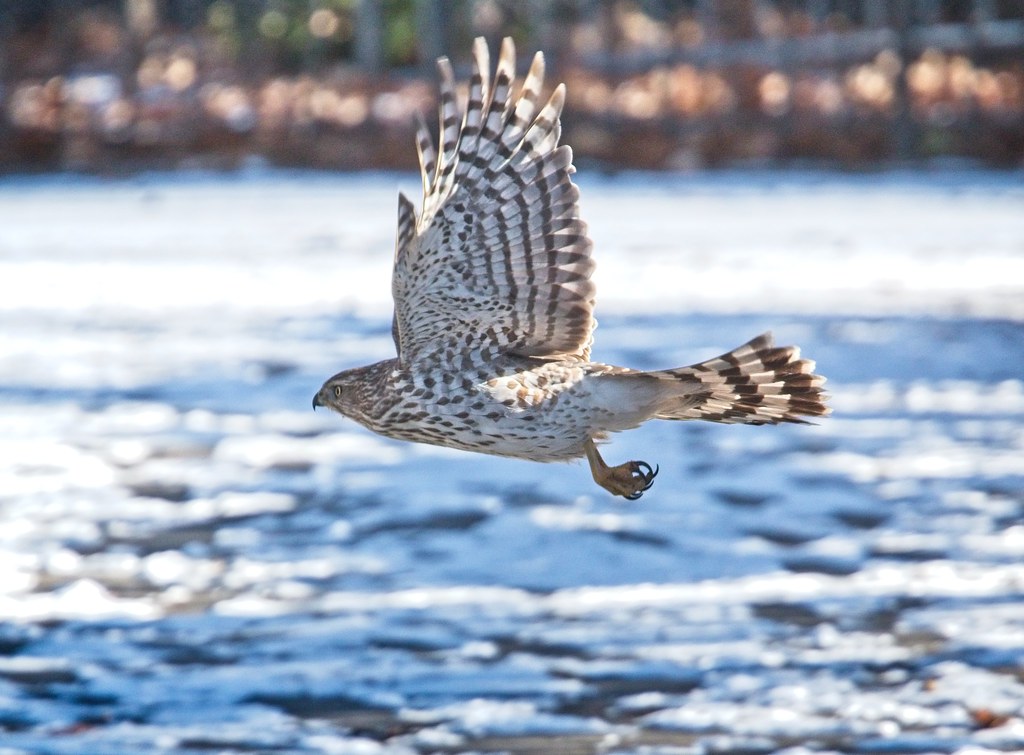 Over near the Krishna tree, Christo made a brief appearance. 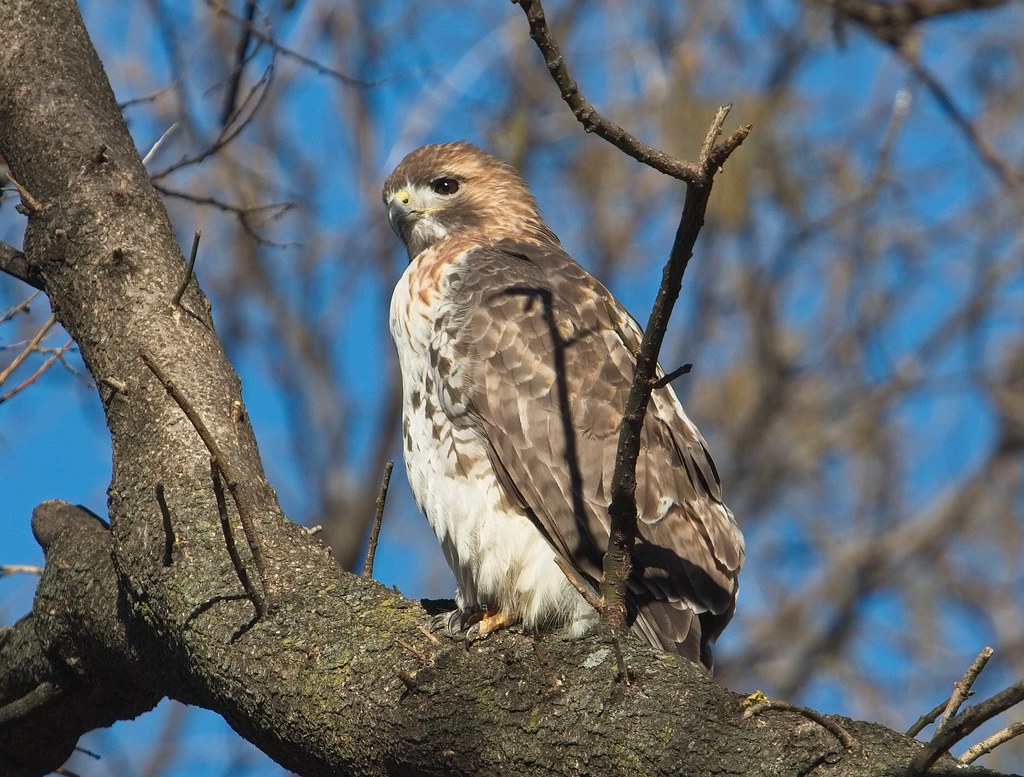 He had a full crop, so wasn't in need of a meal, and he took off after a couple of minutes. 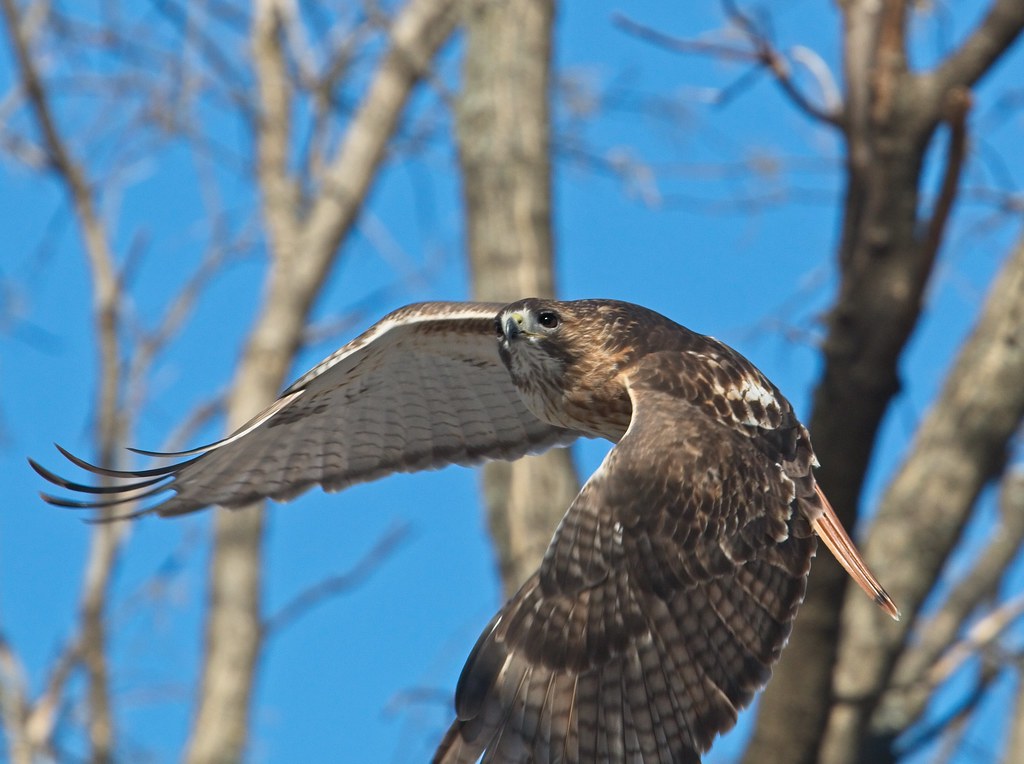 Shortly thereafter, I saw him flying over the east side of the park with an intruding immature red-tail.

After the hawks had left, several blue jays foraged around the Christmas tree, bringing some beautiful color to an otherwise bleak winter landscape. 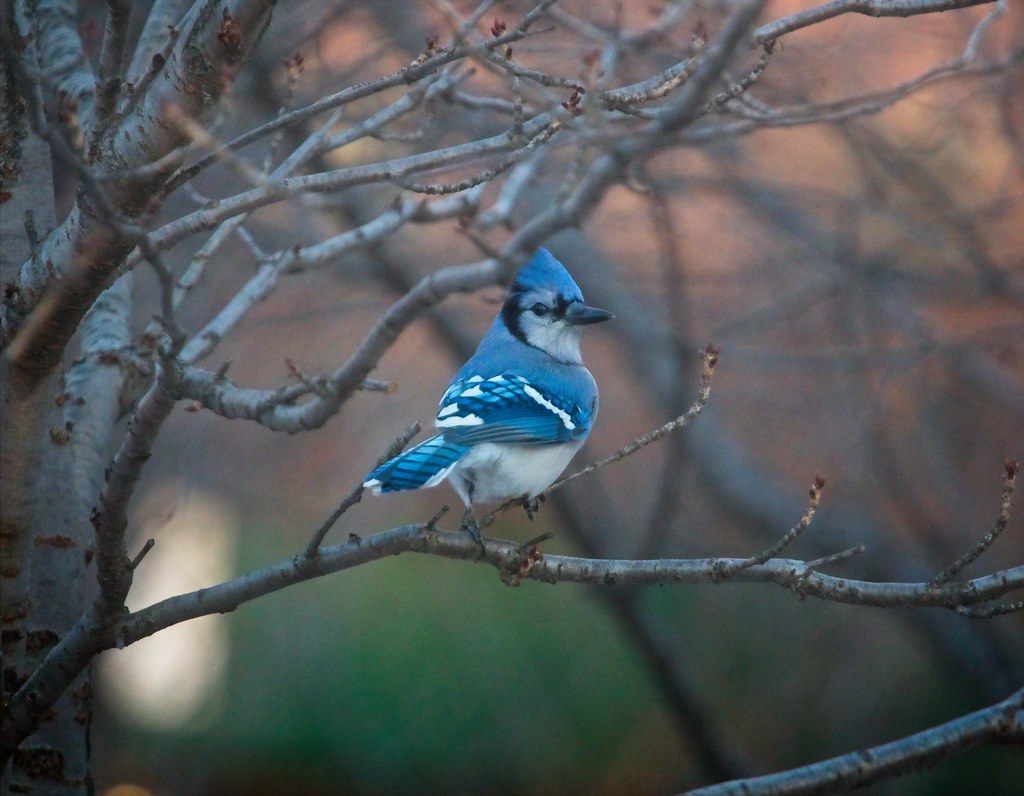