Christo and the 'bomb cyclone'

As the 'bomb cyclone' snow storm hit today, I felt I had to run out and check that Christo and any other Tompkins Square wildlife was ok.  I found him almost immediately after entering the park at 7th Street and he looked to be doing just fine. 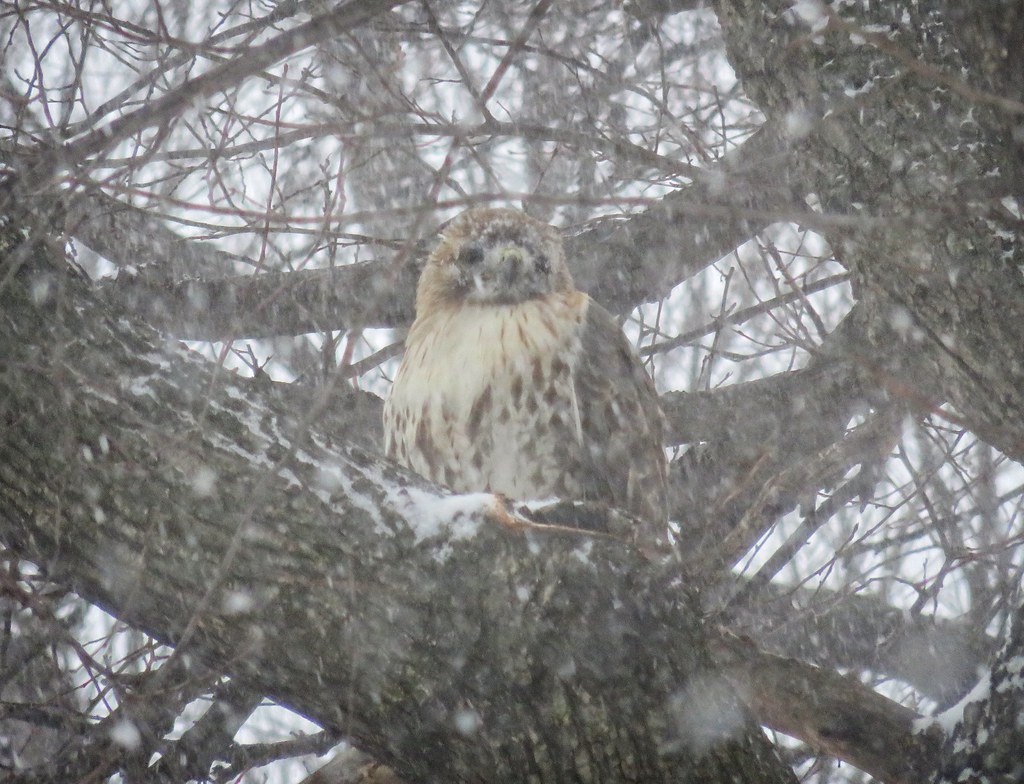 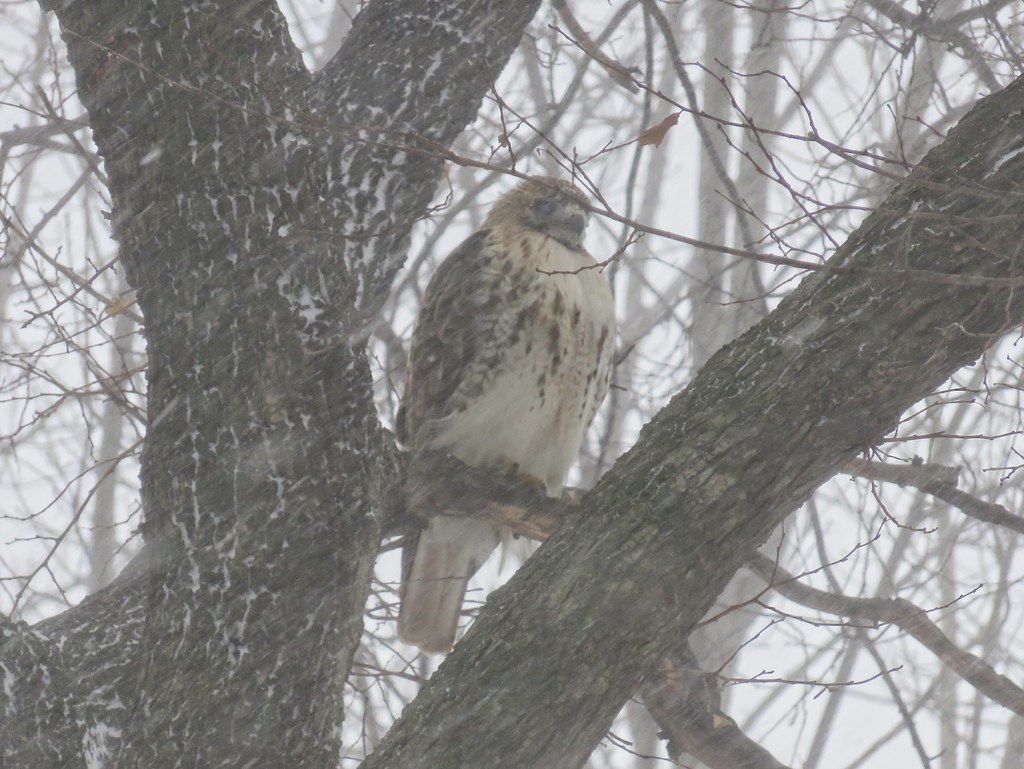 I took some video that shows the crazy wind and blowing snow. 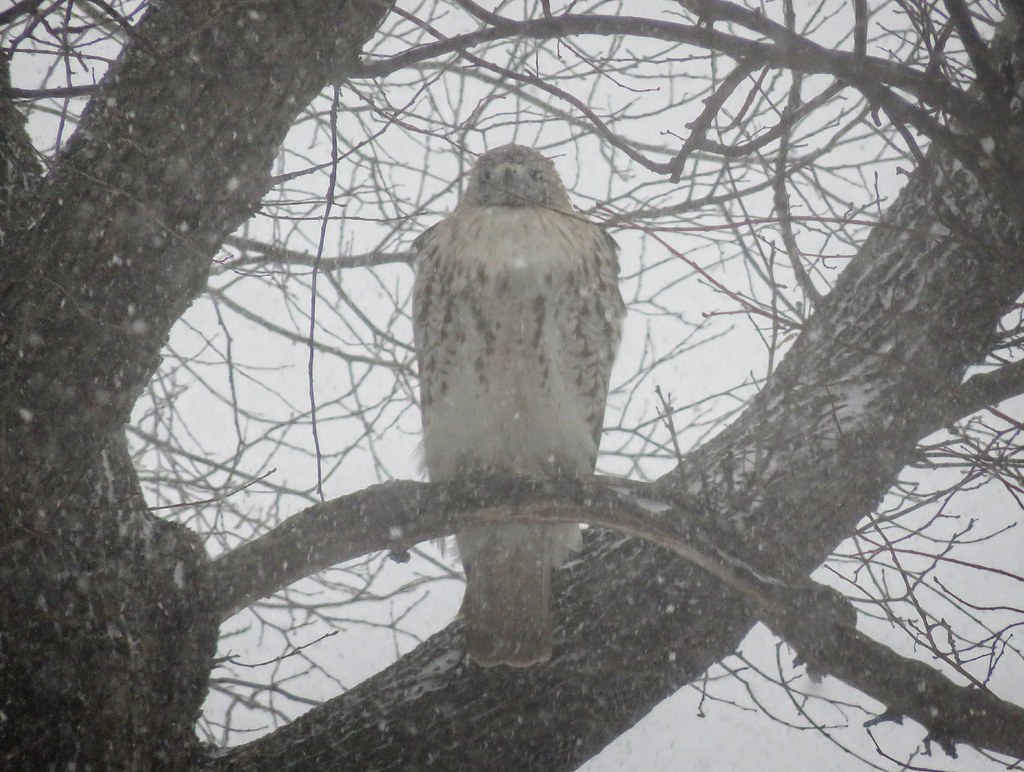 As I watched Christo, a second red-tail flew past me who may have been Nora.  I couldn't run through the snow fast enough to chase it and get a good look.

Despite the blizzard-like conditions, it wasn't really that cold out and I've seen the hawks endure much worse in the past.  I'll be checking up on them this weekend as the temperatures drop.

Speaking of hawks in snow, I like to remember this post from almost a year ago that shows Christo and Dora in the park during a snowfall.