It's the little things that go missing that bother me.  Buildings come and go, people drift in and out, but it's the little markers along my daily paths that keep me anchored in the here-and-now.  And today, another one has disappeared.

For several years now, I've been walking the stretch of Great Jones Street between Bowery and Lafayette at least twice a day.  In the morning, the sun streams straight down the street, the mechanic on the NE corner hoses down the sidewalk, and employees at the Great Jones Cafe are just opening up for the day.  It's a relatively quiet but active block - stores still closed, but the sidewalks populated with commuters and workers.  By evening, the light and crowd changes - the south side of the street is in shadow, the sidewalk cafe open and the firemen loiter in their open garage doorway, waiting for the call.

These things happen with regularity, but it's the sideways paste-up of a head above the door at #47 that has always returned my gaze when ever I walk by: 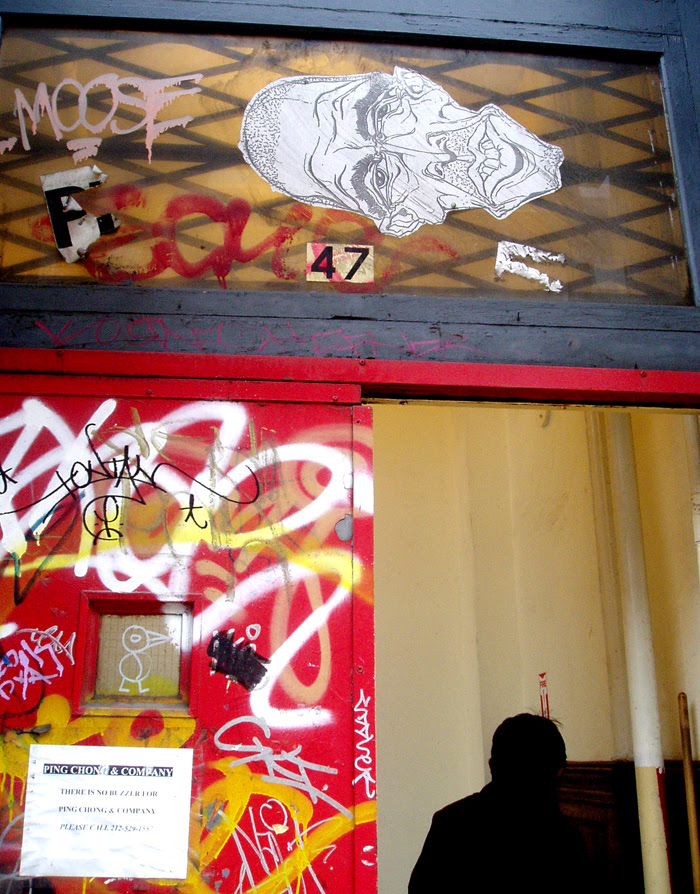 The artist is Darius.  I took this photo in 2006 and I have no idea how long the head had been there before that.  I do know, however, that some time in the last few days, the head has been removed and the window and door of #47 scrubbed and cleaned as if it had never existed.

What I liked most about this block was it's seemingly immunity to the swift and dramatic gentrification of the Bowery.  Things eventually began to change, though, and I count the 2008 white-washing of this building, a few doors to the east, to be the beginning of the end: 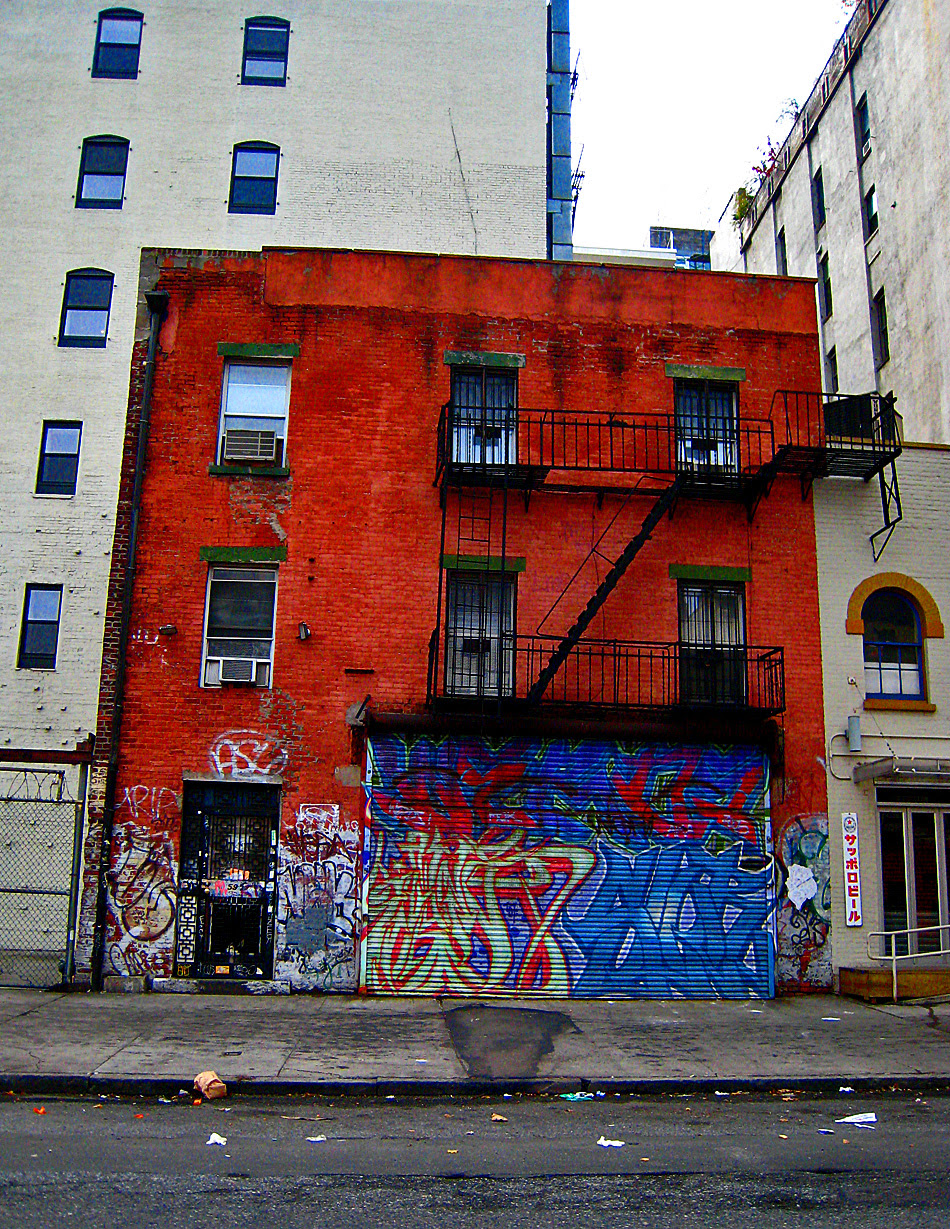 And I loved to visit the dog who lived there: 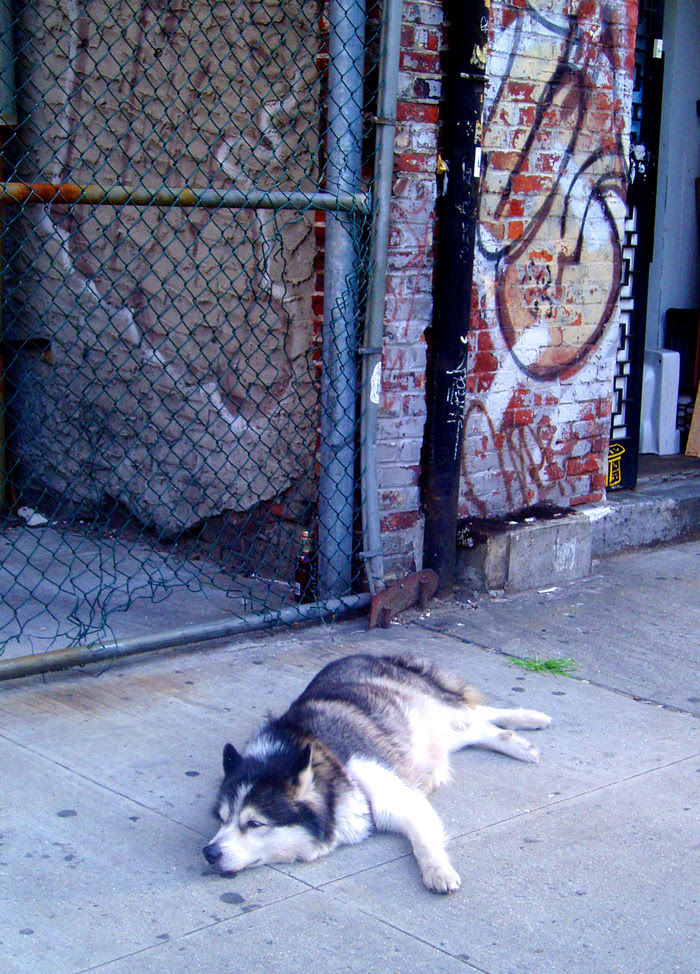 The once eye-catching red building is now a dead shade of beige, and #47 now joins its neighbor in the new generation of faceless, stale streetfronts.
Posted by Laura Goggin Photography at 1:04 PM