We're back in Tompkins Square Park, where the featured entree of the day is Pigeon.

And our star diner of the day is Hawk... 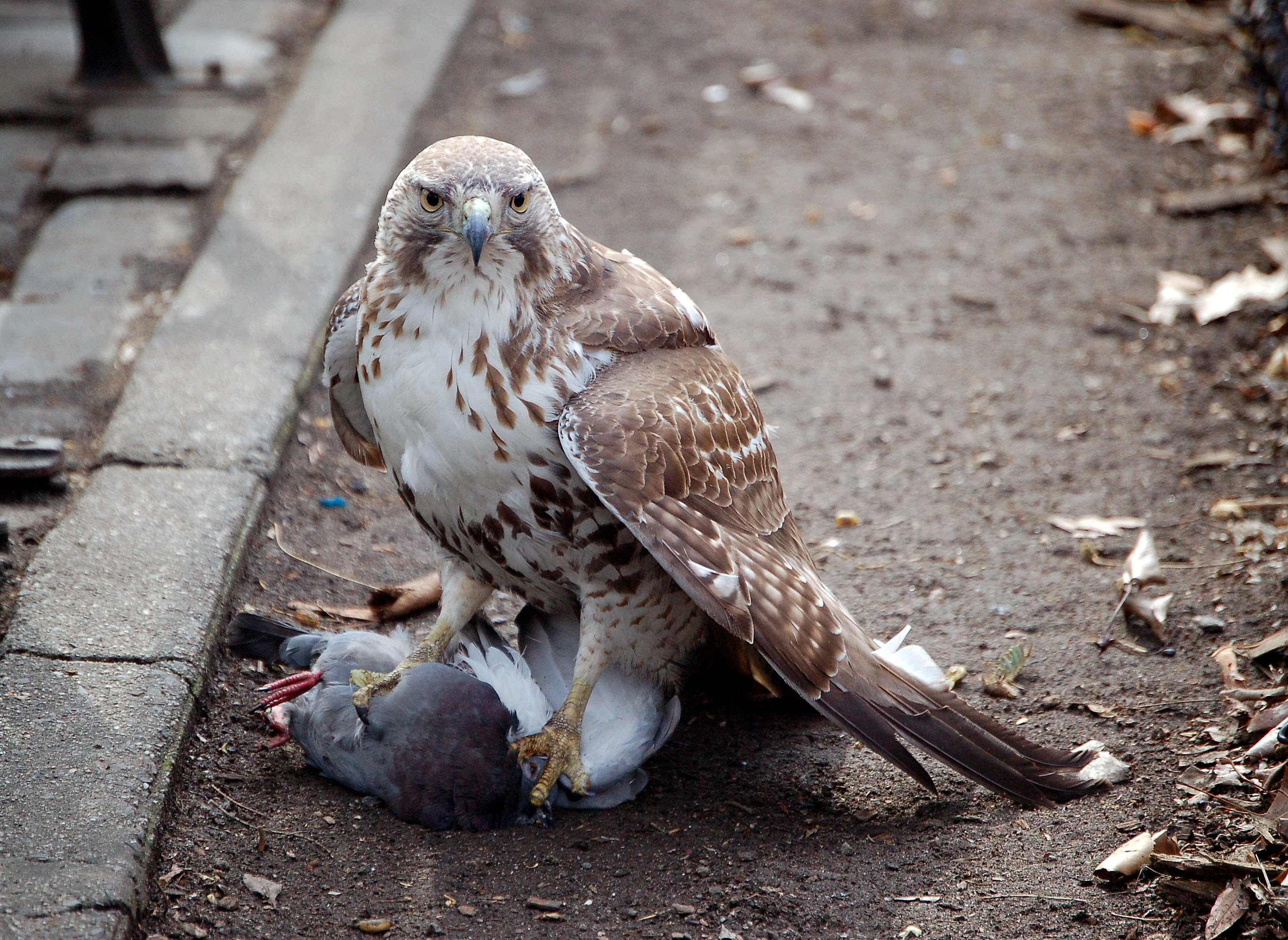 The hawk had spent the previous 2-3 hours studying a flock of pigeons on the ground before finally selecting one and going for it.  After catching the pigeon, the hawk showed it off to a small crowd of admirers that had gathered to watch. 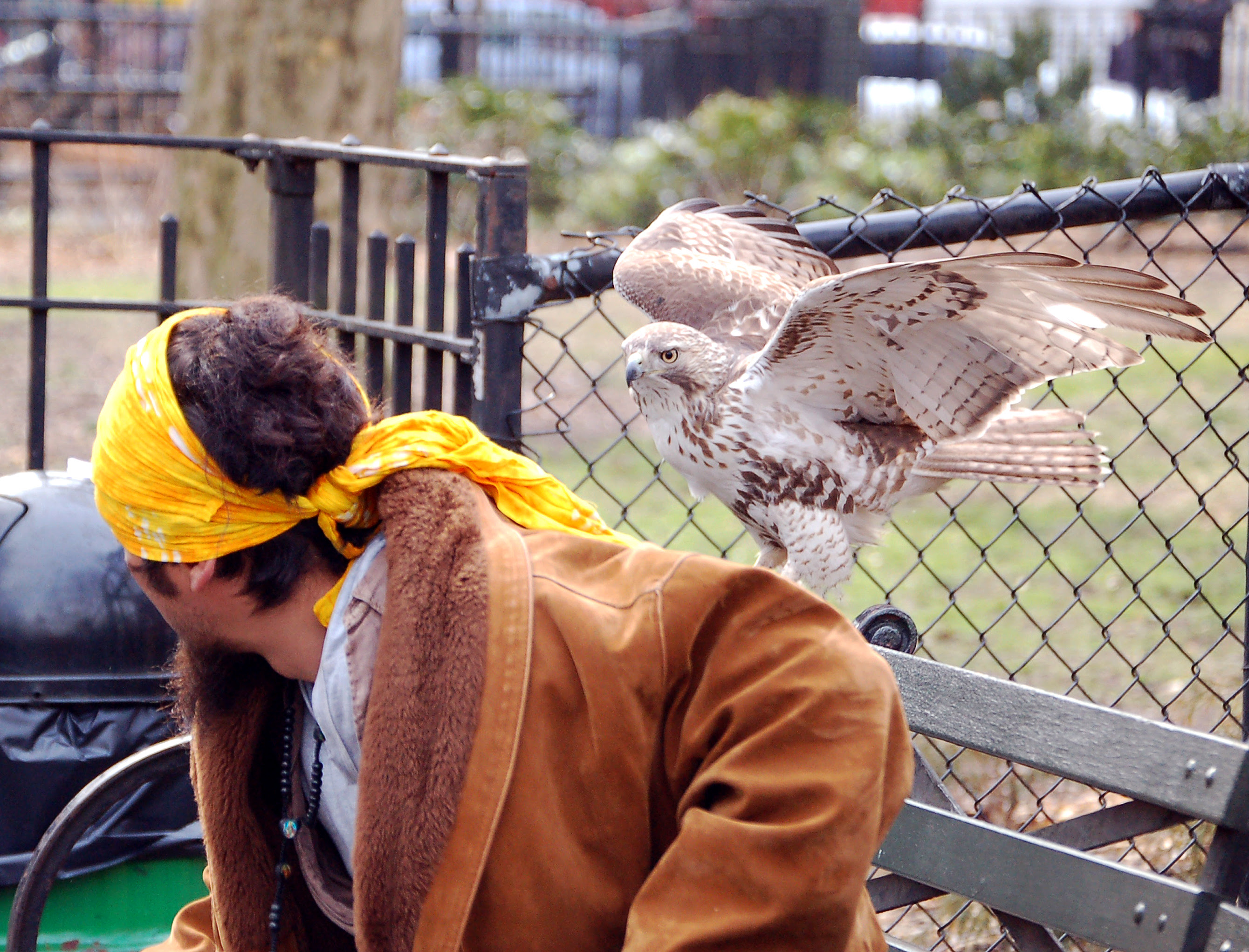 The hawk was scared off the bench and was forced to abandon the pigeon.  If it hadn't had the pigeon in its talons already, I'm sure it would have gouged this guy's eyes out.

Having lost that meal, the hawk made several attempts to catch another pigeon.  Here, it struggles with one it tried to snatch out of a tree, but the feisty pigeon puts up a good fight... 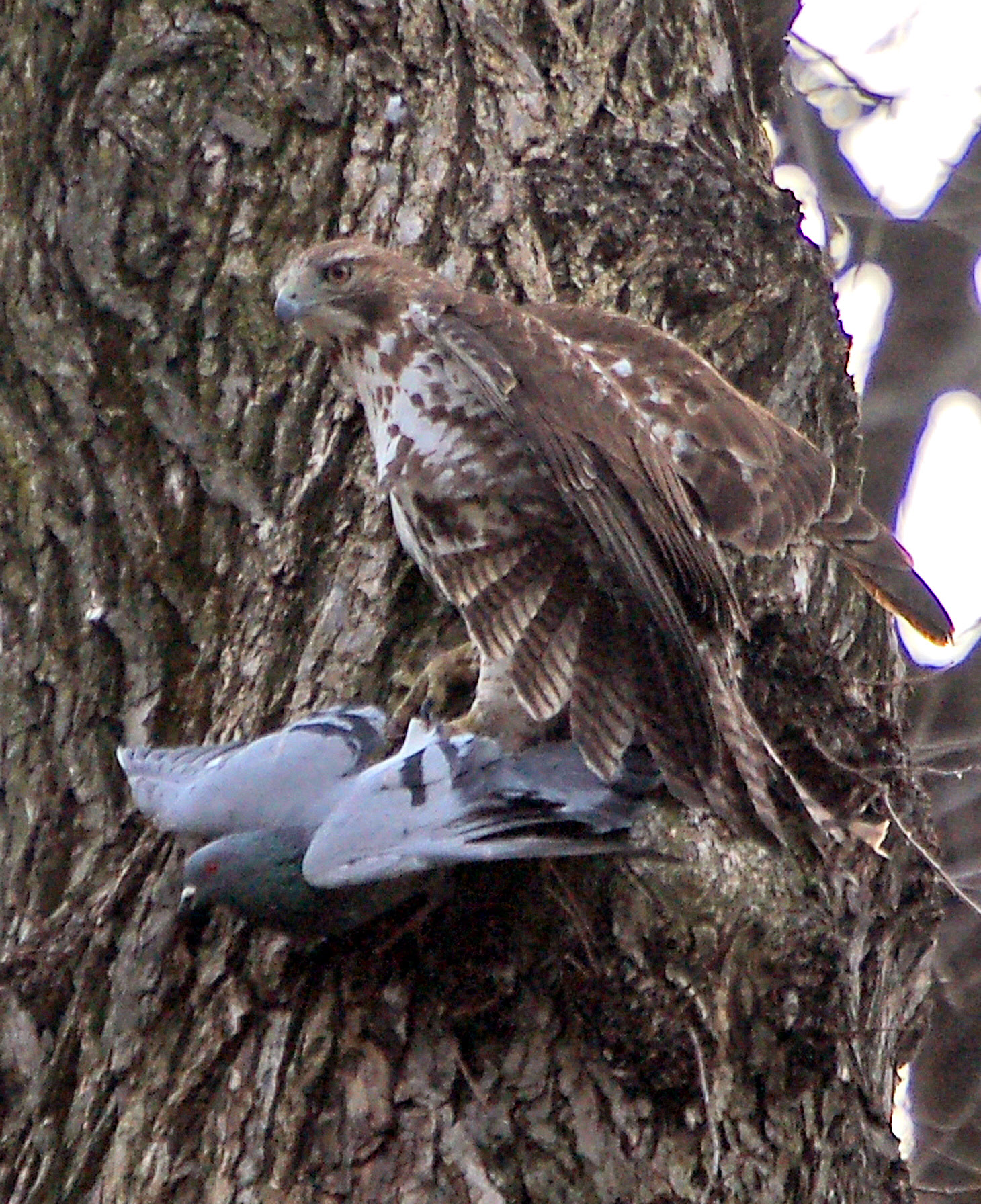 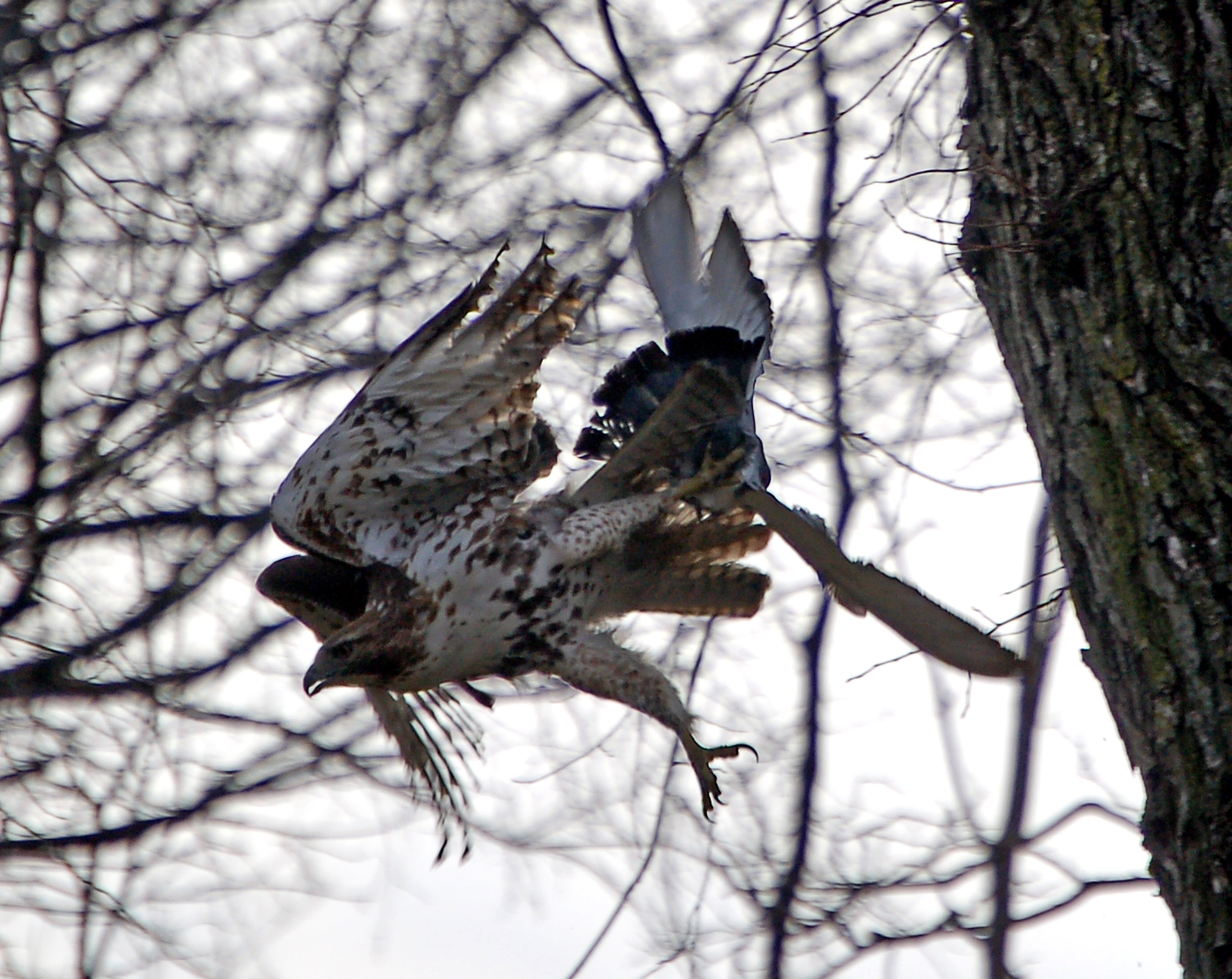 So, it's back to the original meal, which is still lying on the ground where it was dropped 2-3 hours before.

Previously.
Posted by Laura Goggin Photography at 4:58 AM