It was a good weekend for hawk-watching in Tompkins Square as the fall foliage was gorgeous and both Christo and Dora spent a lot of time in and around the park.

On Friday, I found Christo after he caught a small rat behind the park offices. 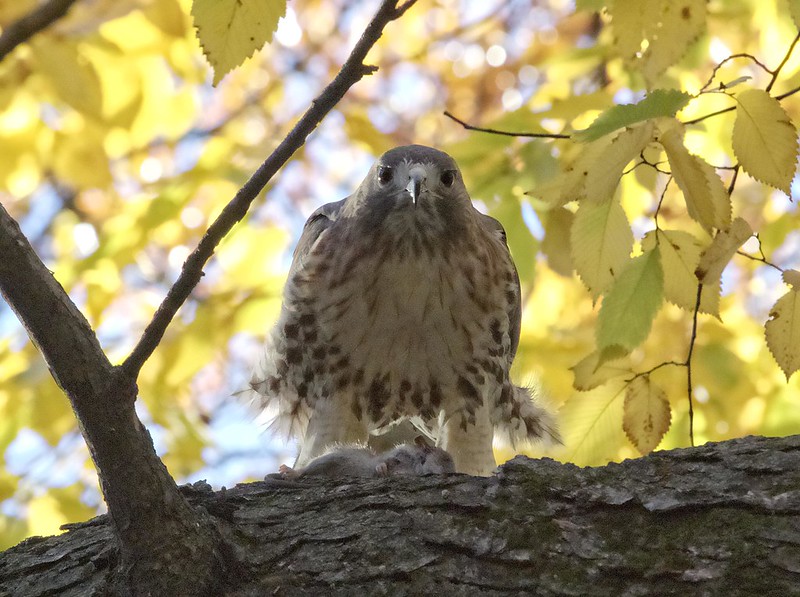 He wasted no time tucking in to dinner. 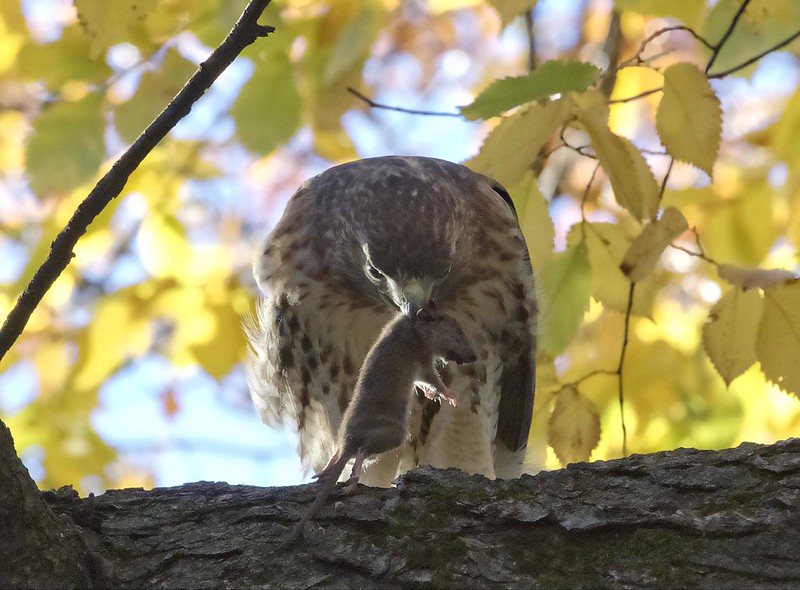 Don't you just hate it when total strangers stare at you while you eat? 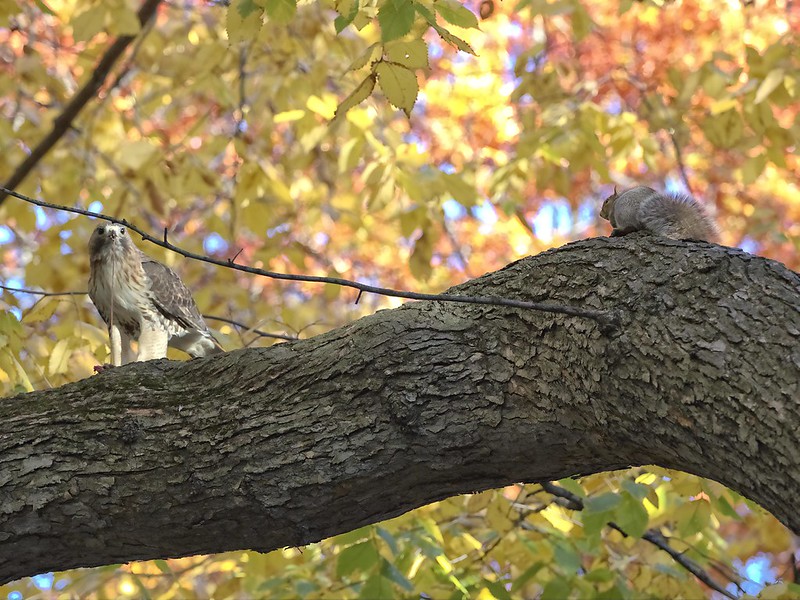 Christo seemed to be in a bit of a rush, taking just a few bites, then attempting to swallow the rat whole. 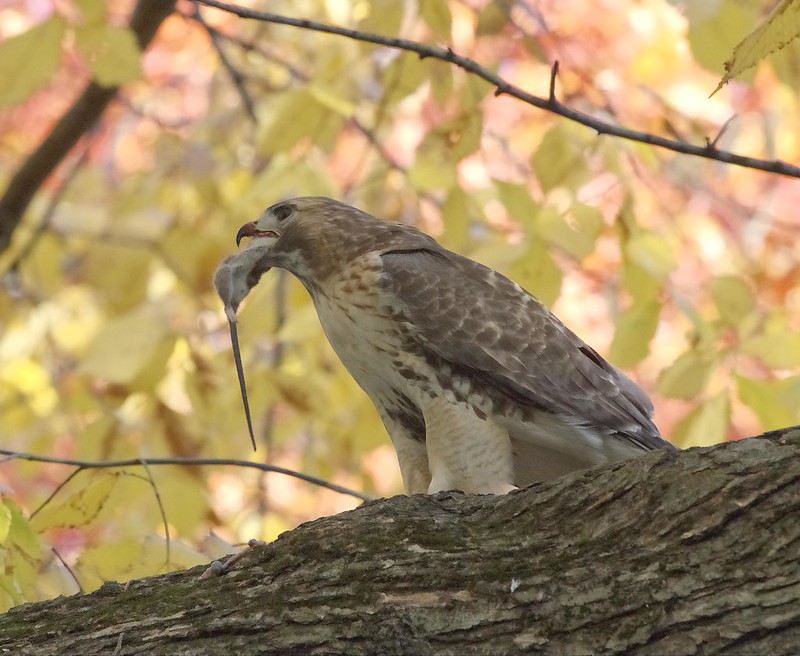 It took a couple of tries before he gulped it all down. 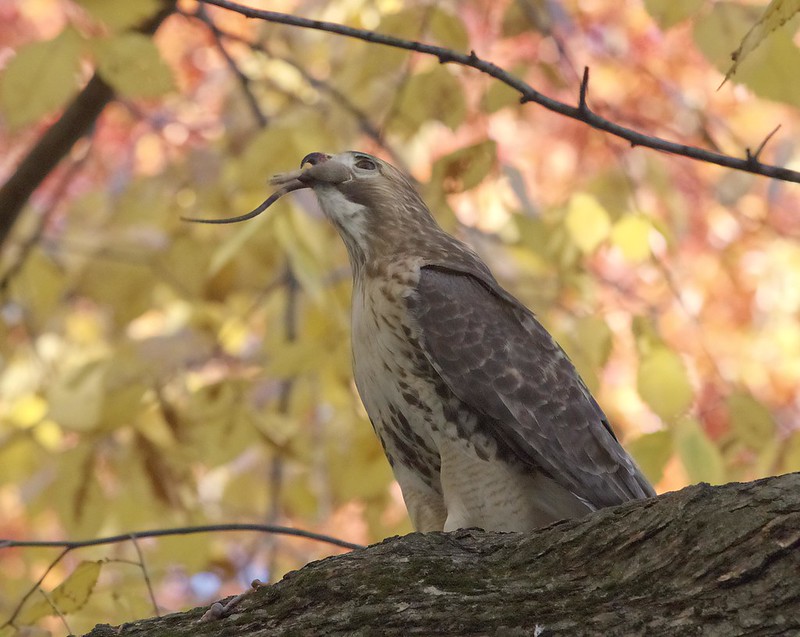 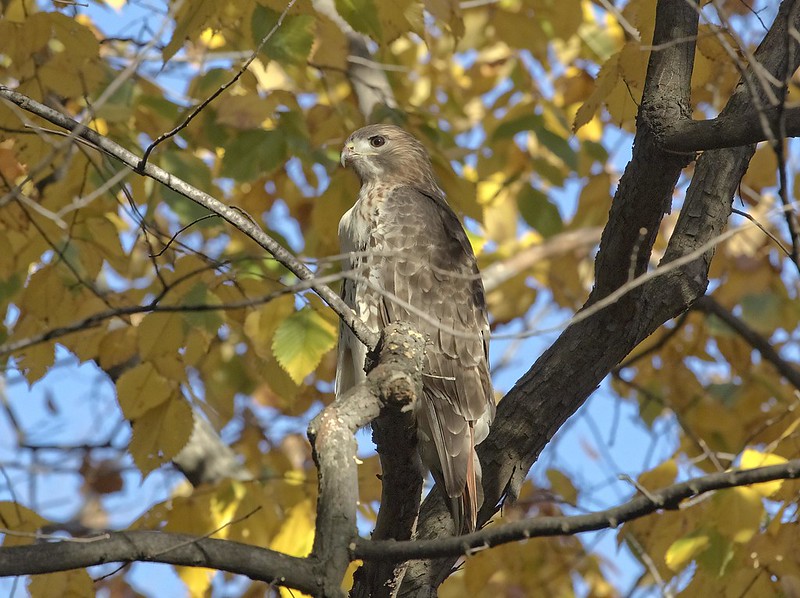 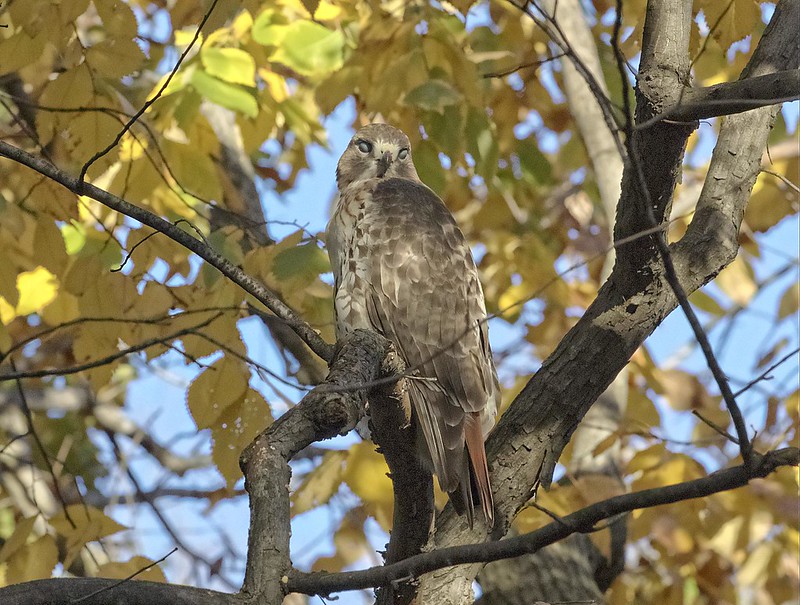 On Halloween (Saturday), it was the same routine: grab dinner behind the park offices and gobble it down before sunset.  Below, Christo flies a rat up to his kitchen table branch. 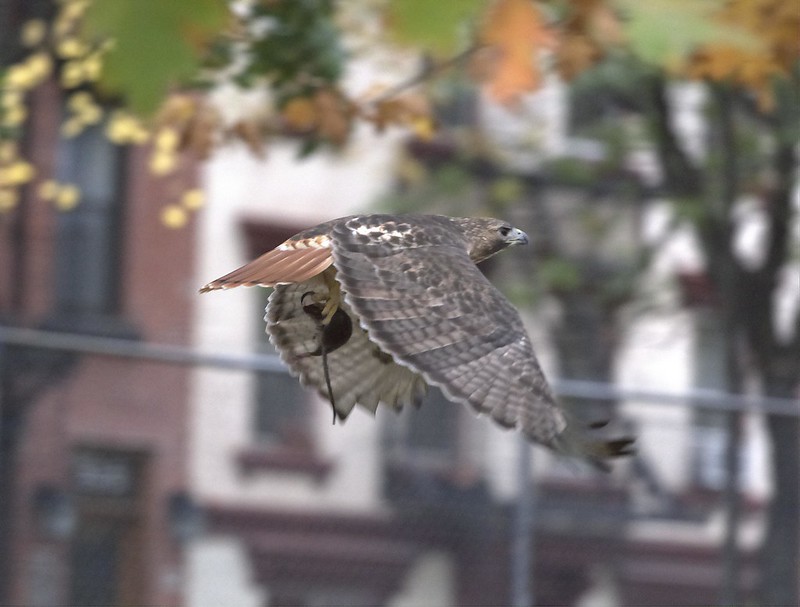 You can see the rat here dangling on the other side of the branch. 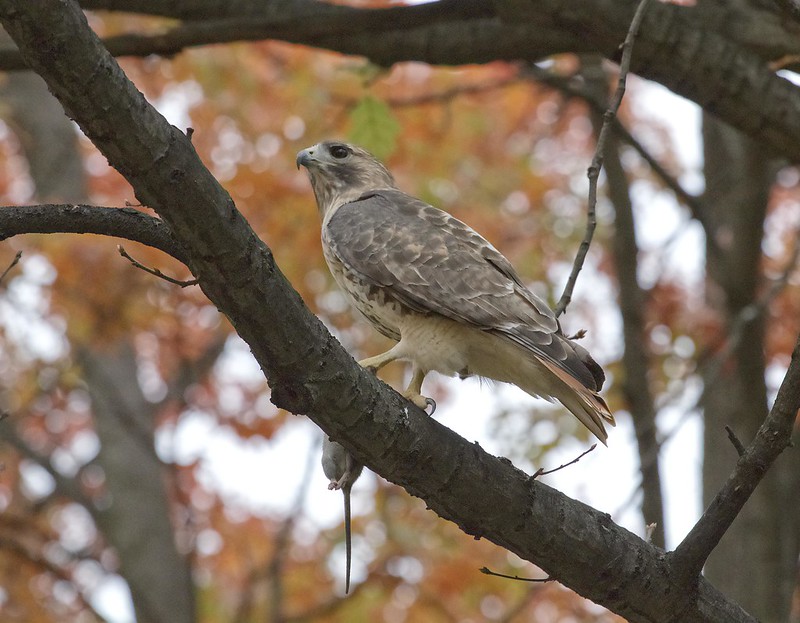 Christo doesn't seem to be a fan of rat haggis (who is??).  He discarded the stomach, but did hop down to retrieve some other entrails that had fallen. 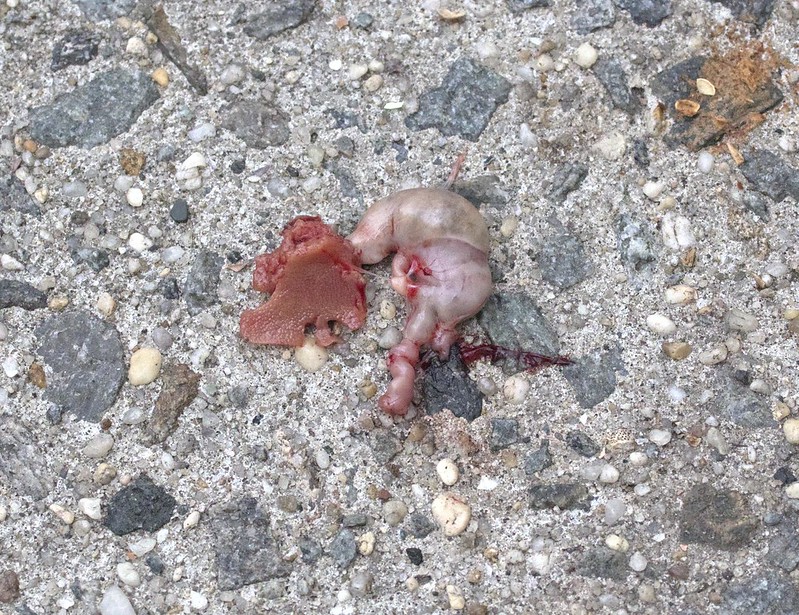 I thought later that maybe I should have taken the stomach and had it tested for poison. 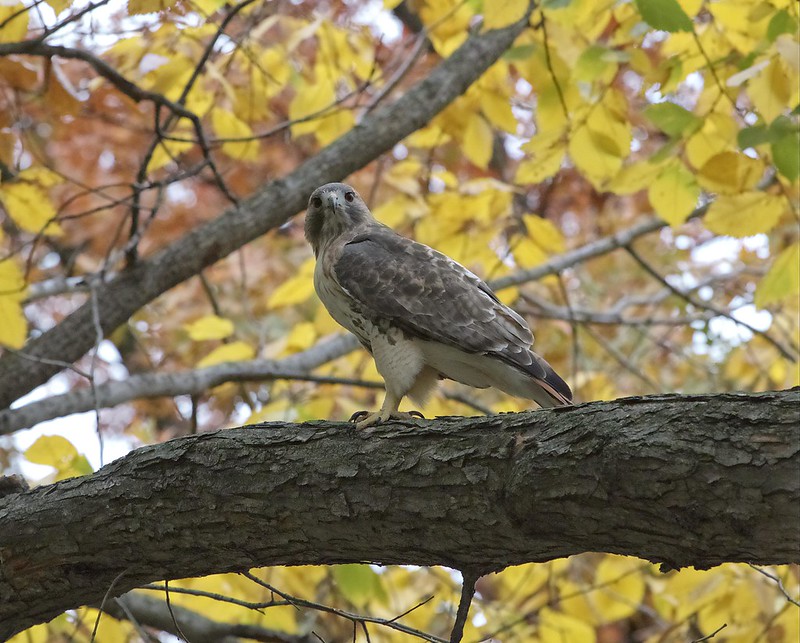